How many of you have seen the movie iRobot? I remember watching it just a few weeks ago with my parents and thinking, “what if Robots did take over the world?”. Well while I don’t think I want them taking over the world it would be nice to have a robot friend. After all they were pretty cool in the movie. Well the good ones anyway. Well WowWee the leader in children robotic toys has decided to make robot friends just for us. Introducing MiP my new robot friend available in both black and white. 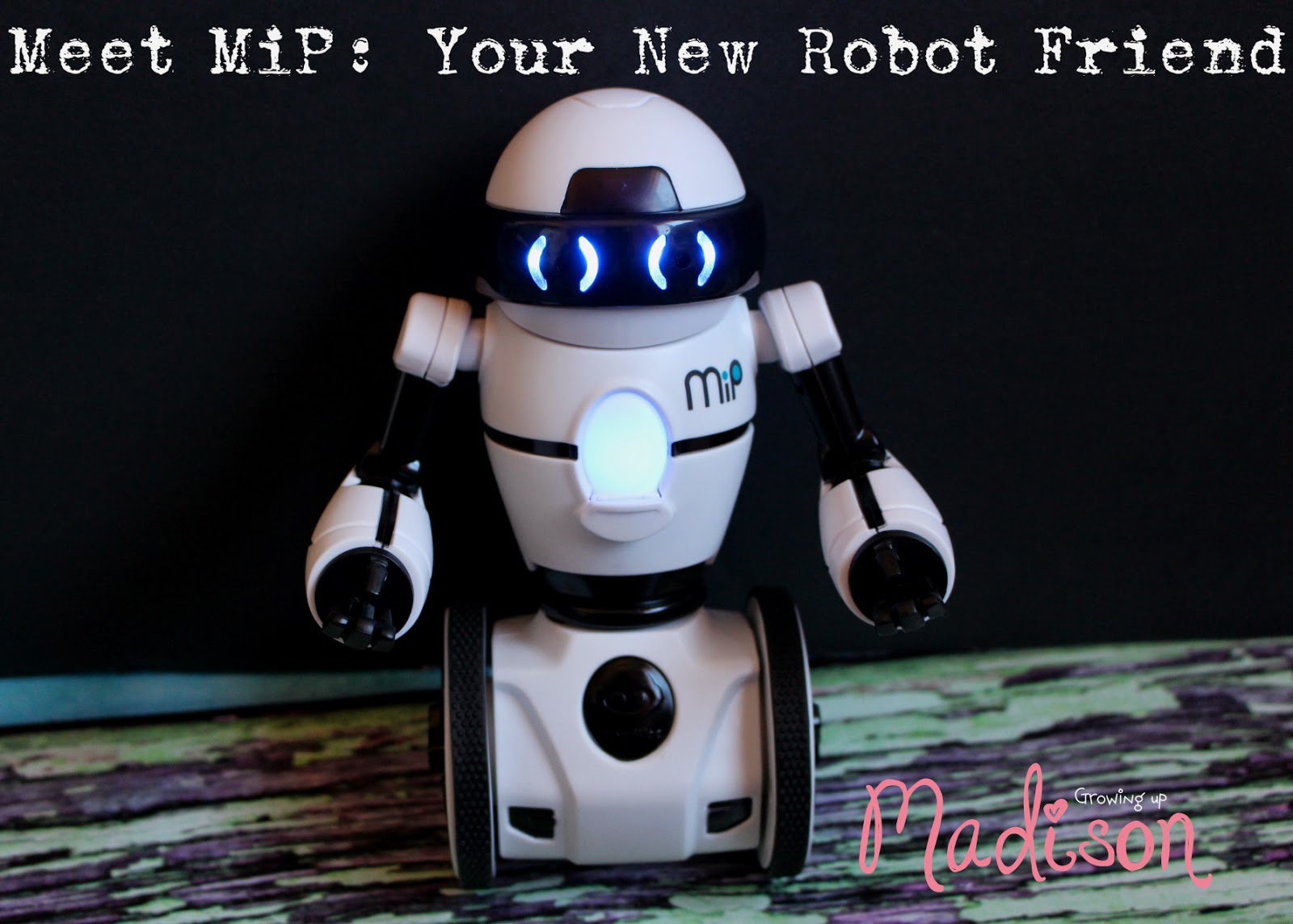 My brother was sent the white version of MiP and he couldn’t have been more excited. This does require 4AAA batteries so be sure to have them on hand or you would totally miss out on the enjoyment of playing with this super amazing robot. So what makes this super amazing you ask? Well MiP is equipped with cutting edge GestureSense technology. This means that he will respond to your hand gestures and go wherever you want him to go. He also makes the cutest robotic sounds and will delight you while you play along with him. 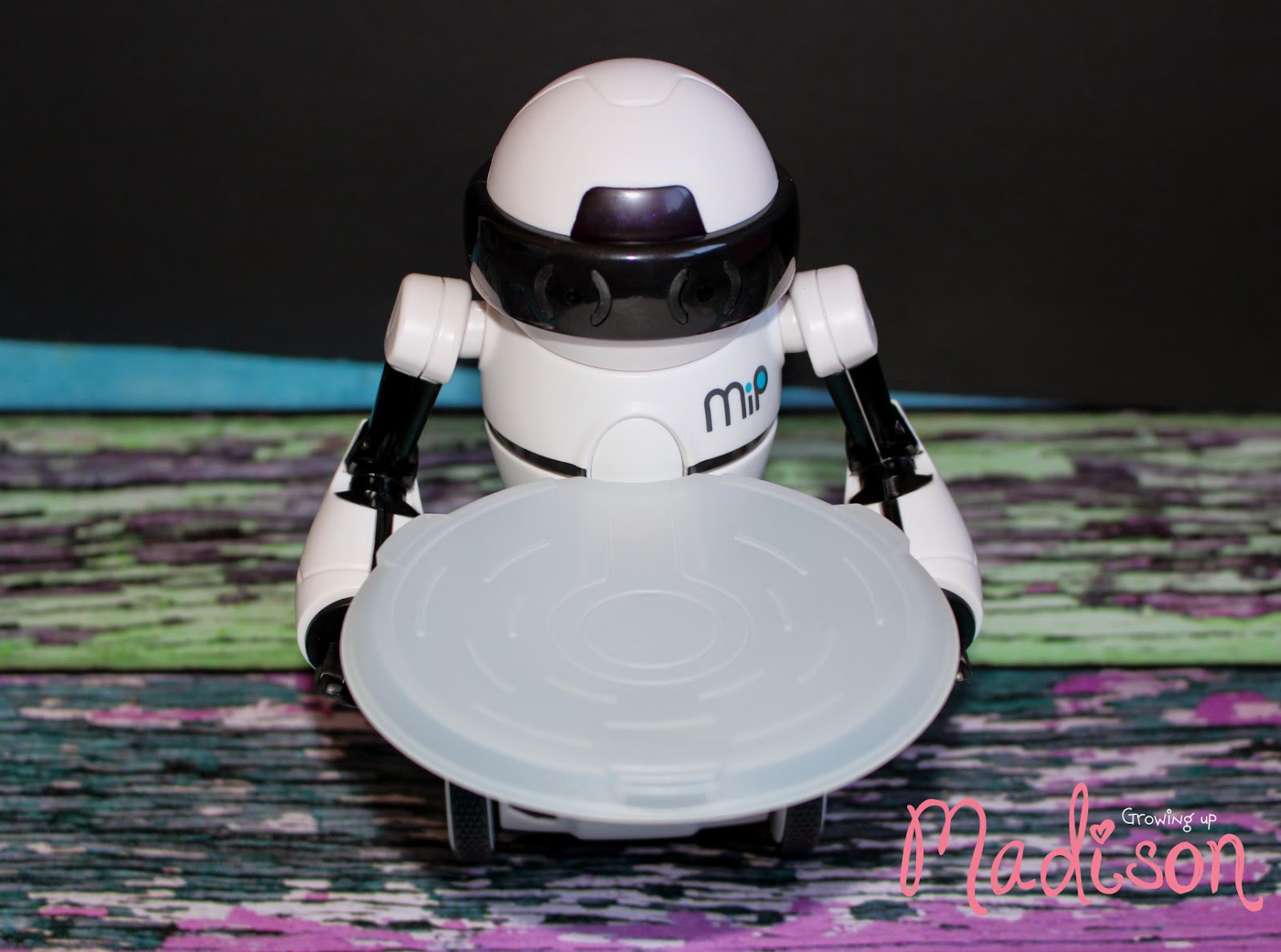 Once your batteries are installed it surprised us at how easy it was to use. He rolls around on his two wheels and a simple move of your hand in-front of his infrared sensor controls his movement. He is able to go left/right, backward/forward and around in circles. Now if you feel uncomfortable using your hand gestures, the cool thing about MiP is that he can be controlled using the MiP app downloaded from the Apple App store or Google Android store.

Downloading the app and setting MiP to be controlled by the app was also easy. Seems like WowWee decided to make everything easy for us kids to use. Make sure you have your bluetooth enabled so that your app can find your MiP. Once you’ve found him there are quite a few things that you can do using your app. Here’s what you can do! 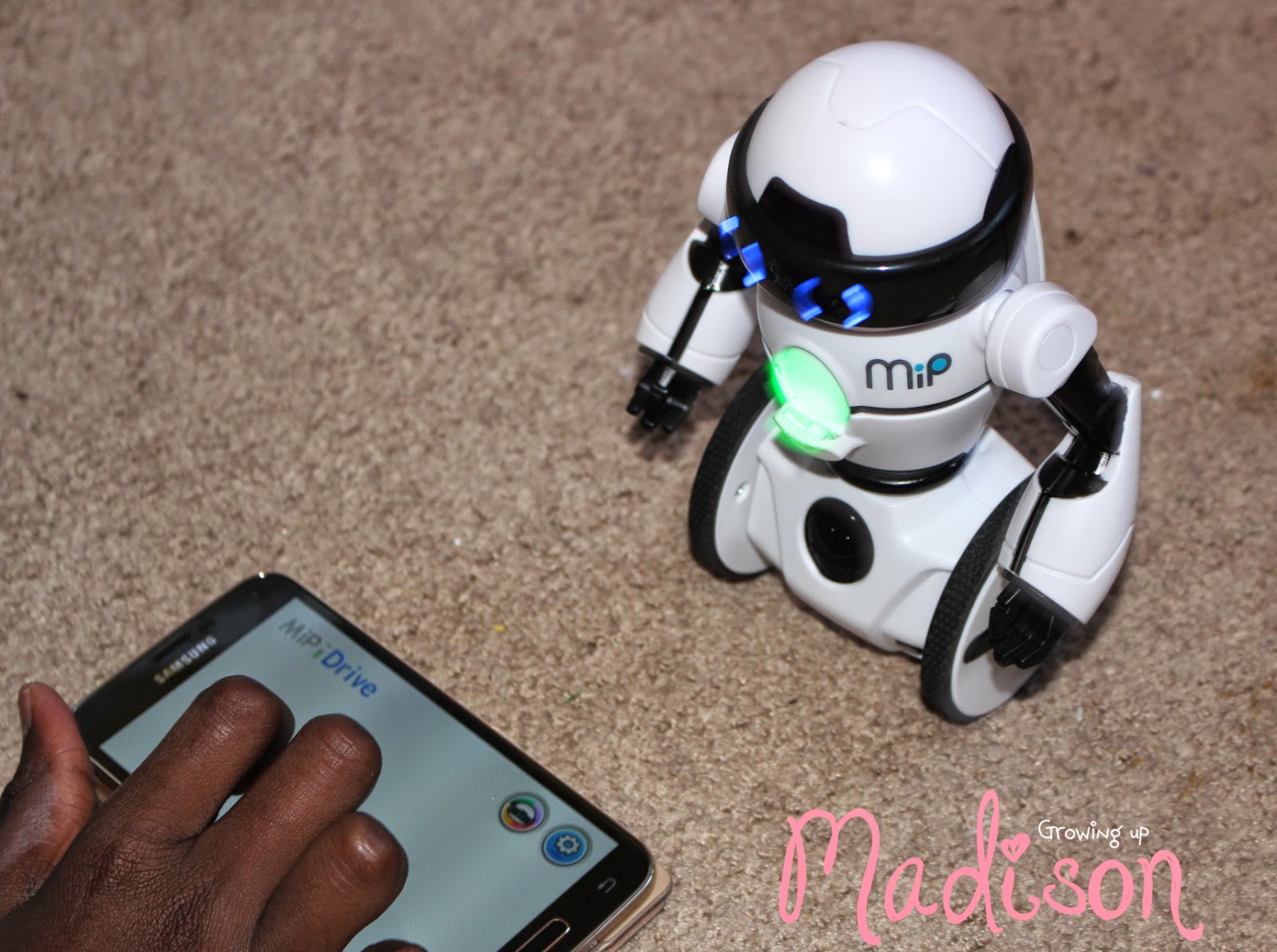 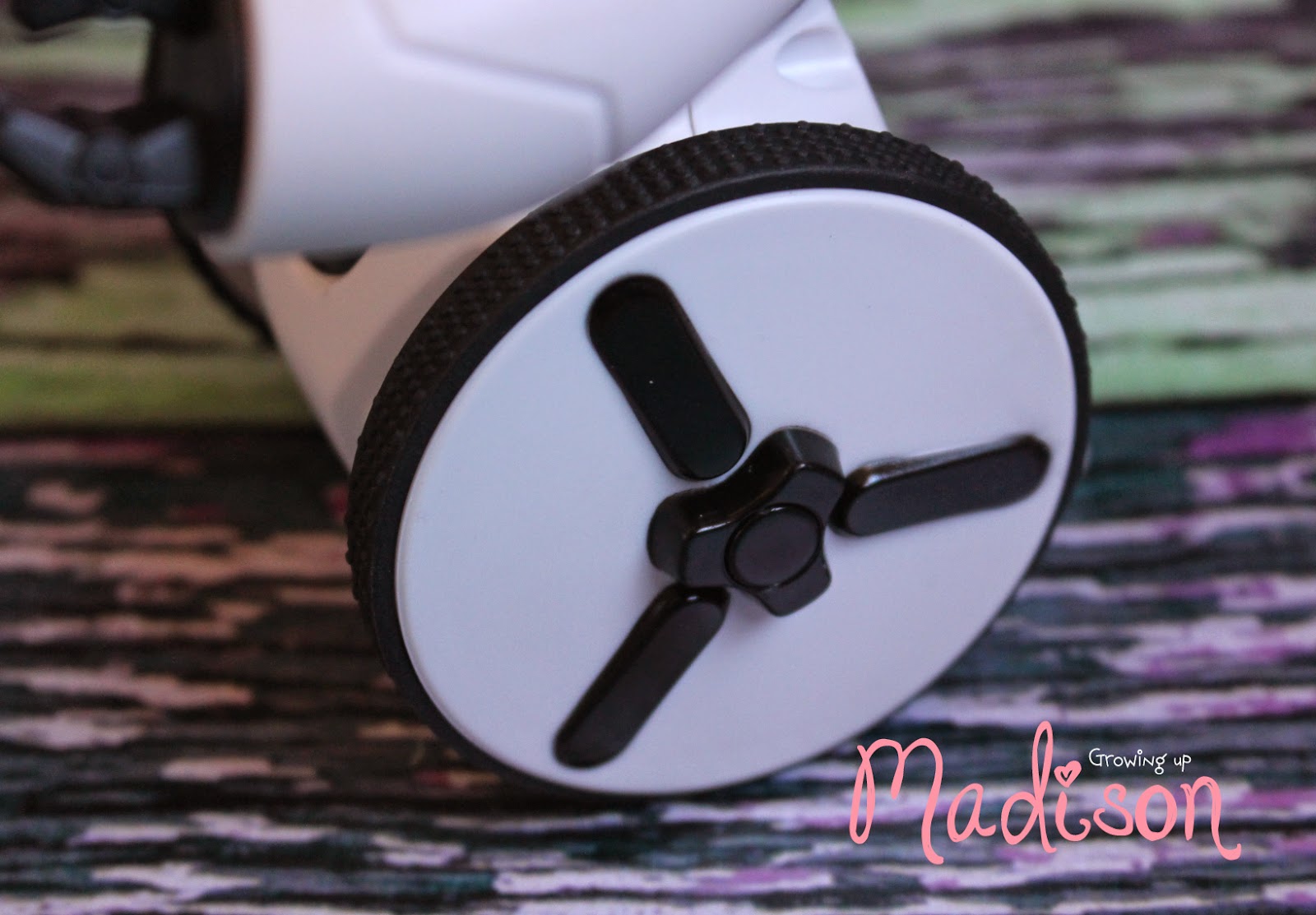 Pink mode also known as the stack mode is where you use the included tray as seen in second photo above. MiP can balance items on his tray although not too heavy items and its recommended that you not place open liquid containers on there. After all he is an electronic and electronics and liquids don’t play well together.

MiP can play tricks, dance and even track. It was fun watching him in dance mode and it would be great to have another so that they can have a dance off.

MiP does conserve his battery life is left for about 10 minutes. He goes into sleep mode and in order to wake him up, simply turn him off for about 10 seconds and turn him back on using his on/off switch located on his back.

My brother is totally enjoying playing with MiP both with his hand and with the app. He now has a new robot friend and he couldn’t be happier. He says that both WowWee and MiP gets his BIG KIDS THUMBS UP!

Check out MiP in action!

Here are the ways you can connect with Wowee and MiP: