What unique gifts should you get before leaving Australia? Madison and I recently spent a fantastic week in Sydney, Australia, and for a moment I actually thought about how I could forgo returning to the US and staying in Australia indefinitely. 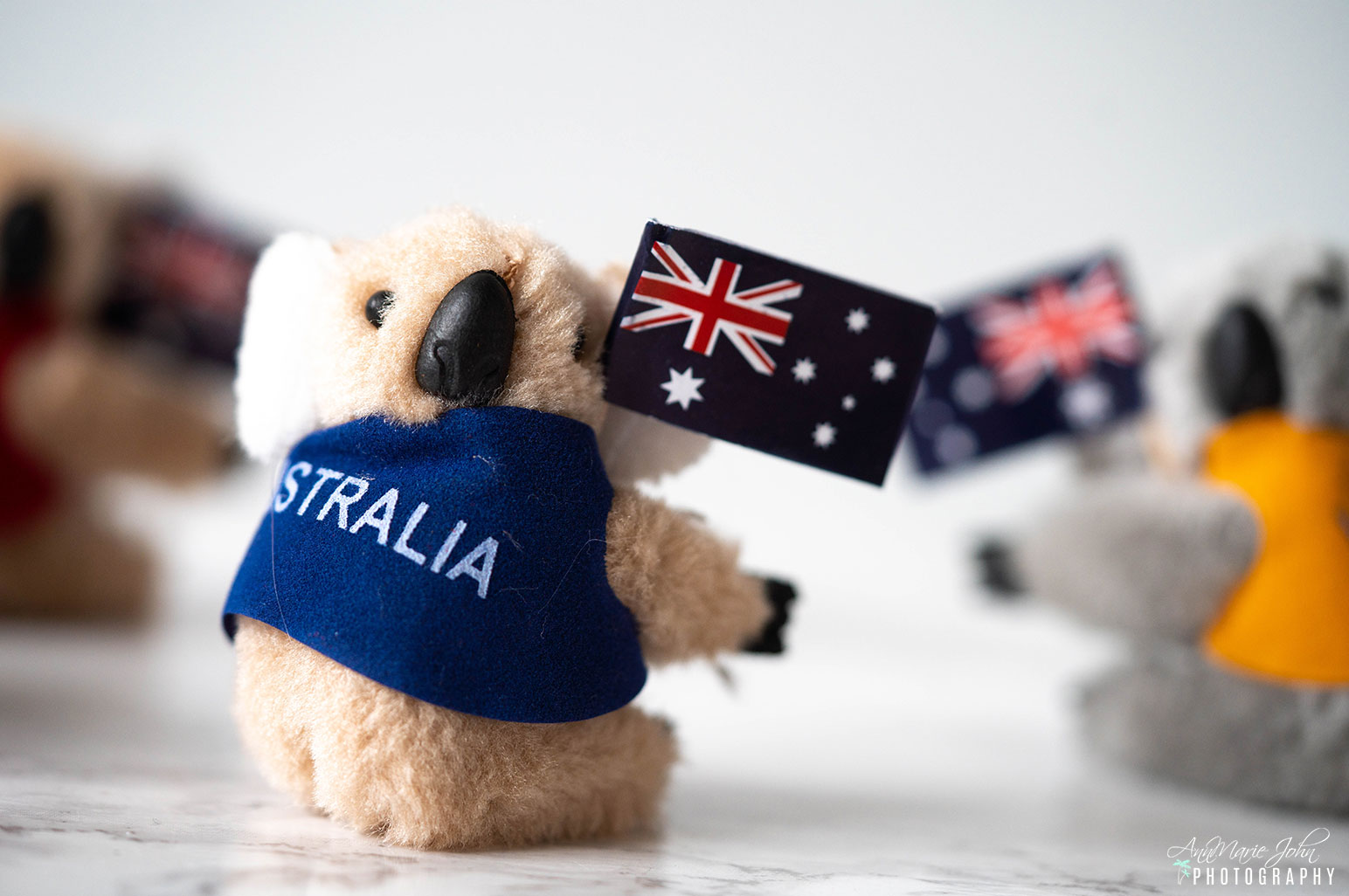 Unfortunately, for me, I’m still married with kids and have other obligations that required my return. However, before returning, I wanted to bring home a few souvenirs that would remind me of the beautiful time we spent there.

Whenever I travel, I would always bring back a souvenir or two from the places I’ve visited. Before TSA got crazy with their liquid requirements, I would always bring back a snow globe from each location. However, now that snow globes are considered a “liquid,” I’ve had to change the way I purchase my souvenirs, especially since I very rarely travel with checked luggage. So now, my mementos of choice is always a refrigerator magnet that I can display showing the places I’ve visited. Yes, my fridge is a hot mess, but I wouldn’t want it any other way.

So what do you bring back from Australia, highlighting your journey? And I don’t mean a magnet or a snow globe. Here are six unique gifts that you’ve got to get before leaving Australia. And I mean it when I say they’re unique. 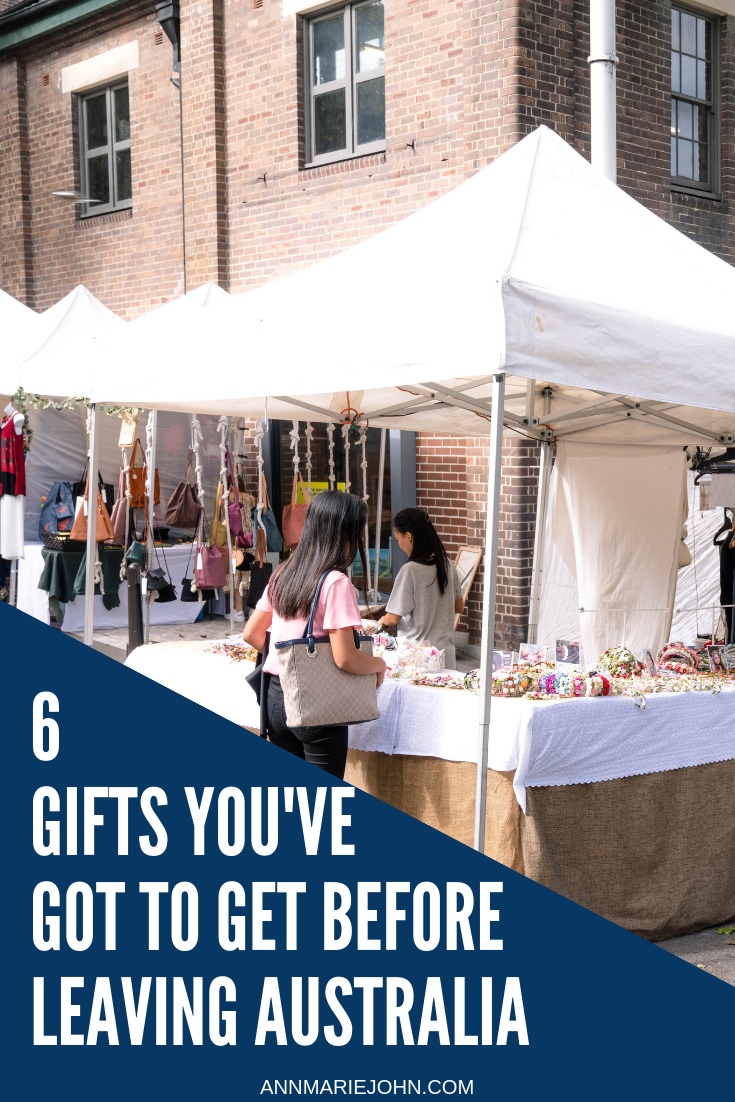 Yes, you read that right. I was surprised myself when I saw it, but I couldn’t resist picking it up as a souvenir. As an American visiting, I always thought that you could see Kangaroos running around the streets of Australia, and that they were revered animals and were more like “pets” even though wild. Unfortunately, they are killed for their leather and their meat (I went everywhere trying to get a taste of Kangaroo meat, but unfortunately for me, I could only get it raw at the supermarket, which meant that I would have to cook it). They, however, are still a protected species, and you need a license in order to kill them. 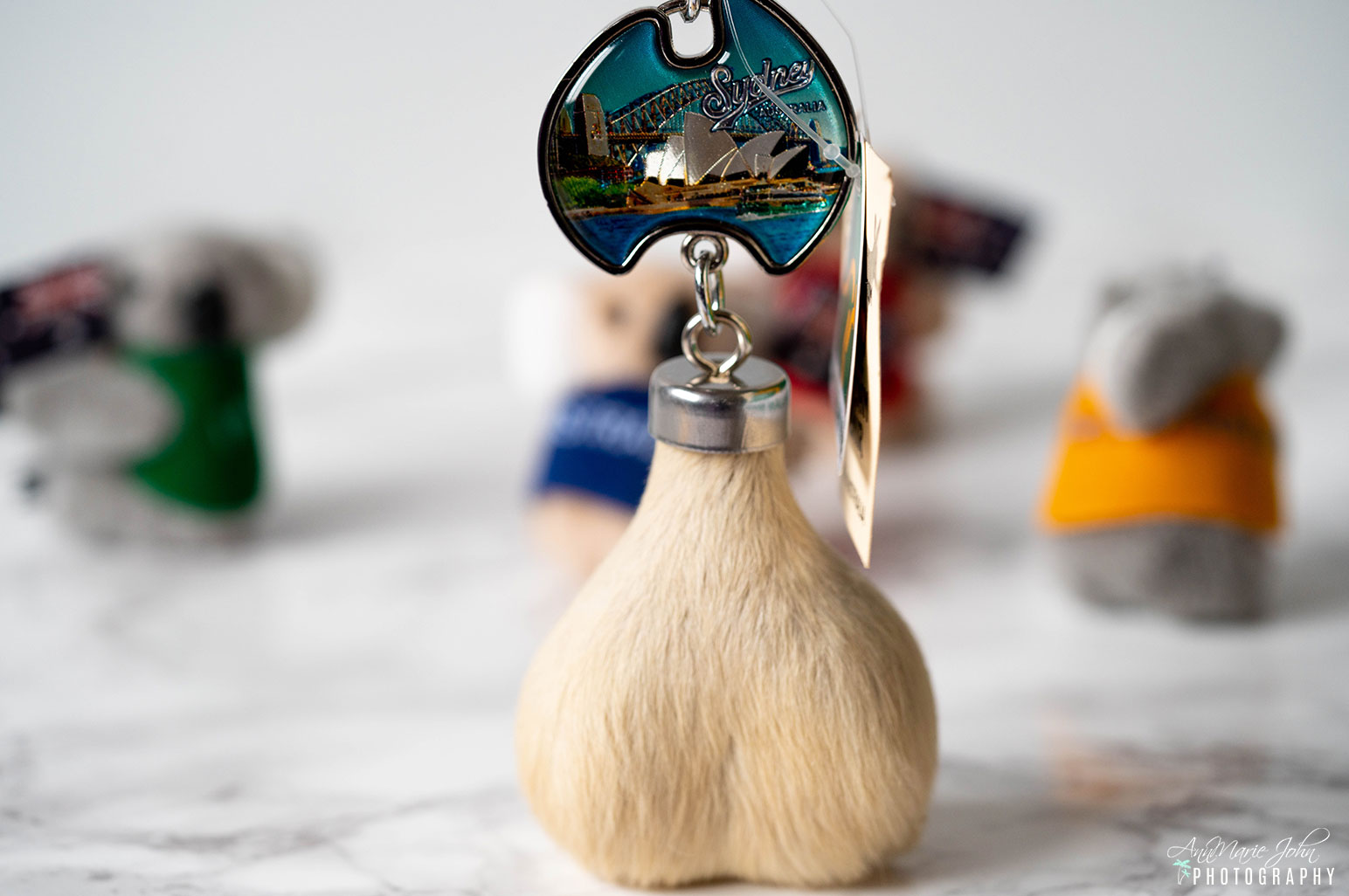 I was up for everything Kangaroo related and also couldn’t resist getting a Kangaroo coin purse. Granted, I seldom have cash on hand since I almost exclusively use a card, (it’s also a great way to say no to street beggars without feeling guilty), so this more than likely will never get used, but still, I just had to have it. It’ll be my constant reminder that not only did I not see Kangaroos crossing the streets in Sydney, even though I expected them too, but the only place we saw them was at the zoo. 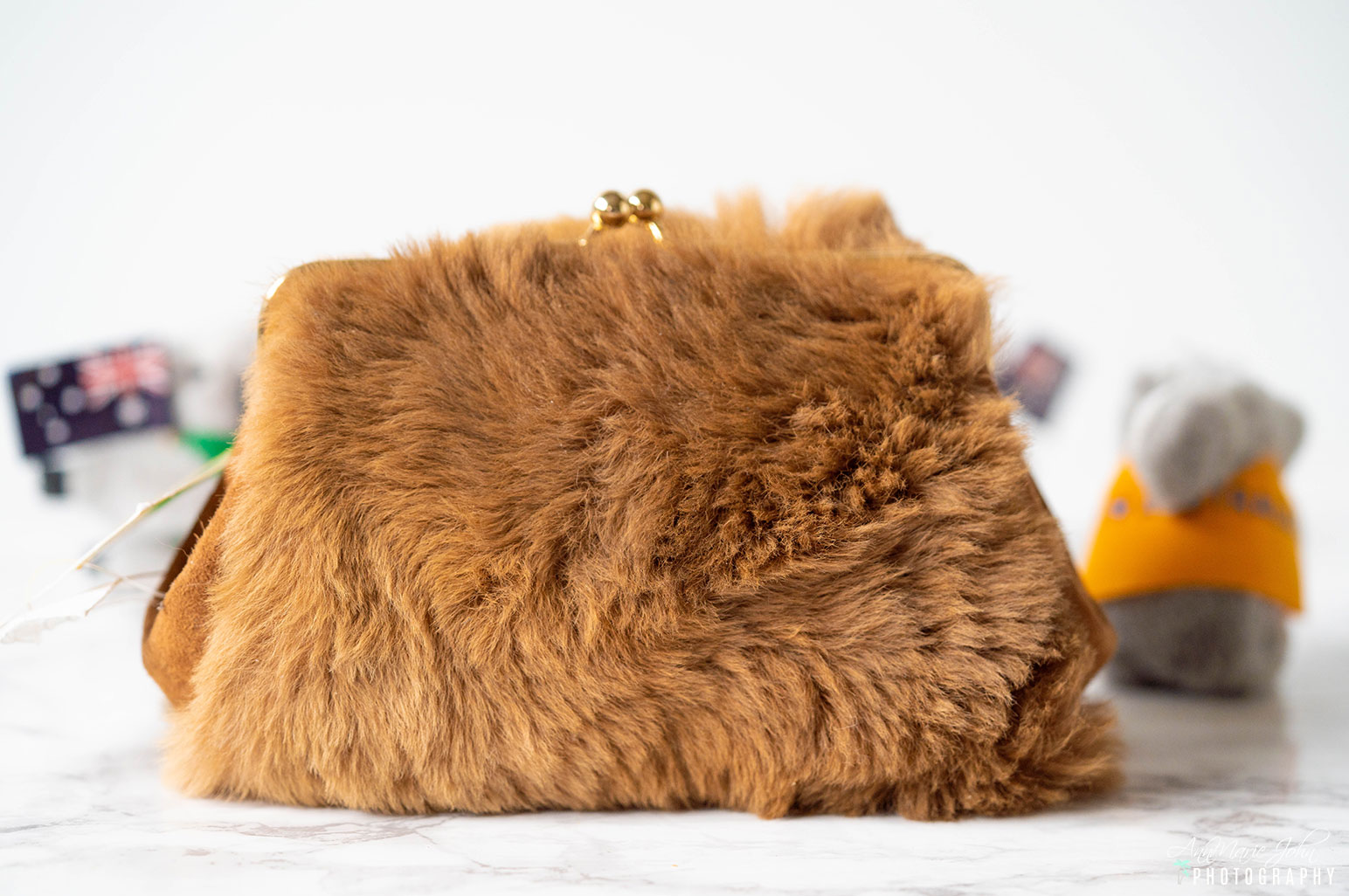 Now, what use would I have for a Boomerang? None whatsoever, but how can you not get a Boomerang while in Australia. Besides Kangaroos, it’s what they’re known for. Did you ever watch Crocodile Dundee? He uses them as a weapon, and that’s precisely what they are. Boomerangs can be widely found in gift shops around Sydney, colorfully painted, and I was told that they were used by the Indigenous people of Australia for hunting. You can find them in various sizes, and the ones I purchased aren’t considered big at all. Now I just need to figure out how to throw it and have it return to me. 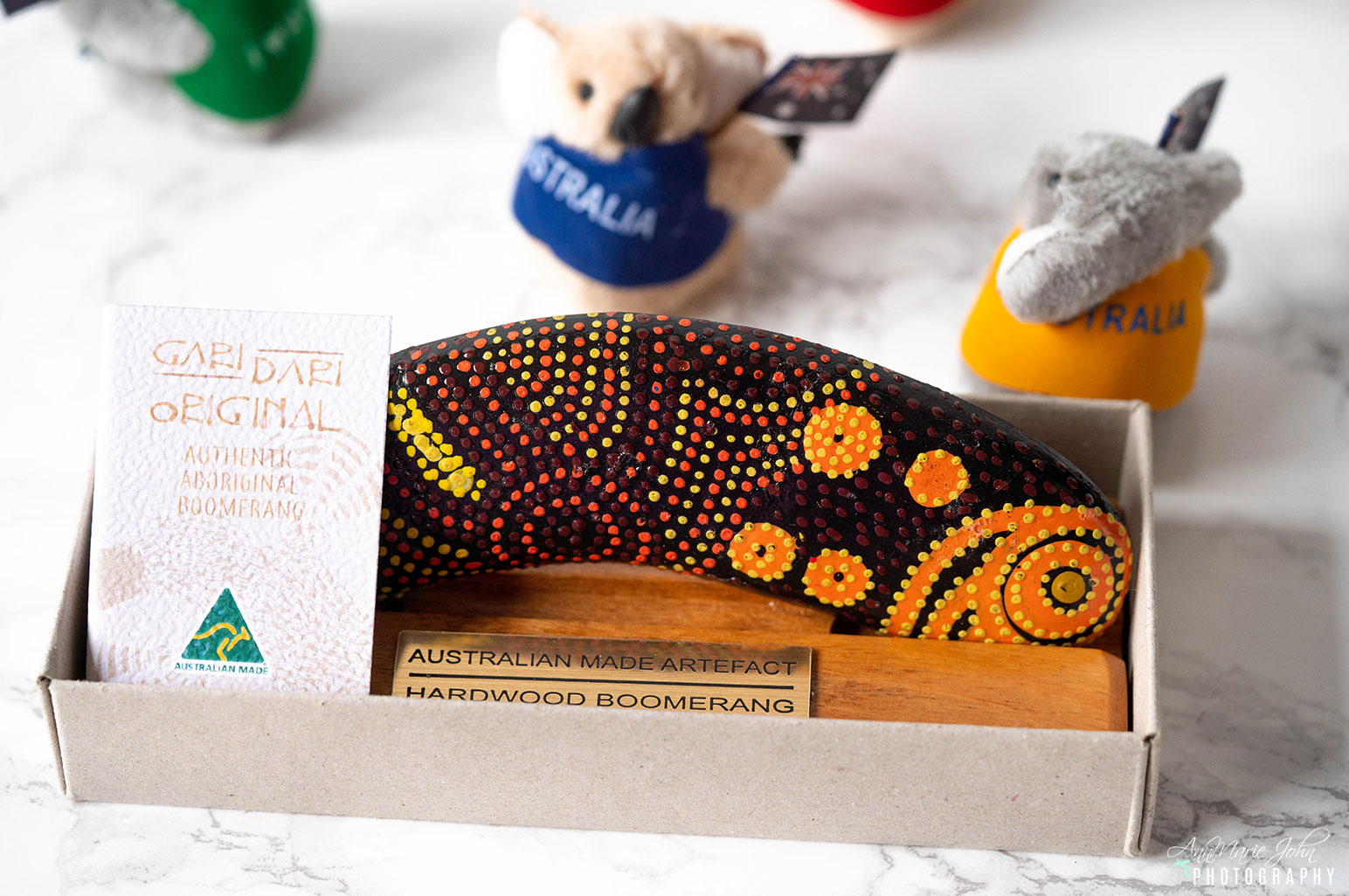 Did you know that Australia is known for its opals and that they dominate the world market when it comes to opals? Yes, over 80% of the opals you find are from Australia, and not just the white ones that you might be more familiar with, but opals of different colors. While shopping around at Circular Quay, I happened to stop in a jewelry store to take a look at their opals and picked up a silver necklace for Madison that had a kangaroo pendant that was decorated with an opal stone in the middle. I tried getting her to choose the koala since I thought they’re cuter, but she wasn’t having it. Not to be outdone, I also got a pair of earrings with the ever-popular opal for myself as well. Now as you can imagine, the price varies based on the metal and of course the type of opal you’re getting so you may expect to pay as little as $100 to thousands of dollars. 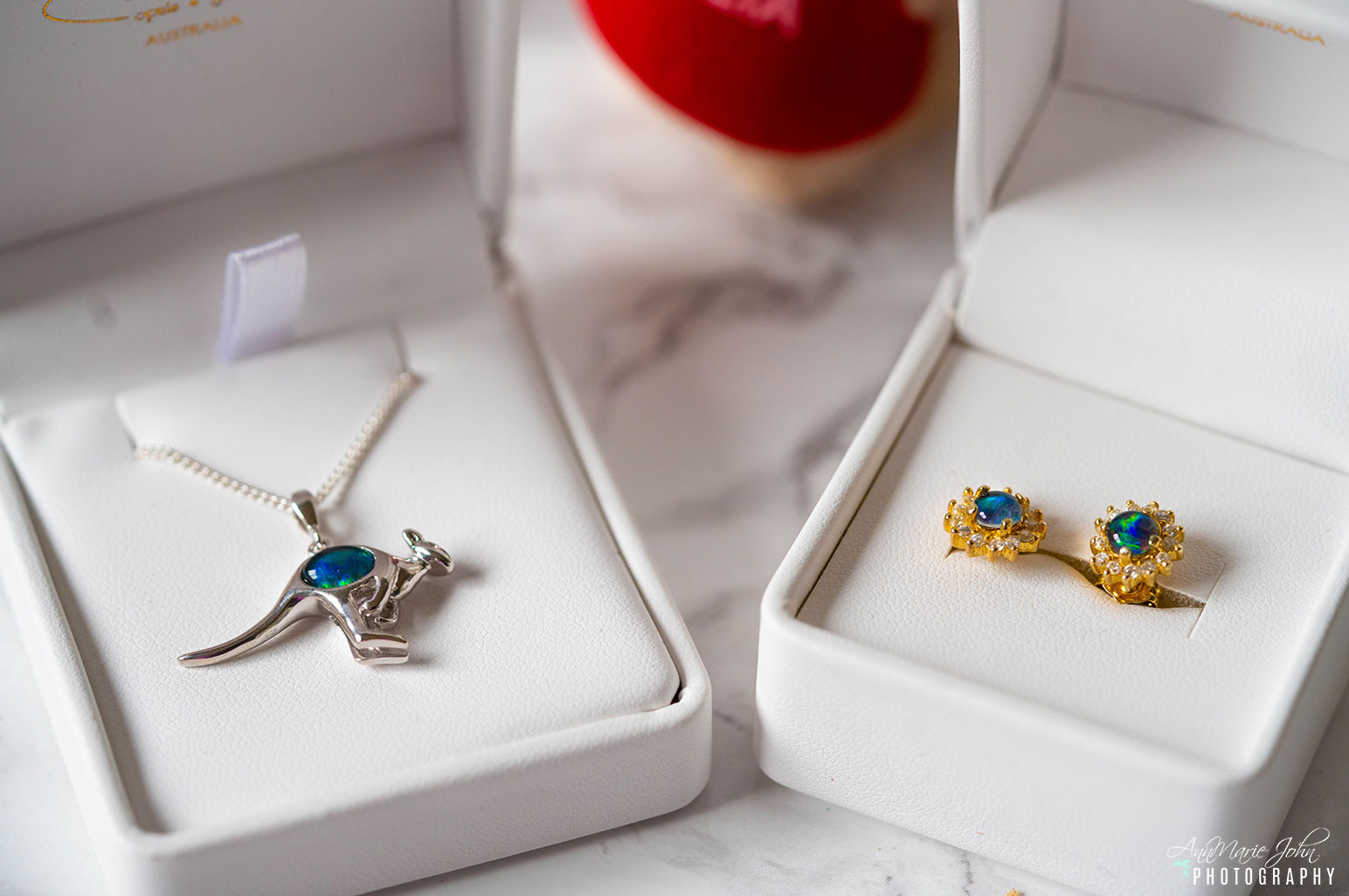 Speaking of Koalas, we all know that they’re well loved in Australia, and that they just love eating eucalyptus leaves. Madison got up close to a Koala, as close as you can really get since they’re very elusive in the wild and got her photo taken at the Wild Life Sydney Zoo. While it’s a paid activity, it’s an experience that you should not miss out on. With that being said., we visited The Markets on the Rocks, across from the Sydney Opera House, along Circular Quay. There I found a lovely lady, Amelia, who soldeucalyptus leaves dipped in 24k gold, which she turns into jewelry, and once again I couldn’t resist picking it up, because I’m all for supporting local talent. It’s a brooch and earring set, but the brooch also doubles as a pendant. 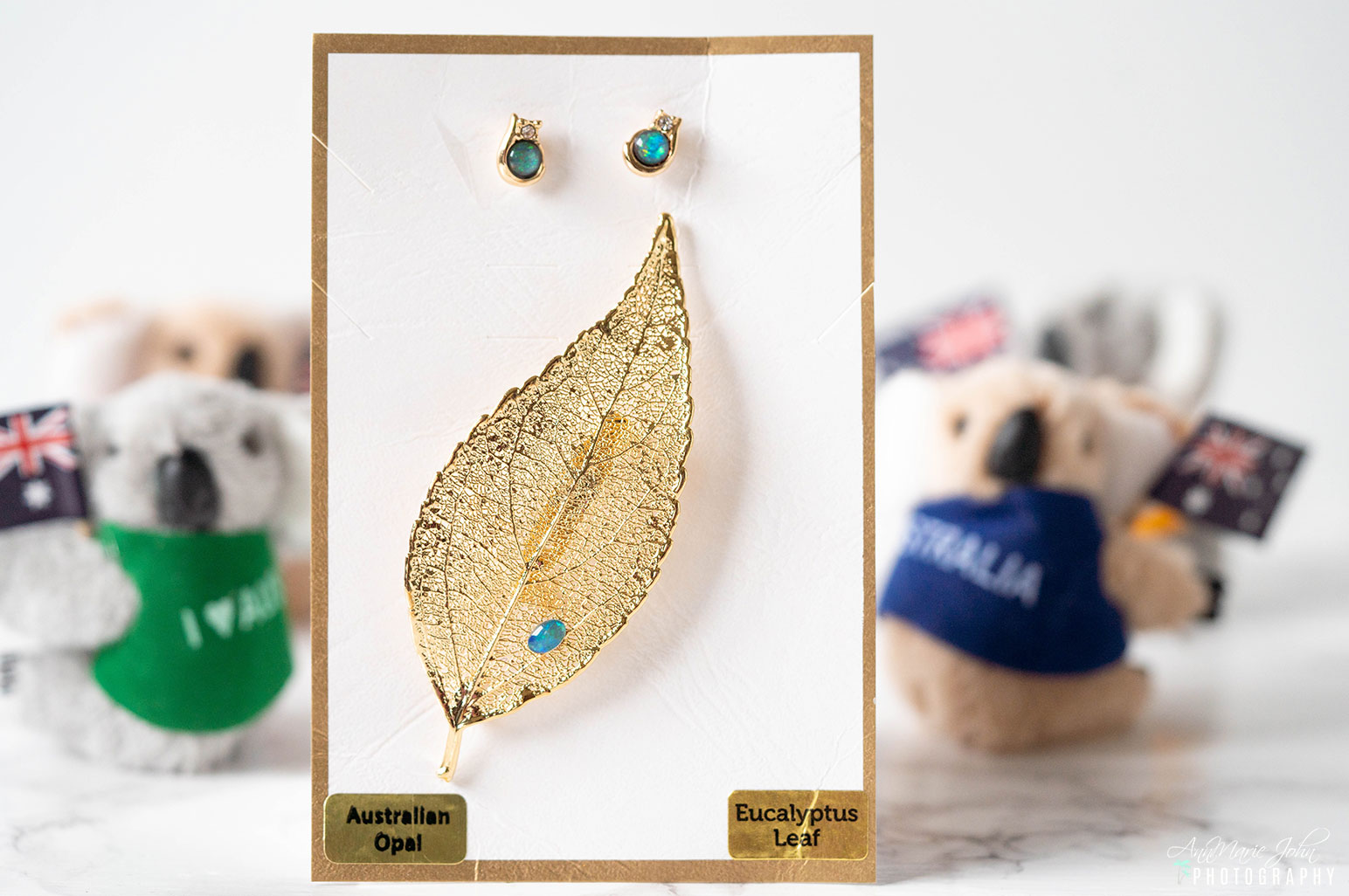 Speaking of local talent, if you ever visit the Markets on the Rocks, there you may find amazing artists toting their artwork. As I mentioned, I’m all about supporting local talent and would prefer to purchase original and unique art instead of the mass-produced artwork that you find within stores. At the Market on the Rocks, I met local artists, Alison & Allan Ashley, and opted for a single 8×10 autographed print of Sydney, with a certificate of authenticity, as that was all the space that I had in my designated carry on. Whenever I travel for about a week, a carryon is all that I take with me. 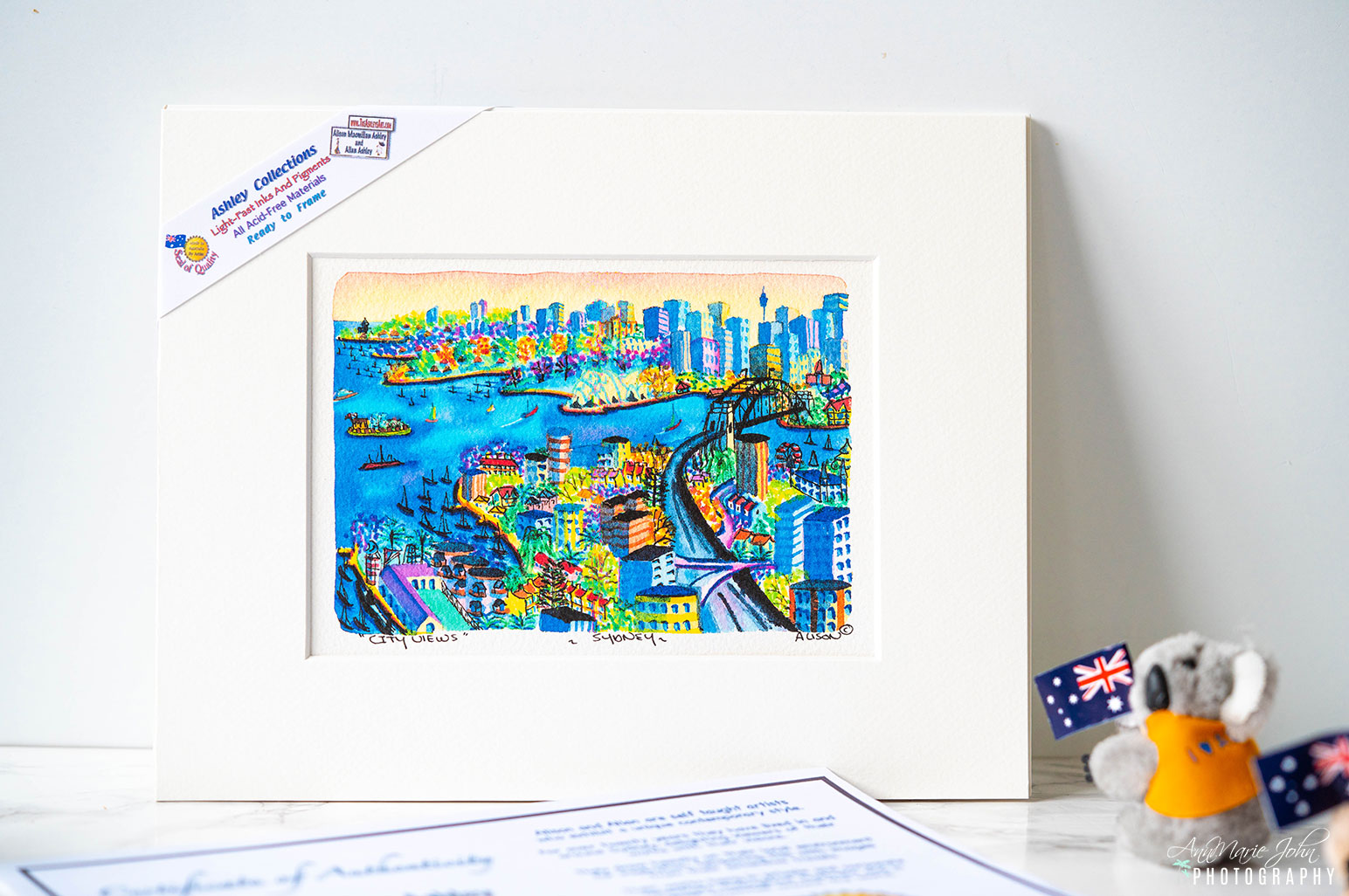 Now there may be many more that you should totally get to commemorate your visit to Sydney Australia. Of course, I was able to grab a few magnets for each place that I visited such as the Opera House and the Sydney Tower Eye, but these that I mentioned are all unique to Australia and should be added to your gift list.

Now I’m working on my return trip as there was so much that I wanted to do but couldn’t due to lack of time. So here’s a tip for you, unless you’re hitting the ground running from sun up to sun down, a week isn’t enough to see all of Sydney. But don’t forget, there’s also Melbourne so will have to definitely add Melbourne to my list of places to visit while in Australia.