I created this post as part of a campaign by Teva Pharmaceuticals. I received an American Express gift card for participating.

Have you ever experienced a headache that was so bad that all you wanted to do was crawl in bed and not leave? Well think of that headache and multiply it by 10. That’s what I experience at least 2-3 times a month. I suffer with severe migraines and they are no laughing matter. I actually spent the last few months of my military career at home instead of at work because my migraines were so bad that I had to be placed on “48hrs quarters”. In military lingo that meant that I was screened by my PA (Physician Assistant or Army Doc) and deemed unworthy to perform and sent home for 48hrs before I could return to duty. Usually I would have to leave my vehicle at work because I couldn’t drive and my husband would have to come and pick me up. I would then remain at home in a room with light blocking curtains because of my sensitivity to light, under the covers and away from everyone! I was no fun to be around and to be honest, I didn’t want to be around anyone either. My head felt like it was being pounded by a dozen sledge hammers, the nausea would kick in and sometimes the vomiting. I’ve been placed on different migraine medications and while I’m currently on one that helps to alleviate the symptoms, it doesn’t entirely take it away. 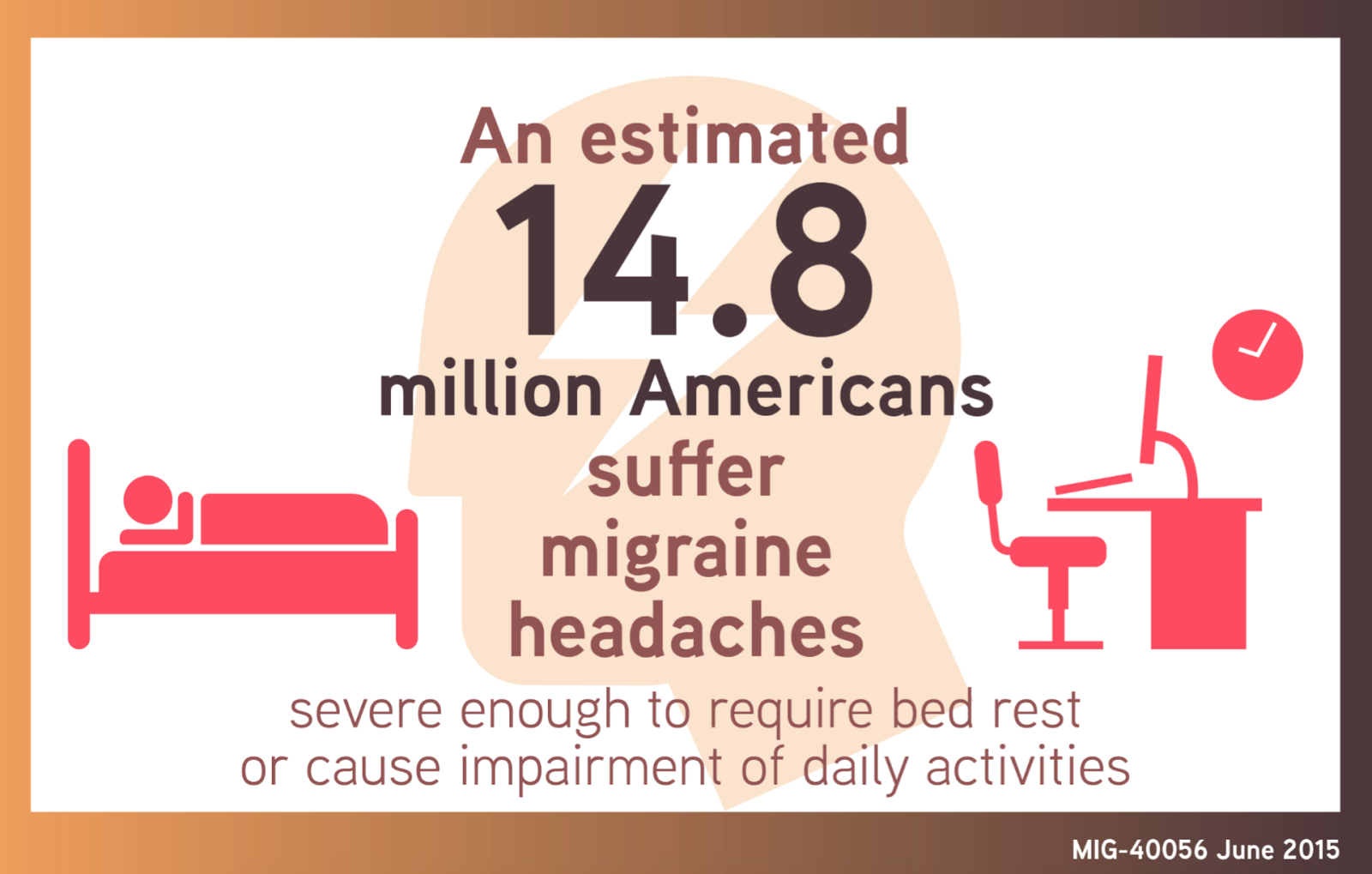 Here’s a simple fact that you may not know and it felt good to know that I wasn’t alone. An estimated 14.8 million Americans suffer migraine headaches severe enough to require bed rest or cause impairment of daily activities. Remember I told you that I actually spent more of my days at home instead of work? Well 1 was one of those 14.8 million Americans. I worked a 5 day work workweek but I would have to be at work at 0530 and there were days that I would not get home until after 1800 (6pm for those who aren’t military). I was also a Medic, so that meant that there was 1 less medic in my unit which wasn’t a good thing.

Now it is said that migraines usually last between 4 and 72 hours and there have been days where mine has actually lasted that long. 3 days off from work in a 5 day week isn’t good for the army or anyone. I was not only missing out on work but I was also missing out on my family. I laid in a dark room and completely isolated myself. No sound, no noise but it was what I needed to get better.

Here’s something else you can take note of, but about 18% of American women and 6% of men suffer from migraine. Now I’m not so sure why more women suffer than men but it sure is interesting to know.

Now while I’m still learning what triggers my migraine, I have however noticed that stress is most definitely a factor. After I lost my mom, the stress of everything actually caused me to have migraines a lot more than usual. A few triggering factors for others may be fatigue, missing a meal or two, certain foods or beverages or even loud noises. No two person are alike so what may cause mine or even the symptoms that I may have may be completely different than mine. So if you’re experiencing headaches that feel more than a headache, I would suggest visiting your primary care provider as he can help you determine whether or not you are having a migraine.

To learn more about migraines and sign up for migraine tips visit MoreToMigraine.com.