Available on December 10, 2013 for The Very First Time on Blu-ray™ Combo Pack 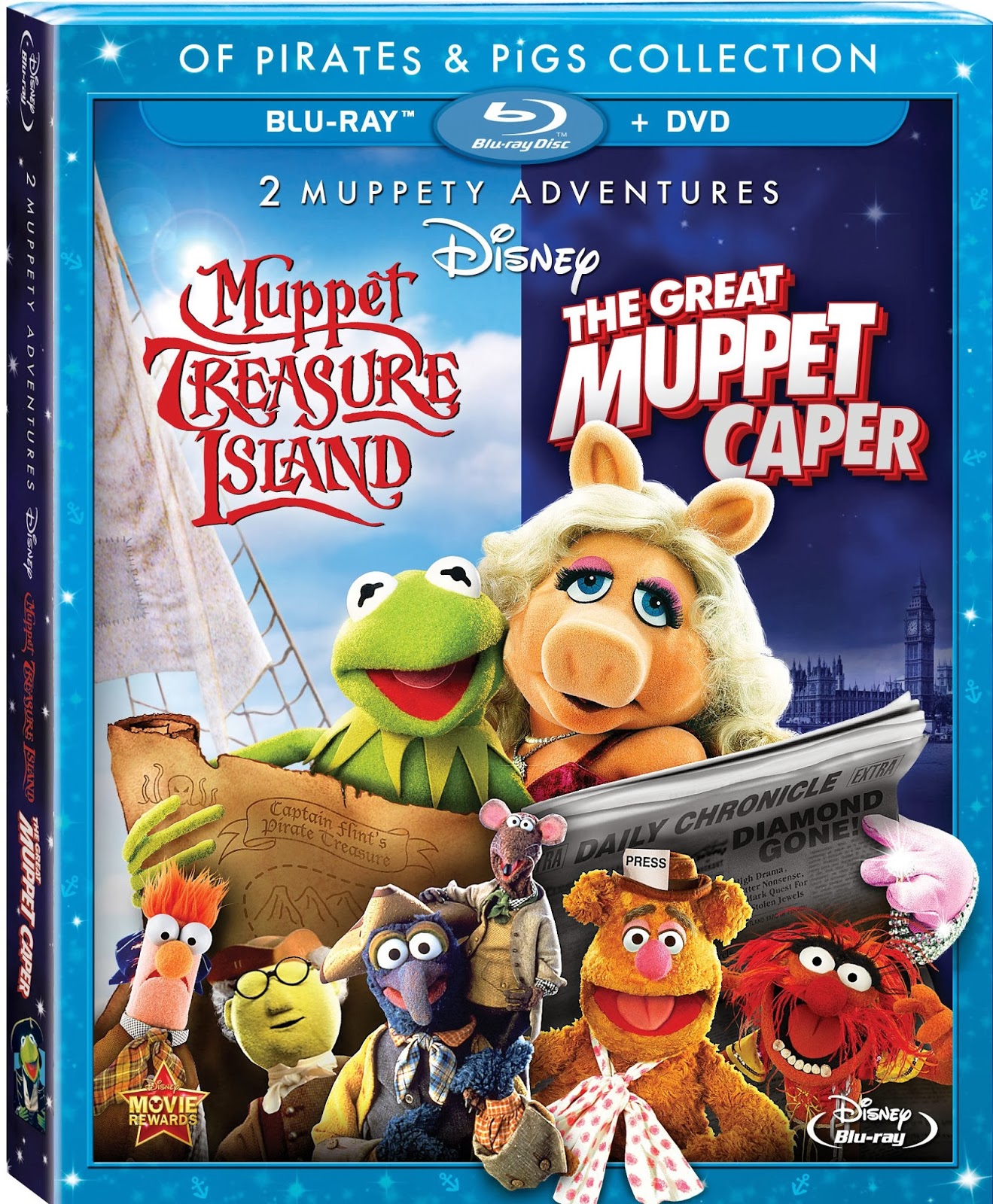 A treasure trove of hearty laughs is yours when two of the funniest, most action-packed Muppet movies of all time make their Disney Blu-ray debut in a 2-Movie Collection. From the special star-studded lunacy in Muppet Treasure Island to the jewel-heist hilarity of The Great Muppet Caper, these two classic comedy-adventures are packed with mirth, mayhem and, of course, Kermit, Miss Piggy, Animal, Fozzie, Gonzo and all your Muppet favorites.

Jim Henson’s whodunit heist-movie The Great Muppet Caper and the silly and swashbuckling high-seas adventure, Muppet Treasure Island, both restored and remastered, are loaded with unforgettable music and sparkling special effects. Two great movies plus a treasure trove of bonus features make the Collection the perfect holiday gift for Muppet fans and the entire family on December 10, 2013.

Bonus Features:Special bonus features include: Frog-E-Oke Sing-Along –Sing, howl, and croak along with Kermit and the gang; The Tale of the Story Beyond the Tail (Classic); Muppet Treasure Island Audio Commentary (Classic); Let the Good Shine Out Music Video – a rediscovered video; and a sneak of the Muppet’s next theatrical movie, Muppets Most Wanted.