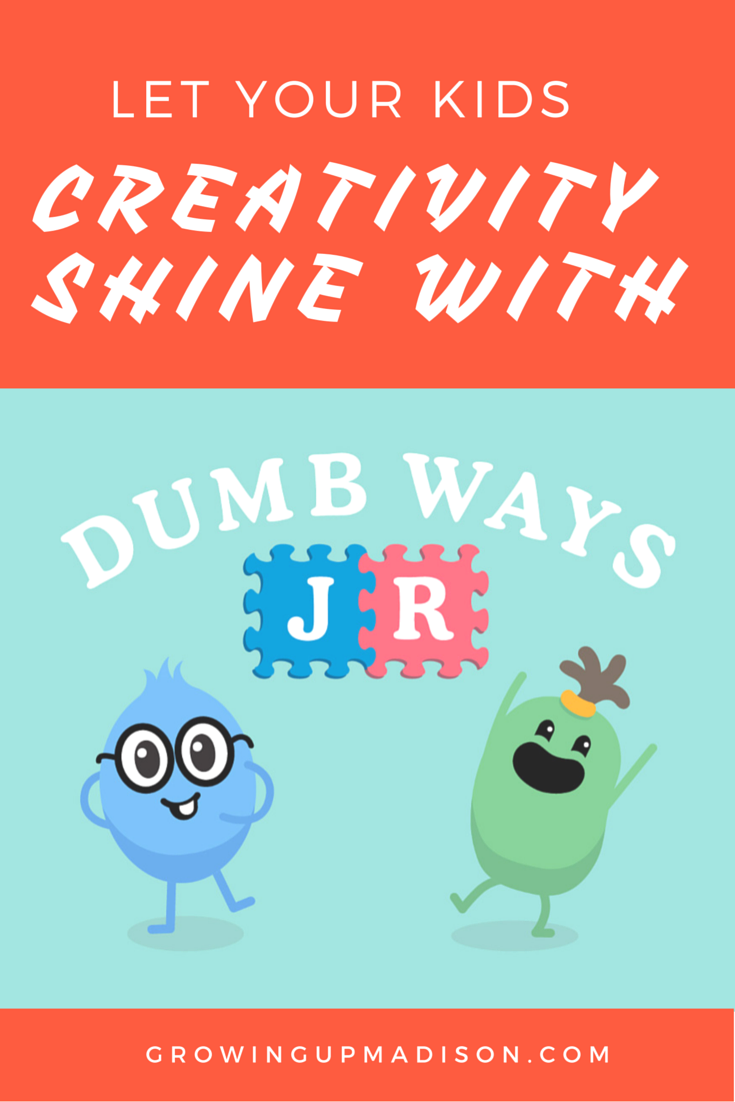 This post is sponsored by The Motherhood and Dumb Ways JR. All of the thoughts and opinions expressed are 100% mine.

From the moment that Madison, now four years old, could sit on her own, she became fascinated by my iPad. I’m not one of those mothers who let electronics “babysit” their child, but I however have learned early on that electronics are not necessarily a bad thing. Madison got her very first iPad Mini at the age of 1 and I downloaded a few educational apps for her. Sometimes it takes more than me talking and I’ve found that she’s a visual learner. She likes to look and interact with things and is very creative. I’m going to be honest, she’s even better at using her iPad at the tender age of 4 than I am at the ripe old age of 40. However when it comes to apps, I not only want apps that are fun, but apps that teach as well. Dumb Ways To Die has been around since 2012, encouraging safe behavior around trains, train stations/platforms and at level crossings. Delivered in a way that not only entertains, but teaches that it’s not ok, it’s rather “dumb” to take risks that can have serious consequences, especially around trains. However Dumb Ways to Die is a bit too gory for little kids so they introduced Dumb Ways JR which aims to do the same thing for younger audience ages 3-7. With no blood, no dying, it’s still fun and entertaining with a safety message. 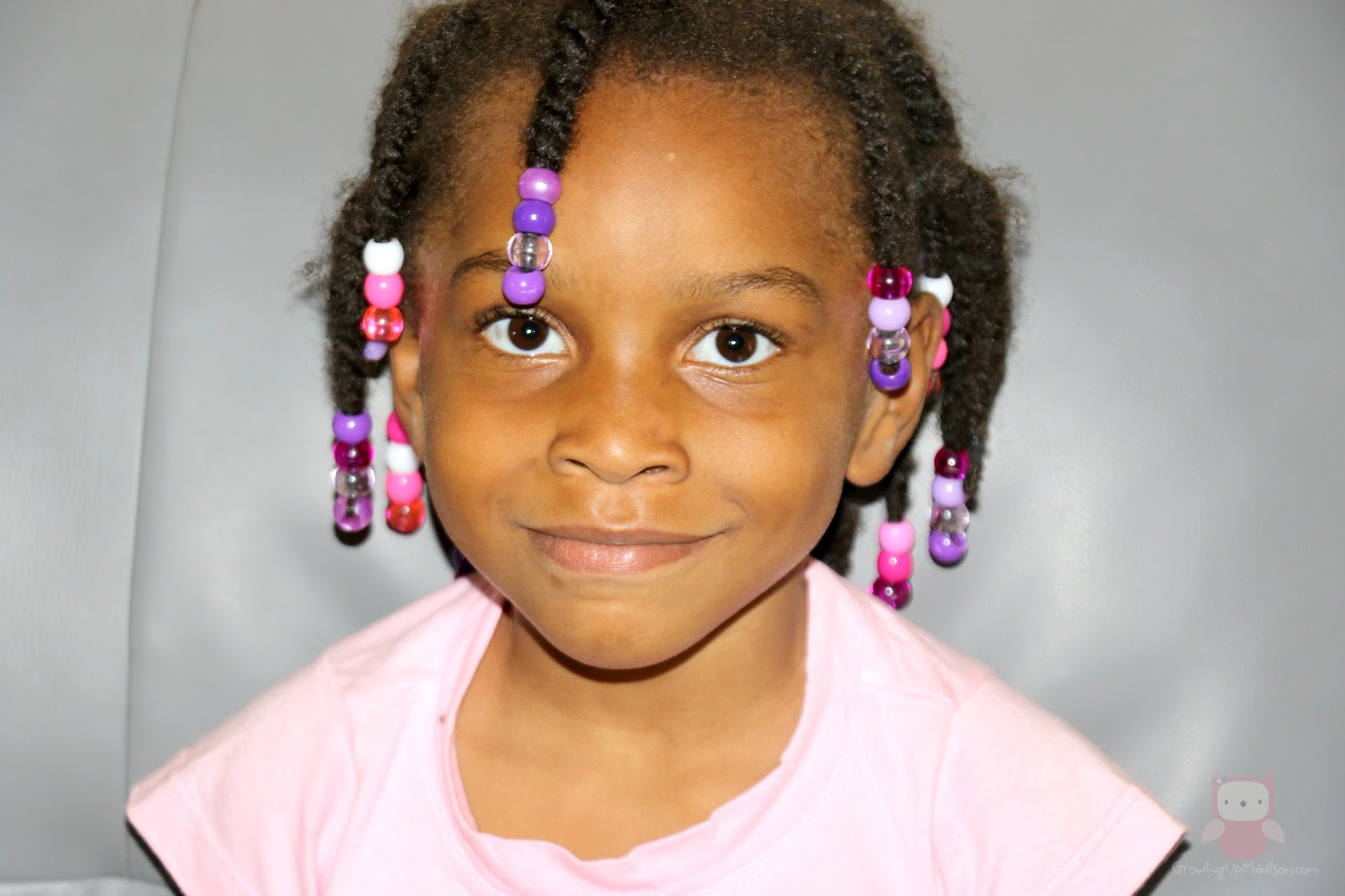 Dumb Ways JR Boffo’s Breakfast was a hands down favorite of Madison’s. She just loves being in the kitchen with me and helping. She especially loves baking cookies which we do every weekend. She helps to put the ingredients in and mix it around, but when it comes to knives and the stove she knows that they are a big no-no. Boffo’s breakfast reinforces what she knows about stove stop safety. However she is the chef in this app while Boffo is the hungry patron. She gets to make him breakfast by chopping and grating ingredients. She can also add ingredients that aren’t supposed to be added in food, items that she herself would not eat. For example she can add toothpaste to her specialty and watch while Boffo makes a silly face, because after all who eats toothpaste for breakfast?

This app truly does get her creative juice flowing. She can create endless food combinations with a simple swipe, mix, stir or tap on her screen. She just finds it hilarious when Boffo shows that he didn’t like what she prepared. 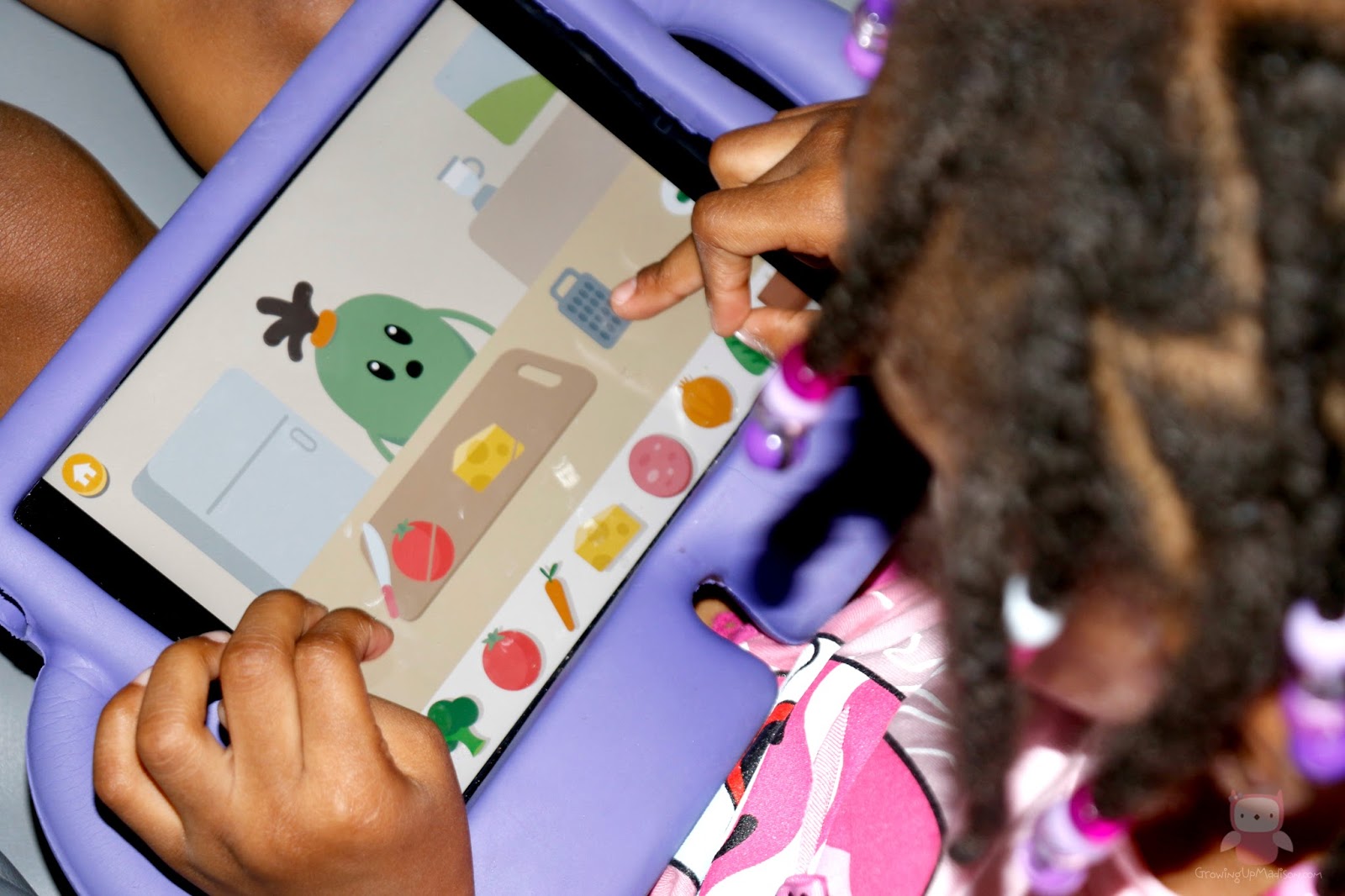 Now while this is a fun game, this game subtly teaches various aspects of kitchen safety. You can see Boffo get worried when the heat is too high on the stovetop. Now while she knows not to touch the stovetop, this reiterates that and I was really happy that it once more taught her not to touch. We also learned cause and effect, for example, she sees what happens if Boffo eats a red hot chili.

This was a hit hands down! If your children are fans of being in the kitchen then this is the app that you need. You can download Boffo’s Breakfast in the Apple Store or Google Play store.

Madison has been fascinated with trains for as long as I can remember. She couldn’t wait to get on the subway station while we were in New York City a few months ago, and it was the highlight of our trip to both London and France. She even has a train collection that we continue to add to that we bought at IKEA. Yes her love knows know bounds. However, her train set is a toy and while she has been on a train numerous times, I’ve never really taught her much besides, not to stand at the end of the platform and to wait until the door opens, and preferably not to lean on the doors. Dumb Way’s JR Loopy’s Train Set however teaches more about train safety that I ever did.

There are two modes of play: Drive or Build. 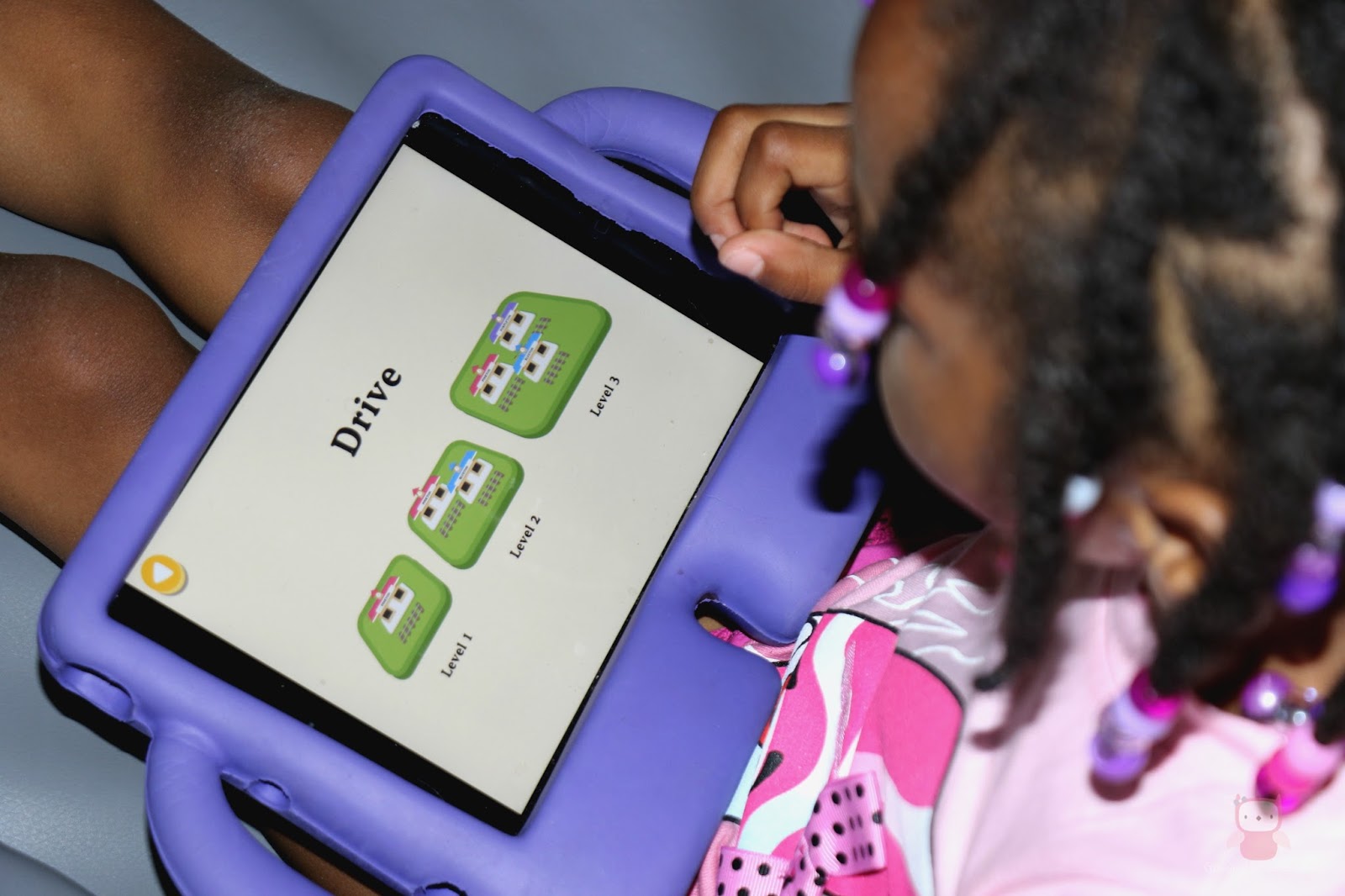 In Drive mode, children interact by using onscreen controls to drive Loopy’s train around a prebuilt track. The design encourages children to create their own narratives as they assist passengers to board and exit the train as well as select the train speed and more points to alter the route.

In Build mode, the children are the makers. They create their own train track by arranging and connecting different-shaped pieces of track. They can also add items such as houses, trees and animals to their scene. After they have built some track, players can drive the train along it. 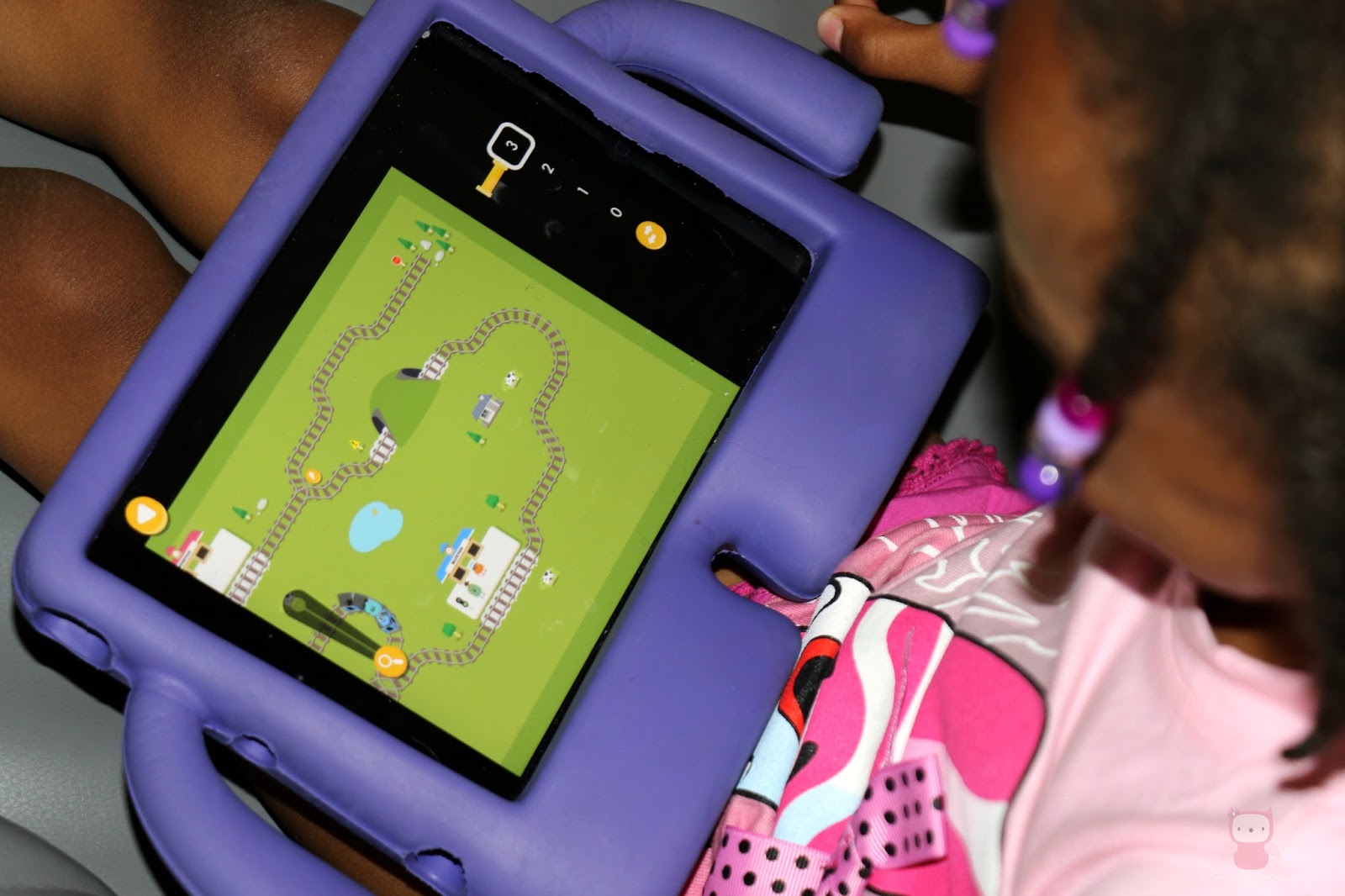 Madison while having fun playing was actually learning quite a lot about train safety. She learned that while the train was moving that the characters cannot cross the tracks. Just like in the real world, it’s not OK to cross the train tracks. She also saw that the boom gates at the level crossings automatically comes down when a train approaches. She has seen those when we’re heading home and the train is approaching. She truly enjoys playing and would tell me play by play what’s happening while she’s playing. I just love the conversation which helps with her articulation and vocabulary.

If you have little ones who are in love with trains then you can download Loopy’s Train Set in the Apple Store or Google Play store.

With both apps I’m able to teach Madison about safety, train safety and kitchen safety while she enjoys the fun aspect of it as well. She is able to create and build and even cook the way she wants. I’m all for free form play and Dumb Ways JR has not disappointed me. She’s the one in charge! The apps provide age appropriate challenges and she’s given the freedom to create different outcomes. The characters are lovable and hilarious and while you may see her being serious on the blog, you can always hear her laughing whenever she plays one of the DumbWays Jr Apps. I highly recommend to any parent looking for a fun app that helps with creativity and encourages safety. These totally gets our thumbs up!

Here are the ways to connect with Dumb Ways to Die:

And Dumb Ways to Die JR:

Let’s discuss: What do you look for in an app for your child?