All Madison wants for Christmas is her two front teeth. Learn how I reward Madison with TEDDY SOFT BAKED Filled Snacks for her missing tooth. 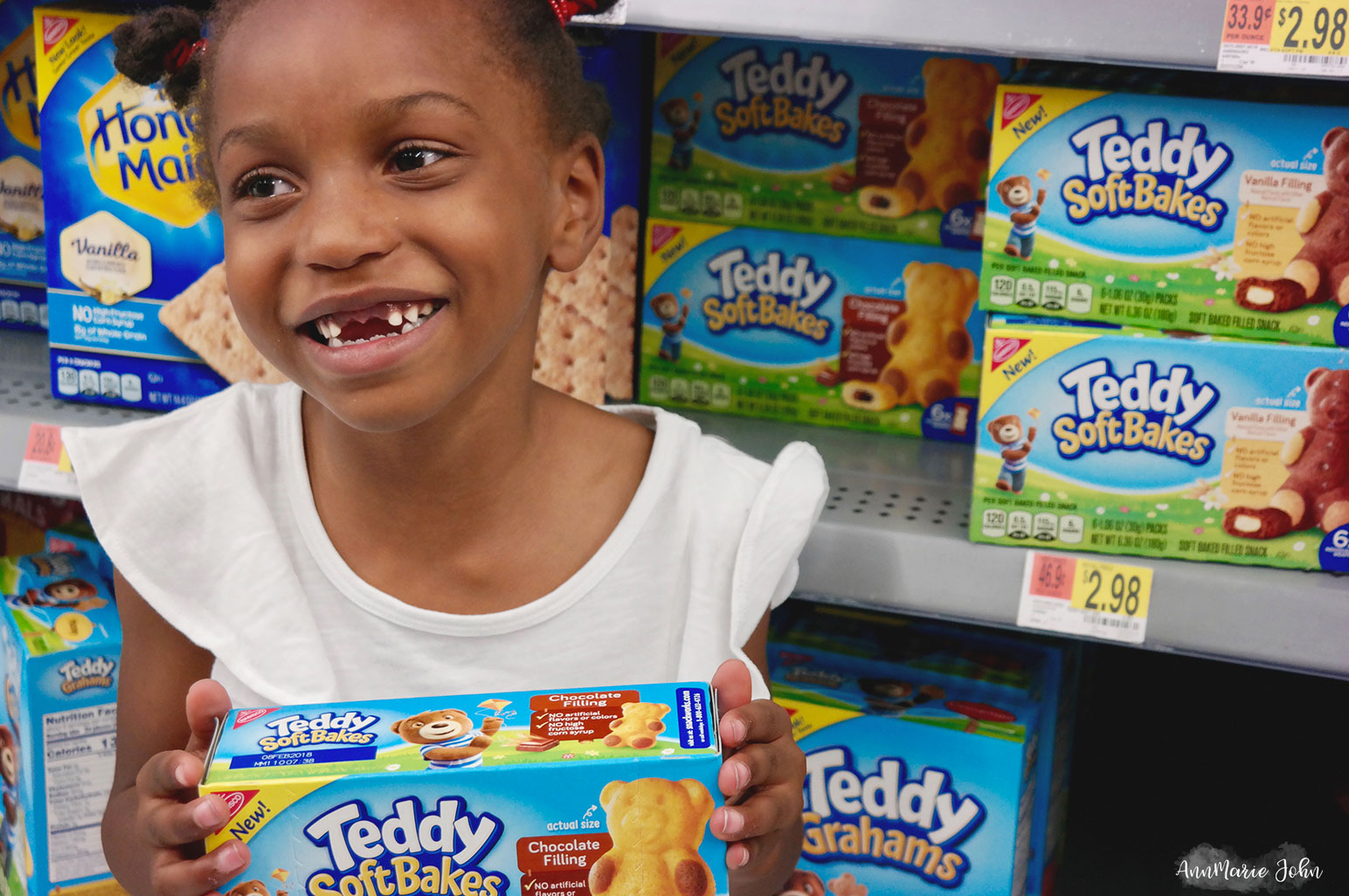 Madison is now five and while she’s grown up before the world’s eyes, I still can’t believe that she’s grown up this much. With growing pains comes tooth loss and Madison has been losing her teeth since the age of four. At first I was concerned because I’ve never had a child lose a tooth that young before, but I was reassured by her dentist that it was very normal indeed. Apparently, the younger you are when your baby teeth erupts, you run the risk of losing them sooner rather than later. With the loss of her tooth I wanted to reward her with something else besides money. After all while I think it’s great to give kids cash for their tooth, she’s still at the age where money has no value. She is also of the age where the belief in the tooth fairy is real, which is great, but I wanted other options. So what did I come up with? 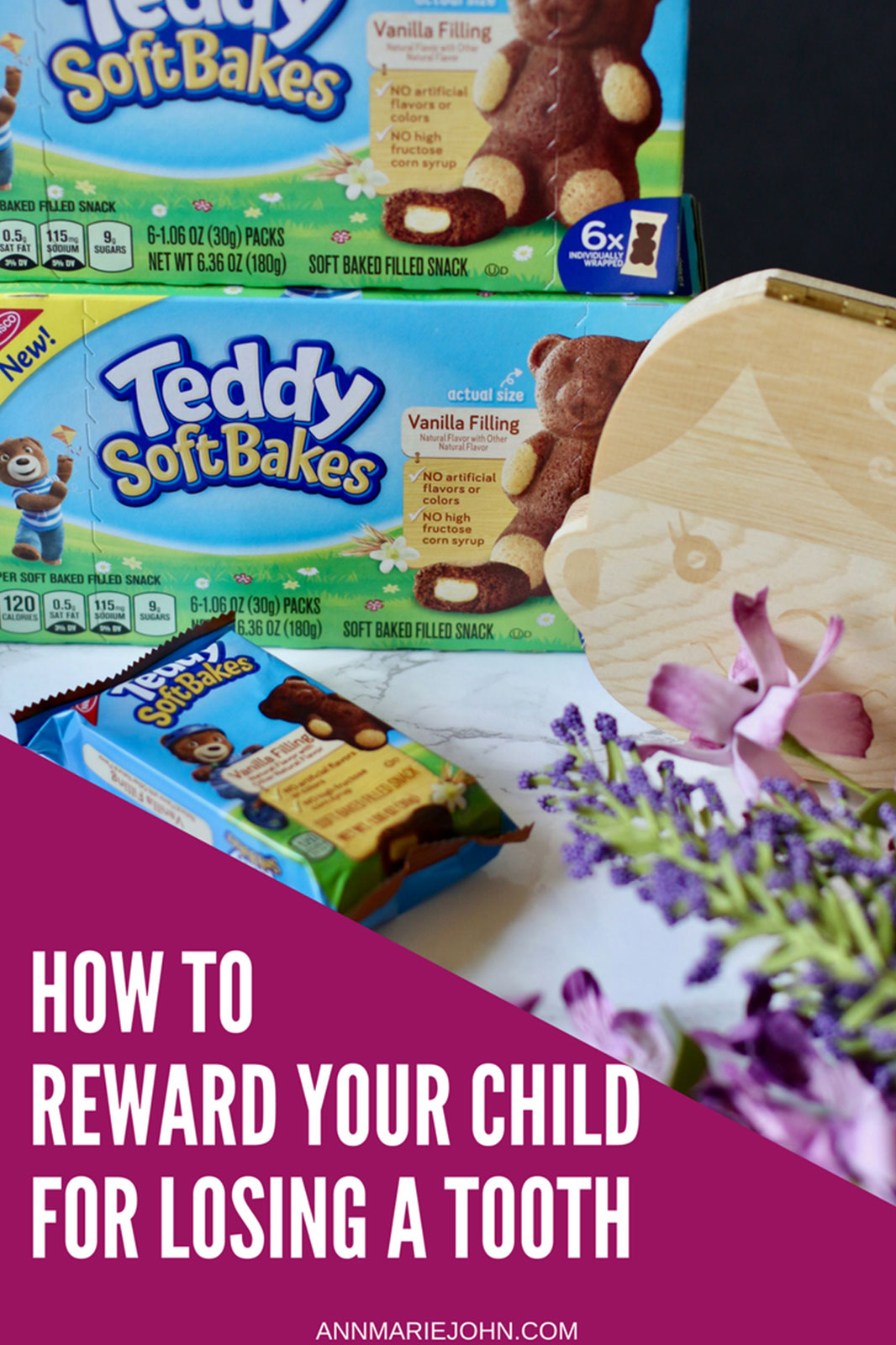 Here are 5 easy ways to reward your child’s missing tooth.

1. Place a fun snack under their pillow.

Your child has lost their one of their tooth and as long as it’s not cavity related and your child loves brushing, then giving them a treat should be no problem at all. Have you noticed that you’re given a lollipop at the dentist office after a visit has gone well? One snack that we just love is the mom approved TEDDY SOFT BAKED Filled Snacks. The bear-shaped snacks contains no high fructose corn syrup, no artificial flavors or colors and is made with quality ingredients such as milk, eggs and chocolate. They are also tooth fairy approved.

There’s nothing that says congratulations on a job well done, like a reward certificate. For the child that still believes in the tooth fairy, personalize a Tooth Fairy Certificate with their name and have it signed by the tooth fairy. They’ll be so excited and pleased with themselves, all at the same time. 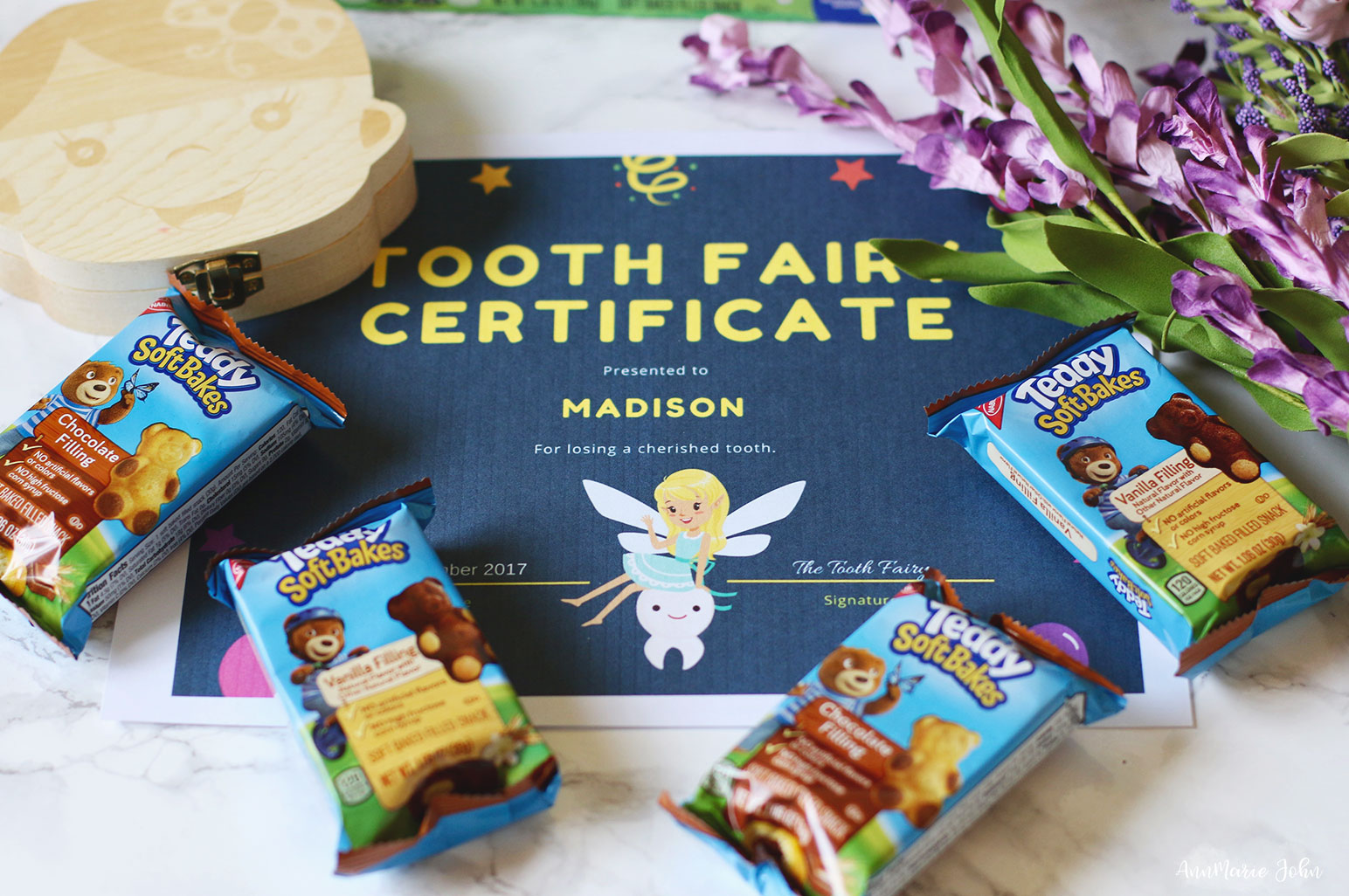 I believe in the power of reading and have even written about the benefits of reading early to your child. There are so many benefits besides the bonding that you’ll incur by spending quality time together, but speech and communication skills can be greatly improved upon as well. You will now also have a new book to read at bedtime.

4. Let them choose a favorite meal

Now at this age you don’t have to go out to a high end restaurant to celebrate and I personally wouldn’t recommend it. However, you can cook their favorite meal and have them join in on the cooking as well. Kids love when they can help, and I’ve found that they tend to eat more of what they’ve ‘made’ with no complaints.

5. Take them to see a movie

Spend some one on one time with your little one at the movies. Madison has been going to the movies since as a toddler, and I shared some tips on taking your toddler to the movies. However, by the time they’ve lost a tooth, they’ll be in Kindergarten so will be more equipped to handle a longer movie. Don’t forget to walk with some snacks such as TEDDY SOFT BAKED Filled Snacks, in your bag as you can get hungry while there. They are small enough for little hands and you can save the popcorn money towards buying that new book. 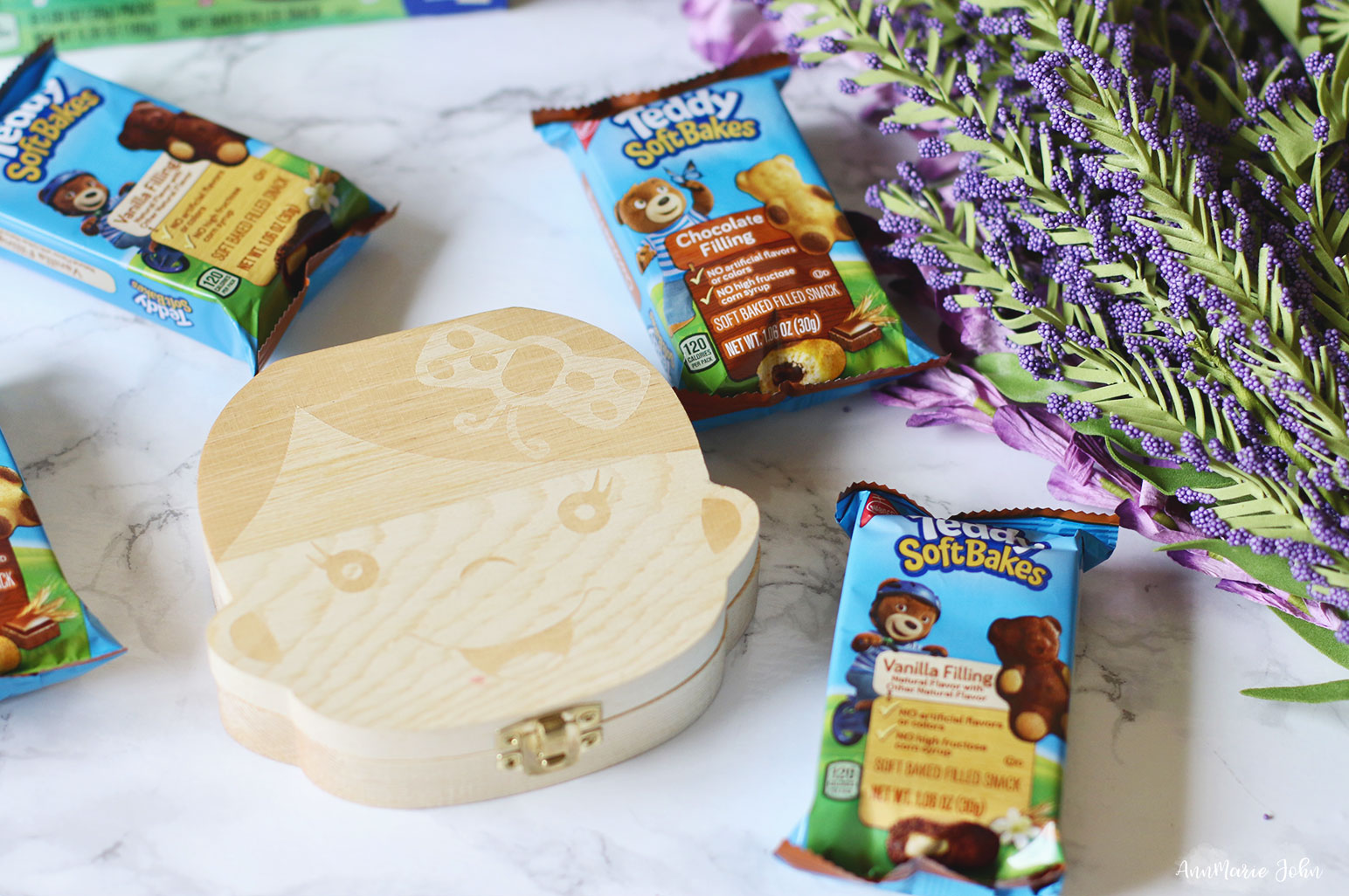 I have to admit that even though these TEDDY BAKED SOFT Filled Snacks are made for kids, they are so good that I even eat them too. My favorite is the vanilla but chocolate is of course a very close second. That’s why I keep so many of them on hand. I pack them in Madison’s lunch box as a snack for school, and also when we’re on the go. Since they’re so soft, they’re the perfect snack for her with her missing tooth. I pick mine up at Walmart in the cookie/cracker aisle. You should give them a try! 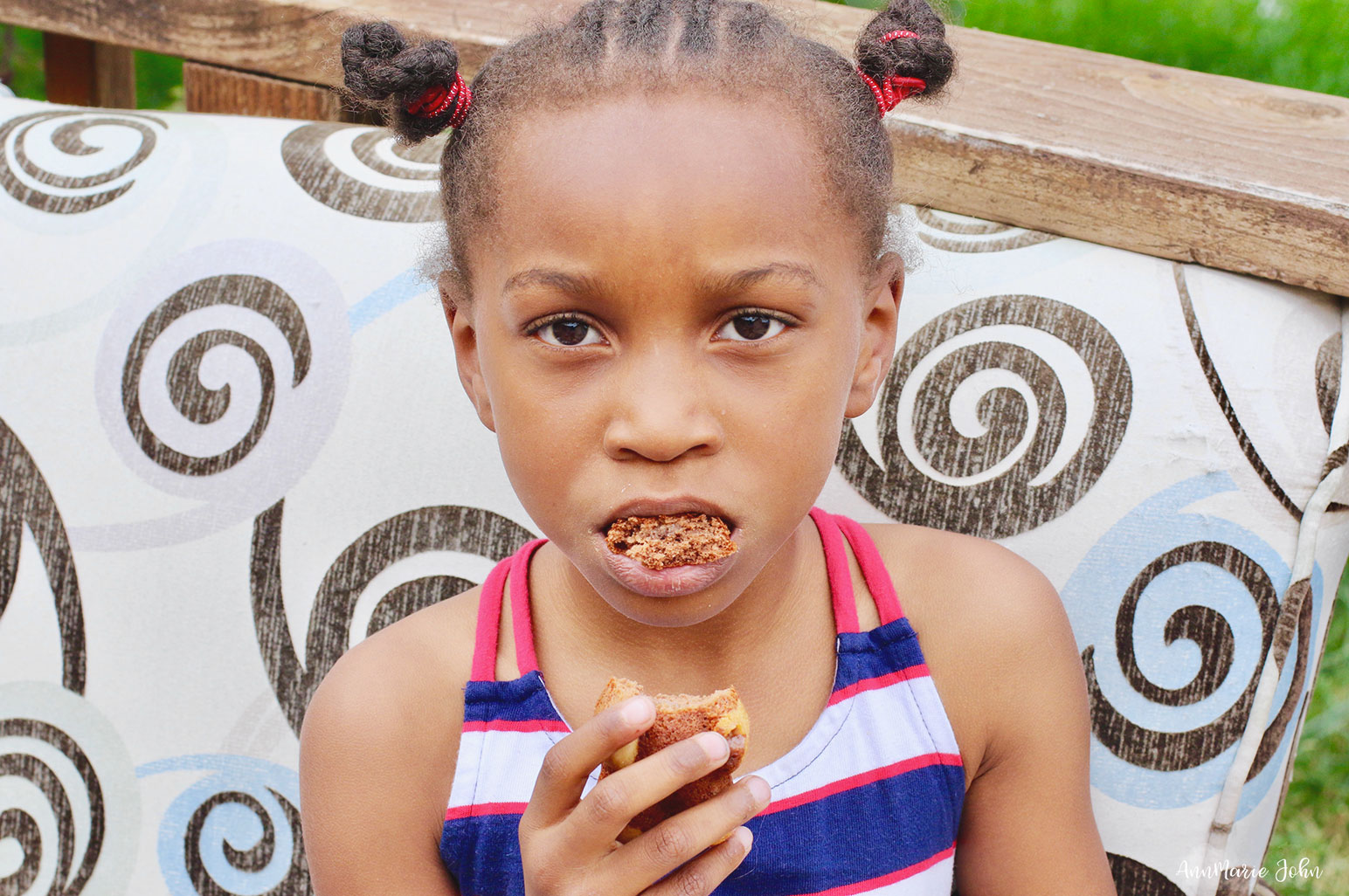 Here’s your chance to give them a try, by entering the following giveaway and winning a Walmart gift card.

I-C will randomly select 14 winners from all program entries and will facilitate fulfillment of the winning prizes.