I love going to the movies. I even did a post called Tips on Taking Your Toddler to the Movies. After all a lot of movies are made for us little ones and it’s such a shame that we don’t go as much as we would like to.  Introducing Ernest and Celestine currently showing in select movie theaters nationwide. 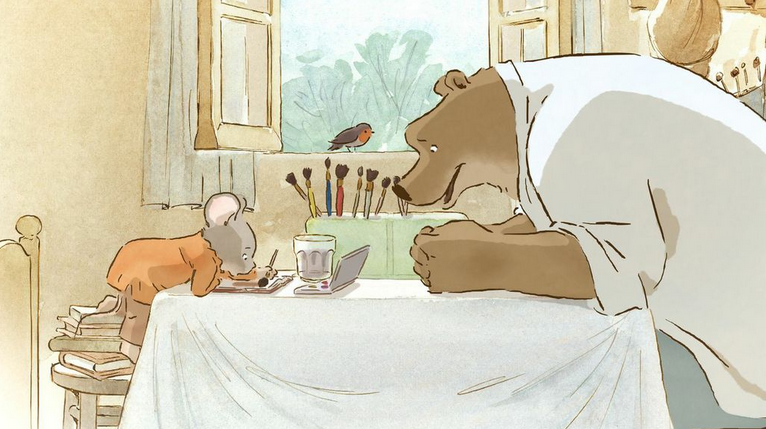 Deep below snowy, cobblestone streets, tucked away in networks of winding subterranean tunnels, lives a civilization of hardworking mice, terrified of the bears who live above ground. Unlike her fellow mice, Celestine is an artist and a dreamer – and when she nearly ends up as breakfast for ursine troubadour Ernest, the two form an unlikely bond, But it isn’t long before their friendship is put on trial by their respective bear-fearing and mice-eating communities.

Featuring the voices of Forest Whitaker, Mackenzie Foy, Lauren Bacall, Paul Giamatti, William H. Macy, Megan Mullally, Nick Offerman and Jeffrey Wright, Ernest & Celestine tells the story of a mouse named Celestine, an artist and a dreamer who forms an unlikely bond with a street musician bear named Ernest. The movie plays like a gorgeous watercolor painting brought to life, and has been a huge hit with kids and parents alike.

Check out the trailer below:

To find if this beautiful movie feature is playing at your local theater check out the theater listings.

You can connect and follow Ernest and Celestine via:

We have the following merchandise for a beautiful giveaway. One lucky reader will win: 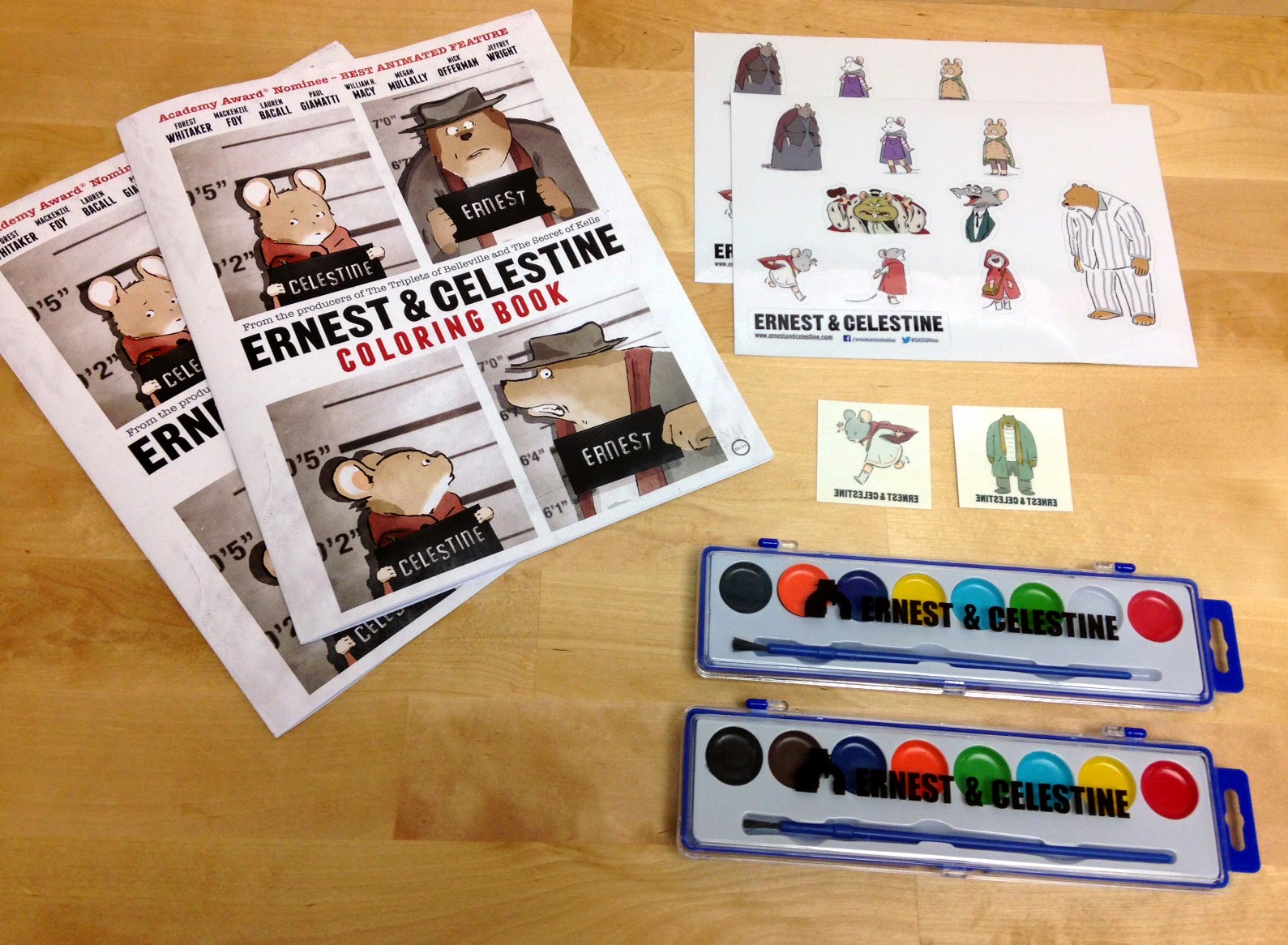 Disclosure: This is a “sponsored post.” The company who sponsored this post will be compensating me with a gift, or something else of value to write it. Regardless, I only recommend products or services I personally believe will be good for my readers. In the event of a giveaway, the sponsor is responsible for delivery of the prize, unless otherwise noted in the posting. Giveaways are not sponsored by Facebook, Twitter, Pinterest, Google+ or any other social media site. I am disclosing this in accordance with the Federal Trade Commission’s 16 CFR, Part 255: “Guides Concerning the Use of Endorsements and Testimonials in Advertising.”