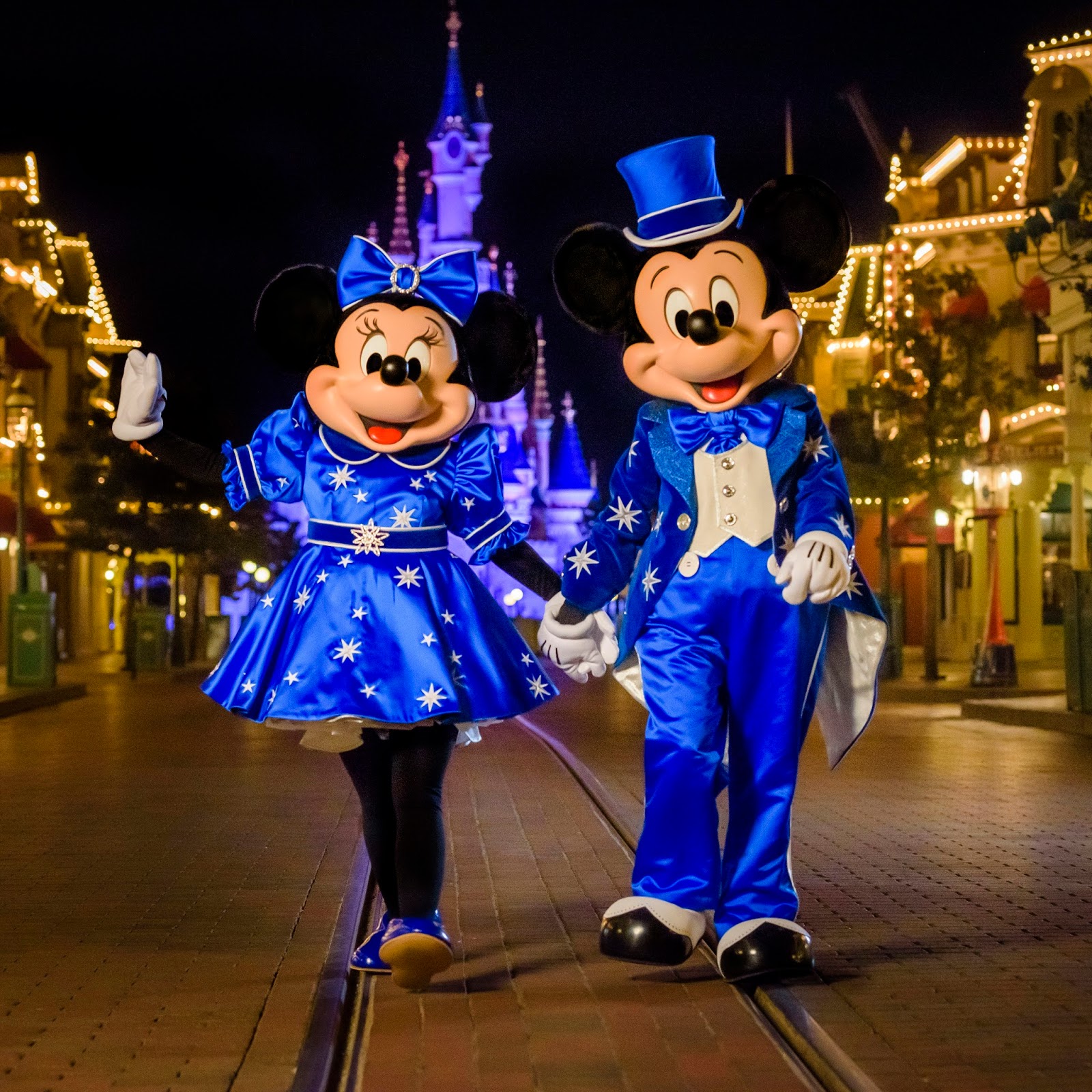 It is almost 25 years since Disneyland Park opened just outside Paris. To celebrate this special event, Mickey and Friends are looking further ahead and becoming explorers of the future in an extraordinary, brand new Parade. Their mission: to dazzle guests. Speaking of exploration, the galaxy far, far away is finally within our reach with two new special Star Wars™ rides: Star Tours: The Adventures Continue and Star Wars Hyperspace Mountain: Rebel Mission. Immersive experience guaranteed. The festivities continue with two new daytime shows which take place near Sleeping Beauty Castle. As a stunning night-time finale, Disneyland Park also introduces the all-new Disney Illuminations, featuring state-of-the-art technology. Spotlight on the new experiences for the 25th Anniversary of Disneyland Paris! 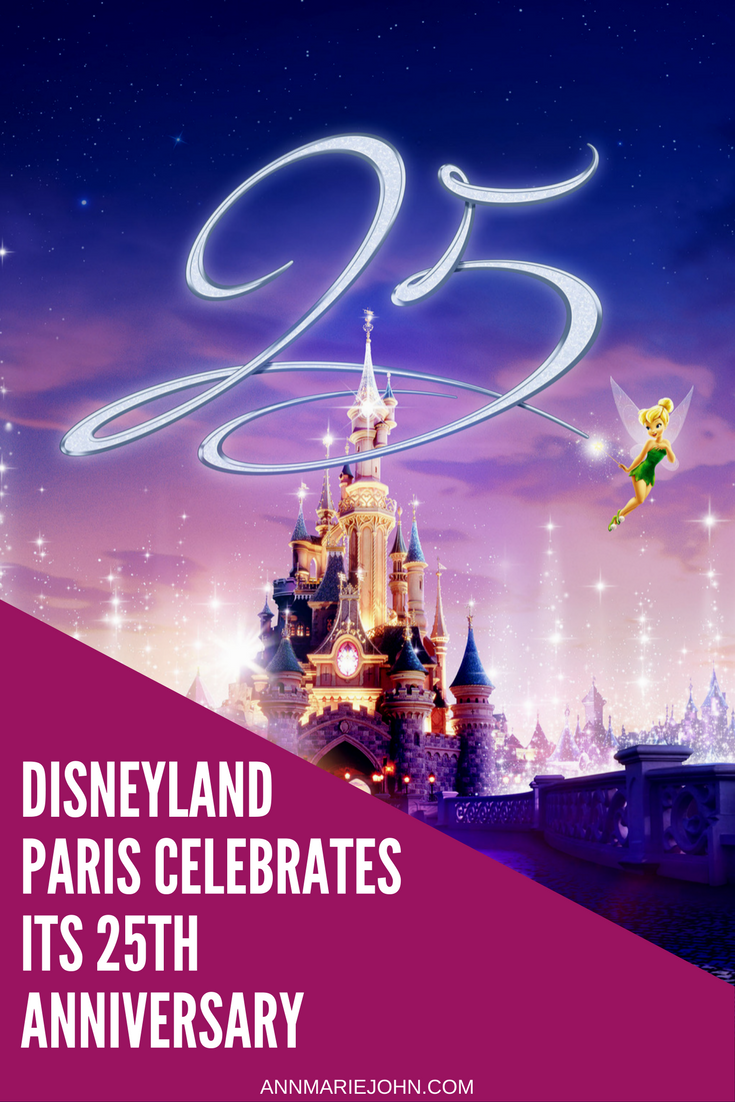 Launched at the opening of Disneyland Park in 1992, Star Tours soon established itself as a cult ride. 25 years later, it’s back with a new experience, new destinations, a new pilot, new characters and new 3D technology. Introducing Star Tours: The Adventures Continue! Prepare for lift-off on an all-new, action-packed, 3D intergalactic voyage… it’s sure to be epic.

Thanks to a multitude of new scenes and more than 70 possible mission combinations, guests will never know where the Force might take them. Every ride will offer unique surprises with journeys through the planet Jakku, Naboo, Hoth, Tatooine and more, perhaps even via the Death Star. Guests will travel through the galaxy with a new pilot, C-3PO, meeting heroes they have never encountered until now. Watch out for Darth Vader… Each scenario, journey and unexpected development is random to ensure that guests enjoy an original experience every time and fully immerse themselves in the universe of the Star Wars™ films. Episodes I to VII inclusive.

New: Meet the Dark Side of the Force

Good news! Disneyland Paris guests will finally get the chance to meet the formidable Darth Vader every day. Head to the new dedicated area near the Star Tours: The Adventures Continue ride for a private meet and greet. A tip for those who dare to make an appearance? Don’t let your guard down when taking photos. 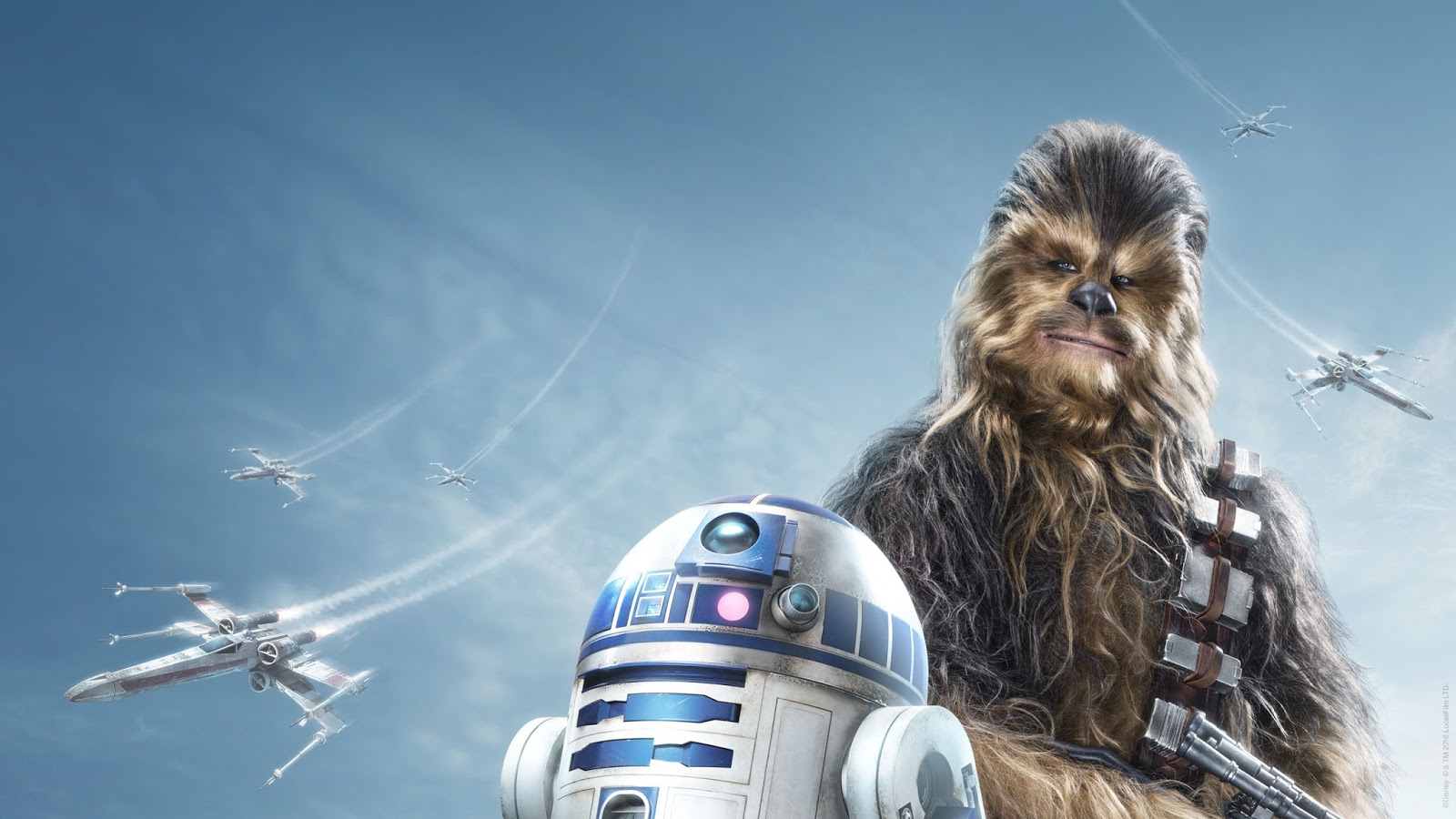 In spring 2017, Star Wars™ will take over a legendary space-themed ride. Space Mountain will become Star Wars Hyperspace Mountain for a totally unique experience. In a brand new environment inspired by the Star Wars™ universe, guests can join the famous Rebel Alliance and become pilots on a sensational mission. They will travel through the Star Wars™ galaxy at intense speed, to the epic soundtrack of the saga.

The experience will also have amazing visuals with breath-taking special effects. Experience a unique and exciting voyage through the Star Wars™ universe and enjoy the thrill of evading TIE fighters and an intimidating Star Destroyer. 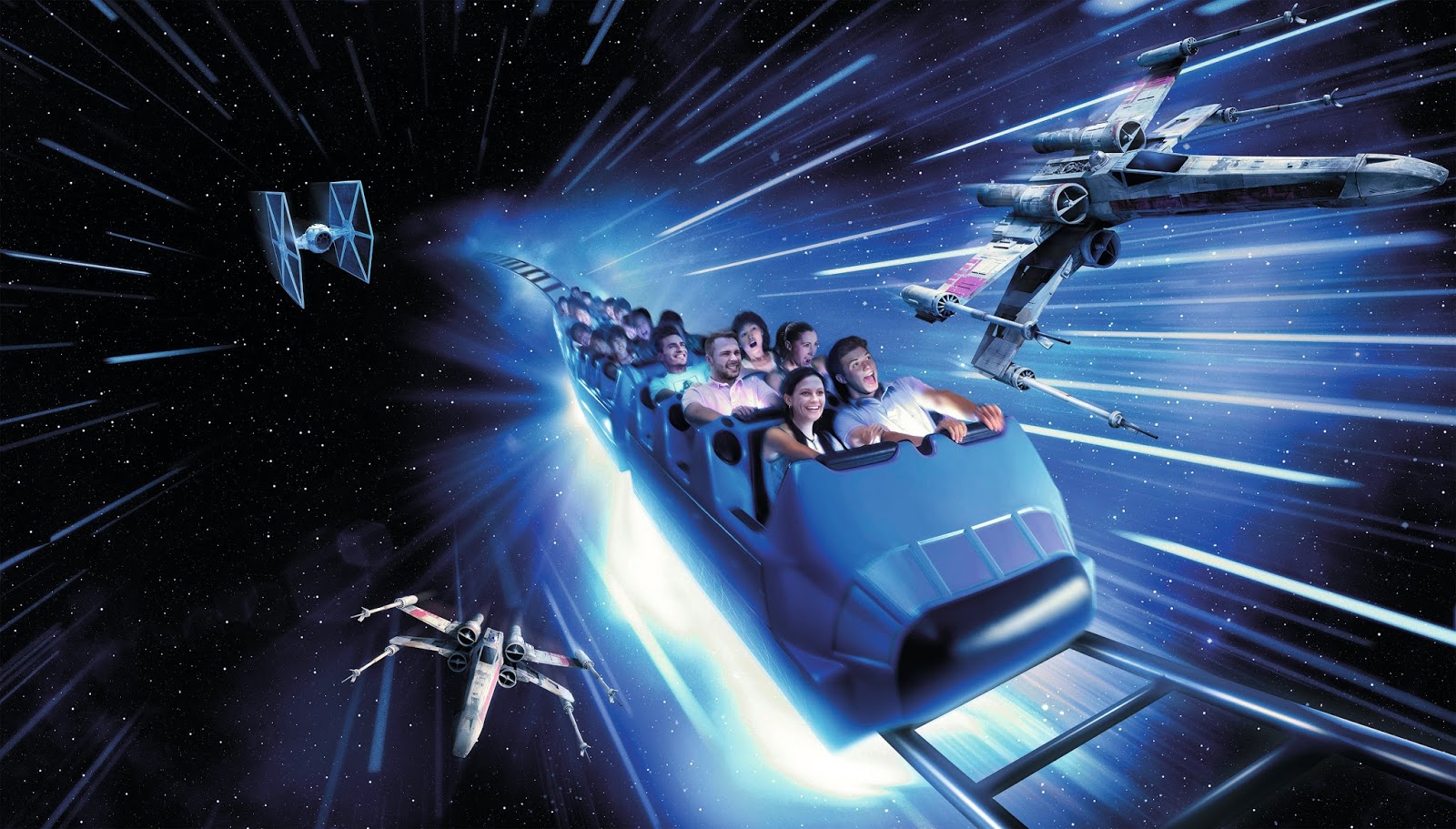 Another exciting journey awaits guests in the brand new Disney Parade. With dizzying new floats, new music, a plethora of Disney Stars and new costumes, Disney Stars on Parade will dazzle guests of all ages.

In Disney Stars on Parade, we follow Mickey and Friends on a real journey of discovery to the land of imagination, divided into eight chapters. Mickey, Minnie, Donald Duck, Goofy and Chip and Dale are explorers of the future… with a steampunk-inspired futuristic look. The heroes of Toy Story are close behind, ready to take guests “to infinity and beyond!”! Roar along with Simba to the problem-free philosophy, “Hakuna Matata”! Similarly, Baloo and Mowgli remind us that all it takes to be happy are “the bare necessities”, to the sound of percussion that conjures up a sense of adventure and a jungle atmosphere. Head for Neverland with Peter Pan and the Lost Boys! The underwater world is also celebrated with Nemo, Marlin and Dory. Listen out for the roar of Maleficient’s majestic dragon form, which challenges Prince Phillip and actually breathes fire. Fortunately, the romance of the Disney Princesses always triumphs over evil. The final chapter of this world of wonder ends as the book closes with an icy blast, thanks to the much-loved heroines of Frozen. 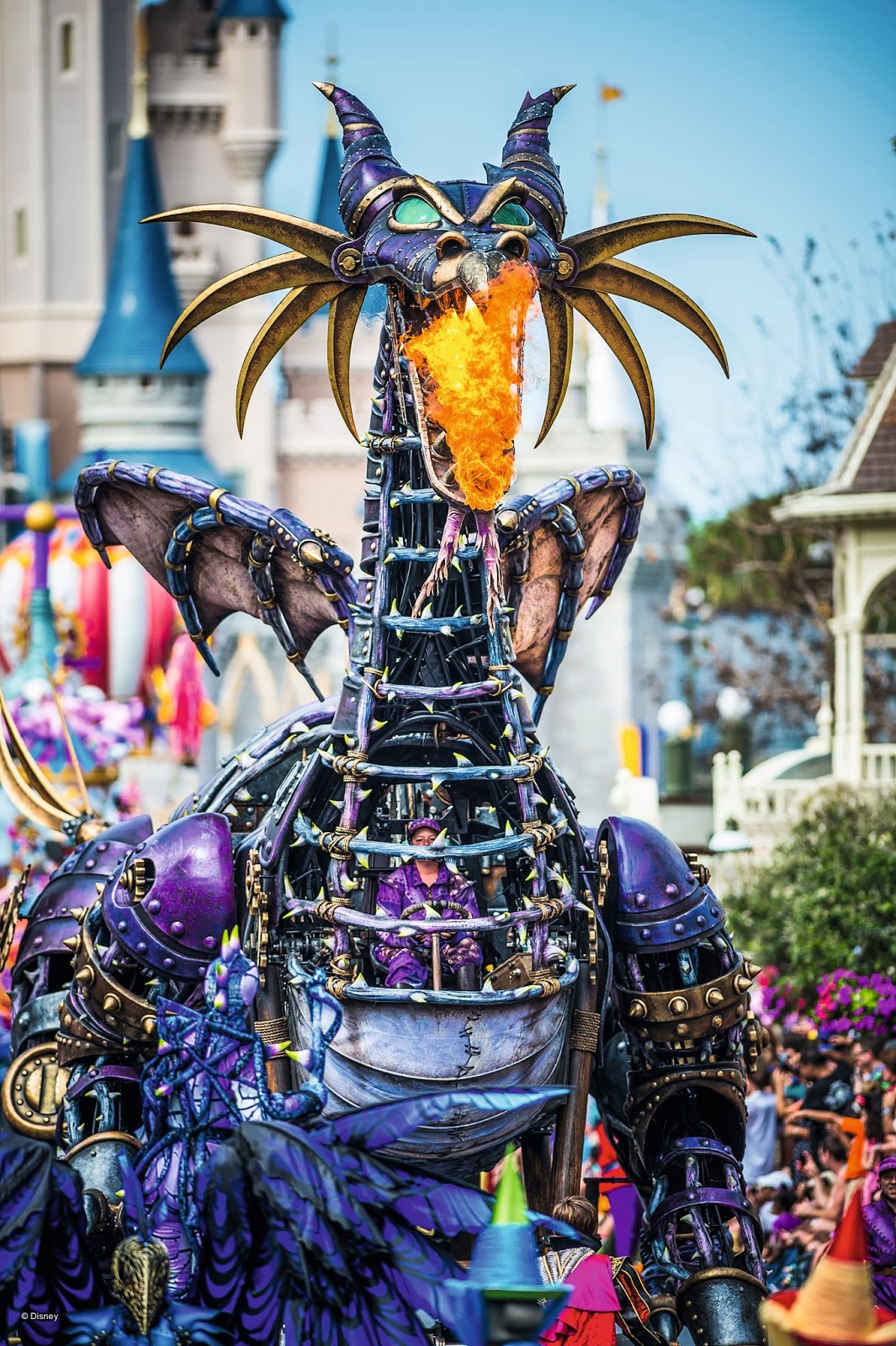 The Disney Stars invite guests to gather in front of the stage at Sleeping Beauty Castle for a huge anniversary celebration, every day of the year. From all over the park, they join together in step until the arrival of everyone’s favourite mouse. To mark this exceptional anniversary, Mickey makes a grand entrance dressed in his smartest outfit: a blue and silver dinner jacket in the celebratory colours. 1, 2, 3, 4, it’s time to sing together: “Happy Anniversary Disneyland Paris”!

With a sprinkle of fairy dust, Tinker Bell opens the festivities. Aurora wants to invite the other Disney Princesses to the ball: Ariel, Belle, Snow White, Cinderella, Jasmine, Rapunzel and Tiana. Each princess makes her entrance in a magnificent ball gown, specially created for the 25th Anniversary, to the sound of a romantic fanfare. Their message: to remind the audience that every little girl, regardless of her age or background, is a Princess. This show is enhanced by the spectacular fountains in front of Sleeping Beauty Castle. 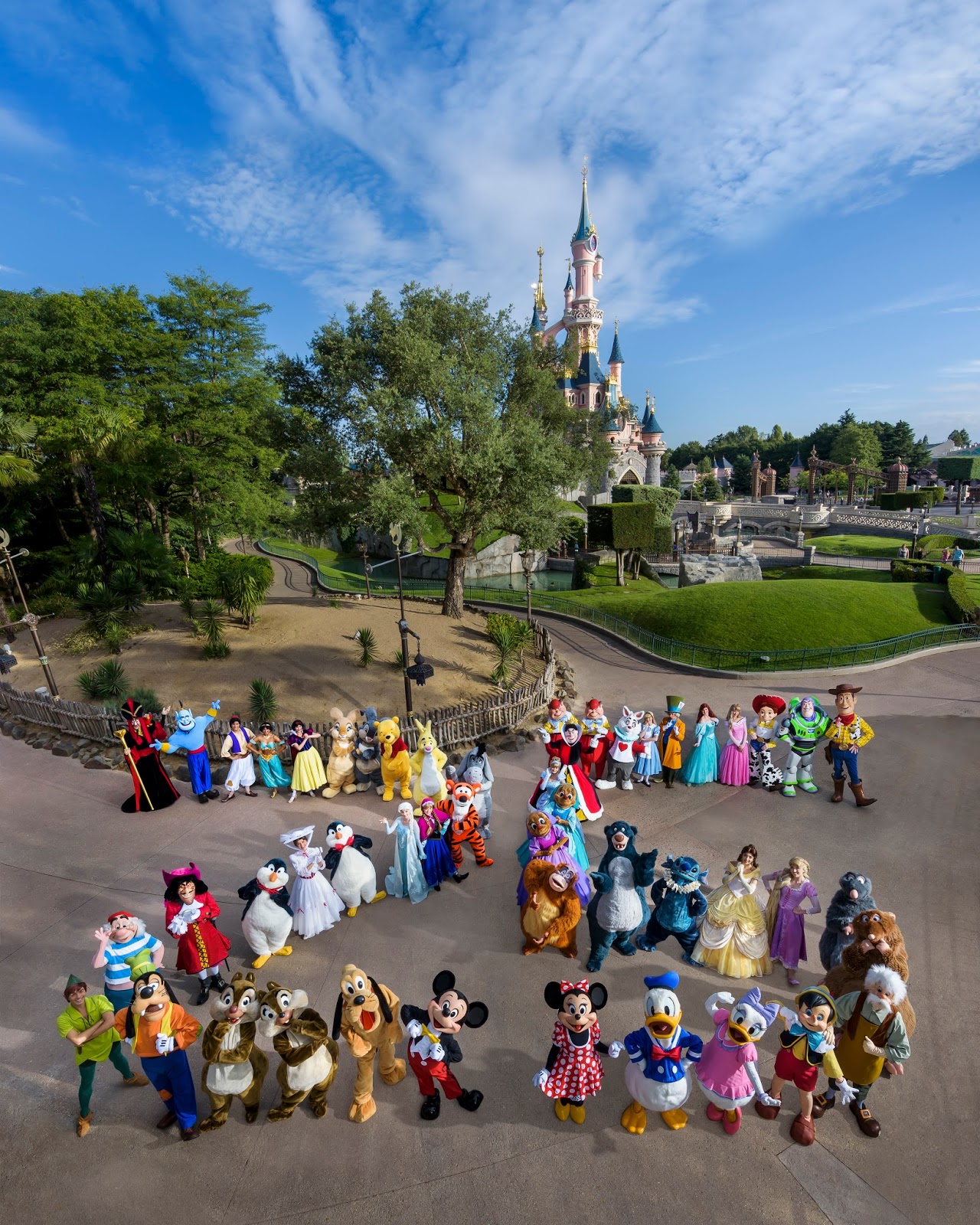 Every night, against the backdrop of the Castle, Mickey takes us on a captivating journey, following in the footsteps of the heroes of animated masterpieces. He transports the audience to a dimension where the stories of The Little Mermaid, Finding Nemo and Frozen come to life, with the projection of “live action” film images for the very first time. Guests will witness an incredible naval battle featuring the Black Pearl, the legendary ship of Jack Sparrow. Finally, stars are on the agenda, with a sequence of “live action images” which will delight all Star Wars fans. Featuring the Millennium Falcon, TIE Fighters and Stormtroopers… The Force is strong with Disney Illuminations. 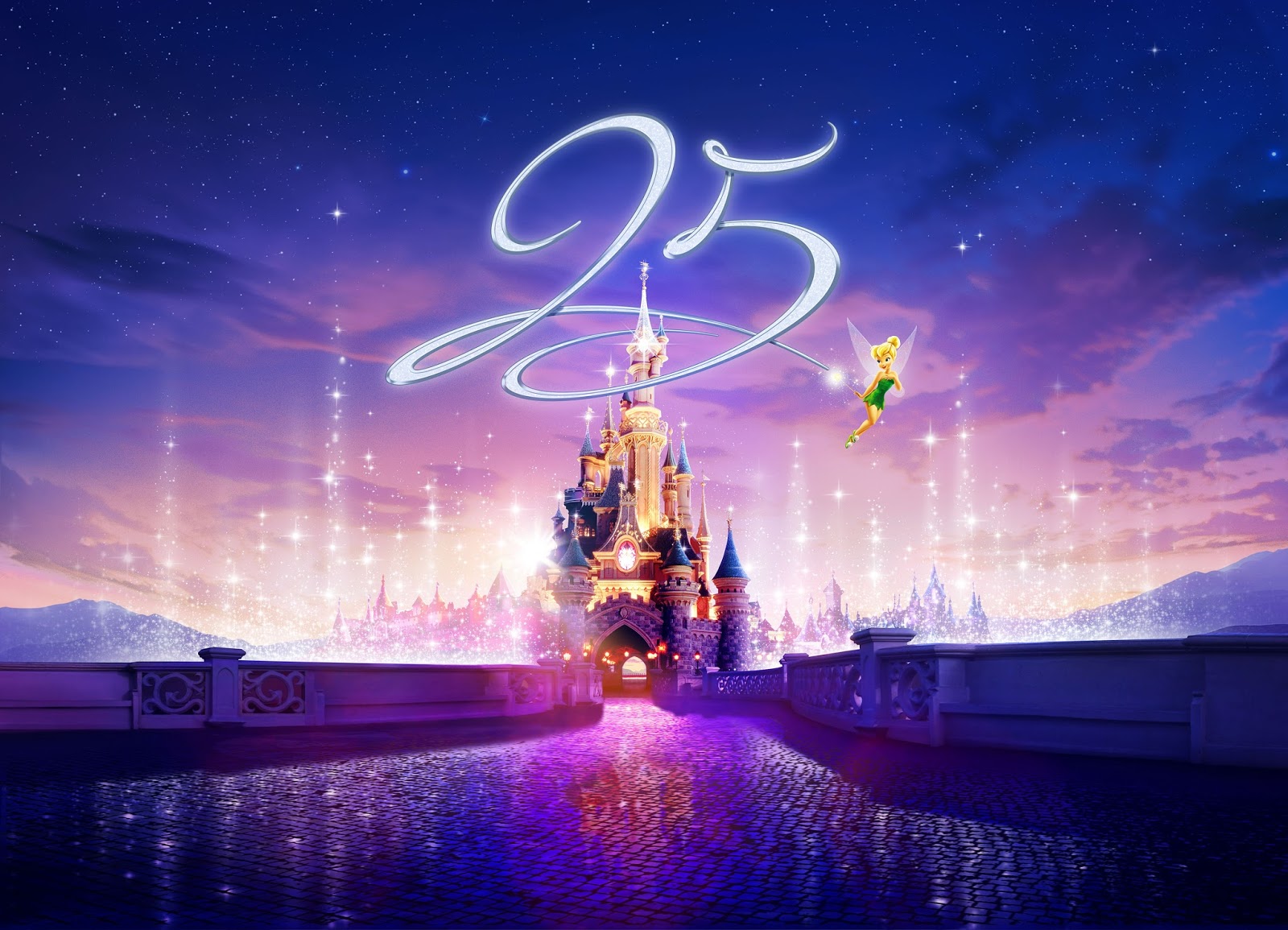 From 26 March 2017, come and enjoy the dazzling new experiences to mark the 25th Anniversary of Disneyland Paris.