Planning on visiting Walt Disney World this summer, we share all the new attractions, shows and new land coming this summer. 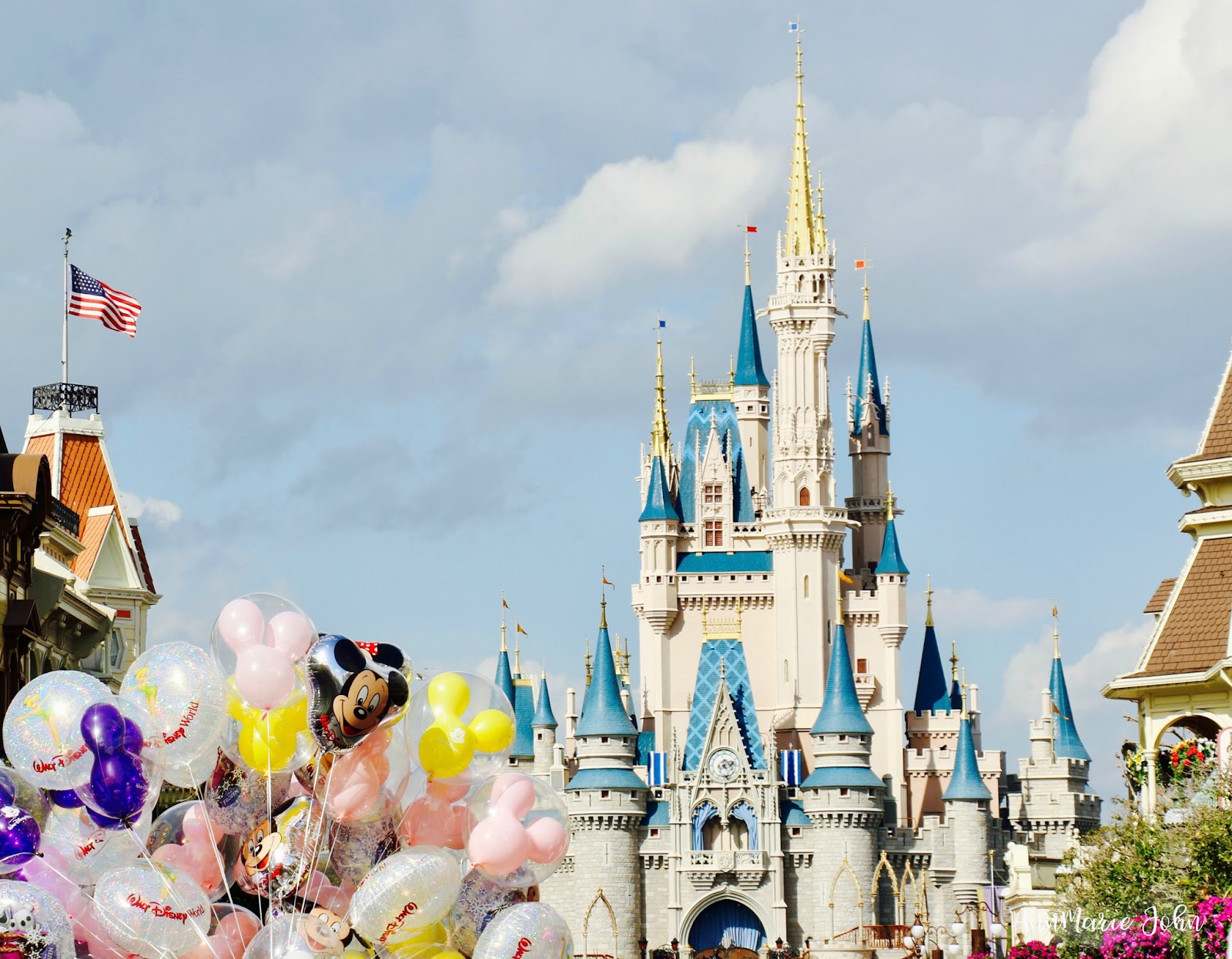 This summer season, guests can discover a magical mix of new and unforgettable experiences throughout Walt Disney World Resort, with an all-new land and evening show at Disney’s Animal Kingdom, a dazzling new show at Magic Kingdom Park, epic entertainment at Disney’s Hollywood Studios and world-class dining at Disney Springs. 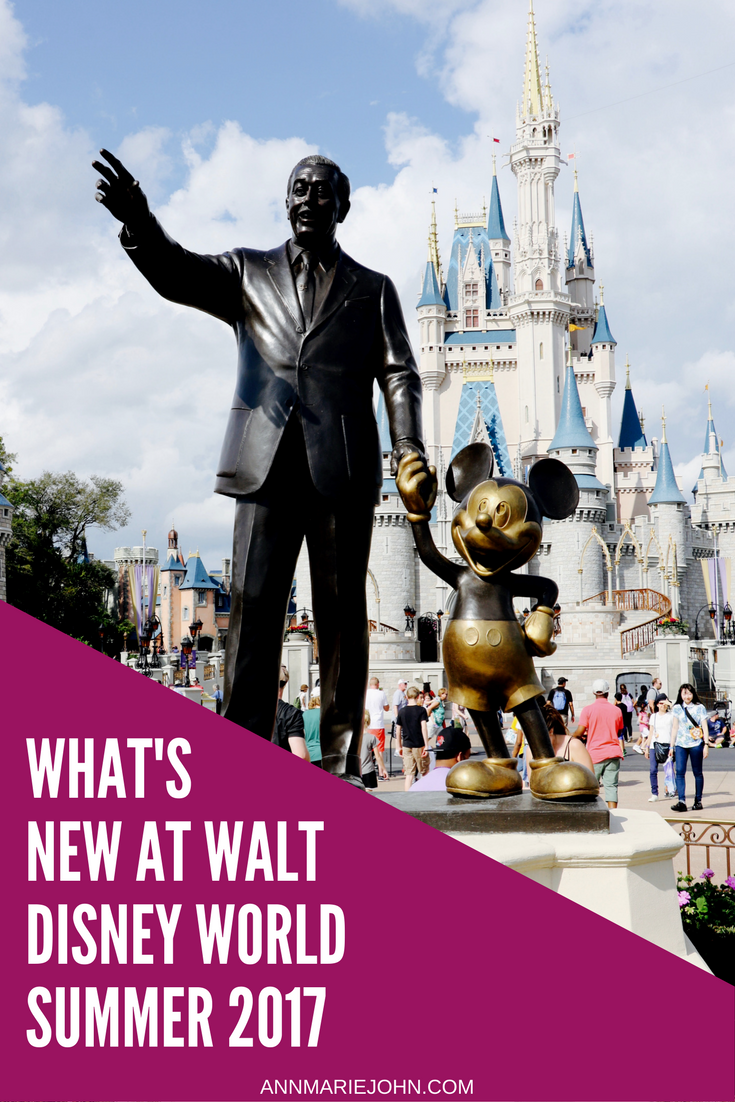 Guests can travel to an otherworldly destination this summer: Pandora – The World of Avatar at Disney’s Animal Kingdom. When it opens May 27, this new land will give guests the chance to explore a mystical world of bioluminescent rainforests, floating mountains and soaring Banshees. In collaboration with filmmaker James Cameron and Lightstorm Entertainment, Disney is bringing to life the fantasy world of Pandora, inspired by Cameron’s epic film AVATAR.

Guests will discover two main adventures. Avatar Flight of Passage sends guests flying above the jungles of Pandora on a Mountain Banshee, and Na’vi River Journey, is a family-friendly boat ride that sails down a sacred river hidden within a glowing rainforest for an unforgettable encounter with a Na’vi Shaman. 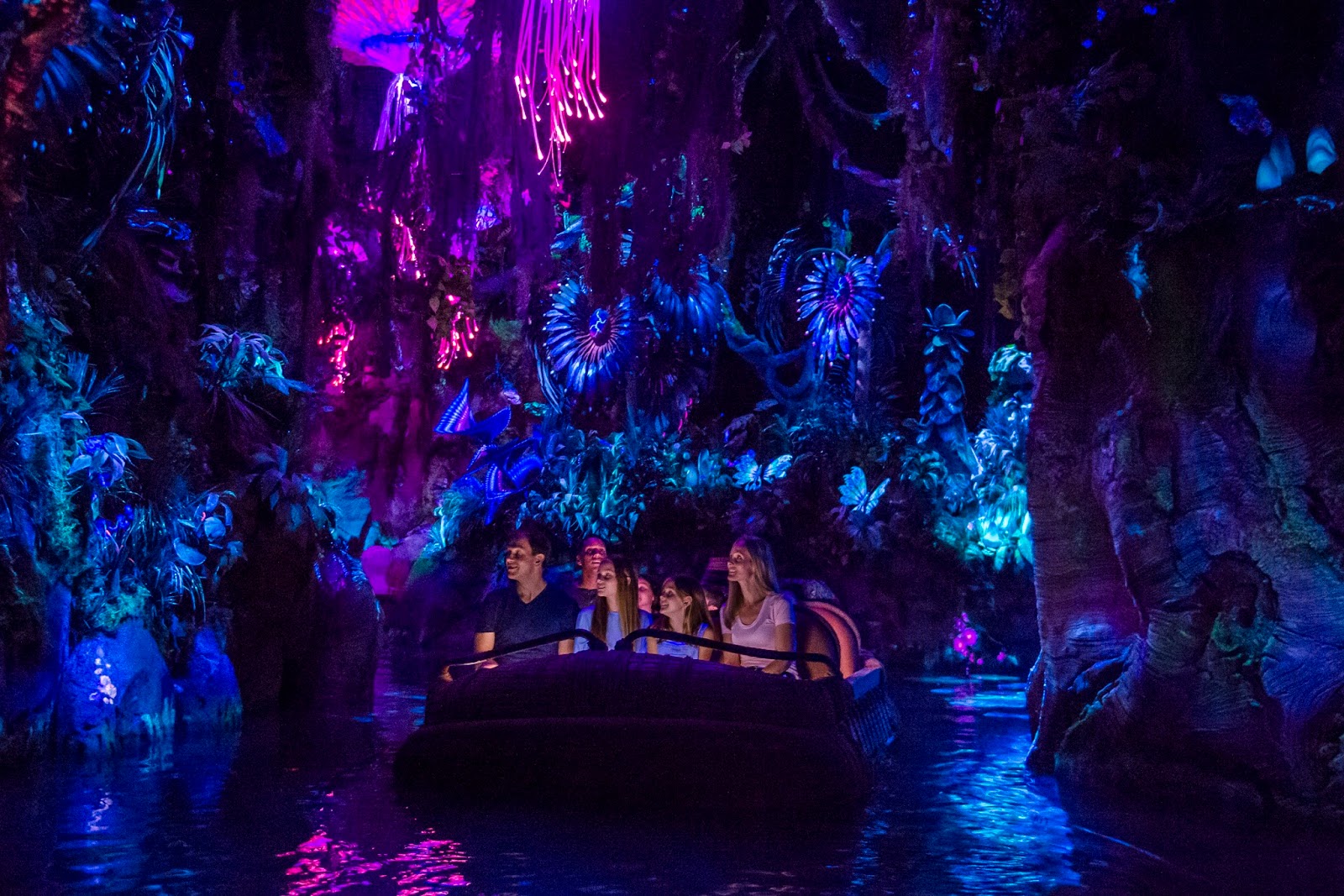 Hungry adventurers can recharge at Satu’li Canteen, the main dining location in Pandora, or Pongu Pongu, a drink kiosk with a design as eclectic as its expat owner. Shoppers can stock up on Na’vi cultural items, toys, science kits and more at Windtraders.

And after the sun sets, Disney’s Animal Kingdom guests can discover rich new experiences throughout the park, starting with the new nighttime show, Rivers of Light. This visually stunning after-dark experience celebrates the majesty of nature and the connection between animals and humans. It’s a dramatic visual blend of water, fire, light and imagery all choreographed to an original musical score. 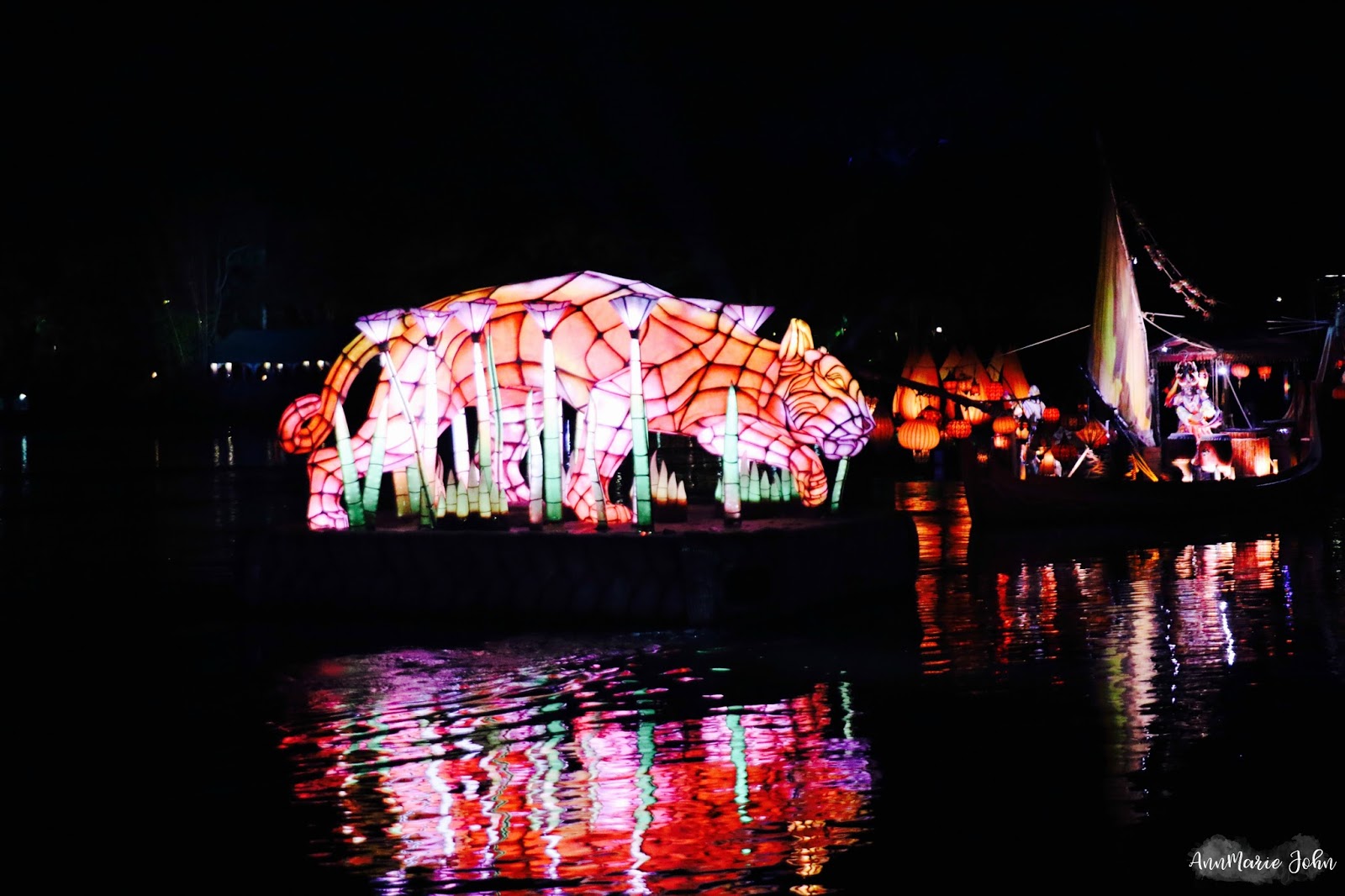 Starting May 12, guests will be treated to one of the most elaborate fireworks displays ever created – a brand-new show called “Happily Ever After.” It will feature the latest in fireworks, pyrotechnics and projection technology, plus fresh animation, and a new musical score and theme song.

“Happily Ever After” will take guests on an inspiring journey filled with heart and humor, as Cinderella Castle itself becomes part of the story. Dazzling projections bring heartfelt Disney stories to life on and around the iconic castle. The 18-minute spectacle will feature moments from beloved Disney films such as “The Little Mermaid” and “Aladdin,” as well as modern blockbusters “Moana” and “Zootopia.” 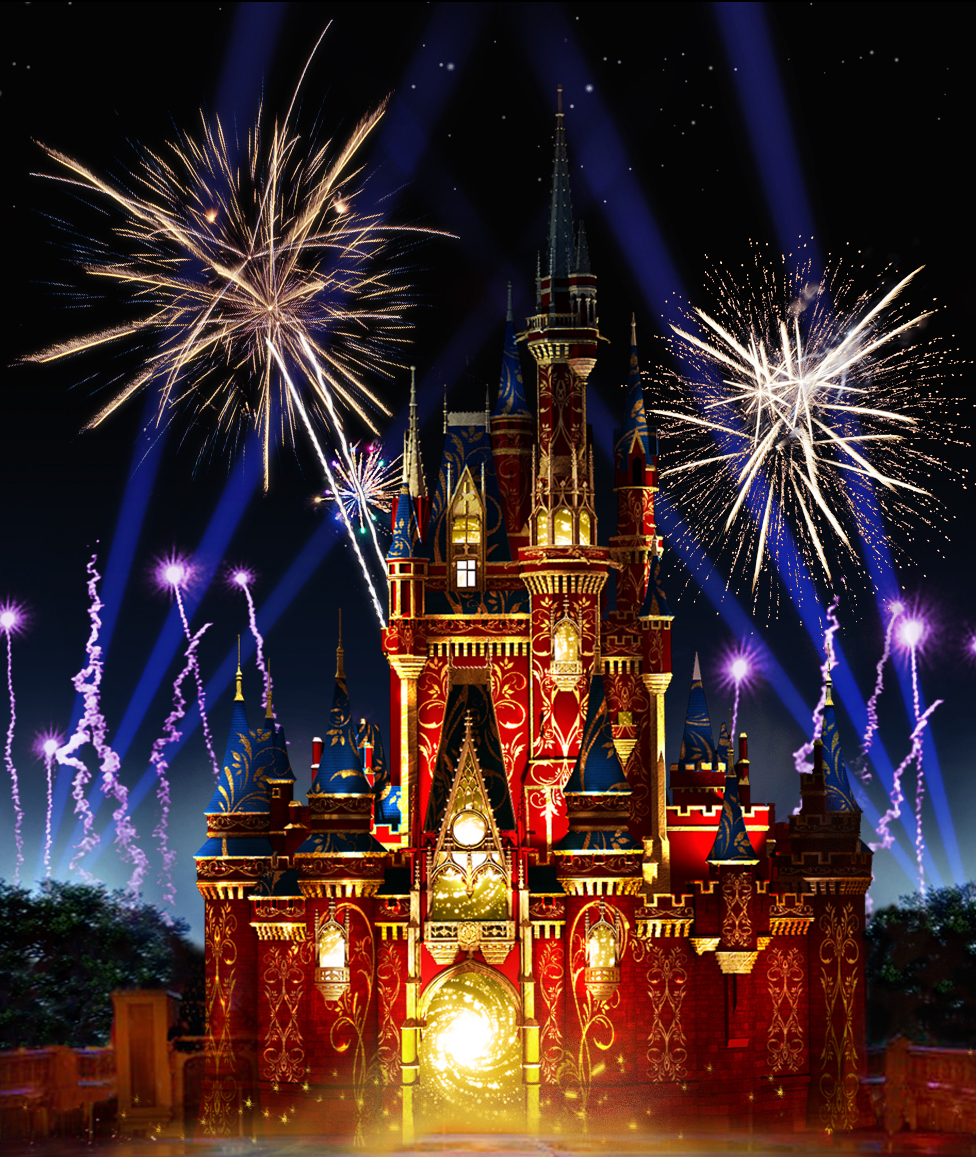 “Happily Ever After” will be presented nightly, with show times varying based on park hours.

A new limited-time concert event debuts May 26. “The Music of Pixar LIVE! A Symphony of Characters” will showcase memorable music from Pixar Animation Studios films, with appearances by beloved Disney•Pixar characters. A live orchestra provides the soundtrack for this 40-minute concert that will be presented three times nightly at Theater of the Stars (following regular daily performances of “Beauty and the Beast – Live on Stage”). The show also will include appearances by Woody, Jessie, Mike and Sulley, the Incredibles and more. 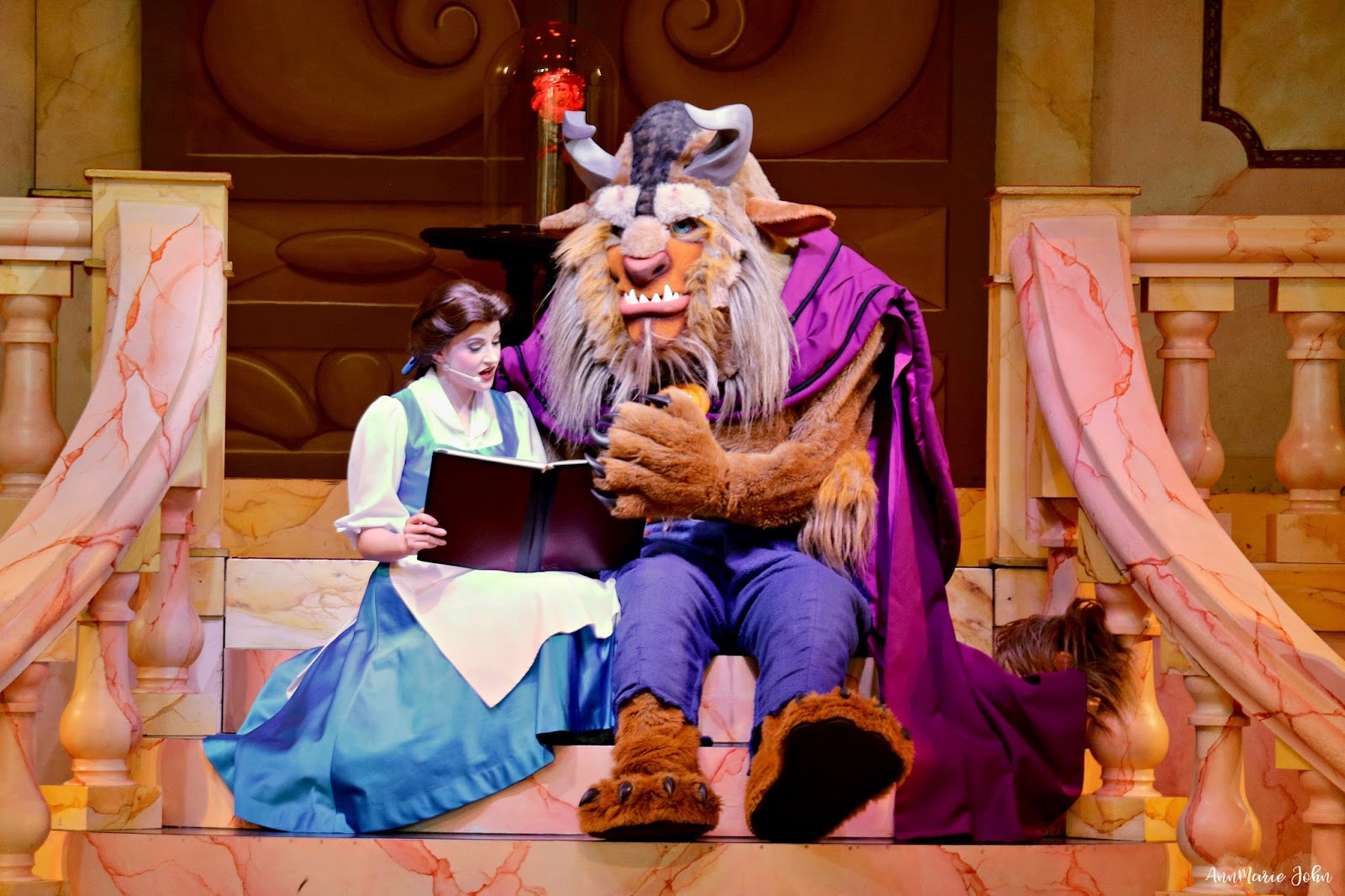 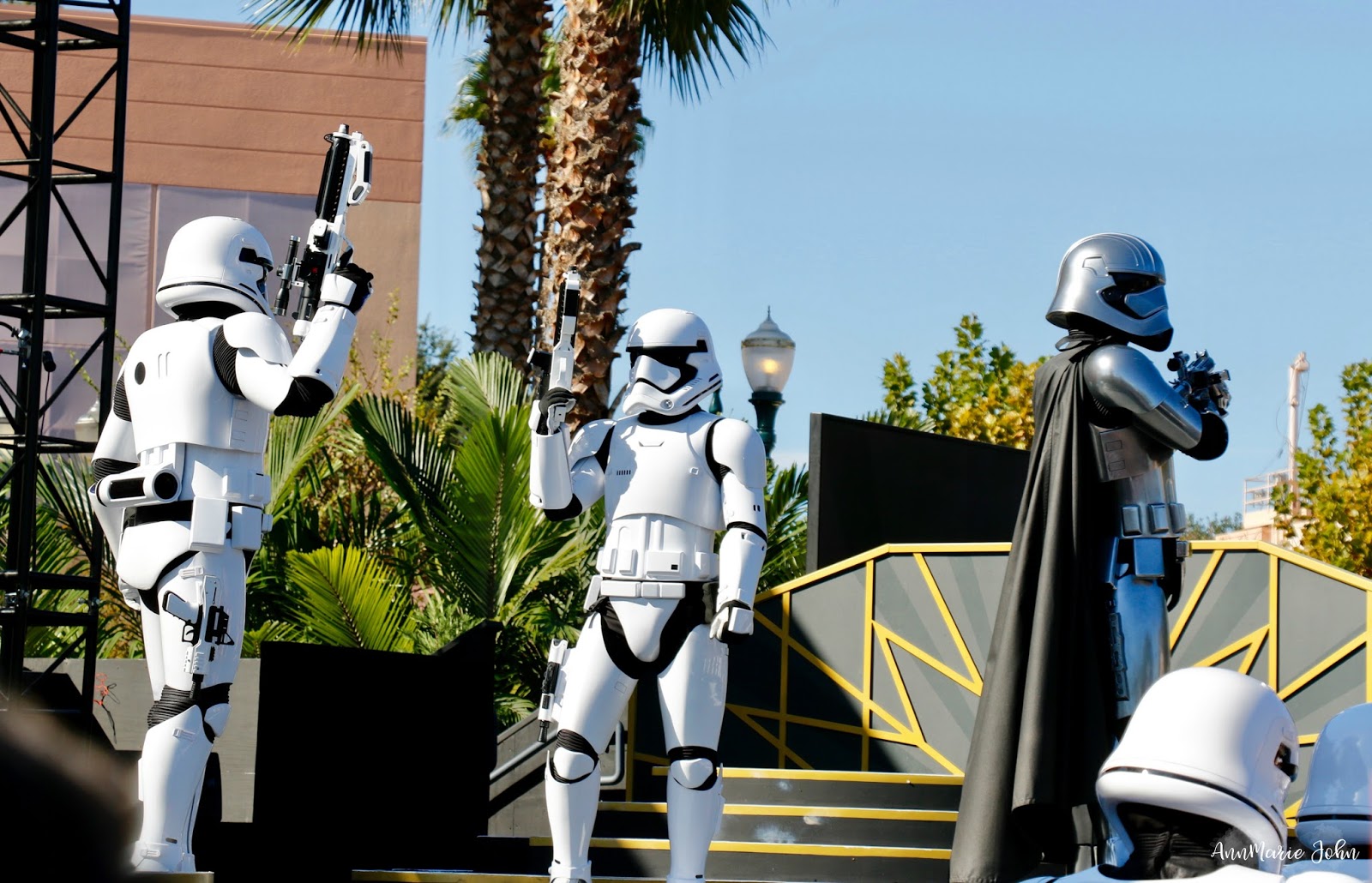 Guests can cool off on a whitewater adventure aboard Miss Adventure Falls, a brand new family-style raft attraction at Disney’s Typhoon Lagoon Water Park. Guests are immersed in the story of Captain Mary Oceaneer, a treasure hunter who roamed the seven seas in search of undersea artifacts – until a rogue storm marooned her ship and treasures at Typhoon Lagoon. 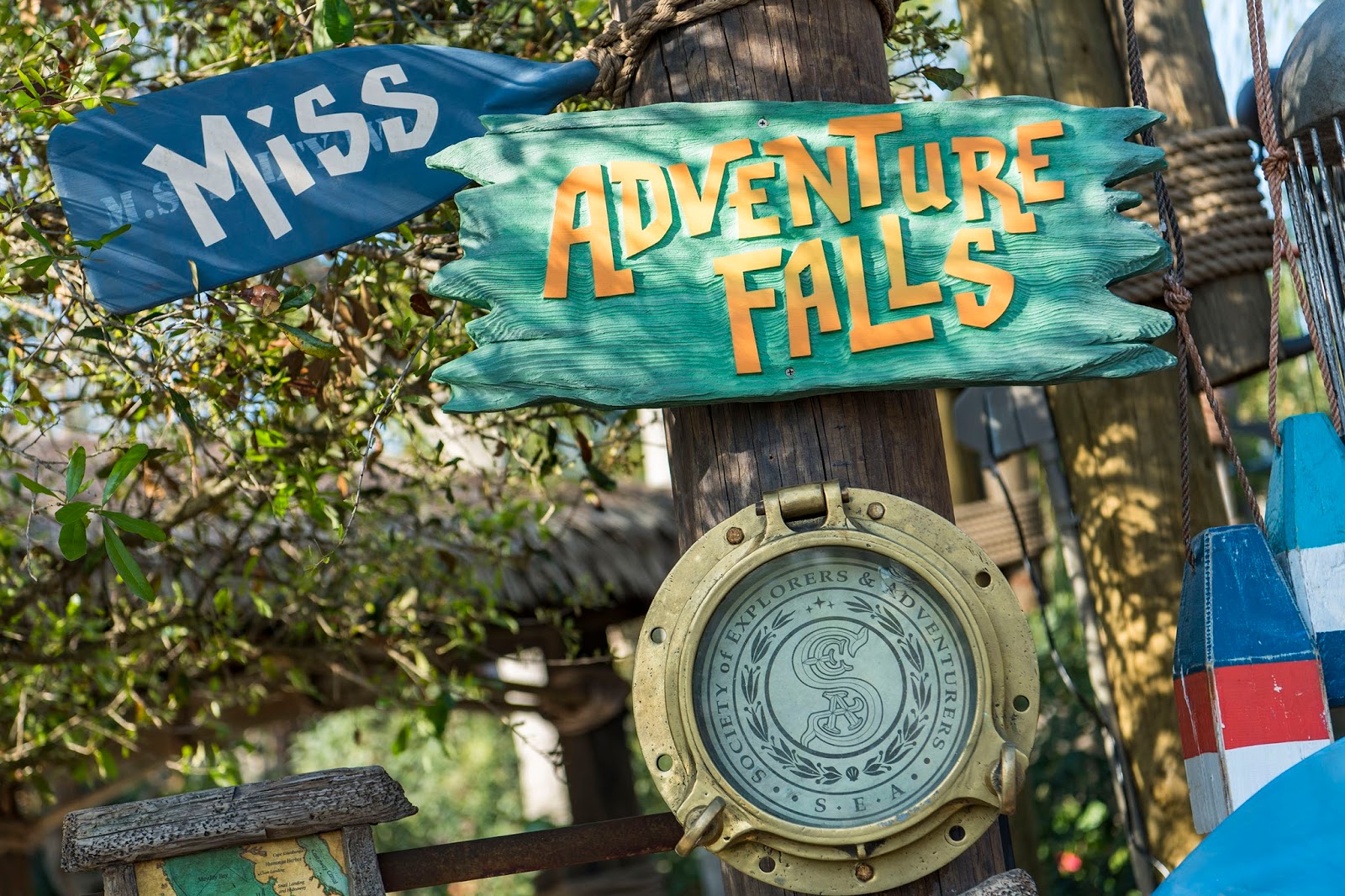 At Disney’s Blizzard Beach Water Park, the “Frozen” Summer Games return from May 26 – Aug. 13. Kristoff and Olaf will be available for a special character greeting and photo opportunity, making Blizzard Beach the only place where guests can meet Kristoff at Walt Disney World Resort. During the friendly competition, guests will be able to participate in ice-pail relays, a snowball toss and much more snowy fun.

The culinary scene at Disney Springs continues to evolve with more exciting food and beverage locales, including The Polite Pig and Paddlefish, both open now.

Featuring modern barbecue cuisine prepared in an open kitchen, The Polite Pig serves up Southern sides like mac-and-cheese and smoked corn and a hearty selection of craft beers and cocktails. There’s also a bourbon bar offering more than 50 selections. The Polite Pig is the newest concept from award-winning Orlando Chefs James and Julie Petrakis who own local favorite restaurants The Ravenous Pig and Swine & Sons. 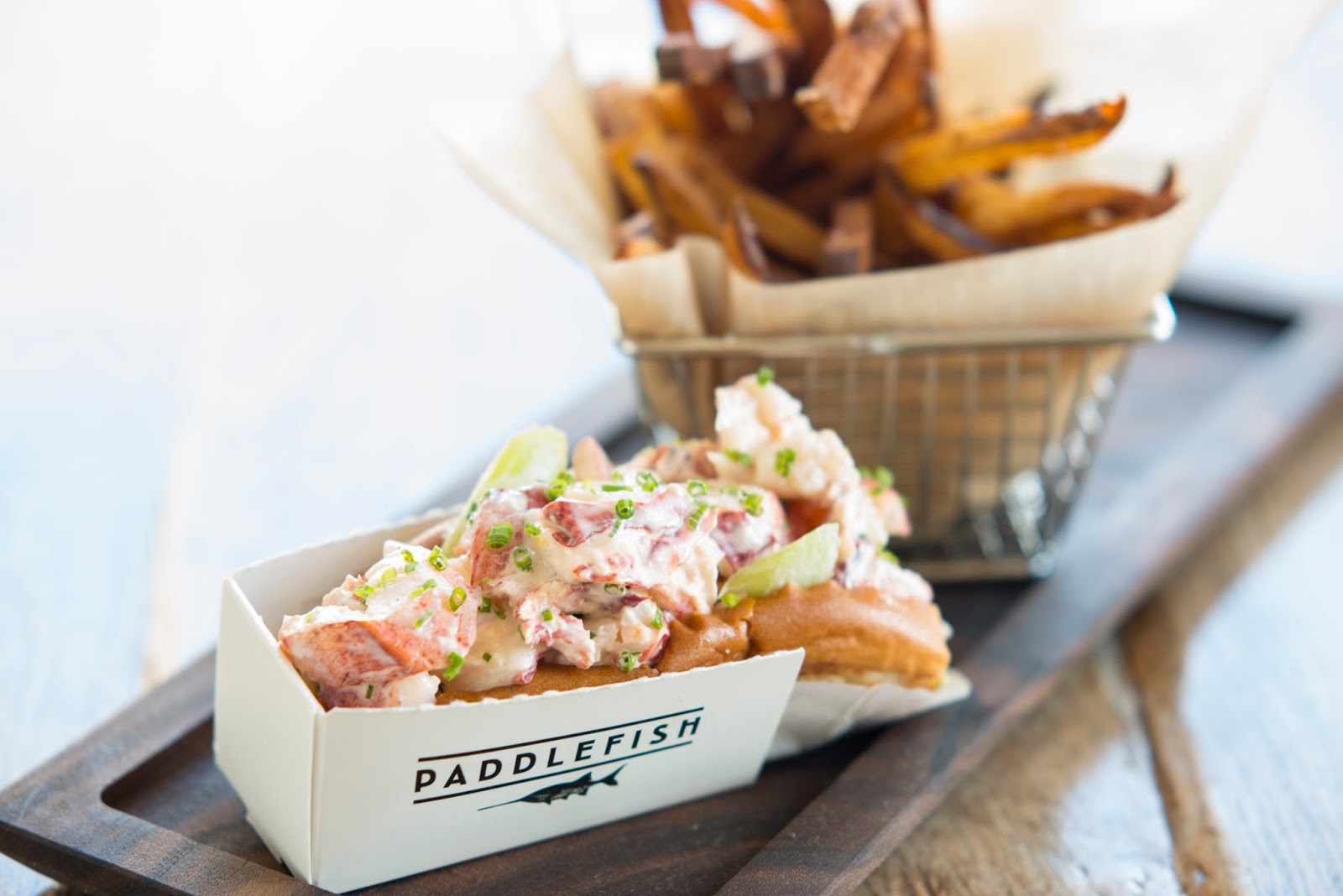 Guests can also step aboard Paddlefish, Disney Springs’ iconic 1800’s paddleboat that’s been reimagined into a modern yacht experience. Paddlefish offers guests a delectable menu of fresh seafood, steaks and chops for lunch and dinner, as well as a delectable Sunday brunch. A new rooftop lounge serves up a late-night menu as well as fantastic views of the water and Disney Springs.

Copper Creek Villas & Cabins at Disney’s Wilderness Lodge Resort opens as the newest Disney Vacation Club Resort on July 17. Inspired by the legendary mining and railroad history of the Pacific Northwest, guests will come “home” to rustic elegance with these new studios, villas and waterfront cabins. 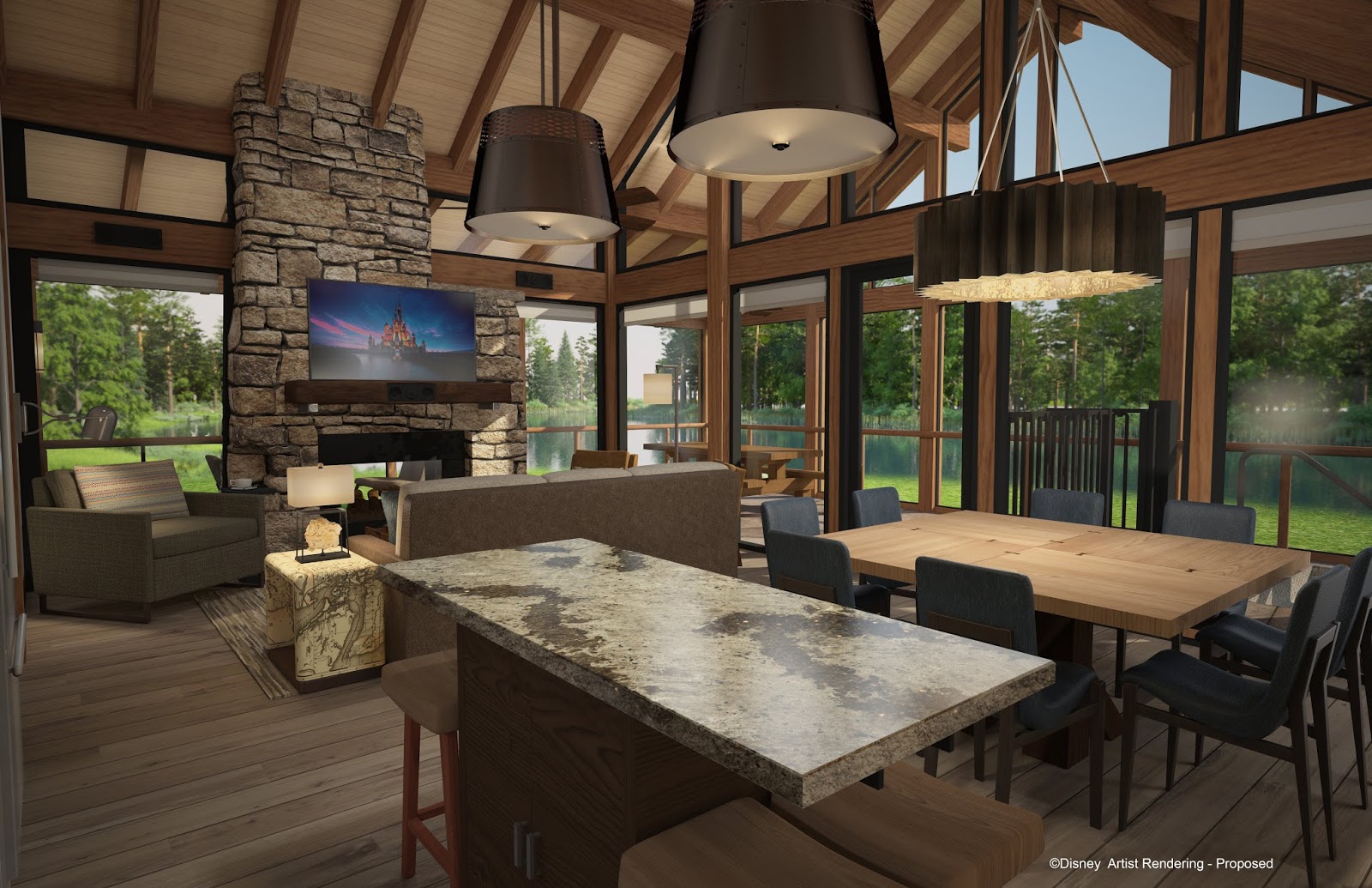 What are you most excited for this summer at Walt Disney World?