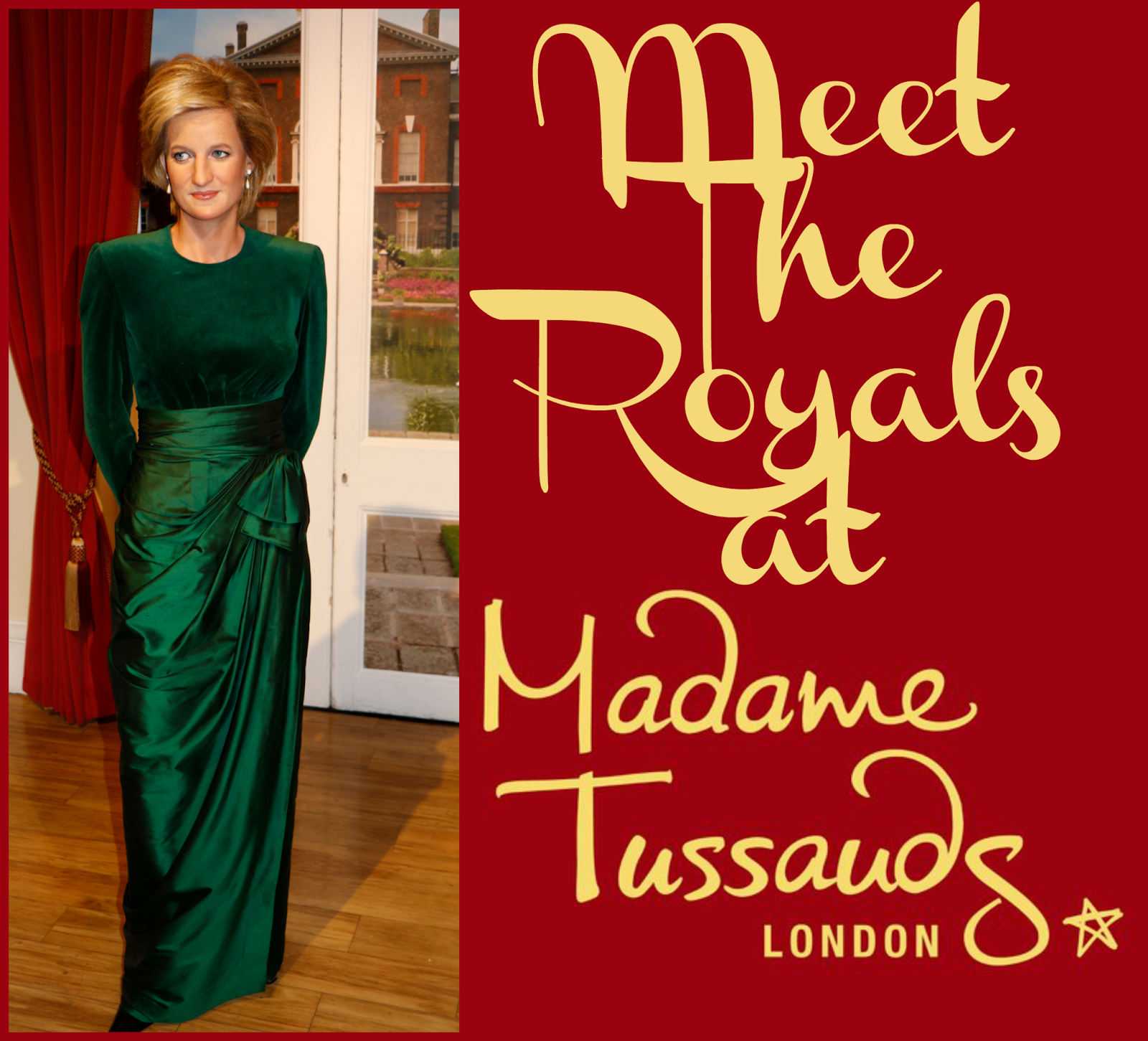 I absolutely had to use a photo of Princess Diana because I was a huge fan of hers. I remember watching her wedding on television when I was a young child, and I cried like a baby when she met her untimely demise. I don’t recall ever crying like that when a celebrity died, but she was my heroine and I loved her! Since then I’ve kept up with the ins and outs of the Royal Family and the shenanigans of Prince Harry, my now favorite Prince. He is a Princess Diana reincarnated in the male form. Lives by his own rules and with not a care in the world. Madison and I were able to visit the Madame Tussauds London museum while on our trip to London just recently, thanks to the kind folks of Merlin Entertainment. Since this is most likely the only way we’ll ever get to the meet the Royal Family we just had to do it. Now if you’re thinking all wax museums are the same, well Madame Tussauds London is on a whole new level of awesome. I’ve also come to realize that no two Madame Tussauds are alike. You can check out our experience at Madame Tussauds New York. 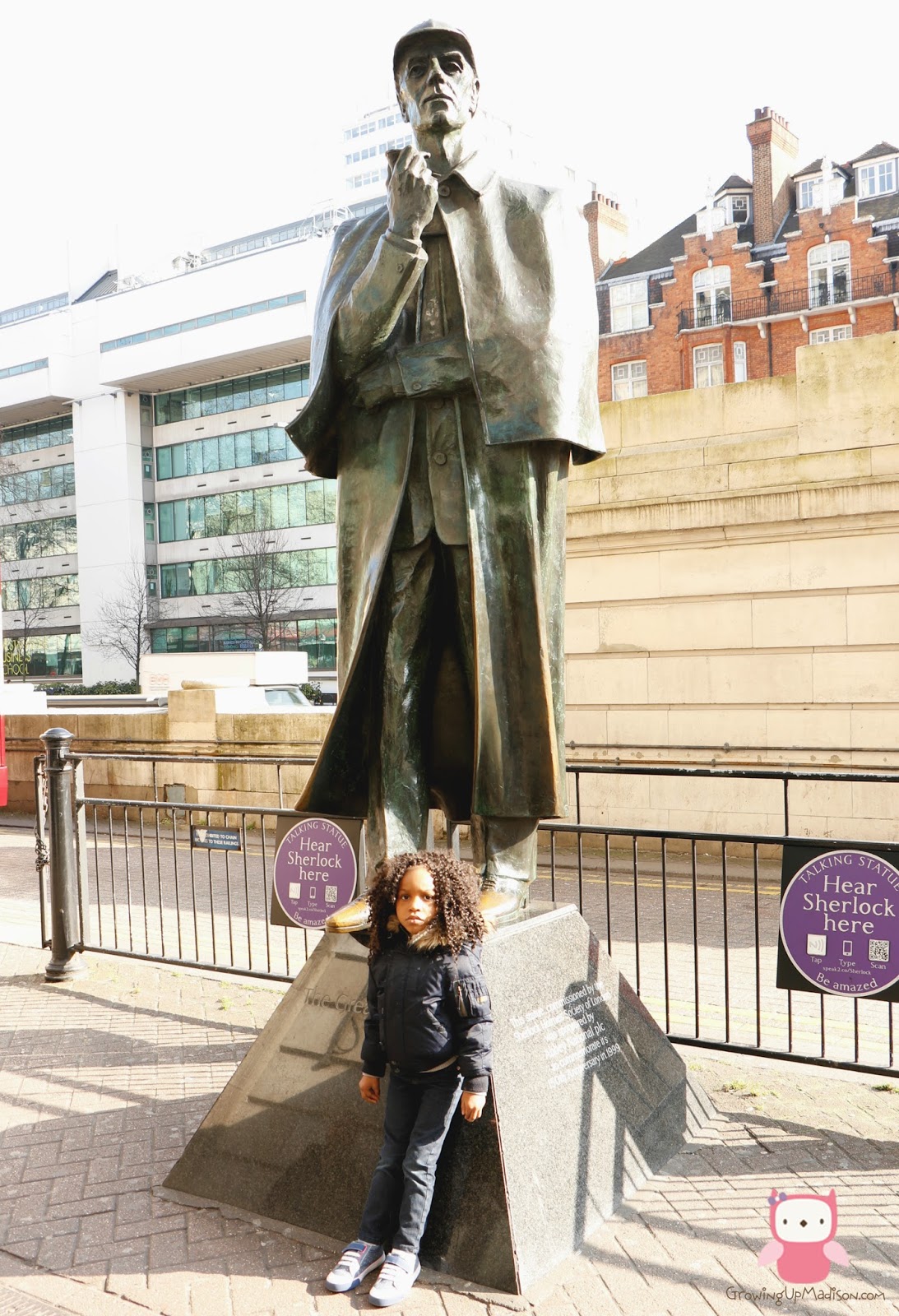 Madame Tussauds London is located on Marylebone Road, just a minute walk from the Baker Street underground train station. If you’re a fan of literature you may remember that Sherlock Holmes, the worlds most famous detective, lived at 221B Baker Street. When you get out of the train station there is even a statue there in his memory. If you’re planning on getting a photo, good luck (in my Taken voice), because the thousands of tourists there, have the same idea that you do. We however got lucky, but not before another mob wanted photos,  so we were able to get this very quick one. Now I’m going to water down this a little for you, in terms of photos, because I want you to check out Madame Tussauds London for yourself. 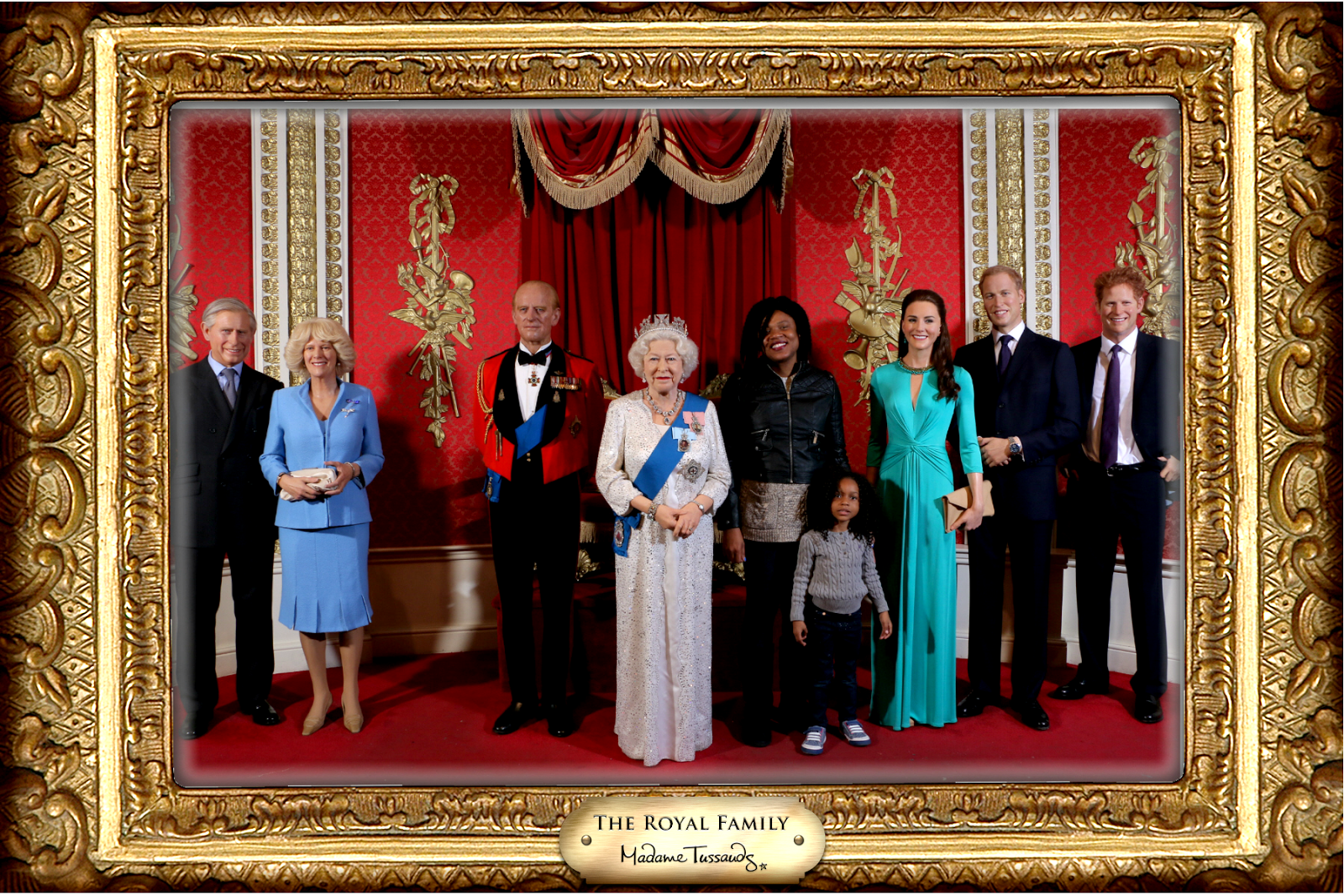 Now while you would expect to see the Royal Family here of course in London there are lots of other statues for you to take a look at. There is even a bit of history where the Royal Family is concerned, so you may even see a few of the Royals from the past. It was fun to see how the styles have evolved over the years, and here’s one thing to note, each statue comes with its own card so you have a brief history of what era, and what they’re all about. Another thing to take note of if you’re from the US, is that the sports that are played in the UK are quite different from those in the US. For example, while growing up in the Caribbean I played the sport cricket with lots of my friends, and I watched the West Indies battle against the UK and even Australia in the world series. I was very surprised to see one of my favorite West Indian cricketer Brian Lara made his way to the Madame Tussauds Hall of Fame. Here in the US we play baseball, quite a different sport. There are also quite a few celebrities that you may find at most Madame Tussauds wax museums, but I love how the British celebrated their own, so be sure to pay attention to those. Now I thought that even after seeing the differences in the museum thus far that the 4D Marvel Experience was going to be the same for sure. Oh how wrong I was. This time I got to hang out with my super hero friends right there in London and it was like night and day. There were different characters involved (I’m not going to tell you who), and there were even a few jumps and screams. This experience is a must do, no matter which Madame Tussauds you visit. There were even a few characters that I got to meet that I didn’t while visiting Madame Tussauds in New York. They however had one exhibit that I JUST HAD TO visit. The Star Wars exhibit is a must visit for all Star Wars fans and maybe even if you aren’t. As soon as you enter you see the recreation of that epic battle between Obi Wan & Qui Gon Ginn against Darth Maul from Star Wars Episode 1: The Phantom Menace. Awesome sauce!!  I mean when will you ever get up close and try to fly a Millennium Falcon with a Wookie, or even get in line with some Storm Troopers? Or how about being one with The Force against Darth Vader after you’ve harnessed your skills from the one and only Master Yoda? Not very likely is it? Visiting Madame Tussauds London is an experience that you’re not going to want to miss and before you leave, be sure to stop in at the gift shop and pick up a souvenir or two. I’m a sucker for gift shops and couldn’t resist. Madison wanted a replica of Elvis while I went straight for a coffee mug. Oh the memories that we made that day. It was so worth the trip. So if you’re ever in London, be sure to visit Madame Tussauds London. You can surely teach a history lesson here and it is such a learning experience for everyone. Remember, Madame Tussauds is not your ordinary ‘museum’. You can touch and pose with your favorite celeb or Royal and you won’t hear “Hey don’t touch that!”. This makes it perfect for those with young children whom we all know find it almost impossible NOT to touch, making it totally family friendly. So add Madame Tussauds London on your list of London’s must see, you won’t regret it!

Opening Hours: However check the website for closures, opening delays or extended times.

Here are the ways to connect with Madame Tussauds London:

Let’s discuss: If you’ve ever been to ANY Madame Tussauds Wax Museum, who were you most excited to see?