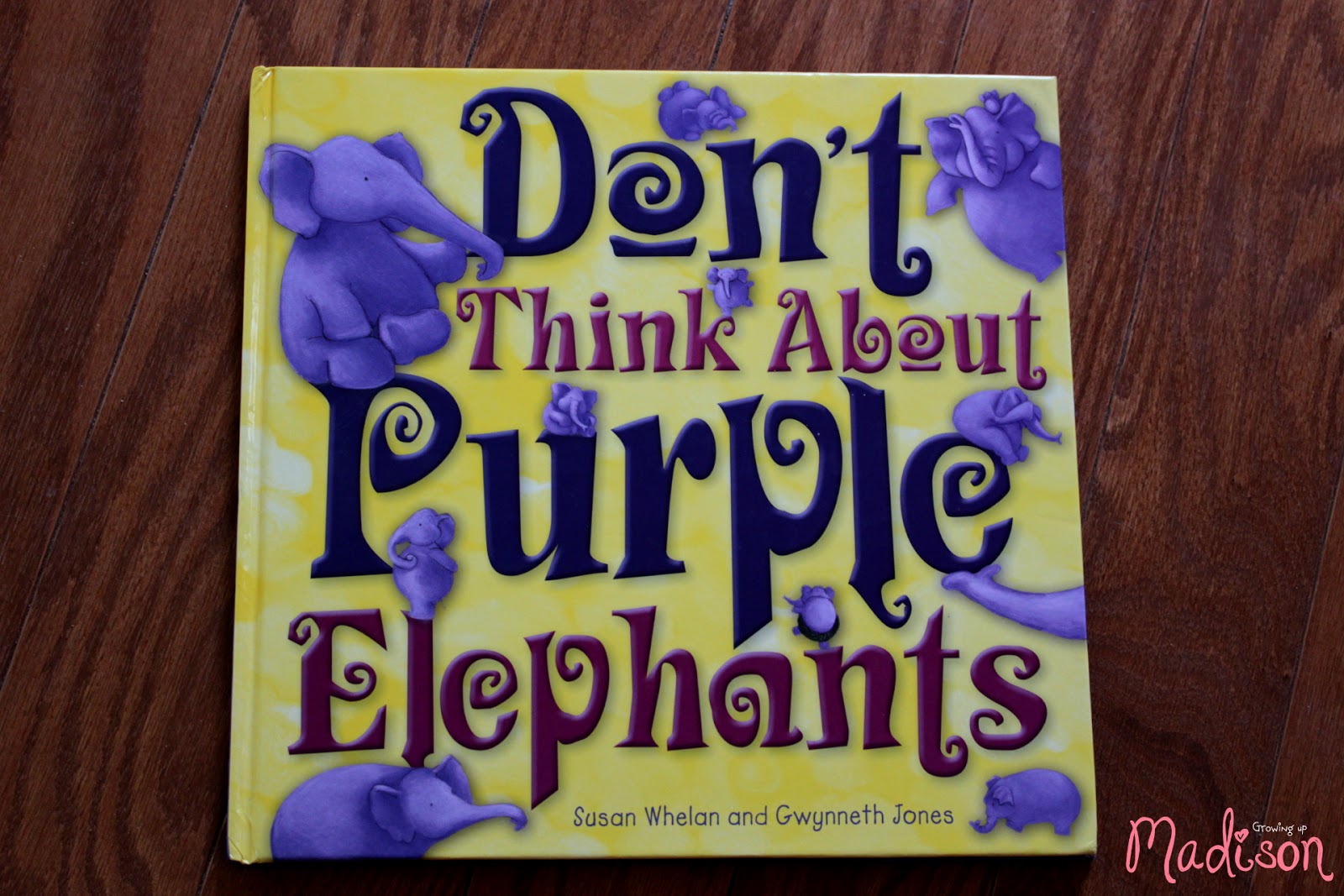 As a parent who suffers from anxiety, I can only imagine what happens when it comes to kids. While Madison doesn’t seem to have the same problem as I do, she does, however, have a difficult time falling asleep at night. She is deathly afraid of the dark and even with a nightlight still finds her way out of her bed and into mine in the middle of the night. There have been times when I would awaken to the sound of banging and crying because I happened to have closed my door ‘accidentally’. These days I sleep with my doors open in the event of her awakening because I just know I would find her at the foot of my bed sans cover. When contacted by Susan Whelan to guest post on Growing Up Madison to share the inspiration of her book Don’t Think About Purple Elephants, I was stoked. I even received my very own copy. Don’t Think About Purple Elephants tells the story about Sophie who worries a lot, especially at night.

When her mother thinks up the brilliant idea of NOT thinking about purple elephants, it’s all that Sophie can actually think about and how funny it is. When you think of something funny, there’s no room for anxiety. Told in beautiful black and white and color illustrations, this book is a sure fun way to help your little ones overcome their fears.

It’s not an unusual request for a parent to hear and at first, I wasn’t particularly bothered by it. My 7-year-old daughter didn’t generally have trouble getting to sleep, so an occasional request to stay with her didn’t set off any warning bells. I was happy to sit by her bed and chat for a while after bedtime stories as she drifted off to sleep.

Over a period of several weeks, the occasional requests for company became nightly demands accompanied by tears and tantrums. As the requests came more frequent, and the tears flowed more freely if I said ‘no’ or set a time limit, I started to wonder if there might be more to her attempts to delay bedtime. It didn’t seem to matter what techniques and strategies I tried, I couldn’t get her to settle easily. 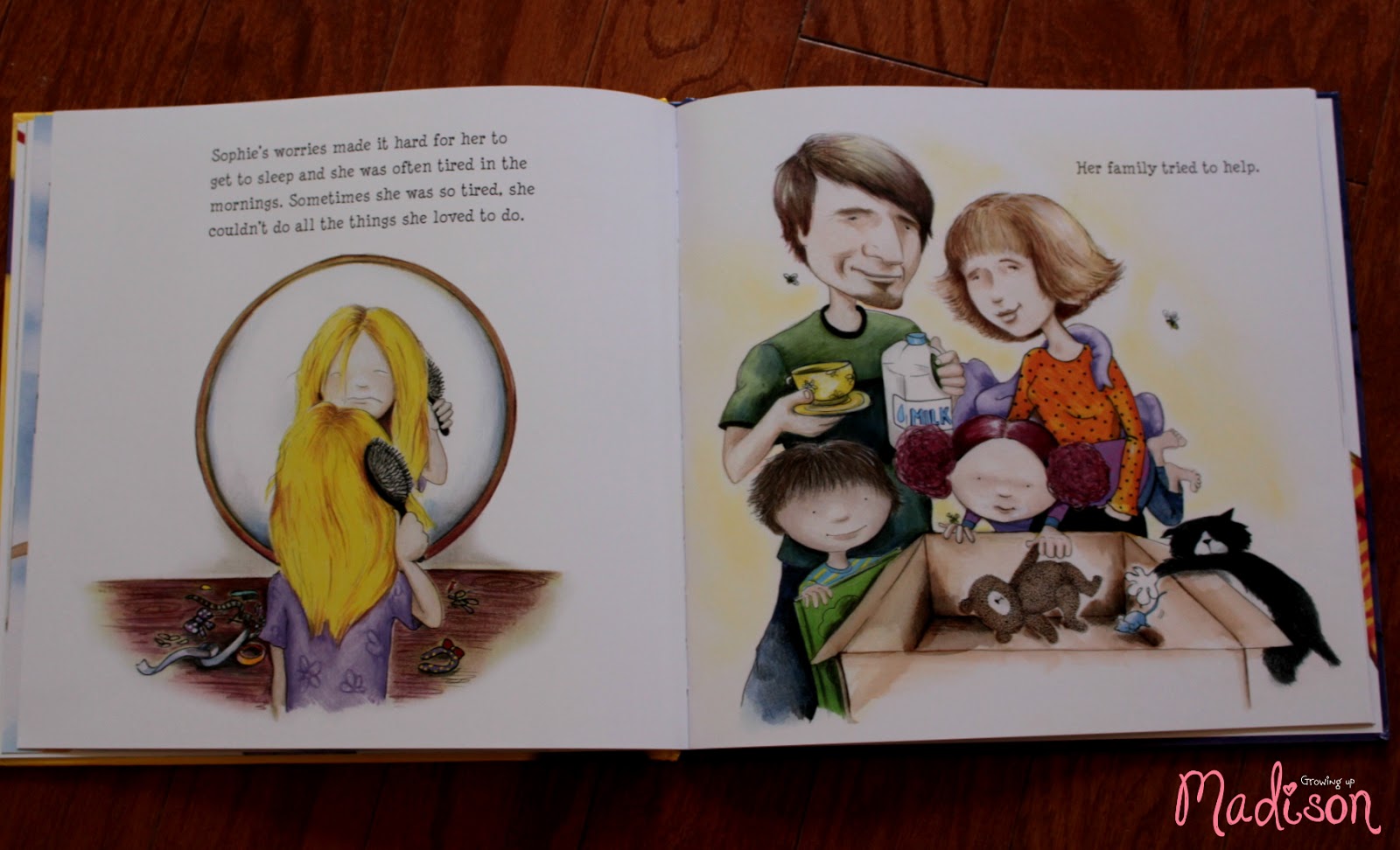 It started to become obvious that my daughter’s bedtime tantrums weren’t inspired by fear or a desire to test boundaries, but rather by anxiety. She didn’t want to be left alone with her thoughts, which ran in an endless loop of things that she was worried about. By avoiding bedtime, she was trying to avoid the anxious feelings, but instead, her exhaustion just made the bedtime worries feel more overwhelming.

Eventually, she and I were both exhausted and I sought advice from my general practitioner, who referred me to a psychologist. The counseling my daughter received helped her to recognize the signs when she started to become anxious and gave her some techniques to help calm her thoughts and take a brief mental time-out if she started to feel overwhelmed. 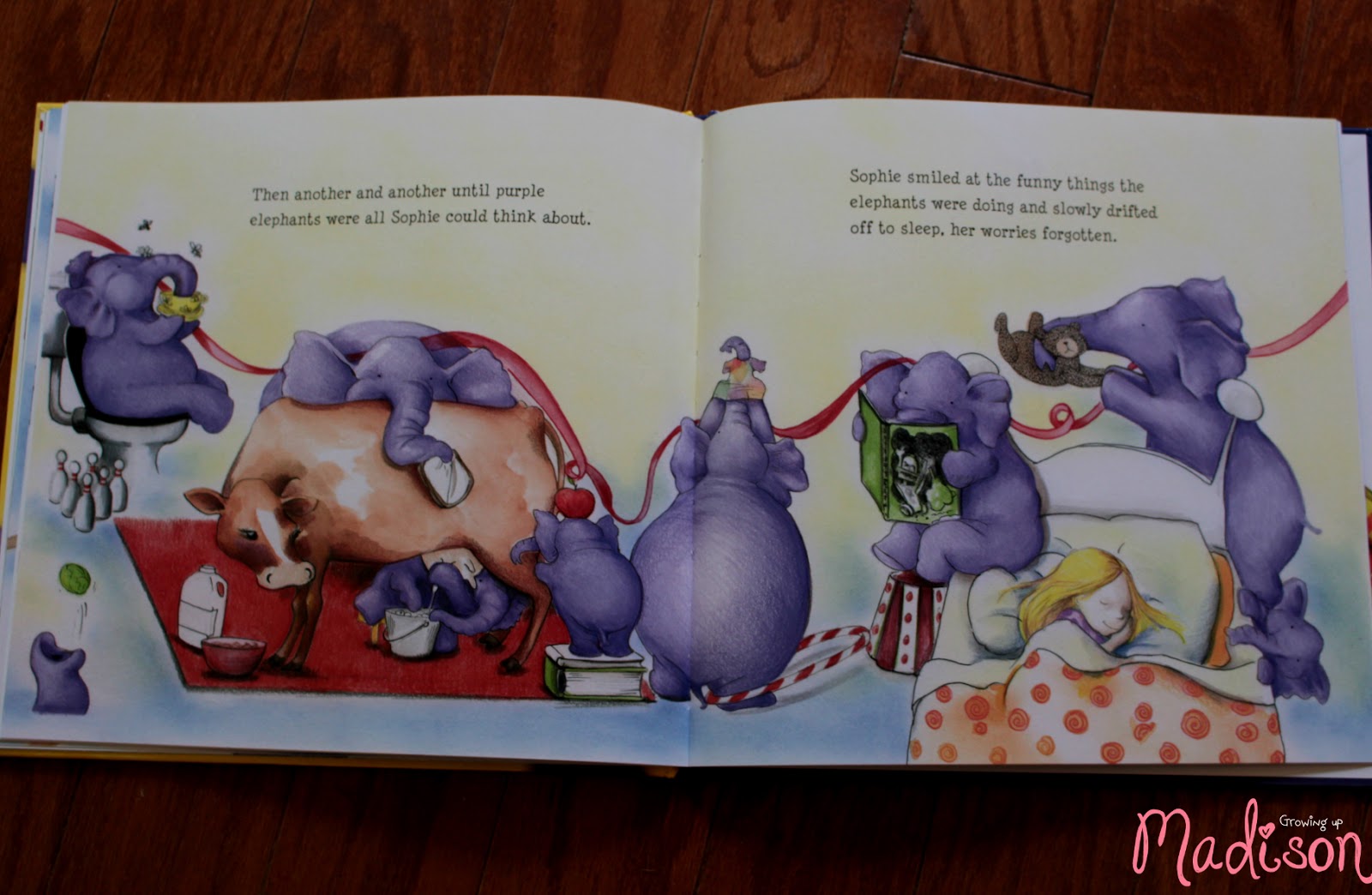 As part of this process, we also developed ways of helping her to be calm and happy at bedtime. One idea that she and I came up with together was a memory game with different colored animals – purple elephants, pink giraffes, green bears, blue kittens. Each night we would add a different animal to the list and would take turns trying to remember them all. It was lots of fun and often became quite silly (especially when I had trouble remembering) and it helped her to go to sleep feeling happy and relaxed.

When a friend challenged me to write a story for children, I reflected on my experience with my daughter and thought about what books I wish I’d had at that time. It seemed obvious to write a story that offered helpful advice on how to relax at bedtime in a fun and whimsical way. The result was ‘Don’t Think About Purple Elephants’, a story about a young girl called Sophie who worries sometimes. Her family tries to help with all sorts of techniques, but it isn’t until Sophie’s mother comes up with a clever plan involving purple elephants that Sophie is able to put her worries aside and fall asleep. 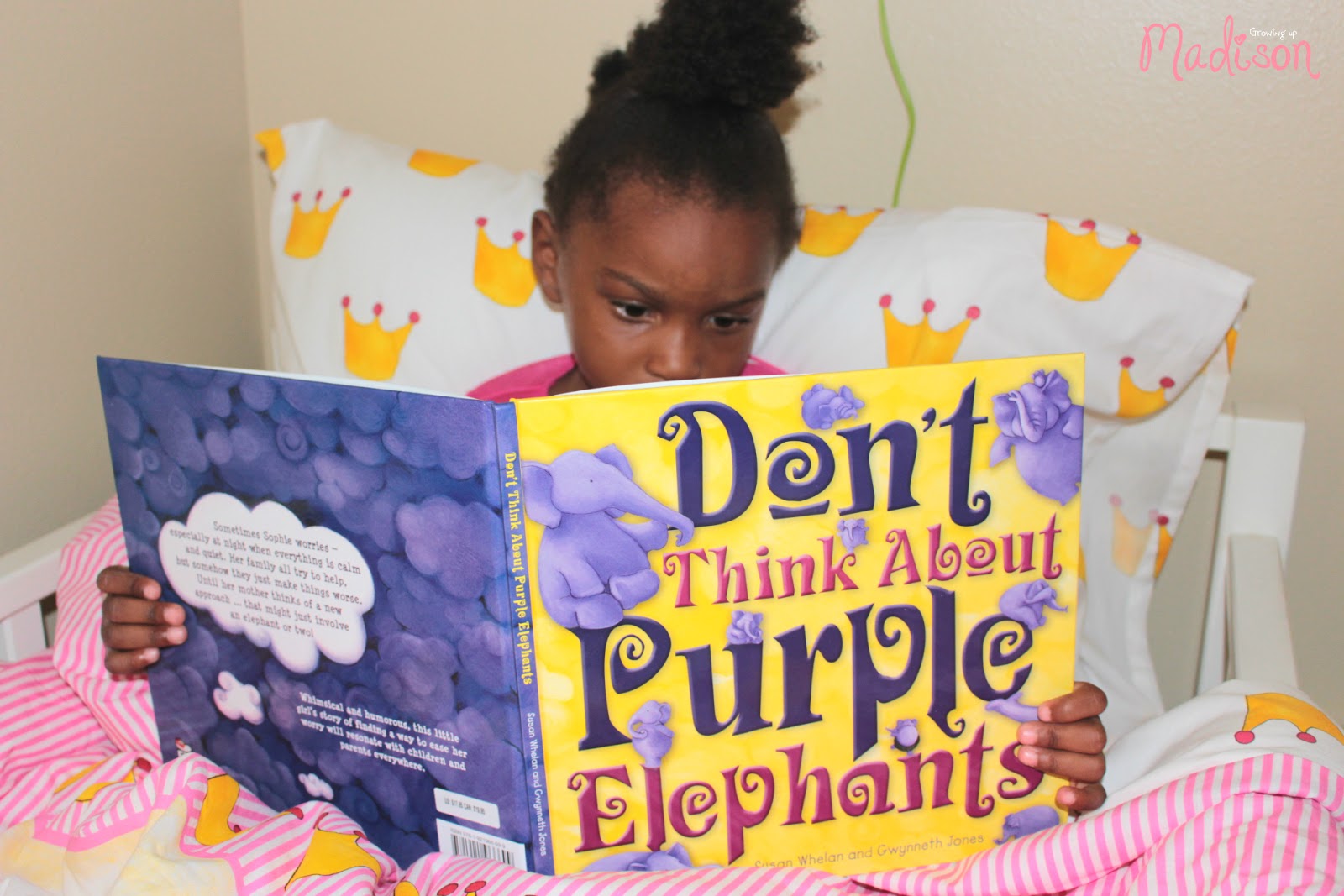 My daughter is now a happy, confident 14-year-old. She still worries at times, as we all do, but the techniques she learned as a 7-year-old have become second nature now and she generally manages her anxiety in a very positive way. I think she’s as pleased as I am that the silly purple elephants we talked about when she was younger have found their way into a story that aims to encourage other young children who find it hard to let go of their worries at bedtime. Susan Whelan is a children’s author and mother of three from Newcastle, Australia. She is a freelance writer and the Managing Editor of Kids Book Review. ‘Don’t Think About Purple Elephants’, illustrated by Gwynneth Jones and published by EK Books, is her first book for children. You can find out more about Susan’s books and writing at her website and Facebook page.