People evenly remotely familiar with witchcraft and witches, in general, must be well aware of the deep connection that binds a witch and its familiar. For the unacquainted familiars are household pets that perform the duty of being the witch’s companion. According to conventional witchcraft belief, familiars are a witch’s guide that has taken the form of an animal to assist and guide them. The function not only to assist and help witches but also to protect and guard them with unflinching loyalty.

In witchcraft, as classical practitioners follow it, familiars are essential. They perform a central and critically decisive role in the whole process. The familiar is, as mentioned before, is the personal spiritual guide of a particular witch. When a witch can forge a lifelong and deep connection with their familiars, it gives them deeper insight and knowledge of the spiritual world’s mysteries and their spiritual nature. Witches can choose from various rituals that they can suitably modify to suit their familiar and forge a deeper connection. Such practices can also invoke the familiar powers to take a more active part in spells and make them more effective.

Familiars, like the powers of its accompanying witch, grow in their abilities over time. Telepathy and the ability to hear the inaudible are two standard means of how to get a familiar spirit, and through these methods, witches acquire a sort of union with their familiar spirit. Other such communion methods also include dreams that the familiar sends and even intuition. Conventional divination practices like searching dark mirrors for visions and various liquids’ surfaces are used to establish the first contact with the familiar pet spirit. Throughout this article, we have mainly referred to familiars as household pets. It is important to note that they might take other forms, including humanoid figures and animals and even hybrid humanoid and animal forms. Reportedly, witches feel their familiars’ presence constantly, and they serve as a significant intuition source of the relevant witch. 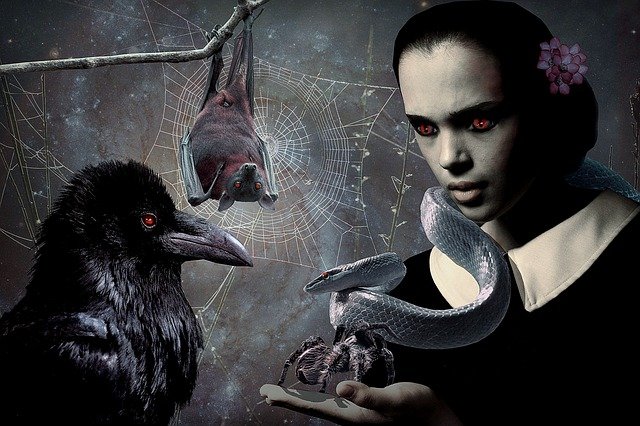 Wicca and witchcraft practitioners are acquainted with the practice of providing offerings to familiar spirits before starting a ritual or spell. It is, in fact, a component of the initial preparations, and it invites the familiar spirit to aid the witch in their bid to achieve the desired outcome. Another vital role that familiars can perform is to venture outside to collect information and affect it there. Typically, in such situations, it might not be safe for the witch to venture out herself.

It is common among witches to devote specific altars meant solely for the familiar or the familiar spirit. The altar is where the familiar is intended to reside and accumulate their spiritual energies whenever necessary. There are specific spells that witches can cast over the altar. The purpose of such spells is to provide power to the familiar and to instruct it as desired by the witchcraft practitioner.

Another thing to mention while discussing familiar altars is the spirit’s vessel. It is nothing but a physical object created by the witch to function as a contact touchstone with the familiar after establishing a relationship with the pet. Once a witch dedicates an altar to their familiar, it rightly belongs to the animal. Never share them with other objects or spirits unless it is the familiar who instructs the witch to do so. A witch must also develop the familiar’s powers and forge a deep and strong connection with the same is to feed it regularly.

Familiars are an ally no worthwhile witch can do without. It not only aids them in their magical spells but also serves to protect their teacher or witch. Another noted aspect of a familiar is its great loyalty. Like we mentioned above, dedicating an altar is a great way to forge strong connections with your familiar. You also need to ensure that it is tended to and well-fed. Traditional witchcraft even goes to the extent of offering the witch’s blood to the familiar beside smoky liquid beverages, if we can indeed call them that. Familiars are also known to attach themselves to the family of a witch or a particular witch coven. In the case of certain witchcraft traditions, the initiatory rituals serve not only as of the coven’s spiritual consciousness but also as the familiar.

To finish off, we should mention that familiars serve unique functions, and they are a private part of the witch in question. Often, each familiar observes inimitable protocols and habits that won’t work for any other familiar. Further to add to the personalization, each witch interacts with their familiar in their very own unique ways. The relationship between a familiar and the concerned witch may transcend witchcraft to the very intimate and inseparable relationship between people and animals.