DON’T MISS ALL OF THE FRIGHTENING FUN WITH THESE NICKELODEON FAVORITES! 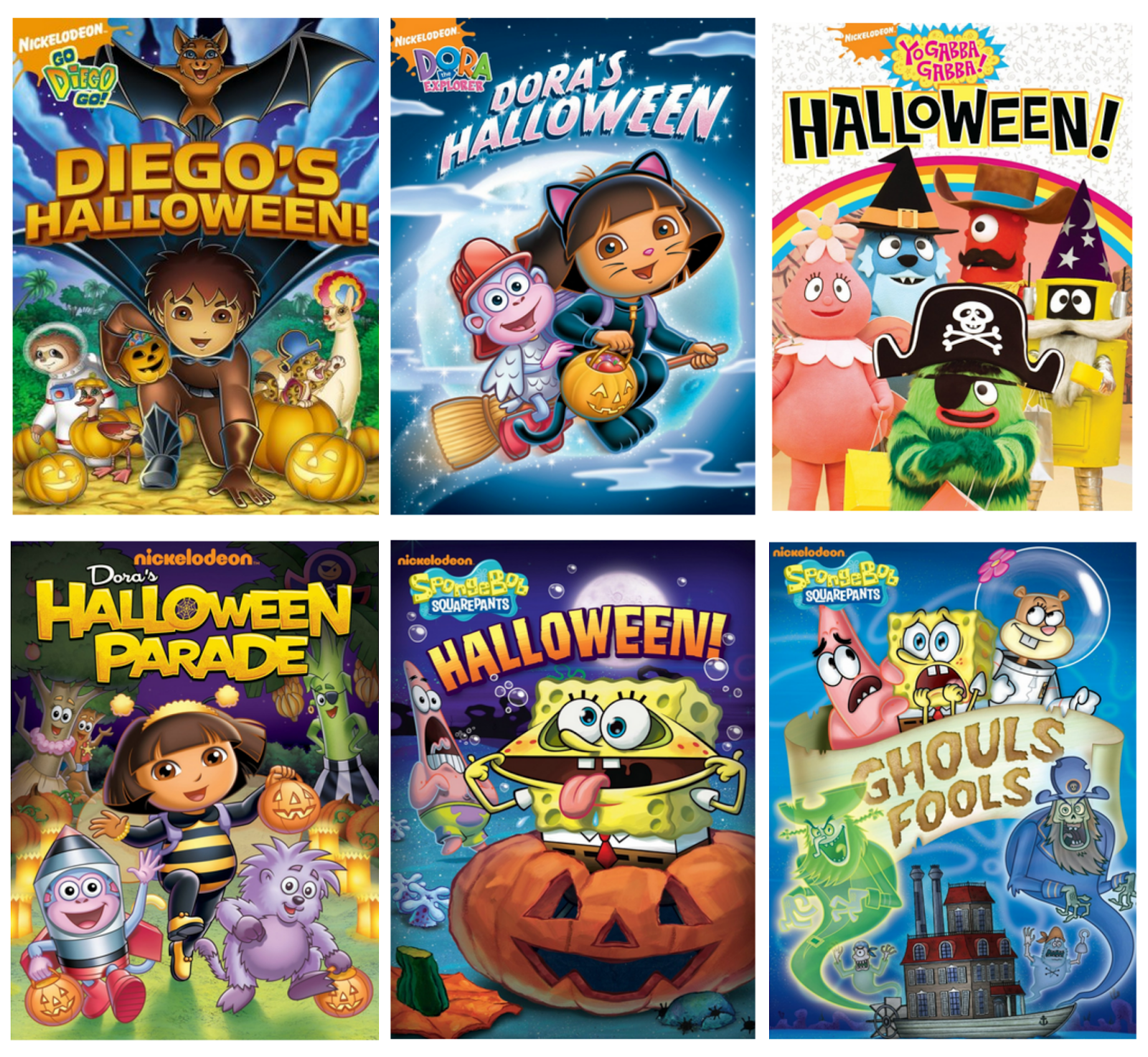 If you’re a big fan of Nickelodeon then you would be happy to know that these six Halloween DVD’s are all available right now. What’s even better is that you can win all six of them right here on Growing Up Madison. Yes ALL SIX of them! What’s Halloween without a Nickelodeon Halloween DVD Roundup? 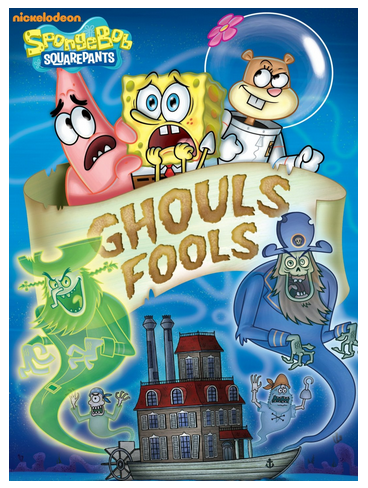 Take a haunting, hilarious dive into Bikini Bottom and enjoy some ghostly tunes!  In addition to the double-episode, “Ghoul Fools,” go on a treasure hunt, learn to tie nifty knots and board the Flying Dutchman to haunt the Seven Seas.                       DVD SRP: $12.99 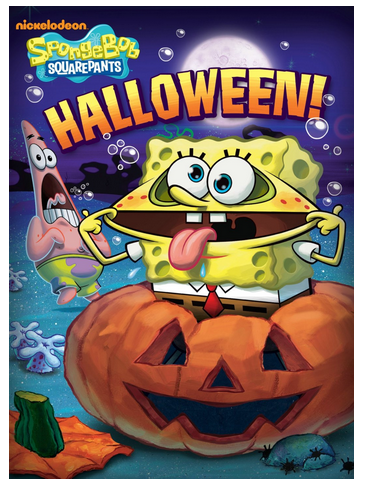 The Halloween celebrations in Bikkini Bottom are plentiful in this 10-episode collection, including 5 Halloween-themed episodes like “Frankendoodle” and “Squidward, The Unfriendly Ghost.” DVD SRP: $14.99 Dora the Explorer: Dora’s Halloween Parade 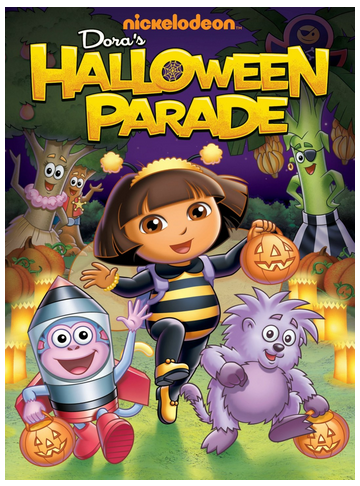 Join Dora and her friends on exciting Halloween adventures in this four-episode DVD. In addition to the title episode, this DVD includes “Boo!,” “The Backpack Parade” and “Dora, la musico.” DVD SRP: $12.99 Dora the Explorer: Dora’s Halloween Dora invites fans for non-stop Halloween fun in this four-episode DVD.  Episodes include “Boo!,” “The Missing Piece,” “To The Monkey Bars,” and the “The Big Storm.” DVD SRP: $16.99 Yo Gabba Gabba!: Halloween! 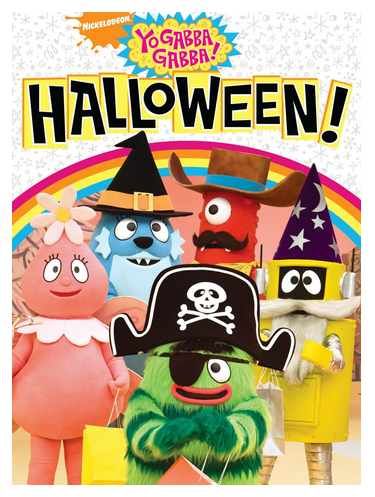 Excitement abounds as the characters dress up in outrageous costumes and gather private stashes of candy. Through “The Fall Song,” “Halloween Party Song,” and “Trick or Treat Song” the characters learn what happens on Halloween, and just as important, the song “Too Much Candy” helps the characters to understand eating candy in moderation. The DVD contains 3 additional episodes. DVD SRP: $9.99 Go, Diego, Go!: Diego’s Halloween! 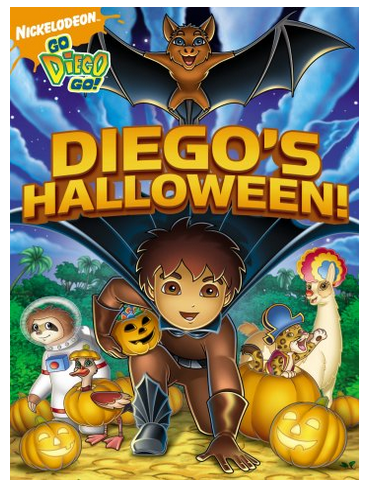 Help Diego and Freddie the Fruit Bat save the llamas so they can deliver Halloween treats to all of the animals! This DVD includes “Freddie The Fruit Bat Saves Halloween,” “Diego and Dora Help Baby Monarch Get to the Festival,” “Alicia Saves the Crocodile!” and “Manatee’s Mermaid Rescue!” DVD SRP: $9.99   About NickelodeonNickelodeon, now in its 35th year, is the number-one entertainment brand for kids. It has built a diverse, global business by putting kids first in everything it does. The company includes television programming and production in the United States and around the world, plus consumer products, online, recreation, books and feature films. Nickelodeon’s U.S. television network is seen in almost 100 million households and has been the number-one-rated basic cable network for 19 consecutive years. For more information or artwork, visit http://www.nickpress.com.  Nickelodeon and all related titles, characters and logos are trademarks of Viacom Inc. (NYSE: VIA, VIA.B).  About Paramount Home Media DistributionParamount Home Media Distribution (PHMD) is part of Paramount Pictures Corporation (PPC), a global producer and distributor of filmed entertainment.  PPC is a unit of Viacom (NASDAQ: VIAB, VIA), a leading content company with prominent and respected film, television and digital entertainment brands.  The PHMD division oversees PPC’s home entertainment, digital and television distribution activities worldwide. The division is responsible for the sales, marketing and distribution of home entertainment content on behalf of Paramount Pictures, Paramount Animation, Paramount Vantage, Paramount Classics, Insurge Pictures, MTV, Nickelodeon, Comedy Central and CBS and applicable licensing and servicing of certain DreamWorks Animation titles.  PHMD additionally manages global licensing of studio content and distribution across worldwide digital and television distribution platforms including online, mobile and portable devices and emerging technologies.