Disclaimer: This is a Press Release and Growing Up Madison received nothing in exchange for this post. We are here to share information with you. 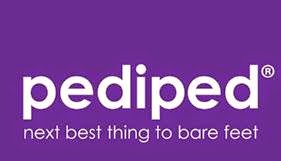 Is your child comfortable in front of the camera? If so, pediped® is looking for you! The award-winning children’s footwear brand is searching for the next rising star to model in its upcoming photo shoot this fall. The national casting call is going on now. 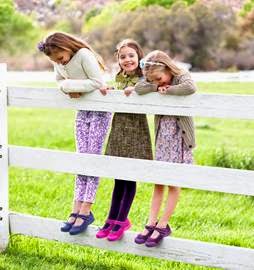 The submission phase will run from July 14 to July 22. Entry photos can be uploaded to pediped.com during this time. One grand prize winner will be selected by pediped® founder, Angela Edgeworth, for a trip for two to Las Vegas to partake in the Spring/Summer 2015 photo shoot in October 2014. The winner will also receive a $500 pediped® gift card.

The voting phase will run from July 30 to August 5. Photos will be categorized into a walking stage determined by child’s age and displayed in an online photo gallery. Fans are encouraged to vote for their favorite and the photo that receives the most votes in each of the three stages, Originals®, Grip ‘n’ Go™ and Flex®, will be featured on pediped.com and social media platforms.

How the pediped® Casting Call works:

Entry Phase: From July 14 to July 22, parents in the US can enter their child into the contest by visiting http://www.pediped.com/castingcalllanding.aspx and uploading a recent photo of their child for a chance to be featured in the pediped® photo shoot and national advertising campaign. Photos will be placed in a pediped® walking stage category based on the child’s age – Originals® (age 0-12 months), Grip ‘n’ Go™ (age 13-24 months) and Flex® (age 25 months to 8 years).

Voting Phase: From July 30 to August 5, the photo gallery will be open for voting at http://www.pediped.com/castingcalllanding.aspx.  Fans can view and vote for their favorite photos and encourage friends and family to vote by sharing the contest virally on Facebook, Twitter, and email. Fans are allowed one vote per photo per day.

Prizes: One grand prize winner, selected by pediped® Founder Angela Edgeworth, will receive a $500 pediped® gift card and a trip for two to the pediped® photo shoot in Las Vegas. The photo with the most votes in each stage, determined by fan votes, could be featured on pediped.com and will be considered for use in pediped® marketing materials. The winners will be announced in mid-August. 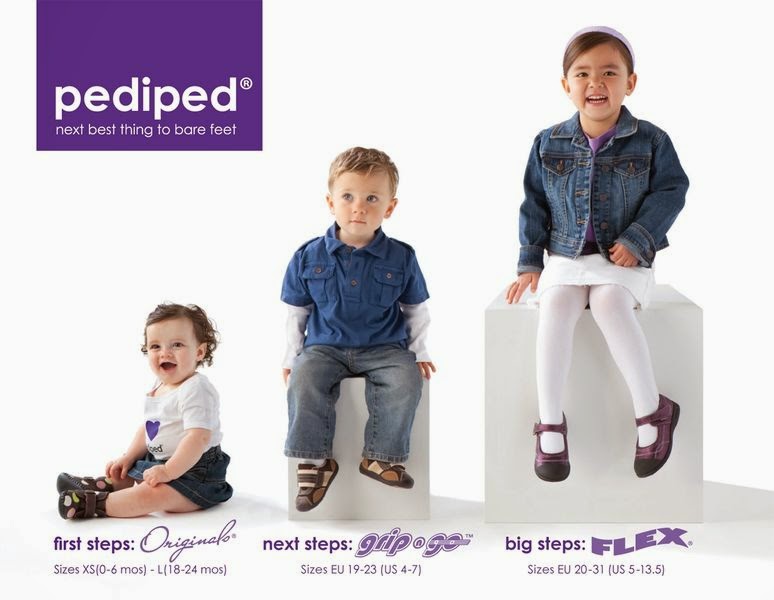 Exceptional quality, unsurpassed comfort, and distinctive styling have made the award-winning company the fastest growing children’s footwear brand in the United States. pediped® has been awarded the American Podiatric Medical Association Seal of Acceptance for the promotion of healthy foot development, and preeminent orthopedic medical professionals, Dr. Mininder S. Kocher and Dr. Thomas W. Vorderer, deem pediped® shoes an excellent choice for parents/caregivers who want their children’s feet to develop naturally and healthily. In 2011, Earnshaw’s, the premier media resource serving the children’s market, recognized pediped® with an Earnie Award for Company of the Year and Best Footwear. Earnshaw’s also recognized pediped® with an Earnie Award for Company for Good for their philanthropy efforts of nearly $2 million in 2012, and an Earnie Award in 2013 for Best Community Outreach. In 2014, the Footwear Industry Awards recognized pediped® as a finalist for Footwear Brand of the Year and Children’s Footwear Brand of the Year. pediped® also earned a 2014 Family Choice Award and 1st place 2014 Reader Favorite Award from Baby & Children’s Product News.

pediped® is sold in over 2,500 stores in the United States and 40 countries worldwide with an offering of more than 140 designs for boys and girls between its three lines, Originals®, Grip ‘n’ Go™ and Flex®. The award-winning footwear is available in EU sizes 17 to 36 (US newborn to 4.5 Youth).