Winter isn’t officially here as yet but in some places there have been lots of snow. While we ourselves have had a lot of snow, unfortunately for us there wasn’t enough for us to actually go outside and build a snowman. We did have enough to start a snow fight which we all enjoyed. While we missed out on building our snowman, which is something the kids and I as a mom really enjoy doing we did have a few other options. So what’s a mom to do when the kids want to build a snowman and there’s not enough snow? Well we improvise and do the next best thing. We make marshmallow snowmen! Not only are they fun and easy to make but they are super delicious too. The next time your kids have a snow day with not enough snow, how about making these super delicious marshmallow snowmen. 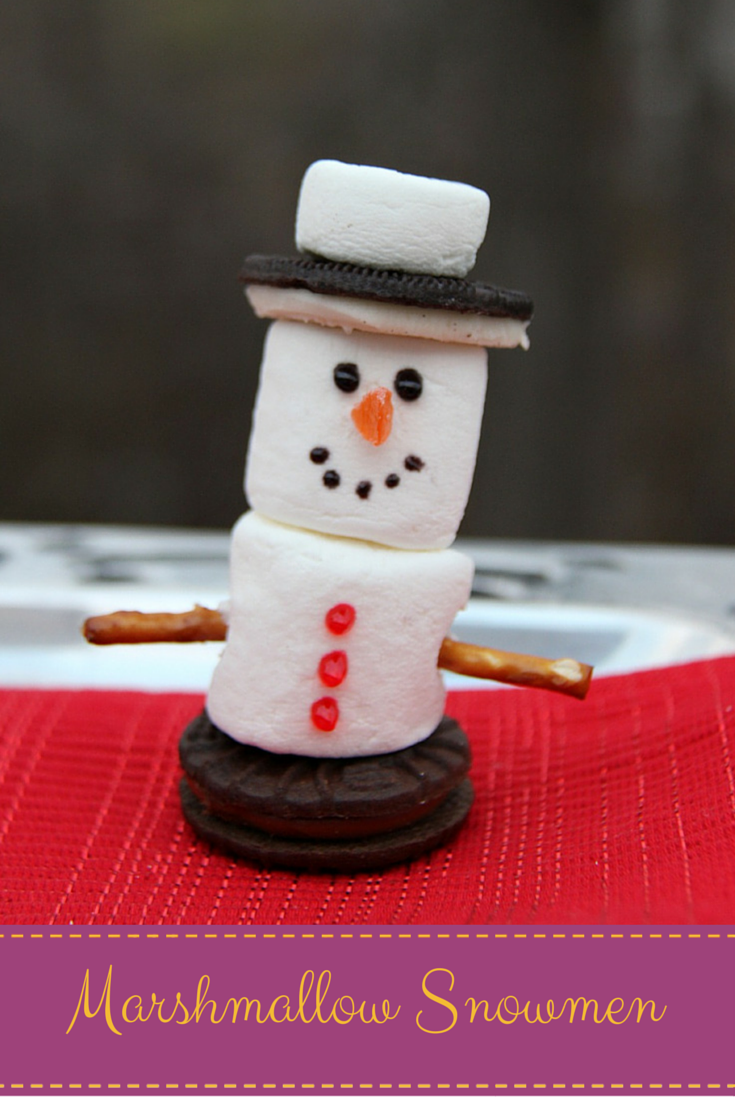 Here is what you’ll need:

Toothpicks (or use royal icing as a ‘glue’) 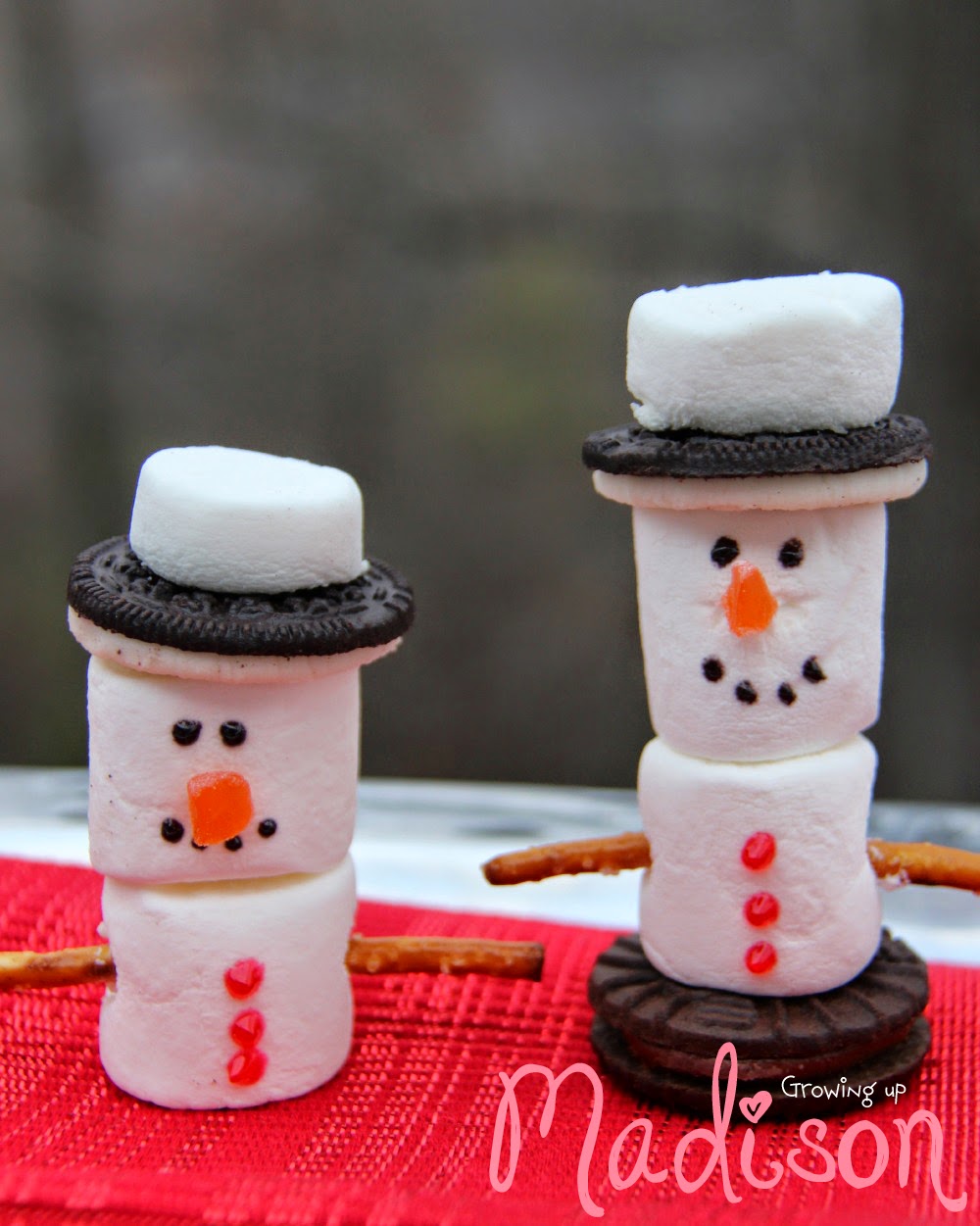 Use royal icing or the end of a toothpick to attach nose.

Break pretzel sticks to desired length and insert into bottom marshmallow for arms.

For hat take one side of the cookie off of an oreo.  Place on top of the marshmallow head.  Cut a marshmallow in half and place on top (stick with royal icing or sparkle gel icing) to create a hat. 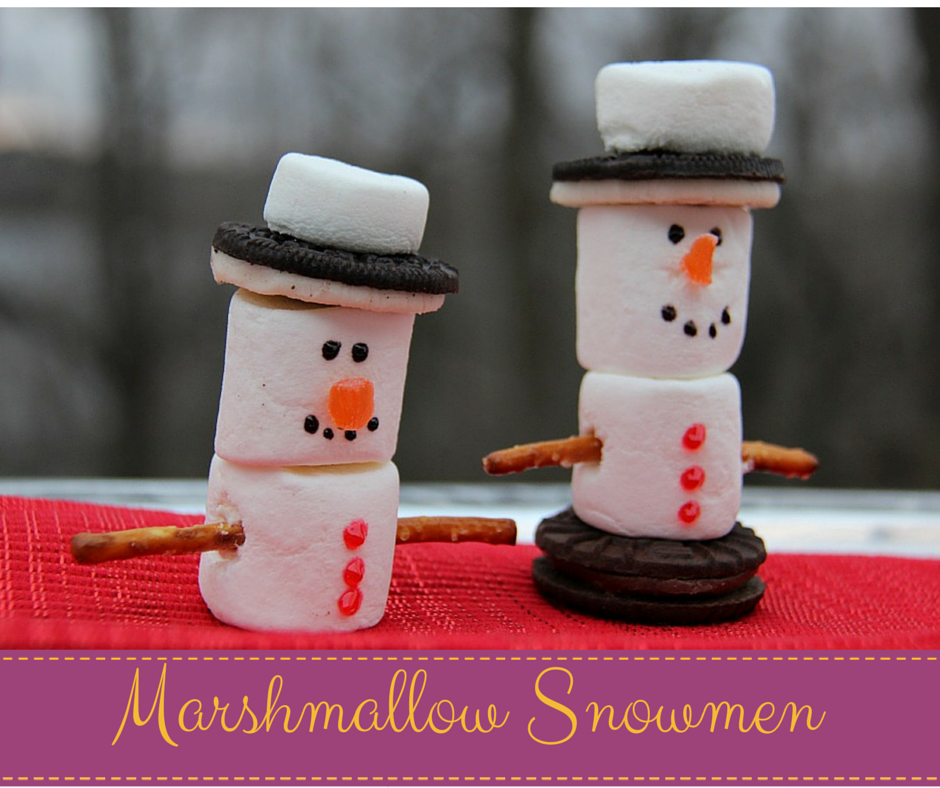 (optional) you can also add licorice to create a scarf.

So the next time you’re stuck indoors and the kids want to build a snowman, how about making these marshmallow snowmen? They will enjoy making and eating them as much as you do. I guarantee it!

What fun snacks do you make on a cold and wintery day?