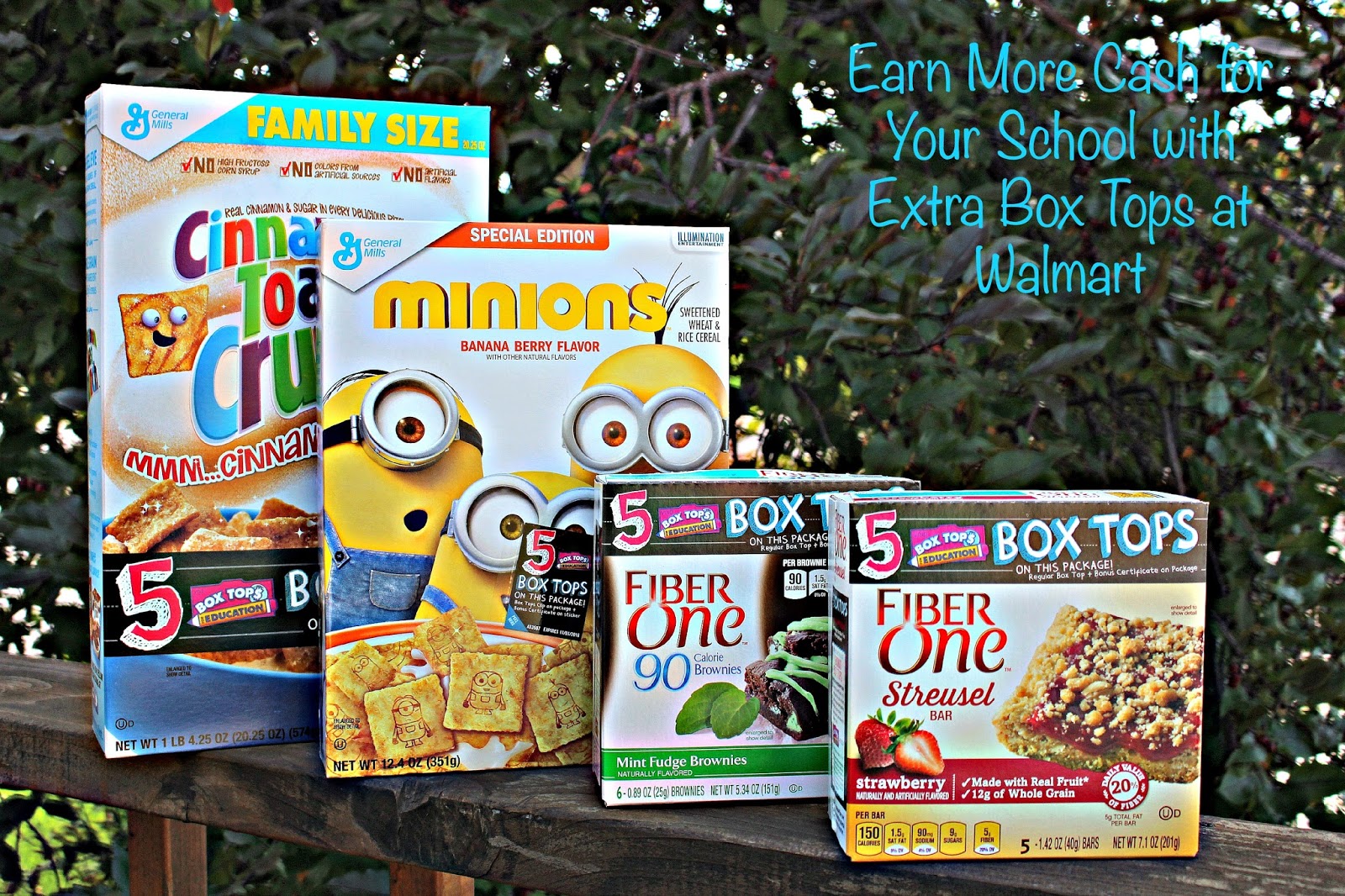 Back to school shopping is over in terms of buying the school supplies, the clothing but it’s  never over when it comes to food. It seems like my kids are bottomless pits and can never eat enough. However when I shop I try and look for deals. With a household of 4 children between the ages of 19 and 3 there is however one thing I have to have. Cereal and lots of it along with snacks. When I do shop I also look to see whether or not I can help out the kids school as well. I’ve been a participant in the Box Tops for Education program for over 10 years and this year is no exception. I have to admit I’m not always good at collecting and clipping and sometimes I do forget. Whenever I get a good deal like extra Box Tops though I’m always excited. After all I’m one of those parents who hate fund raising. I hate going house to house selling candy and whatever else the schools wants to sell. This way I get to do this in the comfort of my home and eat the goodies as well. This back to school, General Mills introduced a way you can earn more cash for your school with extra Box Tops on participating products at Walmart. 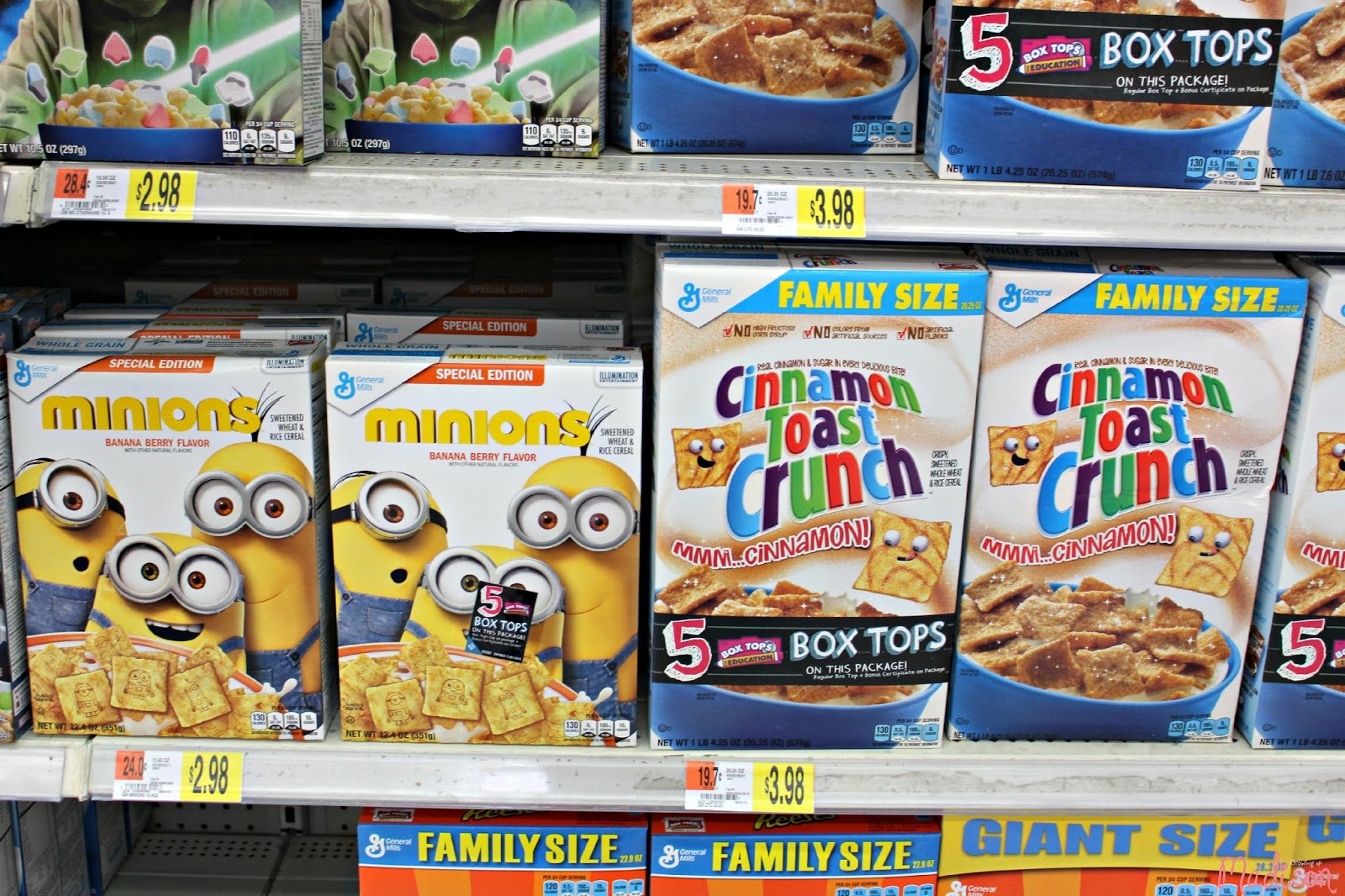 Usually when I shop for Cereal I tend to look for the packages that has Box Tops so that I could help out my children’s school. If you have no idea how Box Tops for Education works, it’s pretty easy. You buy the products, clip the Box Tops and then send them in to your school coordinator. Each Box Tops you clip is worth $0.10 so the more you collect the more your school can earn. The schools then send in their Box Tops and get a check in return. This has helped our schools get books for their libraries and have even helped with trips.  Only schools k-8 can participate and I’ve been lucky to have a child in a school that participates every year for the past 10 years or so. 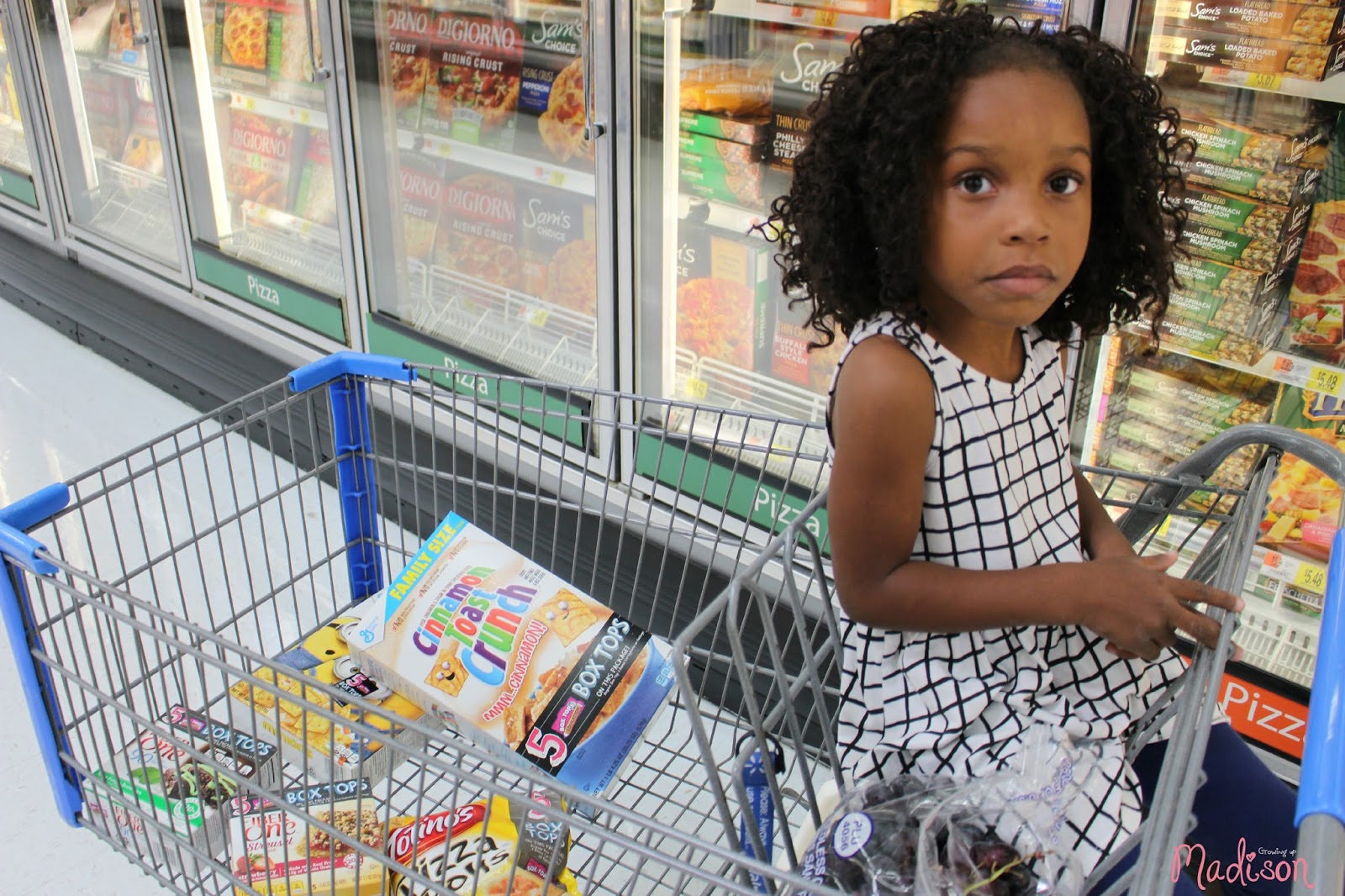 On our recent shopping trip to Walmart to stock up on cereal and snacks I happened to noticed that General Mills had bonus Box Tops. Now instead of getting $0.10 I can now $0.50 so of course I grabbed a few things. Not just for the kids but also for me. While the kids can have their cereal’s I wanted my Fiber One bars which was included in the promotion. The boys just love Cinnamon Toast Crunch, but Madison happened to see that the Minions had a special edition cereal that she also just had to have. Luckily it was also included in the promotion. Well in her case she “needed” it and I had to buy it for her. Also stocked up on some Totino’s Pizza Rolls for after school snacks. The boys would tell you that those things are delicious! 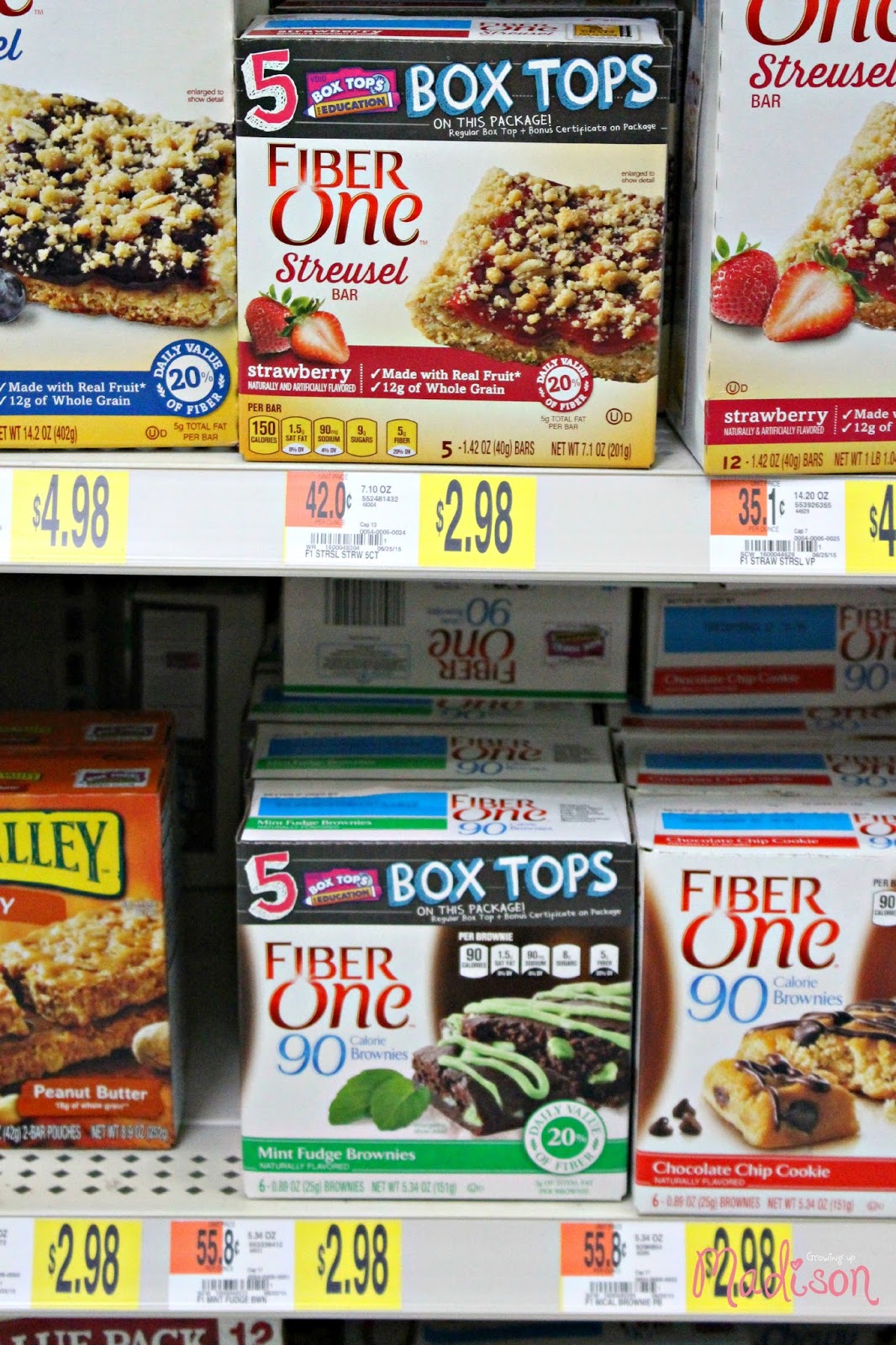 So if you’re looking for a way to help out your kids school and also stock up on some amazing snacks then head to Walmart. Check out your General Mills in the cereal and snack aisle and cut those bonus Box Tops. Remember instead of earning $0.10 you’ll be earning $0.50 which is a huge bonus for your school. So far Box Tops is one of the largest school earning loyalty program in America and there are over 80,000 participating schools. Box Tops for Education has also contributed over $525 million to participating schools since the program launched in 1996. That’s a lot of money to a lot of schools and the great thing about it is that the schools can use it any which way the want. So run to Walmart and look for those specially marked packages today. 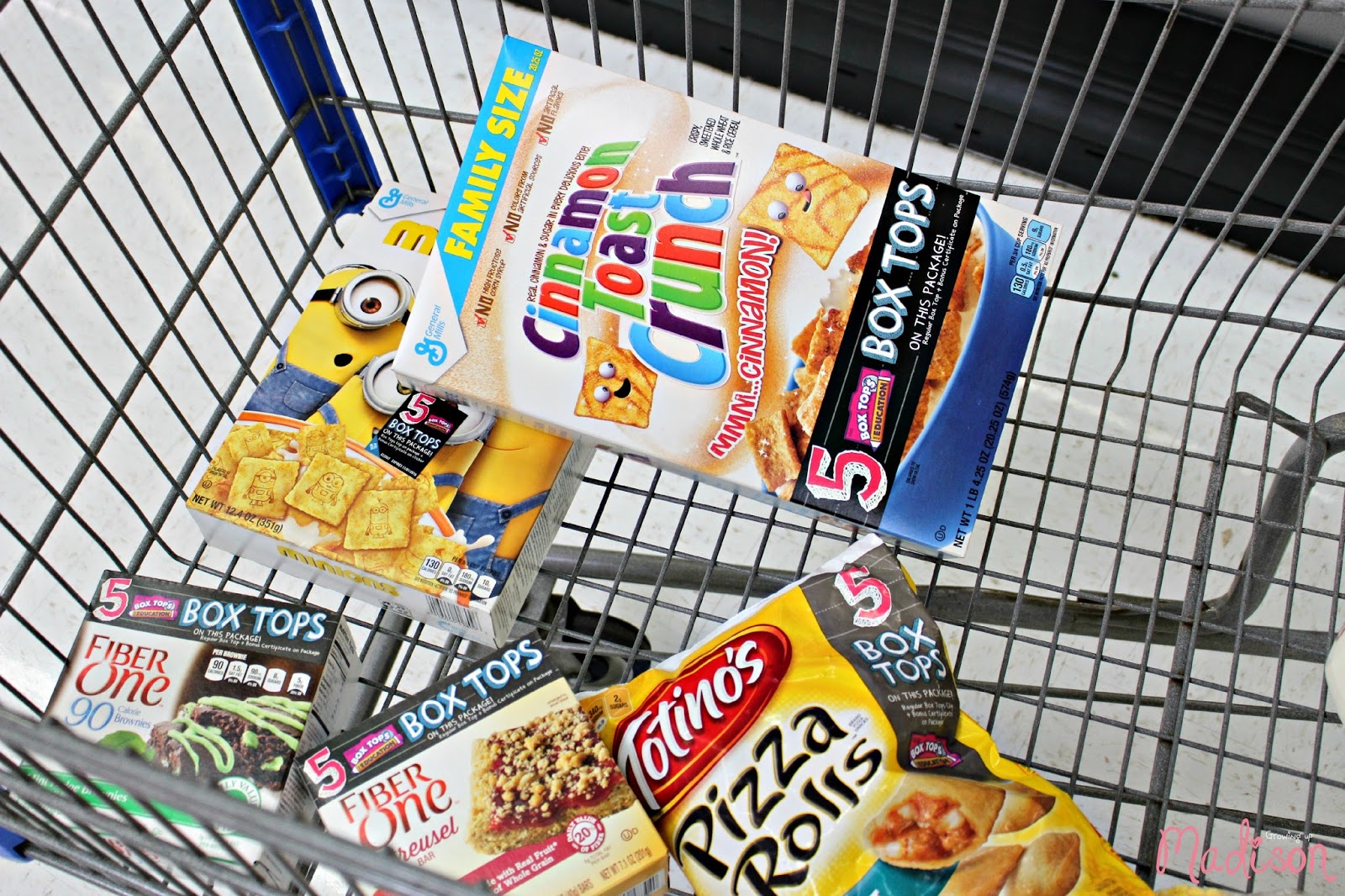 Let’s discuss: How do you help out your school? Do you participate in Box Tops for Education?

This is a sponsored conversation written by me on behalf of General Mills®. The opinions and text are all mine.