From now until June 12, you can nominate a young social entrepreneur between the ages of eight through 18 by visiting buildabear.com/huggableheroes or Build-A-Bear Workshop stores nationwide.  Ten winners will each receive a $5,000 scholarship and a $2,500 donation to a designated charity of their choice. 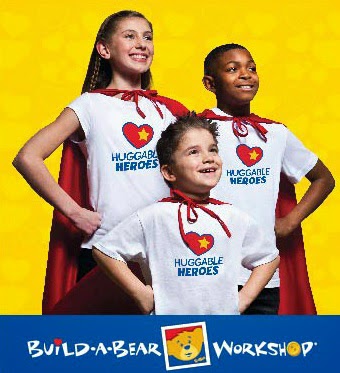 Disclosure: This is a “sponsored post.” The company who sponsored this post will be compensating me with a gift, or something else of value to write it. Regardless, I only recommend products or services I personally believe will be good for my readers. Sweepstakes is not sponsored by Facebook or any other social media site.I am disclosing this in accordance with the Federal Trade Commission’s 16 CFR, Part 255: “Guides Concerning the Use of Endorsements and Testimonials in Advertising.”