As an African-American mother, it is my job to educate my children. February, however, is the perfect time to talk to kids about the contributions of African-American historical figures and culture to our society. It’s also a great time to look back at lessons learned and all of the struggles that have been overcome. While it seems like there are racially charged issues in the news every day, it’s important to teach children how far we’ve come and to inspire them to continue striving for positive change. But where do you start with really young kids? How do you get the ball rolling? Here are 6 ways to introduce Black History Month to kids. 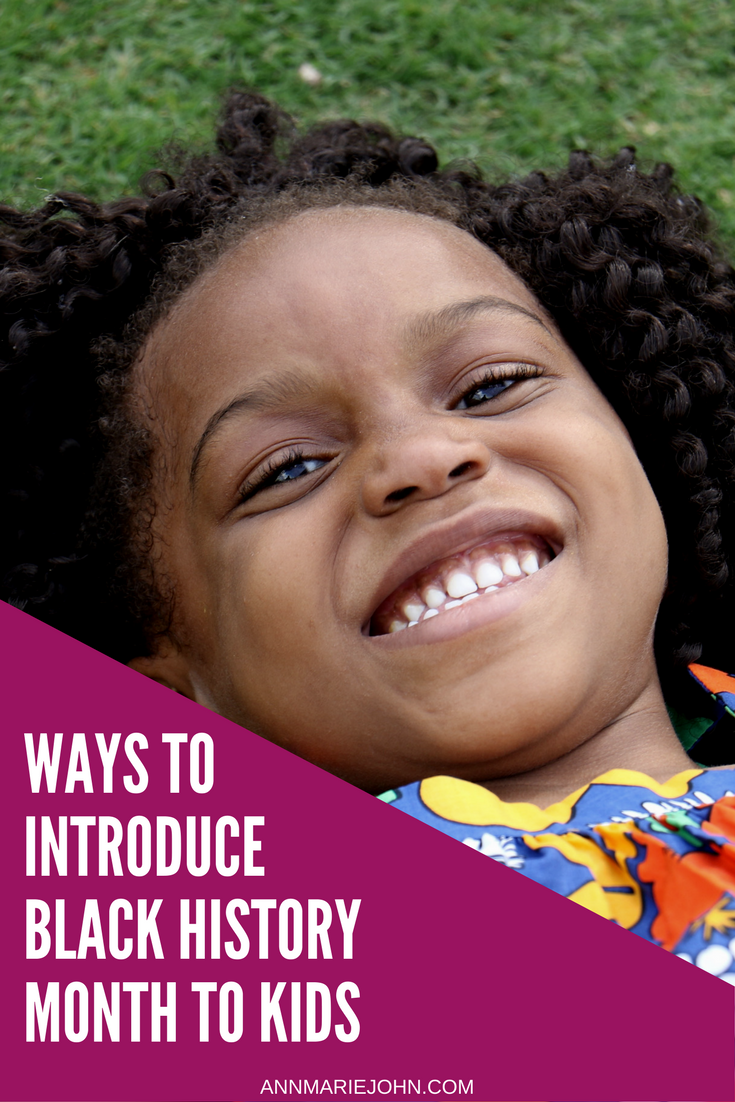 This cuisine dates back to pre-colonial Africa, but the term didn’t come about until the 60’s. The traditional West African diet was predominantly vegetarian for centuries, consisting of rice, peas, okra, hot peppers, and yams. Meat was used sparingly, as a seasoning, but that has evolved over time. Soul food is thought of as food of the South, where the word soul in the 60’s was used to describe African-American culture in general. Cook up some black-eyed peas, chicken and dumplings, collard greens, cornbread, and vegetable soup to give kids a taste.

The blues originated on Southern plantations by slaves in the 19th century. The music evolved over time, from African spirituals to hymns, to country music, to something sounding more like jazz. Little kids learn a lot from music. Ever notice that children’s TV shows always include songs? Sing and dance along to the blues! You can even try to play a few songs on instruments (kiddie or legit) that you have at home. Not sure where to begin? Try B.B. King or Muddy Waters.

While you may not be able to get into the heavy topics with very young children, it’s important to start introducing them to black history, culture and civil rights as early as possible. Start with Coming On Home Soon or How Many Stars in the Sky? for Kindergarteners. Henry’s Freedom Box and Two Friends begin to tackle more complex subjects.

While This Little Light of Mine may be a simple Sunday school song, it actually became an anthem of the civil rights movement. It’s an easy one to sing with kids and there are even hand motions to make it fun. You might explain that one little light may not seem like enough, but when many gathers, they can light the world.

Use the book Martin’s Big Words to introduce Martin Luther King to your little ones.  You can use this great biography website for kids to talk about other important civil rights leaders, like Nelson Mandela and Rosa Parks.

In Africa, sesame seeds are believed to bring good luck. Why not whip up a batch of sesame seed cookies together? For some sesame seed inspirations, you can check out Pinterest. There are a plethora of sesame seed recipes just waiting for you to explore.