OK let me start off by saying that I am a mom of 4 kids if you don’t know it, ranging in ages 19 – 3. Madison the youngest is by far the loudest of all 4 and I’m sure you can hear her a mile away when she’s yelling at someone. Not sure where she gets the yelling from because I’m a very quiet person, well until I get upset then I can become the devil reincarnated. Just ask anyone who knows me. I like to blame it on my sign, Taurus the Bull, but no this is all me. One thing I do hate and I know hate is a very strong word, but I truly detest noise. I also don’t like the music that the kids listen to these days. Call me old school but I grew up listening to Bob Marley and Marvin Gaye so what the kids now listen to and repeat is not something that I consider music. Madison loves technology and has been using my iPad even before she was able to talk. When she turned 2 I decided to buy her, her very own iPad Mini and then a year ago Amazon sent her a Kindle Fire Kids to test and review. Granted to say that both are used very frequently and whenever she’s using them they are almost on max volume. I was more than happy when YouTube introduced YouTube Kids because then I was able to monitor what she watches and for how long but the one thing you can’t monitor is the volume. So what’s a mom to do when being loud isn’t an option? She invests in some great headphones and one in particular. The Puro Sound Labs Kids Wireless Headphones currently available in white/silver and gold/tan and which retails for $79.99. 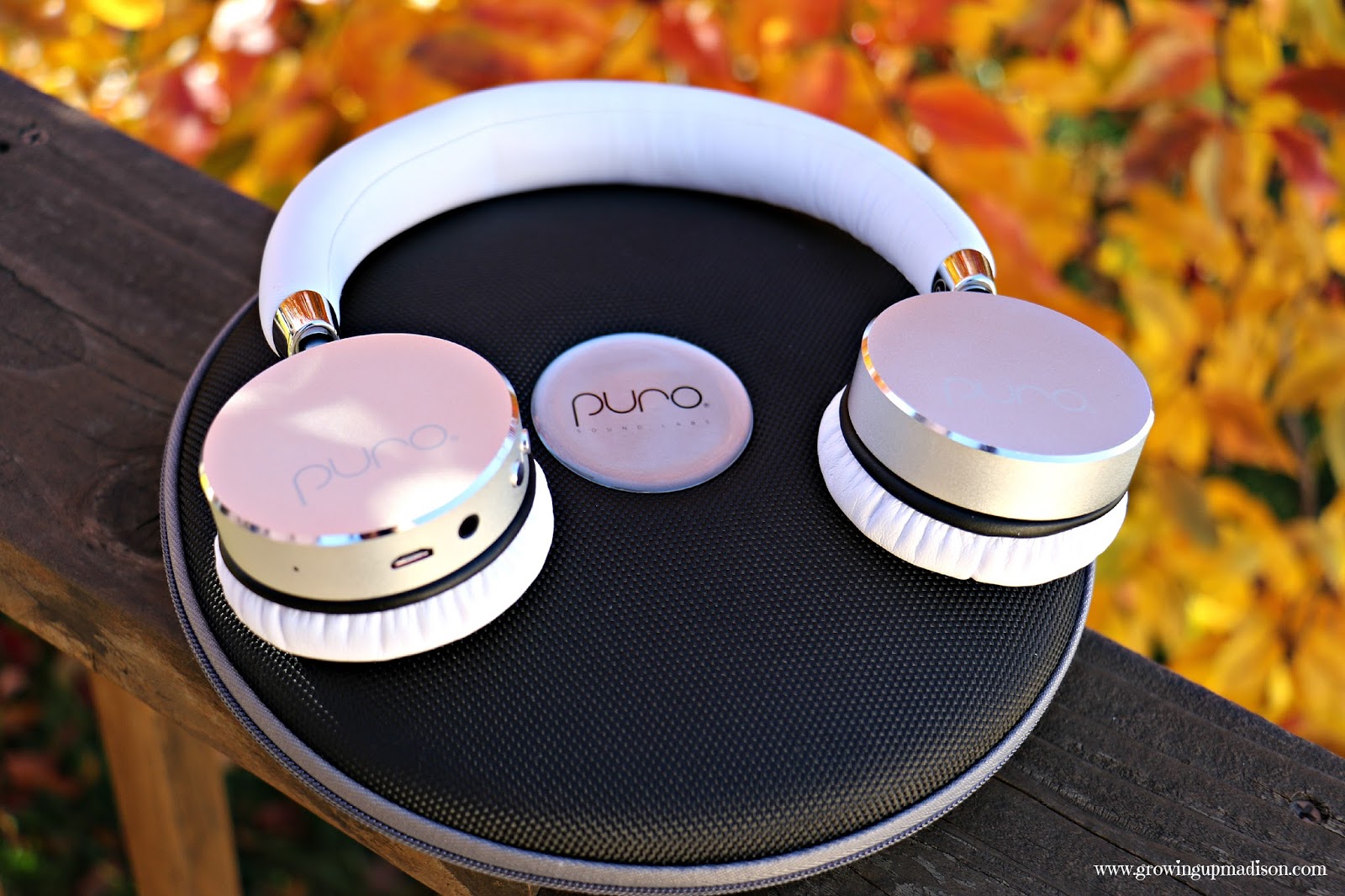 First let me share a bit about Puro Sound Labs. The company created by a group of dads. When one of their teenager was diagnosed with hearing loss, they looked around the market to see what products were out there to help kids keep their healthy ears and found nothing that they themselves would want their own kids to use. So what do you do when you can’t find what you want? You make it yourself. 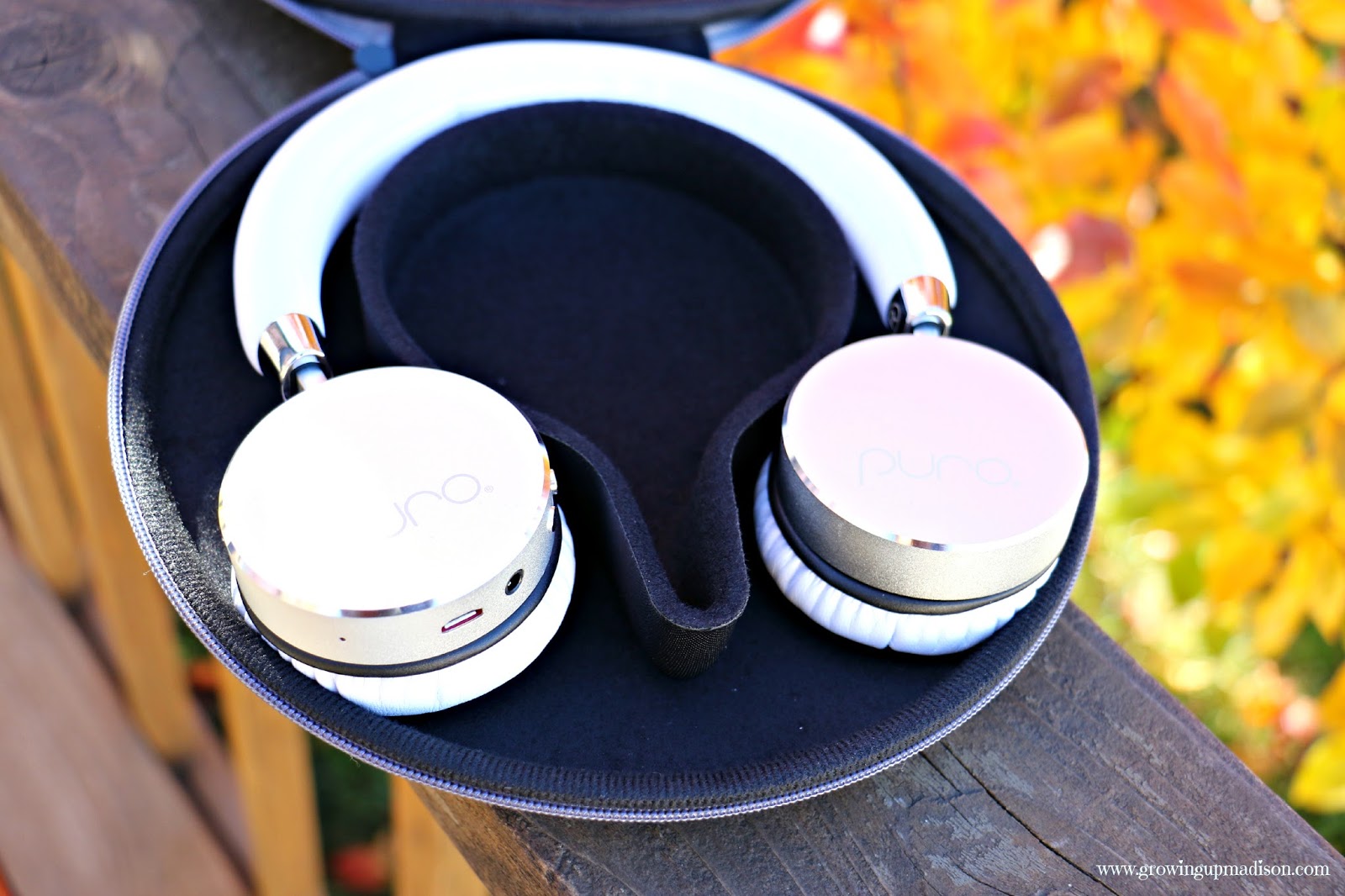 As a parent myself who have also experienced a bit of hearing loss, due to the military. Yes we’re on gun ranges perfecting our shooting skills quite frequently. Besides being a medic I’m a pro at shooting an M16 and an M9, but enough about me. I want my kids to not go through the same thing that I’ve been through. So when their new phones come with ear buds I don’t let them wear them. I have to say that before I decided to work with Puro Sounds Labs I also read up on them before I said yes. Here is something you should be aware of.

Sound is measured in decibels. Even after long exposure, sounds of less than 75 decibels are unlikely to cause hearing loss. As the decibel level goes up, however, the risk of damage increases. At 85 decibels and above, long or repeated exposure can cause hearing loss. The louder the sound, the shorter the time it takes to damage hearing.

Consider that the average MP3 player has an output of 105 decibels. If your child listens to music at anywhere near maximum volume for prolonged periods, he or she is losing a little bit of hearing every day. 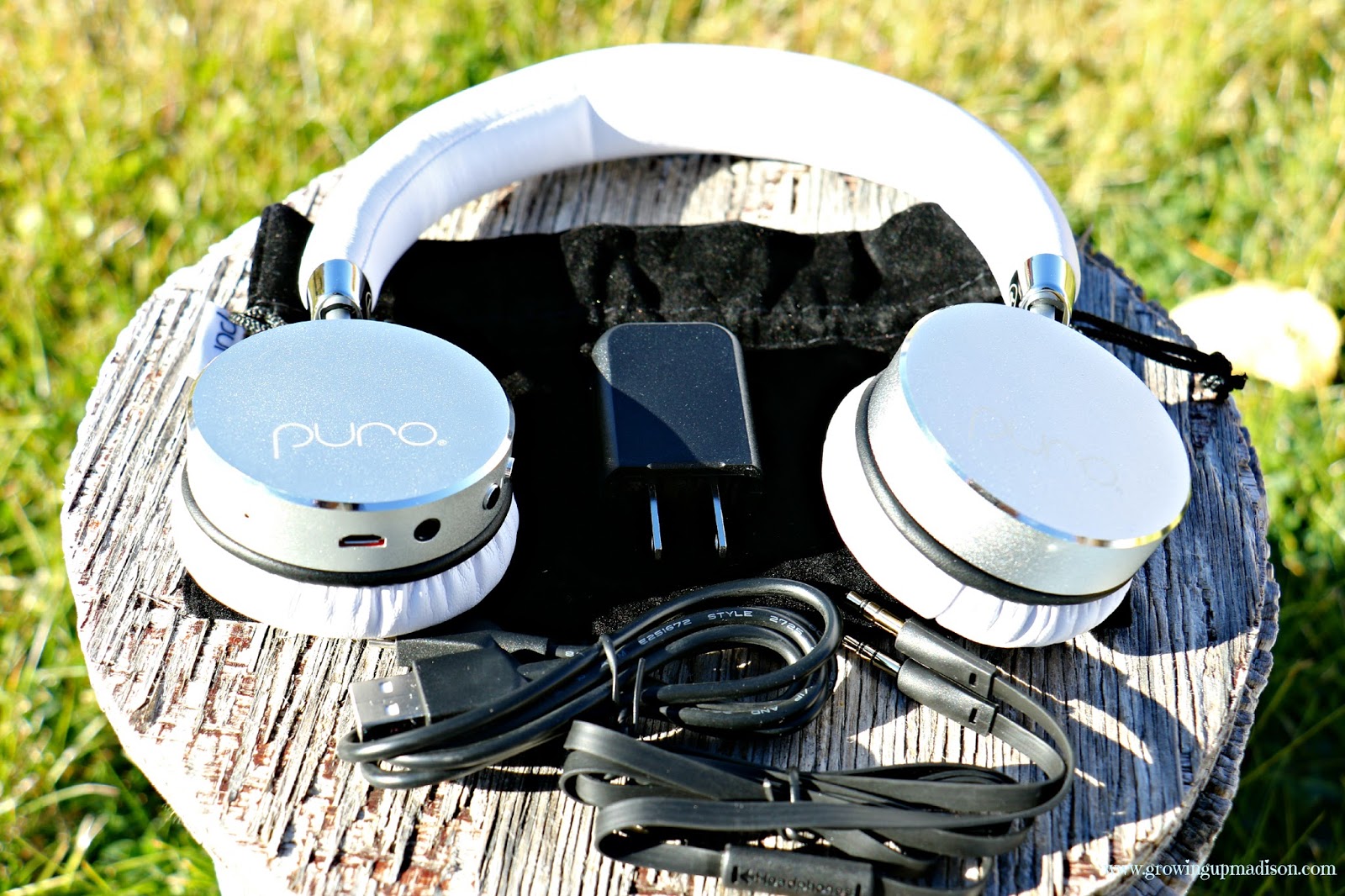 So how do you protect your little one’s ears? Get them a pair of headphones from Puro Labs. Their Wireless Headphones can only go to 85 decibels lowering the chances of your little ones acquiring a hearing loss problem. Since these are also headphones and not earbuds it also reduces the risk even more.

The Puro Sound Labs Wireless Headphone comes with everything you see above. A charging cable and USB adapter, a 3.5 mm audio cable which allows you to go wired in the event that your device does not have a bluetooth service. This is also great for in flight service. Now you can use this instead of those cheap earphones that the airlines usually provide. We were also provided the carrying case so that we can take it along wherever we travel to, and it keeps everything inside nicely protected. 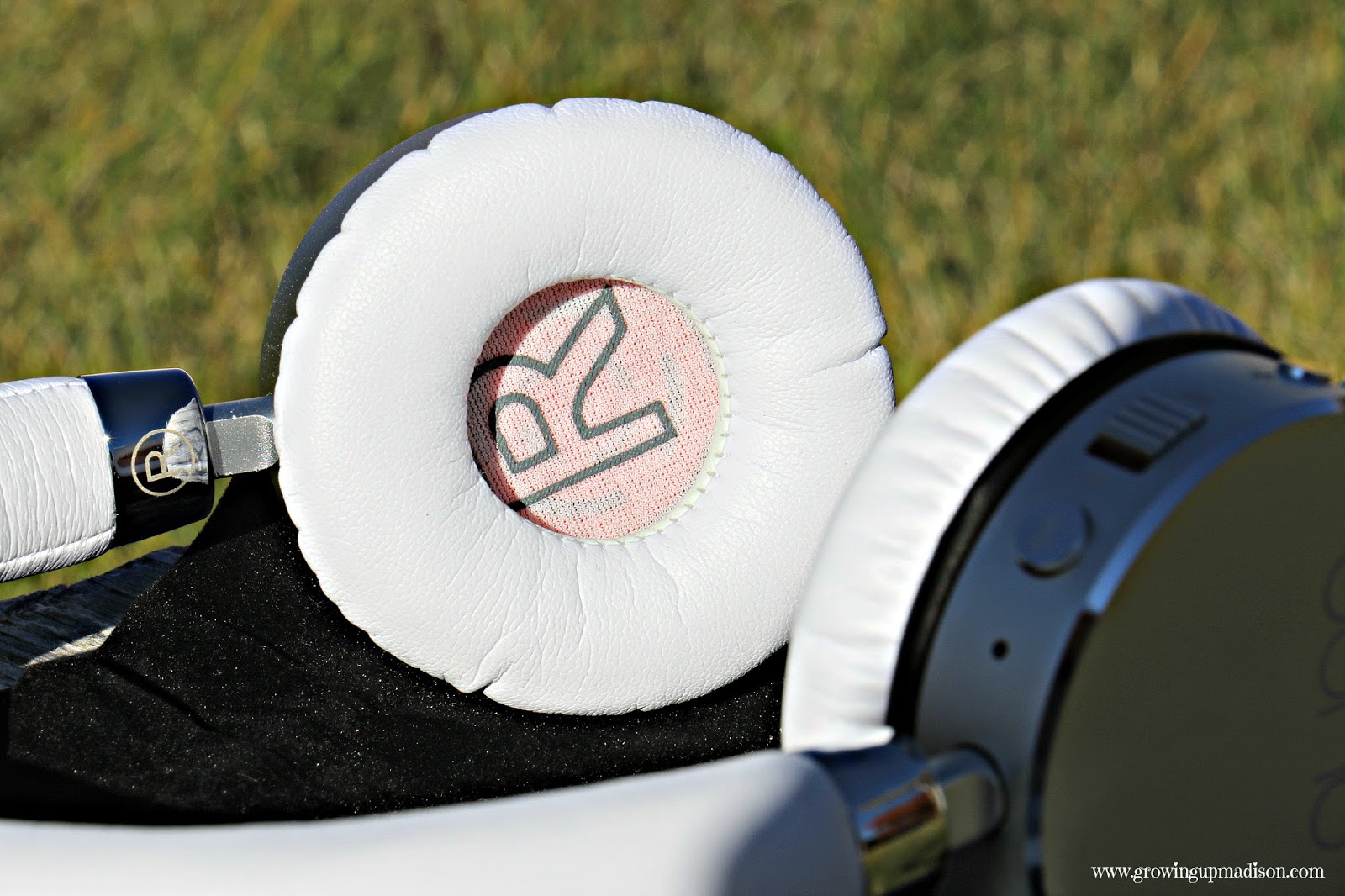 The cushioning on the Puro Sounds Labs Wireless Headset is top of the line. I was a bit afraid that it might not fit right but it also extends to fit on any size head. I have to admit that Madison has always had a big head and it fit great. She never once complained that it was too tight or uncomfortable. It also blocks out outside noise so she can hear whatever she’s listening to without having to turn it up.

Set up is super easy and the included instructions were very easy to follow. Simply charge your headset before use, it took us close to 2hrs before it was fully charged. There was a LED which indicated when it was all done (RED LED = Charging, BLUE LED = Fully Charged). Turn the headphones on and pair it with your bluetooth device. This can also be used to take calls I might add. There are volume control buttons on the headset so you can control how soft or loud you want it to be. 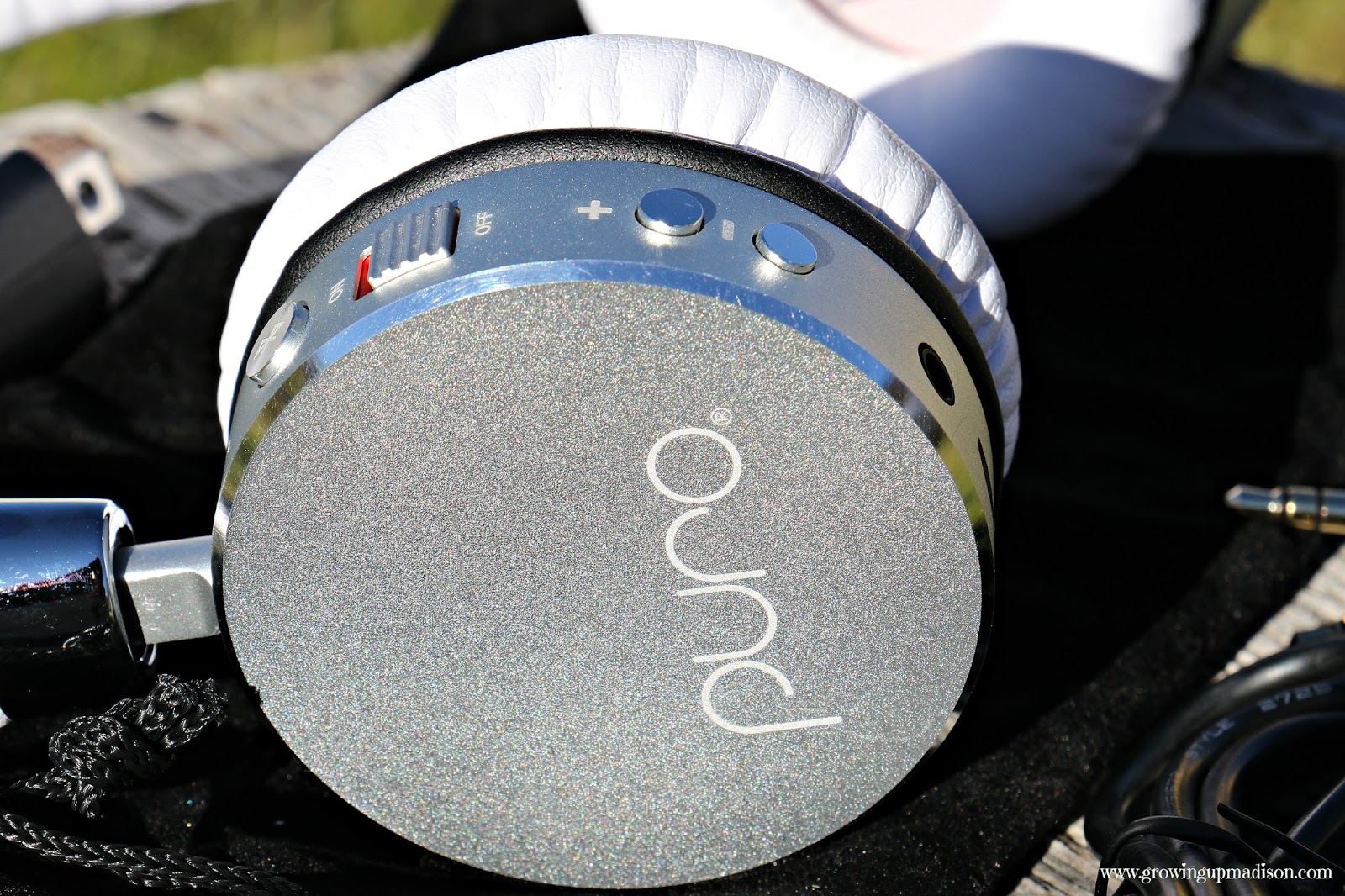 I have to say that I was really amazed at the sound. Usually when I think of kids headphones I think that they are going to sound tinny and cheap. Not so with the Puro Sound Labs, not only do they look expensive but they also sound that way too. No cheap plastic here at all. With an 18hr battery life I also don’t have to worry that Madison is going to say “hey I can’t hear my iPad any more”, it also gives me a break from hearing her listen to the same video on YouTube over and over and over again. 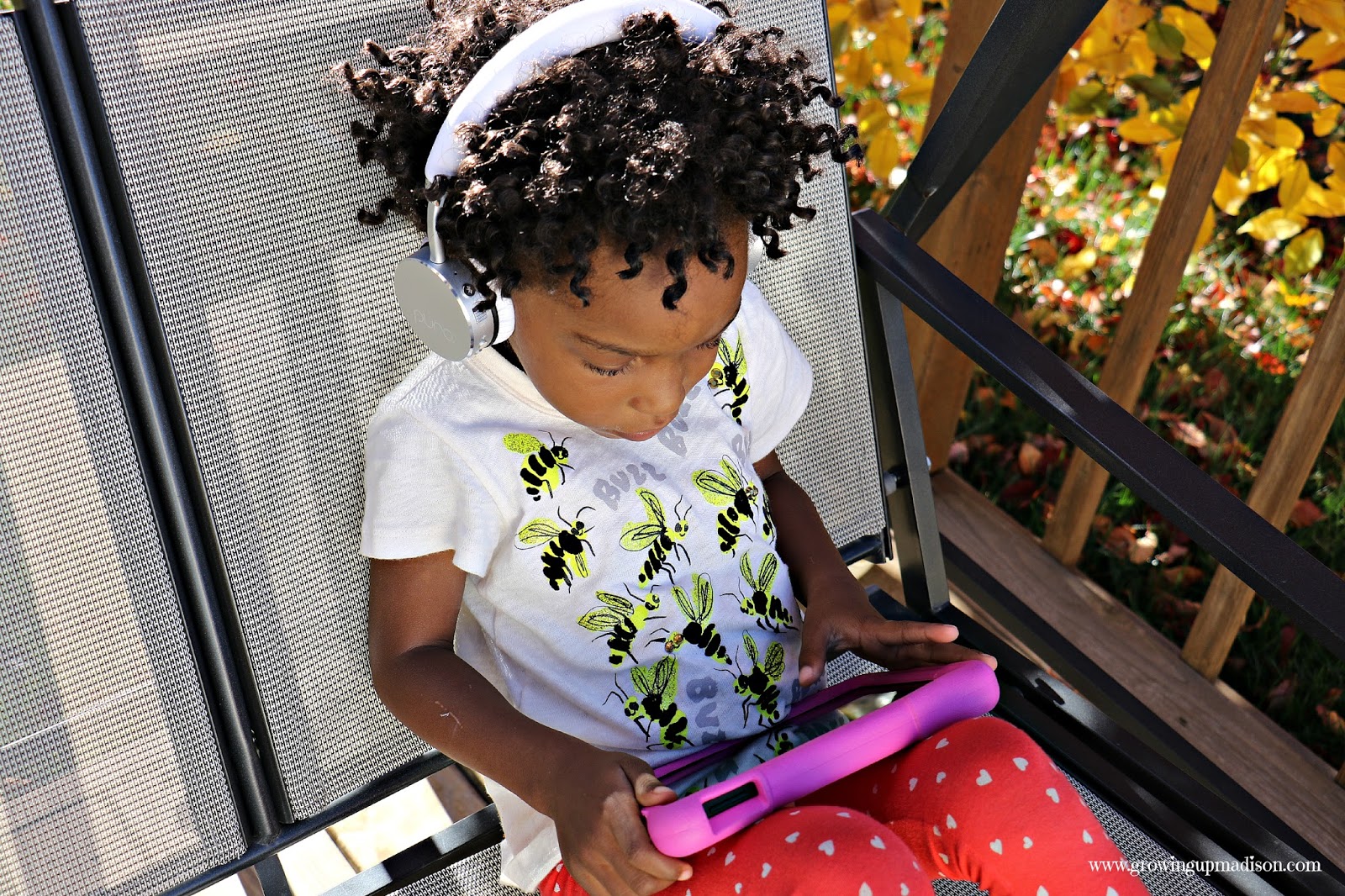 So what do I really think of the Puro Sound Labs Wireless Headset? I love them and Madison loves them. They’ll make great gifts for kids and parents will love the fact that they will protect their little one’s hearing. You’ll get quality sound for a very low price. After all wouldn’t you prefer to protect your little one’s hearing now than pay the consequences later? Do we recommend this? We sure do!!

Let’s discuss: Do you worry about your own child or even yourself hearing and how often do you get your hearing checked?

Here are the ways to connect with Puro Sound Labs: