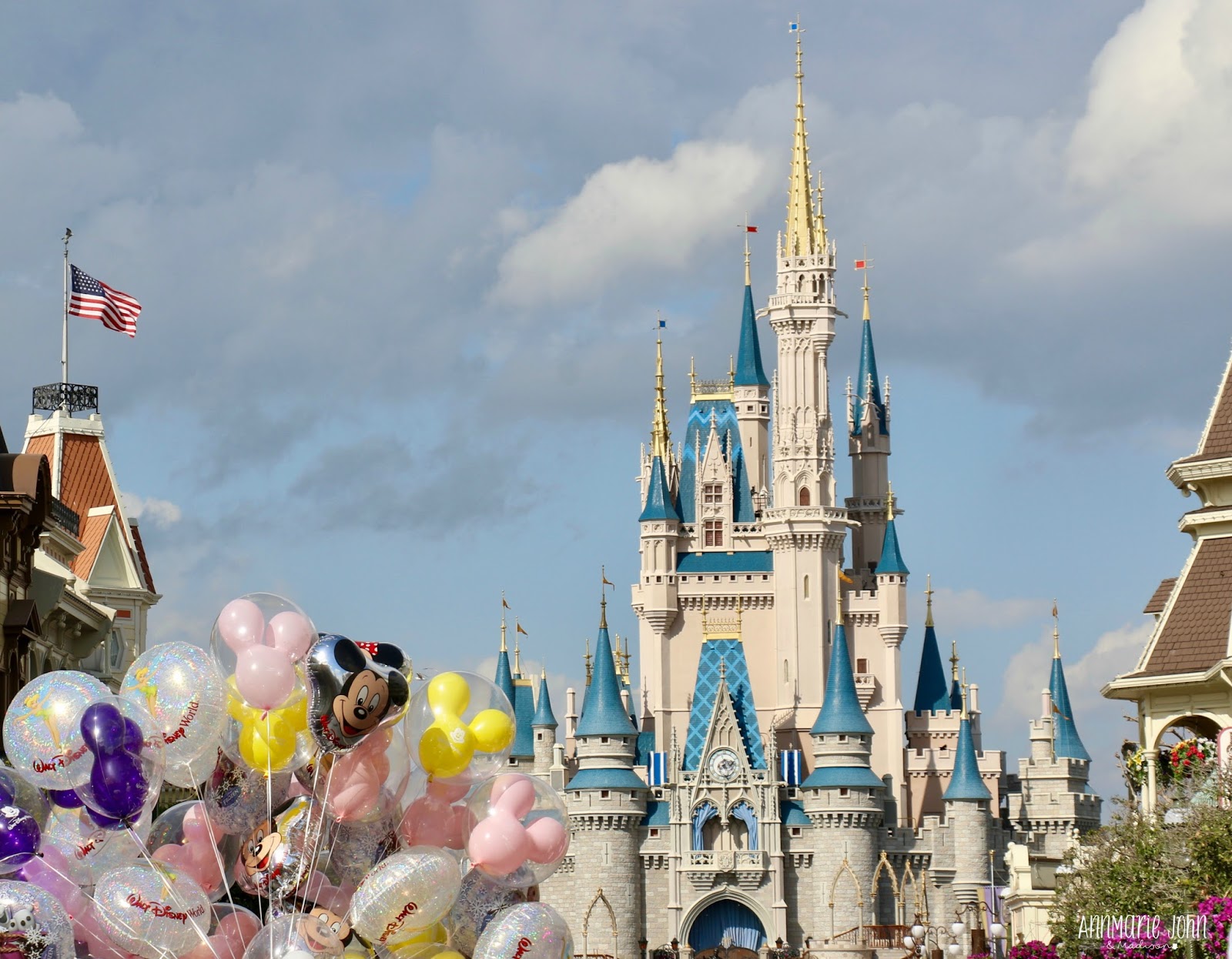 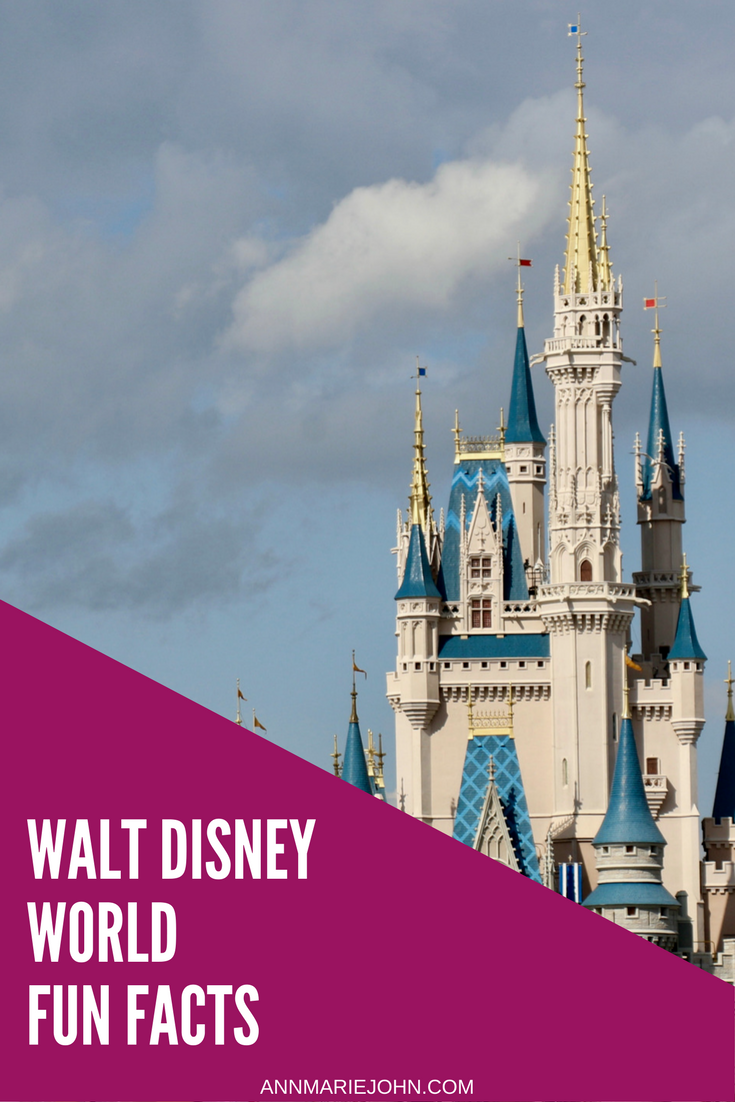 It’s Not a Small World, After All . . . Covering nearly 40 square miles, Walt Disney World Resort is about the size of San Francisco or two Manhattan islands. Of the nearly 25,000 acres, a third is designated as conservation land.

A Cast of Thousands . . . more than 70,000 Cast Members in Central Florida to be more precise. That’s how many people it takes to create the magic at the Vacation Kingdom. Not surprisingly, Walt Disney World Resort is the largest single-site employer in the United States.

What the Well-Dressed Mouse Will Be Wearing . . . depends entirely on the occasion. Mickey Mouse himself has more than 136 different sets of duds, ranging from a scuba suit to a tuxedo. Minnie Mouse’s wardrobe contains more than 100 outfits, including everything from a cheerleader ensemble to evening gowns.

Suds ‘R Us . . . If you were to wash and dry one load of laundry every day for 52 years, you’d clean as much as the folks at Walt Disney World Laundry do in a single day. The cast members there launder an average of 285,000 pounds each day. In addition, between 30,000 and 32,000 garments are dry-cleaned daily.

Smile! . . . With millions of visitors annually, it’s no wonder the Disney parks are among the most photographed places in the United States.  On any given day, Disney’s PhotoPass photographers take between 100,000 and 200,000 photos of guests at Walt Disney World Resort. The PhotoPass service allows guests to view, share and order their Disney photos online and create Disney products such as PhotoBooks and mugs.

I’m Dreaming of a “Green” Christmas . . . The 1,500 Christmas trees at Walt Disney World Resort won’t be the only “green” holiday delights each season as each Walt Disney World resort hotel glows with new “conservation” lighting — more than 700,000 LED lights in all. String the bulbs end to end and the strand would stretch for 96 miles or light the path from Jacksonville to Orlando, all while using 1/10th of the power of traditional incandescent bulbs. 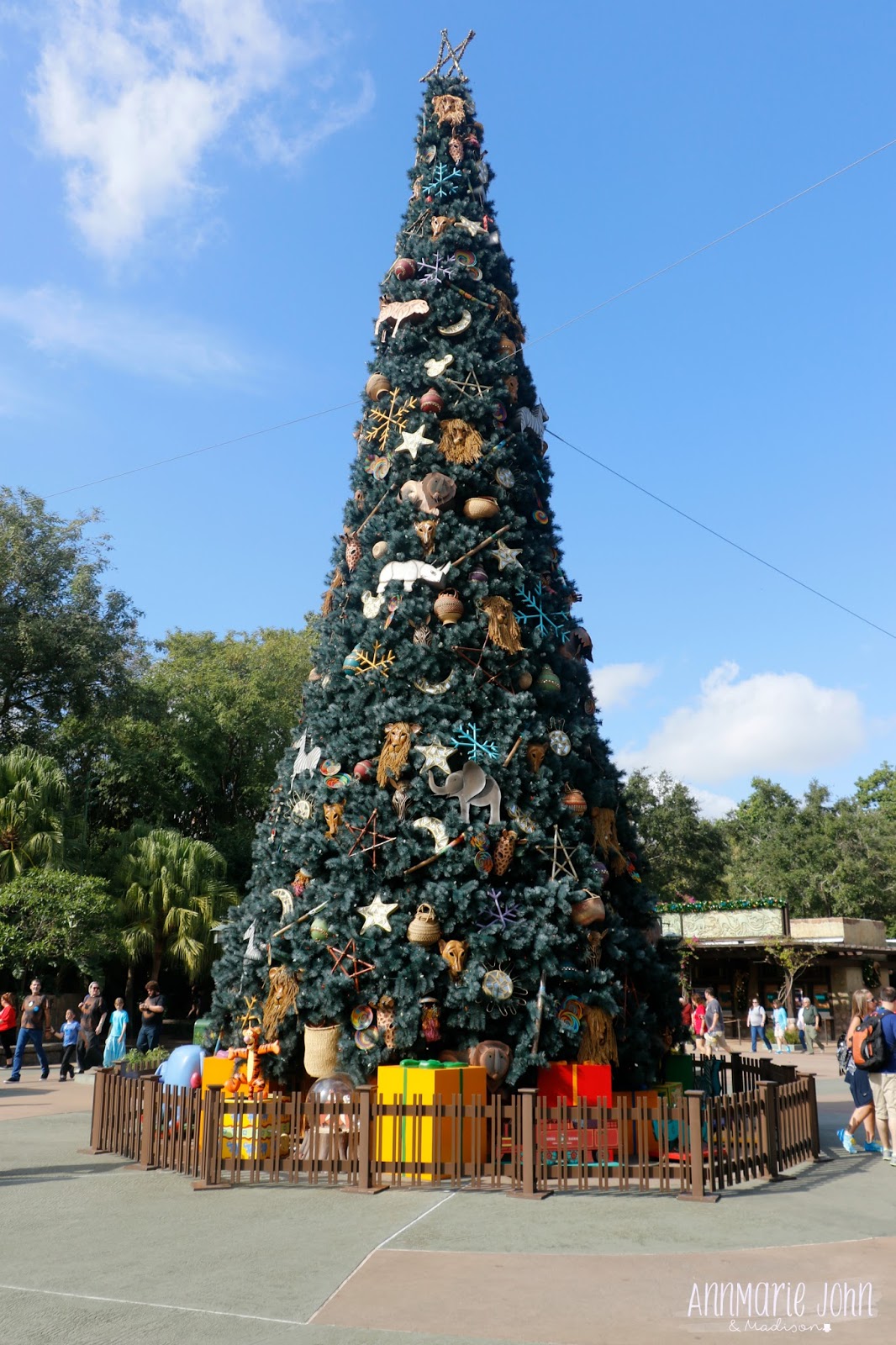 Who’s Still Thirsty? . . . More than 75 million Cokes are consumed each year at Walt Disney World Resort along with 13 million bottles of water.

Ears to You . . . When laid end to end, there are enough of the famous “Mouse Ear” hats sold each year to stretch 175 miles or cover the head of every man, woman and child in Orange County, Fla. There are also enough Disney character T-shirts sold to put Mickey Mouse’s smiling face on the chest of every resident of Montana.

Sign Here . . . If you stacked the number of standard autograph books sold annually, it would match the height of 200 Cinderella Castles. Add the Princess-style autograph books and, end to end, the books would reach 88 miles into space.

Gone But Not Forgotten . . . Walt Disney World Lost and Found is one busy place. Every day an average of 210 pairs of sunglasses are turned in and, since 1971, an estimated 1.65 million pairs of glasses have found their way into the “lost” bin. On an annual basis, Lost and Found cast members collect more than 6,000 cell phones, 3,500 digital cameras, 18,000 hats and 7,500 autograph books.

Curious Claims . . . According to long-time Lost and Found staffers, the most unusual items turned in have been a glass eye, a prosthetic leg and a potty trainer. Each, incidentally, was claimed (but not by the same person).

Fly Me to the Moon . . . Since 1971, the total miles logged by Walt Disney World monorail trains would be equal to more than 30 round trips to the moon. One dozen new cars were put into service along the 14-mile beamway in 1990 as the original fleet received a well-deserved retirement.

Here’s Looking (Down) At You . . . From the air, Walt Disney World Resort boasts a number of “heady” sights. For instance, the unique “Mouse Trap” on the 6th hole at the Magnolia golf course that looks like a famous corporate symbol. Over at Disney’s Osprey Ridge Golf Club, Mickey’s profile greets golfers on the large practice green. The famous mouse is the model for the courtyard and area in front of the Chinese Theater at Disney’s Hollywood Studios.

Room With a View . . . Disney’s Wedding Pavilion was designed to provide the bride and groom a view of Magic Kingdom’s Cinderella Castle while standing at the altar.

Boulder Builder . . . Here’s one to stump your friends with. How many stones are there in Cinderella Castle in Magic Kingdom? NONE. The whole shell of the building is fiberglass.

Green Thumb . . . More than 30 tons of fruits and vegetables grown at The Land pavilion at Epcot are served in Walt Disney World restaurants.

Spaced Out . . . Spaceship Earth, the visual and thematic centerpiece of Epcot, weighs 16 million pounds — more than three times that of a space shuttle fully fueled and ready for launch. The outer “skin” of Spaceship Earth is made up of 11,324 aluminum and plastic-alloy triangles. Also, did you know that rainwater never falls off the sphere? It’s channeled into the ball and funneled away. 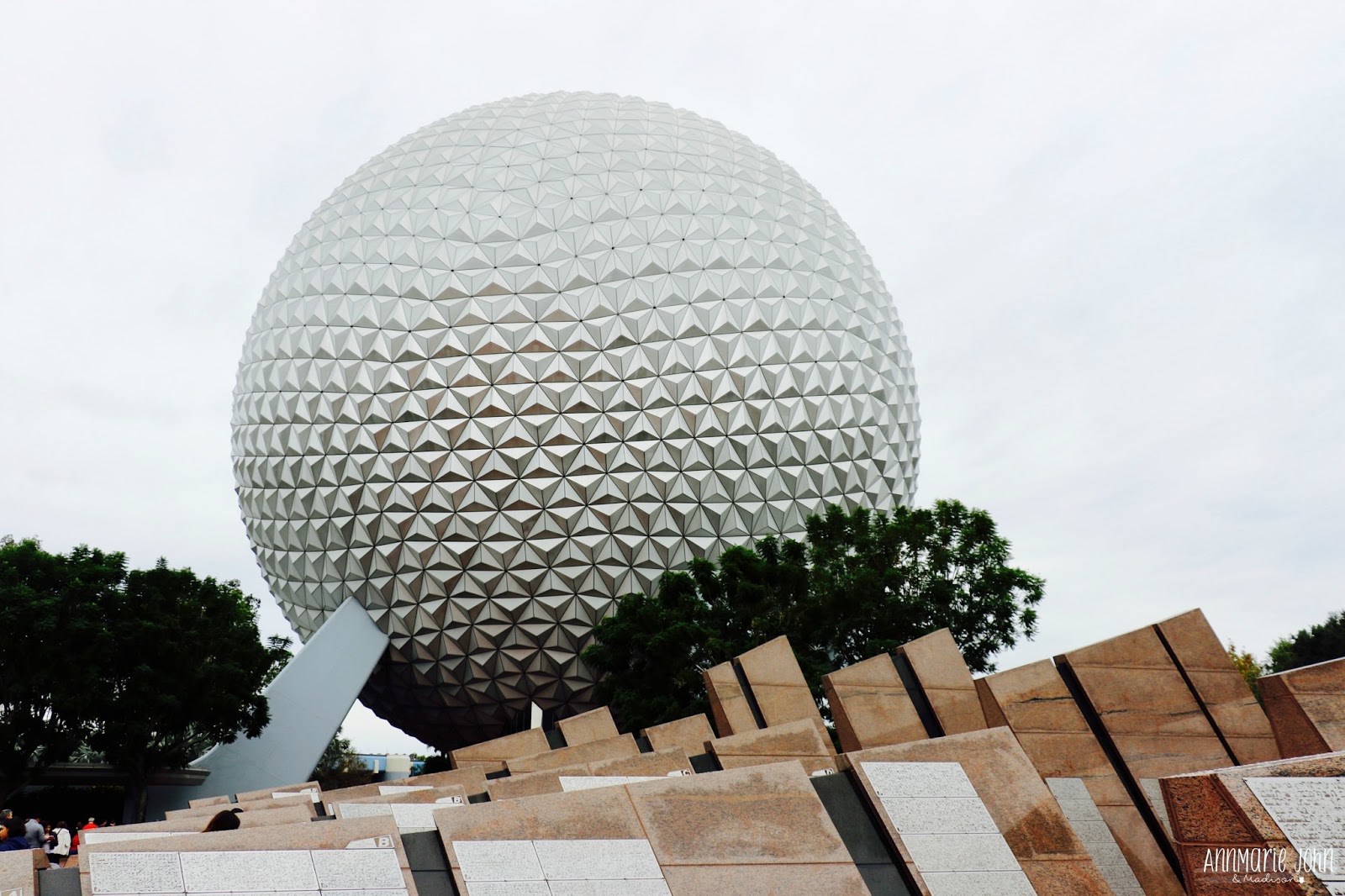 Water, Water Everywhere . . . If you emptied the water from The Seas with Nemo & Friends pavilion in Epcot into one-gallon milk jugs and laid them side by side, they would stretch from here to New Orleans, Knoxville or Raleigh — 540 miles. And the recipe for the artificial seawater called for 27 truckloads of sodium chloride, or common table salt.

Ready, Aim . . . The fountain at Epcot Innoventions Plaza can shoot water 150 feet in the air — within 30 feet of the top of Spaceship Earth. If all of the shooters were fired at once, there would be 2,000 gallons of water in the air.

Biggest Ever . . . Disney’s Animal Kingdom encompasses 403 acres, the company’s biggest theme park. The park’s centerpiece is The Tree of Life, 14 stories high and 50 feet wide at its trunk.

Big Gulp . . . It would take more than 20 million 12-ounce cans of Coca-Cola to fill one of the humongous Coke cups at Home Run Hotel in Disney’s All-Star Sports Resort.

Tennis Anyone? . . . It would take nearly 9.5 million tennis balls to fill one of the tennis ball cans at Center Court Hotel in Disney’s All-Star Sports Resort. That’s enough to stretch from Walt Disney World Resort to Key West. 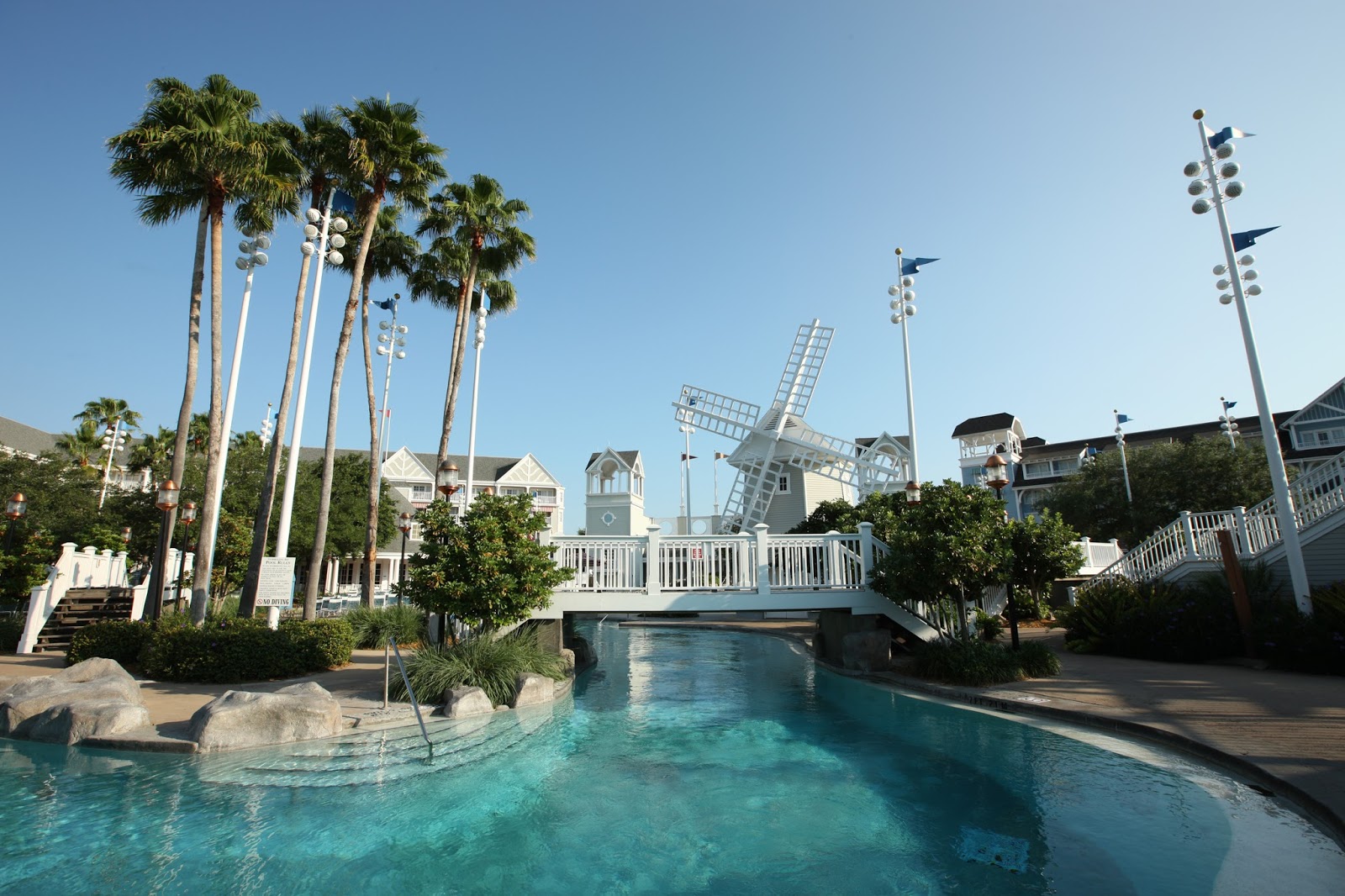 Five-Legged Goat . . . The mosaic mural in the fourth-floor lobby of Disney’s Contemporary Resort was created in 1971 with 1,800 one-square-foot tiles and took 18 months to construct. Look closely: there’s a five-legged goat facing the monorail track.

Music to Your Eyes . . . The musical notes across the registration desk at Disney’s Port Orleans Resort-French Quarter play out the first verse of “When the Saints Go Marching In.”

Big Wheel Fit For a Big Kid . . . The giant Big Wheel in the 1970s courtyard of Disney’s Pop Century Resort can “accommodate” a child rider who weighs up to 877 pounds (according to the “recommended child weight” sticker affixed to the gigantic toy).

Room Roulette . . . If you wanted to stay in all of the guest rooms in all of the hotels and resorts currently open on Walt Disney World property, (at a rate of one per night) it would take decades.

Well Grounded . . . Each year a horticulture staff plants 3 million bedding plants and annuals, and maintains millions of other plants including more than 4 million shrubs, 13,000 roses and more than 200 topiary. 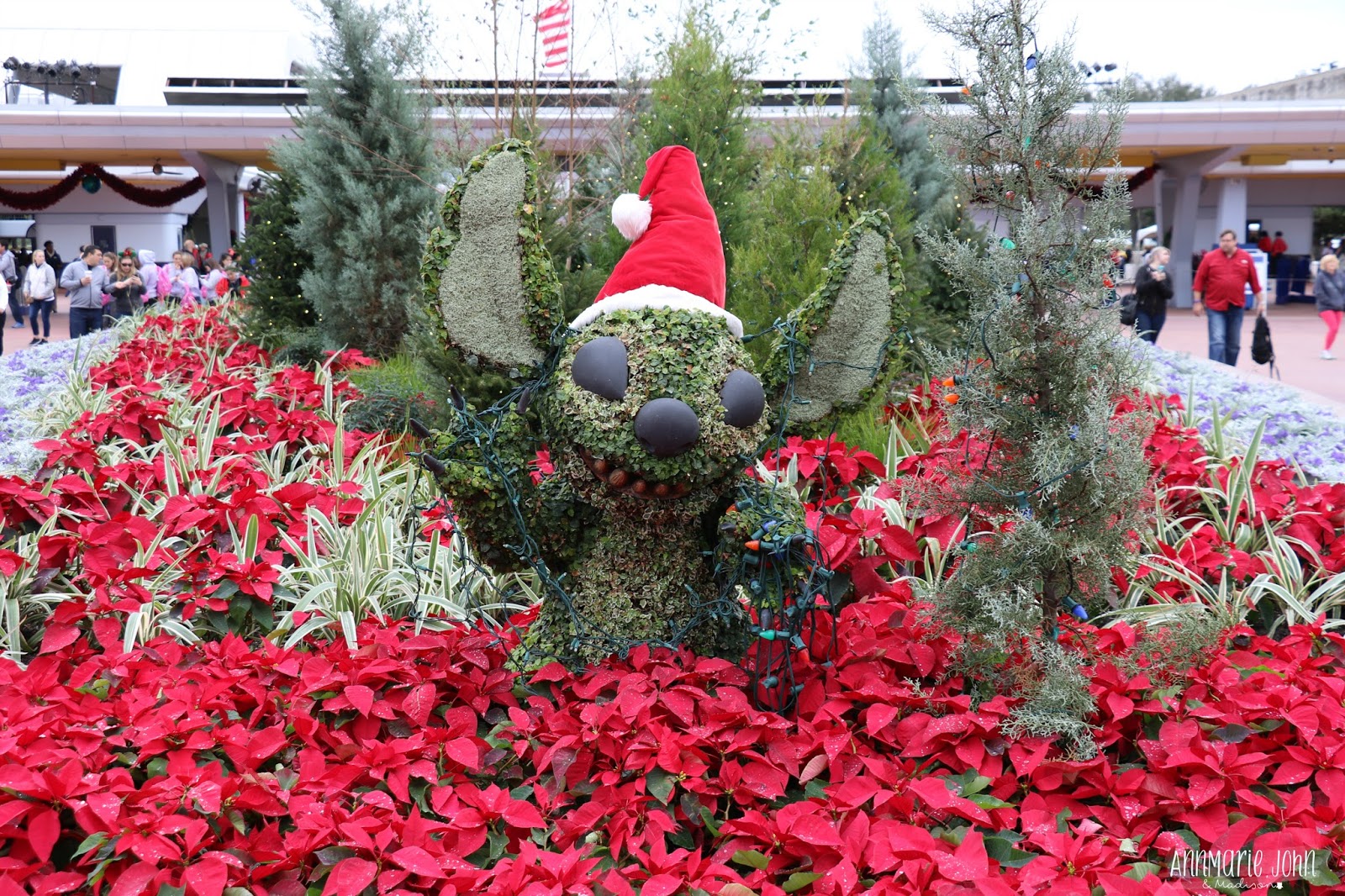 A “Family” Tree . . . The “Liberty Oak,” which is the focal point of the Liberty Square area in Magic Kingdom, is the proud parent of more than 500 young trees. They all started out as acorns harvested from the majestic oak.