On our most recent trip to London, England, Madison and I visited Disneyland Paris, France. While we had a plethora of travel options, we decided that we were going to take the Eurostar, touted as one of the fastest trains in the world. Travel time from London to Paris – approximately 3 hours give or take. Our travel was uneventful until we got to the hotel where Madison, not in the best of health on that day stayed in bed until the very next day. More on that in a future post. Now, while we were in Paris to attend Disneyland Paris, I have to tell you, that Disneyland is actually not in Paris, but in Marne-la-Vallée – Chessy which is about 45 minutes away from Paris itself. So Disneyland Paris is somewhat misleading. It’s always been a dream of mine to visit the Eiffel Tower, and since we were close to Paris, I said why not? Now, this is where my New York City living came in handy. If you’re from a city such as New York, then you’re accustomed to reading a bus and subway map. While most Parisian speak intelligible English, it’s also great to have a backup way of knowing how to get around. 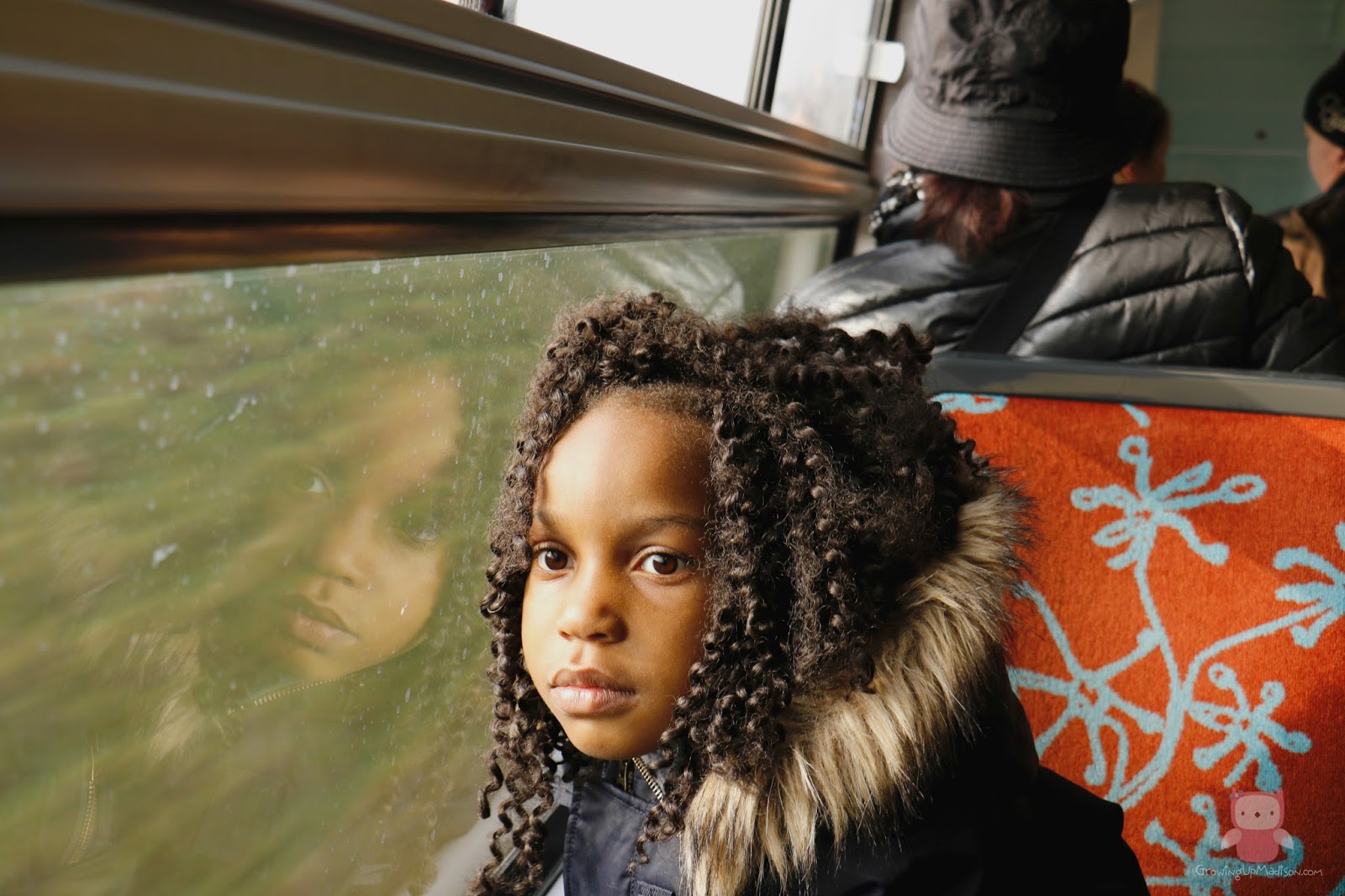 I knew the rudimentary French that I learned in high school and subsequent 2 years of college was not going to cut it. While I knew the basics, there was no way I would have been able to hold a decent conversation in French. So at the train station, I grabbed a subway map, asked for directions from the clerk and made my way to the train along with Madison. 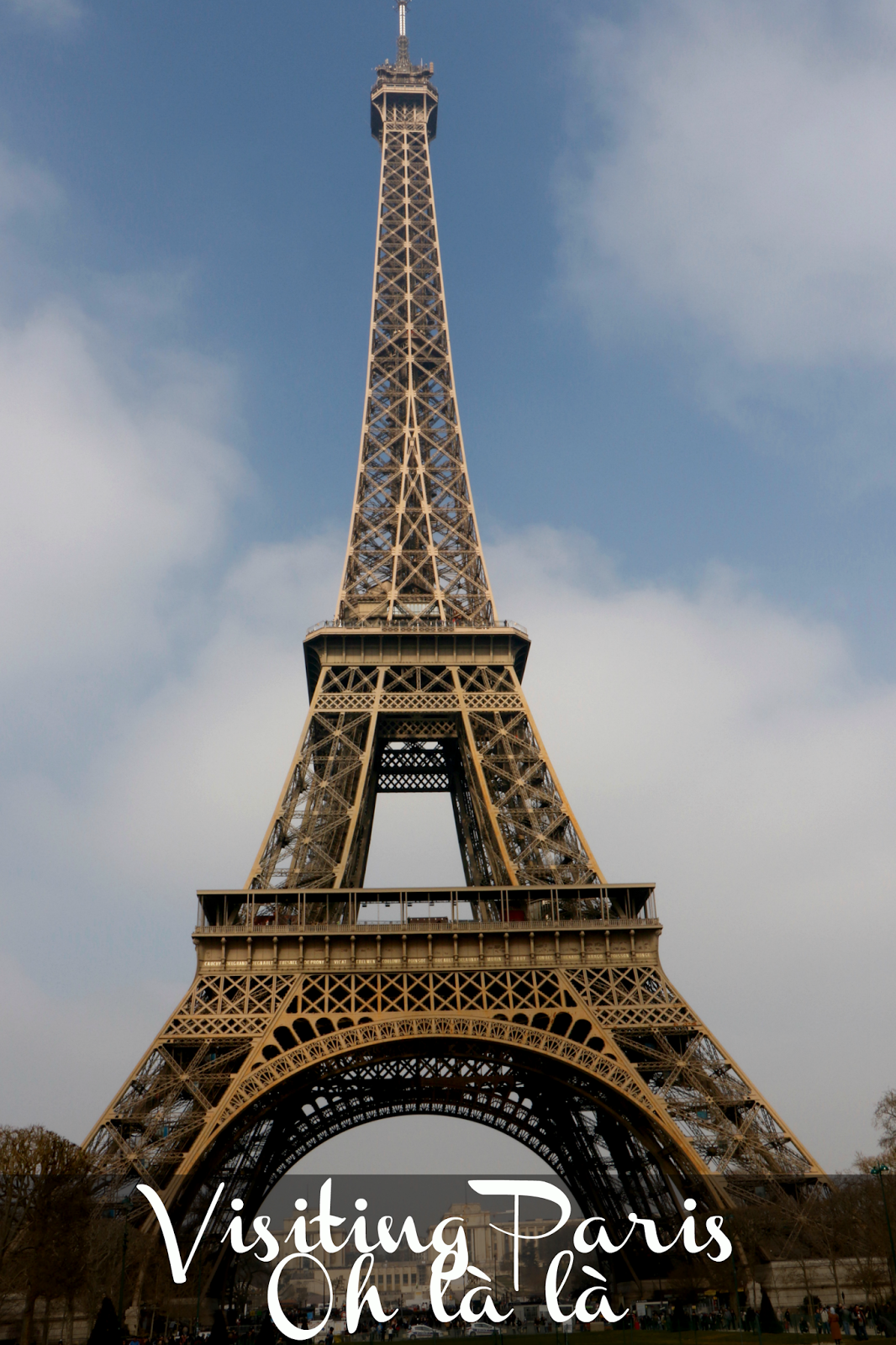 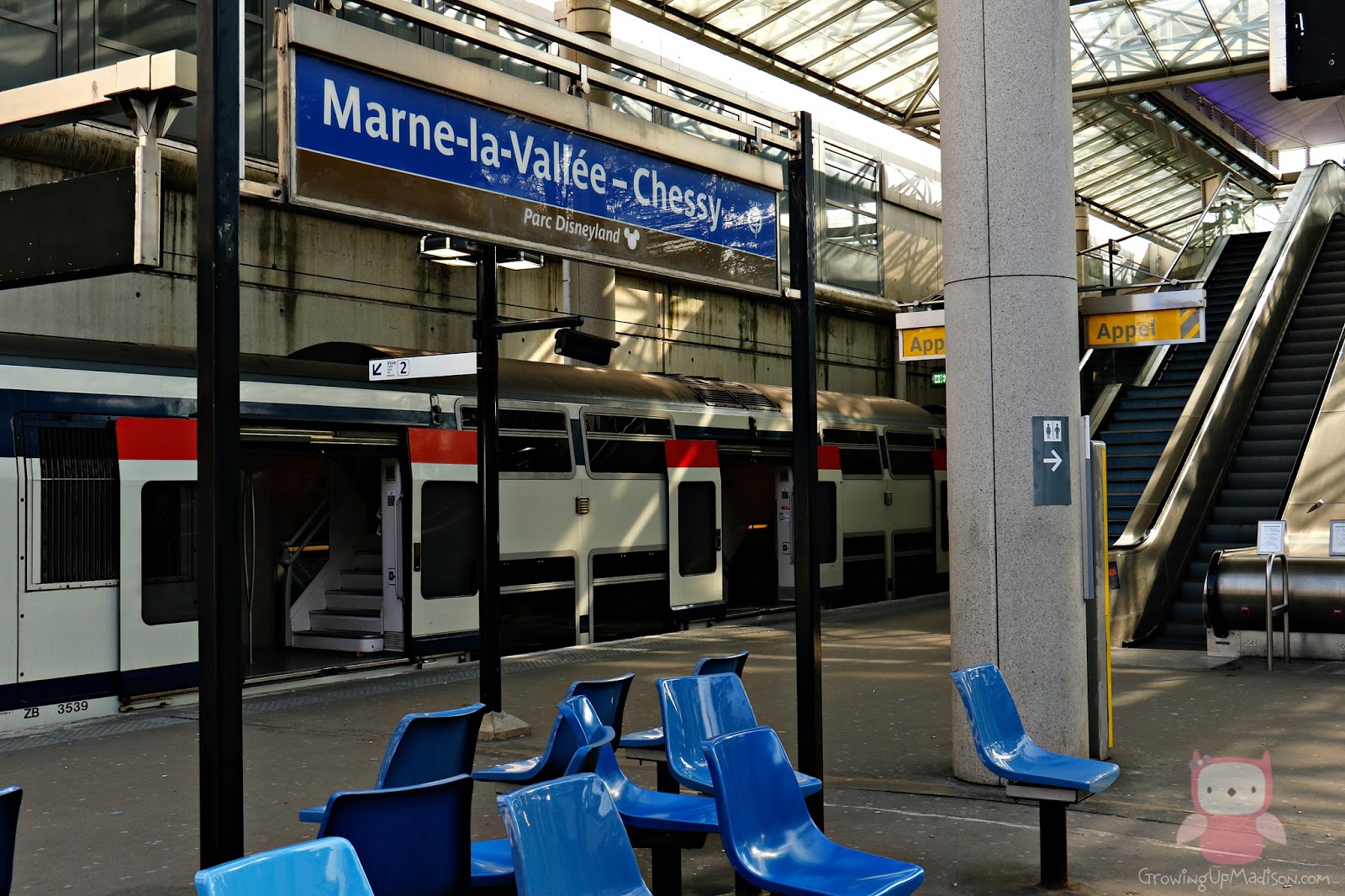 Now if you plan on spending an entire day in Paris, I recommend getting the 1-day pass which costs €17. It allows you to switch from train to train, and since the fares are based on zones, you wouldn’t have to worry about having to pay another fare. The views from the train from Disneyland Parcs into Paris are absolutely breathtaking. 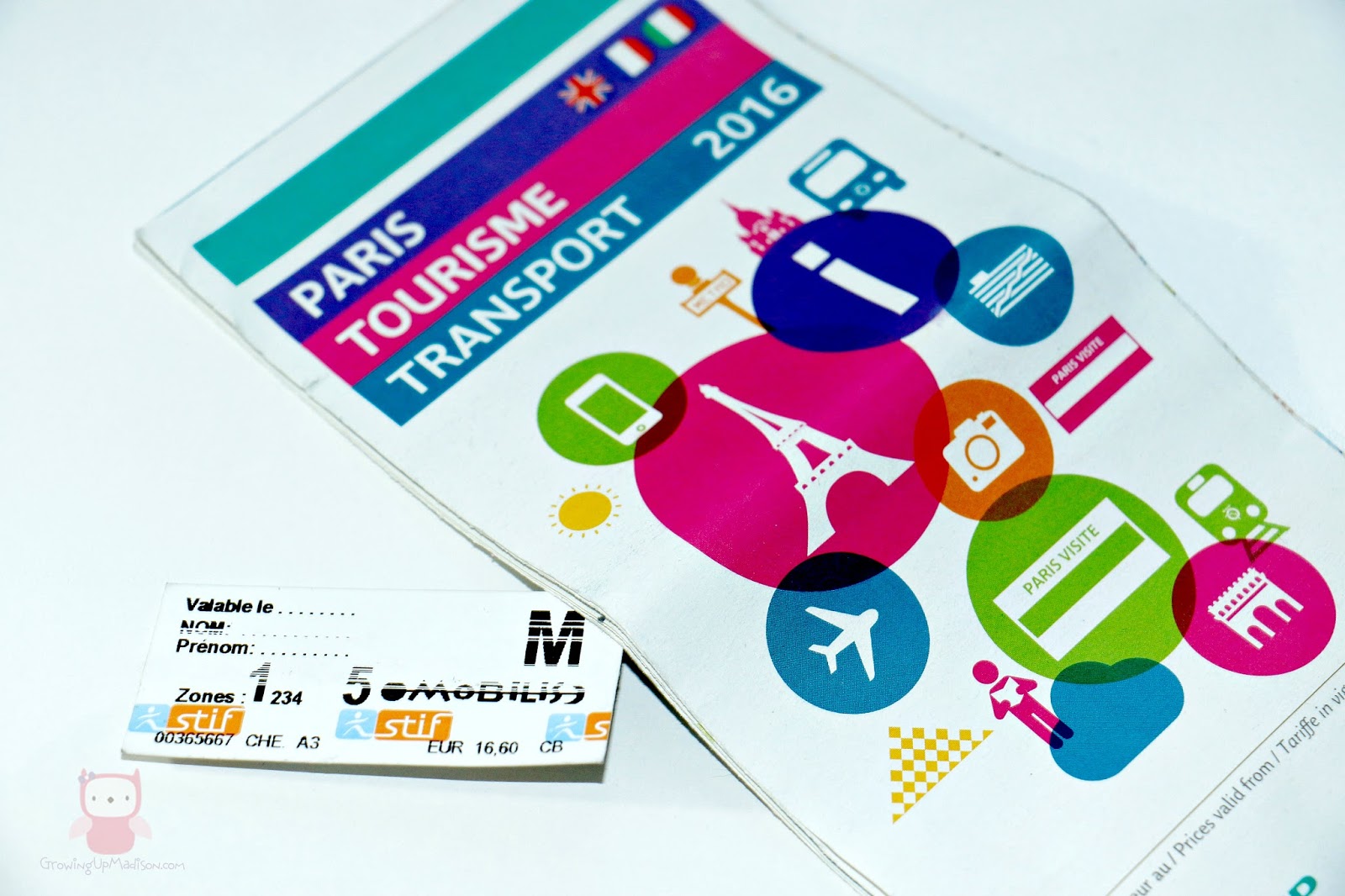 Now Paris is everything I thought it would be and even a little bit more. I have to be honest with you, my visit to the Eiffel Tower was very uncomfortable. While I wanted to be there, I also didn’t want to be there. Sounds confusing, doesn’t it? Think about how people felt after the 9/11 attacks when it came to flying? That’s exactly how I felt. While there was armed French military around, it still left a very unsettling feeling so I took Madison, got her picture taken and whisked her away as soon as I could. At any other given time, I would have taken the lift up to the top of the Eiffel Tower, but when I asked Madison if she wanted to go and she loudly exclaimed “no”, I was ecstatic. 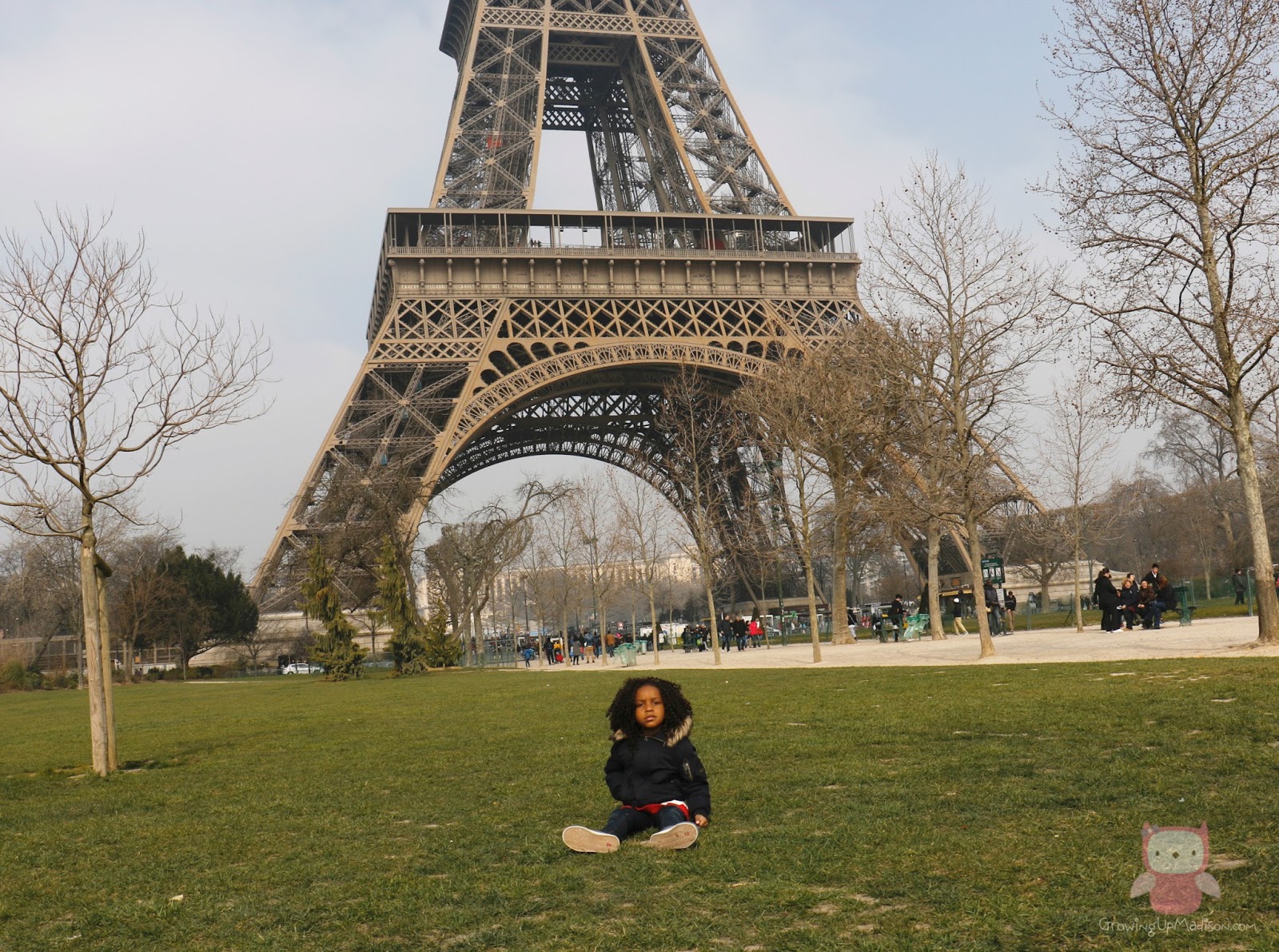 Now the Eiffel Tower is located near the Seine River so if a ride up the tower isn’t your thing, you can take a nice stroll along the river bank or even take a river cruise, which we also opted out of doing, but I do have to say any other time, I would have done it and I may still do so on another trip to France. I fully intend to visit one day again. 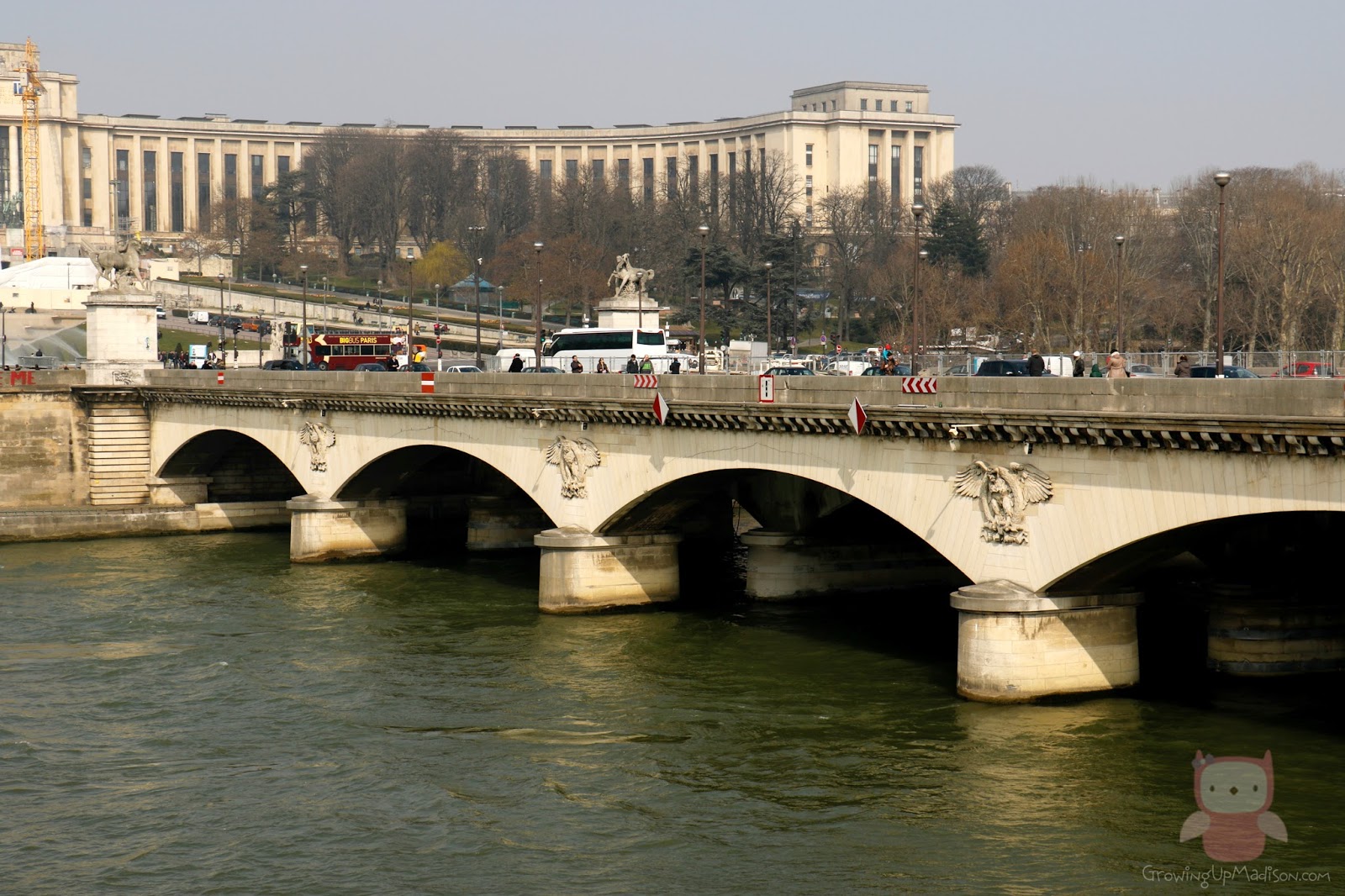 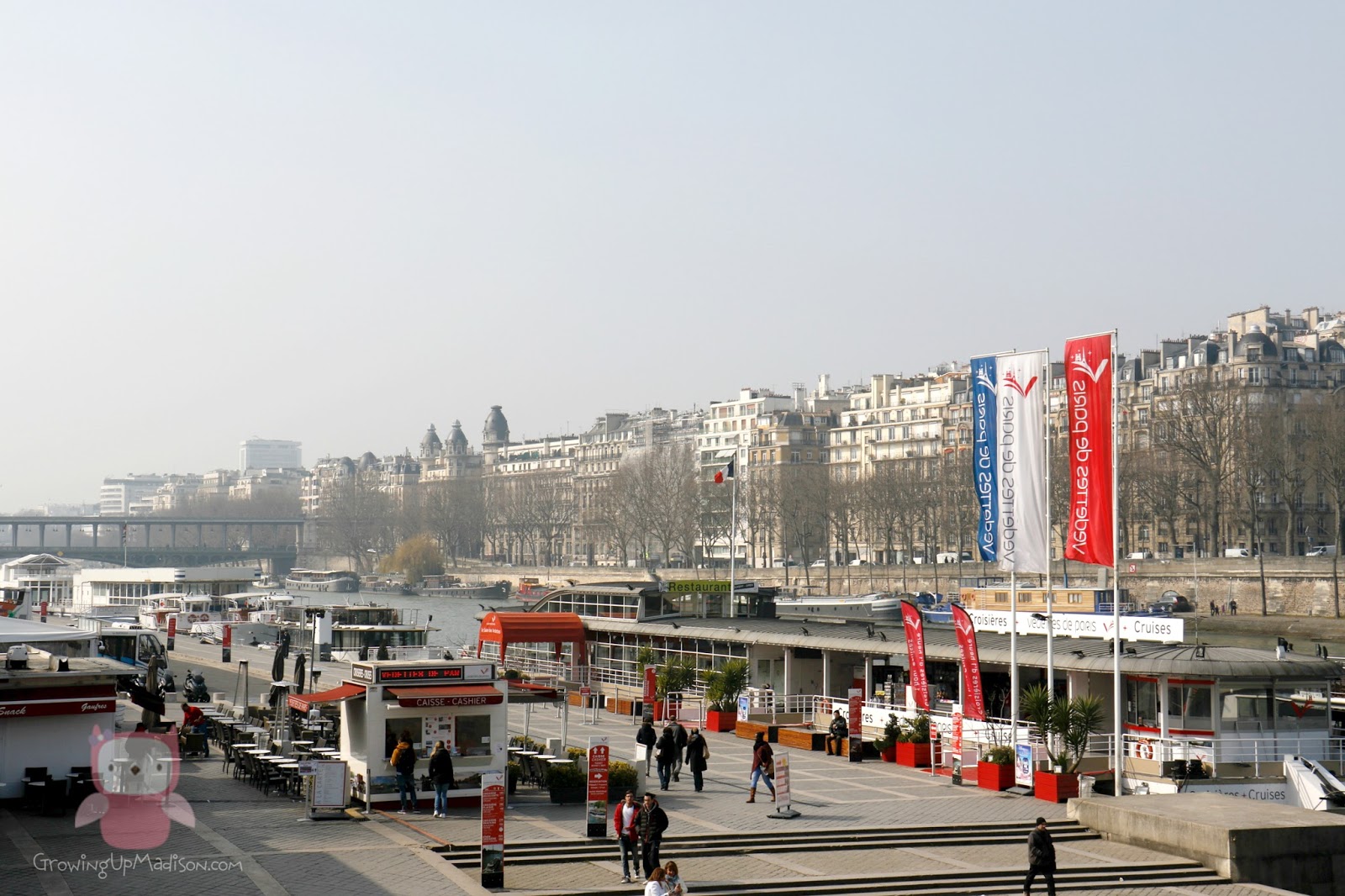 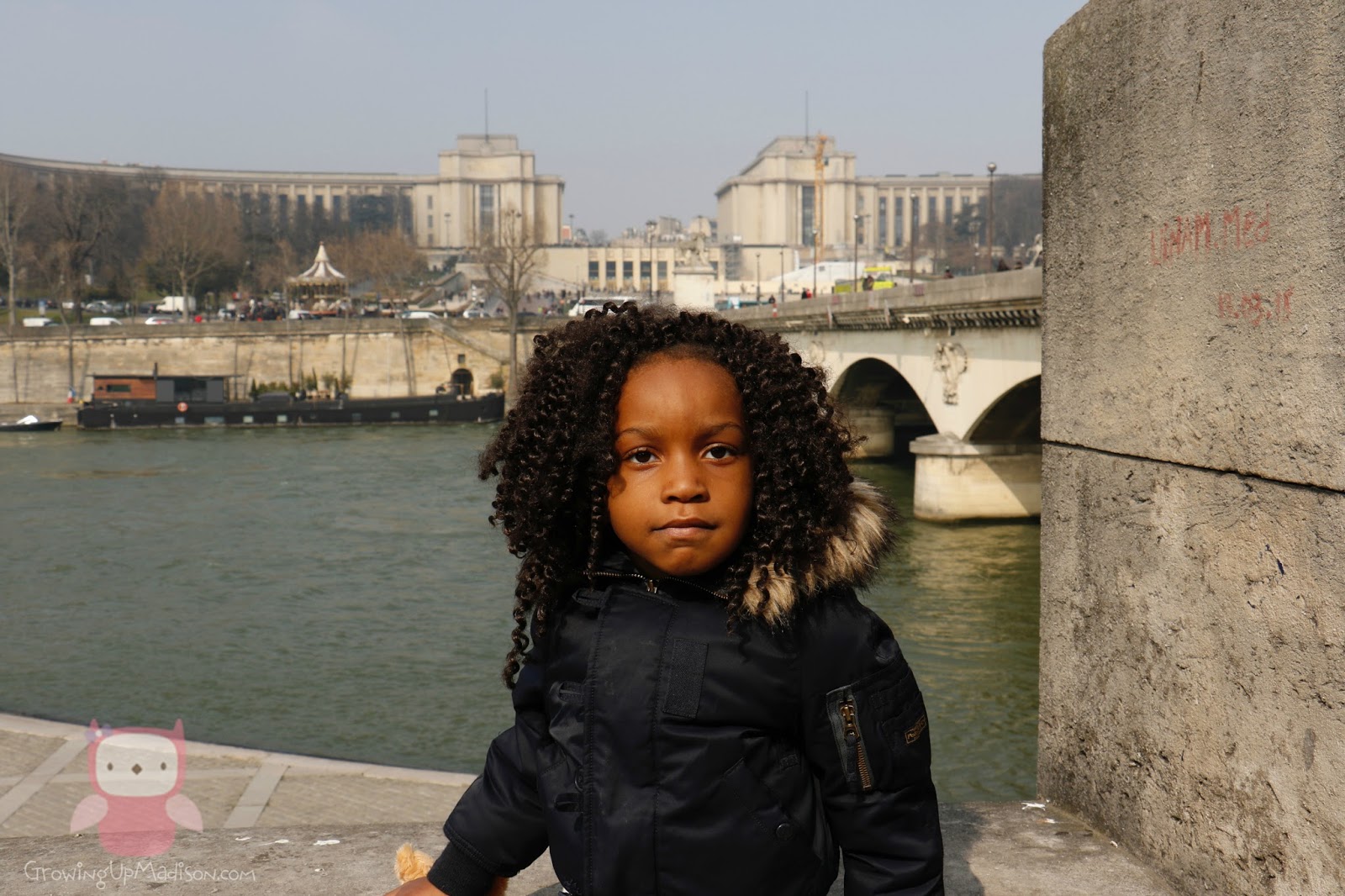 Not feeling too comfortable along the Seine River or the Eiffel Tower I decided to do what New Yorkers do best. Get on the train and head to where the shopping was, and where else to go shopping than the famous Champs-Elysées. Now the Champs-Elysées is to Paris as 5th Avenue is to New York City. It’s a shopper’s paradise, but it’s not just luxury shops. There are also restaurants, theatres, and cinemas lined along a mile long avenue. 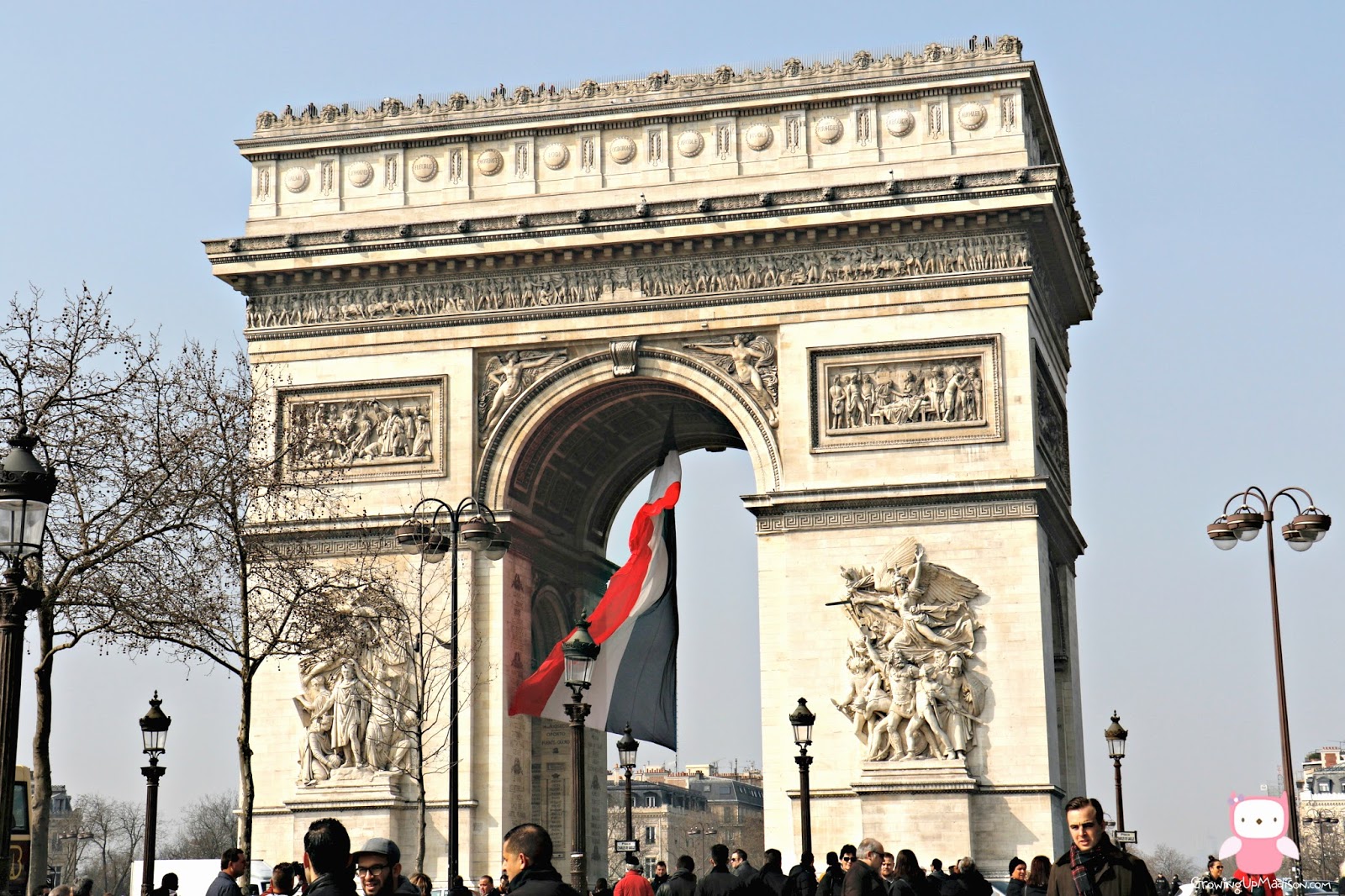 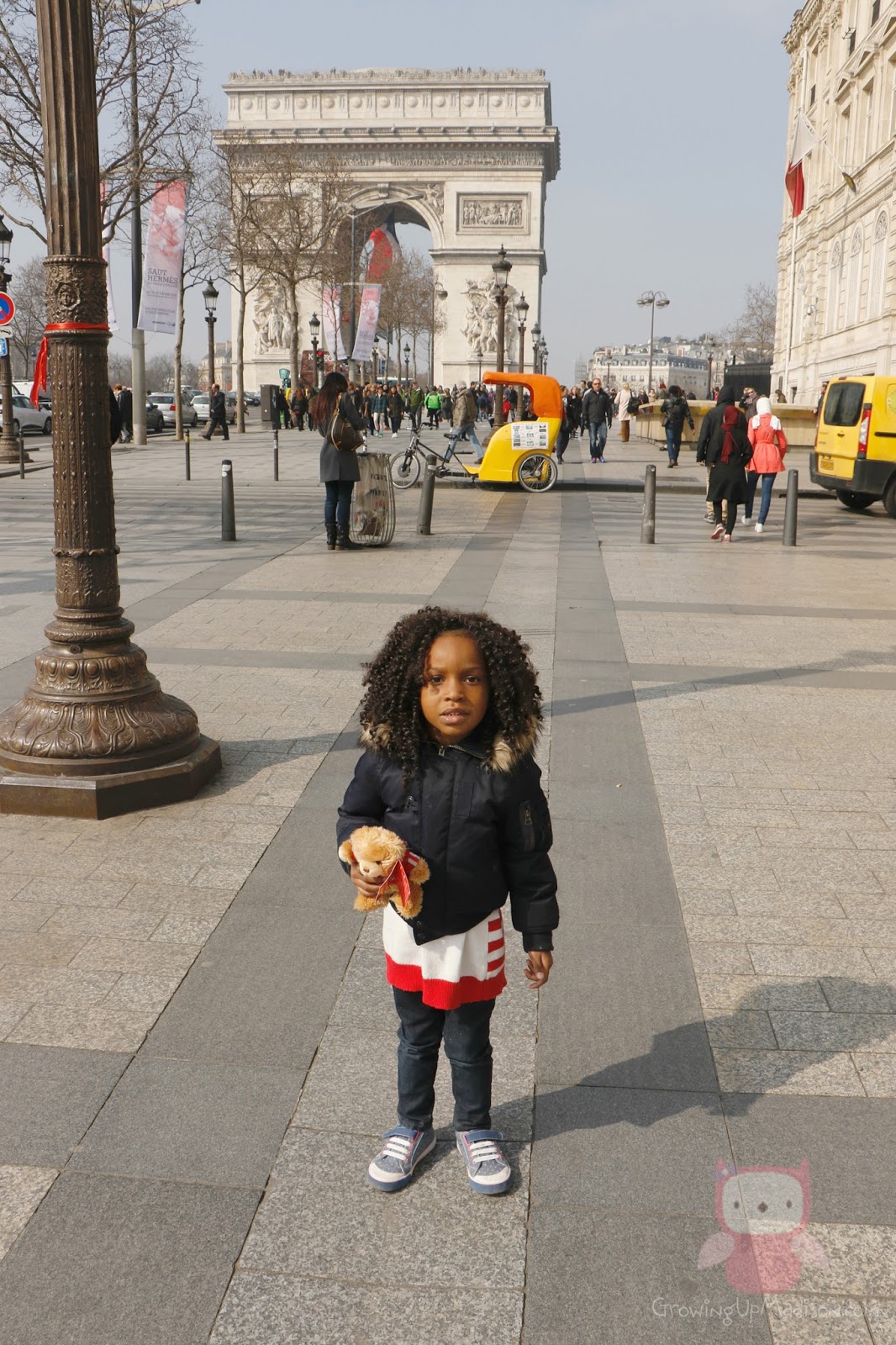 If you’re not one to shop, then indeed window shopping may be for you, and there is no lack of stores for you to do so. The very first store that we saw was Cartier, and all we could do was drool at the jewelry in the window, and since we were drooling, we decided to head to Ladurée, famously known for their delicious macarons. Who even knew there were so many flavors of macarons to choose from? 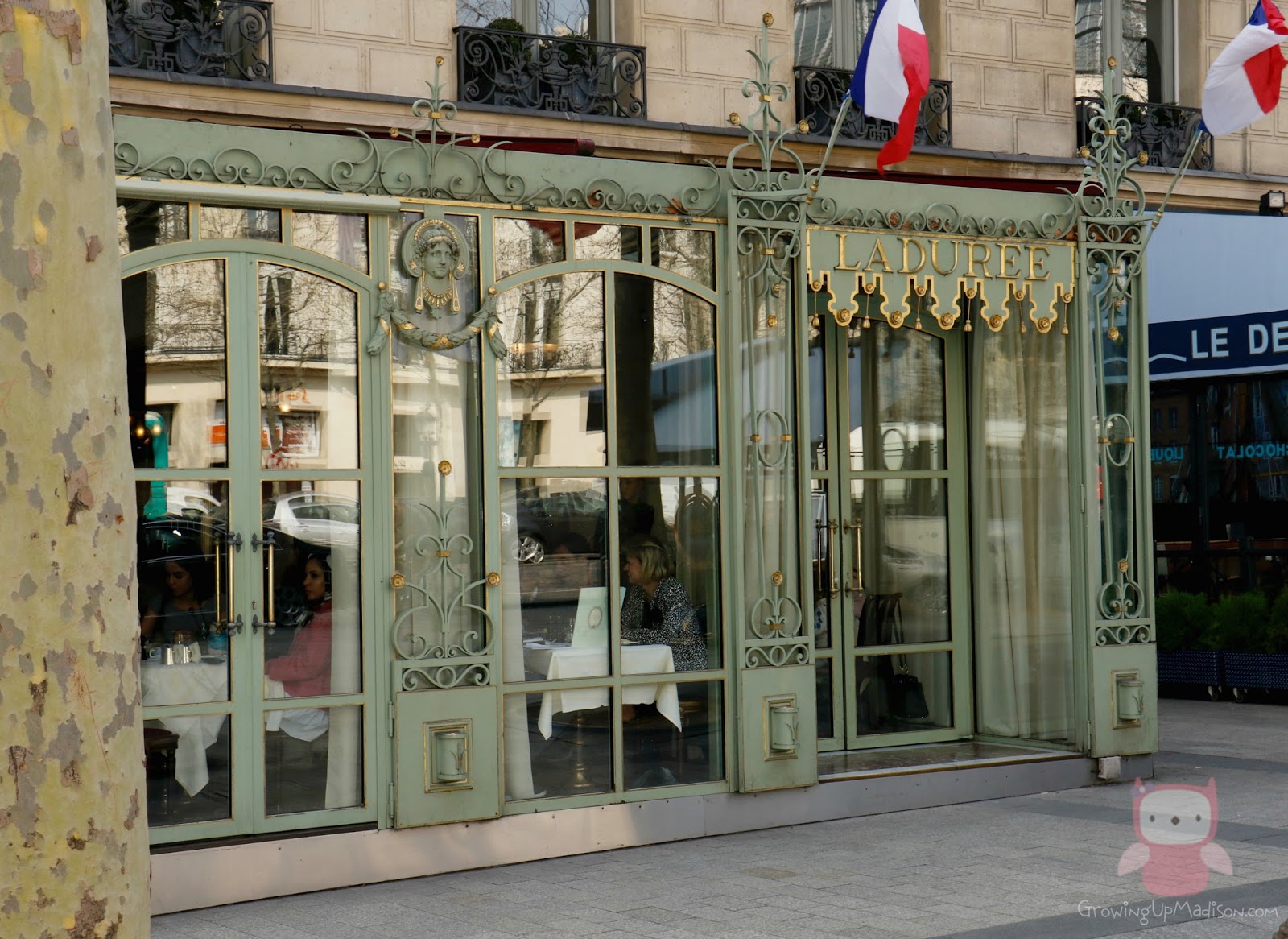 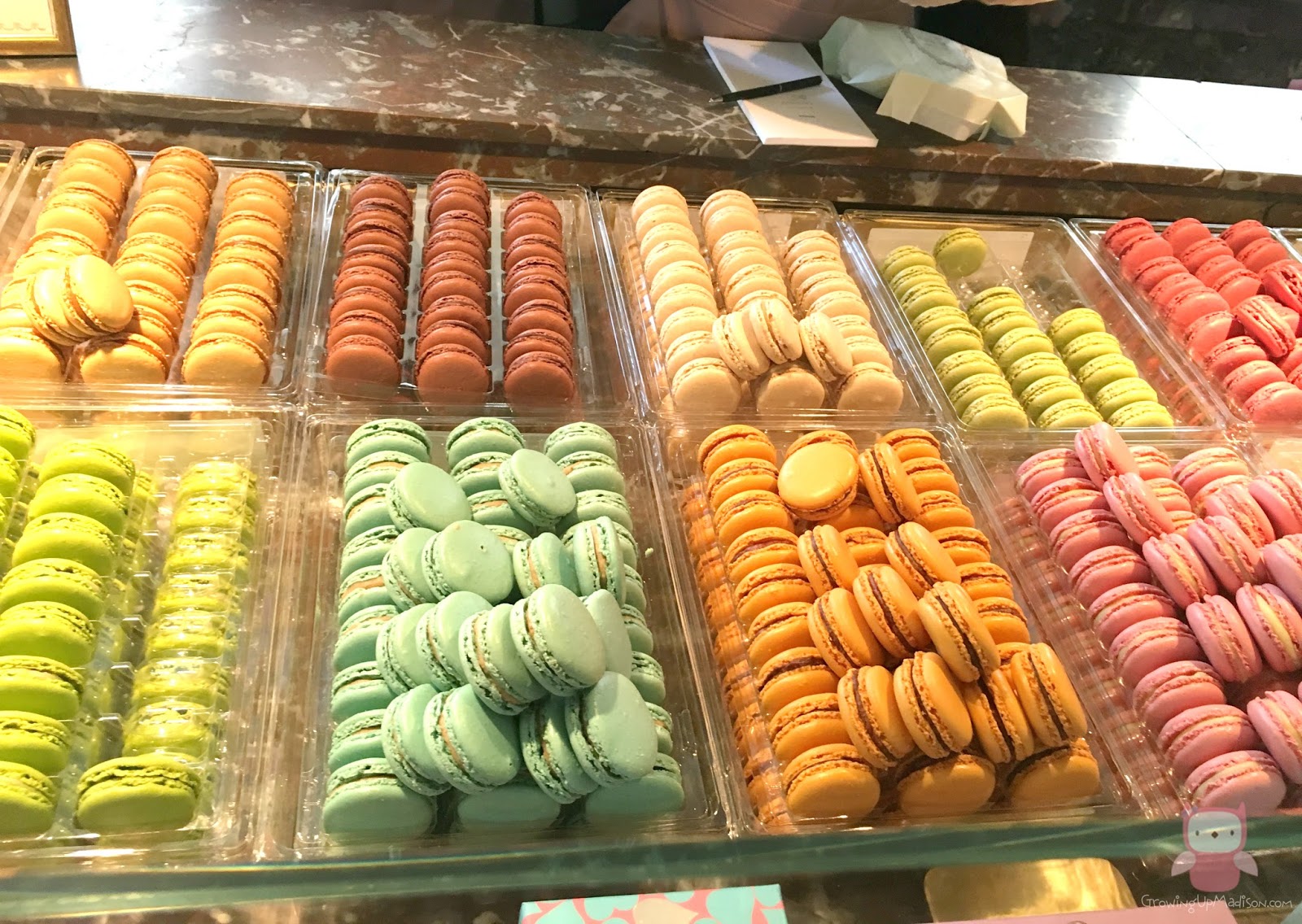 Once we had our fill, we decided to stroll around and went to a few stores. Luxury stores aren’t all clothing and accessories, there are also automobile shops as well, and we took the time to visit the Toyota store which has a few new cars that we may see some time in the future but are being tested currently in France. Now while I don’t have an eye for architecture, I did, however, pay attention to the buildings in France. The European architecture was something that I noticed while in London, and it’s beautiful. Oh, how I wish I were a better photographer so I could show you the beauty that is Paris. 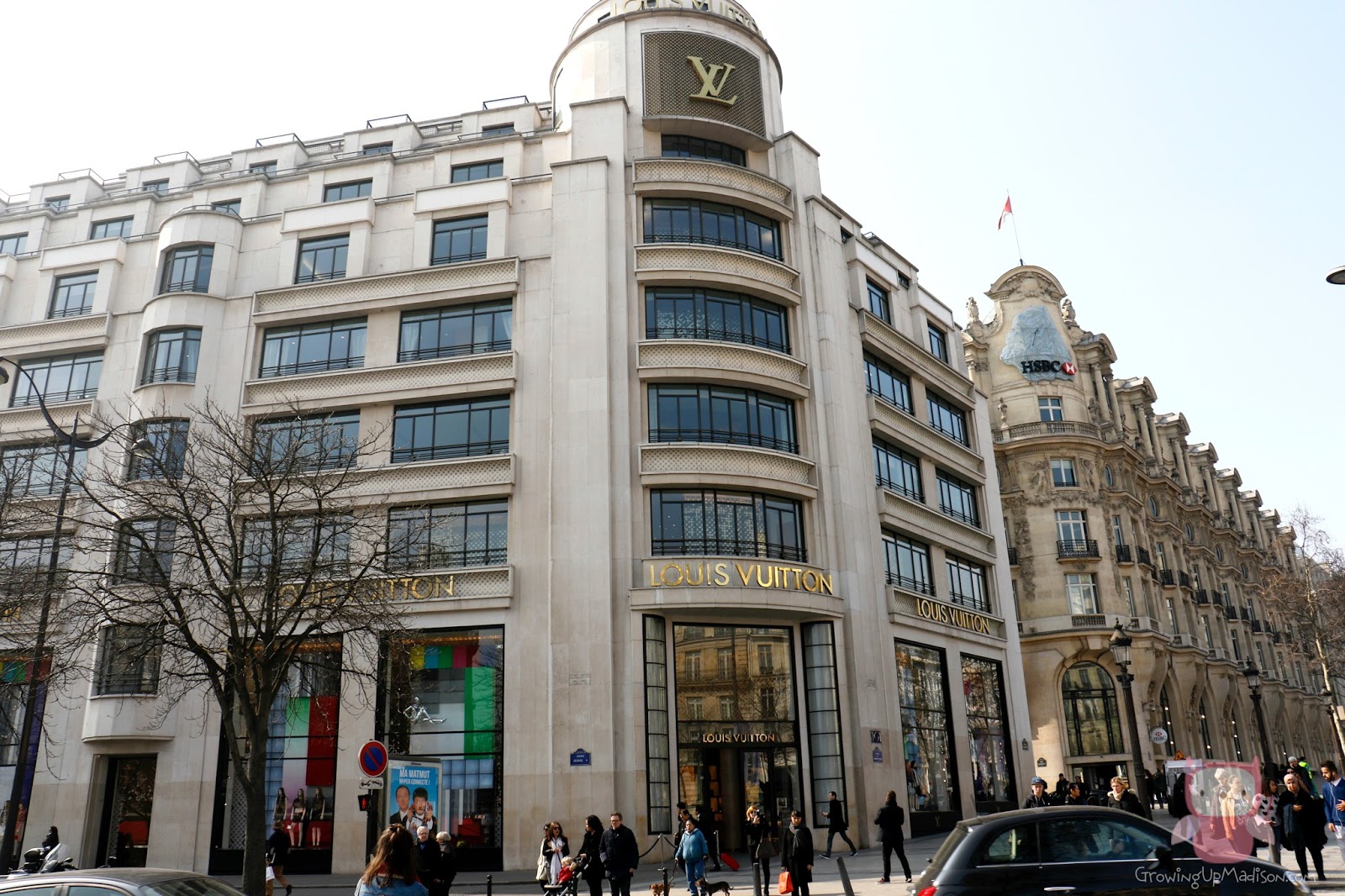 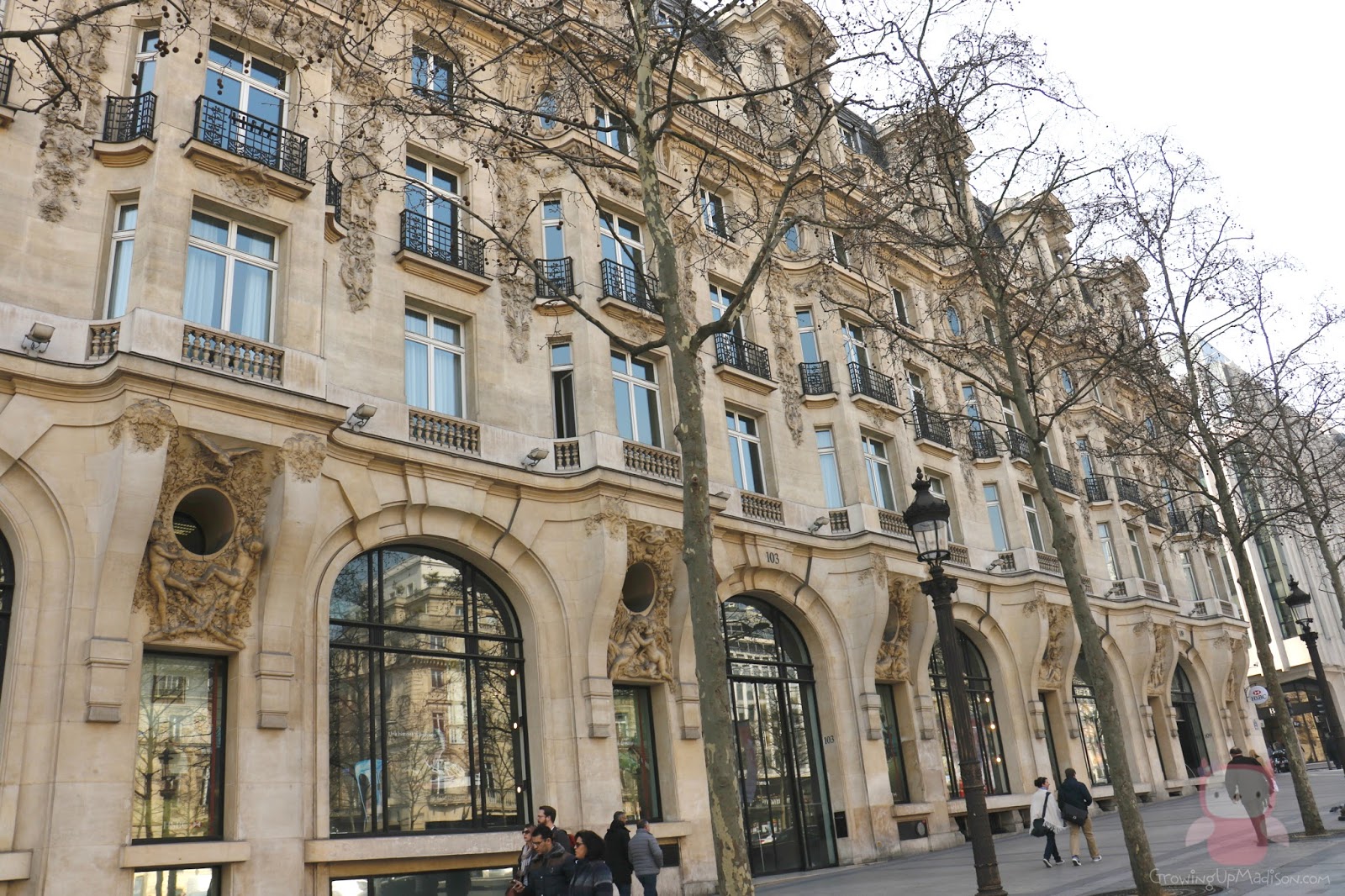 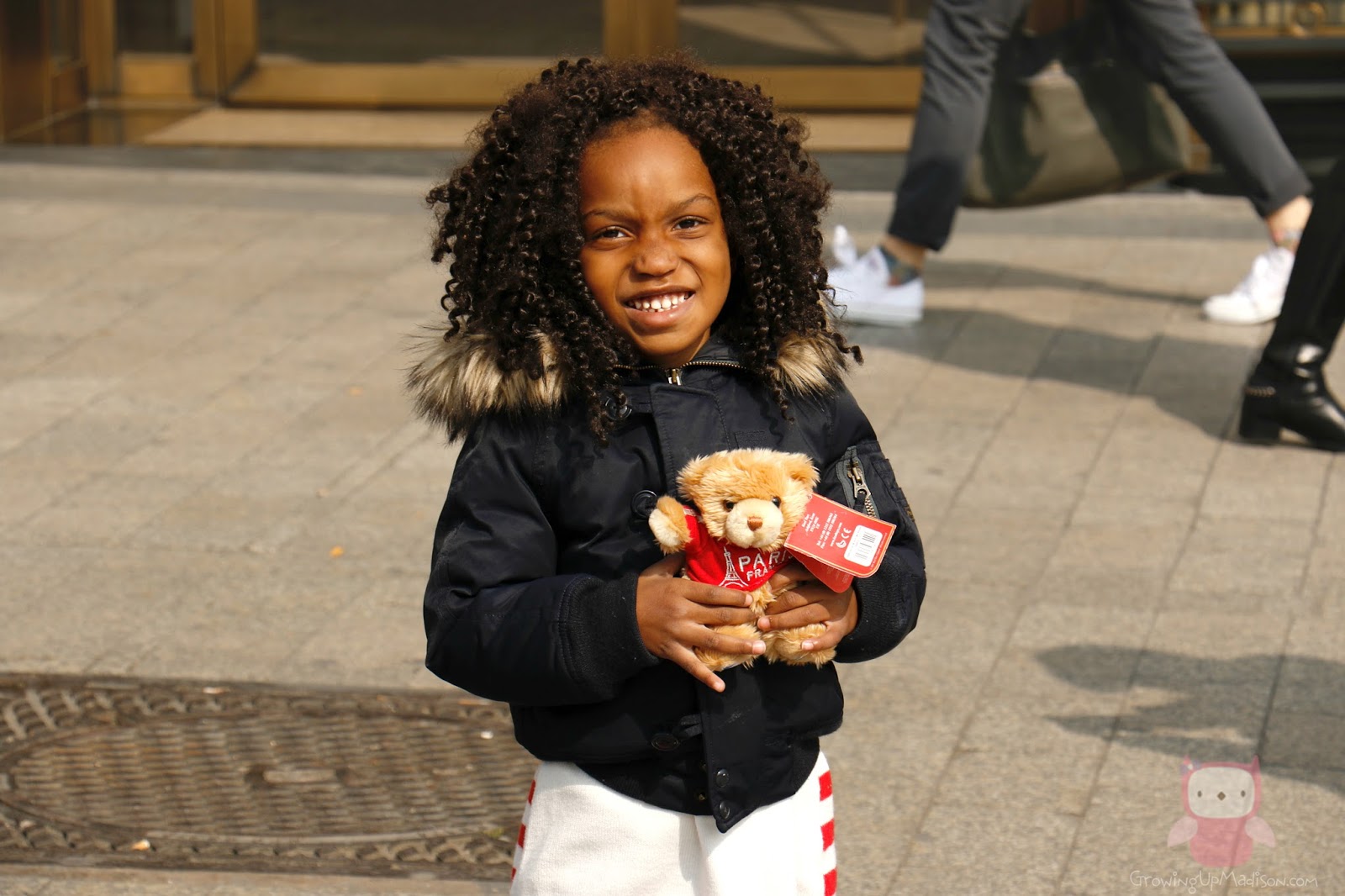 Madison had a splendid time along the Champs-Elysées and so did I. While I’ve crossed France off my bucket list of places to visit, I do however see another trip there in my future. It’s a beautiful place, and I can’t wait to visit again.

Let’s discuss: What are you most looking forward to visiting in France if you do visit? If you have, what did you most like about France?