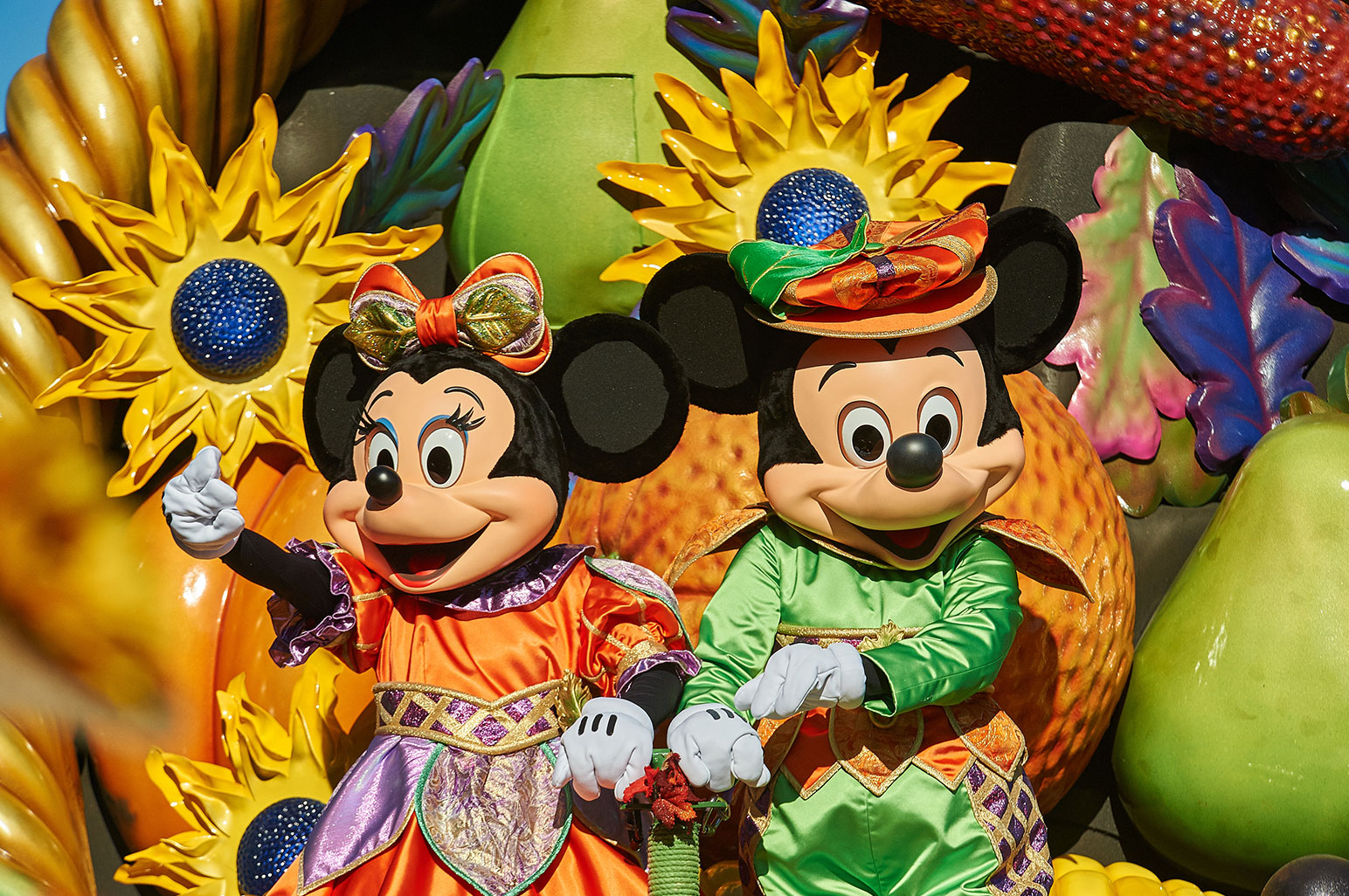 To celebrate 90 years of Mickey, Disneyland Paris is organizing a huge birthday bash with a very special program. The kick-off whistle for this “Mickey 90 Mouse Party” will be blown on 1st October, with a new Halloween season that will put the spotlight on the most famous mouse in the history of animation.

This year, Halloween promises to be a wickedly wonderful party and will also celebrate Mickey himself. He will steal the show with a brand-new float designed especially for him in the mini Halloween parade, a new attraction called “Mickey and his PhilharMagic Orchestra” will make its appearance at Discoveryland, and of course, Halloween wouldn’t be the same without the “Disney Villains”. Get ready to shiver with some unparalleled encounters and a spectacular show this Halloween at Disneyland Paris… 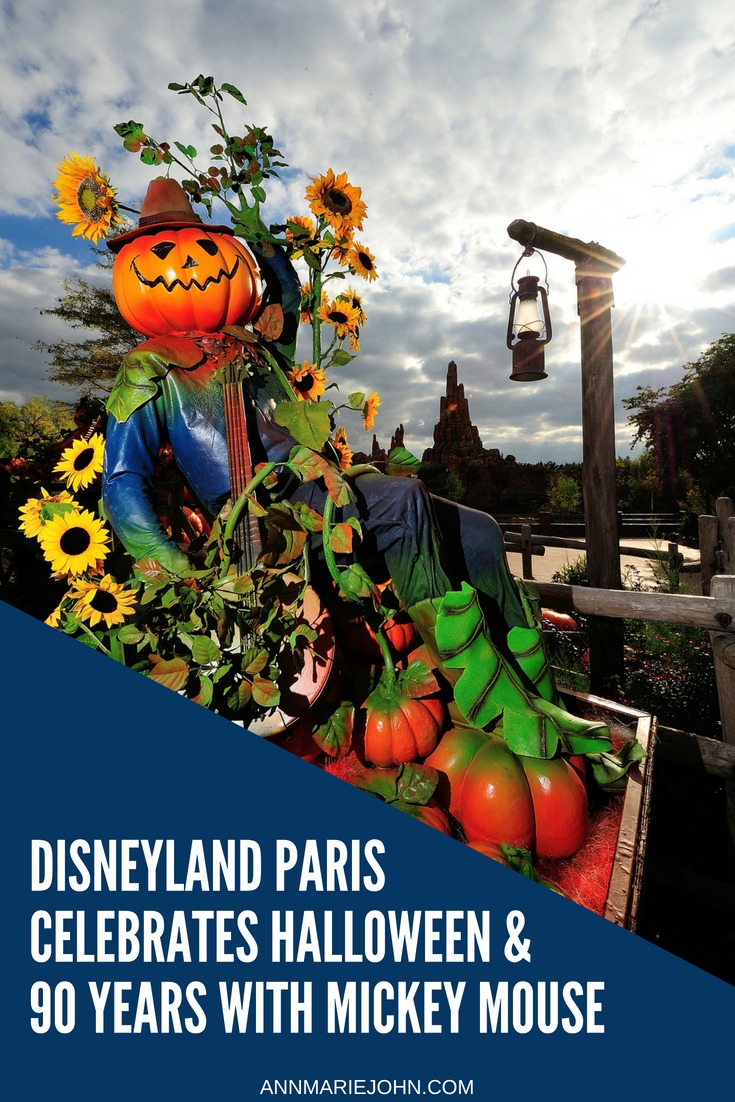 Mickey’s Halloween Cavalcade, the most eagerly awaited parade of the season, is finally back with a bespoke addition: a brand-new float called “Mickey’s Illusion Manor”. The float will celebrate 90 years of imagination in the most mischievous of ways, with apparitions and disappearances… Yes, Mickey can’t wait to play some tricks on you. What’s more, he’ll also have help from some strange zombies and the three pranksters Huey, Dewey, and Louie, Scrooge’s nephews. No reason to panic though, as Minnie, Donald, Daisy, Chip and Dale, the Three Little Pigs, and many others will parade in their own floats, which will all exude cheerfulness and autumn colors.

The “Mickey 90 Mouse Party” will mark the arrival, on 1st October 2018, of a brand-new attraction: “Mickey and his PhilharMagic Orchestra”. Get ready to enjoy a new 4D experience at the Discoveryland Theatre. Once seated, you will find Mickey and Donald on the big screen. They will cast you into the very heart of some of the greatest Disney classics such as Aladdin, The Little Mermaid, and The Lion King, with new misadventures caused by the out-of-control Donald Duck. It will be a once-in-a-lifetime opportunity to have fun with Disney’s most popular songs and to celebrate 90 years of Mickey in style.

FACE TO FACE WITH DISNEY VILLAINS

Halloween is the season of all possibilities, especially for those who are dying to mingle with the most famous of Disney Villains. The terrifying Maleficent will cast a spell to transform the courtyard of Sleeping Beauty Castle into a huge briar bush taking the shape of her ominous dragon, and she will also be on-hand to meet with and take photos with the more daring of guests. 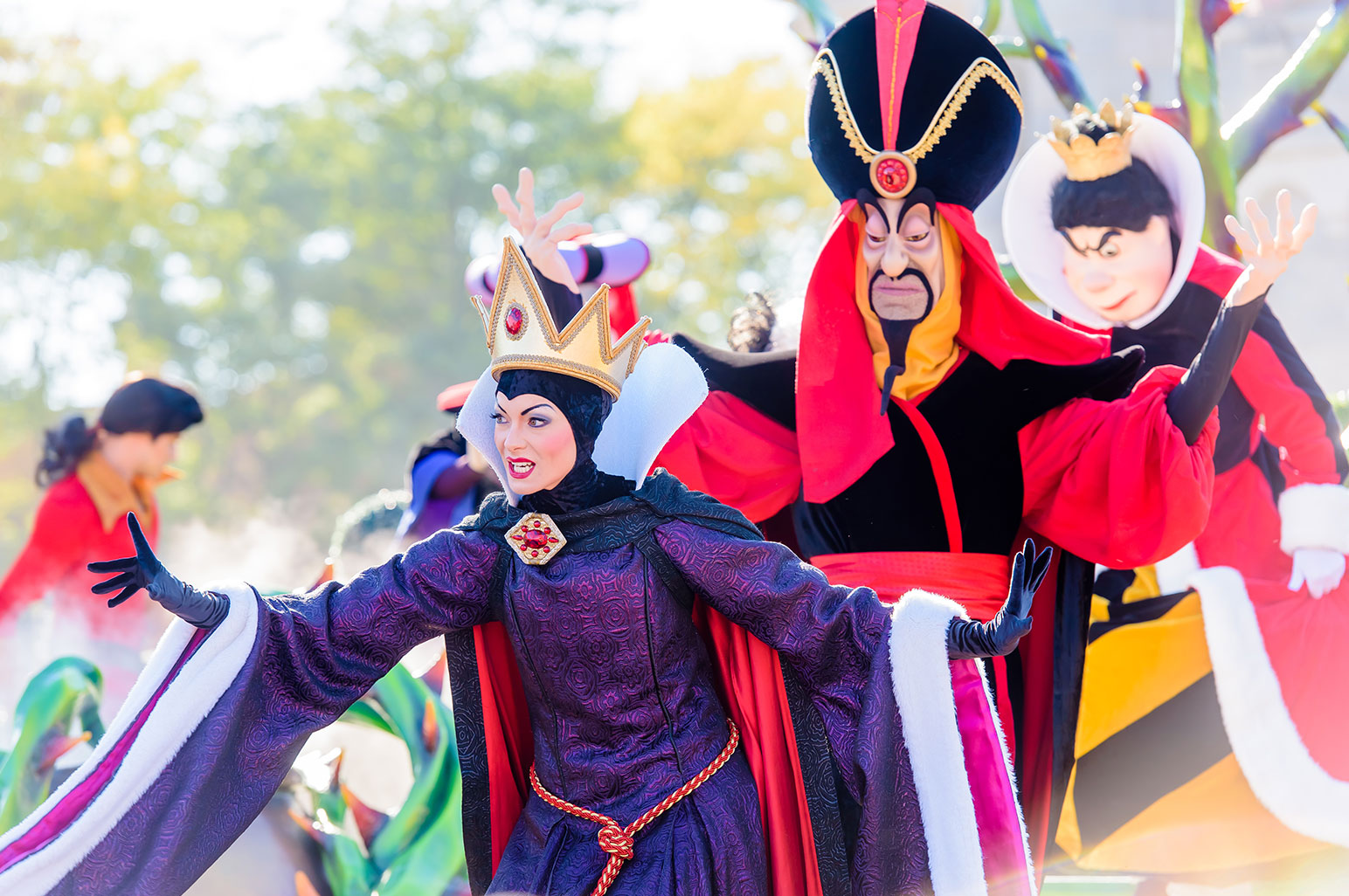 Disney Villains invite you to their show “It’s Good to be Bad with the Disney Villains!” at the Castle Theatre. Join the Queen from Snow White and the Seven Dwarves, Cruella (101 Dalmatians), Captain Hook (Peter Pan), the Queen of Hearts (Alice in Wonderland), Jafar (Aladdin), Gaston (Beauty and the Beast), Frollo (The Hunchback of Notre-Dame), Dr Facilier (The Princess and the Frog), and also Cinderella’s stepsisters and stepmother, Drizella, Anastasia, and Lady Tremaine, for this not-to-be-missed show. Look out for intruder Donald, who dresses up as Maleficent (Sleeping Beauty) so that he can party with the Disney Villains. After the show, the Disney Villains will take malicious delight in posing for photos with you.

EVEN MORE ENCOUNTERS WITH HALLOWEEN STARS

The Disney Villains aren’t the one ones preparing to invade Disneyland Park to celebrate their favorite season. Minnie, Stitch, Goofy, José Carioca and Panchito Pistoles (Donald’s partners in crime in the film The Three Caballeros) and even the Cheshire Cat from Alice in Wonderland promise new unforgettable encounters. A word of advice: don’t forget to grab the program and map at the entrance to the Disney Parks to make sure you don’t miss anything.

In celebration of the Halloween season, a monstrously crazy and colorful atmosphere will take over Disneyland Park. Ghosts and pumpkins will invade Main Street, U.S.A., as well as Frontierland. Colorful, tall sculptures will also have their place at the heart of the festivities, and throughout the season you will be able to encounter the puppet of Miguel, the star of the Disney/Pixar film Coco, at the Fuente del Oro restaurant. 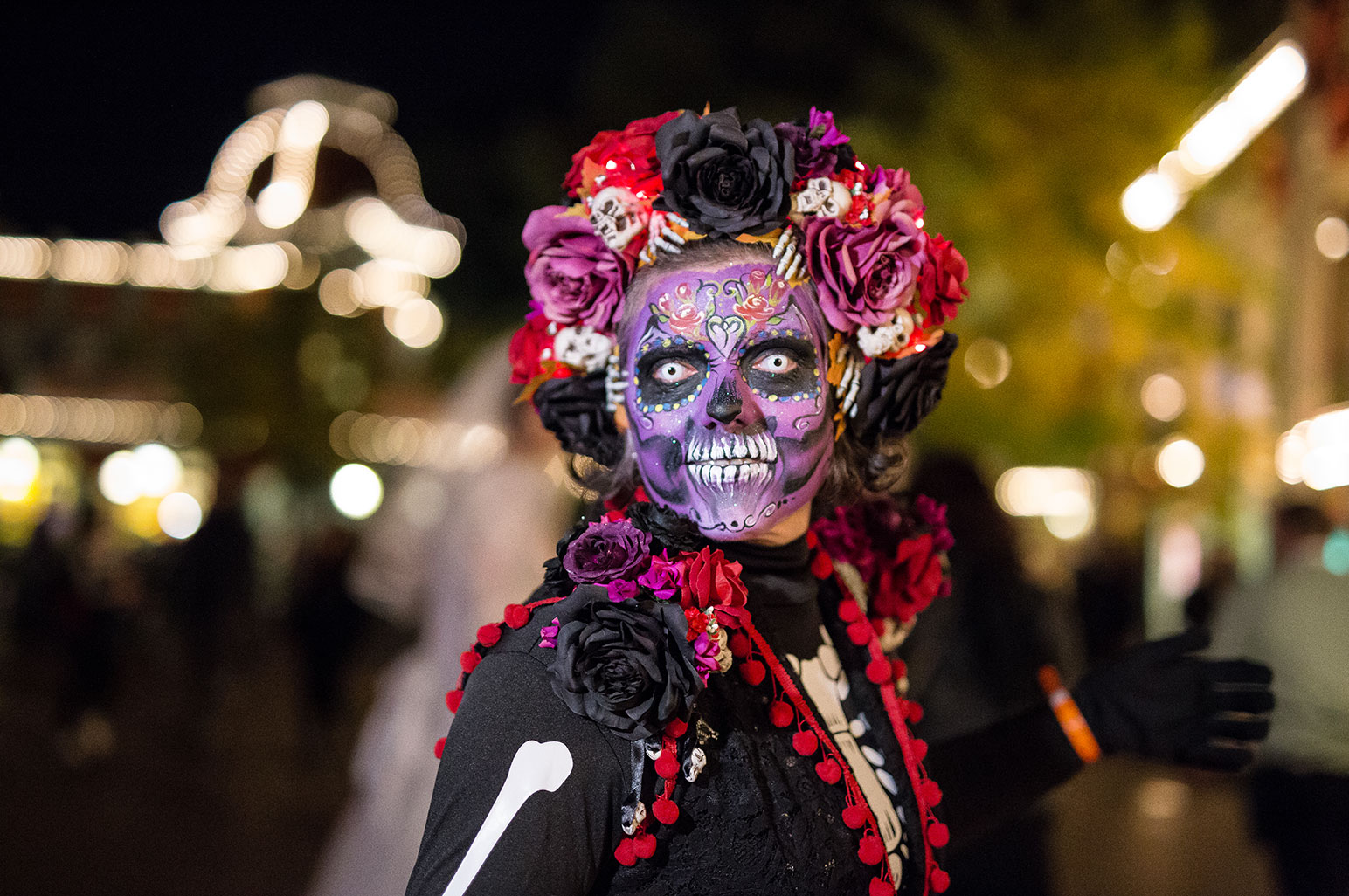 The Halloween season takes place from 1st October to 4th November 2018. The “Mickey 90 Mouse Party” will be followed by a new Christmas season, full of surprises.