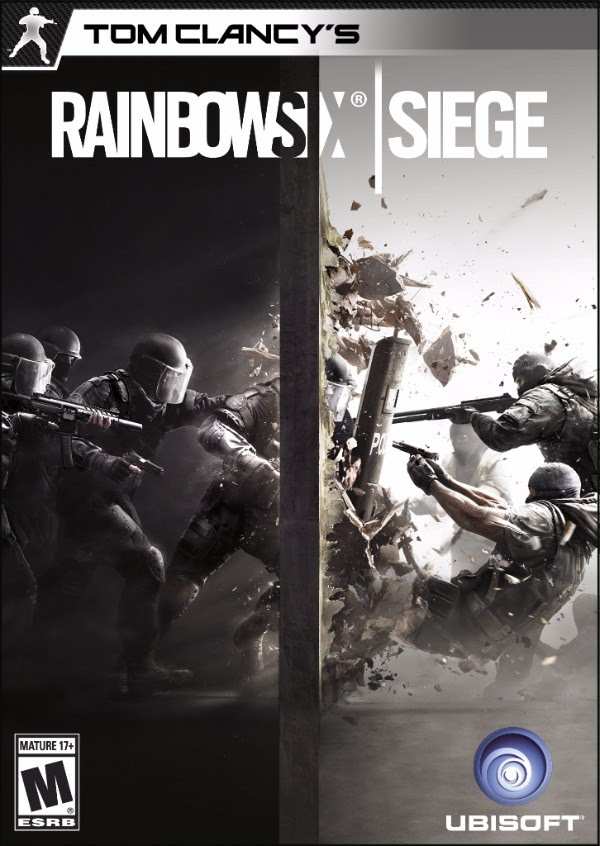 Madison’s mom here! I may have mentioned numerous times that we are a gaming household. Big time gamers! There is every game system and everyone one owns their own (with the exception of Madison who considers her iPad her game system). I’ve heard the question before, why does everyone own their own system. Well there is always the same reason I give. No one likes sharing and no one likes waiting. As a Ubistars blogger I get to review really cool games bought to you by Ubisoft, the makers of games such as Tom Clancy’s Rainbow Six franchise and today I’m bringing to you Rainbow Six Siege, the latest in the franchise. Rated M for ages 17+

Tom Clancy’s Rainbow Six Siege puts players in the middle of lethal, close-quarter situations where they must use destruction to transform their environments and rescue hostages. By giving players the opportunity to use observation drones, lay barbed wire and mines, and predict the enemy’s next move, this fast-paced-first person shooter sets a new bar for intense firefights, strategic gameplay and competitive gaming.

As owners of Rainbow Six Vegas 1 & 2 we were really looking forward to Siege and we were not disappointed. While you can play by yourself I highly recommend getting a team and playing together. After all First Person Shooters (FPS) were made for team work. There are currently 3 game modes: Multiplayer (5 on 5), Situations and Terrorist Hunt. I’m going to tell you that my favorite is Terrorist Hunt.

5 on 5 multiplayer: Just as it states, it’s you and 4 of your teammates going against another 5 players in either normal, hard or realistic levels. It is really about teamwork because of course if you eliminate the other team you win. I jumped right into realistic and they sure weren’t kidding. Holes came through the walls, blood was being sprayed and one shot and you’re dead. I seriously thought I was a hardcore gamer until I tried realistic. So of course I jumped back to normal giving me a better chance.

Situations: These are are a bit like training missions that you play solo to complete a task. There are 10 situations that you play and can range from protecting or recusing a hostage or even eliminating all terrorists. Since you’re playing solo it can be tough but it does help you when you do get into the multiplayer game.

Terrorist Hunt:  This is my favorite. If you’ve ever played Horde on Gears of War, then this is it! You hole up and try to defend your area against waves of AI players. With this game mode you and your team can defend a hostage, rescue a hostage etc. This is really where teamwork comes in and where you’re definitely going to need a mic. So if you’re one of those players who hate communicating online then this isn’t the game for you. You get to lay traps down and do everything you can to survive.

Now this is a great game and while I would love to give Tom Clancy’s Rainbow Six Siege a 10/10 I can’t. As of this time the servers aren’t that great and we kept getting kicked off. I am also really disappointed that there is no single player story mode which I used to love and this is entirely focused on multiplayer action. However that is all made up for by the gameplay. The graphics is amazing and you do have to play smart to survive. My rating 8/10