On a cold and blustery afternoon, Madison and I braved the weather and decided to do what most tourists do, take a cruise along the Thames River on the London Eye River Cruise. It was actually one of the highlights of our London experience and one not to be missed. While the Coca-Cola London Eye is one of the best ways to SEE London, the London Eye River Cruise in my opinion, is the next alternative to seeing everything along the Thames River banks.

We were lucky to get free tickets to go on our cruise and while I’m not good when it comes to ships, surprisingly I didn’t need any motion sickness medication, so if you’re worried about that, you’re going to be OK. Getting to the London Eye River Cruise is fairly simple, and I would recommend doing both the London Eye and the cruise at the same time since they are located right next to each other. You simply make your way to the departure jetty on the Thames River, and step onto your sightseeing boat. The cruise takes approximately 45 minutes. 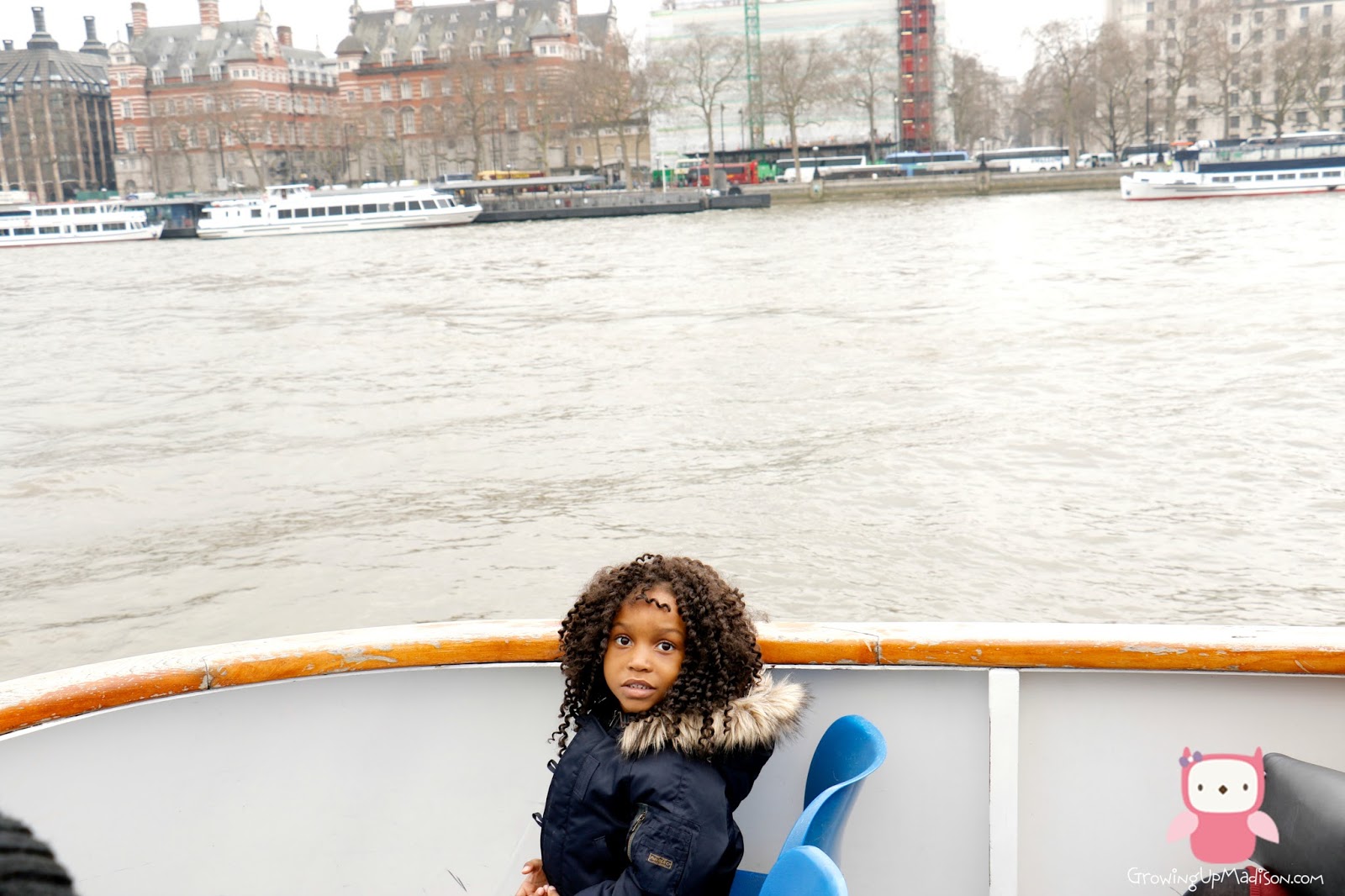 Find a spot on the outer, upper deck, or the spacious lower saloon, and settle in for your cruise. Even though it was rather cold that day and overcast as London seemed to be throughout our visit, we still decided to sit on the upper deck and we didn’t regret it. Remember however to have your camera ready because you will be sailing by some of London’s best-known sights, including Big Ben and you will also have beautiful views of some of their famous bridges including the Tower Bridge. You will be delighted by the live commentary from the highly knowledgeable onboard guide, who talks about the landmarks as they pass by. Since this is our Almost Wordless Wednesday, I’ll share some of the views that we were able to see. 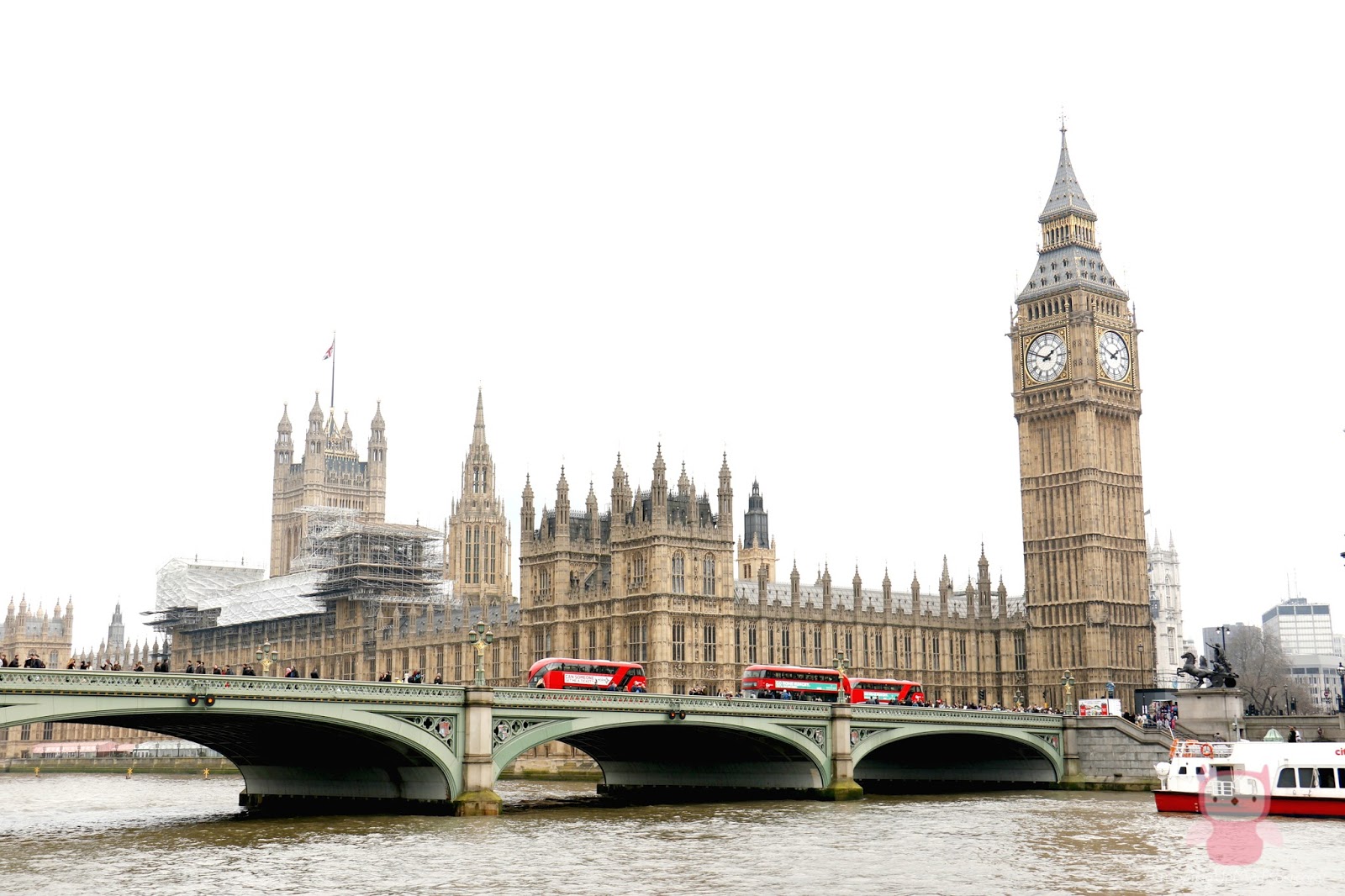 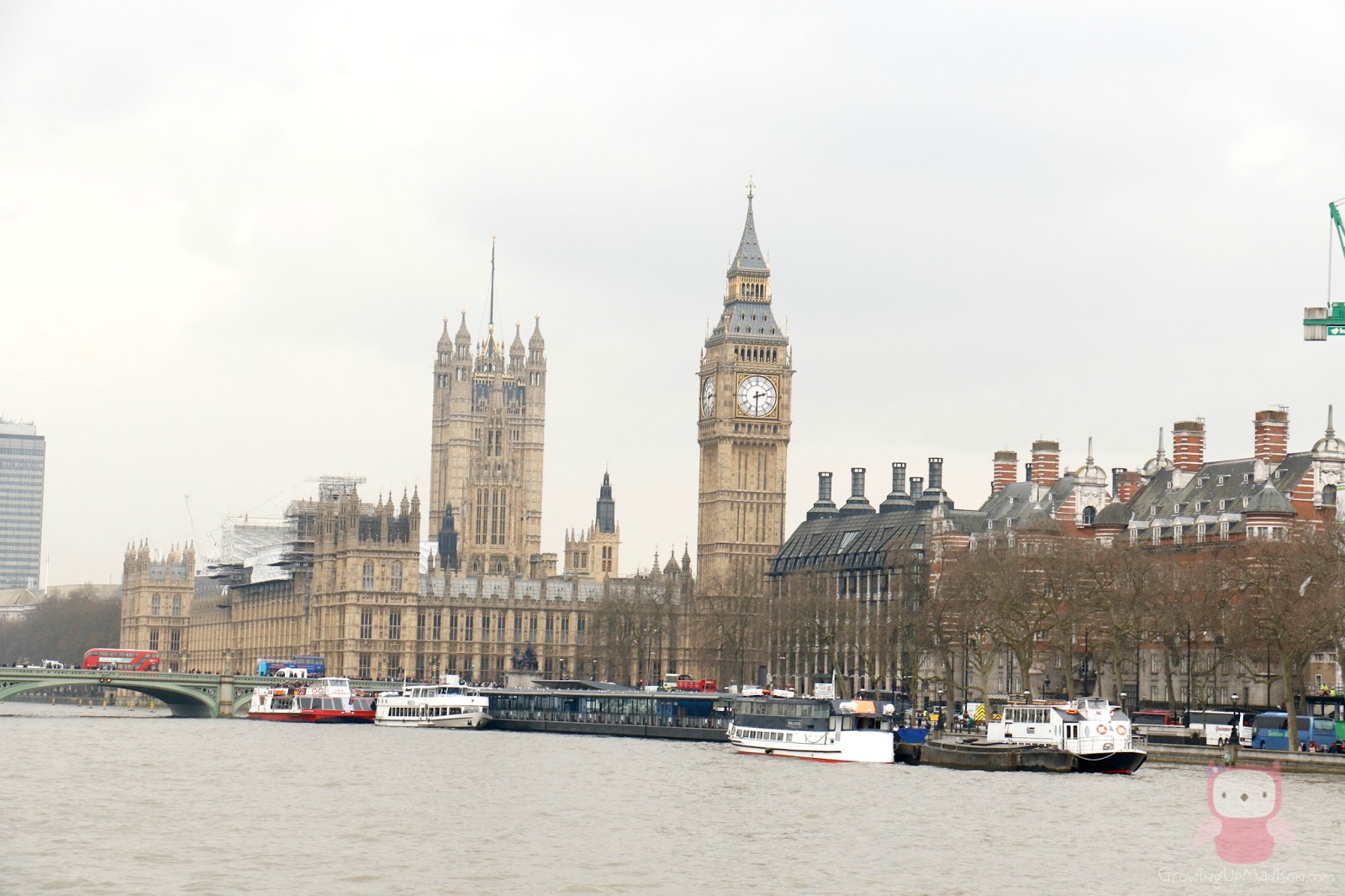 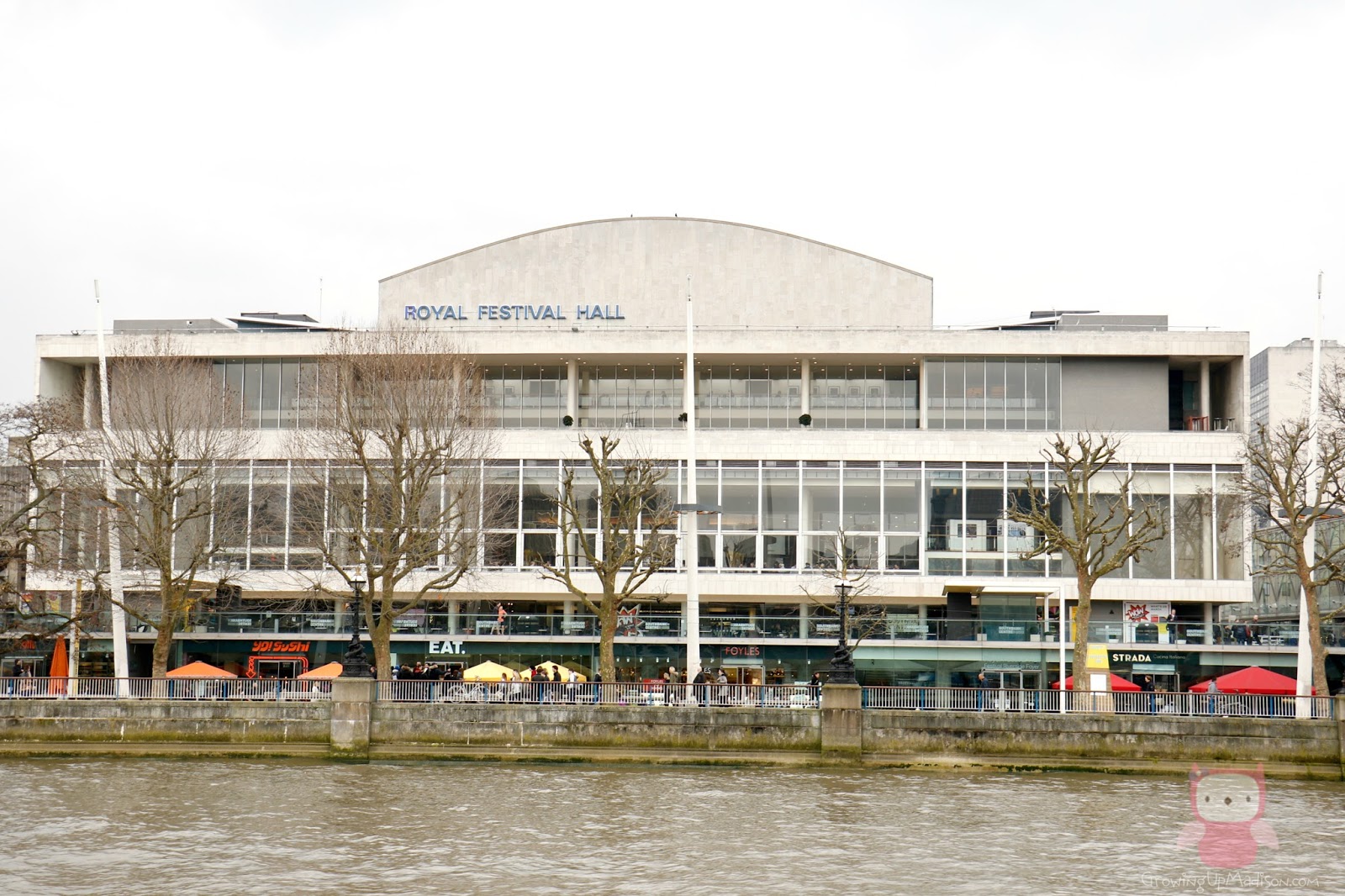 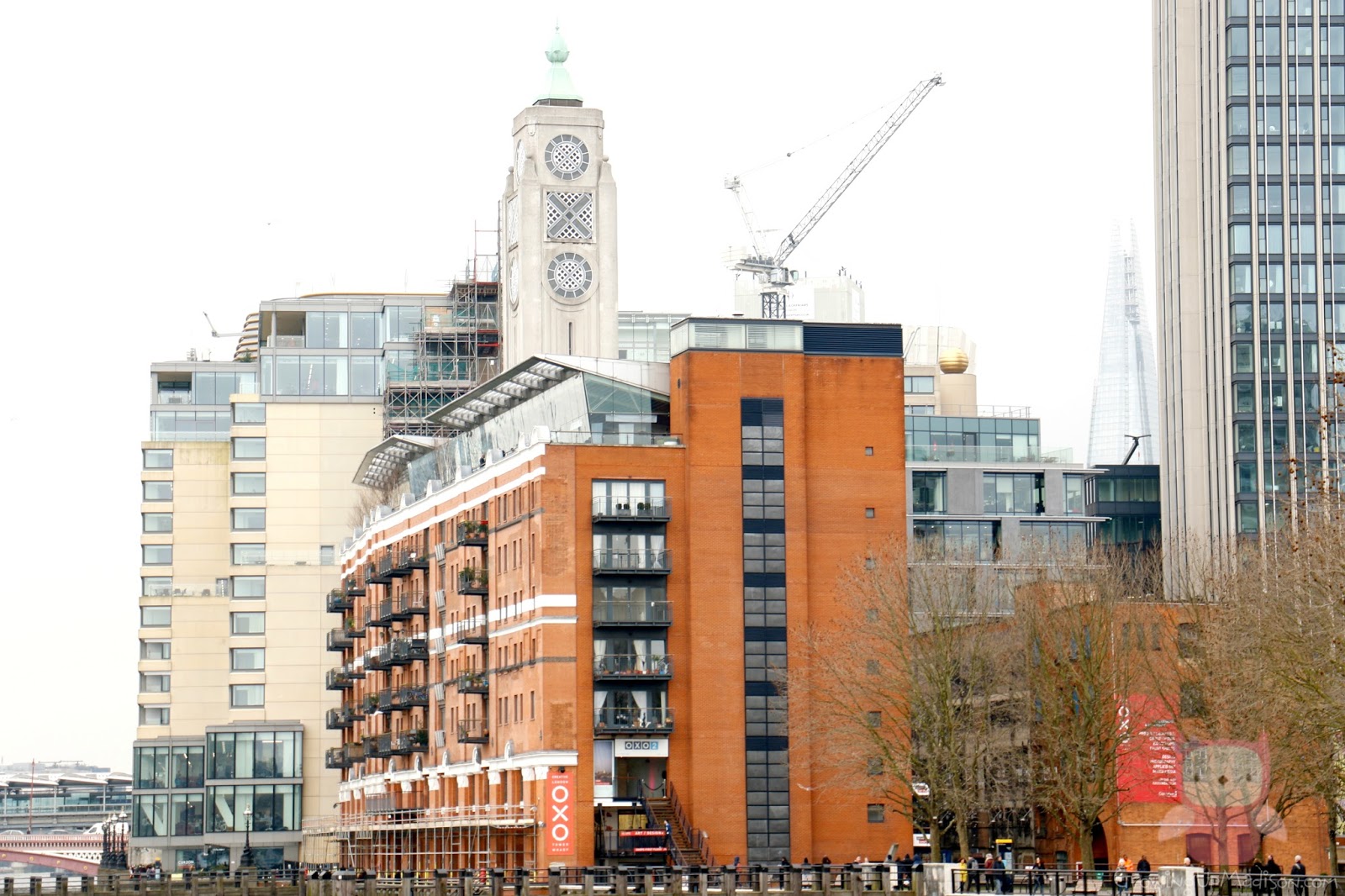 First up was the Big Ben and Houses of Parliament right across from the Westminster Bridge, which you can see, even before going on your cruise. The Royal Festival Hall has been touted as one of the world’s leading performance centers, and it seats 2500. Next was the OXO Tower, which houses an arts and crafts shop and also a restaurant and bar. While I didn’t get to go there during my trip, I did hear that it’s a tourist paradise. 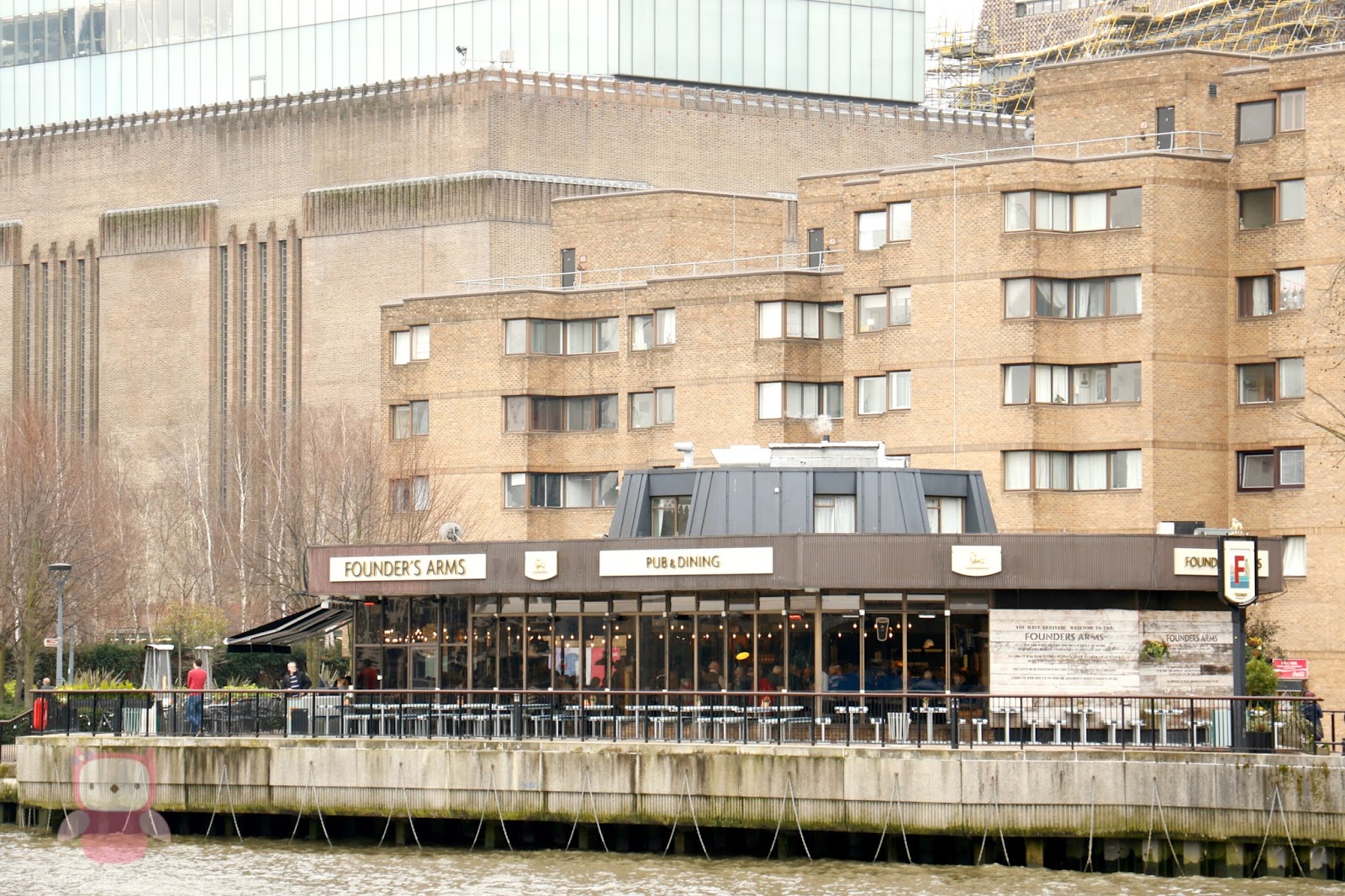 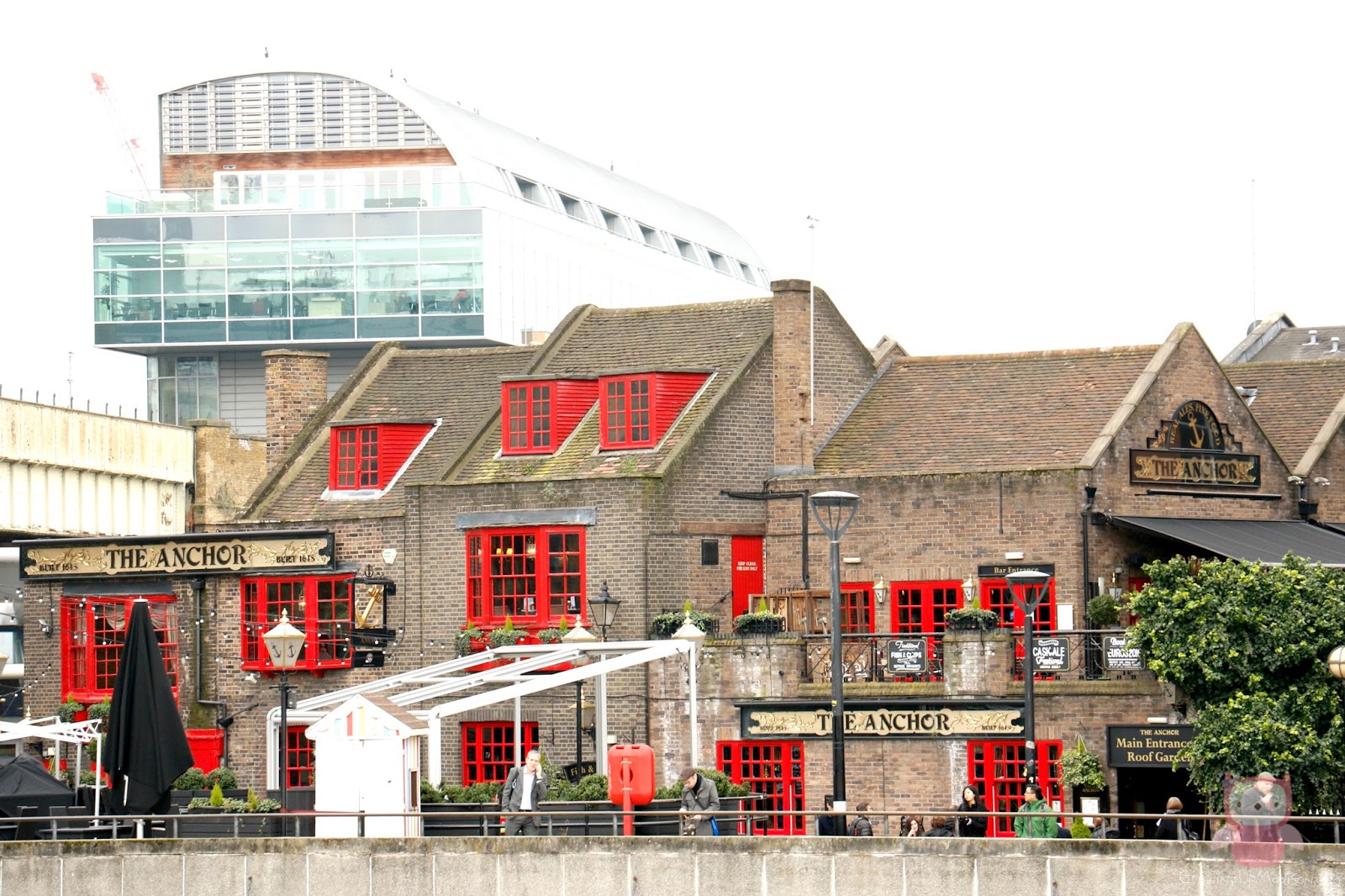 The Founders Arms is a pub that has a heated patio making it perfect to have that after-work drink even when it’s cool outside. The Anchor, however, is famous for the filming of Mission Impossible. There Ethan Hunt and Luther unwind with a drink. Now the thing that really fascinated me, was the numerous bridges that London has. We got to see the Millennium Bridge, also called the Wobbly Bridge because when it was first built, it did wobble. It has now been fixed, so don’t be afraid to walk across. Next, the Blackfriars Bridge, which gained notoriety when in 1982 when a Vatican Bank Chairman was found hanging from it. We also got to see the London Bridge and more, but to be honest, we weren’t very impressed with the London Bridge.

Just take a look at the magnificent buildings built along the Thames River. I was truly in awe of the architecture here in London, since our buildings in the USA aren’t this statuesque. 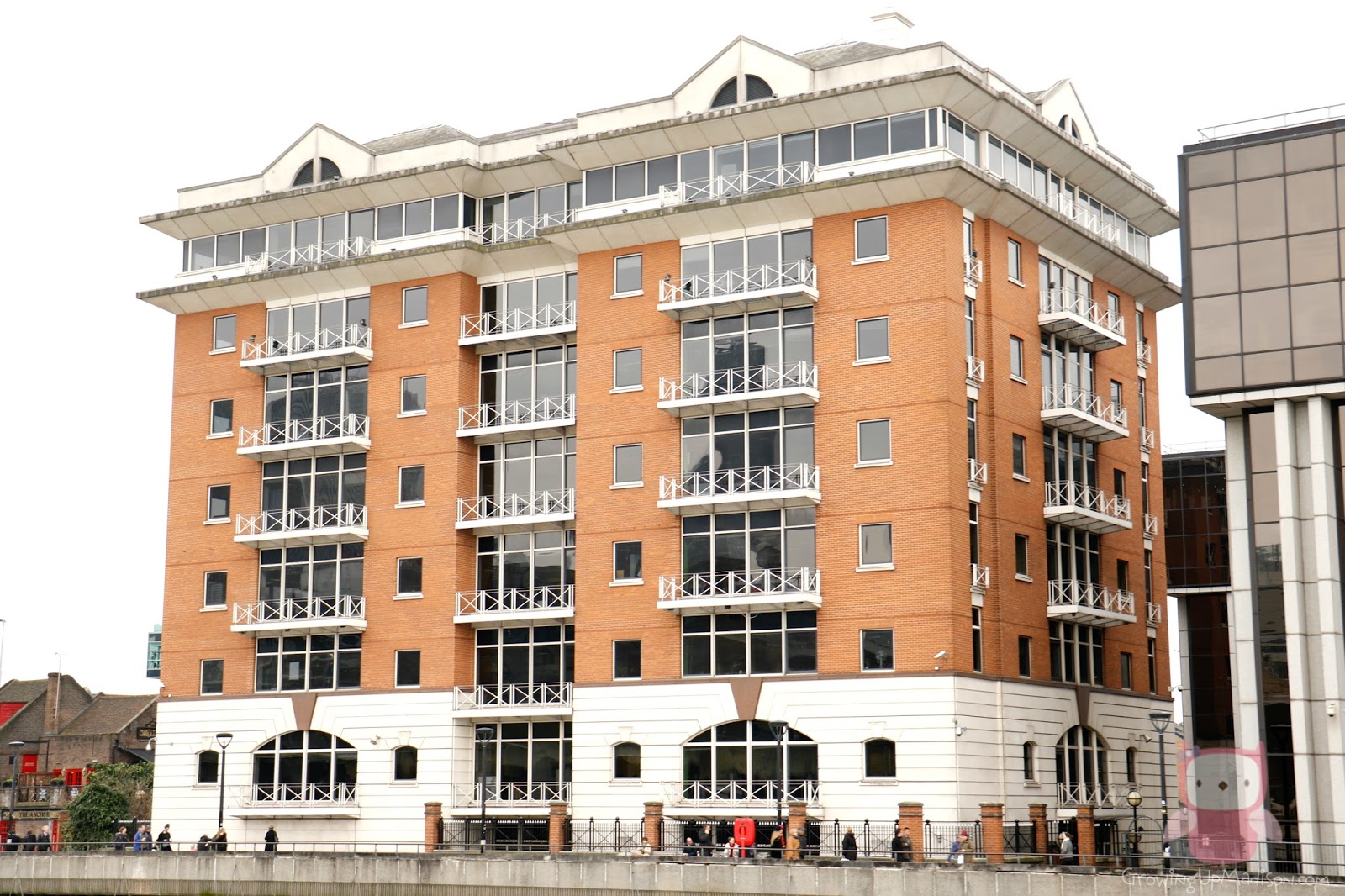 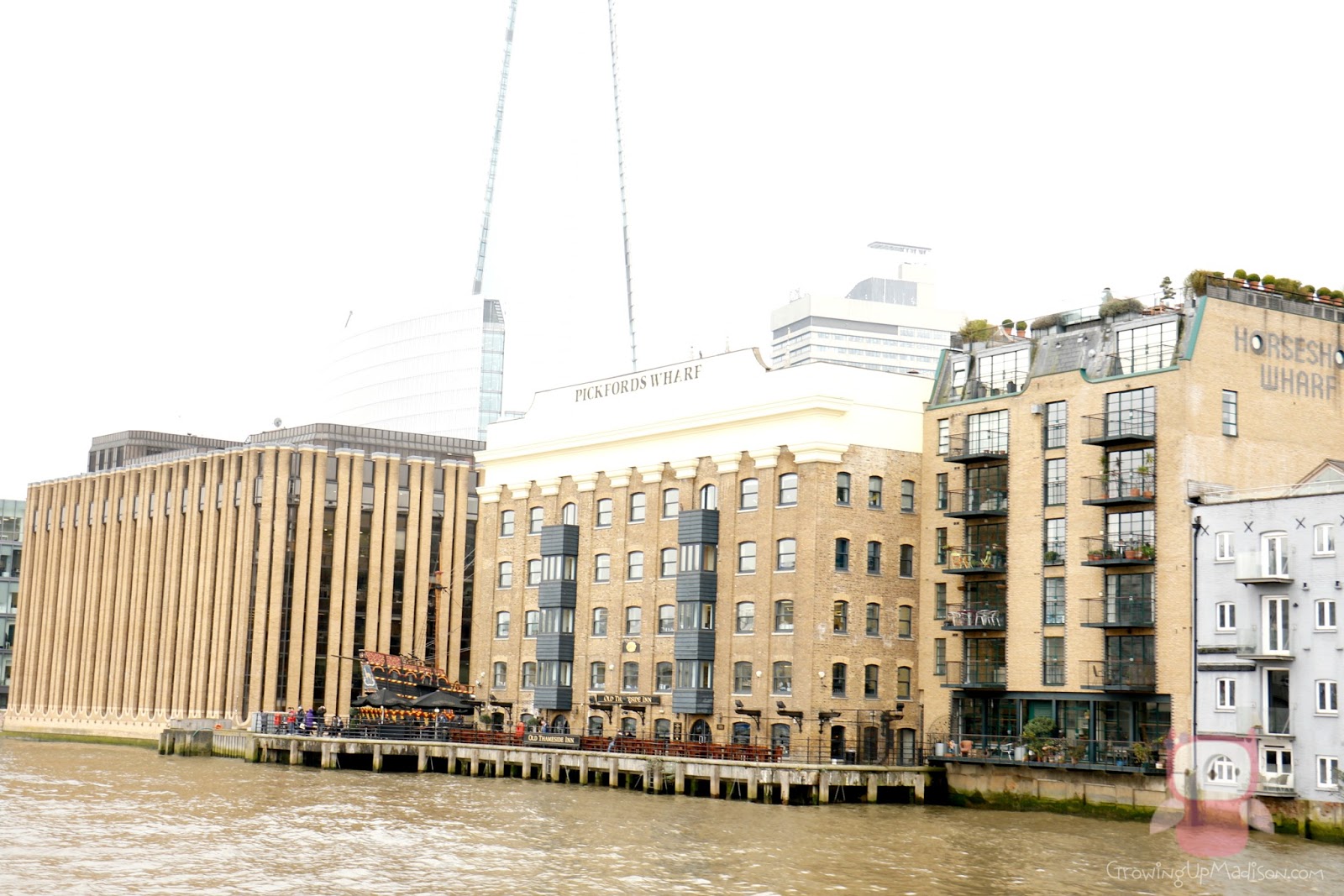 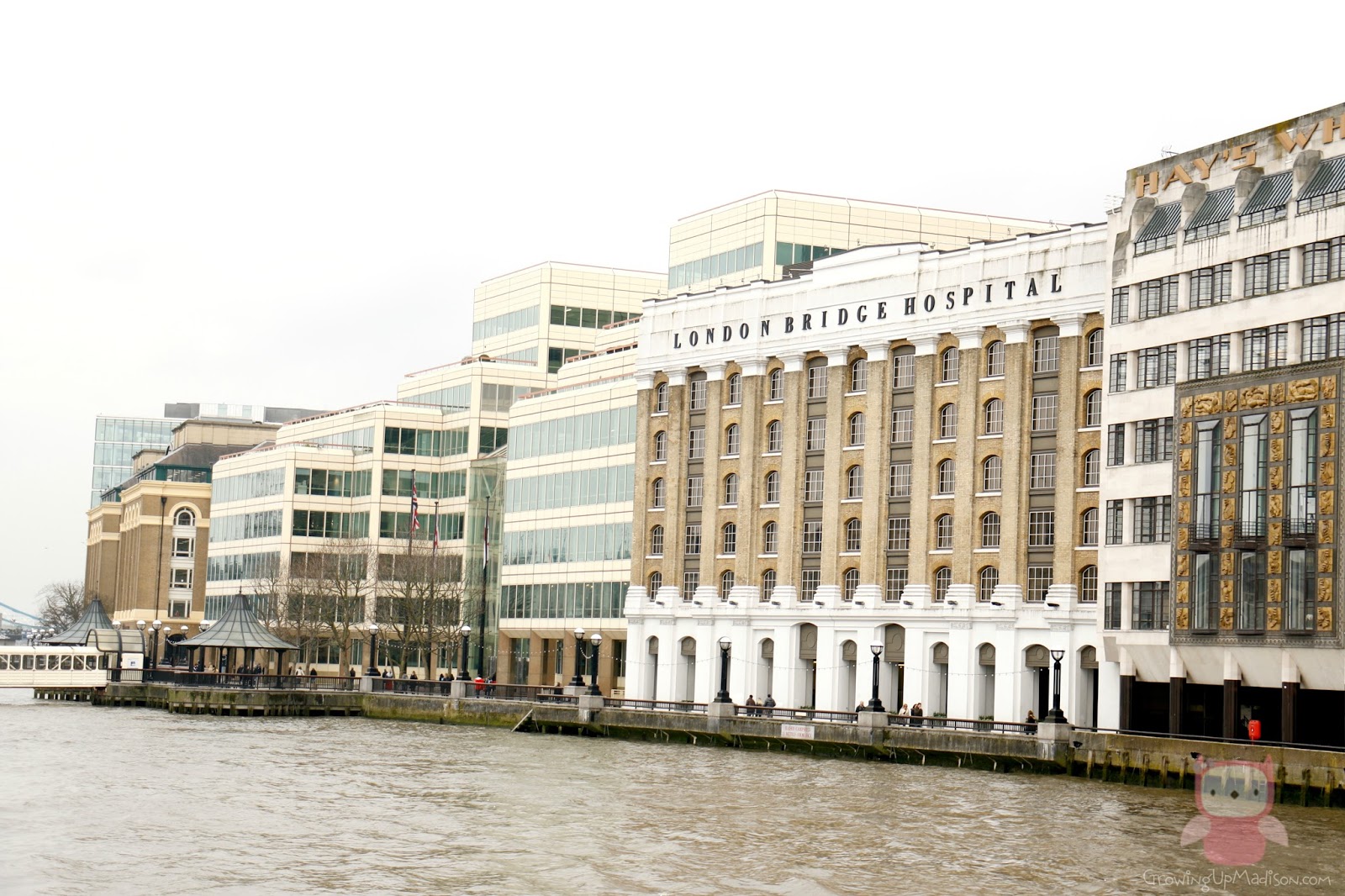 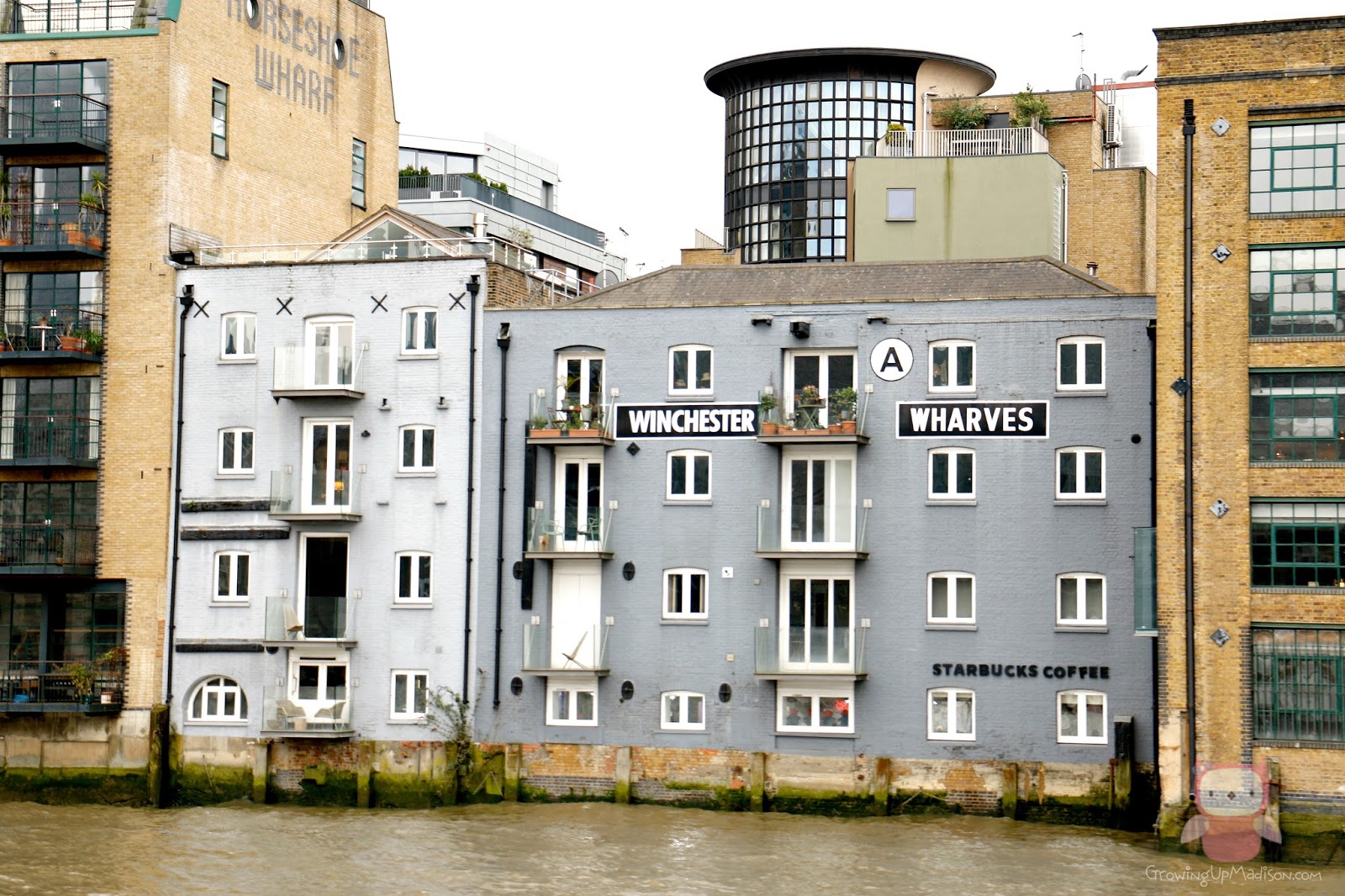 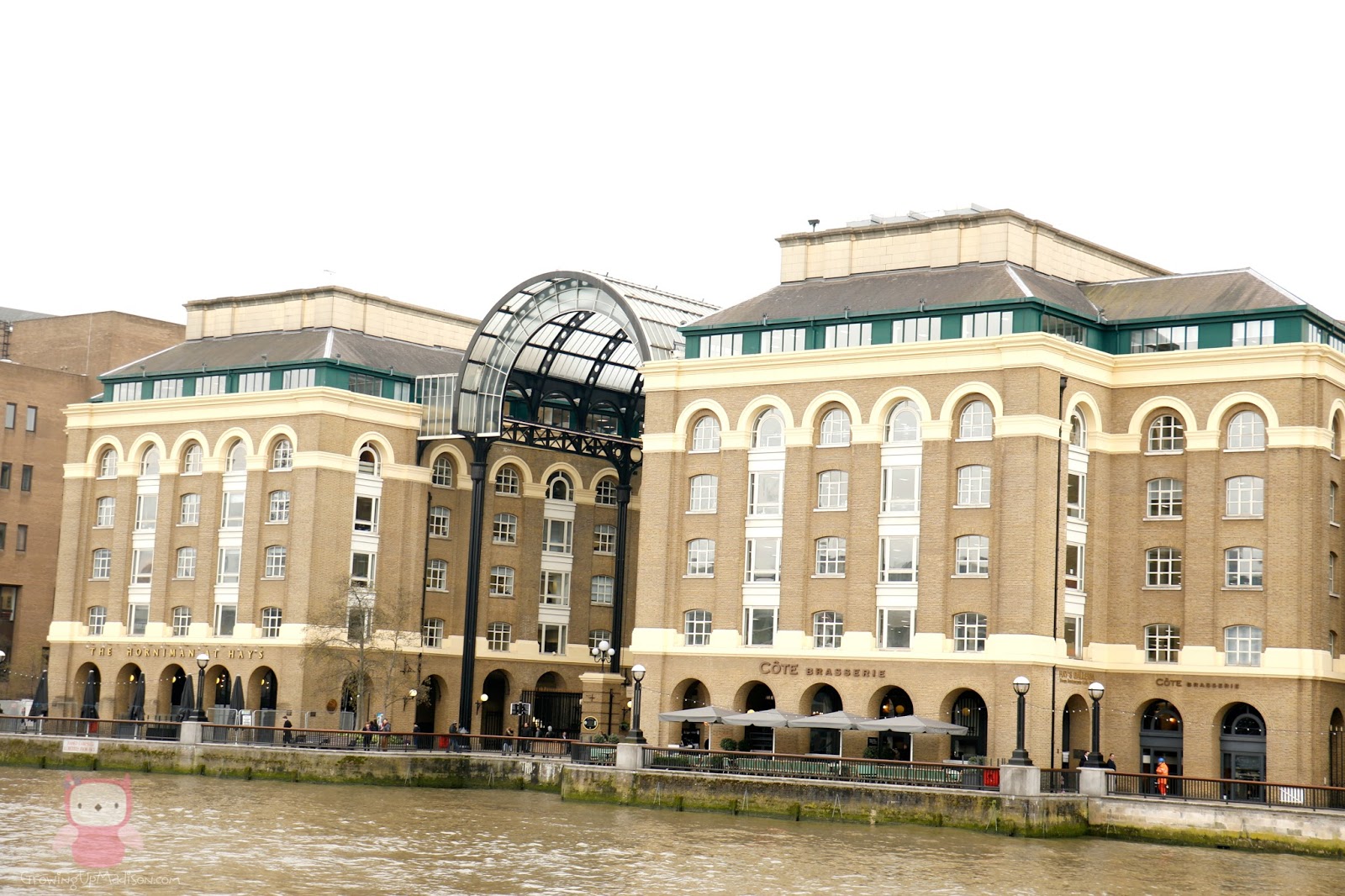 The highlight of our cruise, however, was seeing the Tower Bridge. Built in 1894 and quite possibly one of the most iconic bridges in the world, it is 800 feet long and crossed by at least 40,000 people daily. The bridge opens up to allow river traffic and I was hoping to see that but unfortunately, that didn’t happen. The details on the bridge were astounding and just show how much the British take pride in their architectural work. Just before the Tower Bridge is the HMS Belfast, a British Navy, Light Cruiser, now turned into a museum. From what we were told, everything still works on it so it can be activated at any time. 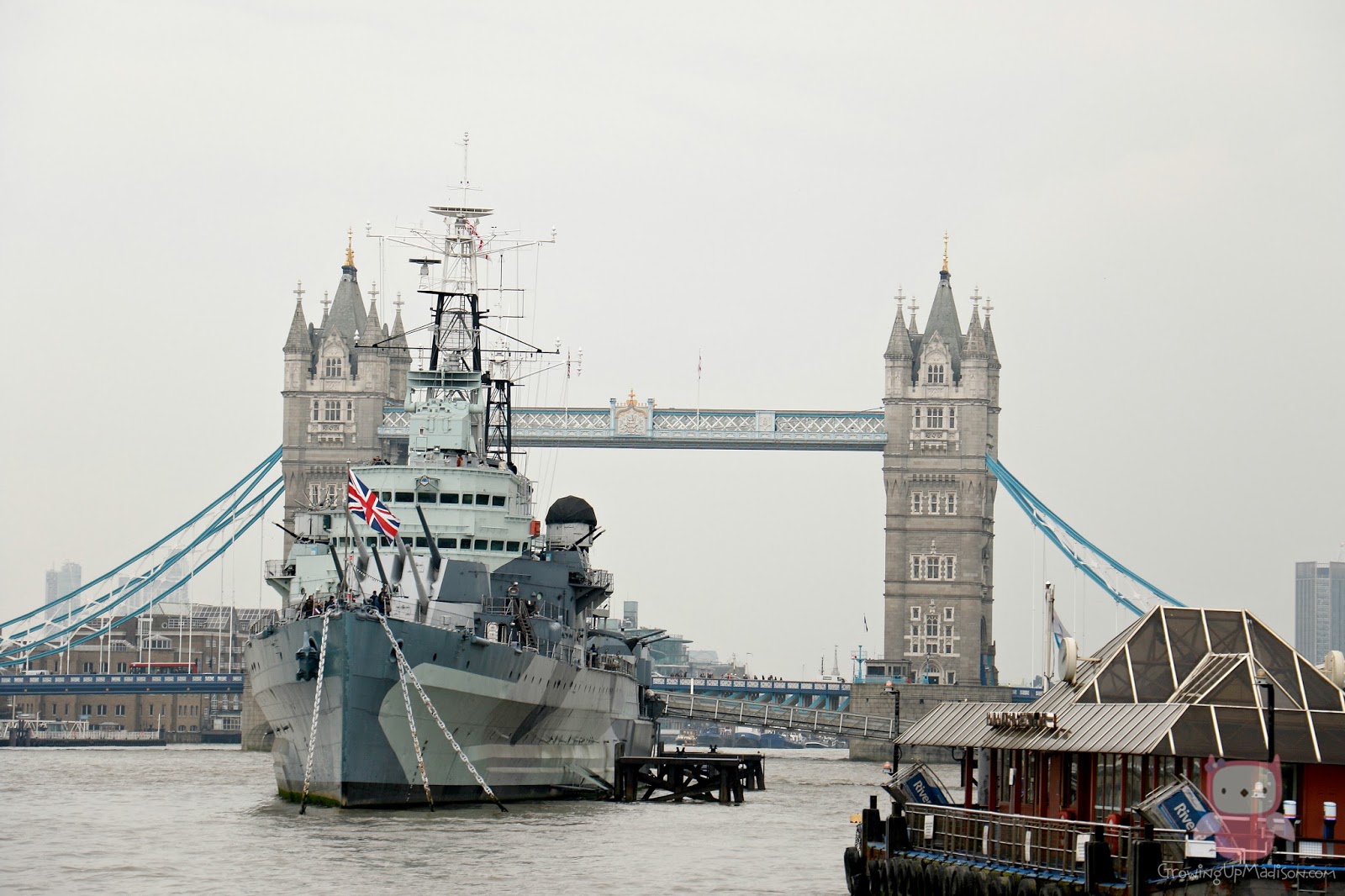 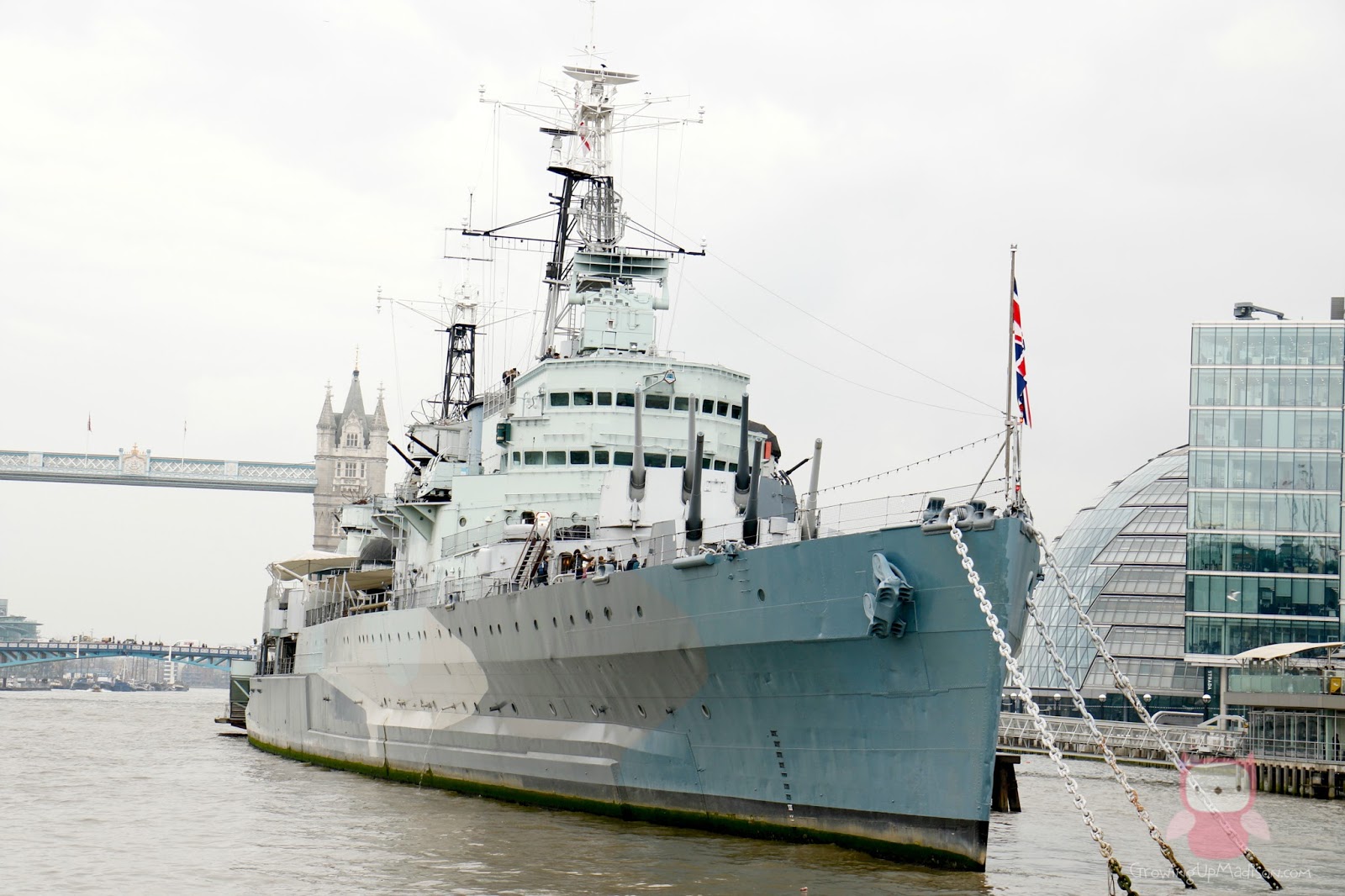 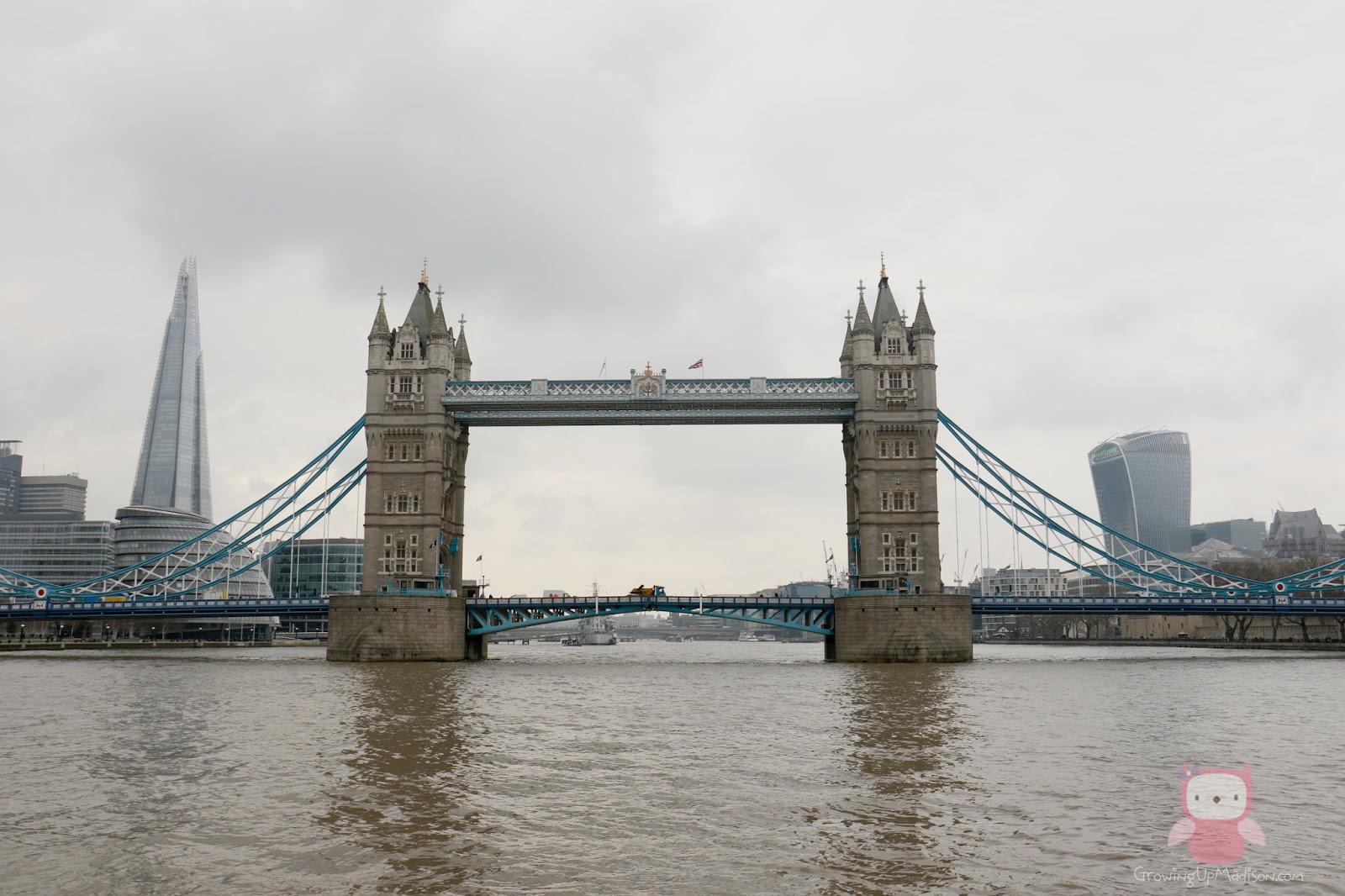 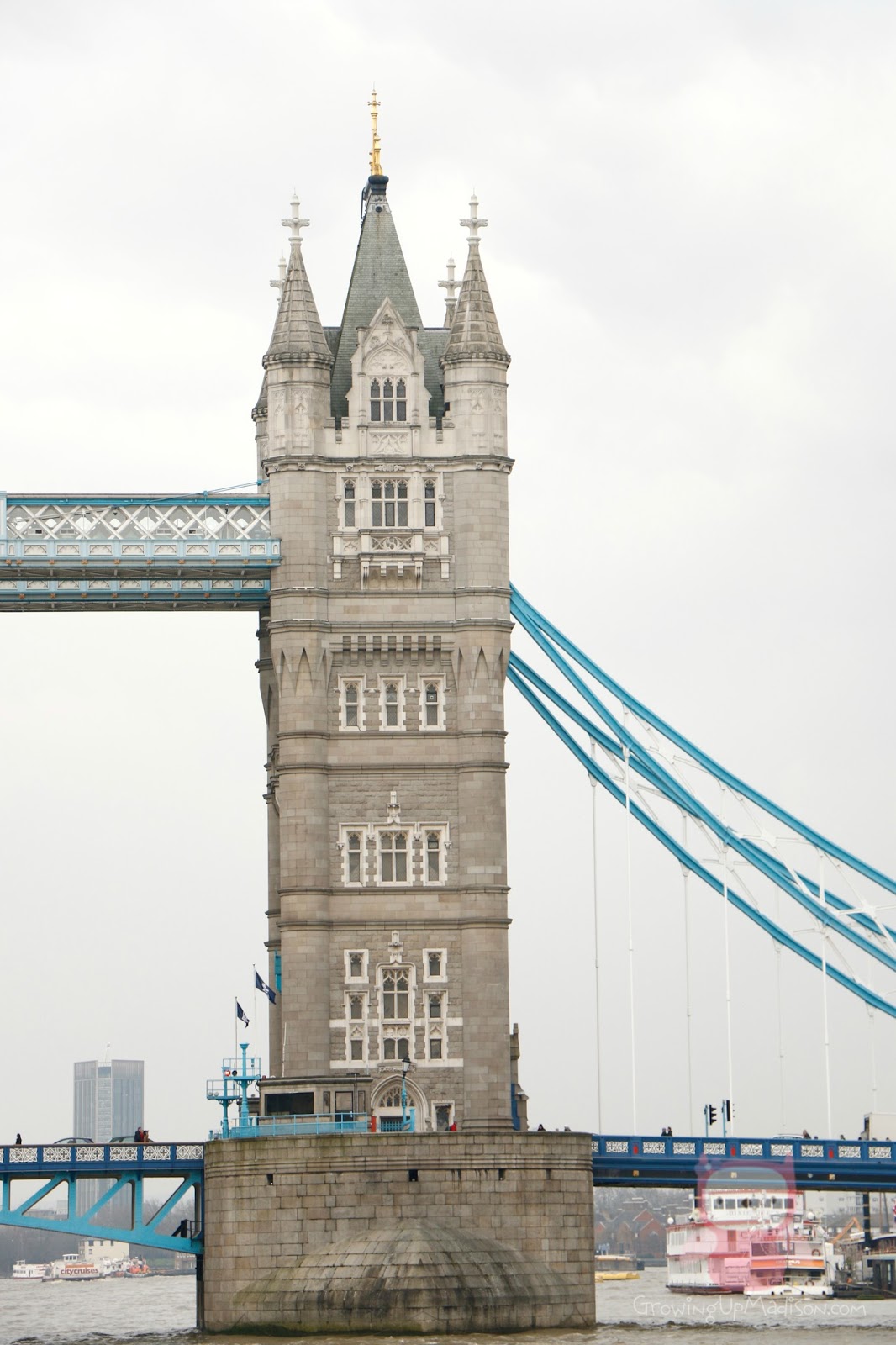 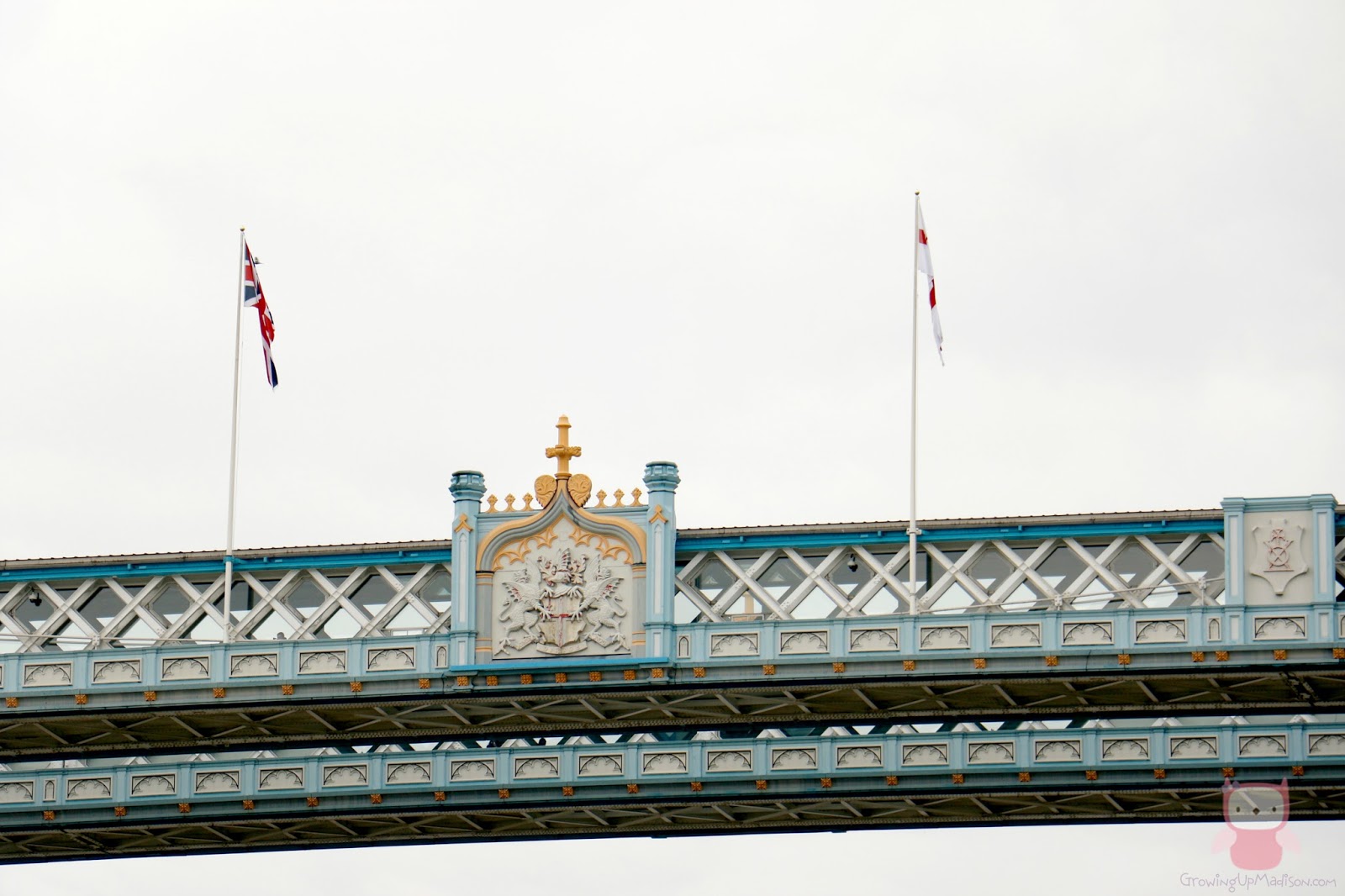 We had an incredible time on our London Eye River Cruise along the Thames River and while I had a great deal more photos to share with you, I think I’ve already overloaded you today. So whenever you’re in London or decide to take a trip to London, I highly suggest taking an excursion on the London Eye River Cruise.

Let’s discuss: What do you most want to see on your visit to London?