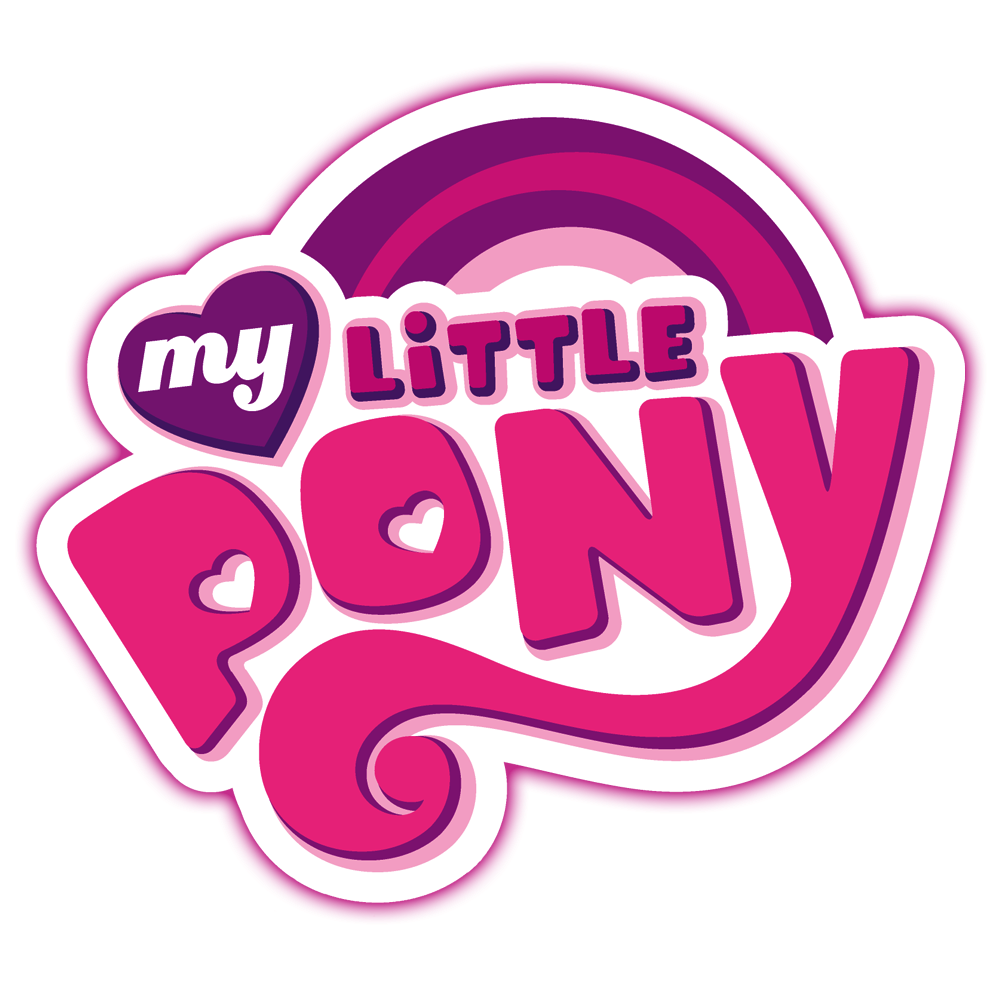 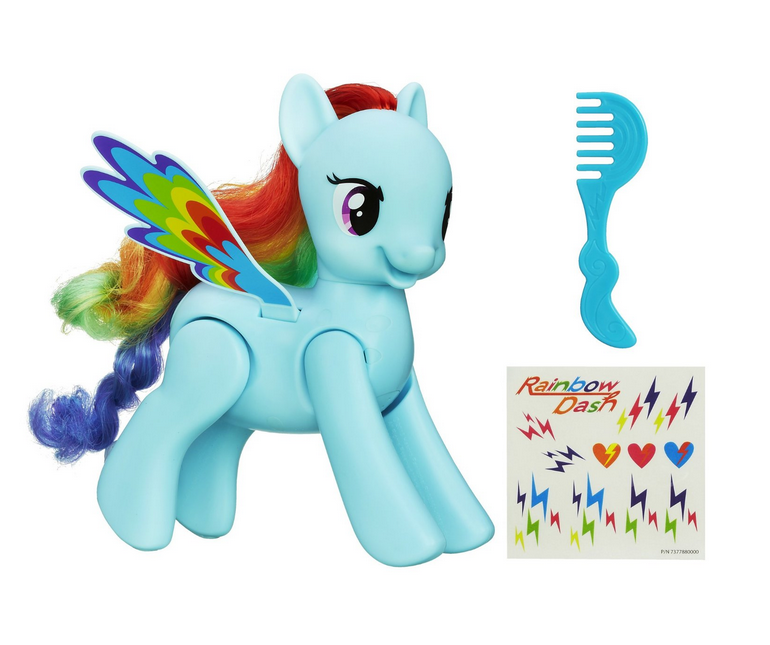 My Little Pony Flip and Whirl Rainbow Dash comes with 1AAA battery already included, comb and rub on stickers for you to decorate however you please. One thing that I must commend Hasbro for has been their packaging. They are so easy to open that if you have an impatient toddler, opening would be a breeze. No scissors required. 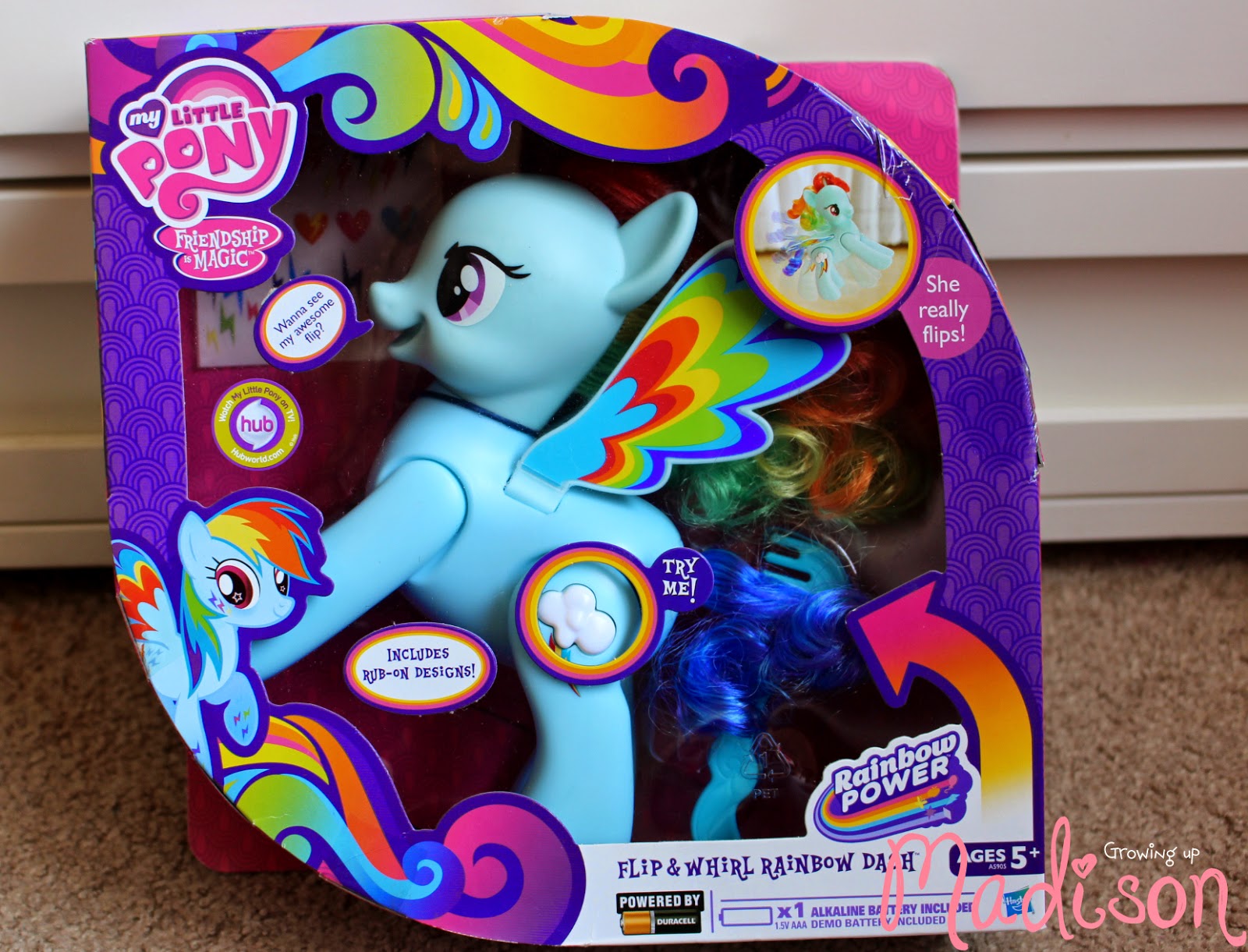 If you’re not familiar with Rainbow Dash, she’s the more adventurous and daring of the ponies and is famous for her acrobatics which is why I love her, and just as the names suggests she does a flip for you. You just sit her down and watch her flip. She does a countdown and then flips so you won’t be surprised. Her wings do flap as well making her look even more animated.

It took some time for me to figure out how to get her to flip. Maybe that’s why it’s recommended for ages 5+. There is a video at the end of my review that shows you exactly what she does.

The first thing I did do though once I got her out of the box was start combing her mane. She has the most beautiful colorful mane, just like the rainbow. 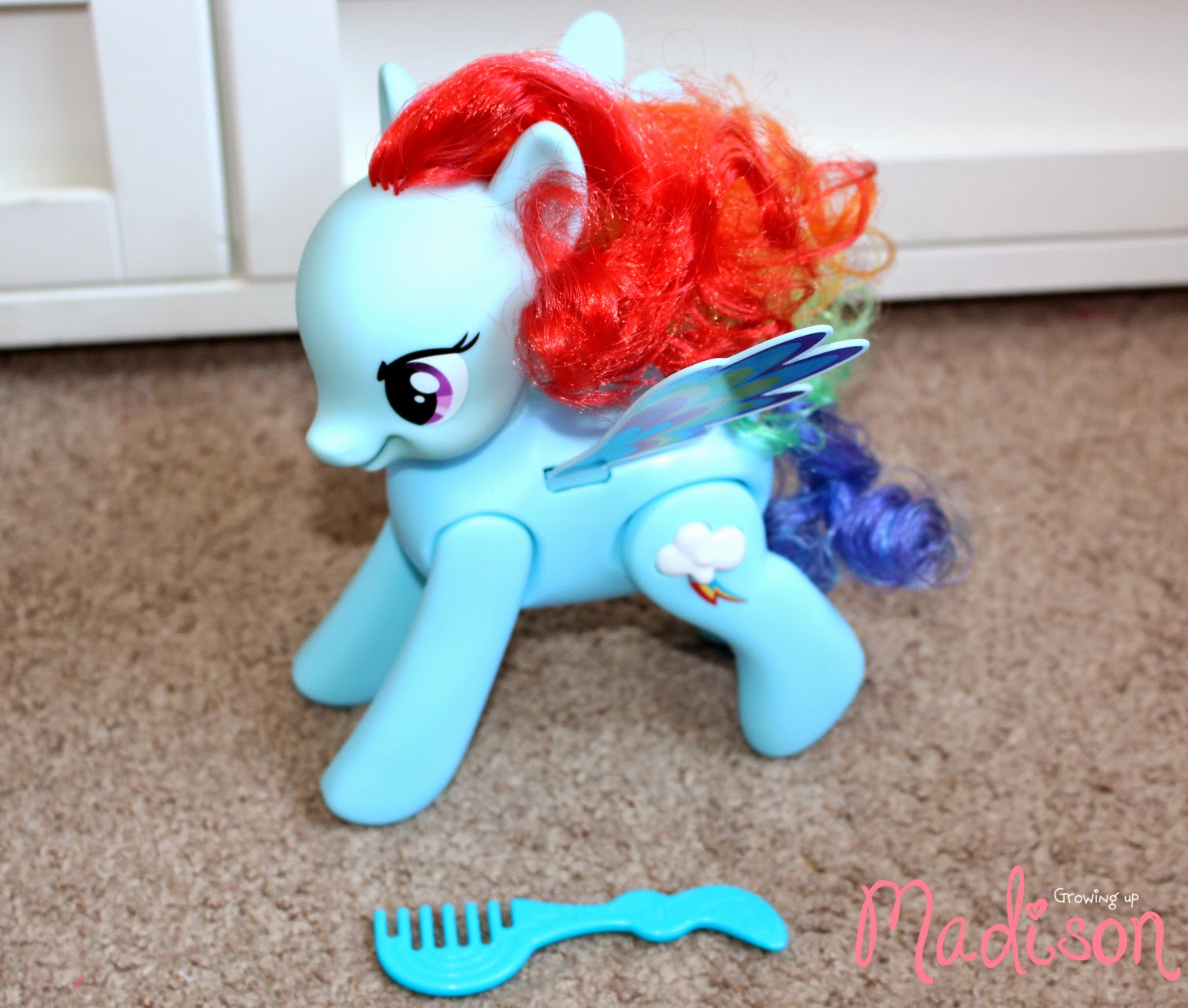 Besides flipping, she does talk to you. Press that button on her side and listen to her talk away. She has quite a few phrases including, “I’m Rainbow Dash, wanna see my awesome flip?”, “Sit me down and watch me flip”.  I had quite some fun just pressing on her cutie mark and hearing her talk. 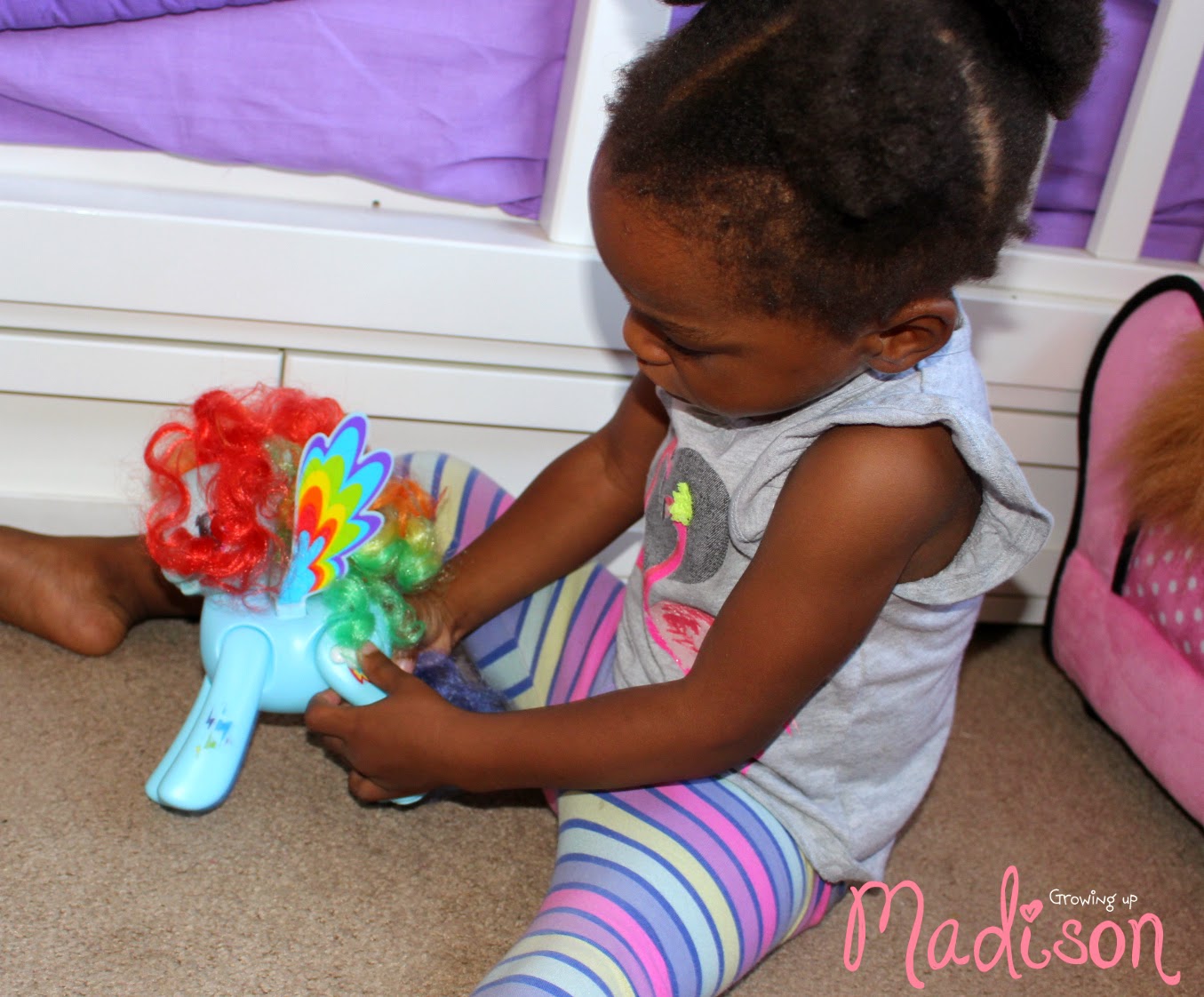 While the My Little Pony Flip and Whirl Rainbow Dash may be a bit difficult to maneuver for little ones she is still a lot of fun. Moms and dads may need to get hands on and teach those younger than 5 how to get Rainbow Dash to do that perfect flip, but those younger than 5 would also have a lot of fun just pretending that she’s flying, listening to her talk by pressing on her cutie mark, combing her beautiful rainbow colored mane and even decorating her body with the included press on stickers.

I had a lot of fun playing with my Flip and Whirl Rainbow Dash and I know your little one would too. She definitely gets my TWO TINY THUMBS UP!

The My Little Pony Flip and Whirl Rainbow Dash is currently available for purchase at the suggested price of $19.99 at the Hasbro Toy Store, Amazon, Walmart, Kmart and ToysRUs. She makes the perfect birthday, Christmas or anytime gift.