I was born on January 24th in the year 2012, that means that I have a birthday coming up and I’m going to be 3. While there are no plans for a big birthday celebration this year there will of course be cake. That being said I have celebrated every Christmas differently since the year of my birth. In 2012 I celebrated with my family in my home state of Colorado. 2013 I once again celebrated with family in Canada and in 2014 I celebrated Christmas on the beautiful island of St. Vincent and the Grenadines. I can surely tell you that Christmas on the island is much different that Christmas in the US. I don’t just mean the nice weather with no snow. I’m talking about the sights, the activities and of course the people.

The Christmas celebration begins approximately 9 days before the 25th of December with a celebration that they like to call Nine Mornings. Nine Mornings are held in different parts of the country and it’s a celebration of food and music. Now there’s a reason why it’s called Nine Mornings. Nine meaning that it starts officially 9 days before Christmas Day and Mornings because it starts as early as 4am. Yes they get out of their beds and make it into the city or wherever it is being celebrated. Consider it one big party.

Mommy and I decided to take a trip into the city to get a few necessities on our second day in St. Vincent and it was a sight to behold. Lots of local fruits, although my grandma had a few of them right there in her very own backyard. I even got to enjoy my first coconut direct from the coconut instead of out of a can. 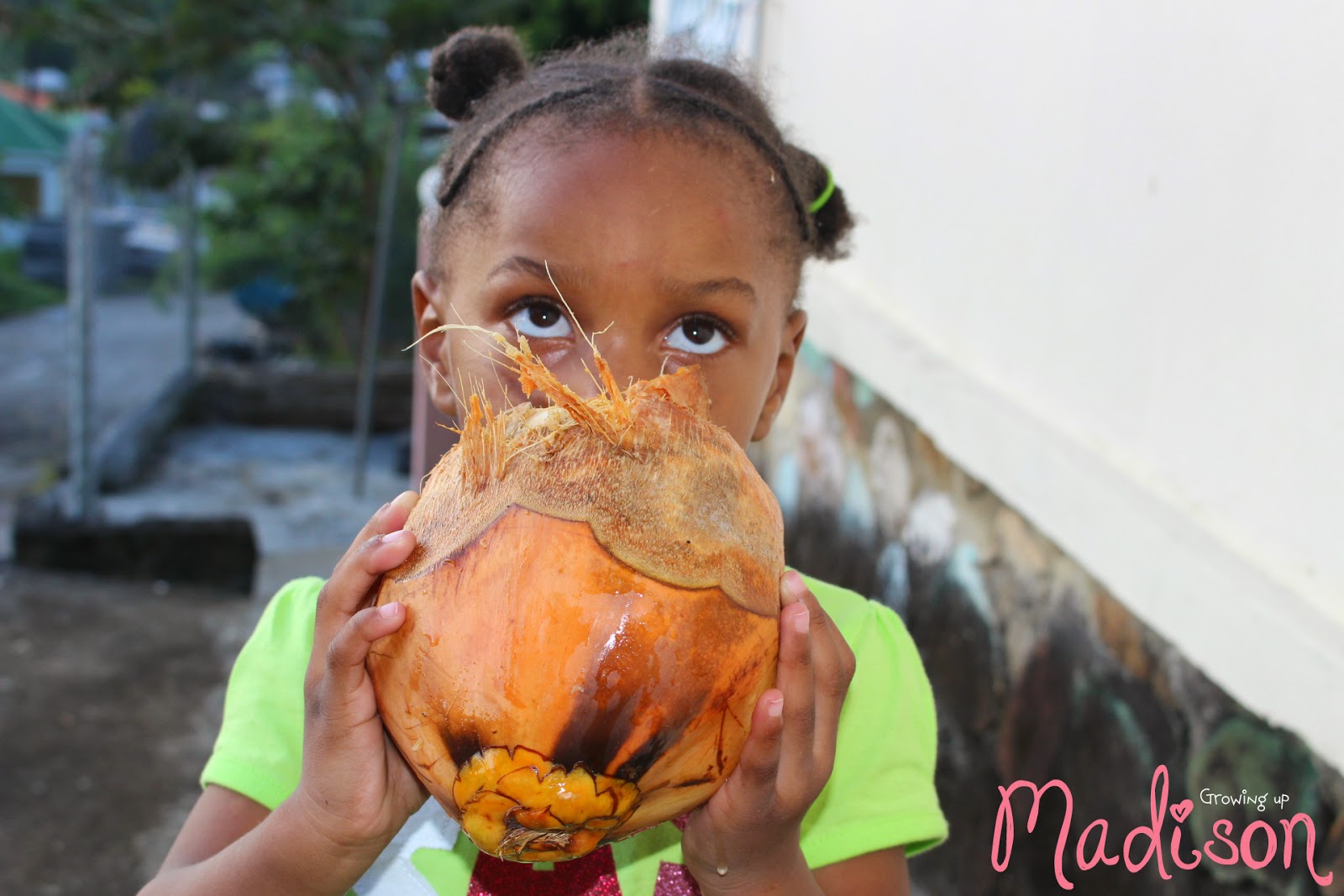 Now the way that you take transportation in the Caribbean is a lot different than you do in the US. There is no mass transit like the buses and trains. There are however minivans going to different parts of the country. You simply stand at the side of the road where the designated bus stops are and wait until one goes by. They are usually pretty regular and the fare is different as well. Where my grandma lives it costs us $1.50EC which is less than $1US to get into the capital of Kingstown where the stores and supermarkets are. 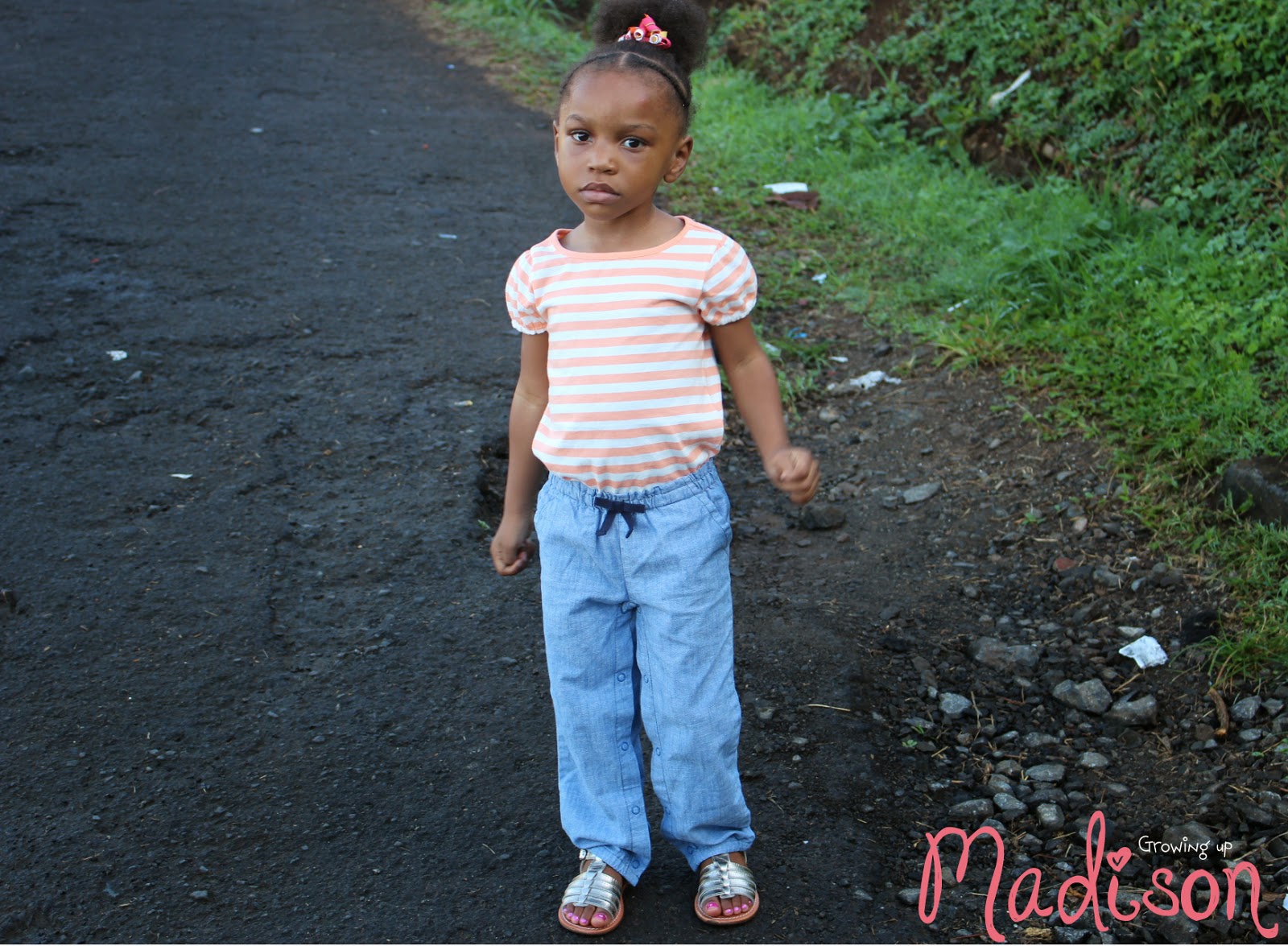 The city was busy with people running around doing their shopping to get ready for Christmas. There was even live entertainment to be found in the city. Mommy decided to stop for a few minutes to take in the sound.

Before we left the city I got to see a police officer not only in uniform but directing traffic. While I occasionally see police officers in Colorado, they never ever direct traffic so it was something new for me. 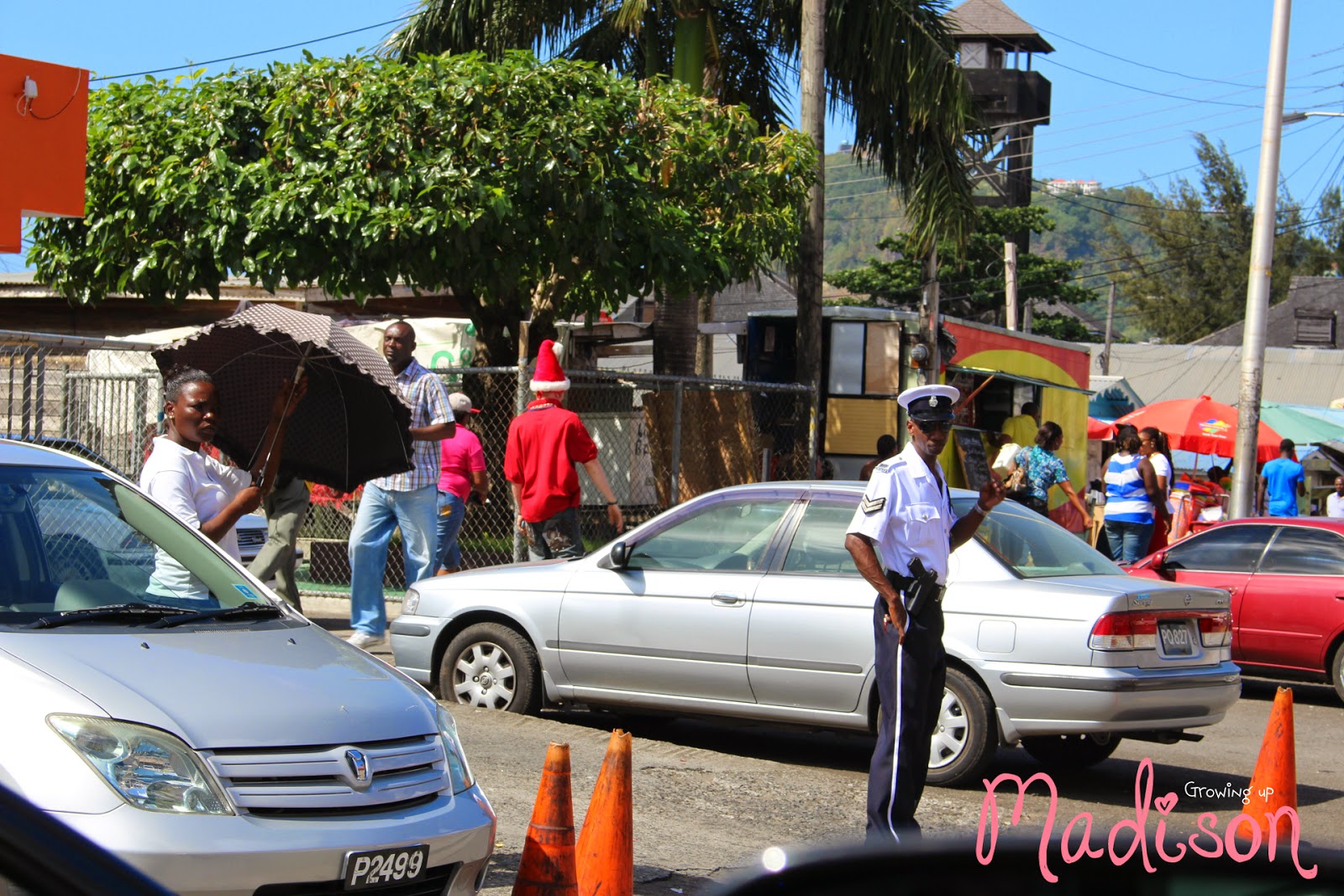 Christmas in St. Vincent and the Grenadines surely is different and one that I would love to do all over again. The sights, the sounds and the people are just too beautiful. 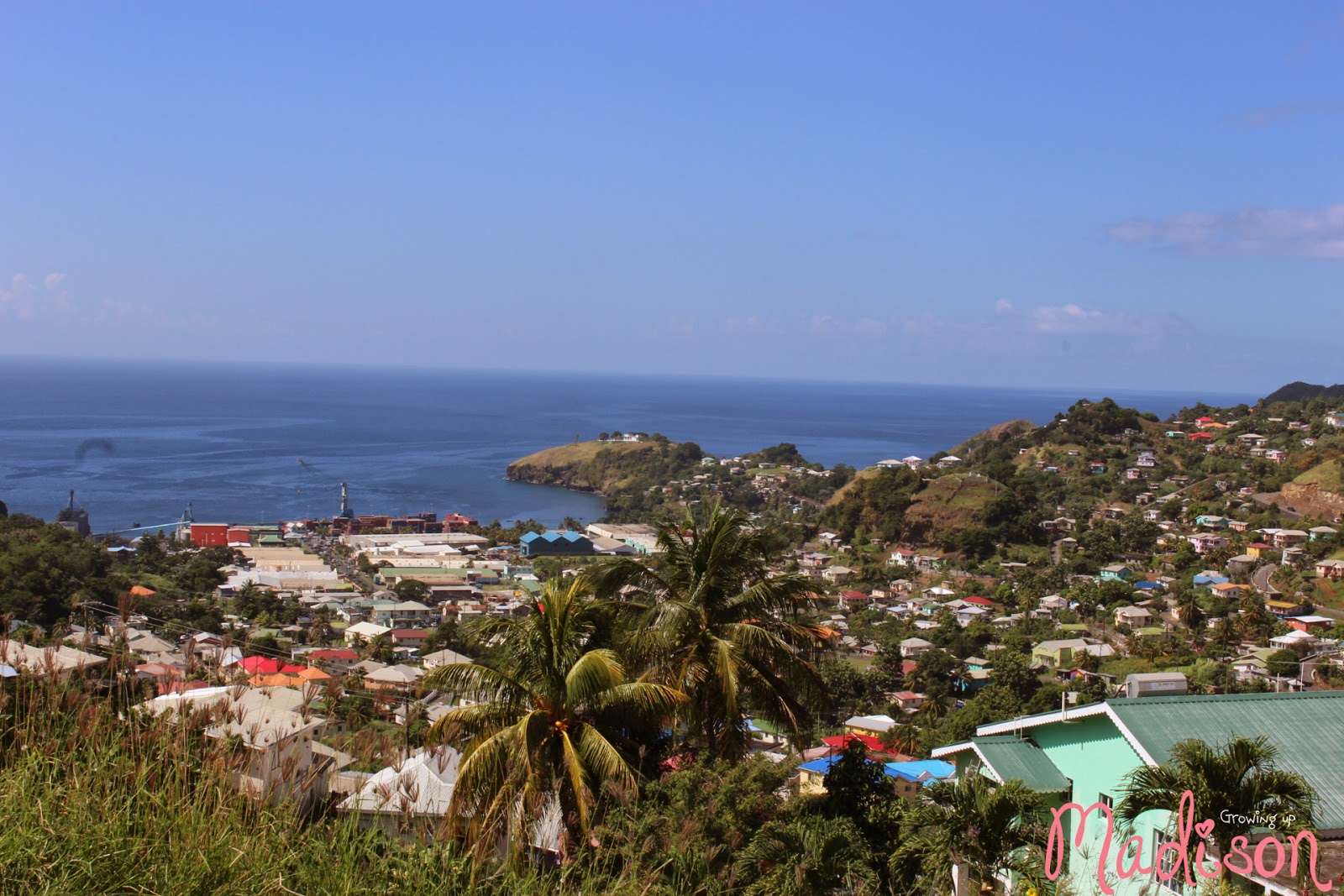 Here’s something to think about. The New York Times has listed St. Vincent and the Grenadines as one of the top 52 places to visit in 2015. They are actually number 12 on that list. So how about paying them a visit. I did and I loved it and I know you will too.

So how was your Christmas and do you spend it outside of the US?