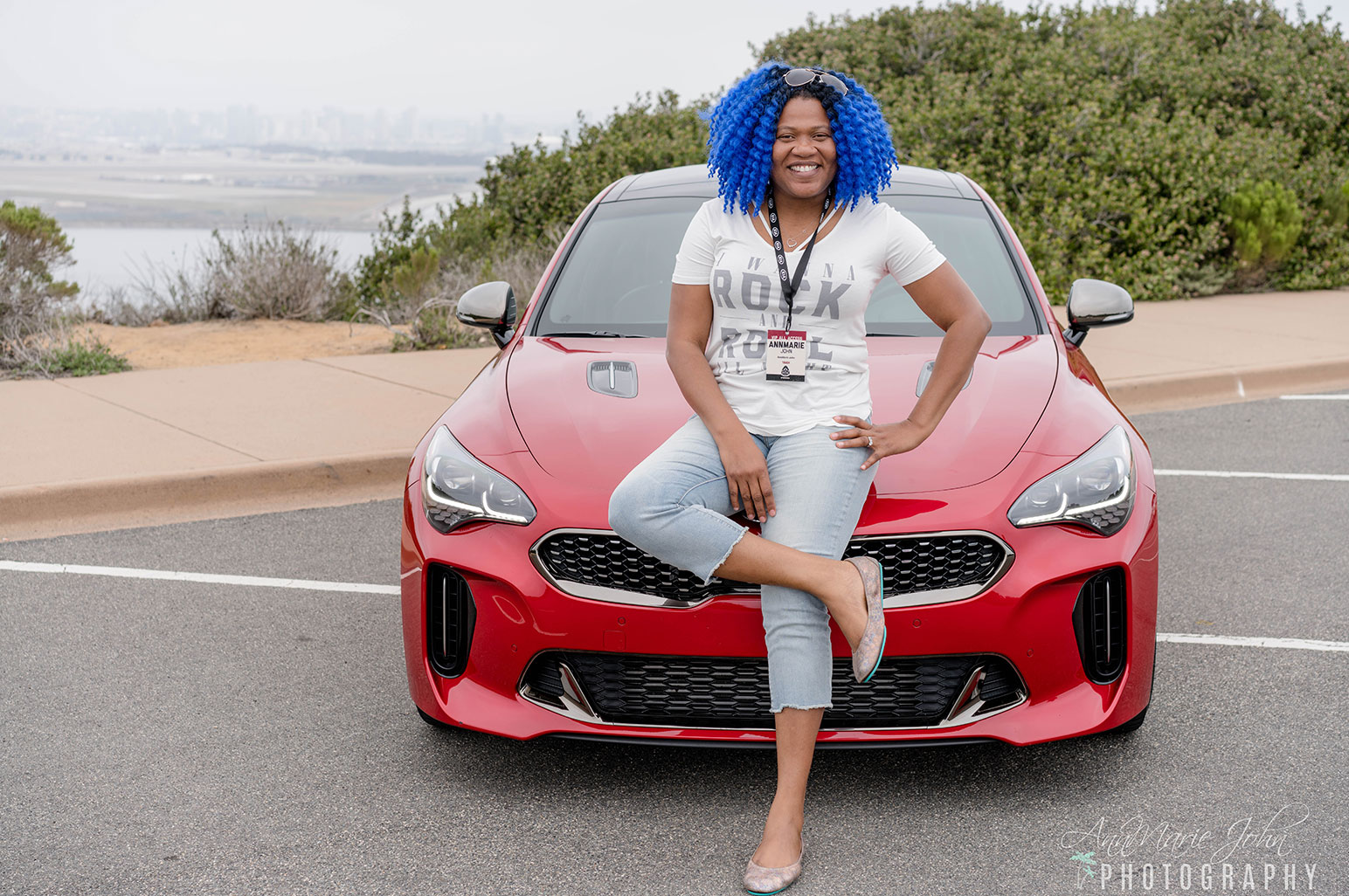 A few weeks ago I was pleasantly surprised when I got an invitation via email to visit San Diego with Kia Motors, and not only test drive their brand new Kia Stinger, but also learn more about the brand on a whole. While I don’t consider myself a car snob, before the event, I would personally NOT have considered Kia a brand that my household would enjoy driving. Have I changed my tune? Darn skippy!!

Thank you Kia for inviting me and showing me not just how a brand, but how a car brand woo the masses. 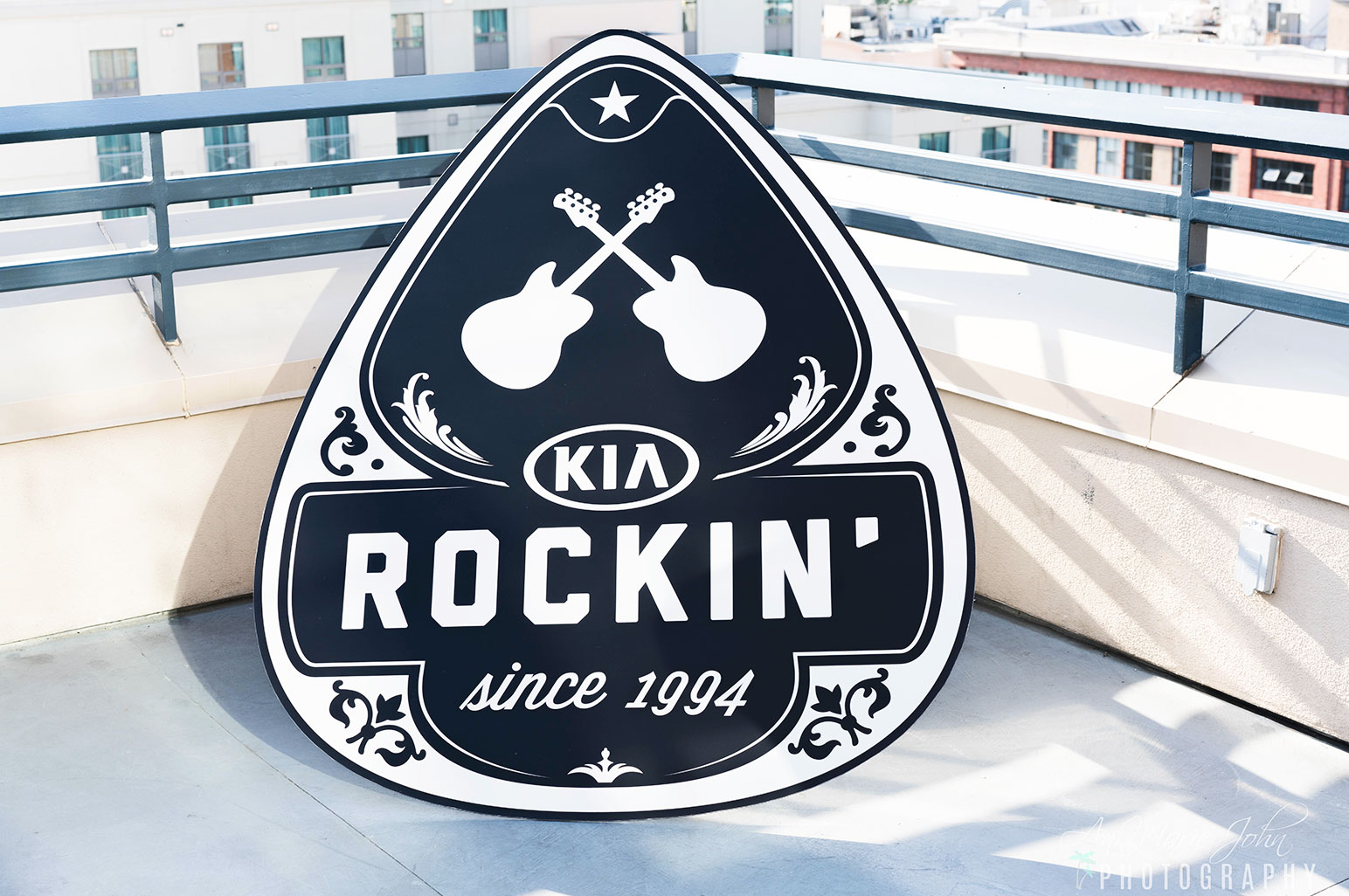 Let me first get this out of the way! I like to be open and honest with my readers, whether I got something for free or not. After all honesty is the best policy, right? Before I went to the Kia event, my opinion of Kia and their vehicles wasn’t always positive. As a family who only owns and drives German vehicles, I was of the opinion that Kia was a vehicle that you considered when you didn’t have a choice, because they were “cheap” and cheap to me meant the standard wasn’t up to par. 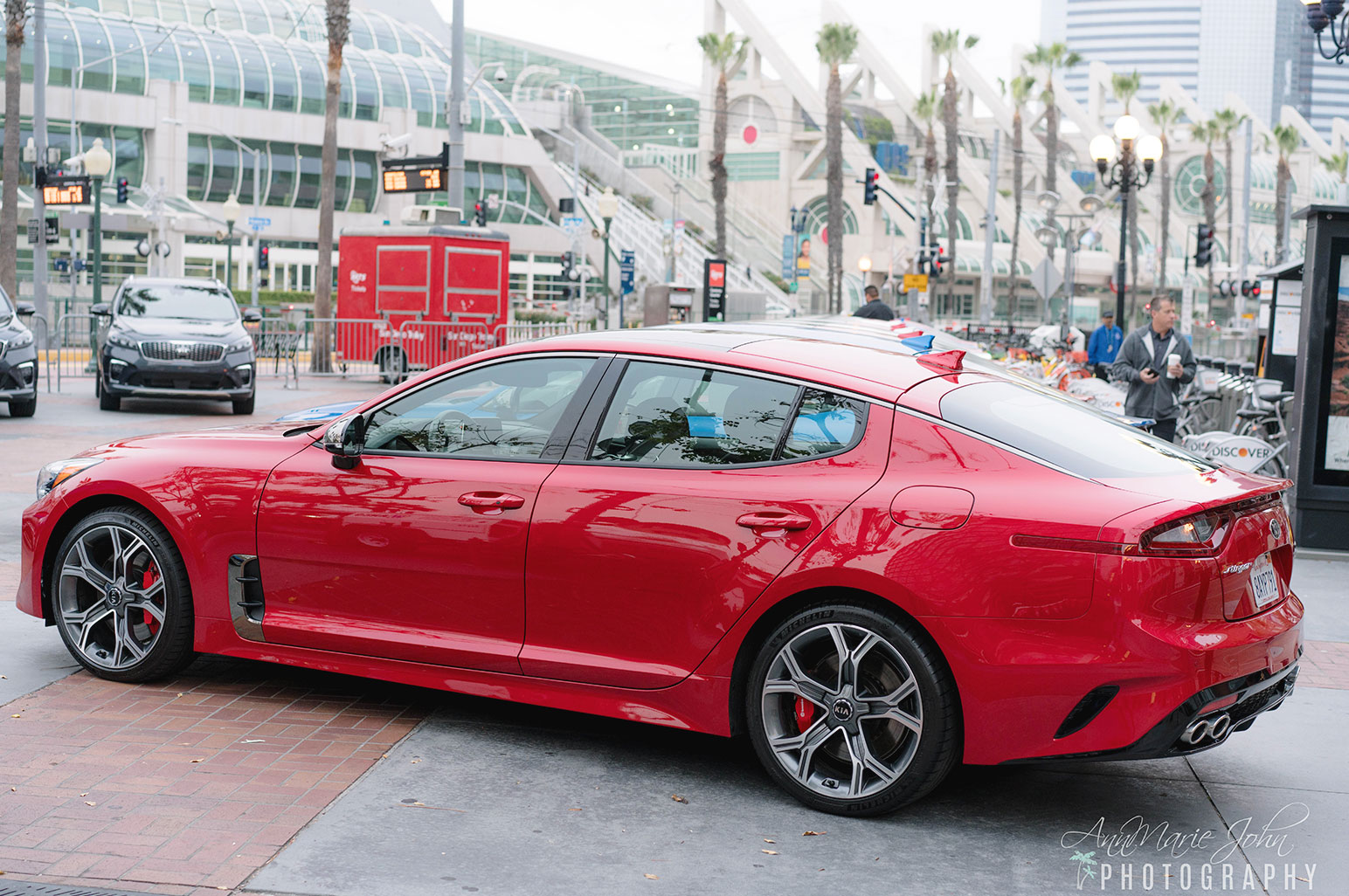 This event has changed the way I now think about Kia. Their openness about their start in the US, from ‘starting from the bottom, now they’re here‘, not having a single press come to their opening event, the way they have upped their game and have worked out the kinks and now have some of the leading vehicles in the car industry.

Did you know that Kia is the highest ranked brand in initial quality for the second consecutive year in a row and has received more awards than any other brand in the J.D. Power 2017 Initial Quality Study? 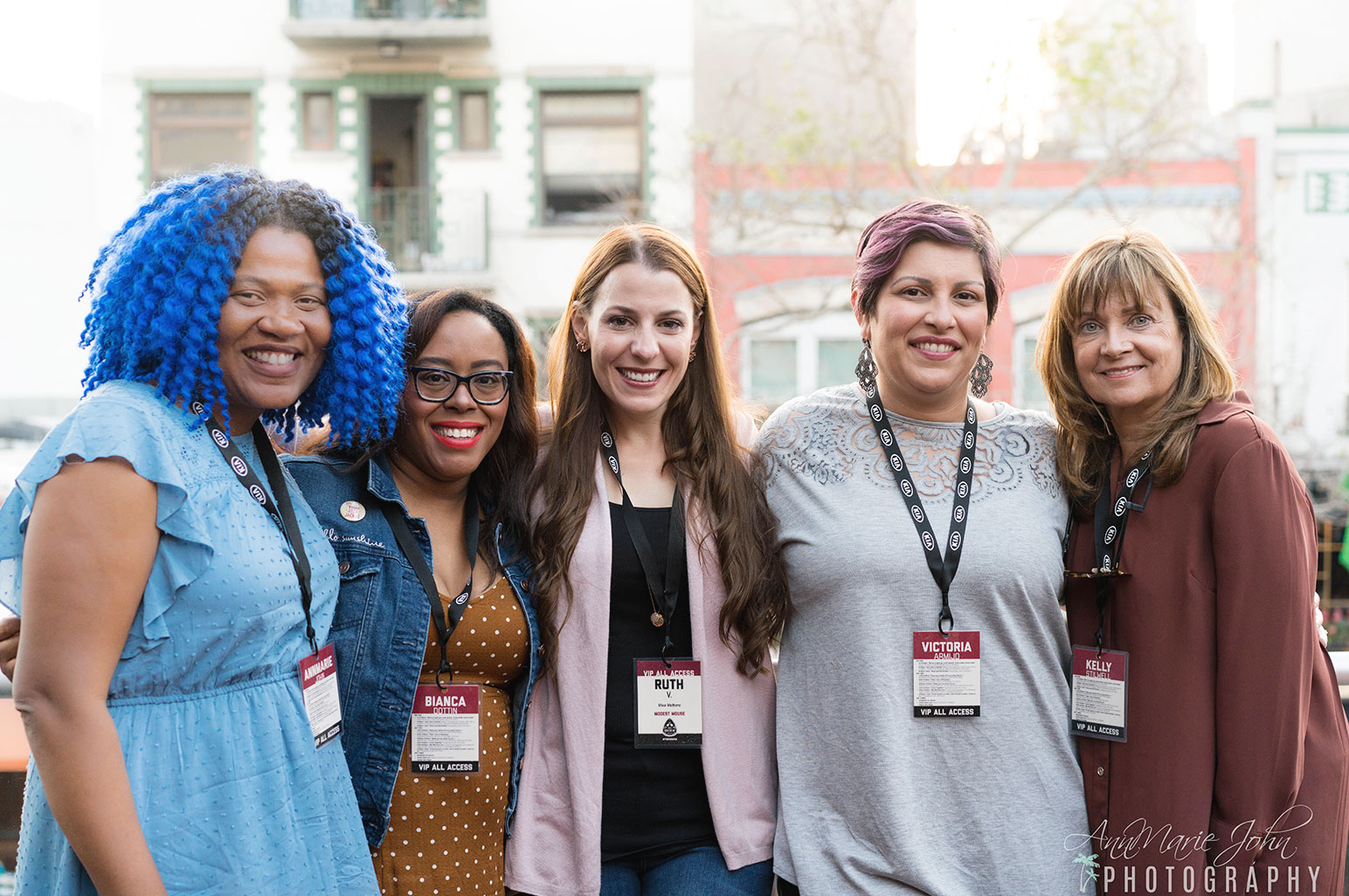 I have so much more respect for Kia Motors, the way that they embraced us bloggers and showed us how much fun driving a Kia vehicle can be. Because at Kia, their mission is to make vehicles that are loved by drivers, vehicles that have amazing style such as the Kia Stinger, outstanding performance, state of the art technology, and advanced safety features that we all want in our vehicles to keep our families safe. 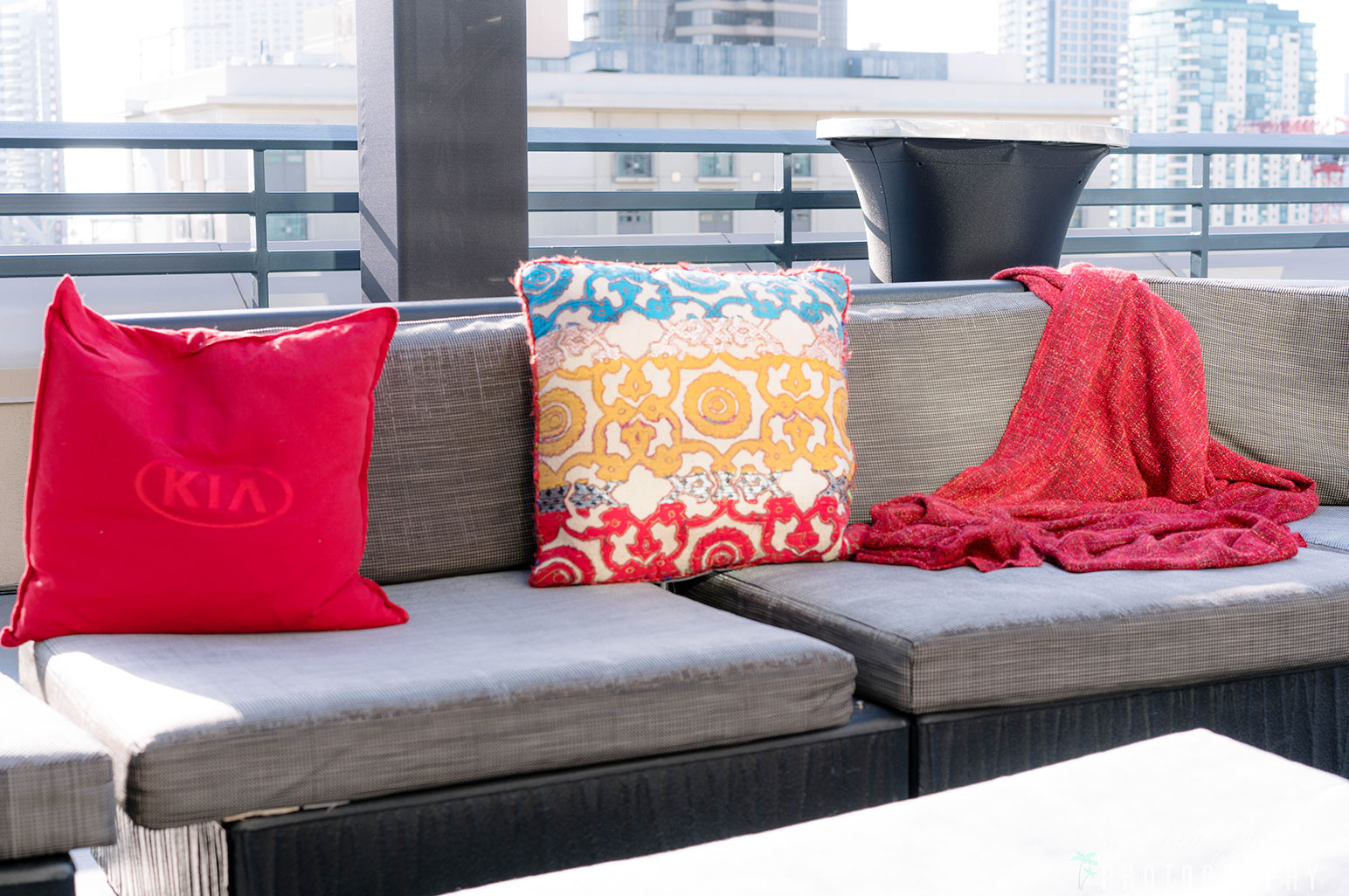 It’s good for you

It’s made by storytellers who choose to stand out 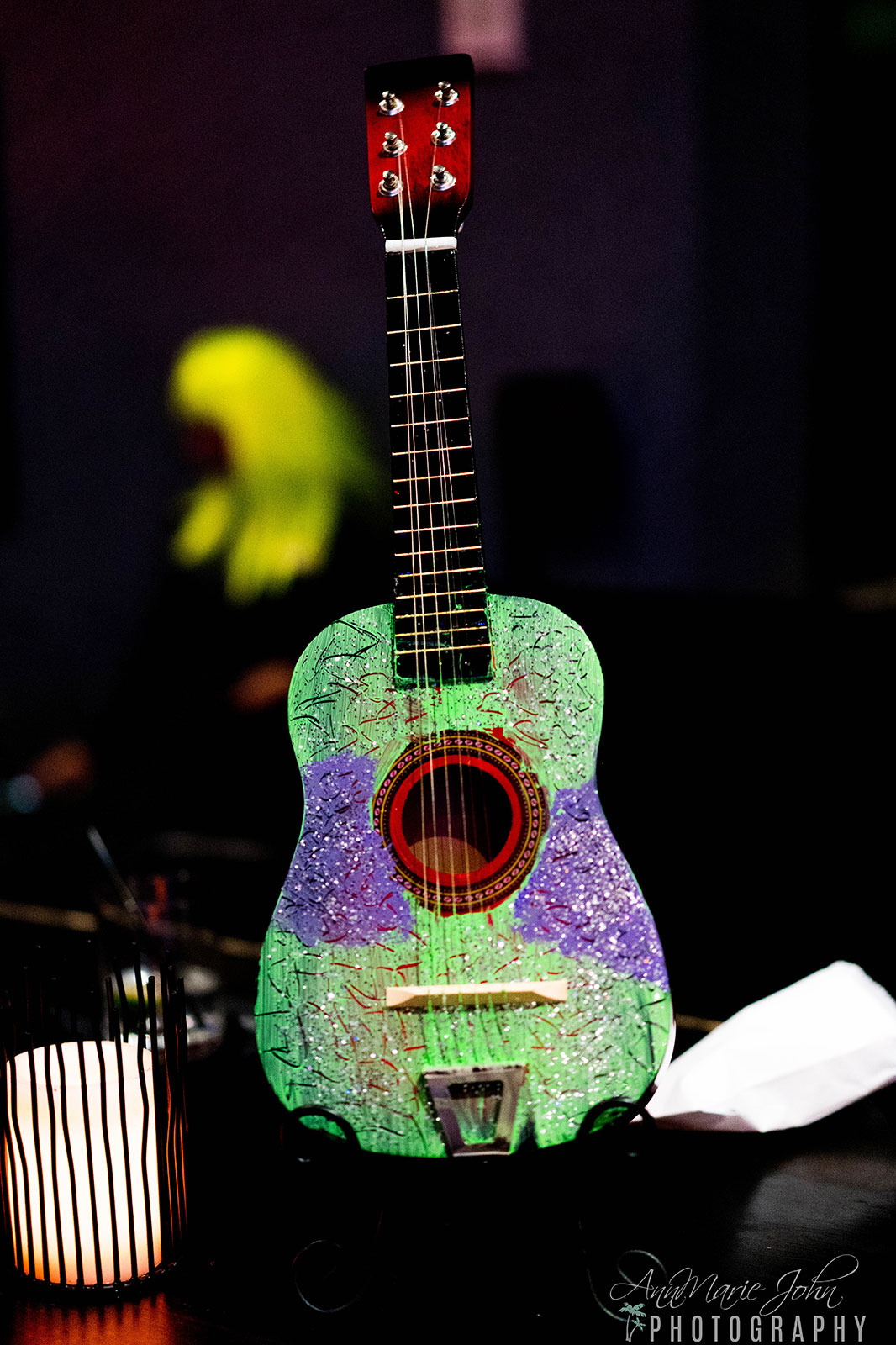 The event brought together influencers and Kia representatives together in a way that was not only enjoyable and entertaining, but educational as well.

Educational as in I learned:

Kia cares about our environment and our pockets so much that they are investing $12 Billion by 2020 to develop green car and autonomous driving technologies. They are currently testing partial and fully-autonomous vehicles on public roads right now in Nevada. There are also plans to reduce emissions and improve fuel economy by 2020.

The B.R.A.K.E.S (Be Responsible and Keep Everyone Safe) program, a 4hr driving session for teens and their parents that helps them to be more responsible drivers that Kia partakes in. Teen drivers accompanied by their parents get FREE, hands-on defensive driving training that teaches accident avoidances, distracted driving etc., while focusing on safe driving habits. 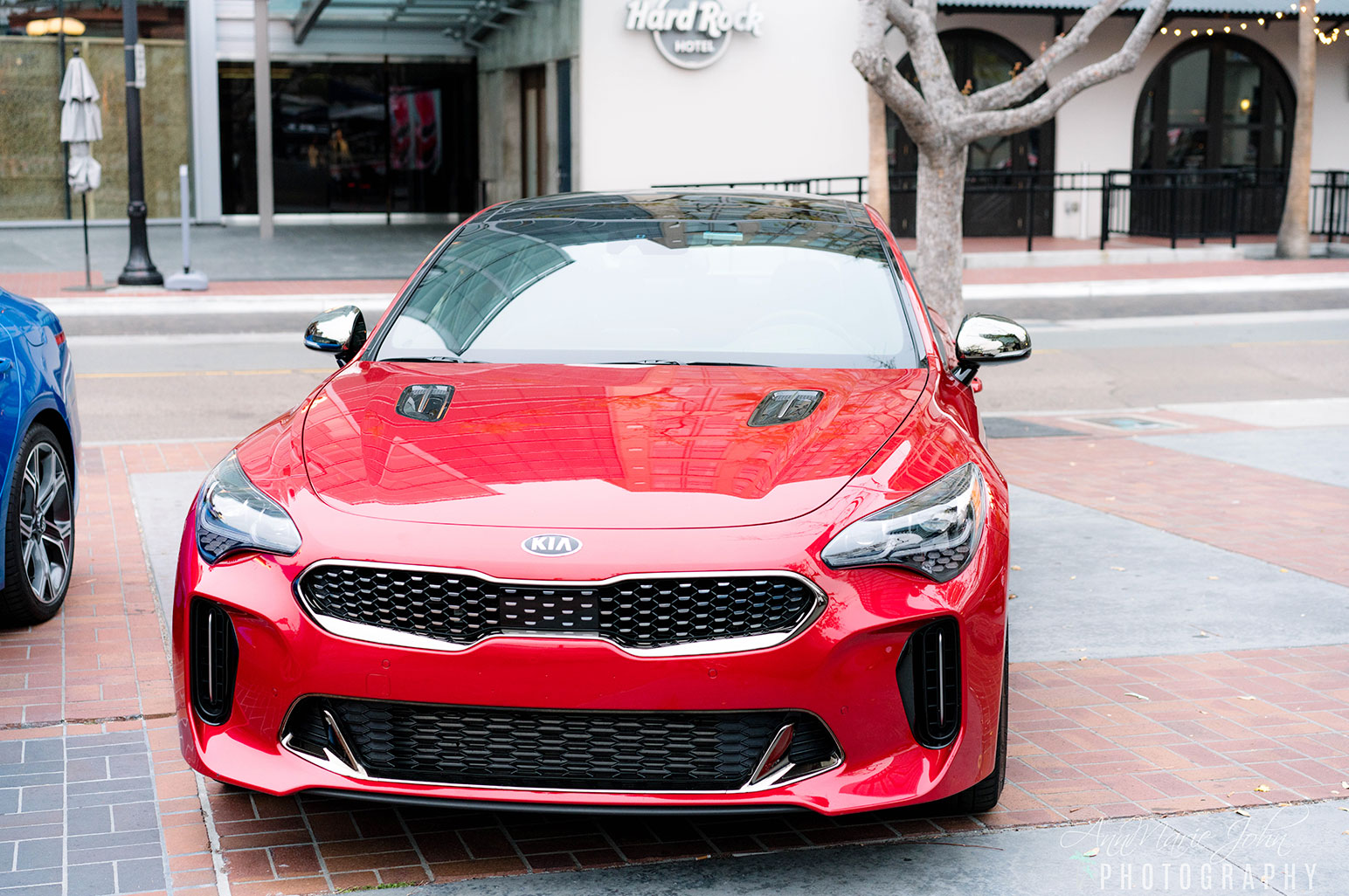 It was great to connect with fellow influencers in a relaxed environment. Not only did Kia provide entertainment, but also brought the food and the drinks, arts and crafts (where I created that awesome Ukulele above) and so much more. The night was filled with music, and not just from a live band, but from influencers creating their own music in the form of karaoke. We were all relaxed and a fantastic time was held by all. I meant it when I said “Ain’t no party like a Kia Party“. 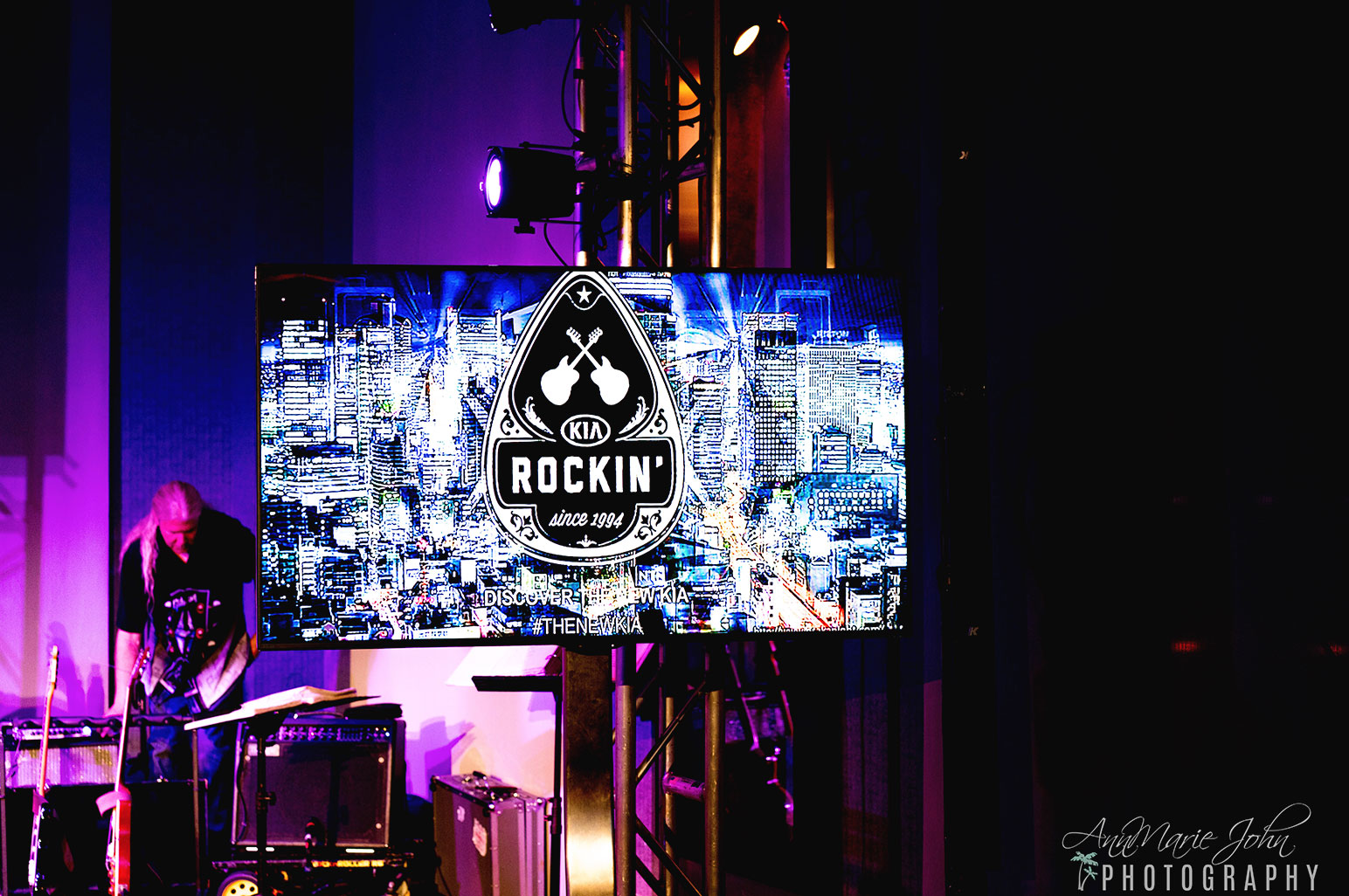 Friends were made, bonds were formed and I was truly impressed by all that transpired, but I was going to be even more so when we were formally introduced to the New Kia Stinger. 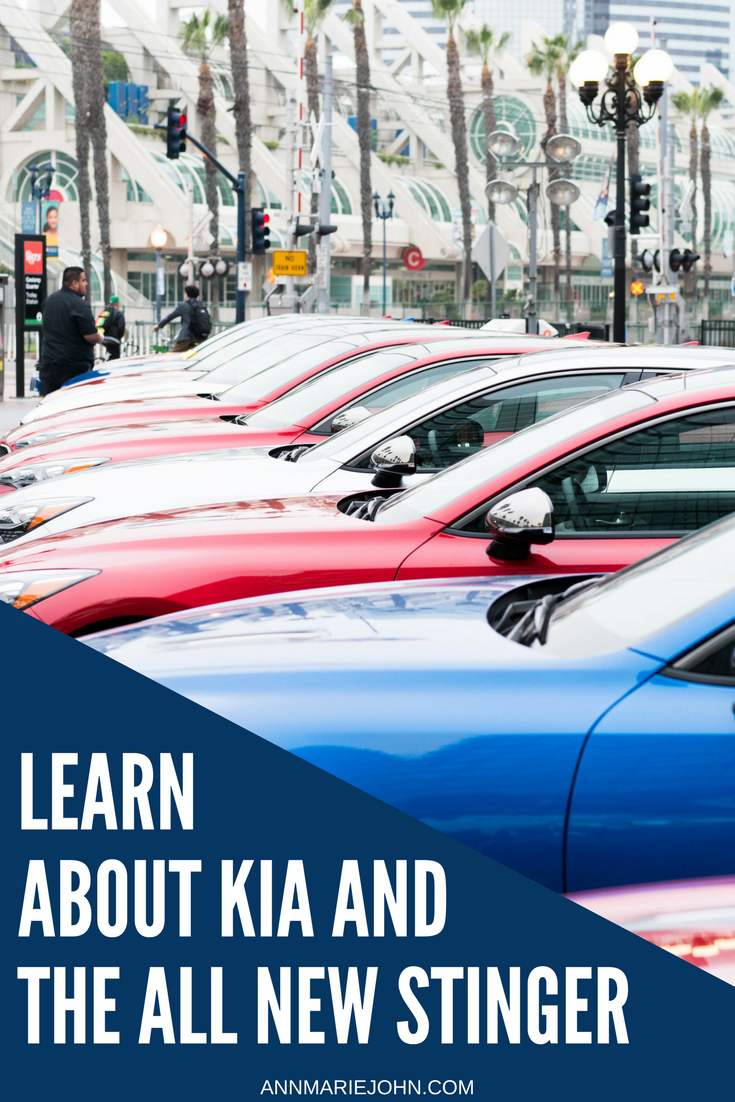 The Kia Stinger was designed in Frankfurt and developed on the Nürburgring circuit in Germany. It is also Kia’s first AWD (all-wheel drive) sedan with room for five and all your gear in the spacious trunk. This is one sexy beast and is available in a range of colors including my favorite, HiChroma Red.

A few things you might not know about the STINGER! 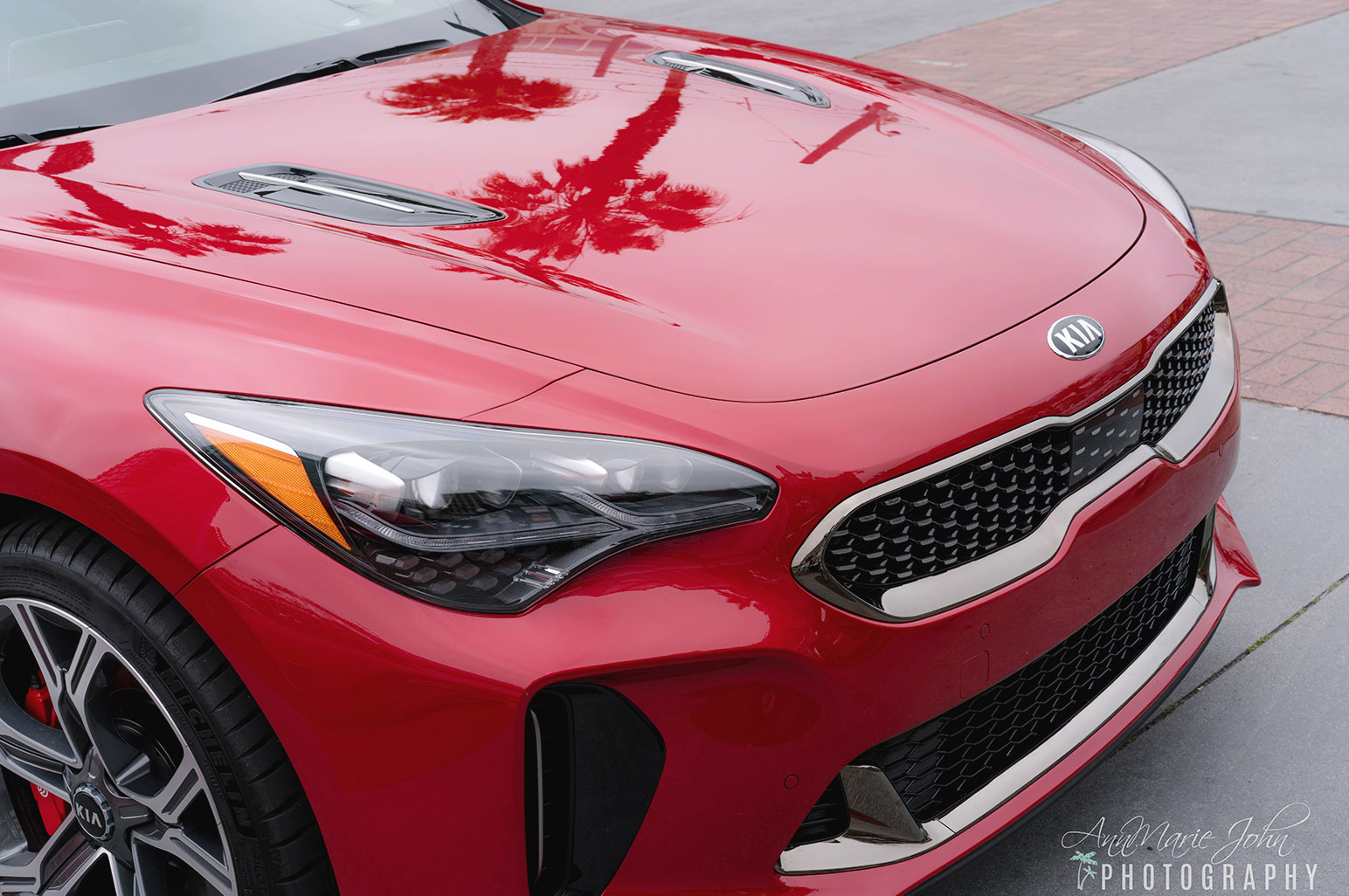 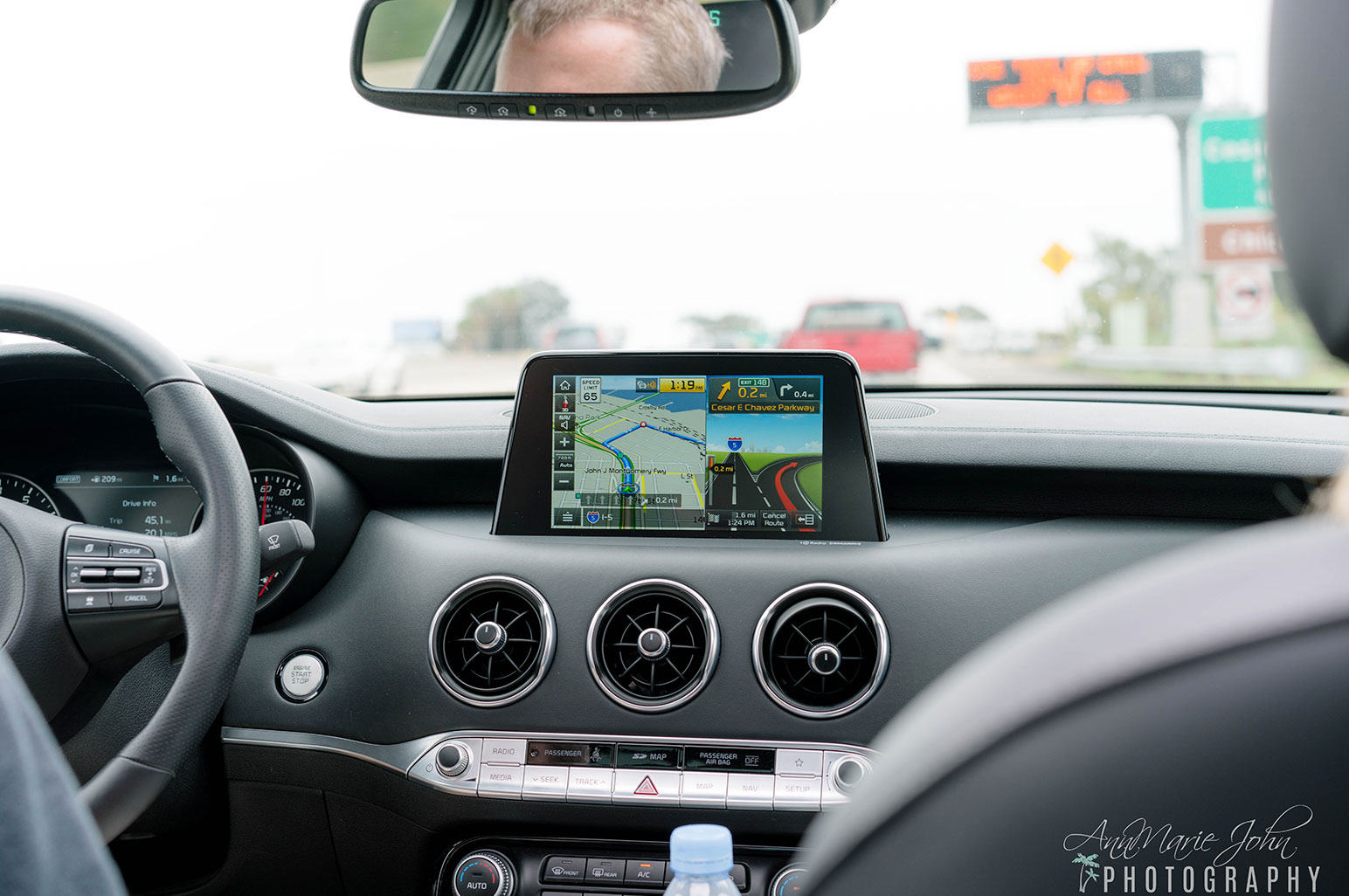 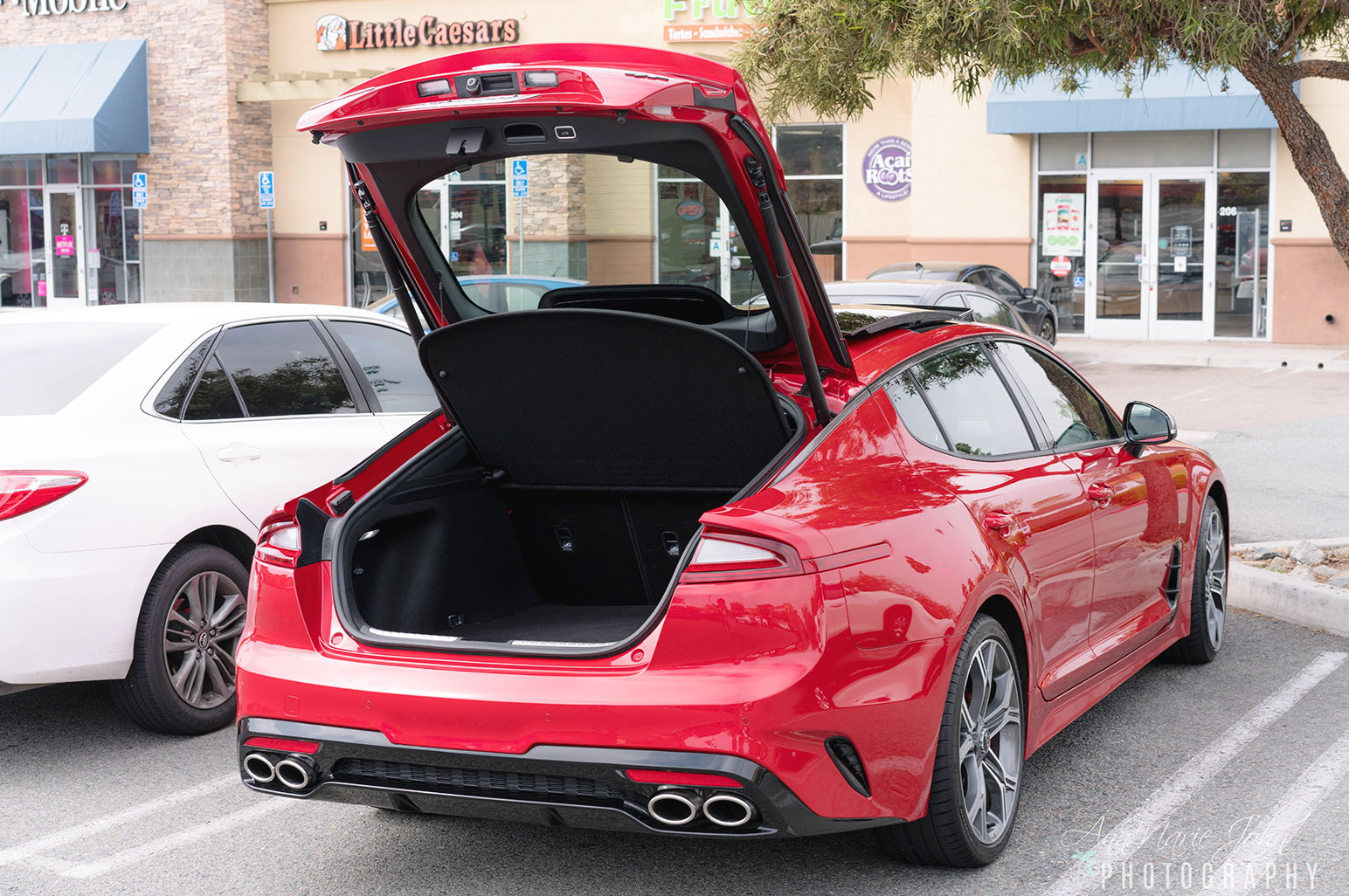 Find out even more at kia.com/stinger 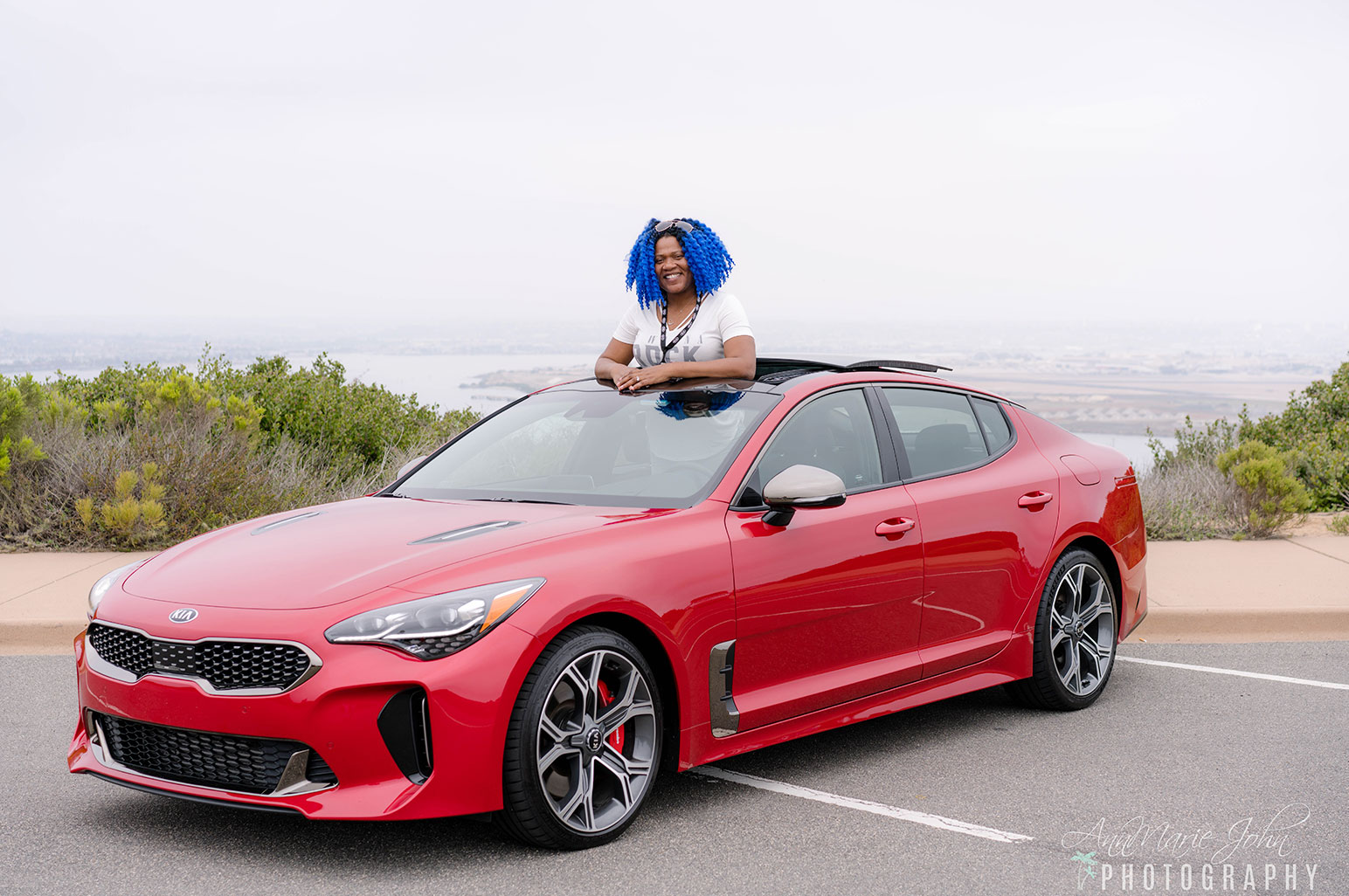 I’m grateful to Kia for inviting me to their event and for teaching me to never underestimate the power of commitment to quality which Kia obviously has.

To learn more about Kia and their new line up of vehicles via Kia.com.