Don’t let the perfect Instagram photos fool you, the majority are posed anyway, but I’ll be the first to admit that I was a much better mom before I became a mother. You’re confused…. and maybe a little explanation is in order.

I used to be one of those who thought that her first child was going to be the perfect child. I had a birth plan in place, was going to nurse for at least 2 years, never have my child watch TV until they were a teenager, unless it was educational TV, and so much more. I would make all their foods from scratch because my child was never going to eat processed junk.

You see, my child was going to be the next Einstein as a result of how awesome my parenting was going to be. I was going to totally be that perfect mom, even before I had kids, considering it was all planned out. I saw all these other parents with their kids watching TV, sucking on their binkies and drinking from a baby bottle, eating at fast-food restaurants, clothes a mess and I judged them. Yes, I sure did! That would never be me! 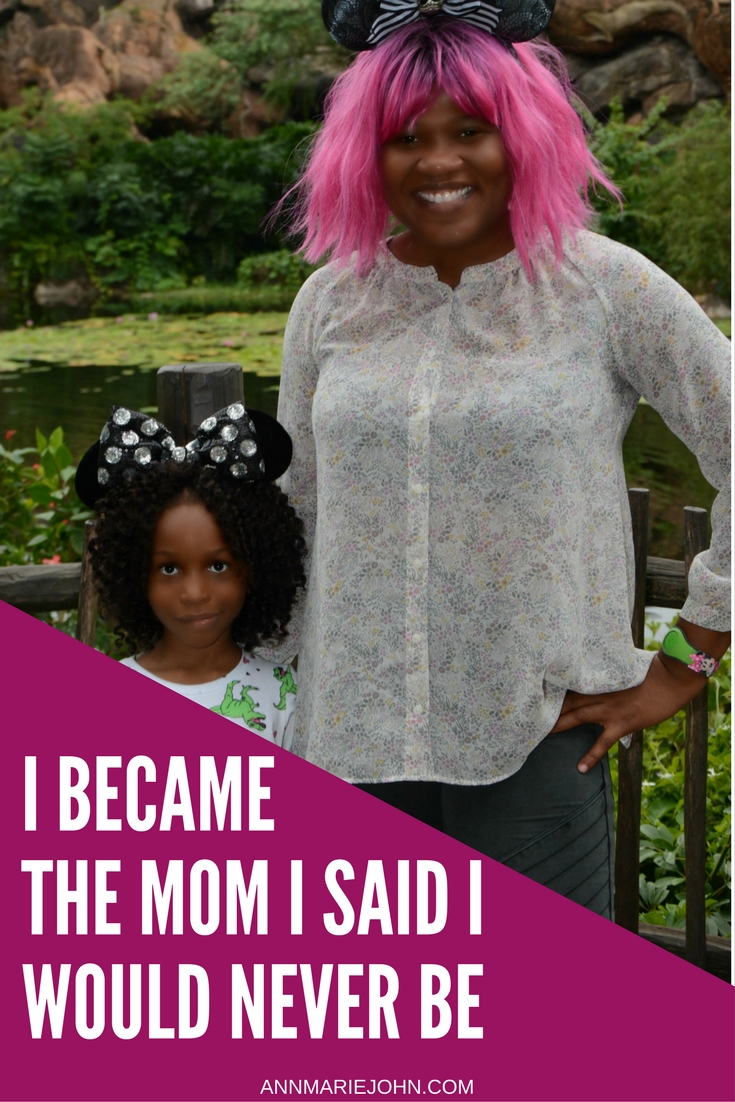 Are you laughing yet?

Well, let me tell you… there’s a reason that you shouldn’t judge. First of all, my birth plan of having an all-natural delivery, without any drugs, went out the window when I was in labor for over 24 hours without actually being in labor. Nothing they did to induce labor worked, so an emergency c-section was scheduled. OK, that’s strike one, but there was so much more that I could do even if that didn’t go as planned, right?!

Well, as for nursing for 2 years, after about 6 months, my child that was supposed to be perfect, that was going to make me THE perfect parent, decided that she’d had enough and breast milk just wasn’t acceptable for her any longer. This was a joke, right? Didn’t you know that there was going to be no bottles and formulas introduced ever?! Well, bottles and formulas, the very same things that I scorned before were introduced, and now became my lifesaver. It was the only way that she would eat and go to sleep.

And as for TV, she hasn’t only watched Sesame Street but also watched soap operas with my mother, and almost every cartoon introduced to man at that time. As a matter of fact, the Powerpuff Girls were one of her favorites, and my parents laughed. I now get it, they probably thought the same way I did when they were younger. After having 3 children themselves, they knew it was all a fallacy.

Now I’m not a horrible parent, I do the best that I can with my kids and so far they’ve all turned out great, but I admit that I had all these expectations of what motherhood was supposed be and so far it was nothing like I thought. There is no parenting journal or handbook that makes you a perfect parent. Each child is different and so is everyone’s parenting skills.

By child number 2, I had an idea of what parenting was truly like, so now there were no plans, I just wanted to be the best parent I could be. As long as he was clothed and fed, happy and content, I was elated.

By child number 4, every, and all expectations were gone. I was one of the laxest parents you could find. Madison had an iPad in her hand at 6 months, the TV was always on and everything I said I would NEVER do was done! While we still stay away from most processed junk food, the occasional Wendy’s might make it into my household. After all, what doesn’t kill you makes you stronger right?

So for those who aren’t parents yet, before you start judging those who are parents, because our houses aren’t clean, there are toys everywhere, dishes in the sink, beds aren’t made, clothes in the laundry room to be washed.

Let me put it this way.

As long as their child is happy, the dishes can be done, the clothes washed, toys picked up, but what’s unquestionably important is spending time with your child. Get down on the floor and play with your kids with said toys. Get in the kitchen and make dinner together, bake cookies, make a mess, get outside and dirty those clean clothes.

Remember, you’re making memories that will last for years to come and it’s what your children will remember you for. You are perfect in your children’s eyes and they will always love you. They’ll remember how much fun it was to be a child and how much you cared for them. Take vacations, even if it’s a staycation at least once a year. Do what you can to make their childhood a memorable one. We’re all perfect parents, we just parent differently.

So please don’t be THAT person! Don’t be that judgmental mom until you’ve had kids and can relate. As a matter of fact, don’t judge ever!