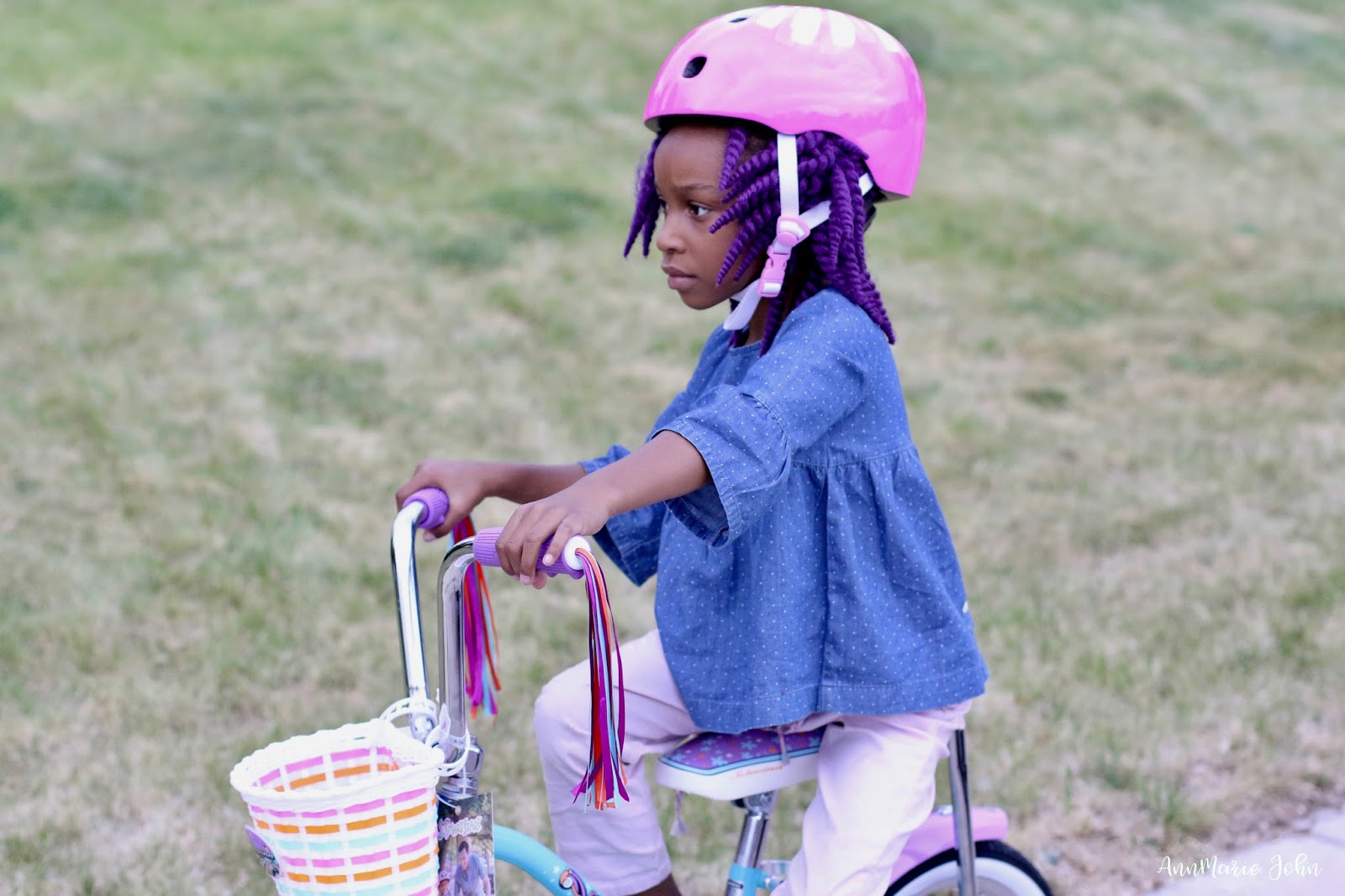 As a parent, one of my greatest frustrations are my children not wanting to leave the house. OK, I understand them wanting to be indoors during the winter, but once the weather heats up I expect them to go outside and be kids. I would bring up the story about me growing up and playing outdoors until the sun went down. We didn’t have iPads and cell phones or video game systems. We played with jump ropes and whatever we could play with and what fun we had! I know that times are different now, but I live in a very safe neighborhood, in a cul-de-sac, no less, where the only people who come in are the people who live there. Everyone knows everyone and there’s even a neighborhood watch.

However, getting my children to go outside can be like pulling teeth. They’d much rather sit down with their electronics or on their video games. One of my biggest pet peeves is my 12-year-old watching people play video games on YouTube, the very same games that he owns. Or my 5-year-old watching unboxing of candy and toys, or even grownups playing WITH toys. It drives me crazy! When that happens, I know it’s definitely time to go outdoors. So how do I get them to go out? I’ll be sharing a few tips with you, and I’ll also be introducing the newest lineup of Schwinn, the Schwinn SmartStart™ bikes for your little ones. 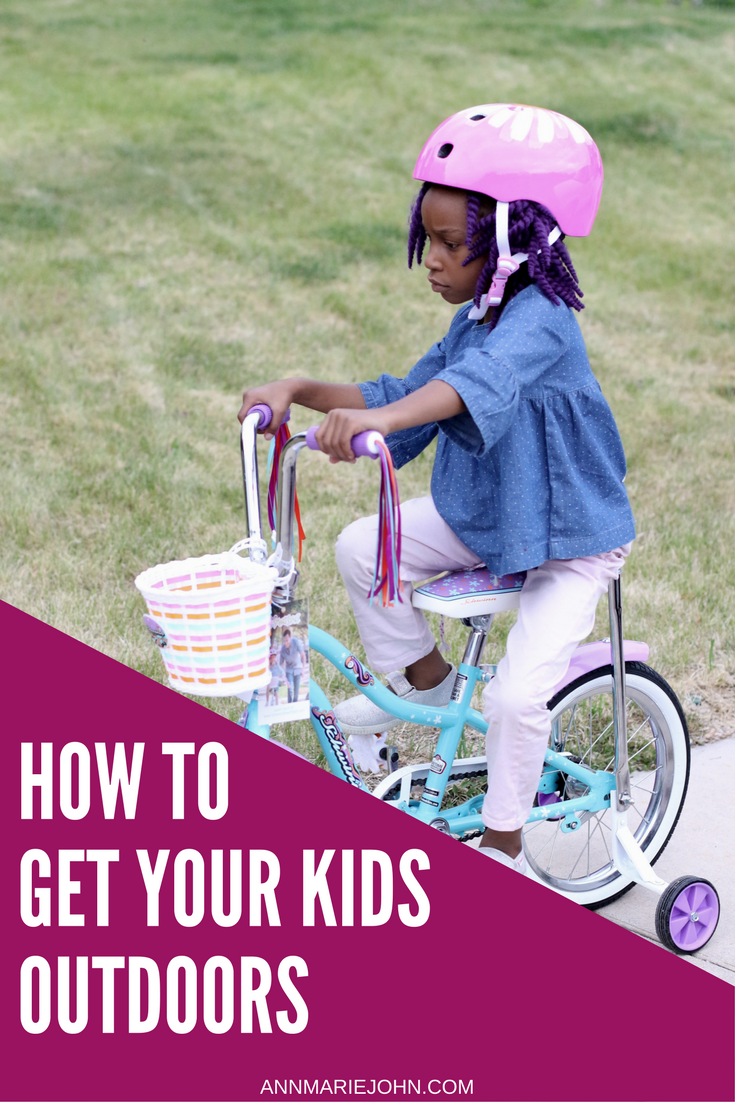 This is great for older children who may not want to ever go out. For every hour they spend outdoors, they may get an extra 30 minutes for their video games or other tech. This always seems to work. It’s also a win-win. They get the outdoor time you want them to have, and they get the tech time they think they need.Win-win!

Turn Off Their Tech

For the stubborn older children sometimes turning off their tech might be the only option. Take away the video game systems, the cell phones, the tablets and send them outside. I know in order for my 12yr old to go outside, I would have to turn his Xbox off completely, it seems to be the only thing that works with him.

Make your backyard or front yard, a place where your children would actually want to play. If you have a big enough yard, you may want to set up a play-zone with a swing or trampoline. If your children are into basketball, you may also want to have basketball hoop where he can practice his jump. If your child knows there is actually something he enjoys doing outside, they might be more inclined to go outside.

Practice what you preach! If you go outdoors, your children are more than likely to follow your example. You can’t expect your children to want to go outdoors if you’re always stuck in the house as well. Get outside and play with your kids. Skipping ropes, play hopscotch and have fun with your kids, go for a walk or even ride a bike. 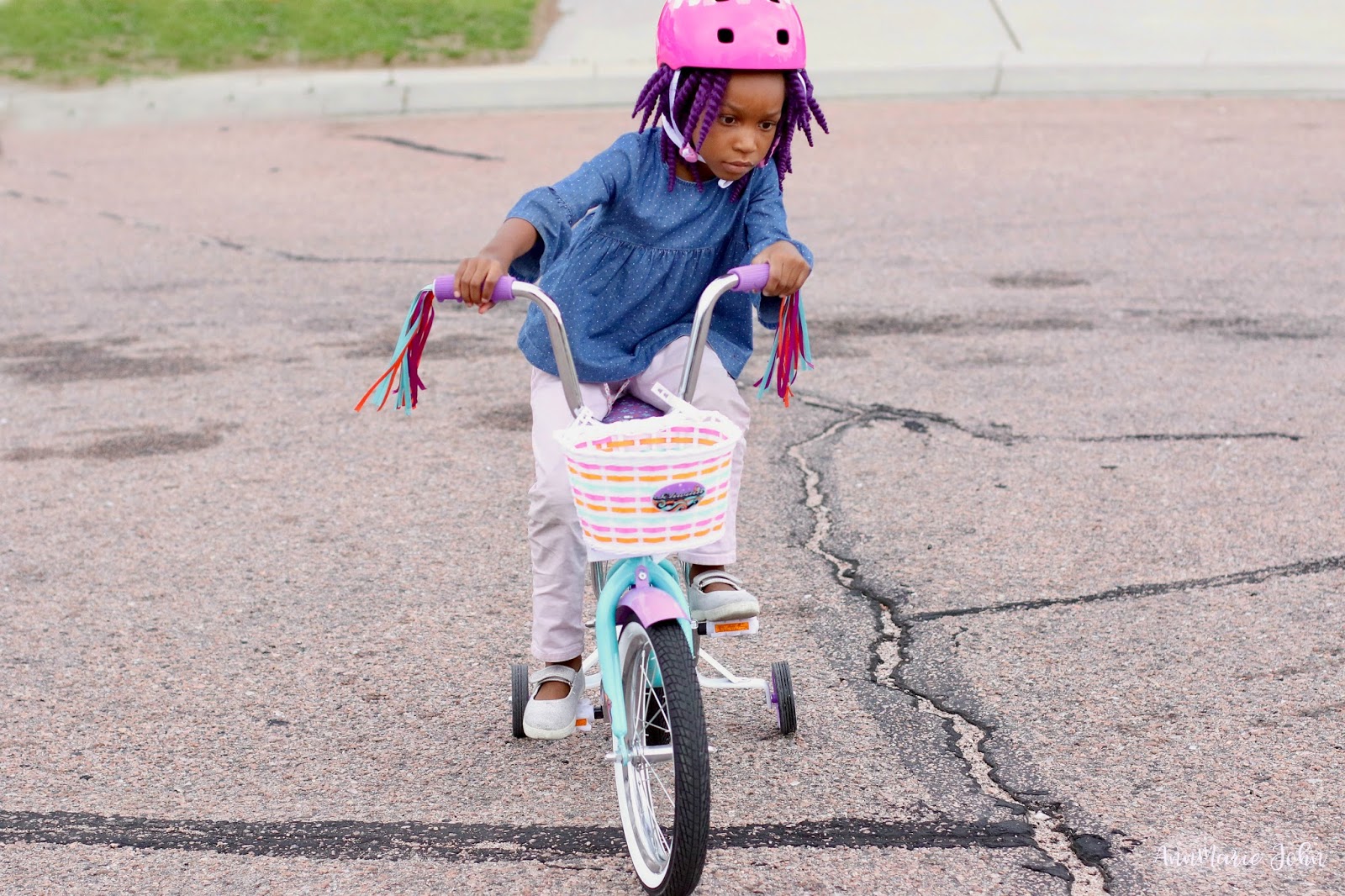 Bike riding is one of the things that can bring the family together and get them all outdoors. For your little ones Schwinn has a really fantastic line of bikes called SmartStart™. Unlike other bikes which are really just a smaller version of adult bikes, the Schwinn SmartStart™ is modified to fit a child’s unique body type. 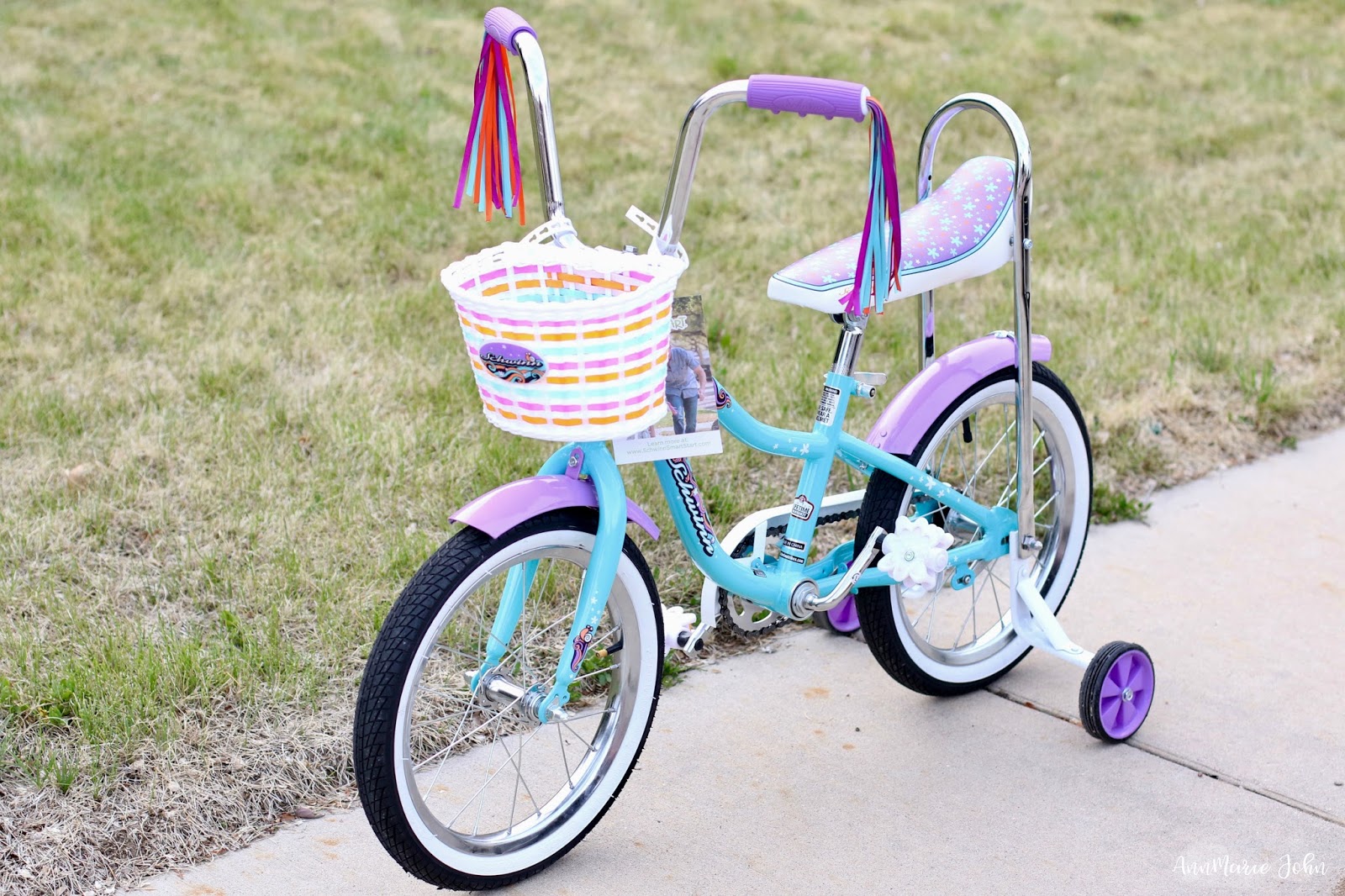 Madison at age 5 is learning how to ride a bike and I want her to have a good experience. She’s been riding balance bikes at a very young age, but now needed to learn how to actually pedal. It’s very important that when you purchase a bike for yourself or your child, that you’re purchasing the one that is best suited to your needs. For example, I never noticed before that the handlebars on her older bikes were more more suited for bigger kids. I’ve never paid attention until the Schwinn SmartStart™ which has a smaller handlebar which makes it so much easier for her to grip and in turn steer. When you’re a preschooler with small hands, you want to be able to hold things properly, especially your bike. You want to be in control, and not have the bike control you.

The seats are also designed to match and support her smaller stature, they also have narrower pedal positions that match the width of her hips. Seeing that Madison is very tiny, although rather tall for her age, it’s good to have a bike where her legs aren’t spread too far apart while she pedals. What that means for her is that she is seated a lot more comfortably on her bike. The Schwinn SmartStart™ is also lighter than other bikes so it’s easier for her to control. 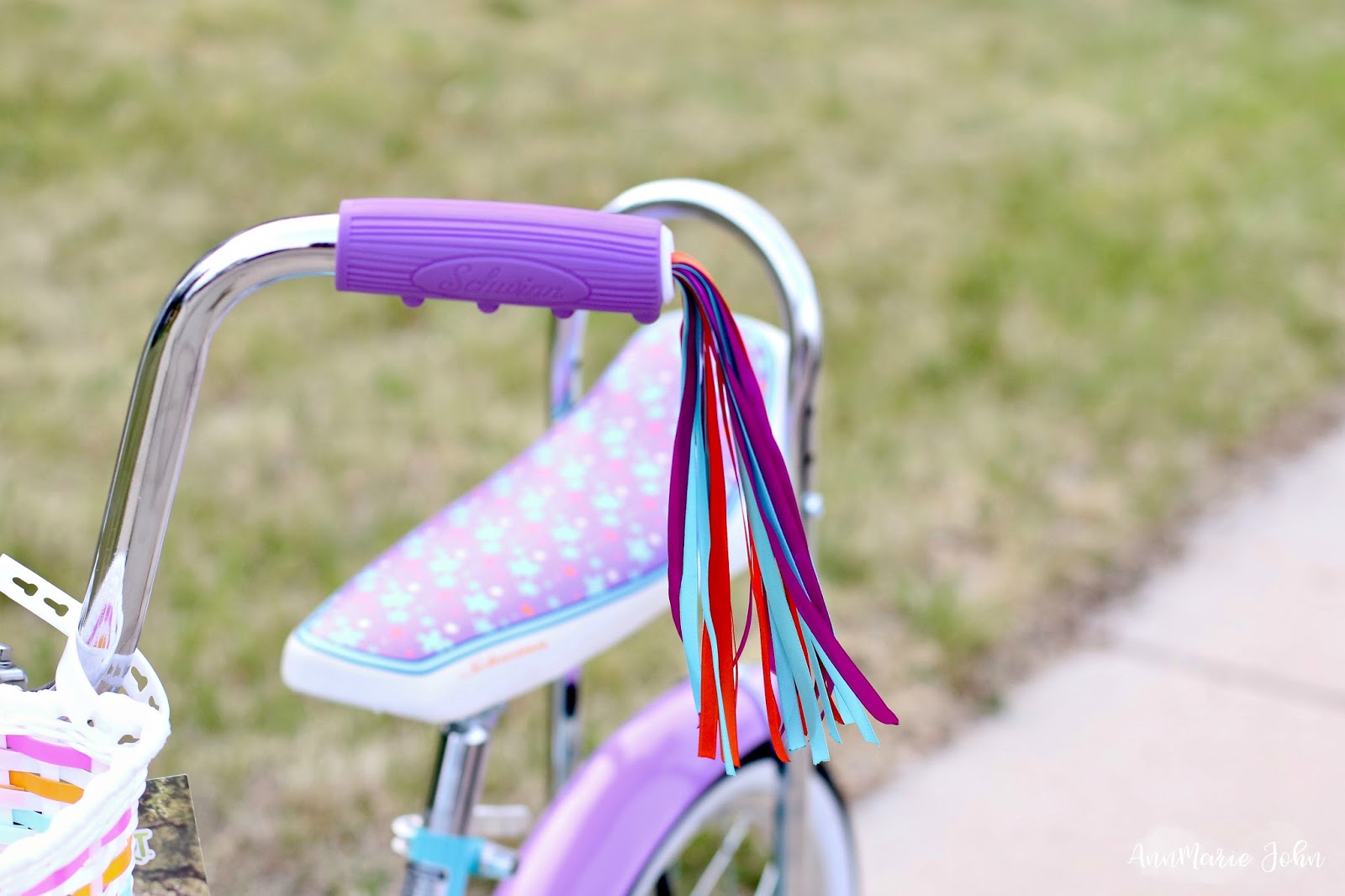 I can’t begin to tell you how much her confidence has grown since she’s started riding her Schwinn SmartStart™. She still has her training wheels on which I plan on removing since I can see how much she enjoys riding, and I think she’s ready. She has been riding now on a daily basis, unless the weather isn’t great of course, but there has been such an improvement in her bike riding skills thanks to her new Schwinn SmartStart™. She has been showing me how much easier it is for her to stop and turn and demonstrating all her cool moves. Now she loves going outside, if only to ride her new bike.

So get your kids, get your bikes out and enjoy the great outdoors. Schwinn has a great bike selection for the entire family so no-one is left out, however, don’t forget your safety helmet! 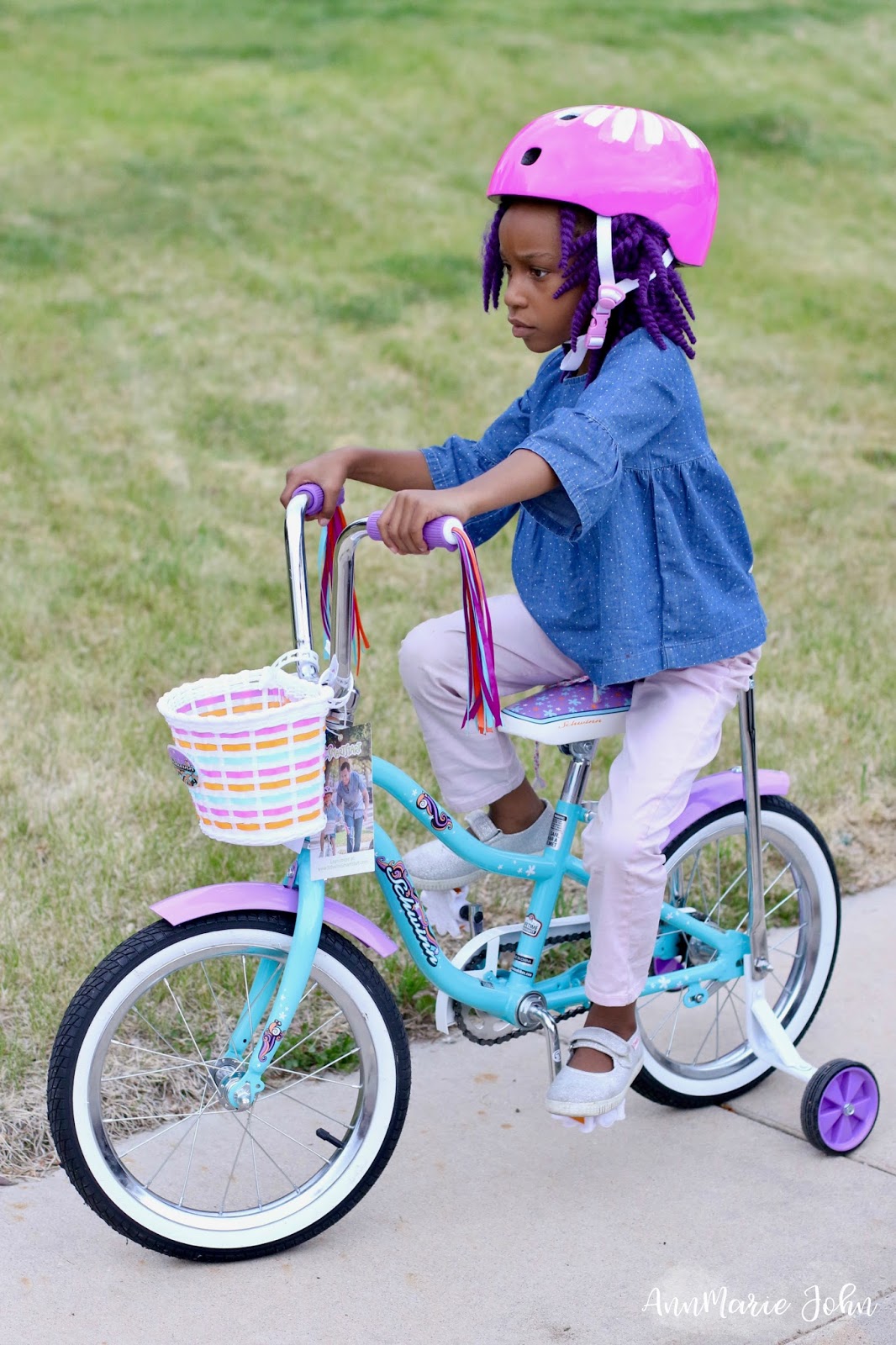 What are your impression of the Schwinn SmartStart™ and how do you get your kids outdoors?