School is back in session and there have been quite a few changes within my household and not just schedule changes. One of the biggest change in my home has been the change in Mikael my youngest son.

This post was sponsored by the Invisalign® brand and all opinions expressed in my post are my own. 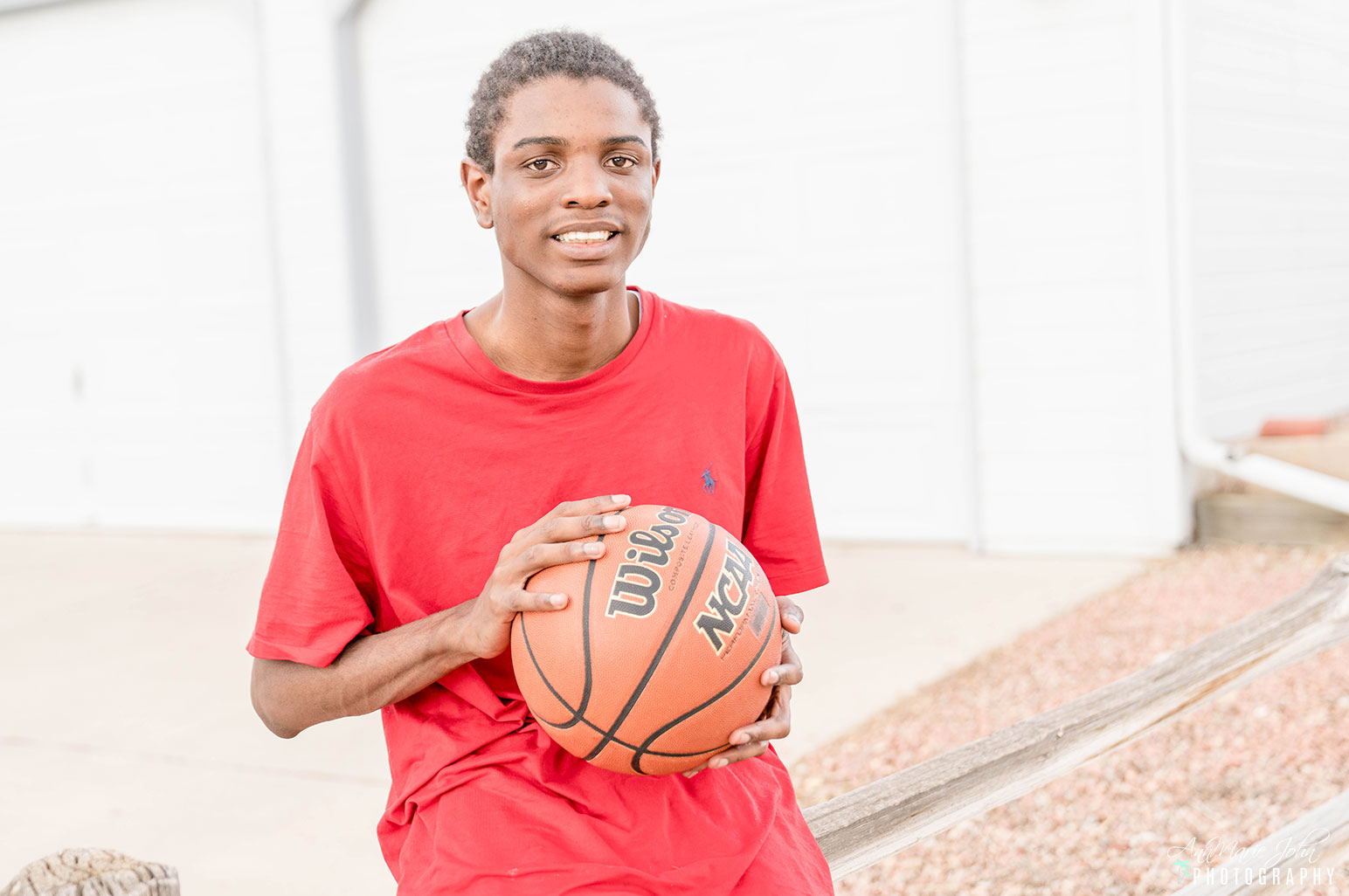 For those new to my site, Mikael is autistic and currently a high schooler. Those who do know him also know that he hates smiling and having his photo taken, the main reason being is that he is not confident in his smile.

See, Mikael was a thumb sucker as a baby, and we tried everything in our capacity to get him to stop sucking his thumb to no avail. By the time he did stop, the damage to his teeth and smile had been done. Mikael had a significant overbite that caused him to dislike his smile and also lowered his self-confidence. He preferred being indoors, playing video games instead of going out and enjoying himself with his friends.

So, imagine our surprise when Mikael came home and stated that he was going to try out for the basketball team! It was something that he had never mentioned before. Our introverted kid was now ready to get outside and do something besides sitting in his room.

The reason? Invisalign®️ clear aligners. Due to his significant overbite, his treatment also includes a Mandibular Advancement feature which will gradually move his jaw forward while straightening his teeth as well, improving his bite and giving him that straight smile that he desires. 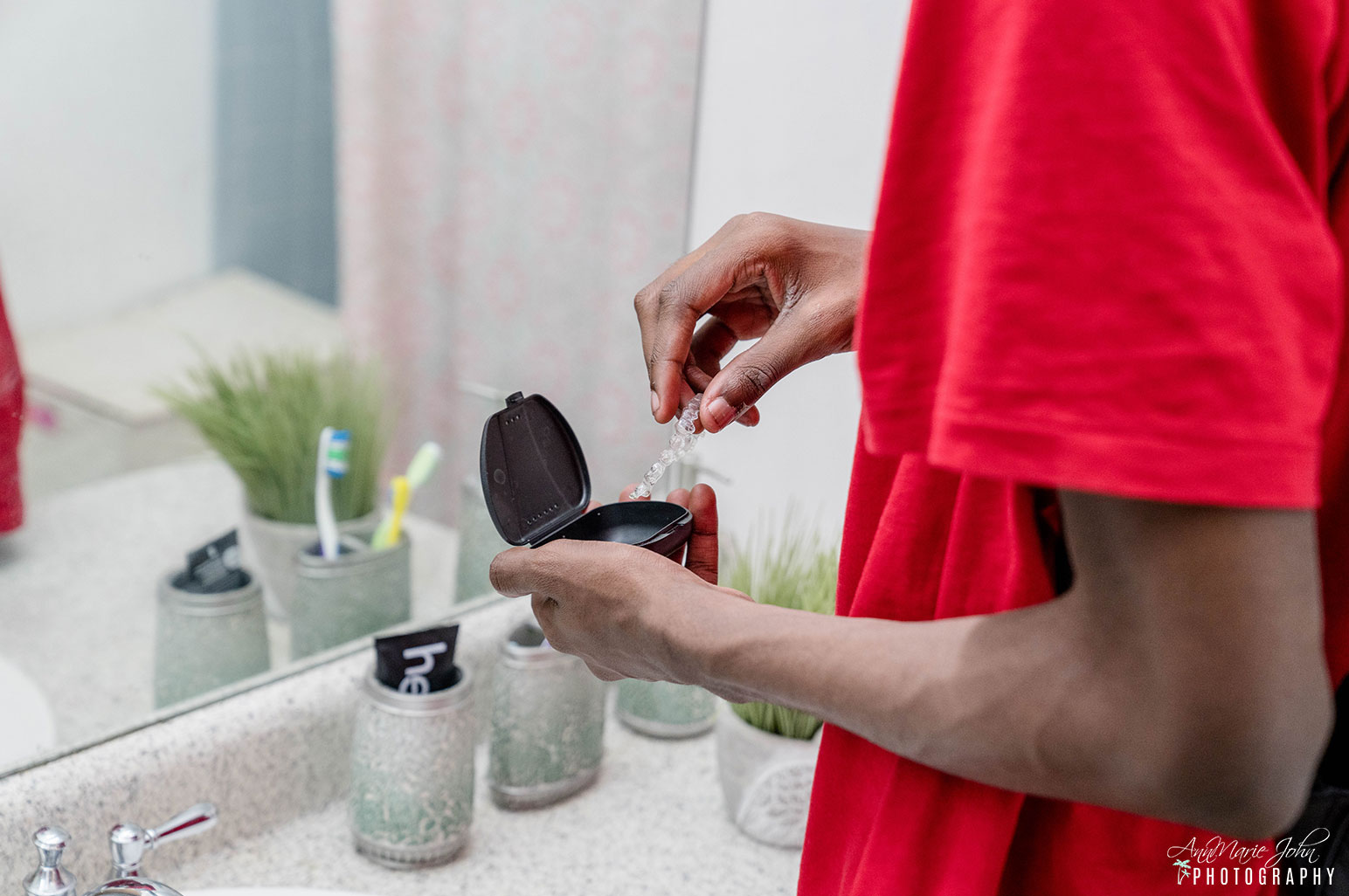 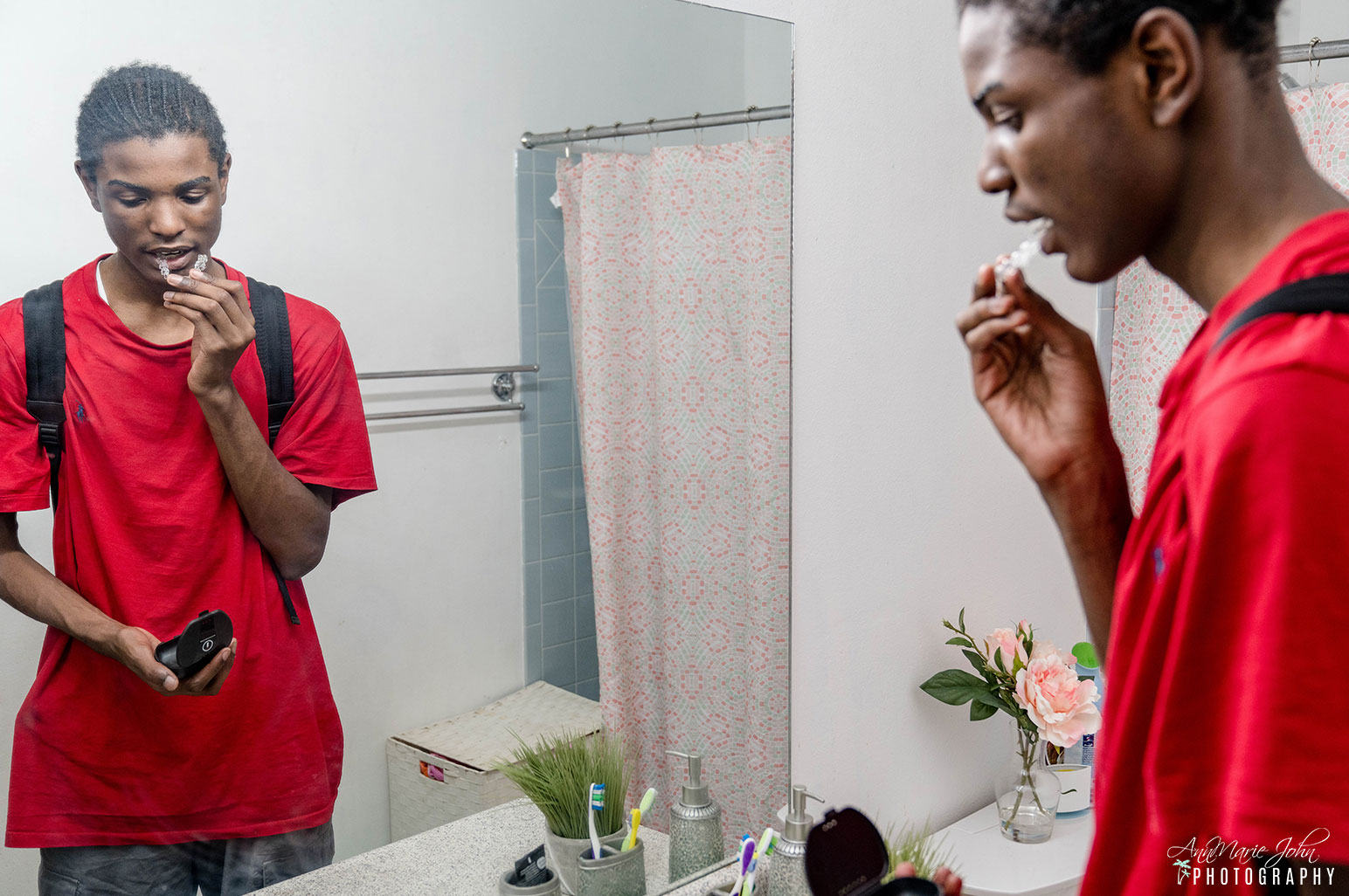 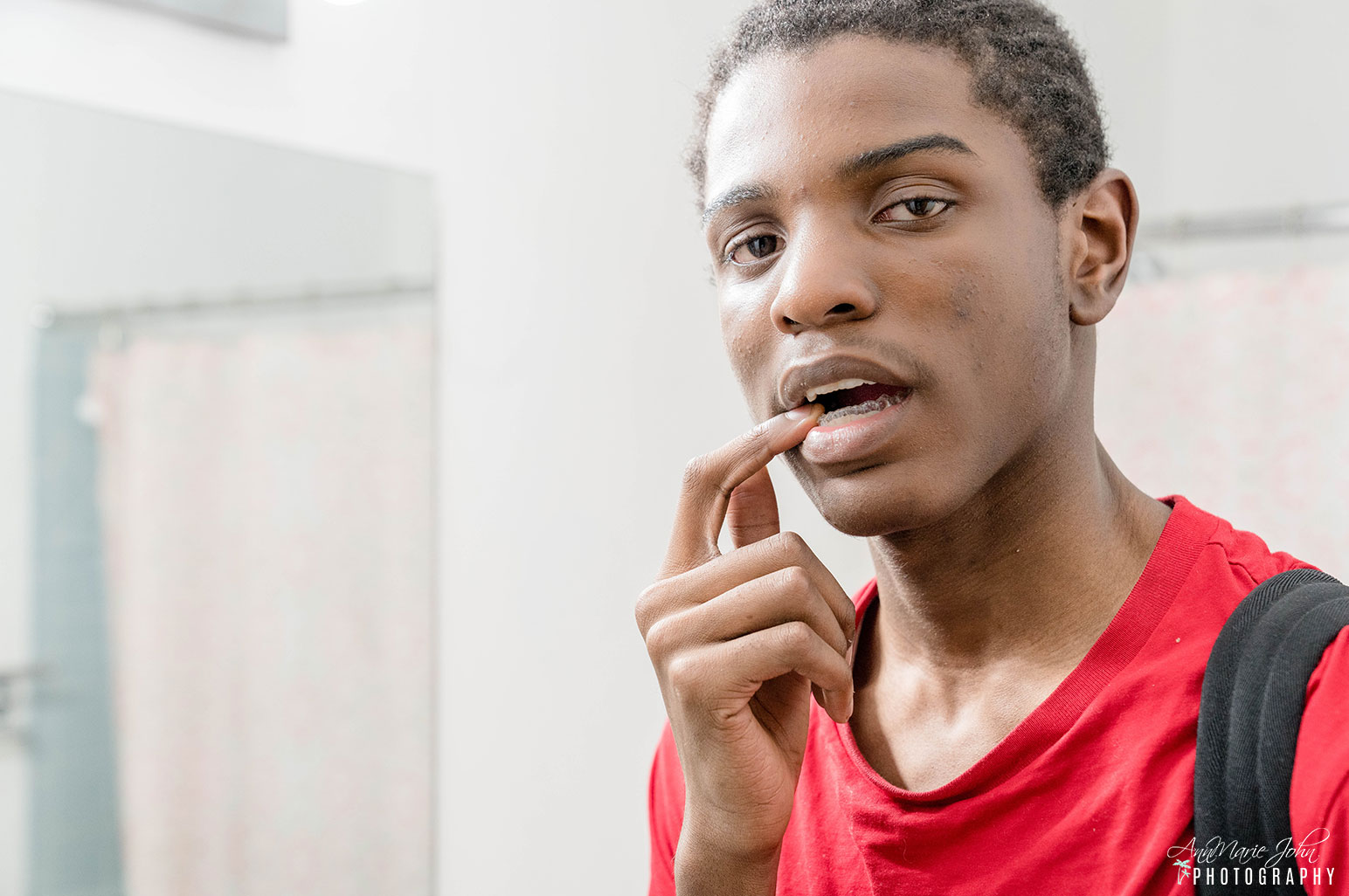 He began his treatment a few months ago, and the improvement to his smile is very noticeable. Not only is his confidence boosted, but it’s been boosted enough where he’s now enrolled in basketball. We did not see it coming!!

So how can you encourage your kid’s new-found love of sports? Here are three easy tips: 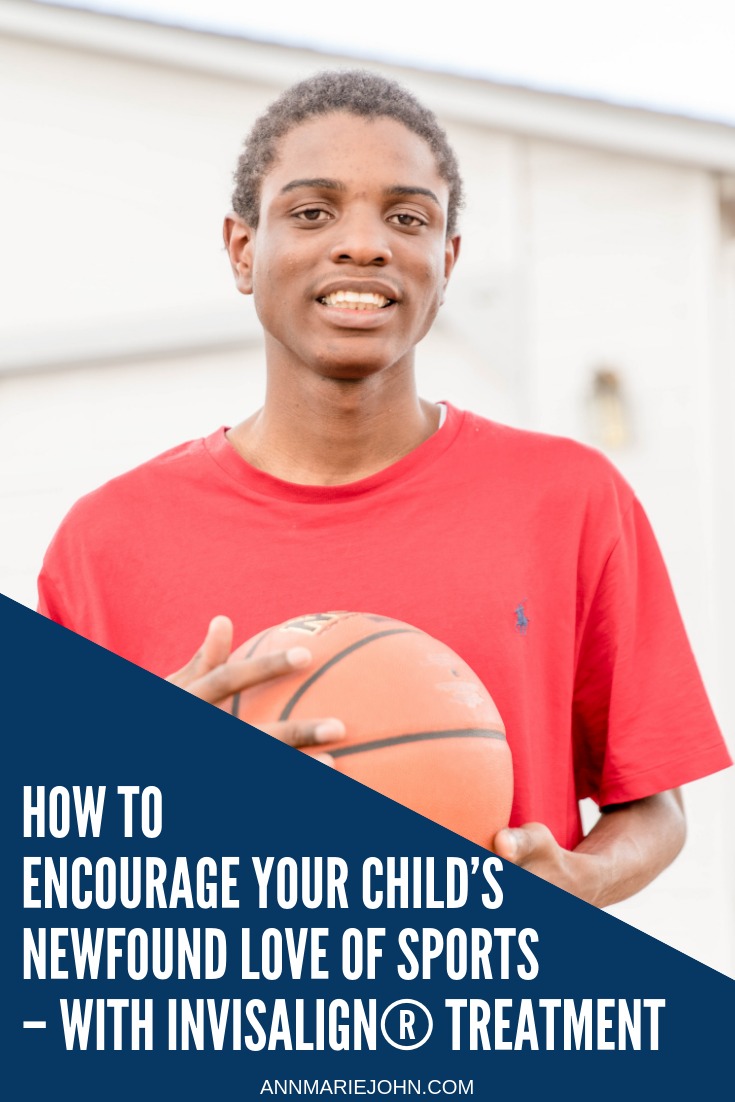 Give them praise, tell them that they’re doing a great job, but let them do it at their own pace. Keep your praises positive, and always use constructive criticism if you need to. However, don’t put pressure on your child to the point where they’re no longer interested. Remember, this is your child’s life and not yours.

Now that your child is involved in a sport, it’s a good time to buy the necessary equipment that they’ll need, including safety equipment. Purchase the balls, helmets, kneepads, clothing, and proper shoes that they’ll need for their sport of choice.

I don’t just mean signing them up for classes, dropping them off and disappearing. Be actively involved, but once again don’t pressure. You can even participate, show them that you actively support them. Get outside, kick that soccer ball, or try out your jump shot, just get involved. 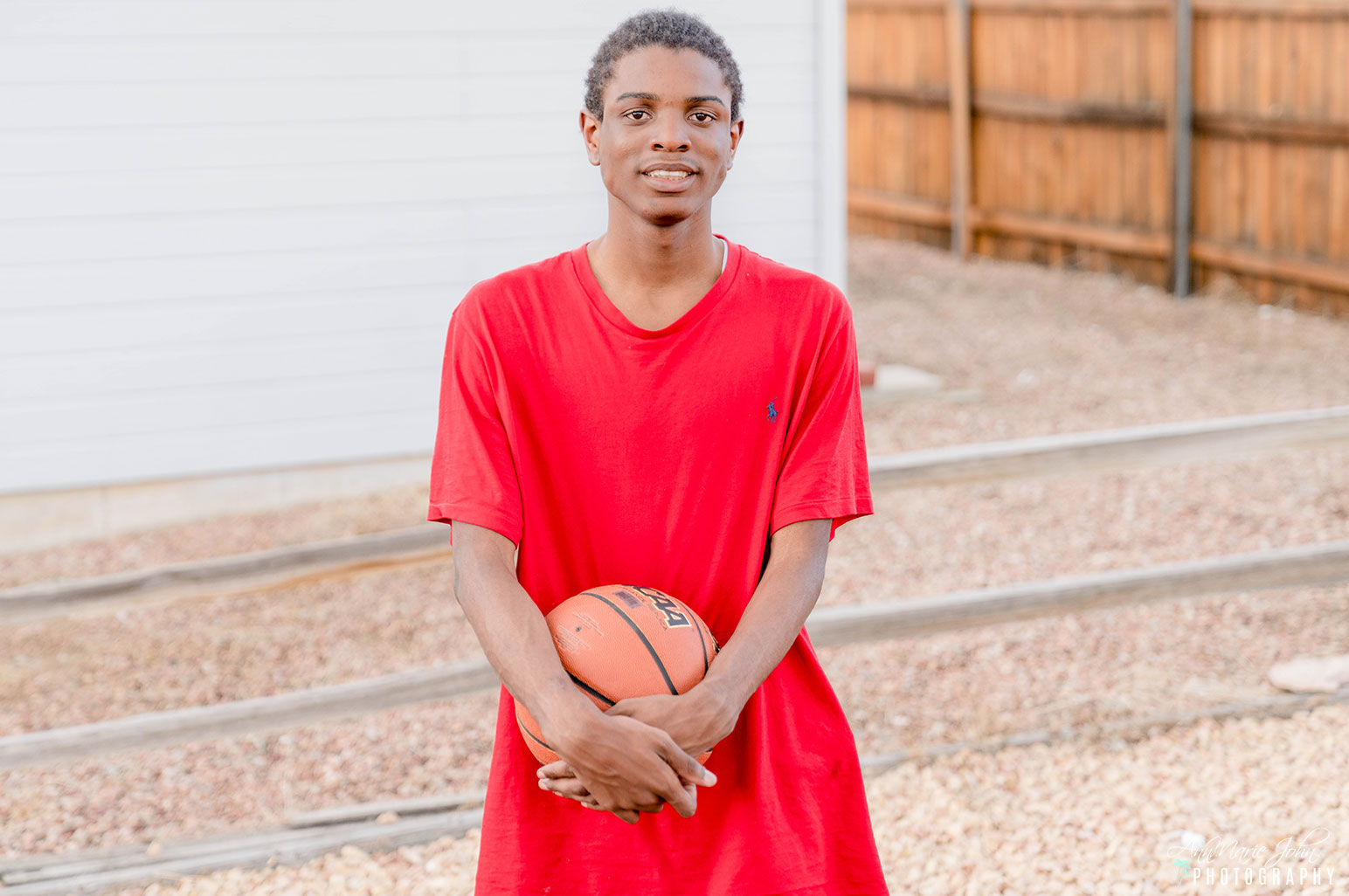 If your child is previously like mine was, ashamed of their smile and would rather not be seen, consider Invisalign treatment. Not only will it give them a boost of confidence, but it will also transform their smile without compromising their lifestyle. They can still enjoy their favorite things while being treated, so they can eat their favorite foods and play their favorite sport while maintaining good oral hygiene and correcting their smiles!

Besides him wearing his Invisalign clear aligners for about 22hrs a day (he only takes them out to eat, brush his teeth, floss, etc.), nothing else has changed. His life didn’t have to change at all. His aligners are virtually invisible so that means that you can hardly tell that he’s wearing them. In all the photos of him now smiling right here on the site, he’s wearing his Invisalign clear aligners.

His day starts with him getting up, taking a shower, eating breakfast, brushing his teeth, and putting his Invisalign aligners in right before he heads out the door. It’s really that simple! We chose Invisalign treatment because they’re the most advanced clear aligner system in the world, and only Invisalign aligners are made with SmartTrack® material for a better fit, greater comfort, and more predictable tooth movement.* (*compared to aligners made from off-the-shelf, single layer .030in material).

If you’ve also been considering Invisalign Clear Aligners for your child or even for yourself take the free smile assessment, or locate a doctor near you that specializes in Invisalign treatment.