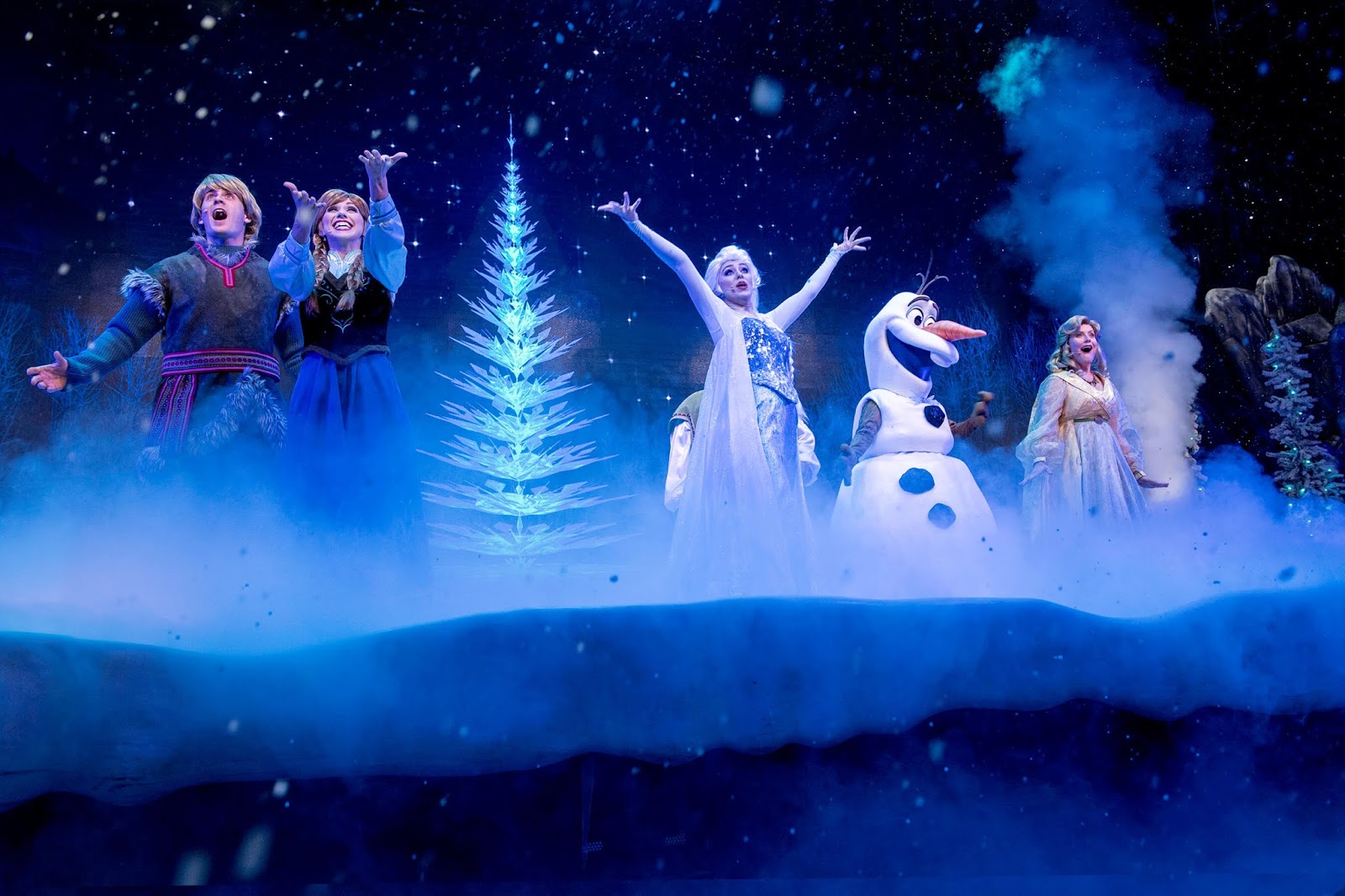 Most people who plan a trip to Disney World are more worried about which rides they’ll experience over anything else. And, to be fair, the rides are definitely one of the biggest draws at the Disney parks. However, if you forget to consider which shows you’ll want to catch while you’re exploring Disney World, you’ll do yourself a big disservice. These shows feature world-class performers as well as stunning effects and soundtracks, and they offer a perfect excuse to sit down and take a break for a little while. 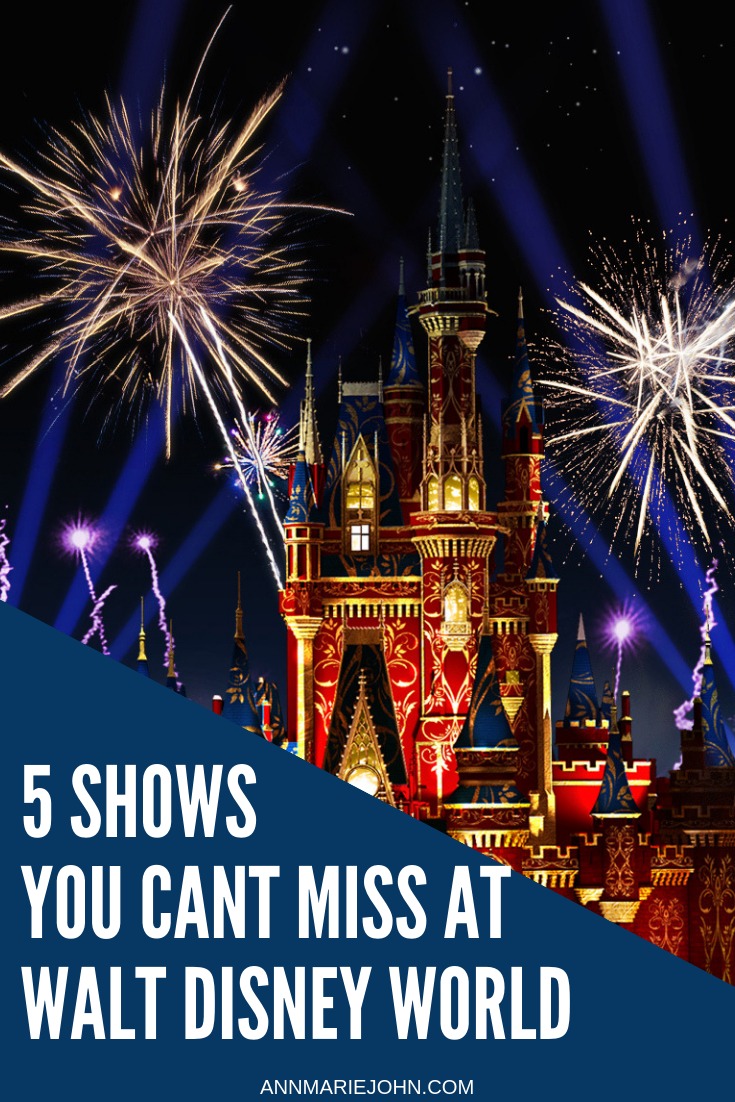 Finding Nemo – The Musical. This Nemo-inspired show is a must-see for anyone who loves the film. Costumed actors interact with larger-than-life puppets on the stage, bringing your favorite characters and scenes from the movie to life through exciting musical performances. The clever musical numbers, combined with the special effects and lighting, really make this show an experience you won’t want to pass up. It’s a popular attraction in Animal Kingdom, so consider picking up a FastPass for one of the six scheduled performances each day. Each show lasts around 40 minutes long. 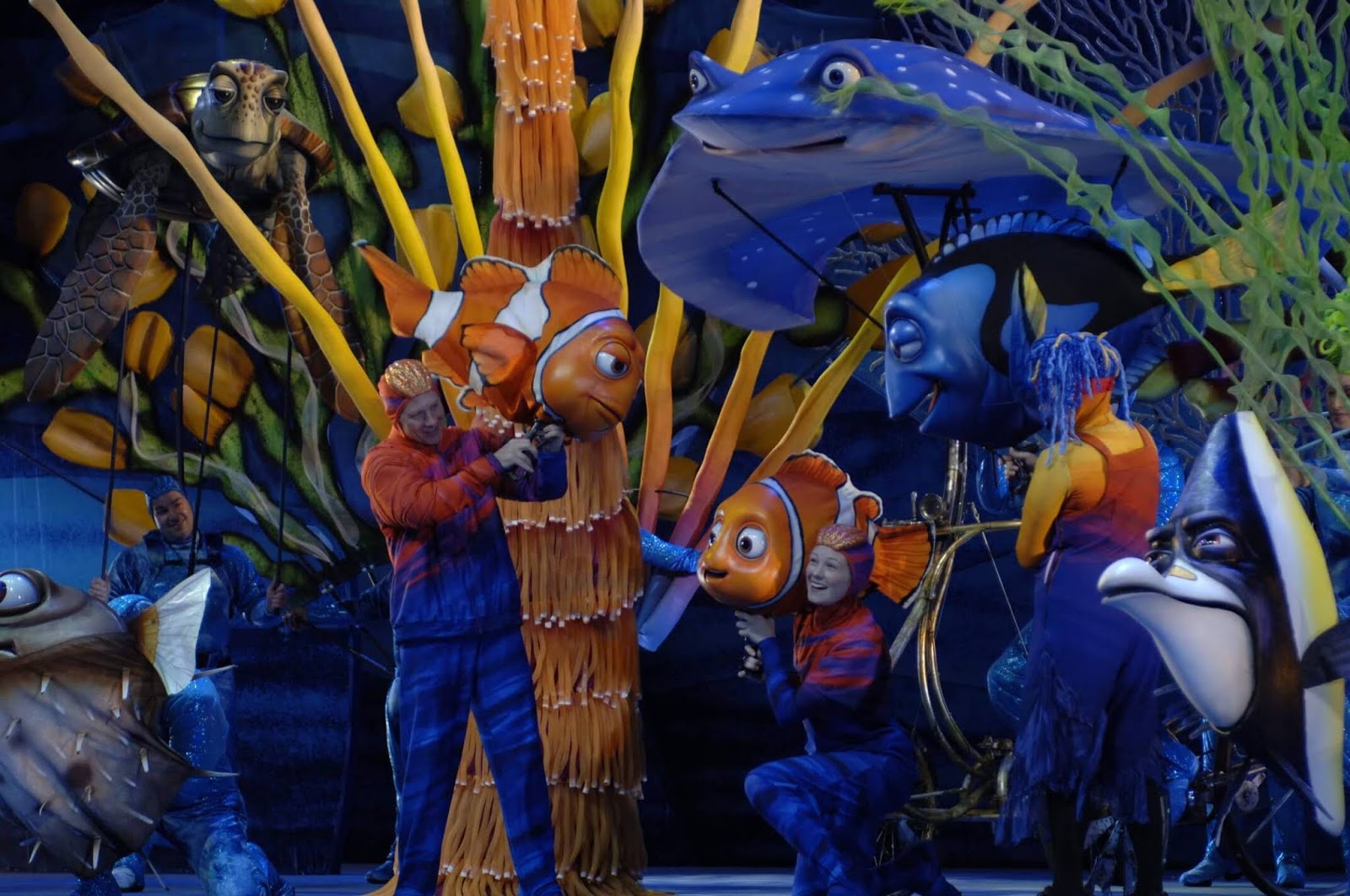 Mickey’s Royal Friendship Faire. Featuring favorites from Frozen, The Princess and the Frog, and Tangled, this show combines characters and music from these well-loved recent releases as well as classic characters like Donald Duck, Goofy, and Mickey Mouse. Cinderella’s Castle serves as the stunning backdrop for this spectacular show, which takes place in the Magic Kingdom. Visit during the holiday season for an extra-special Christmas spin on this fun performance.

Festival of the Lion King. If you love the Lion King, you won’t want to miss this live performance that brings your favorite songs and characters to life on stage. Incorporating everything from stilt-walkers and puppeteers to incredible singers and actors, you’ll find it hard not to sing along as you watch songs like “Be Prepared” and “Hakuna Matata” unfold in front of you. A few interactive elements even make the audience part of the show. You can find this show in the Animal Kingdom. 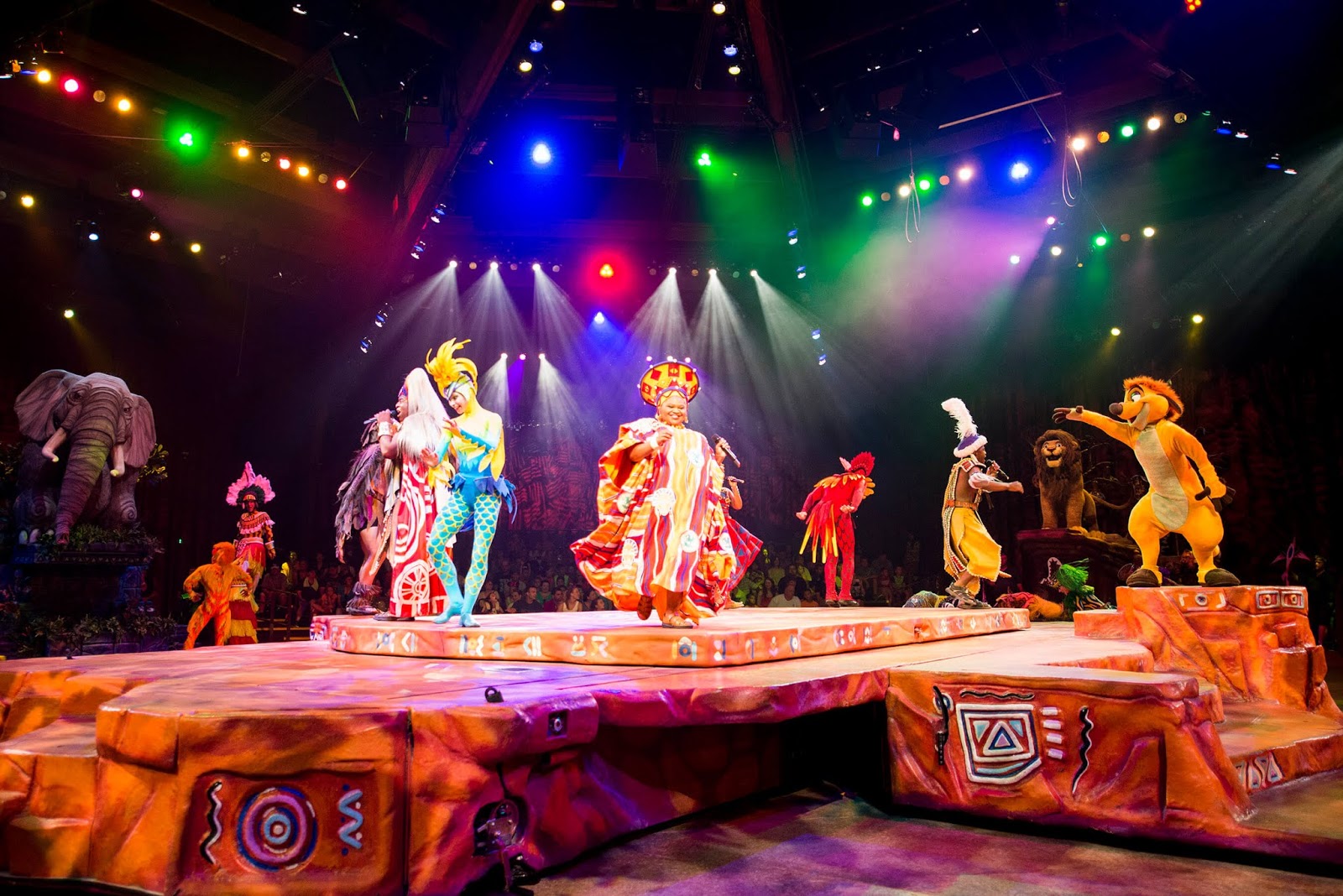 Jeweled Dragon Acrobats. Think there weren’t any shows to be found in Epcot? Think again! This is more of a fun, quick performance than a proper sit-down show, but your family will still be amazed by the incredible feats performed by the Jeweled Dragon Acrobats, which perform several times each day in the China Pavilion. Chinese acrobats leap, flip and balance, performing stunts to wow the audience.

Fantasmic! One of the best ways to end a day in the Disney parks is to watch Fantasmic!, an incredible nighttime spectacle that pulls inspiration from classics like Fantasia, The Little Mermaid, and Aladdin, among others. Featuring live actors and costumed characters, fireworks and pyrotechnics, lasers and other high-tech effects, you won’t be able to ignore the magic unfolding before you as you watch the show. Fantasmic! only happens once a night, and the start time changes with the season, so you’ll want to put this one on your itinerary in advance! 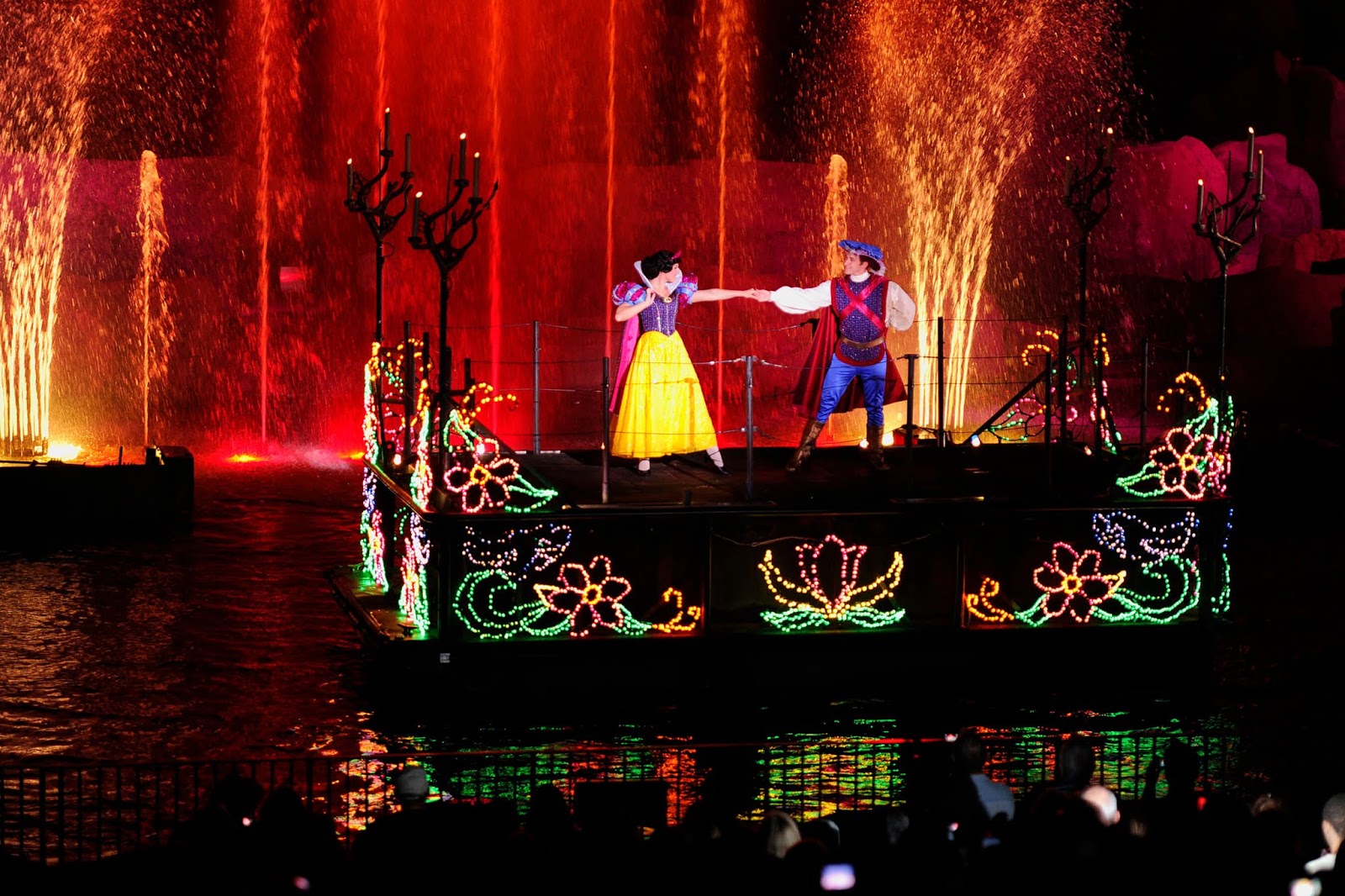 Live shows at Disney World can be a great way to beat the summer heat or end the perfect day in the parks. See which shows your family might like and add one or two to your itinerary when you plan your next Disney trip – you might be surprised to see just how much you enjoy them!