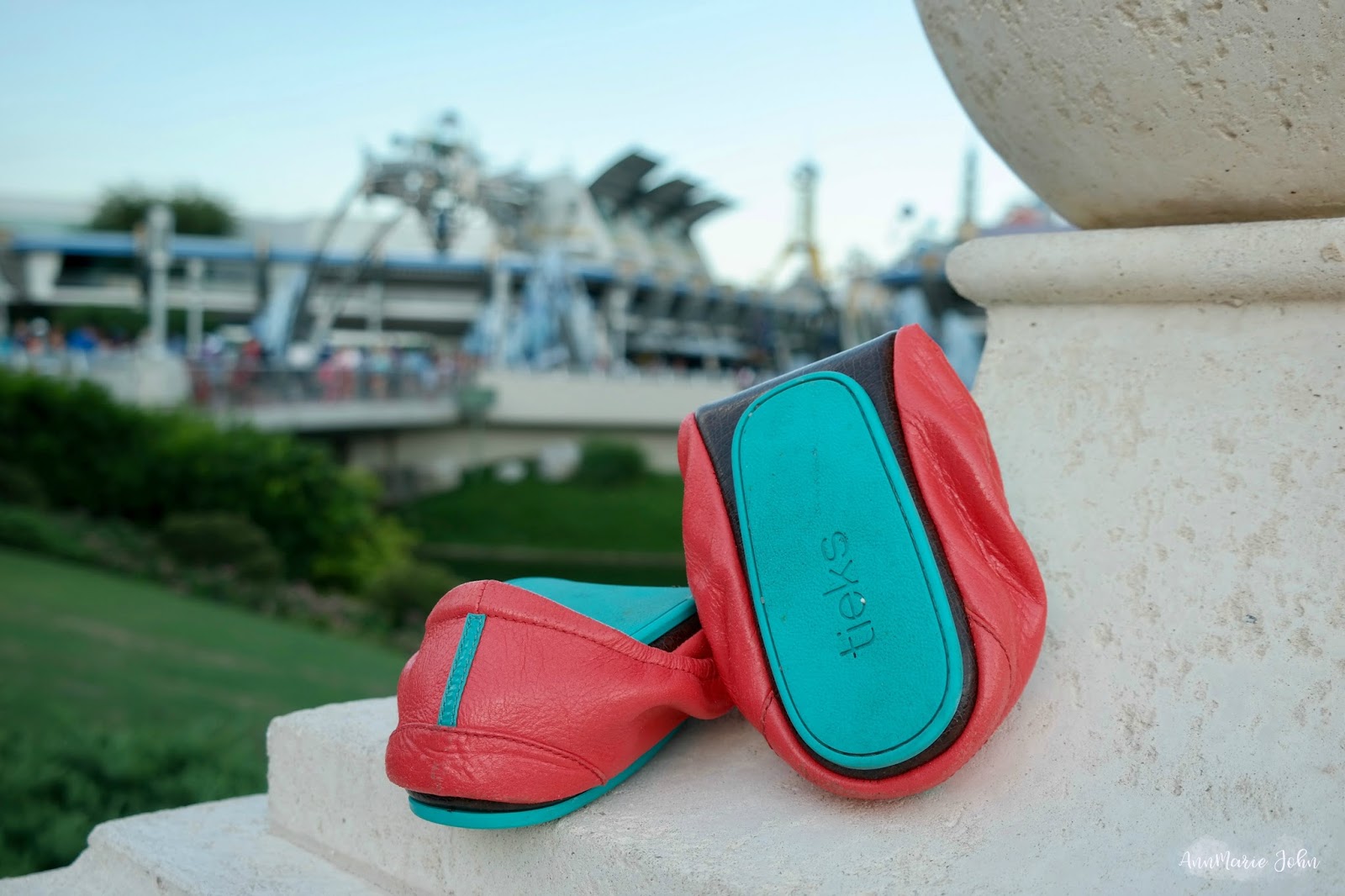 I LOVE TIEKS, no ifs, ands or buts about that. If you haven’t joined in on the Tieks bandwagon, what are you waiting for? Tieks generally start at $175 and up, and the prints are adorable. I think the hardest decision you may make might be actually finding the pair you want to buy first. When I purchased my very first pair, it took me almost 2 weeks to decide on the color. I’m now the proud owner of over 20 pairs, with quite a few more on my wish list. Deciding which one to take out of my wishlist and add to my cart almost gave me a migraine, so they’re going to stay there for a while. 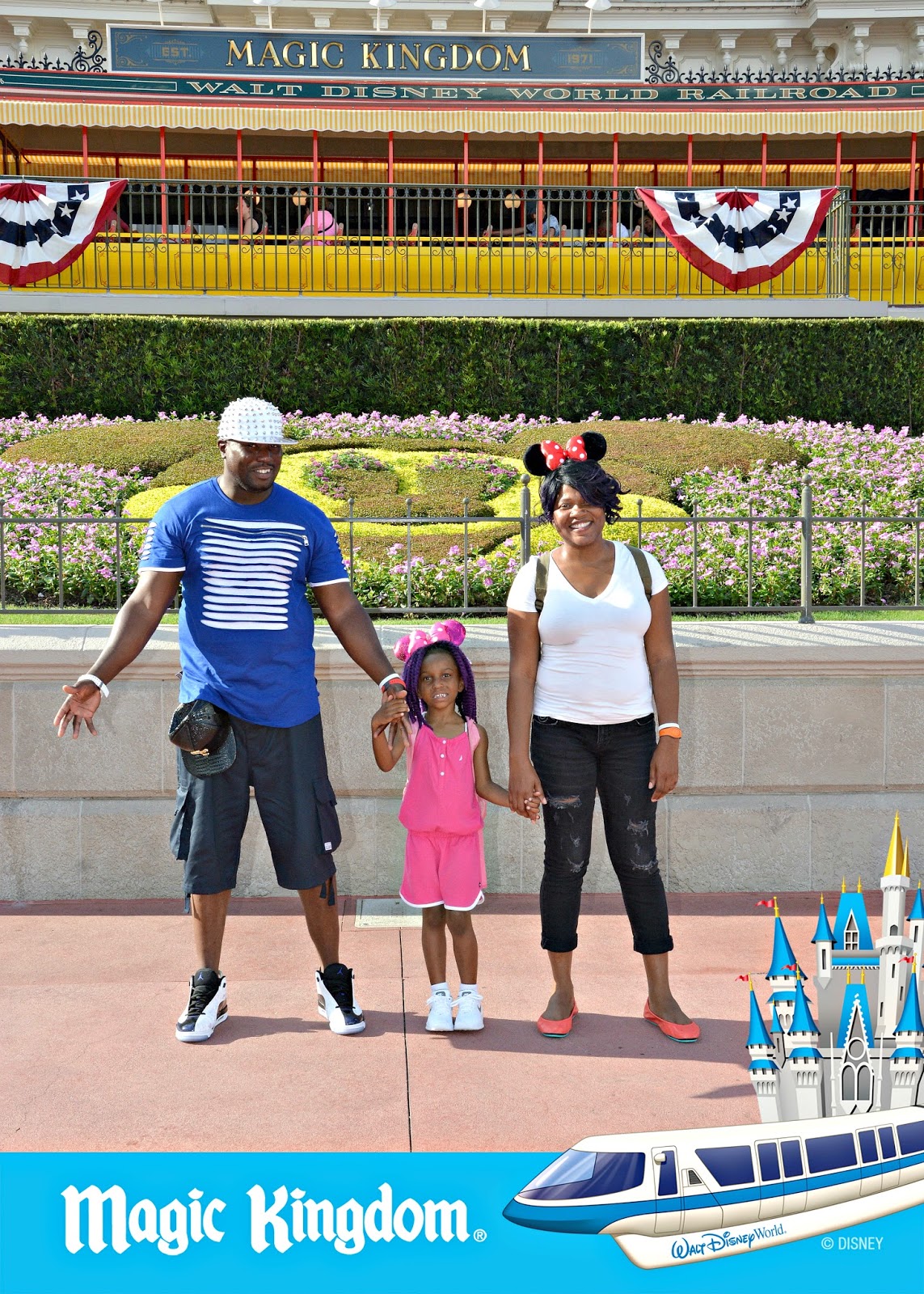 We recently returned from Walt Disney World, where I decided that I was going to walk with a few pairs of Tieks because I just loved how comfortable they were. Granted, I’ve only worn them to the store and back, so technically, I’ve really only worn them for about an hour or two, never really longer than that. It’s generally into the car, into the store, and back to the car. Out to dinner, into the car, and you get the picture. I wanted to wear my Poppy Tieks at Disney’s Magic Kingdom to make my ordinary white tee and denim pop. I wanted a bit of color. Now what I’m going to tell you might come as a big shock. After all, I just said how much I love Tieks. 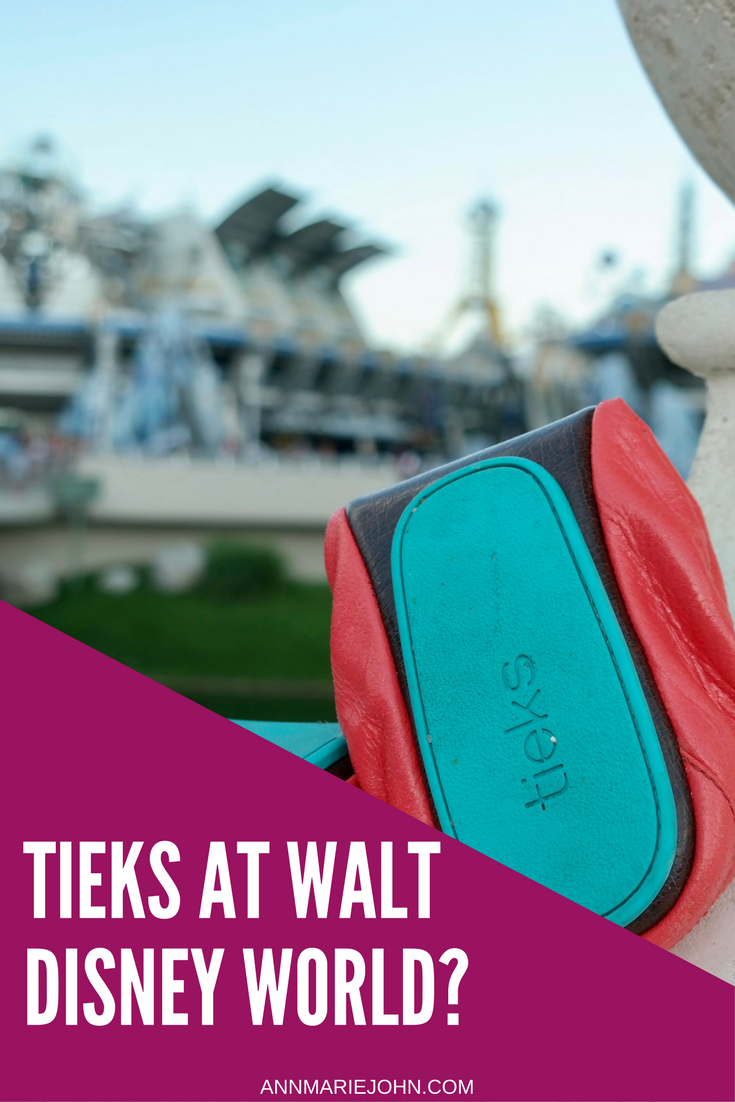 The day started off as any regular day at Walt Disney World. We left around 2pm so we could get to our fast pass rides, and we intended to stay until the fireworks. I do Disney at least twice a year, so I knew where to sit in the shade, when I needed to cool down, etc. Our plan was simple, get to our fast pass rides, since we knew the park layout, then maybe hit up a ride or two to pass the time since we’re only allowed 3 Fast Pass+ rides until late afternoon, and then relax until the fireworks. 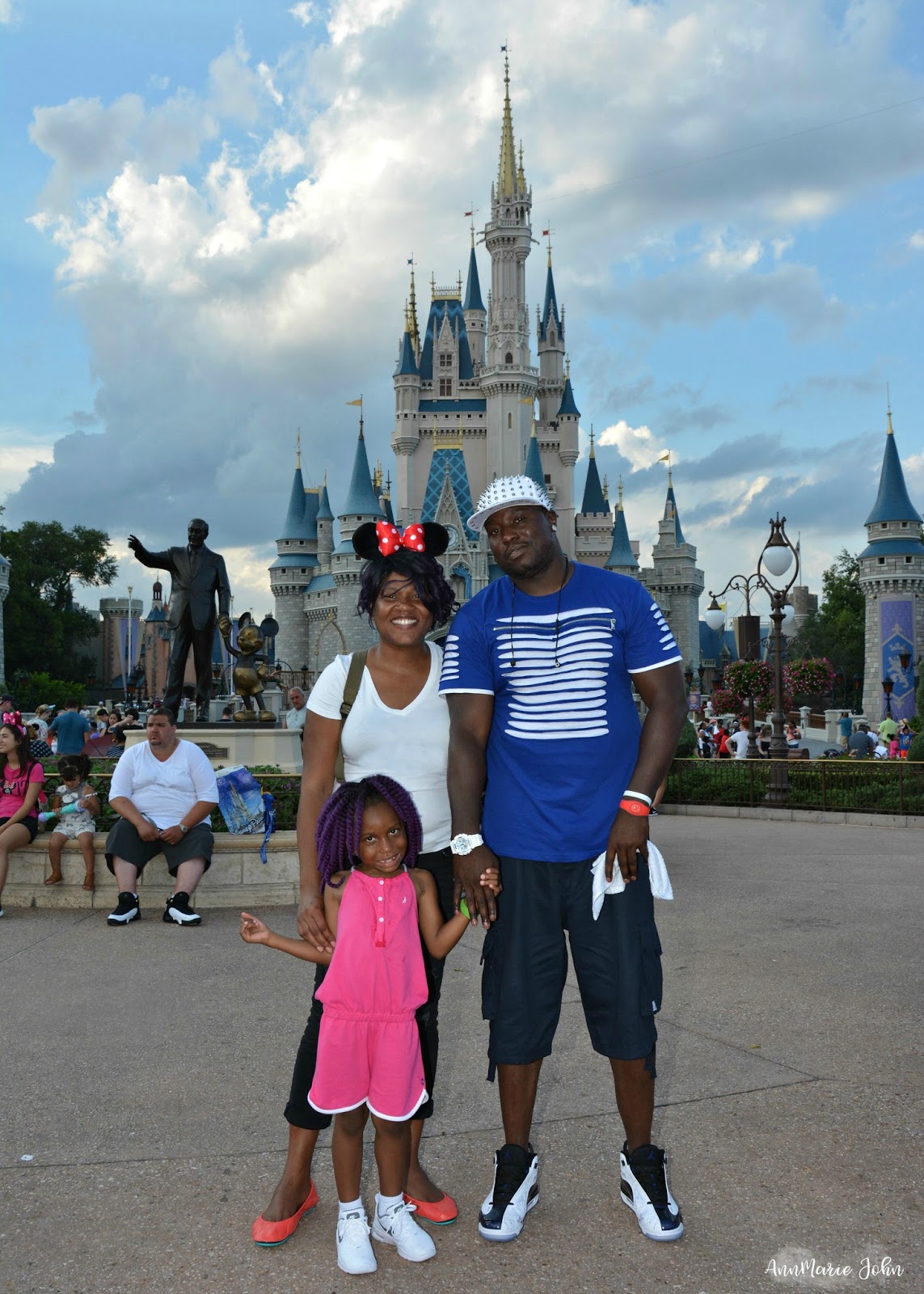 After walking and standing in line, which is what you generally do at Disney World, even if you have a Fast Pass+ reservation, I regretted my decision of actually wearing them. You know that quote:

I mean, it totally made my bland outfit pop, don’t get me wrong, but no-one should be in pain to look cute. My feet were hurting, hurting so badly that I couldn’t enjoy myself. I actually wanted to take my Tieks off while waiting in line to see Mickey and throw them at him. I could feel every step I took, it felt like my feet were on fire. (Ugly feet photo ahead, you’ve been warned.)

This girl is on fire 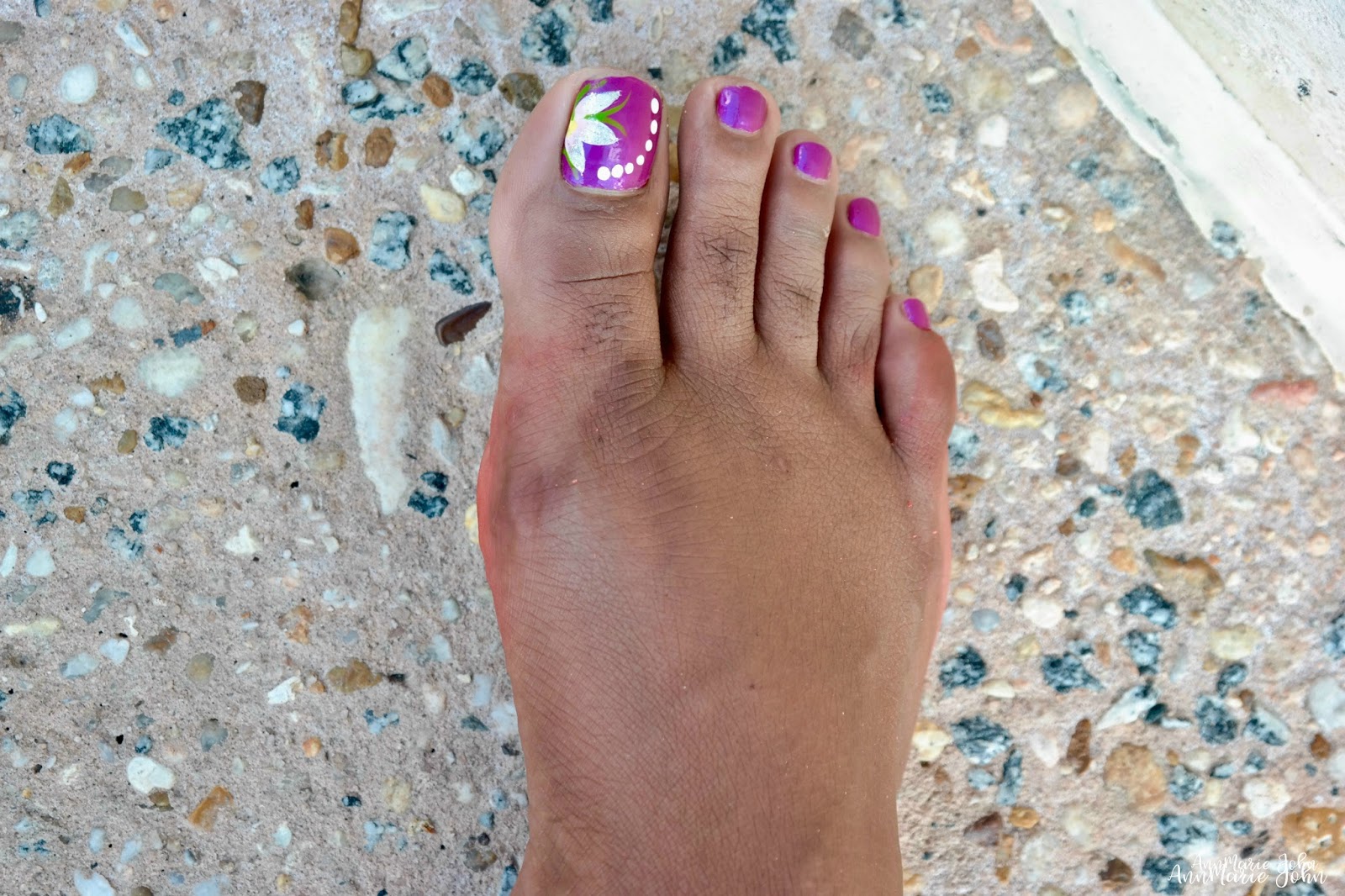 By mid-afternoon, I finally ended up taking them off right before we went into Tomorrowland. While there were no blisters, thank goodness, my feet were hurting badly, and it was red and sore. The redness you see above, though, is from the color of my Poppy. I’m sure I was a sight. The little black girl standing on the side with her family, changing her shoes. After all, who brings an extra pair of shoes into the park? I did! Since this was my test run of wearing Tieks for many hours at a Disney Park, I was smart enough to make the decision to walk with an extra pair. Lucky me! 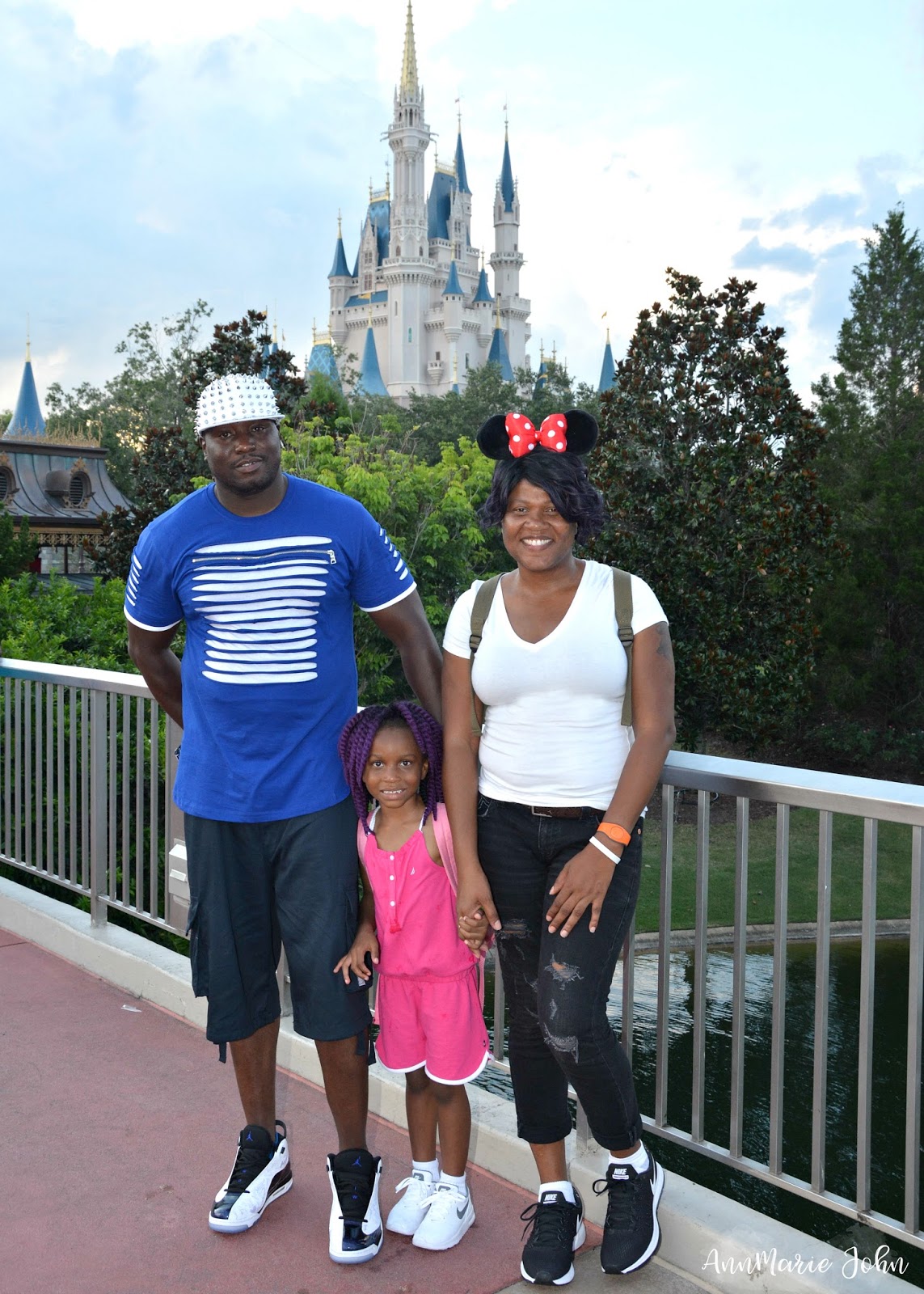 Tieks are fantastic and are perfect for that dinner date or a stroll in Disney Springs. However, if you’re planning on going to a theme park where you know you will be taking a million steps, DON’T DO IT!!! You might as well decide to walk barefoot. Walk with comfortable walking shoes that have been broken in and has support for your feet.

Do I still recommend that you own a pair of Tieks? I sure do, and always will! I’m currently debating on Leopard or Nude Lace. Maybe you can help me decide.