Being a New York transplant living in Colorado, this is one of my most frequent question. “What is there to do in New York City if I visit?”. Over the Christmas holidays a few of my Facebook friends finally made it to the city and before we saw the pictures of them in my beloved city, it was also the one question that was asked. “What should I do, where should I go?”. Well while I can tell you to go to the Empire State Building, take a ride on the Staten Island Ferry, go and visit the Statue of Liberty, I also have to tell you that you need to experience The Ride. What is The Ride you ask? Well it’s more than a tour, it’s an interactive experience that will not only stimulate your senses but give you a taste and view of New York City (NYC) that you’ve never seen before. 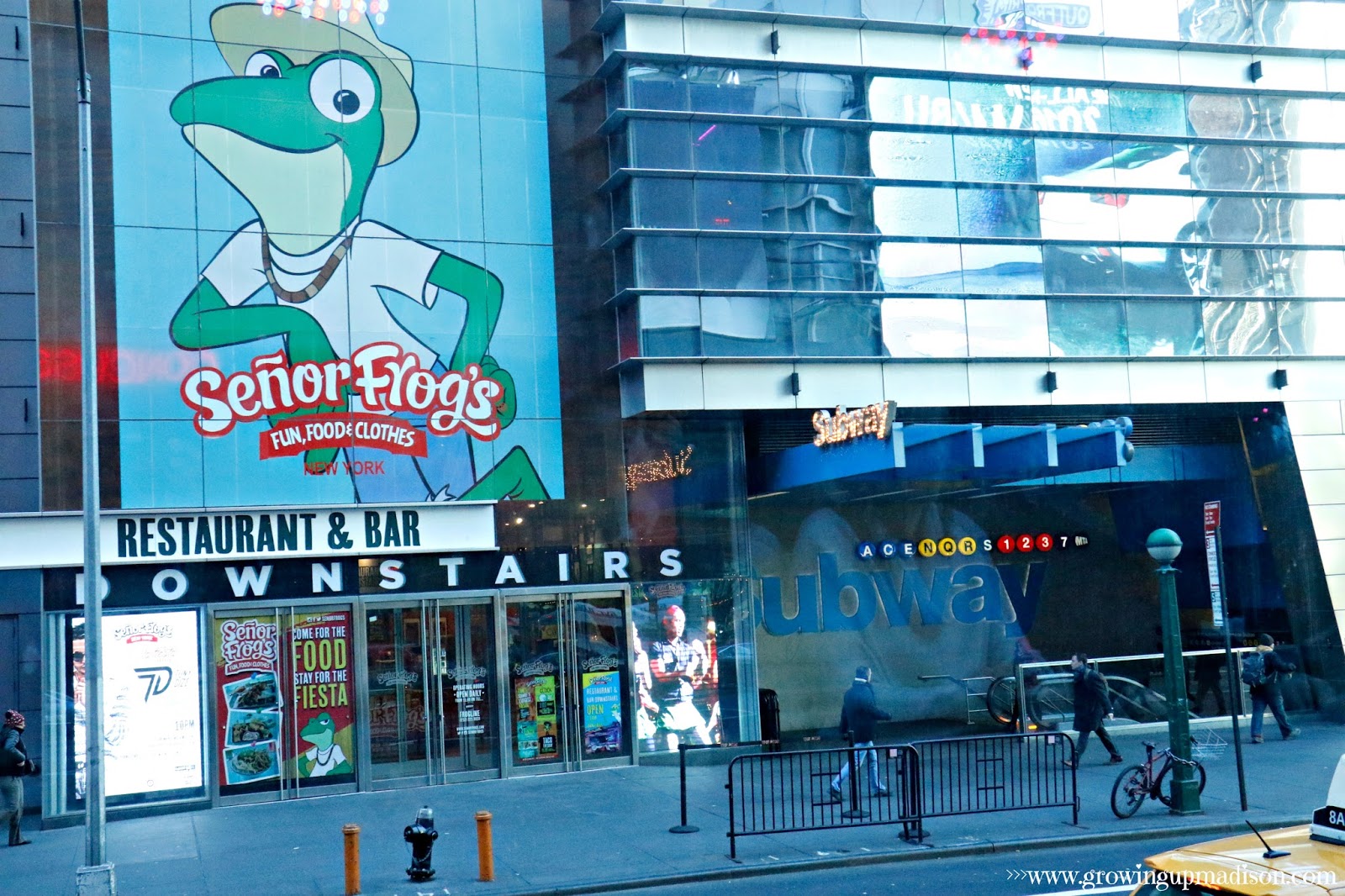 On the day that I Madison and I decided to experience The Ride, it was 29° in the city. Although I’ve lived in NYC for more than 1/2 of my life, I think living in Colorado has spoiled me. It was frigid and felt more like 2° that day. The Ride can be boarded on 42nd Street and 8th Ave, and we waited across the street at Señor Frog’s Restaurant and Bar, which has a partnership with The Ride so that we could stay out of the cold. It’s also a great way to get a few drinks or a quick snack on before boarding since it’s recommended to be there 15 minutes before your bus arrives. They also leave on time. It’s a NYC thing! Madison was bundled from head to toe but it didn’t stop the party, and what a party it was when we finally got on board the “Ride Tour Bus”. From the moment you board the bus it’s non stop. The 2 “tour guides” were amazingly fun and kept us entertained for the 90 minutes or more that we were on board. 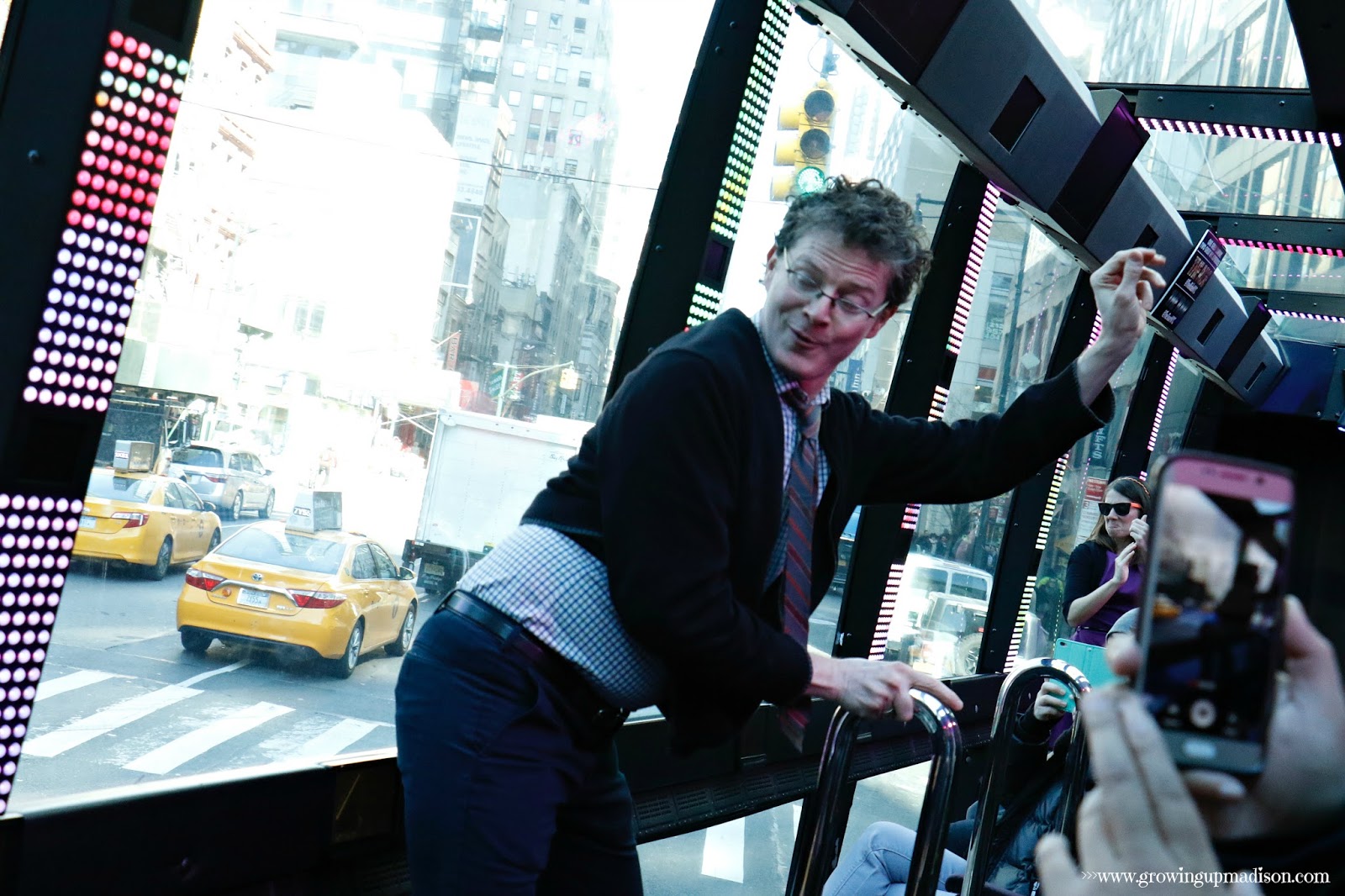 The Ride is definitely quite unlike any tour bus that you’re going to experience in the city. You’re talking floor to ceiling windows so no view is obstructed, Plasma TV screens with surround sound and a talking bus. Remember when we thought KITT from the Knight Rider was cool? Well KITT has nothing on The Ride! Our Ride Bus was a walking encyclopedia of everything NY and was told in such a way that not only teaches but entertains as well. While they do give the general “tour”, showing you well known landmarks, there is also so much more to learn and it’s all done theatre style. Where else can you see a businessman tap dancing in the street or meeting up with a ballet dancer at Columbus Circle and giving us front row seats to their amazing dance? Or even a street performer who happens to meet up with an amazing singer to sing a few show tunes? 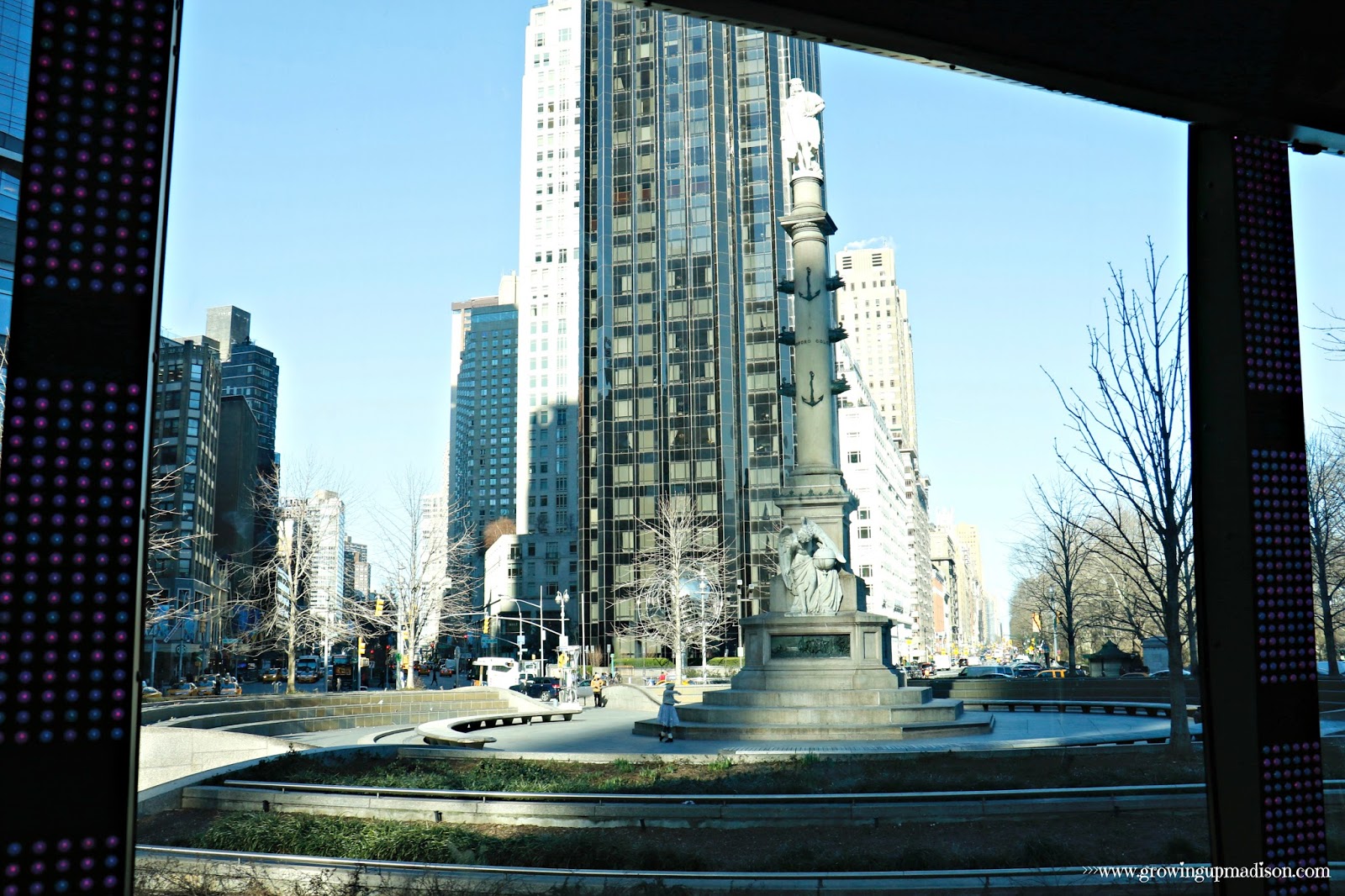 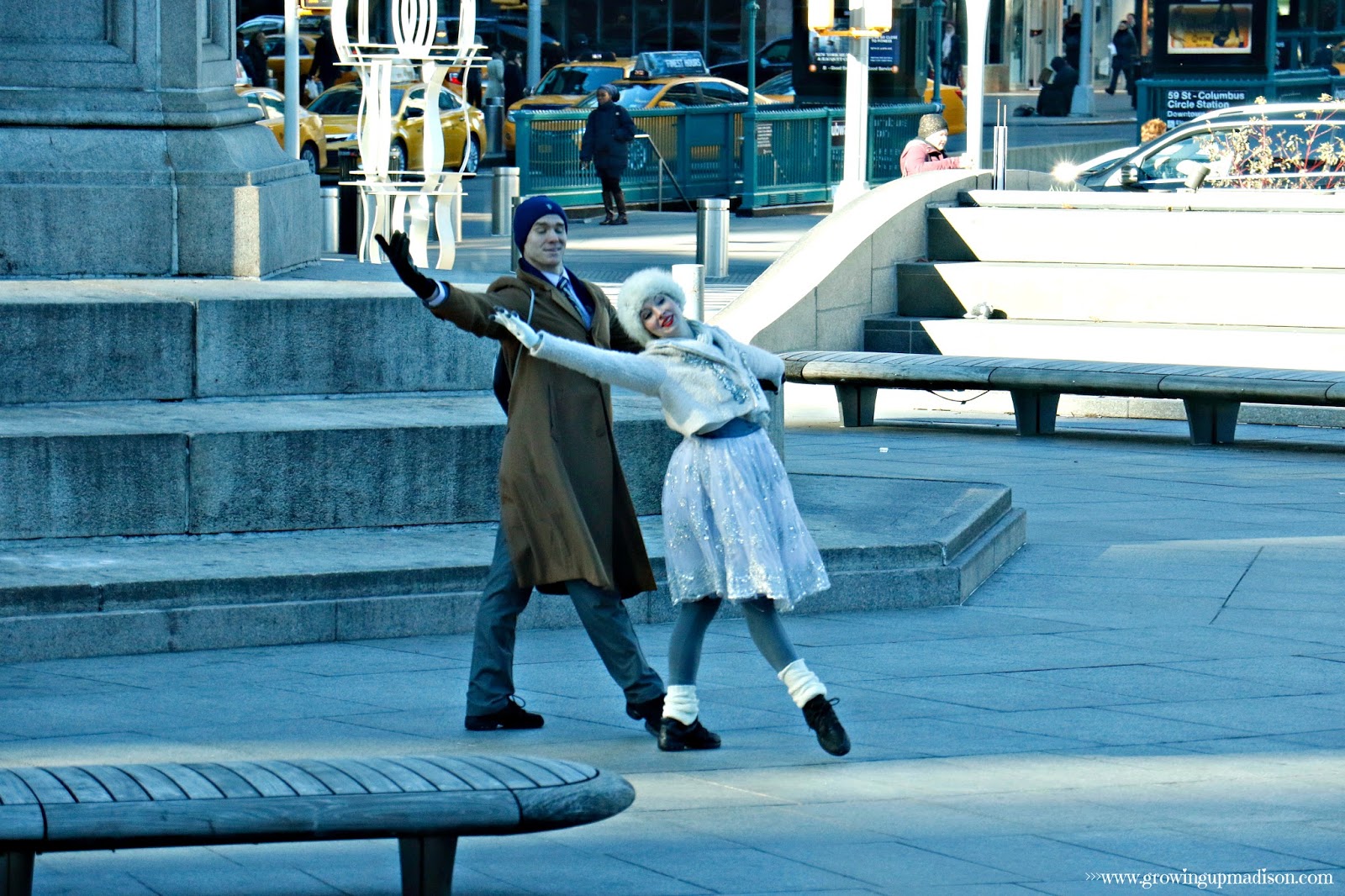 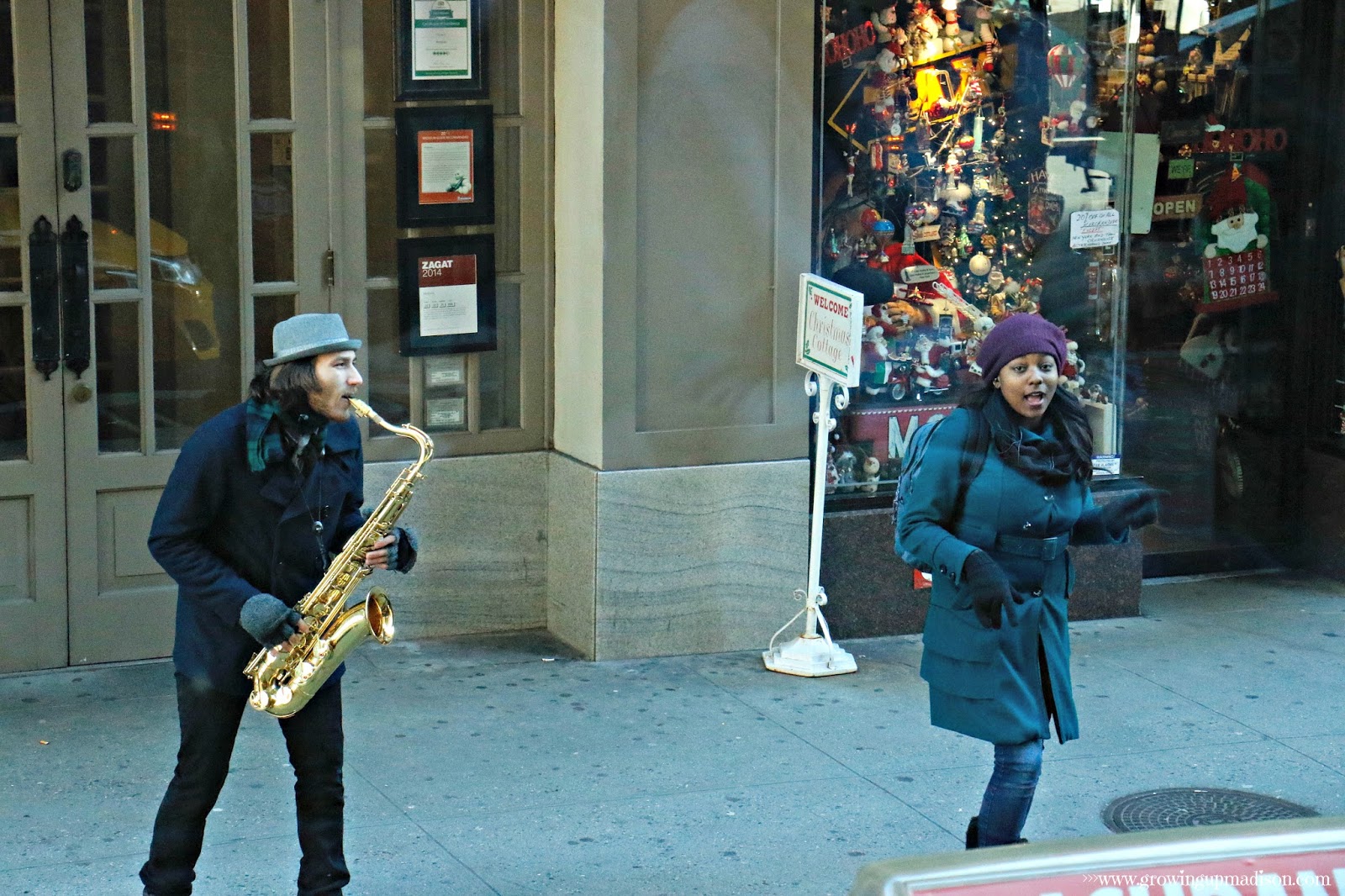 All of your experience is timed perfectly so you don’t miss a thing. It truly is an experience and one that you just have to do. The guides were hilarious and had us laughing non-stop and so did the bus. There truly engaged the riders by asking questions and then the bus gave us his expertise, which also had us rolling in our seats from laughter. You get front row seats to the Broadway District, Columbus Circle, Lincoln Center, Central Park, 5th Avenue, Times Square, Rockefeller Center, Radio City Music Hall, Empire State Building, 42nd Street, Bryant Park, New York Public Library and SO MUCH MORE! 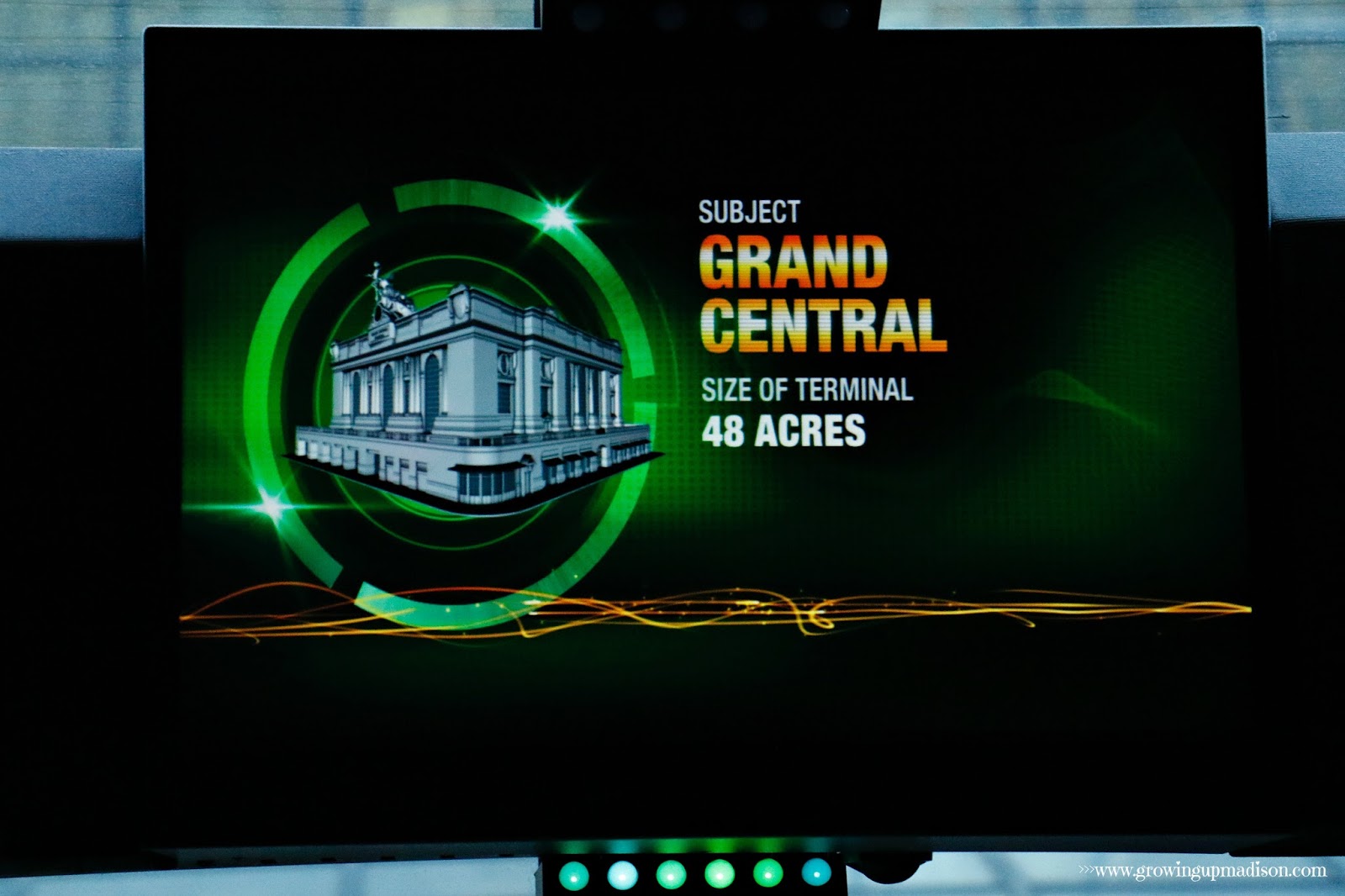 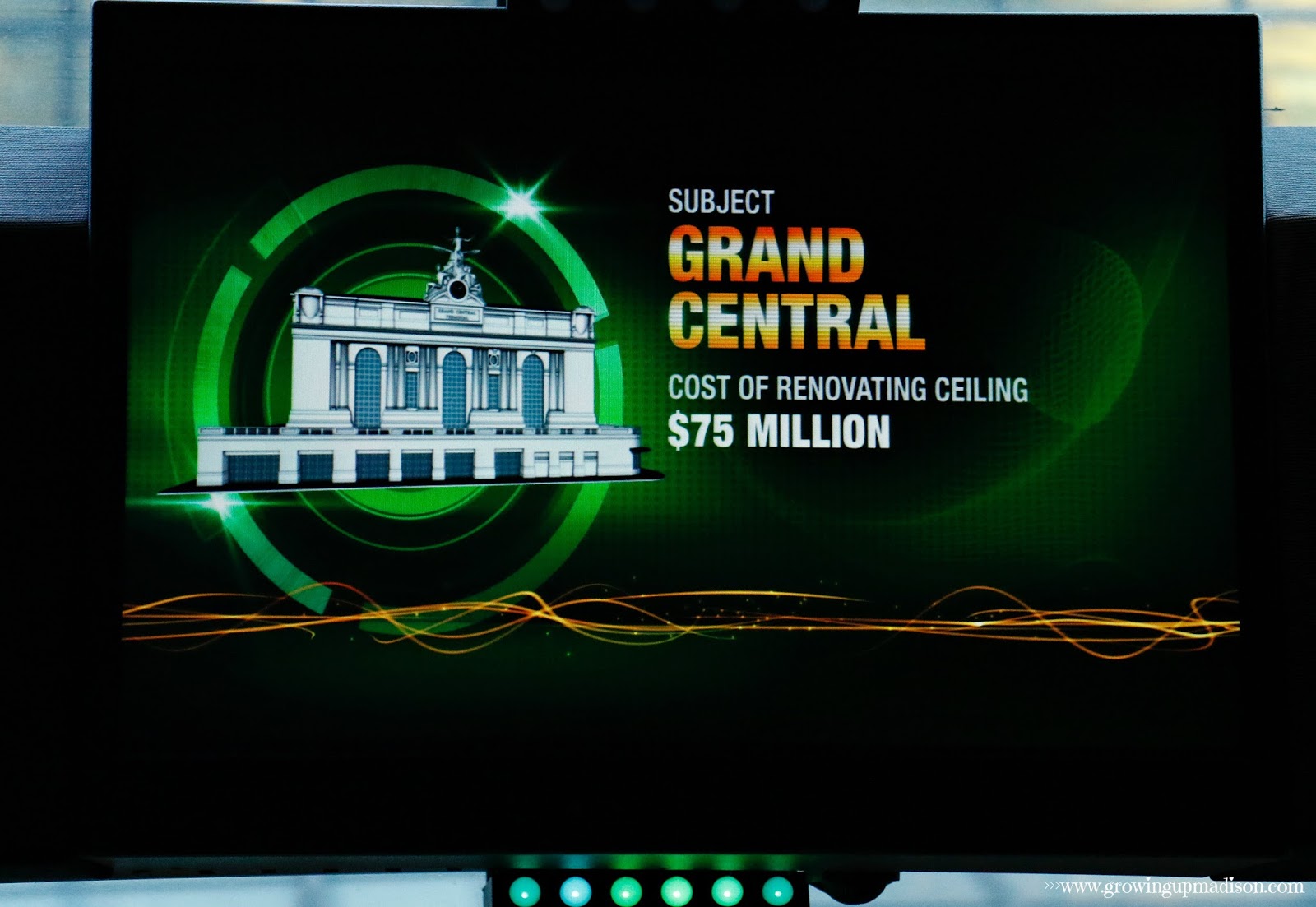 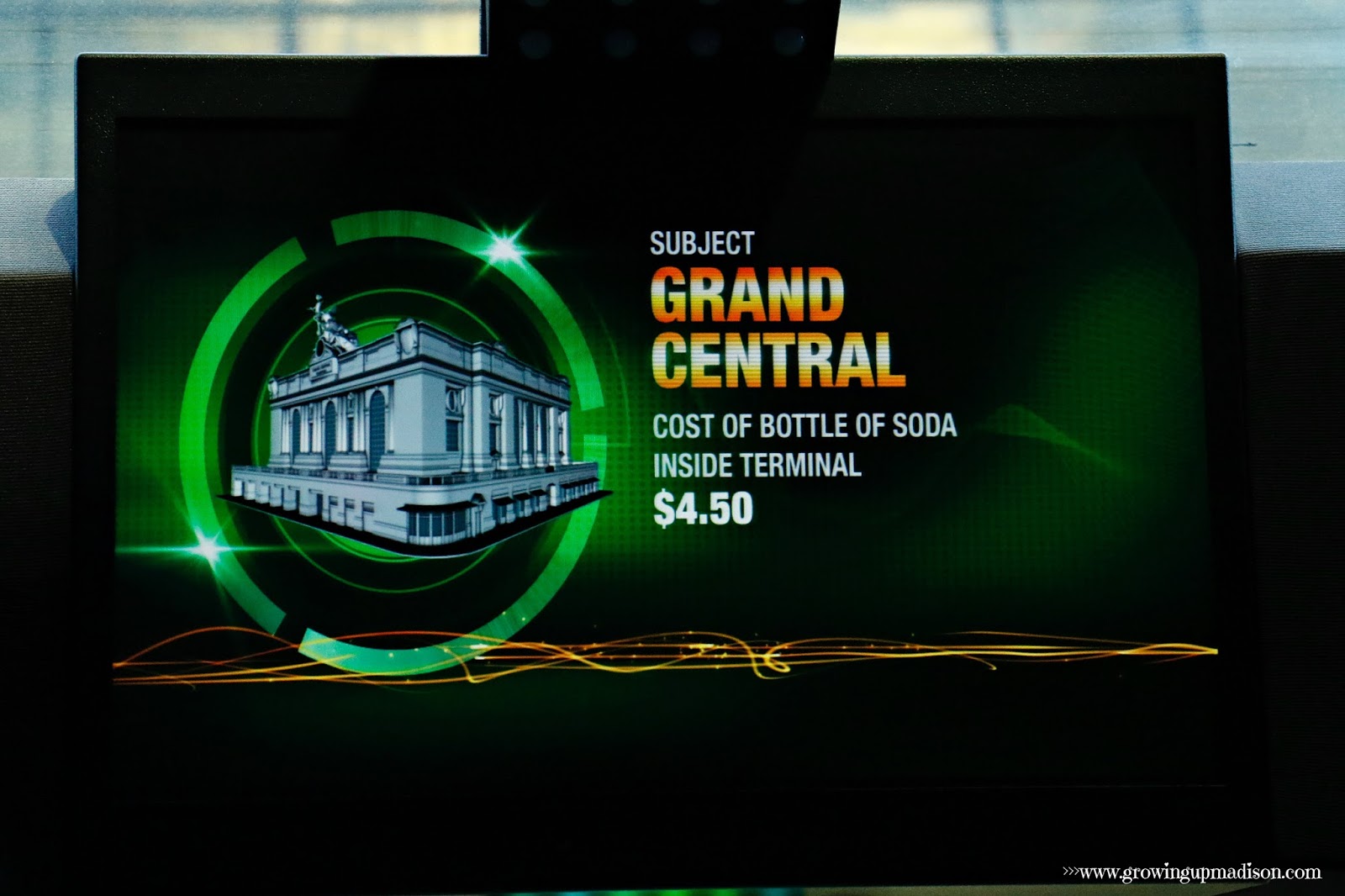 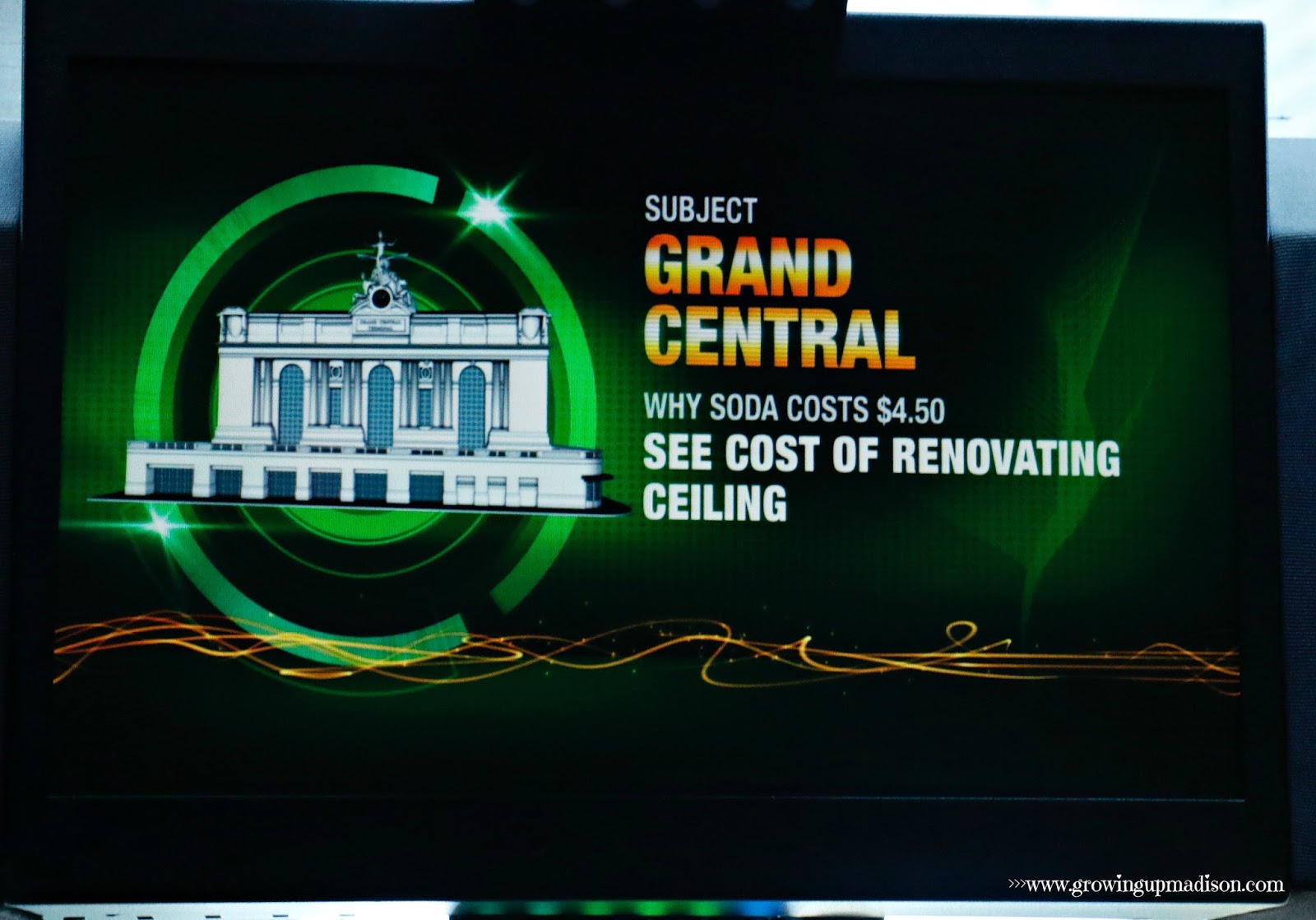 It ended with us karaoke singing the New York song made famous by Frank Sinatra.

These vagabond shoes, are longing to stray

Right through the very heart of it, New York, New York.

I wanna wake up, In a city that doesn’t sleep.

And find I’m king of the hill, top of the heap.

These little town blues, are melting away.

I’ll make a brand new start of it, in old New York.

If I can make it there,

I want to wake up, in a city that never sleeps.

These little town blues, are melting away.

I’m gonna make a brand new start of it,

In old New York, and…

If I can make it there, I’m gonna make it anywhere.

The Ride is a one of a kind experience and totally something that I would encourage any visitor or even native New Yorker to experience. I’m happy that I was able to experience the Ride with Madison and she got to see the city that never sleeps like no other. So if you’re in New York City, experience the Ride. It’s a definite NYC must do!

Here are the ways you can connect with The Ride: