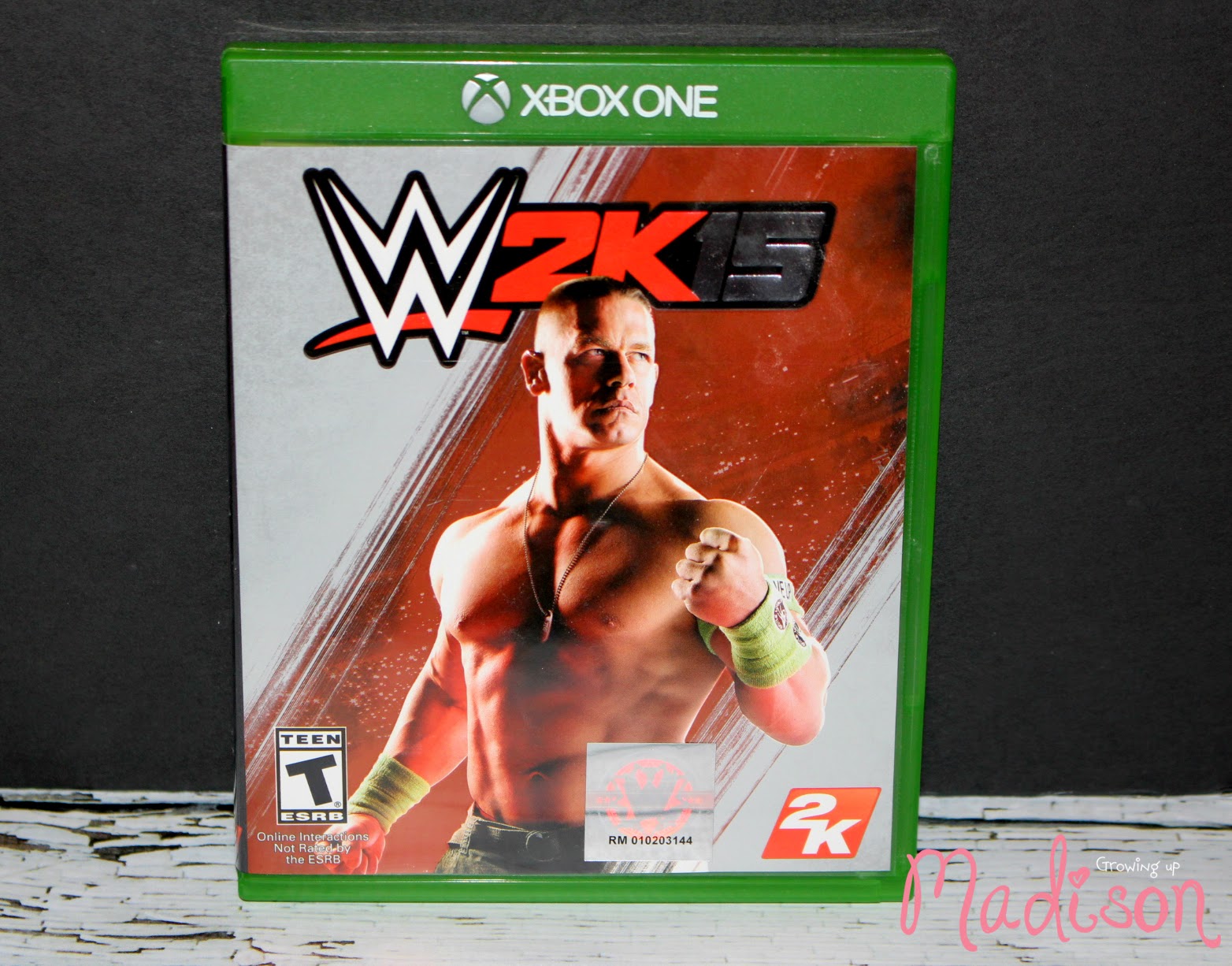 It’s another Big Kids review featuring another video game. My family are wrestling fanatics. My mother is probably the biggest one of all. She says she has been watching wrestling since the days of King Kong Bundy and Andre the Giant. My mom grew up watching wresting with her mommy and daddy and believe it or not my granny still watches to this day. She never misses WWE Raw or Smackdown and would call mommy to tell her what was going on if mommy happens to not be watching, which is very rare. With a family of wrestling addicts there has been quite a lot of wrestling video games and every year a new one is added to the list. This year it’s of course WWE 2K15 published by 2K Games. Not only is mommy a big fan of WWE but she’s also a fan of 2K and have been purchasing 2K games ever since they first came out with their basketball game YEARS ago. Back then they were sold for $20 but the price has gone up and so has the quality of the games. Another of her favorite is Borderlands but that is another blog post. Anyway back to WWE 2K15, it is currently available for Xbox One, PS4, Xbox 360 and PS3.

This is the first year that 2K Games has taken over the WWE franchise. There are a few feature updates that I want to share with you if you’ve played the game before, and even if you haven’t. 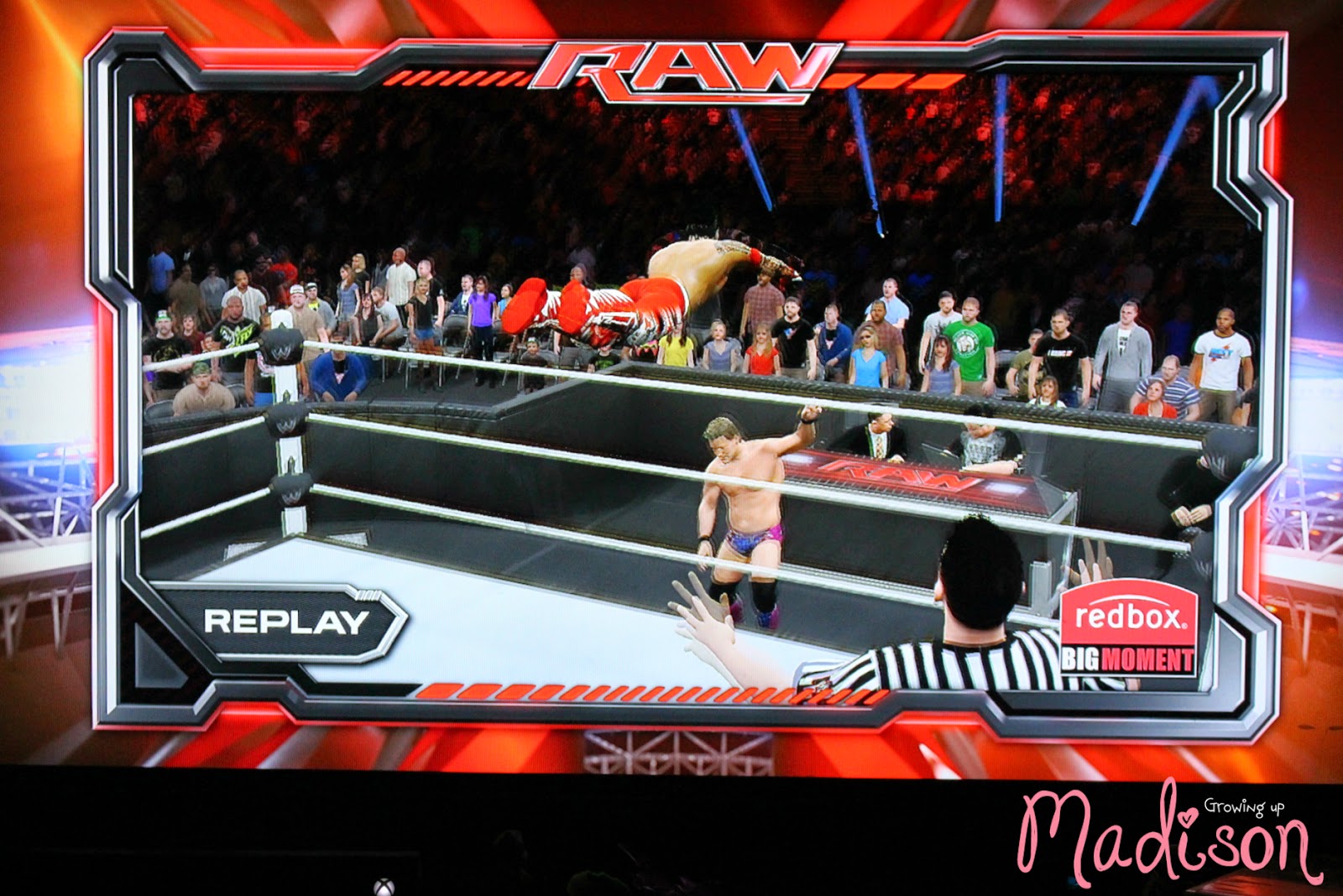 Introducing: 2K Showcase: Relive the groundbreaking rivalries of John Cena vs. CM Punk and Triple H vs. Shawn Michaels in a new single player campaign told through your gameplay and historic WWE footage. Additional 2K Showcase content will be made available through the WWE 2K15 downloadable content and Season Pass Program. Three additional showcases will be featured through Season Pass. The rivalry between Randy Orton and Christian in 2011; Top matches for WWE Superstar Mark Henry; and The career of WWE Hall of Famer Ultimate Warrior. Those who purchase Season Pass will also receive WWE Divas Paige and an exclusive playable character. 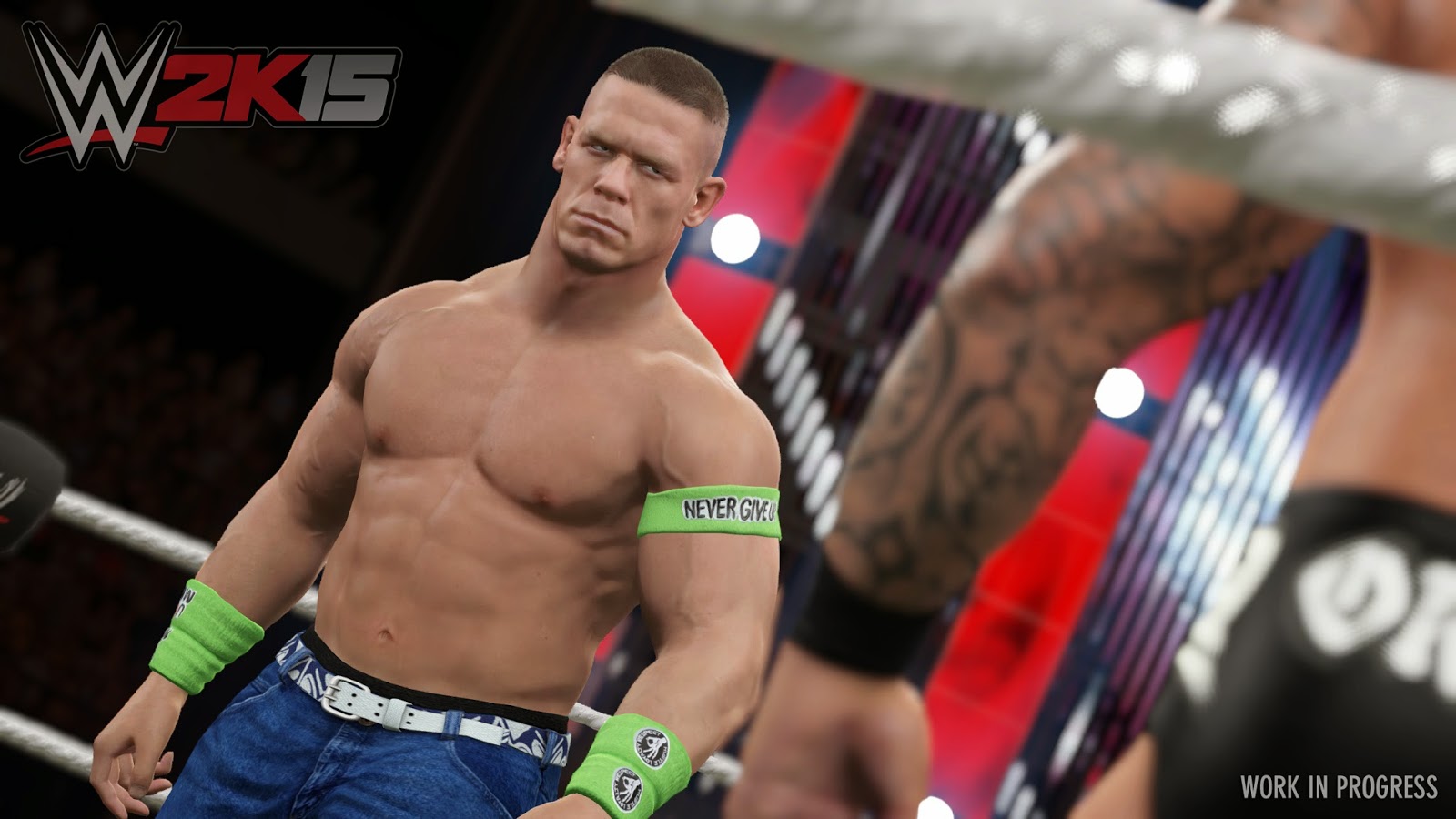 WWE Universe and Creation Suite:  Create your own Custom Superstar, or customize WWE Superstars and Divas, Move-Sets and entrances. Take control of WWE as your actions shape your Universe: storylines, schedule, rivalries, alliances and more! In addition, the new Superstar Studio enables players to import their own photos and designs and apply them to their characters, allowing for the most creative freedom to date! 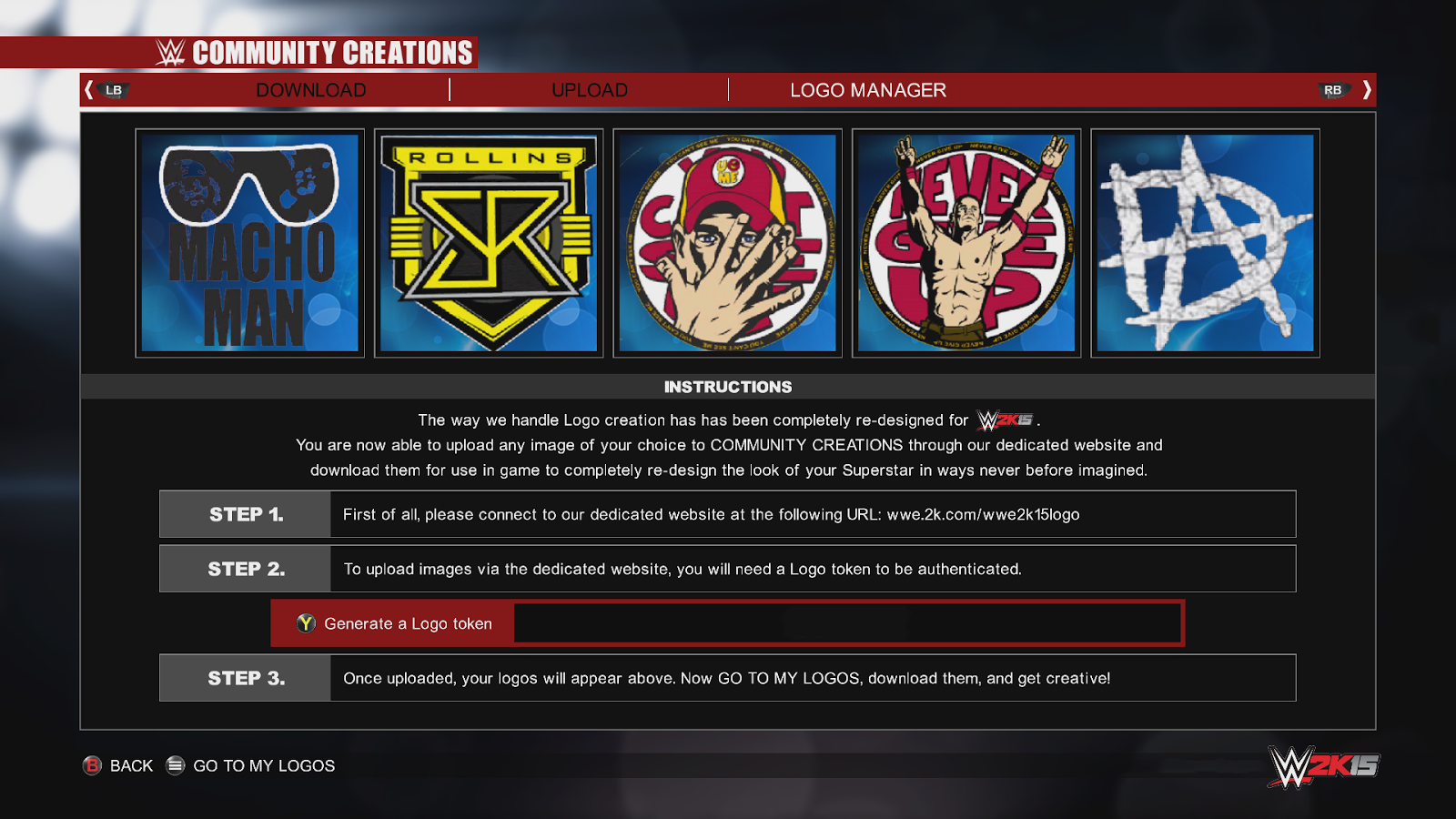 All-New MyCAREER Mode: MyCareer offers hours of gameplay and significant replay value – in particular when players explore characters as both fan favorites and rule breakers. For the first time ever, take your custom Superstar through an unprecedented and authentic WWE career spanning countless hours of gameplay. Begin by taking a character made in WWE 2K15’s Creation Suite to the WWE Performance Center to be trained by WWE Performance Center head coach Bill DeMott. Characters will be led through a series of requirements and then move on to compete at the NXT level. Decisions made at the NXT level, including win/loss record in matches, will lead to branching storylines. After completing the NXT process, characters will move up to the main WWE roster and compete for a chance to win the WWE Championship. Now who doesn’t want to become a champion? 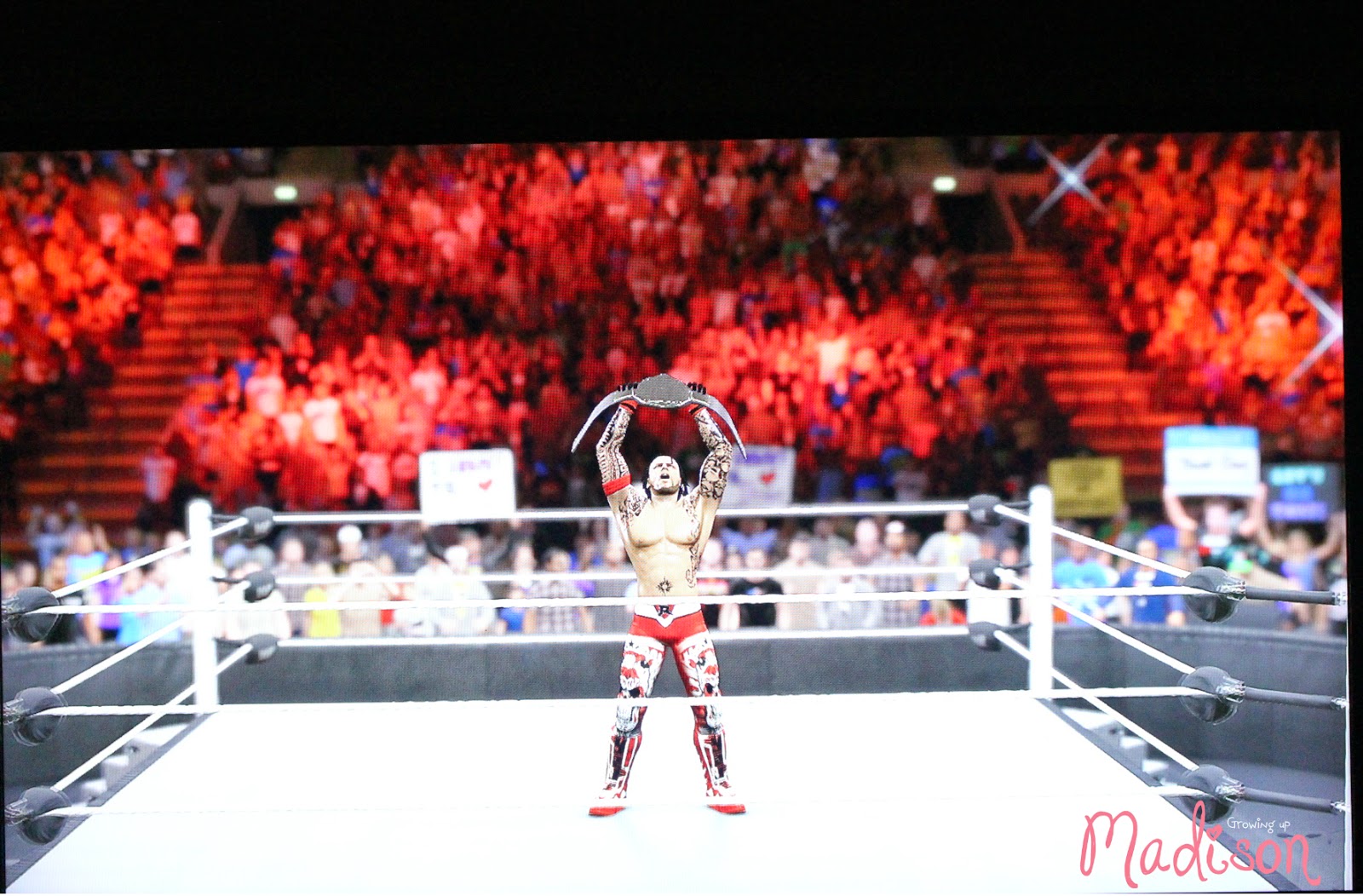 Gameplay Enhancements: WWE 2K15 sets forth a brand new gameplay experience designed to elevate the franchise while accurately emulating what players experience on WWE television and during live events. WWE 2K15 will significantly improve the core gameplay experience through key additions and improvements designed to elevate the franchise now and into the future.  By using new motion capture technology, 2K15 includes five times more new animations than any WWE game before.  Combined with a brand-new chain wrestling system, WWE 2K15 will take the drama and adrenaline of a WWE match to new heights. Just like on WWE TV! Xbox One and PlayStation 4 only. 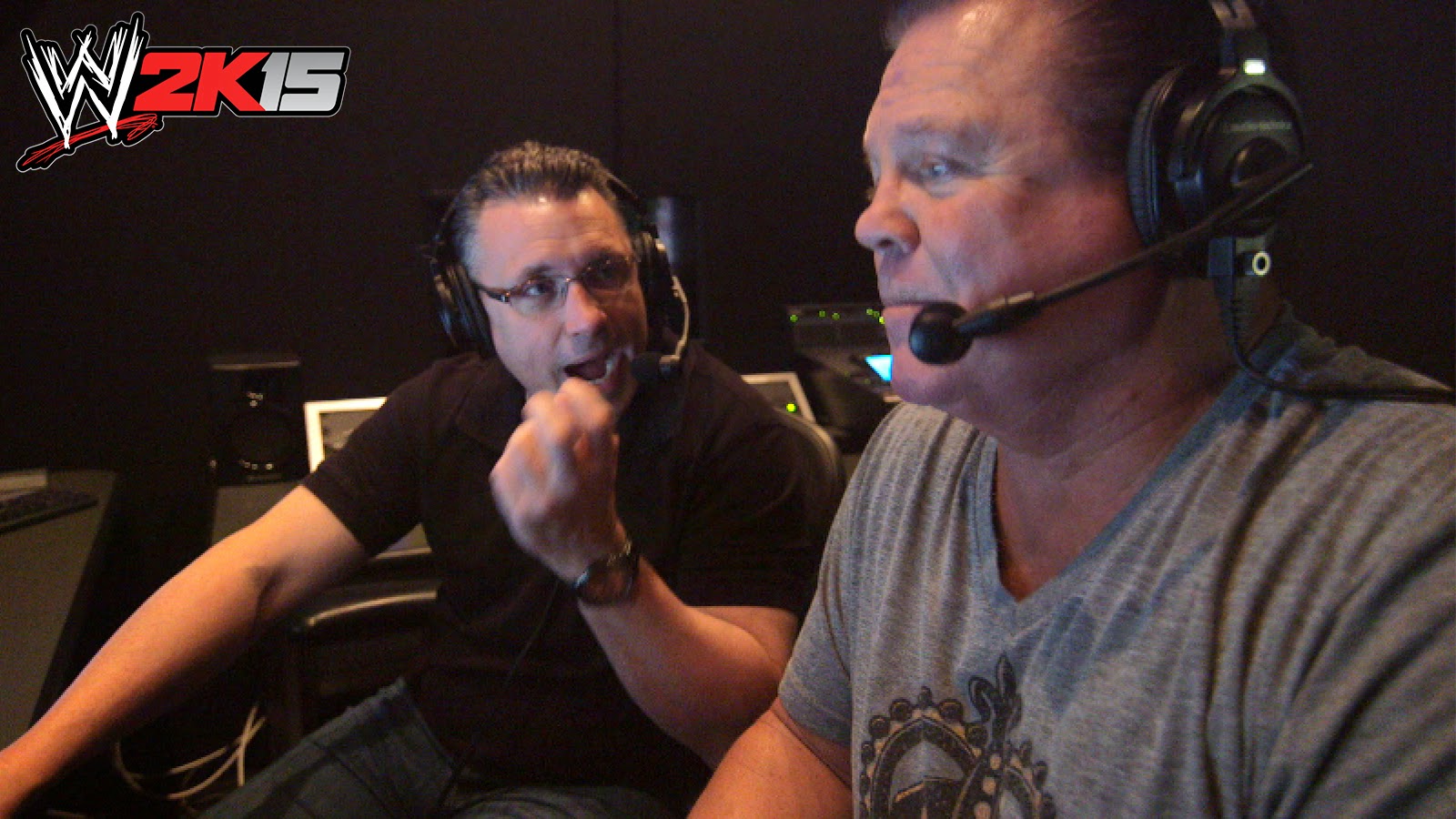 Presentation Overhaul: Proprietary facial and body scanning technology deliver the most realistic WWE Superstars, Divas and Legends EVER. Xbox One and PlayStation 4 Only. Listen to Jerry Lawler and Michael Cole call the action with the best commentary featured in a WWE game to date, with more than five times the lines recorded than any other year.  WWE 2K15 will also feature a custom soundtrack featuring today’s hottest artists, personally curated by WWE Superstar John Cena. The soundtrack features 12 unique tracks from established and rising artists that transcend several music genres, including hip-hop, rock and country. The WWE 2K15 companion soundtrack album, released digitally through Atlantic Records, also features two exclusive bonus tracks – “All Day” and “Breaks” – from Cena in collaboration with hip-hop magnate Wiz Khalifa. 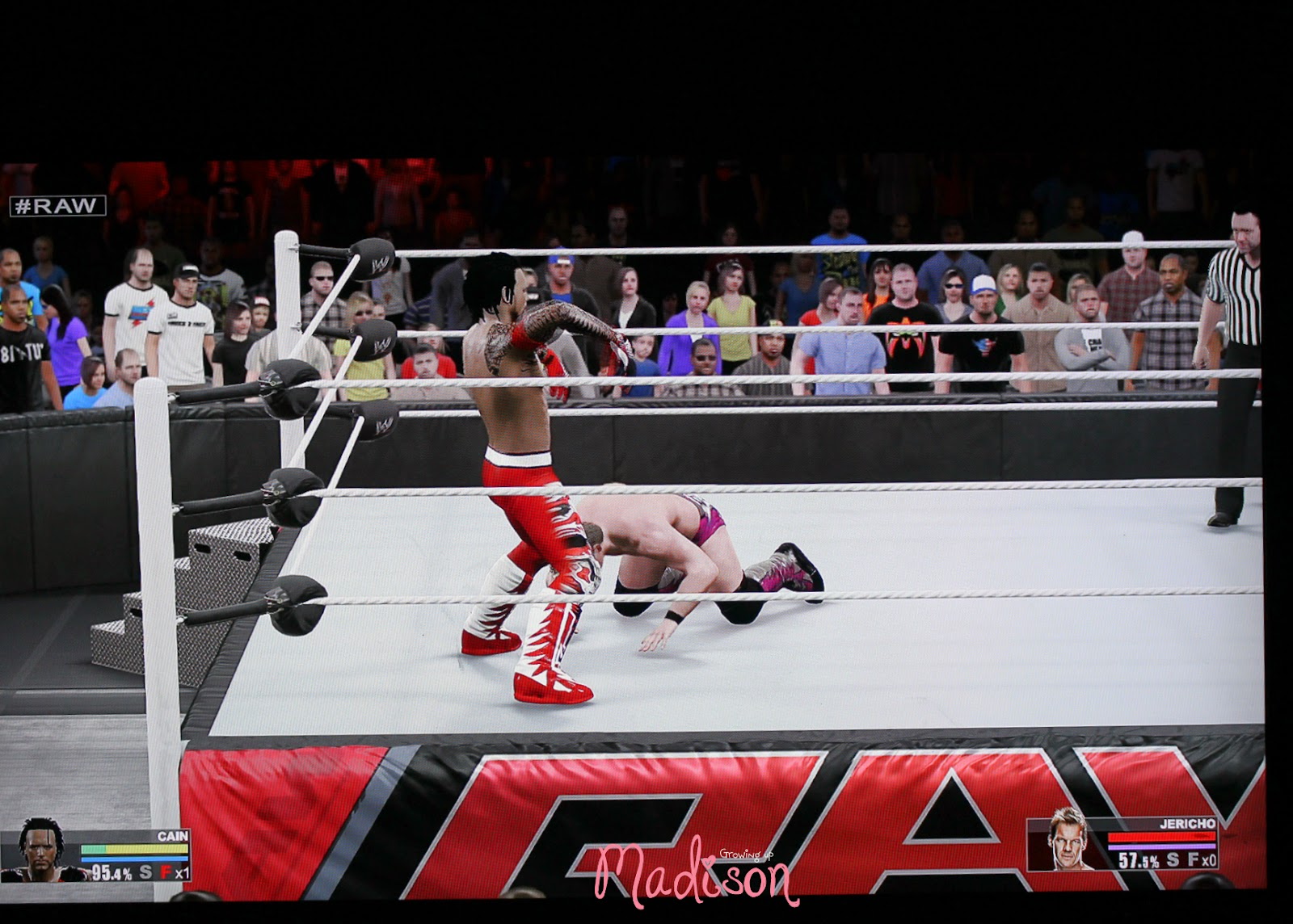 So what were our overall impression of WWE 2K15?

The graphics were absolutely amazing. From the superstars, the commentators and even the crowd, you can tell that a lot of effort was put into the details. We really loved and enjoyed playing the MyCareer Mode. It was fun making our way from the bottom and actually winning a championship match. As for the gameplay? It was very realistic. There is a health and stamina bar that shows you how much stamina and health your player has left. You are going to need to pay close attention to that because it helps you win that championship that you are going to want to win. 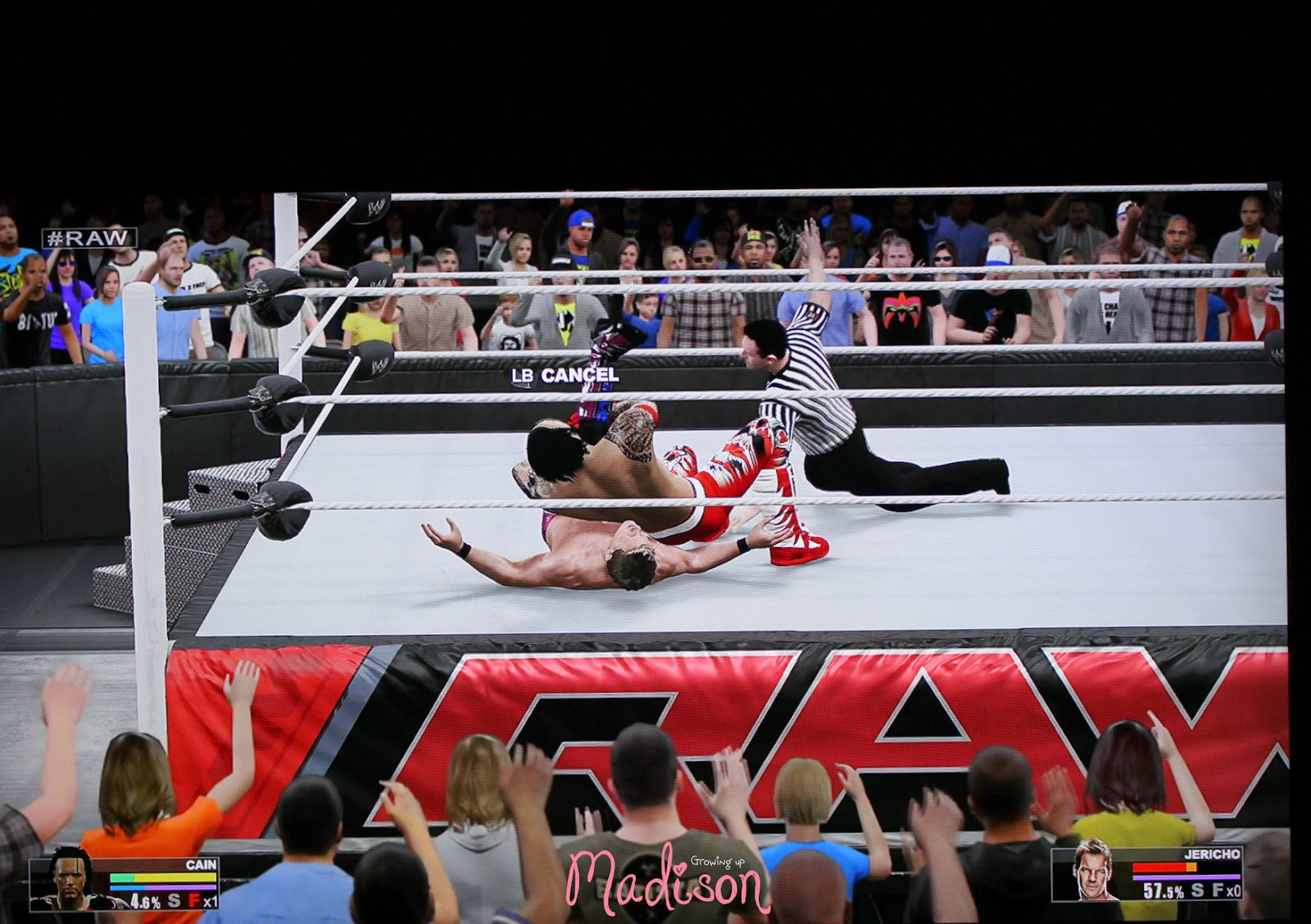 If you’re a WWE fan you are going to love the new WWE 2K15. Amazing graphics and even more amazing gameplay. Just don’t take my word for it, check out the launch trailer video below:

WWE 2K15 gets my parents and big brothers BIG THUMBS UP!

Here are the ways to follow and connect with 2K Games: