If you’re planning your next Disney trip and it happens to be Disneyland Paris and you’re not entirely sure where to stay, may we suggest the Vienna House Dream Castle at Disneyland Paris? 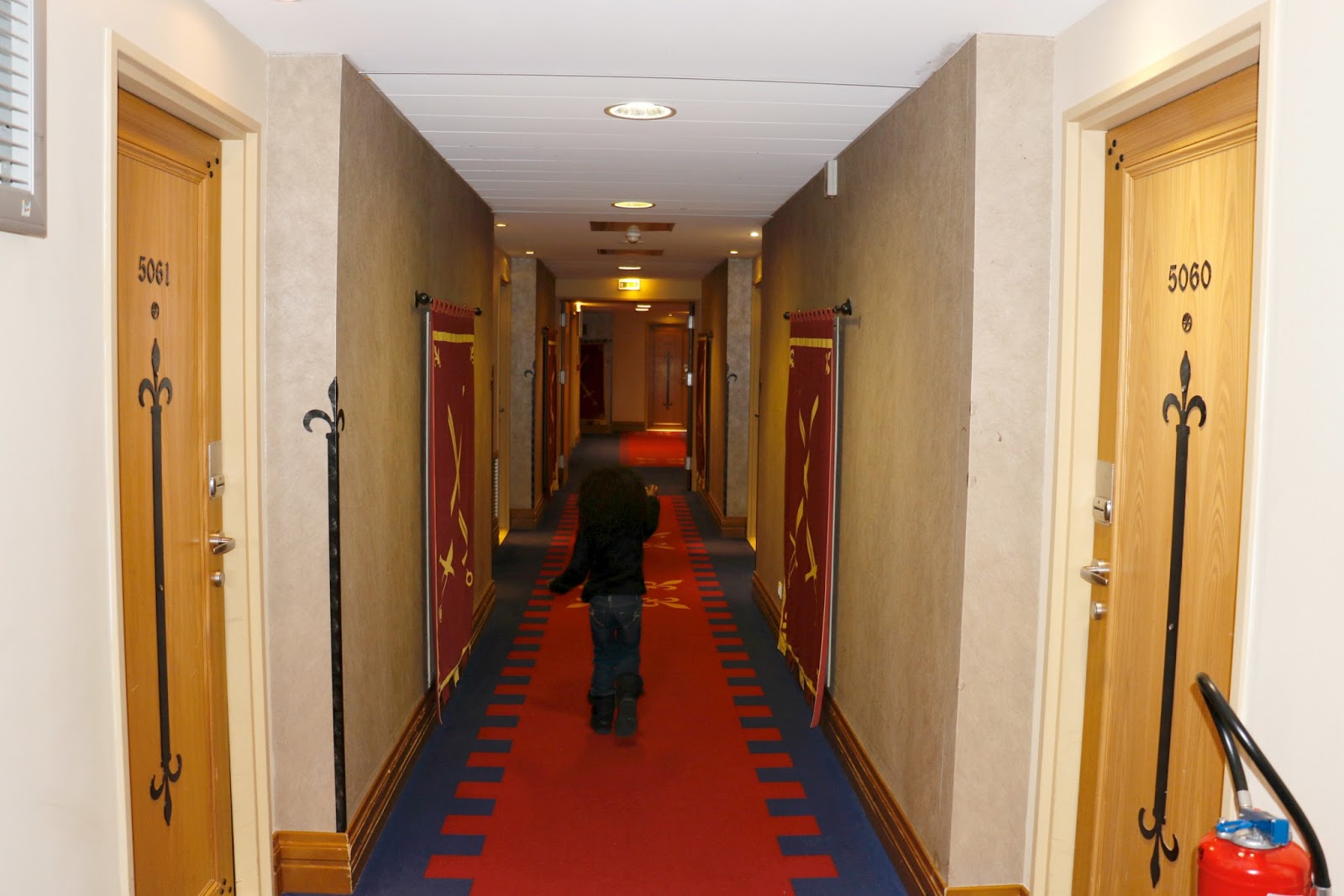 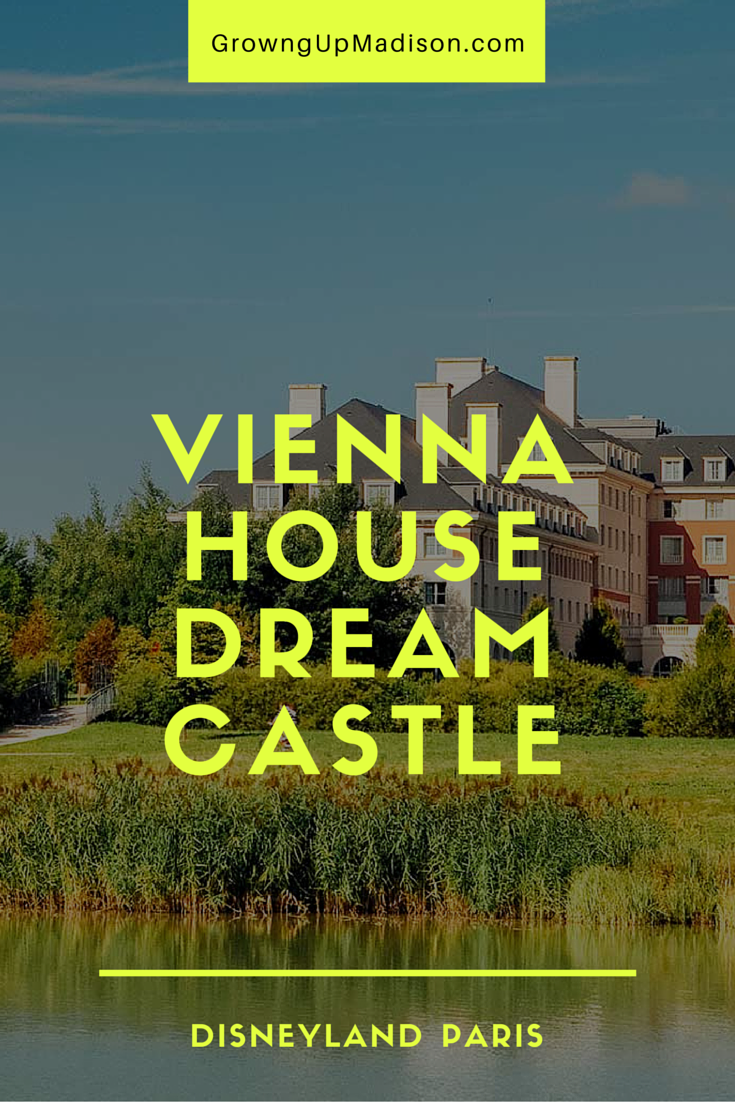 Now traveling to Paris from London can be done in a number of ways, by train, car or air. We decided to take the Eurostar which takes about 3hrs from London to our final destination of Marne-la-Vallée. We decided that 4 days were going to be great, but since we had no family or friends in France, we had to find the perfect hotel. The Vienna House Dream Castle is a 4-Star hotel, but the price is worth it. It offered everything that I look for in a hotel and so much more, and who wouldn’t want to stay in a castle? 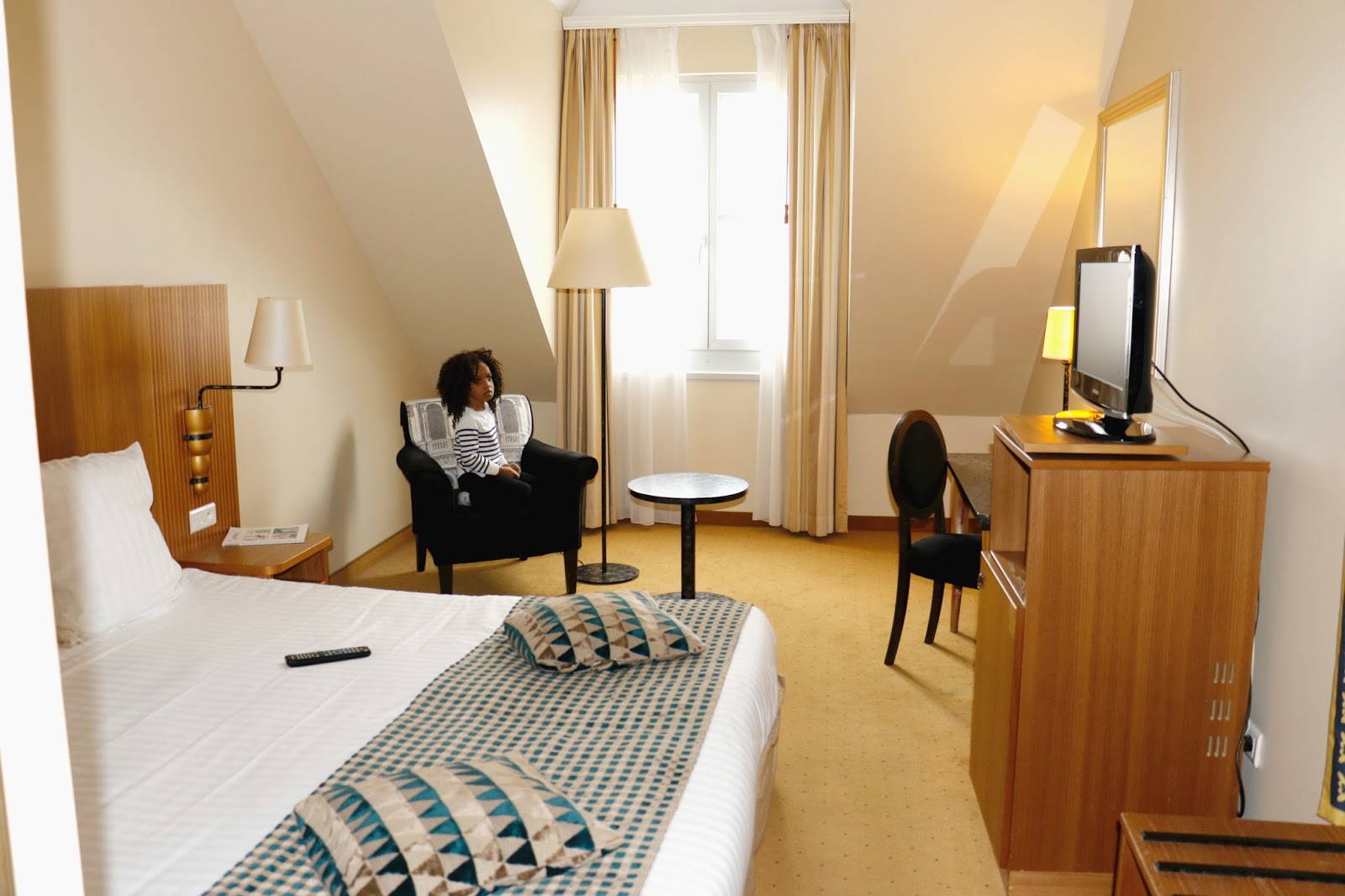 When you get off the train at the railway station, there are shuttle buses that take you to the hotel and also to Disneyland Paris when you’re ready to have some fun. The hotel is in very close proximity to the park and it takes about 5 minutes via the shuttle bus. Upon our arrival Madison wasn’t feeling well and remained sick throughout our entire visit, but the staff was very kind. 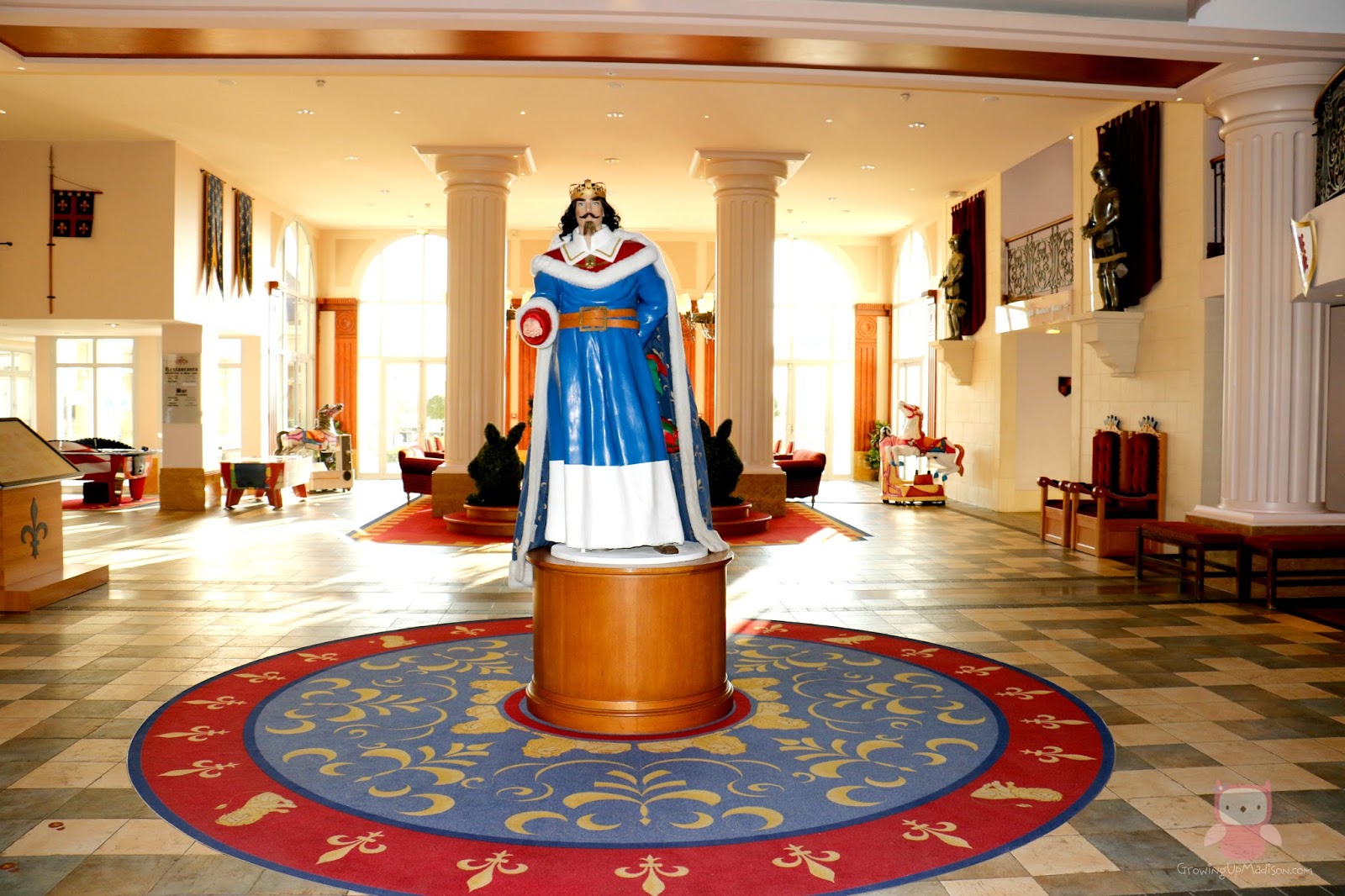 Here’s something to note, most French people do speak English and the staff at the hotel was no exception. They were very courteous and friendly and we felt right at home. Check in was super easy and we were given our keycard to our double room after paying the required taxes. I had an adapter for my electronics that I had recently bought in London, which unfortunately didn’t work in France, but I was able to purchase one at the hotel. 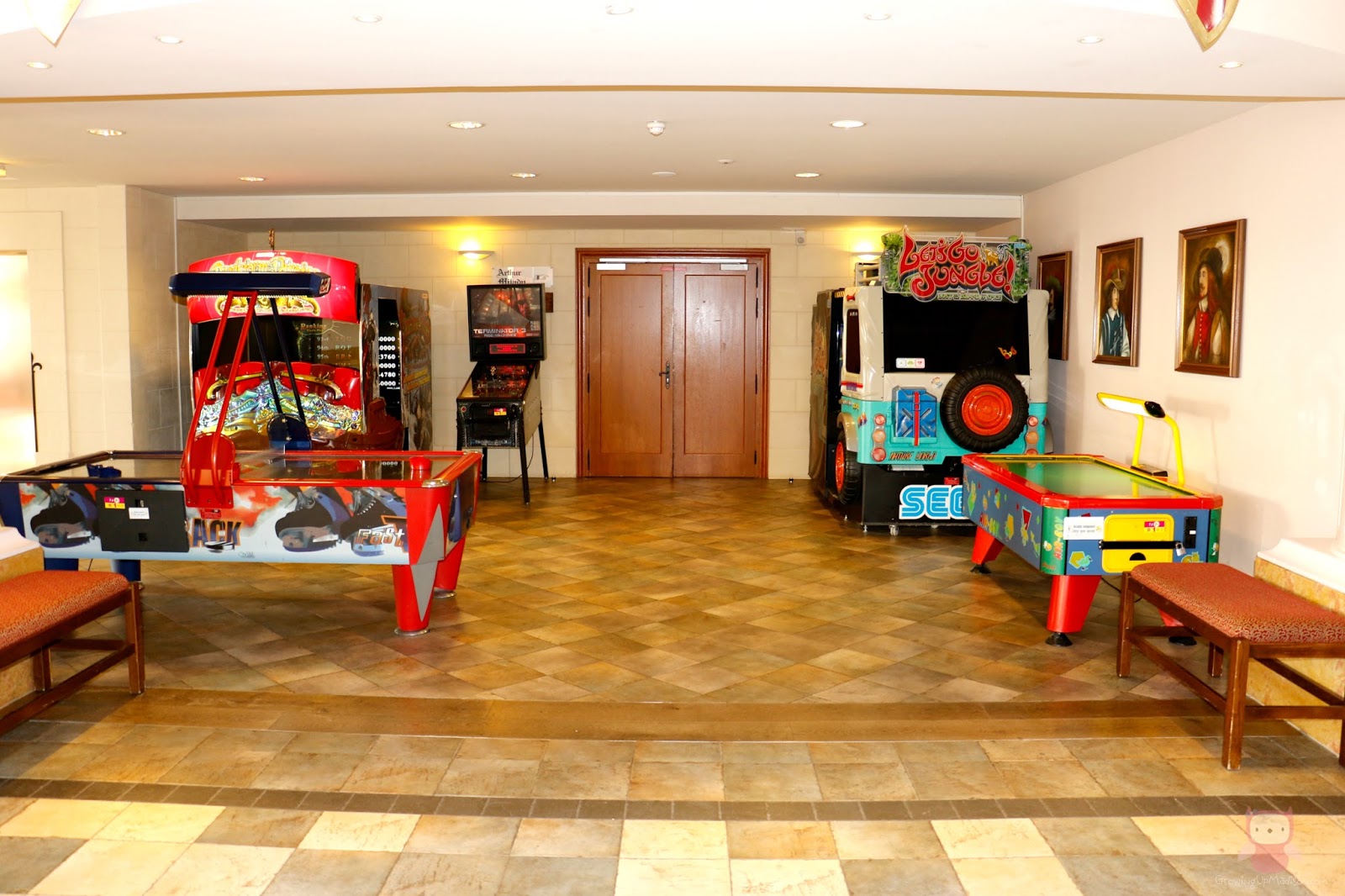 The foyer is reminiscent of a real castle complete with a “King” greeting you upon your arrival. The hotel is kid friendly and there are lots of activities for children to enjoy. Madison enjoyed playing in the ball pit with a few other kids who were there also to enjoy Disneyland Paris. 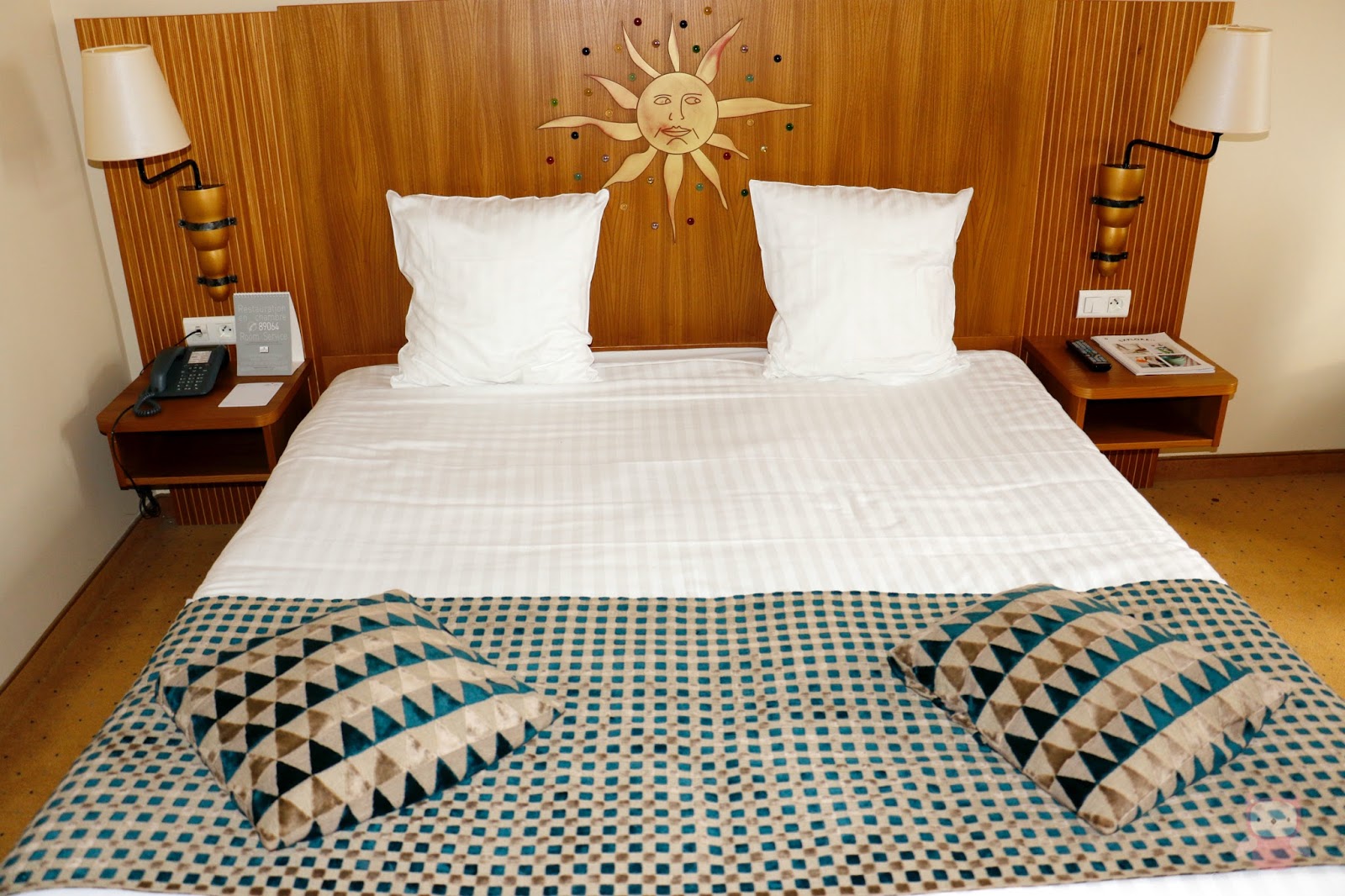 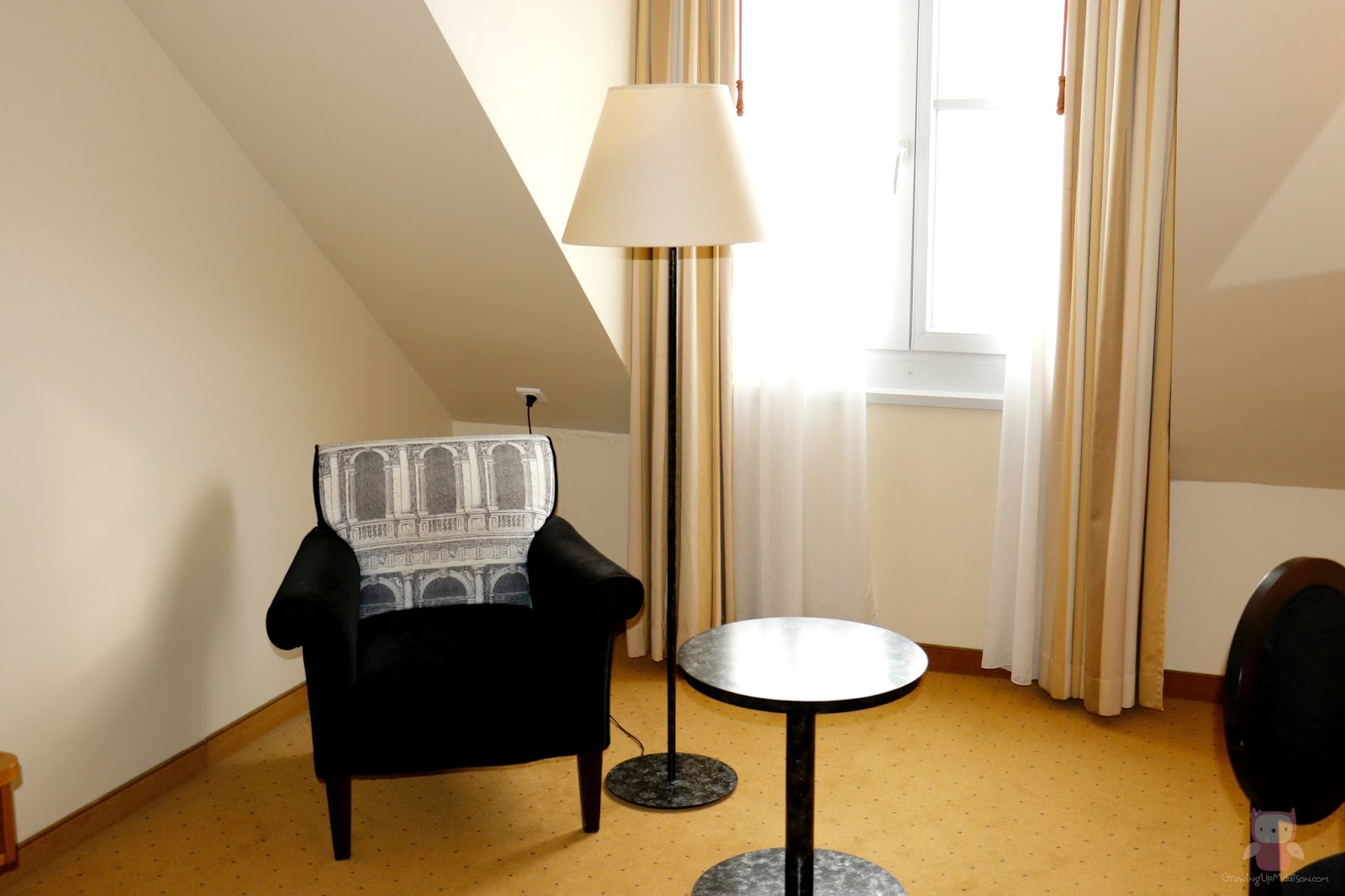 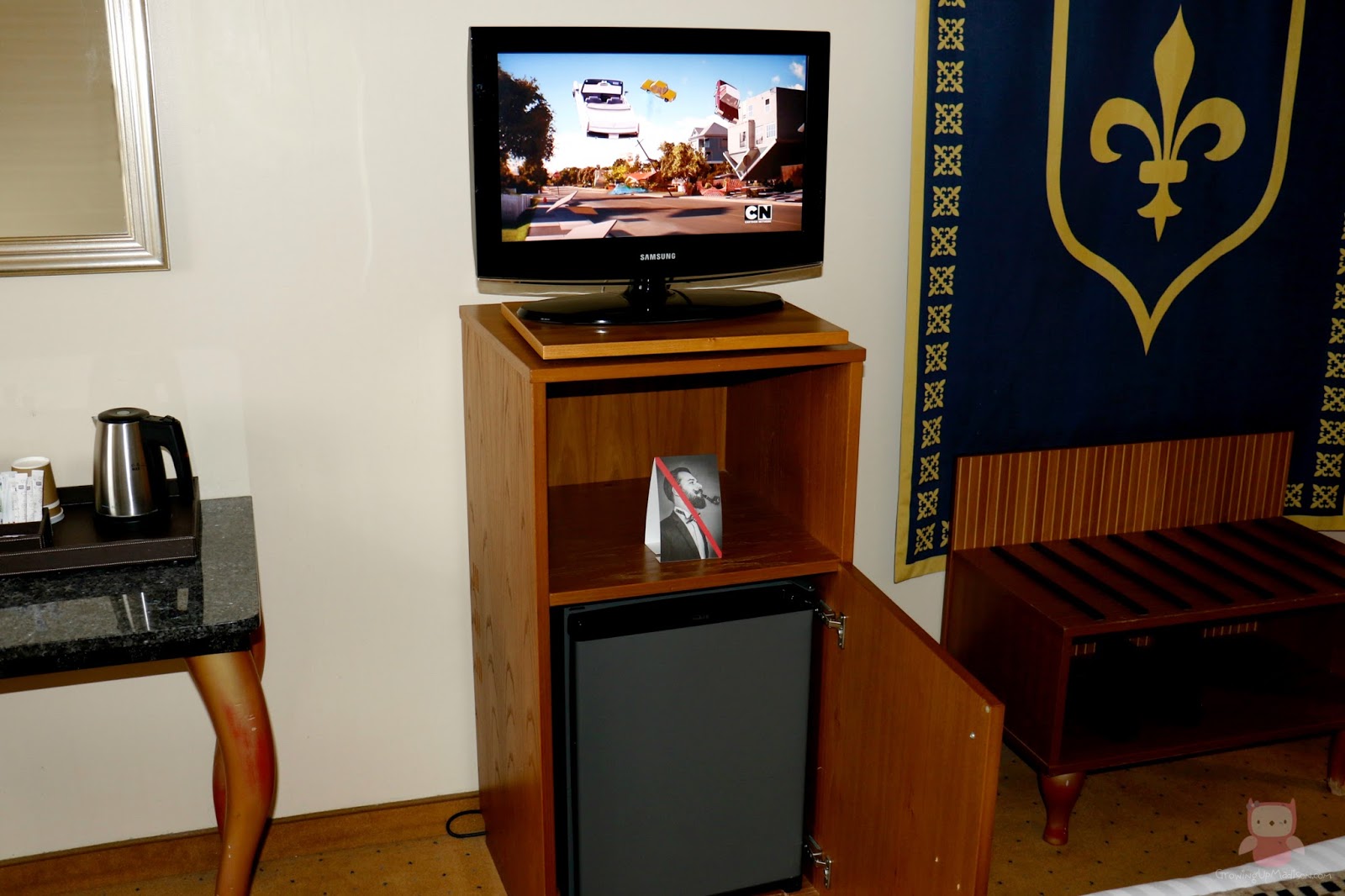 Rooms are air-conditioned and feature flat screen TV’s. While there are kid channels available, most of them are in French and Madison actually looked at Cartoon Network in French. She didn’t understand a word, but you would see her laughing at the characters she knew and loved in English. There is free WiFi, a mini bar, tea and coffee makers and also a combination safe to keep your valuables secure. 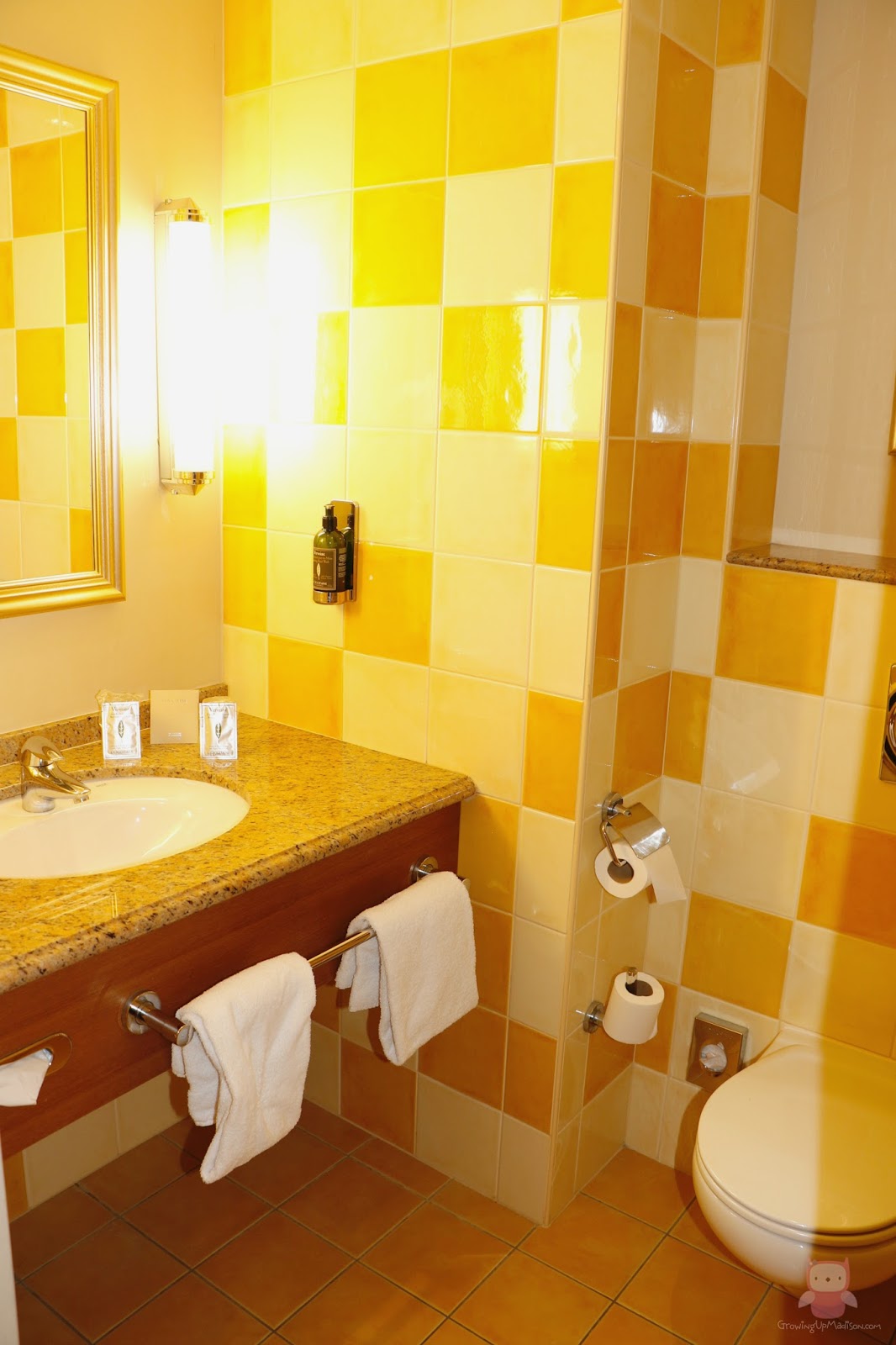 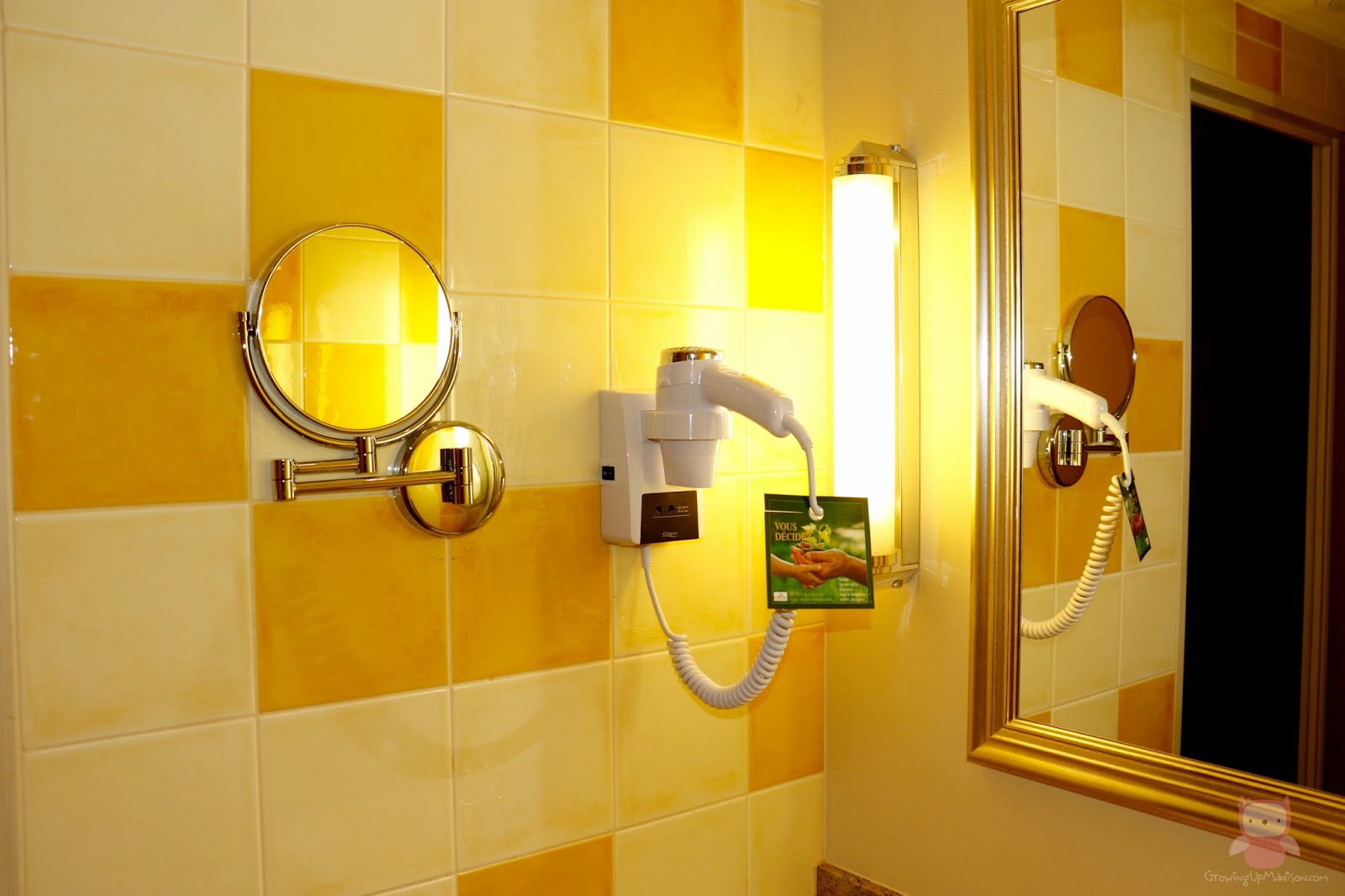 The bathroom allows you to indulge in a luxurious bath with premium body care products by L’Occitane and I’m not talking about samples, but deluxe sizes in terms of body wash, shampoo and hand soap. Products that can last for at least a week and not just one day. As with most hotels, you will also have an included hairdryer. 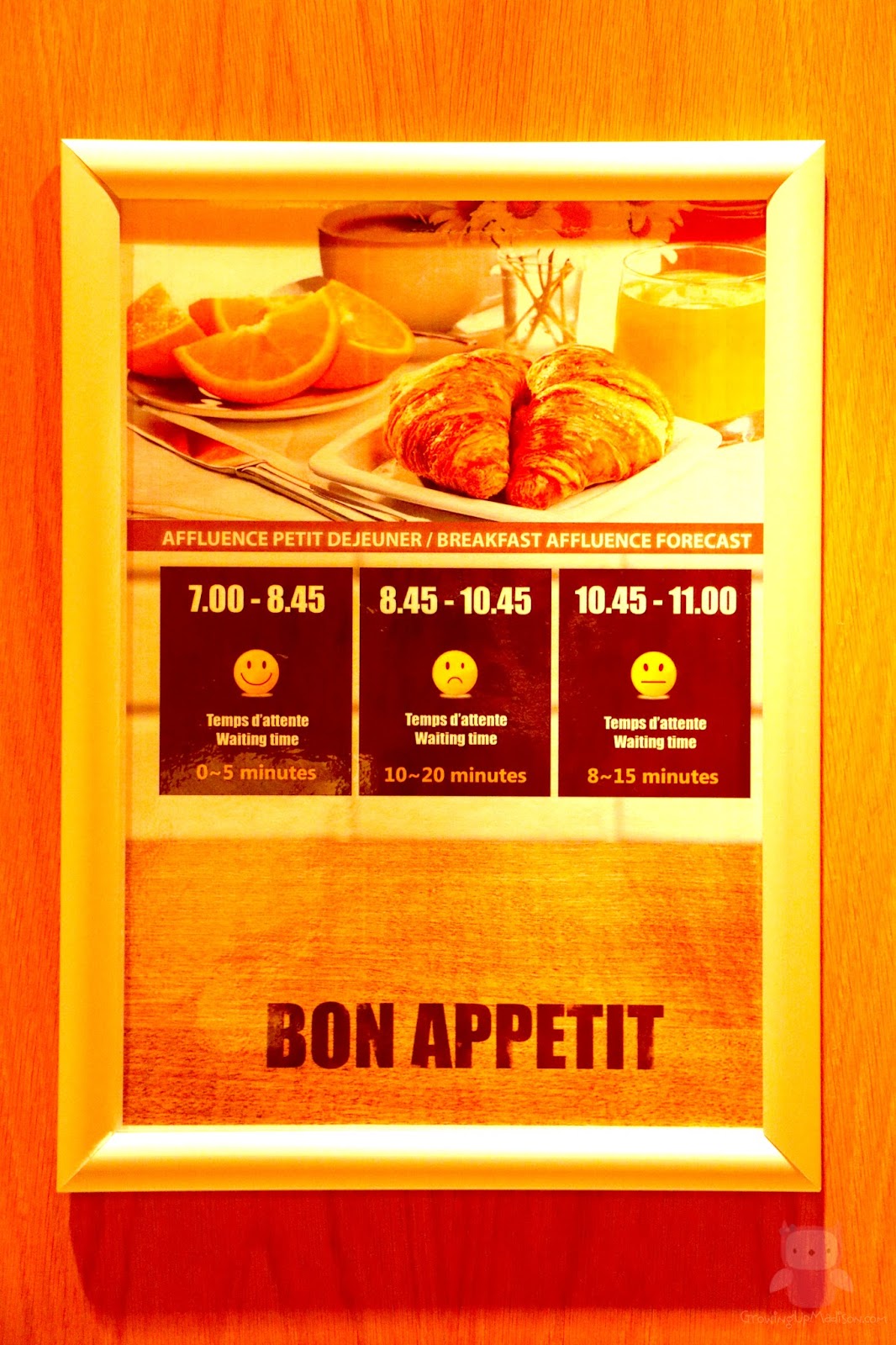 Their international breakfast buffet was amazing. The selection was simply awesome! There were lots of different options, for both vegetarians and meat lovers. Eggs, sausages, baguettes, croissants, toast, yogurt, fruit juices, coffee just to name a few of what was available. I loved how they had a guide chart advising when was the best time to have breakfast to avoid the morning rush. No matter when we got there, however, there were always a lot of people there. Dinner is available for a fee and there is also a bar for the grownups so you can enjoy a glass of wine or maybe something stronger when the kids are in bed. Other amenities include a spa and indoor pool. 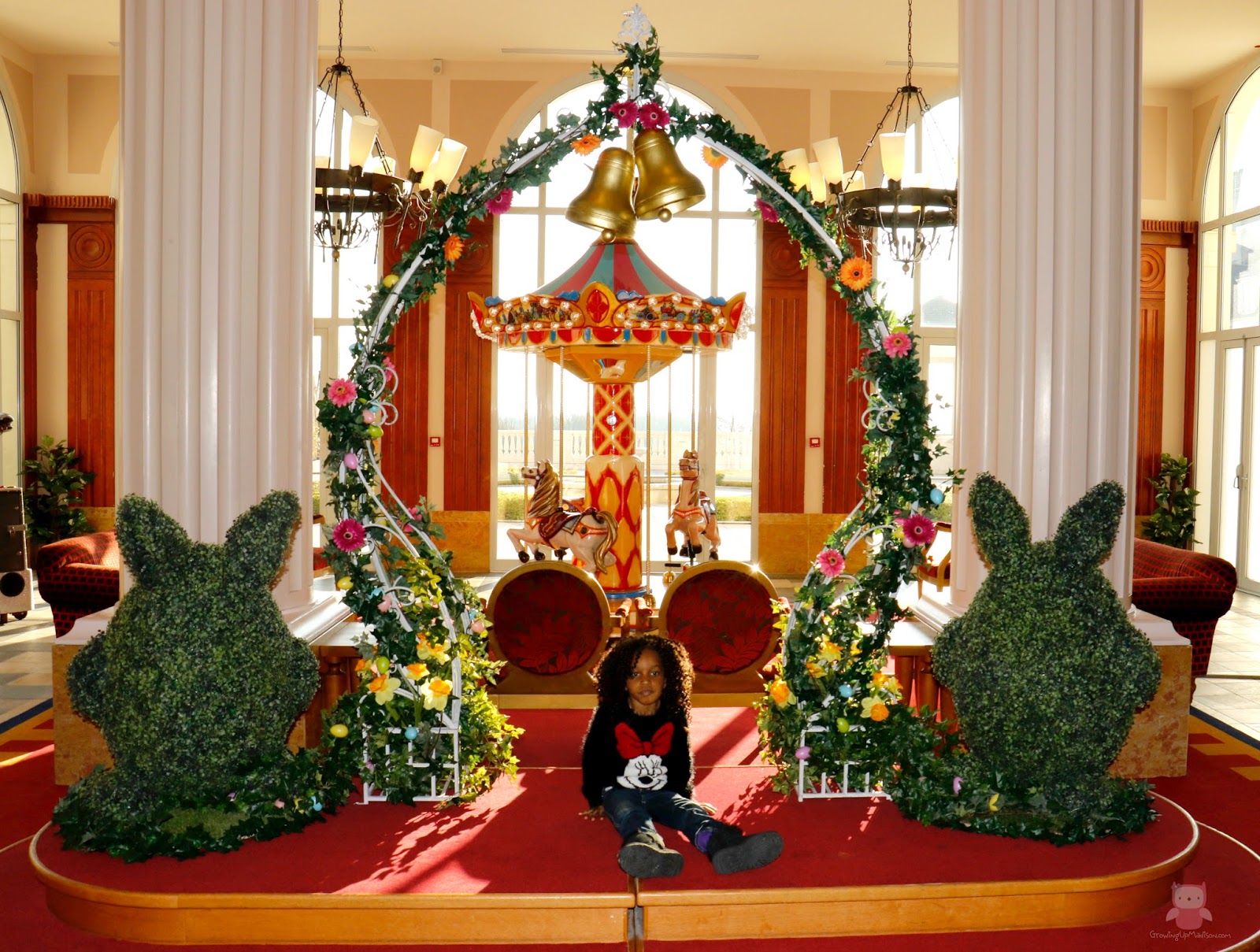 So why did I really choose the Vienna House Dream Castle at Disneyland Paris?

Free High Speed WiFi – being away from home, I like to keep in touch with family and friends and I need the world wide web to do that. I also have Sprint World which allows me to call back to the US for free as long as I’m connected to a wifi network.

Free Buffet Breakfast – Breakfast is the most important meal of the day and when I travel with my kids, I want to make sure that they have breakfast before we leave for the day. Not having to pay for breakfast is a plus.

Close Proximity to Disneyland Paris – I wanted a hotel that was close to the park, which meant that I won’t be spending all day traveling and it would also allow us more time in the park. Vienna House Dream Castle is also a Disneyland Paris recommended hotel and you can book directly from the Disneyland Paris’ website.

Free Shuttle to and from Disneyland Paris – Since my French is very rusty, there was no way that I would have been able to call a cab and tell them where I needed to go. Having a free shuttle service allowed me to get there safe and sound and also saved me some Euros, which I ended up spending in the park.

It’s a Castle. I think this was mine and Madison’s favorite reason. We wanted to stay in a castle and feel like princesses and it was worth it! 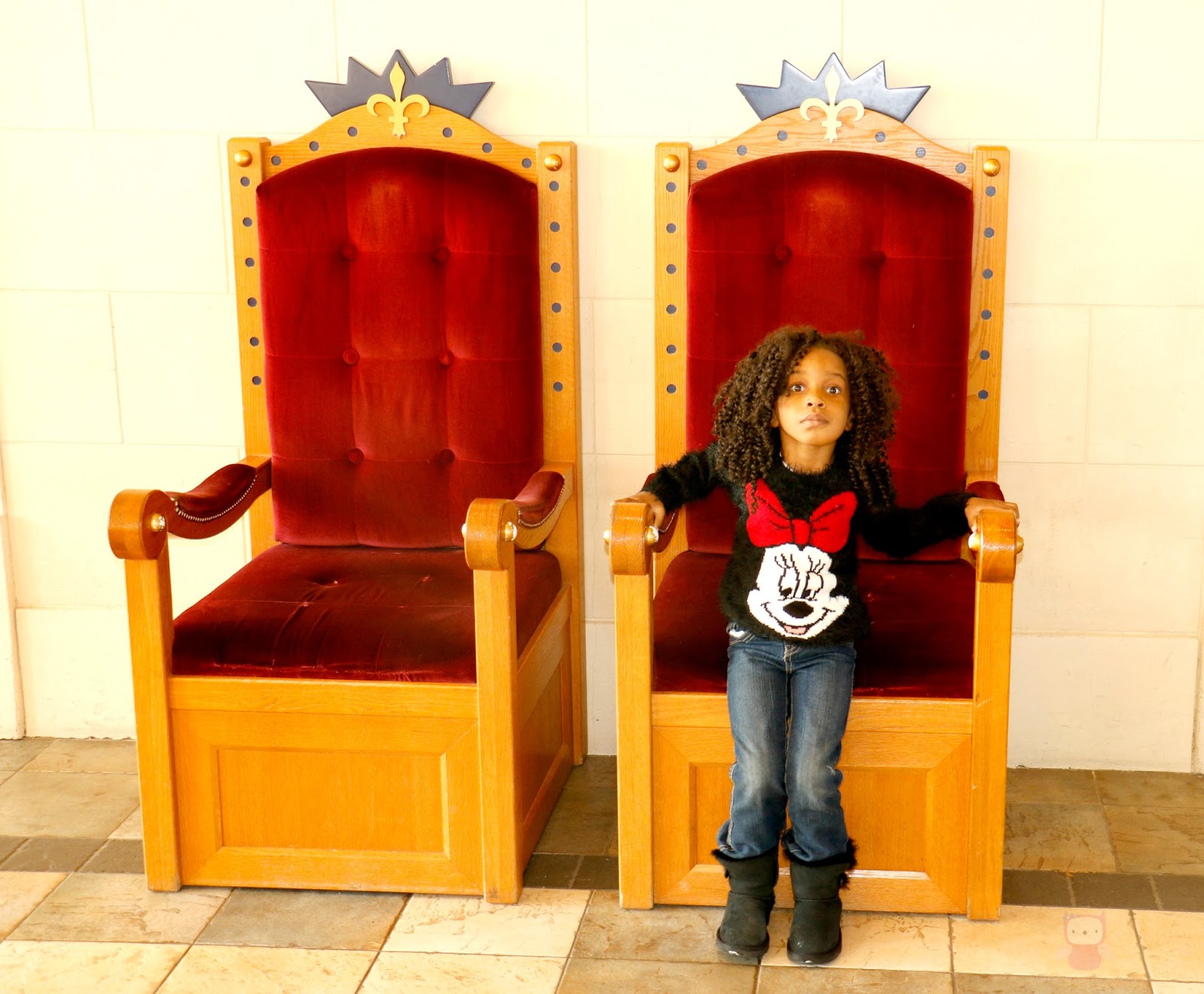 So if you’re planning a trip to Disneyland Paris and you’re still on the shelf about a hotel, I’m going to have to recommend the Vienna Dream Castle at Disneyland Paris.

Let’s discuss: What do you look for when booking a hotel?