Japan may be a relatively small country, but worldwide, it’s one of our favorite travel destinations. There’s something romantic about the history of ninjas, geishas, and ghost stories. It’s home to some of the most fascinating history, and also some of the most amazing (and delightfully bizarre) developments in technology and culture… not to mention, the most popular Disney park in the world. As an extra bonus, it’s also very safe and western-friendly.

I traveled with my family to Japan when I was a preteen, and I have plans to return sometime in the future with Madison. By no means does this make me a travel expert on Japan, but I do have some tips that first-time visitors will find handy. After all, western-friendly and safe as it may be, it’s a very different country, and it can be downright bewildering. 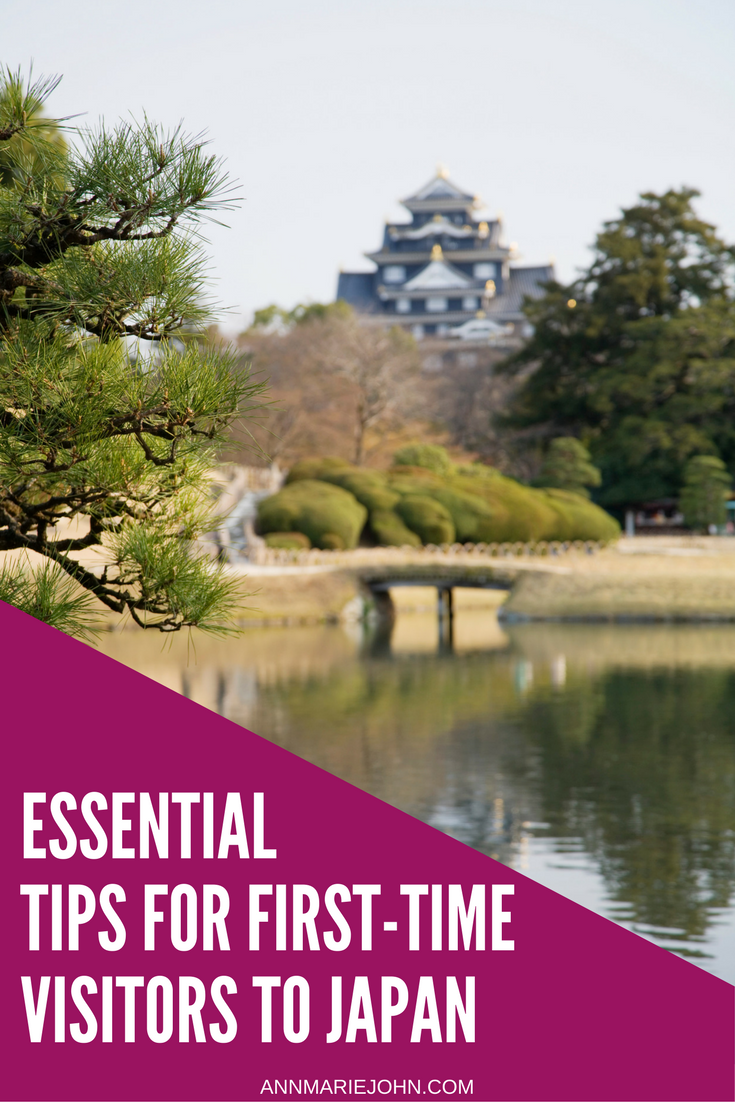 Japan has a fantastic public transit system. Almost all of the islands are connected through the JR Railways, with shinkansen or bullet trains that can get you from one end of the country to the other in a matter of hours. Train systems and buses can get you pretty much everywhere you need to go there, so very few people opt to rent a car.

However, transit can still get expensive. It can also be confusing to work out what the best way is to get from one place to another (and then, of course, to actually purchase the tickets you need at the kiosks.) As a traveler, you have two primary options for travel: The JR Rail Pass, or the Suica Card. I used the Rail Pass during my last trip, and it was handy because it grants you unlimited access to the JR rail system (over the period you purchased it) including shinkansen, which can get pricey. So it can be beneficial if you’re planning to travel far and wide. However, it doesn’t work everywhere, and it doesn’t work for most buses and subways. For that, the Suica card is your best option. This is a card you fill with credit, and just tap to the reader whenever you enter and exit the station. It makes things easy because you don’t have to purchase individual tickets (except for a few places) and you don’t have to factor in the cost of each trip. It works for all buses, subways, and local trains. However, the money can drain fast when you’re not paying attention, so it might not be a great idea if you’re really conscious of saving money while traveling.

Beyond that, my best advice when traveling around Japan is to use Google Maps. It’s very accurate on Japan public transportation, and even when walking around various cities. It will tell you how long to expect for each trip, and my favorite feature is that it tells you each stop on your route so you can double-check and make sure you’re going in the right direction. Merely working off of street maps won’t help you with public transit, and it’s often hard to figure out street names by only looking around.

2: On visiting shrines and temples

Educate yourself a little about the Buddhist and Shinto religions of Japan, or you’ll feel awkward when you visit the beautiful shrines and temples. For the record, you really don’t have to feel awkward. The Japanese people are so welcoming and inclusive in their cultural practices. That being said, here’s a (very rudimentary) rundown on the process that people use to show their respect and worship at Japanese temples and shrines:

Near the entrance of most shrines and temples, you’ll find a purification fountain, where visitors rinse their hands using the ladles provided. They also rinse out their mouths, but only by pouring water into cupped hands (not sipping directly from the ladle.) They rinse and spit out the water (no swallowing.) After purification, patrons can approach the offering hall and/or main hall, where you’ll find a box with wooden slats in front of the central figure of the deity. Toss a coin or two into the box, clap your hands to get the attention of the kami, bow and say your prayer. Sometimes there is also a bell nearby to bring divine attention to your prayer.

You don’t have to follow this ritual as a tourist or visitor. I know that many people feel awkward about it. However, if nothing else, when visiting a temple or shrine, you MUST:

Buddhism and Shintoism are two different religions, but in Japan, they’ve overlapped and grown together in a lot of ways, so most of these basics are true at both (Shinto) shrines and (Buddhist) temples. In addition to the temples and shrines, there are tons of great ways to get involved in the history and culture of Japan, from tea ceremonies to sumo wrestling. If you’re lucky, you’ll even be able to hit a festival or two. Do your research ahead of time, and the experience will be so much better!

Learning a few words and phrases in the local language is essential traveler etiquette for any place, but I think a lot of people skip it in Japan. This is probably because Japan is so friendly to American tourists, and they love practicing their English on you. Most people in Japan study English at least for a little while in school. However, you should still know how to say please and thank you in Japanese before you step foot outside of the airport.

Here’s the bare minimum of Japanese words you should know before traveling there. Study them until they feel normal to say, because you’ll say them all the time:

Japanese writing has four different forms: Hiragana (an alphabet used for spelling out Japanese words,) Katakana (a similar alphabet used for spelling out foreign words–many of them English,) Kanji (a logographic system imported from China with thousands of characters, each character having a meaning,) and Romanji (western-style Roman characters.) Luckily for us, many signs and even advertisements will have Romanji included, so you can read the directions and names of places. However, if you have a chance, I highly recommend learning Katakana. It’s not that hard, and it’s kind of fun to try to decode the English word written in Japanese. It’s also very frequently used and can help you discern the main gist of a lot of signs and even menu items.

Kyoto and Tokyo are major tourist destinations, and if you’re talking about exploring beyond those two cities, it’s probably Osaka that you’re considering, right?

Well, I passionately believe that if you don’t take some time to get out of the major cities, you’re missing the best part of Japan. My favorite part of my last stay was a few days in Miyazu, a small town in the Kyoto prefecture right on the beach. We were lucky enough to arrive on the day of their Spring festival. It’s also next door to Amano-hashidate, classified as one of the 3 most scenic views in Japan. If you want to really get a feel for Japan’s history and culture, it’s in every nook and cranny of the country. Go to some of the relatively-tourist-free shrines and temples. Explore the gorgeous forests, mountains, and coastline. Seek out some of the legend-laden ancient hot springs and volcanoes that dot the islands. Stay in traditional ryokans, which are kind of like Japanese B&Bs.

Here are a few outside-of-the-city destinations that I recommend:

Is Japan on your bucket list of places to travel?