I’m a huge Disney Junior fan and Sofia the First is actually one of the shows that I just thoroughly enjoy. That’s why I am so excited to tell you that there  is going to be a new DVD out August 5th. One of my favorite princess is going to make a guest appearance as well. 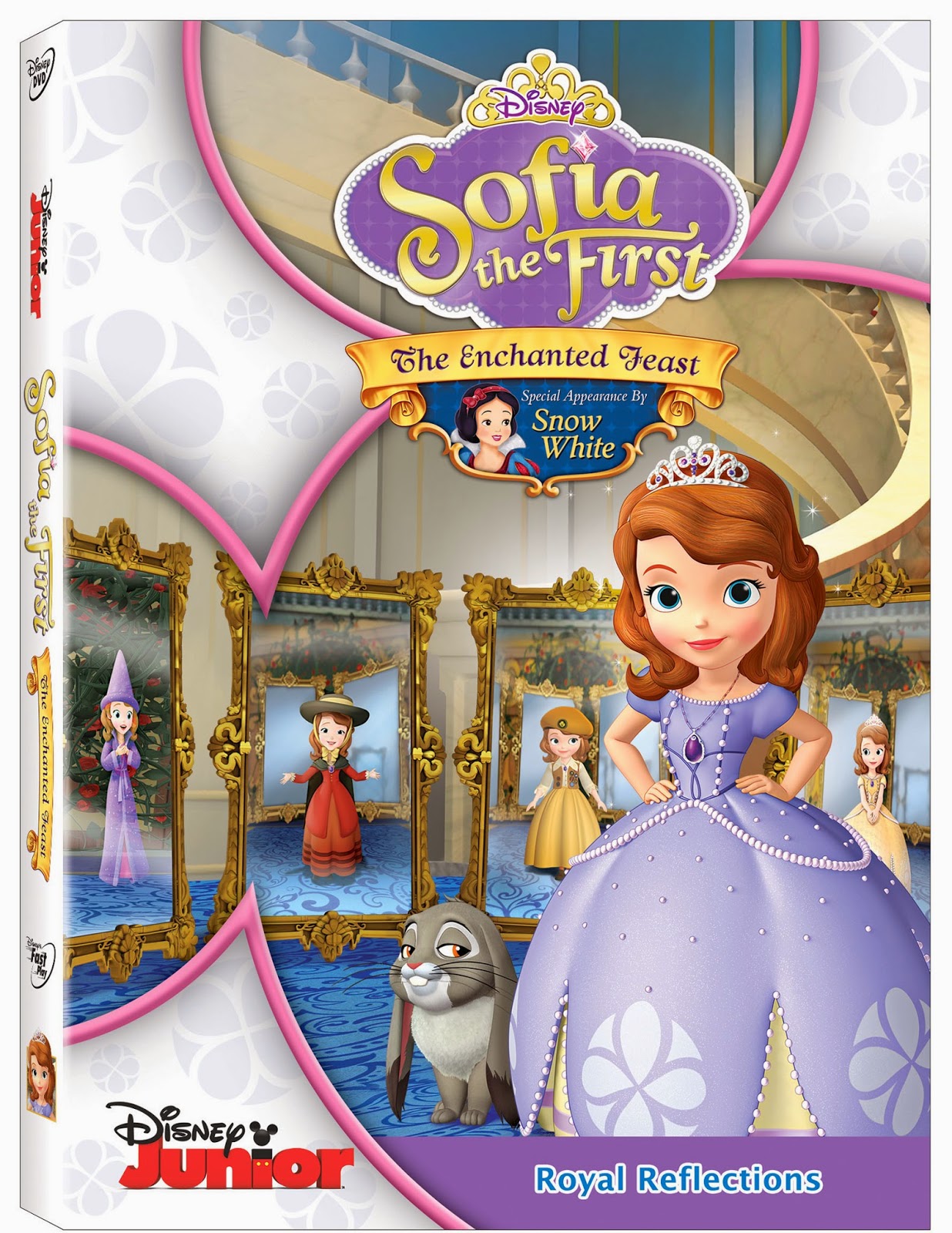 Join Sofia
and Her Friends in More Magical Adventures!

SOFIA THE FIRST: THE ENCHANTED
FEAST

Plus Four Additional Episodes and
a FREE Enchanted Mirror!

Synopsis:                                 The
wicked fairy, Miss Nettle, disguises herself as a powerful sorceress and attempts
to steal Sofia’s magical amulet. With the help of Snow White—Sofia must learn
to trust her instincts and speak up when she suspects someone is not who or
what they say they are.