A quick search on my site would bring up numerous articles on helping your kids with their confidence and self-esteem, and you would think that I’d be a professional on the topic, especially with having four kids. I’m however far from being an expert and still need to ask for parental advice, especially with my now 14yr old son Mikael (pronounced Michael).

This post was sponsored by the Invisalign brand and all opinions expressed in my post are my own. 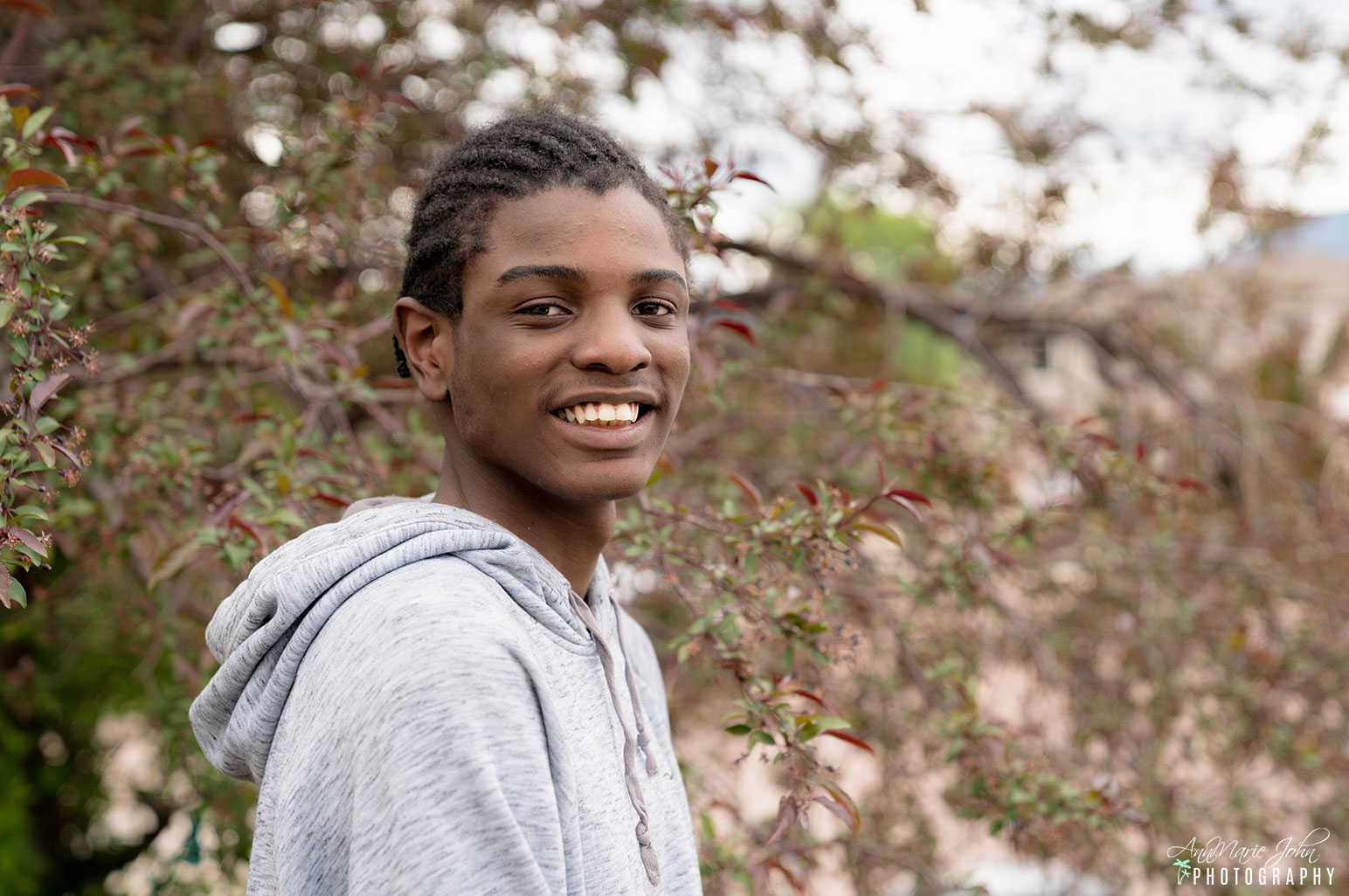 I’ve been asked numerous times, “Why aren’t there more photos of Mikael on your site?” or, “We see a lot of Madison and Kyle, but very little of Mikael, why?” and it’s really simple. Mikael is not a fan of having his photo taken because he dislikes smiling for the camera. You see, Mikael has a significant overbite due to his thumb sucking when he was much younger, so he’s very self-conscious about his smile. I’ve gotten used to seeing it, but I can understand as a teenager wanting to look your very best.

About two years ago, my husband and I looked into getting his overbite fixed and looked into the various options. We took him to an orthodontist and were told that it was best to wait until all his permanent teeth came in. We looked at traditional braces and also Invisalign® treatment and found out that the cost of Invisalign clear aligners was often comparable in price to braces, and also that my insurance would cover the cost, just as they would the braces.*

*Treatment costs may vary. Please check with your doctor and insurance provider.

When it came down to it, I didn’t want my son feeling even more self-conscious with metal bars on his teeth, the way traditional braces would, and instead told my husband that we were going to go with the Invisalign treatment because I preferred the way they looked. They are nearly transparent, and no one would really be able to tell that he was wearing them.

So granted to say, I was delighted that we were given this opportunity by the Invisalign brand, a few months shy of heading back to the orthodontist.  As a result of my partnership with the brand, Mikael is receiving complimentary treatment.

So you ask how am I helping to boost his confidence? By giving him the best smile ever! 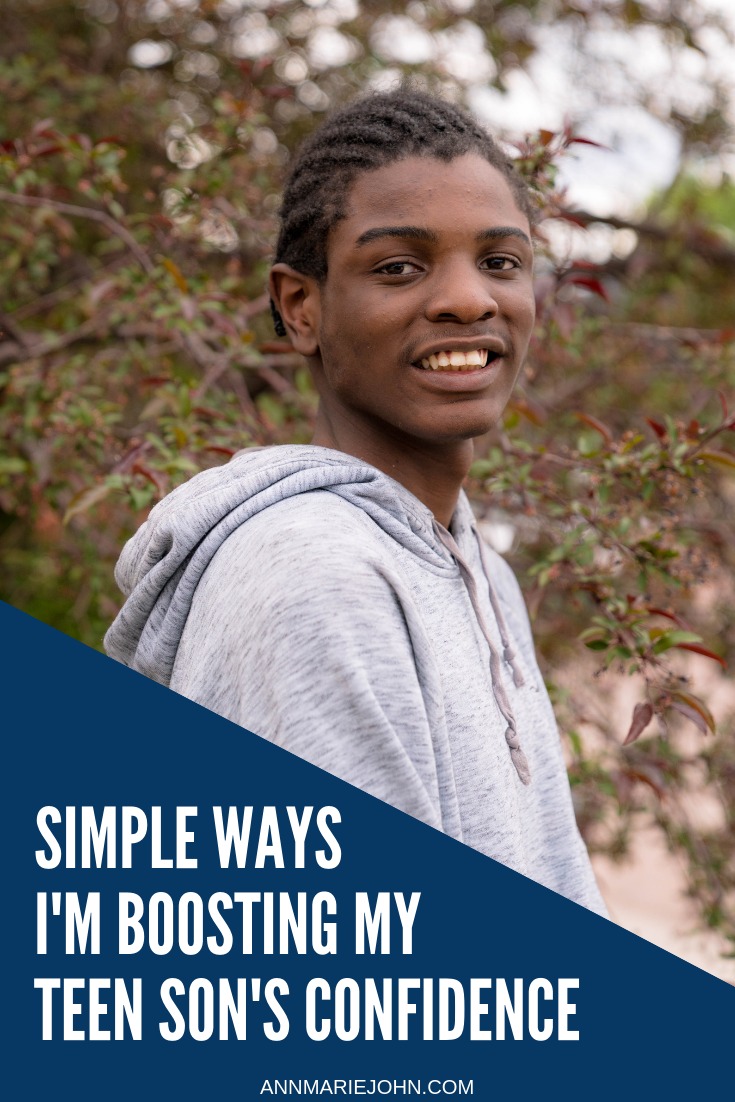 (First, please excuse my cell phone photos, as I was so excited to be taking him in for his consultation that I didn’t think to take my camera with me.) 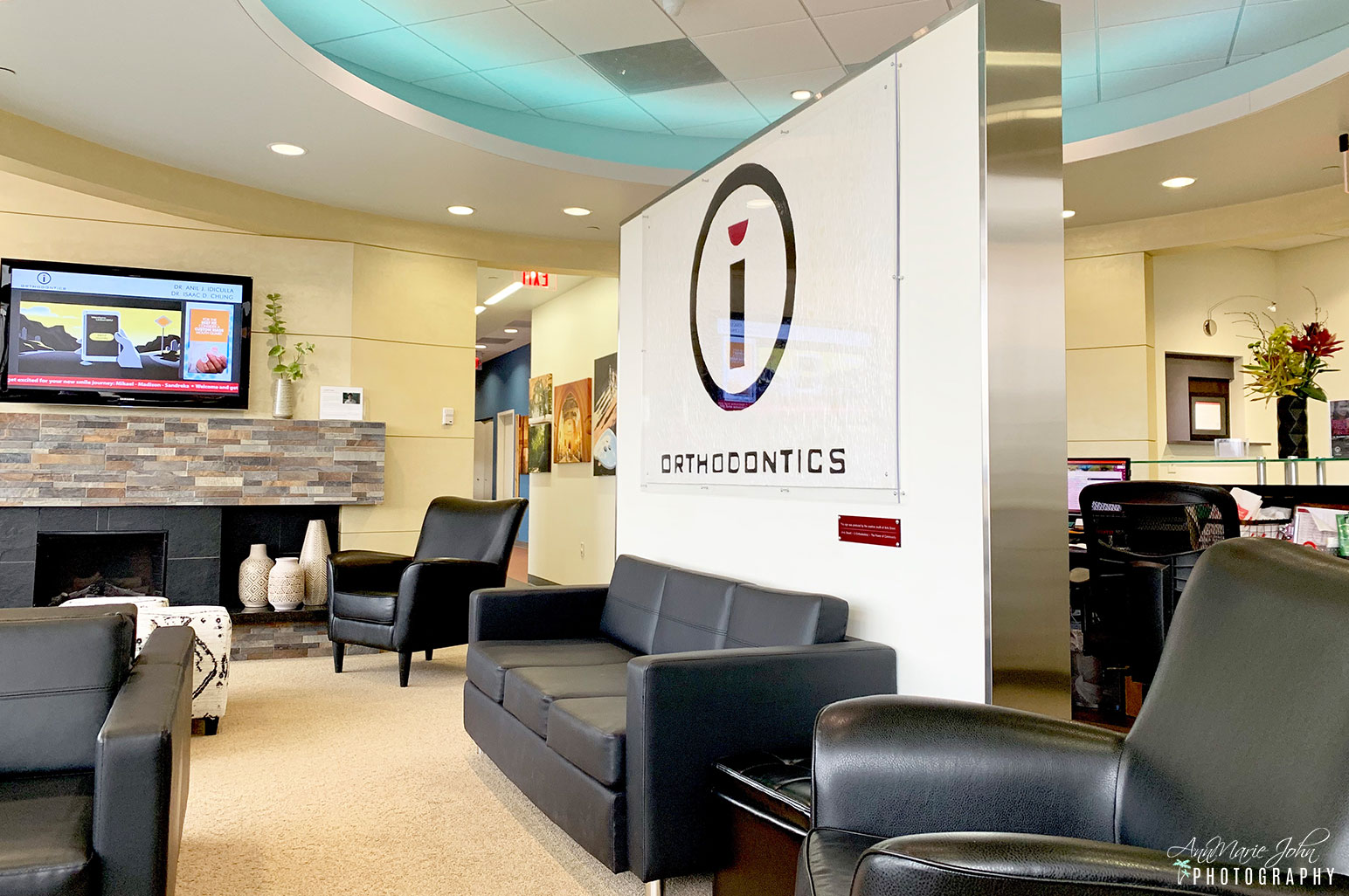 What you should know about the Invisalign treatment: 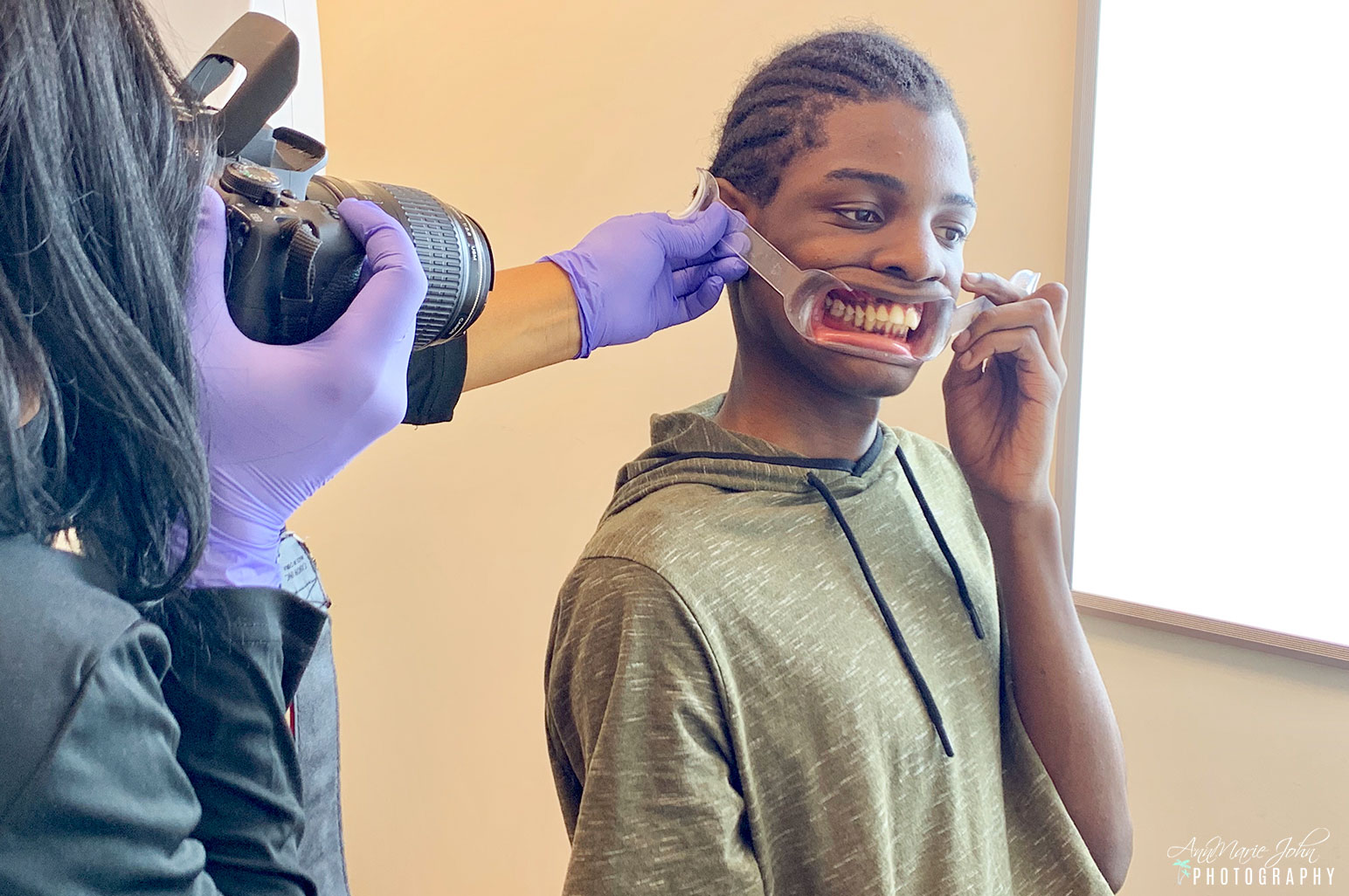 What to expect at the consultation: 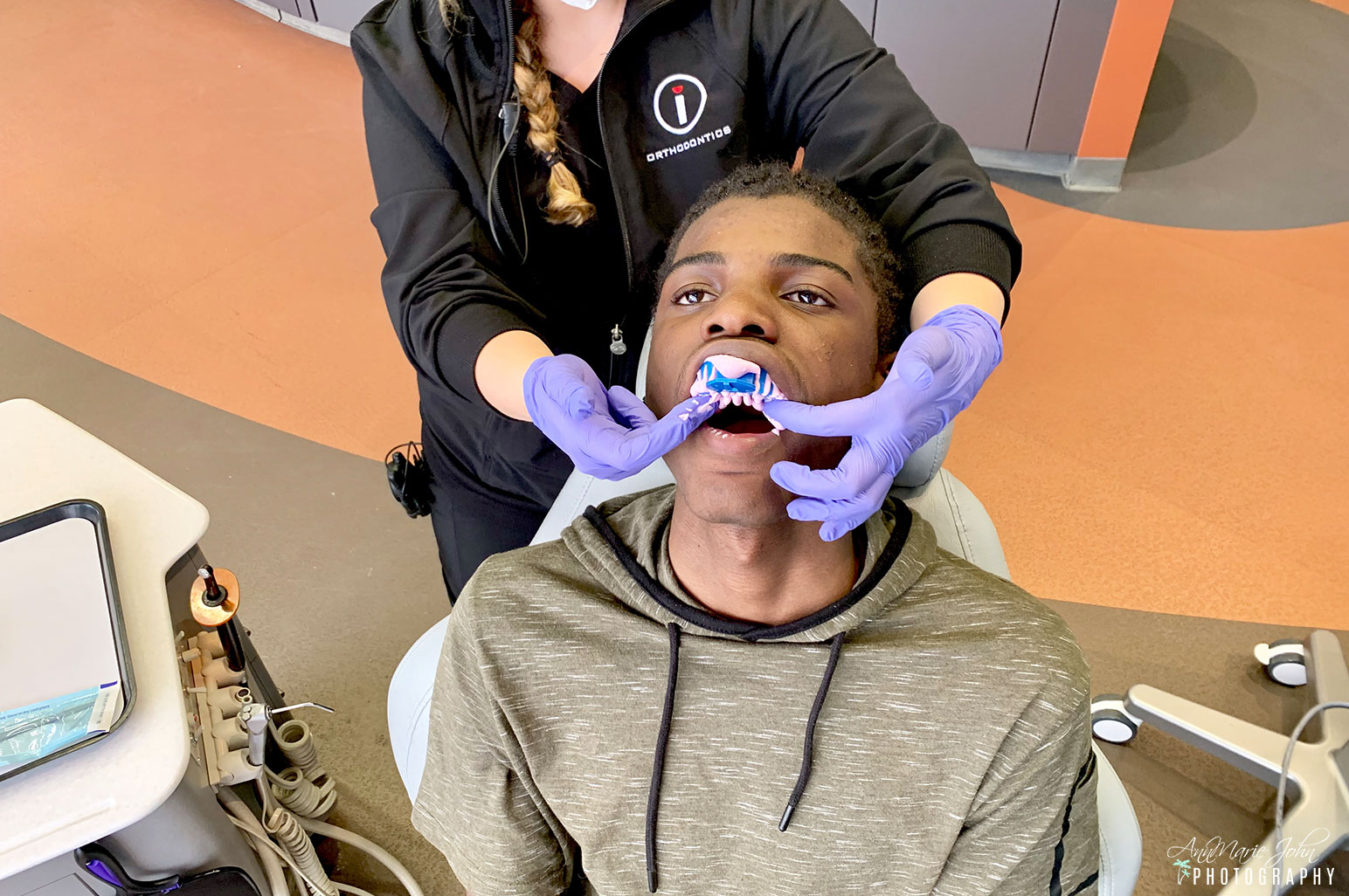 Once all of this is done, you will then get to see what will take place using Invisalign‘s software. It shows a prediction of how we can expect Mikael’s teeth to change over time with the Invisalign treatment, and how long he’ll need to wear the aligners.

We were told by our provider that most patients usually have them in for about nine months to a year, but it really all depends on your specific needs and the direction of your provider.

For example in Mikael’s case, because of his significant overbite, and also due to the fact that the bottom part of his jaw is smaller than the top, it may take a bit longer than nine months, so we should expect to have his treatment last at least a year.

Mikael’s treatment because of his overbite includes Invisalign clear aligners with mandibular advancement feature, which is a great new way to fix teens and tweens overbite while also straightening their teeth. Only Invisalign clear aligners with mandibular advancement feature are made with SmartTrack material and precision wings to push the jaw forward and straighten teeth simultaneously, replacing the need for bulky appliance. Because it will gradually move his jaw forward not only will it improve his bite but also the appearance of his chin giving him that beautiful straight smile that he’s been yearning for all his life. 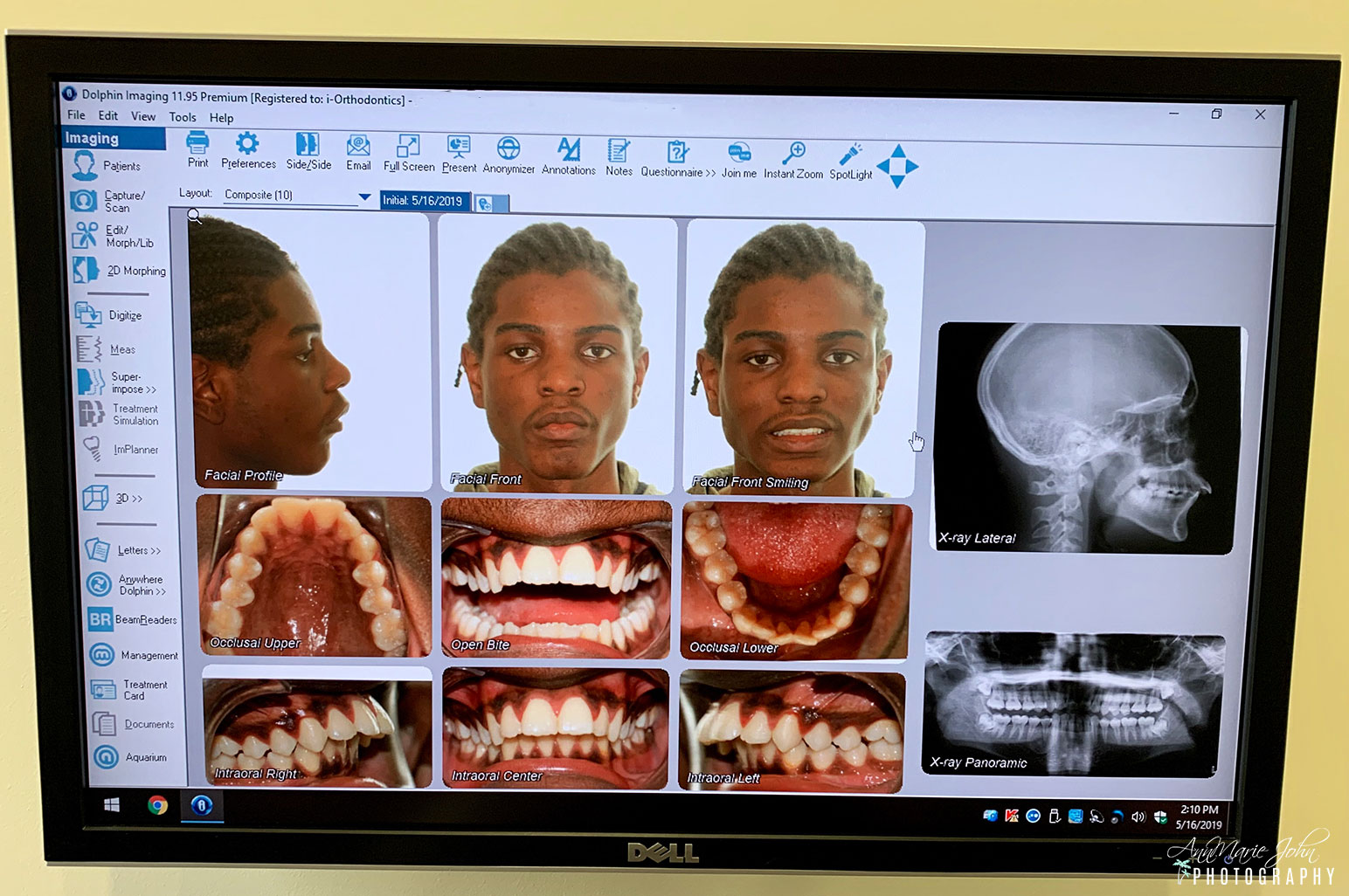 Mikael has never really been a fan of visiting the dentist, but he was really excited to finally get his teeth fixed, get straighter teeth, and show off a killer smile, and so am I.

What about you? Have you been wanting a straighter smile for you or your teen? Consider getting a consultation for Invisalign clear aligners. The Invisalign brand website has an easy to use Doctor Locator feature, which will allow you to search for Invisalign-trained doctors in your area.

Follow along with Mikael’s progress over the year on his path to straighter teeth and increased confidence!