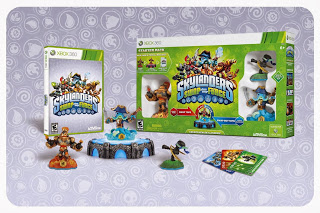 When mommy and I recently contacted Activision, we had no idea what we would get in the mail when they responded by asking us for our address. After all, Activision is known for their more popular games such as the Call of Duty franchise which mommy and daddy and my big sister love to play. They’re also known for their kid-friendly games too like the Teenage Mutant Ninja Turtles, Angry Birds and Star Wars. Were we surprised when the UPS delivery guy dropped off our package and inside was one of the most wanted games for the Holiday season. You guessed it! Skylanders Swap Force Starter Pack for the Xbox 360. Skylanders Swap Force is also available for the PlayStation 3, Nintendo Wii, Nintendo Wii U, Nintendo 3DS and is available for pre-order for the PlayStation 4 and Xbox One. 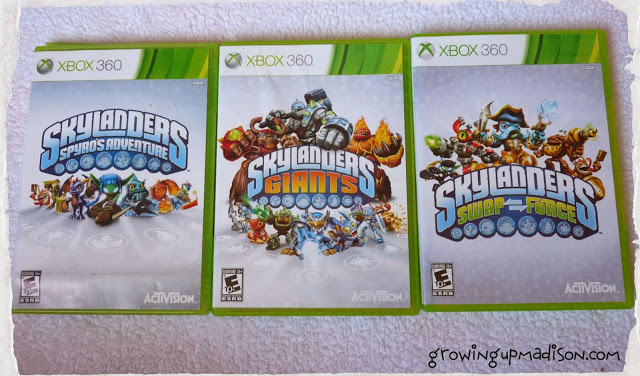 Now Skylanders Swap Force is the third installment in a top-rated franchise, and fortunately for us, we already had the first two. Mikael is a major fan of the game and just has to have them all. The game can be very addicting, and even mommy has played. After all the game is rated E for everyone. Now if you haven’t played the very first two, there is no need to fear. Skylanders Swap Force is an entirely new game and is one of those games you can just pick up and play. 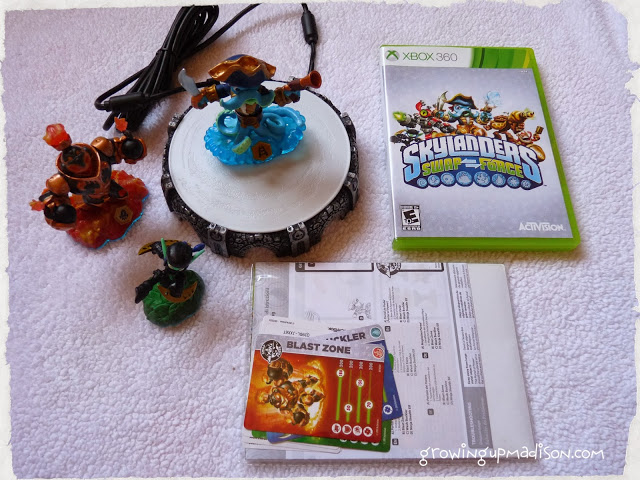 Embark on an exciting new adventure with the Skylanders and the SWAP Force. For generations, the SWAP Force protected the volcano that replenishes Skylands’ magic. That is until an epic battle caught them in an eruption that blasted them apart, sent them to Earth and gave them the ability to swap powers. Only you can mix and match their tops and bottoms, put them on the new Portal of Power and help save Skylands. 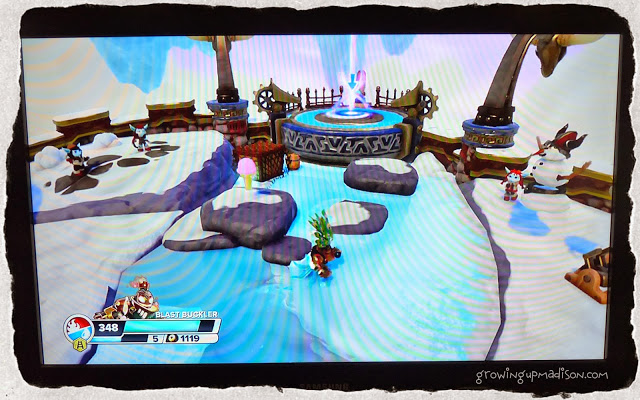 Now onto the actual review of the game! The gameplay as we mentioned before is very similar to the other games, but the graphics seem a little bit more updated. They look a lot crisper which is all for the better in my book. The levels are also a little longer compared to Spyro’s Adventures and definitely longer than Giants. A level can actually run you about an hour long so this gives us a lot more time to interact with the game. One thing we noticed about the new Skylanders Swap Force is that the fact that the characters can now jump. It might not be a big thing but having never been able to jump before it makes the game a bit more interesting. 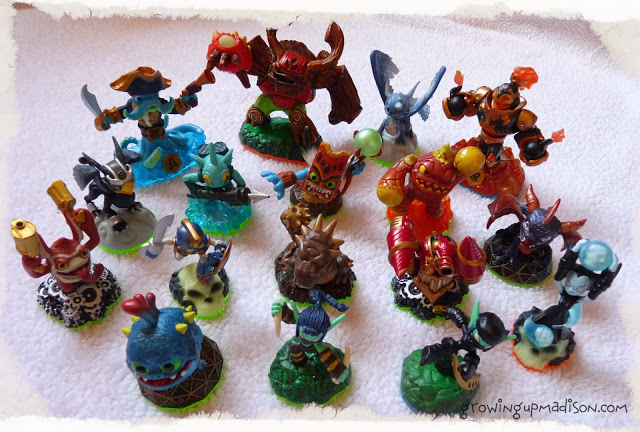 The new characters are fun, but the great thing about Skylanders is that if you already have characters from your old game they also work. That’s an added bonus for us since we already had quite a few of them. It is fun collecting them though, and the included poster tells you about all the others that you can collect. It is fun swapping the characters as well giving them extra powers that they won’t usually have. They’re connected magnetically, so it’s straightforward to do. For example, the two characters that come with the Skylanders Swap Force are named Blast Zone and Wash Buckler. Once you combine them, they now become Blast Buckler and Wash Zone and now have their own unique moves that wouldn’t otherwise be possible.

There, however, is no more heroic challenge as there was in Giants. Mikael enjoyed playing the heroic challenges in Giants so was a little disappointed. There, however, are mini-games that he can play that have been introduced in this new version, so that makes up for it. There is also no mid-game saves which is something we were hoping to see. We’re hoping Activision brings this to their new Skylanders game next year. 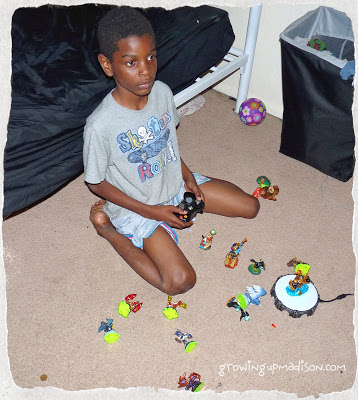 The game is very addicting. You can be playing for hours

Mommy did a video of Mikael playing Skylanders Swap Force showing you how fun and easy it is to play.