Disclaimer: This is a Press Release and Growing Up Madison received nothing in exchange for this post. We thought it was too good not to share with our readers and there’s a giveaway to boot!

I love companies that gives back and pediped® proves that they love giving back just as much as the next guy. Mommy and I value education and when a company gives back to our schools we just have to support them. After all each and every child deserves an education with no exceptions. Having a brother who is autistic I totally mean it when I say that EVERYONE deserves an equal education. With the pediped® ♥ schools Initiative program, this gives parents yet another reason to shop the award-winning brand, and we all know that schools, now more than ever, need all the help they can get. 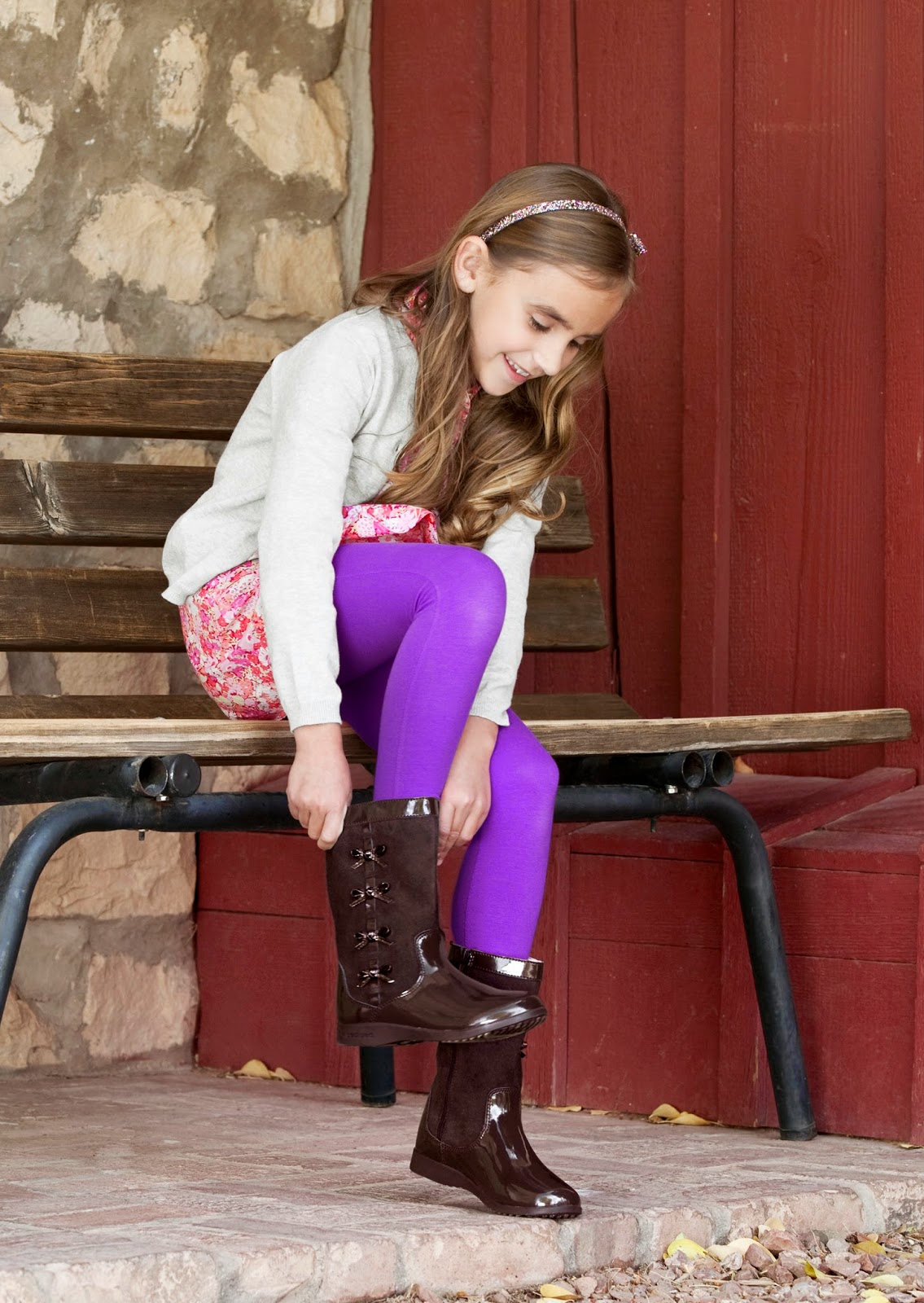 Charitable footwear brand, pediped®, announces the company will give $13,000 back to over 200 schools enrolled into the pediped® ♥ schools program. Each school will receive a check for a 10% rebate on their total attributed purchases of pediped® footwear from May 15, 2013 to May 15, 2014. The top five performing schools will receive $1,000 as an additional bonus.

pediped® ♥ schools is a one-of-a-kind giving campaign where participating education partners receive a check for 10% of their total combined purchases of pediped® each year. Individual schools can earn up to $10,000 per year. pediped® is thrilled with the success of the program to date which receives positive feedback as it also brings awareness to the importance of helping schools get the things they need. 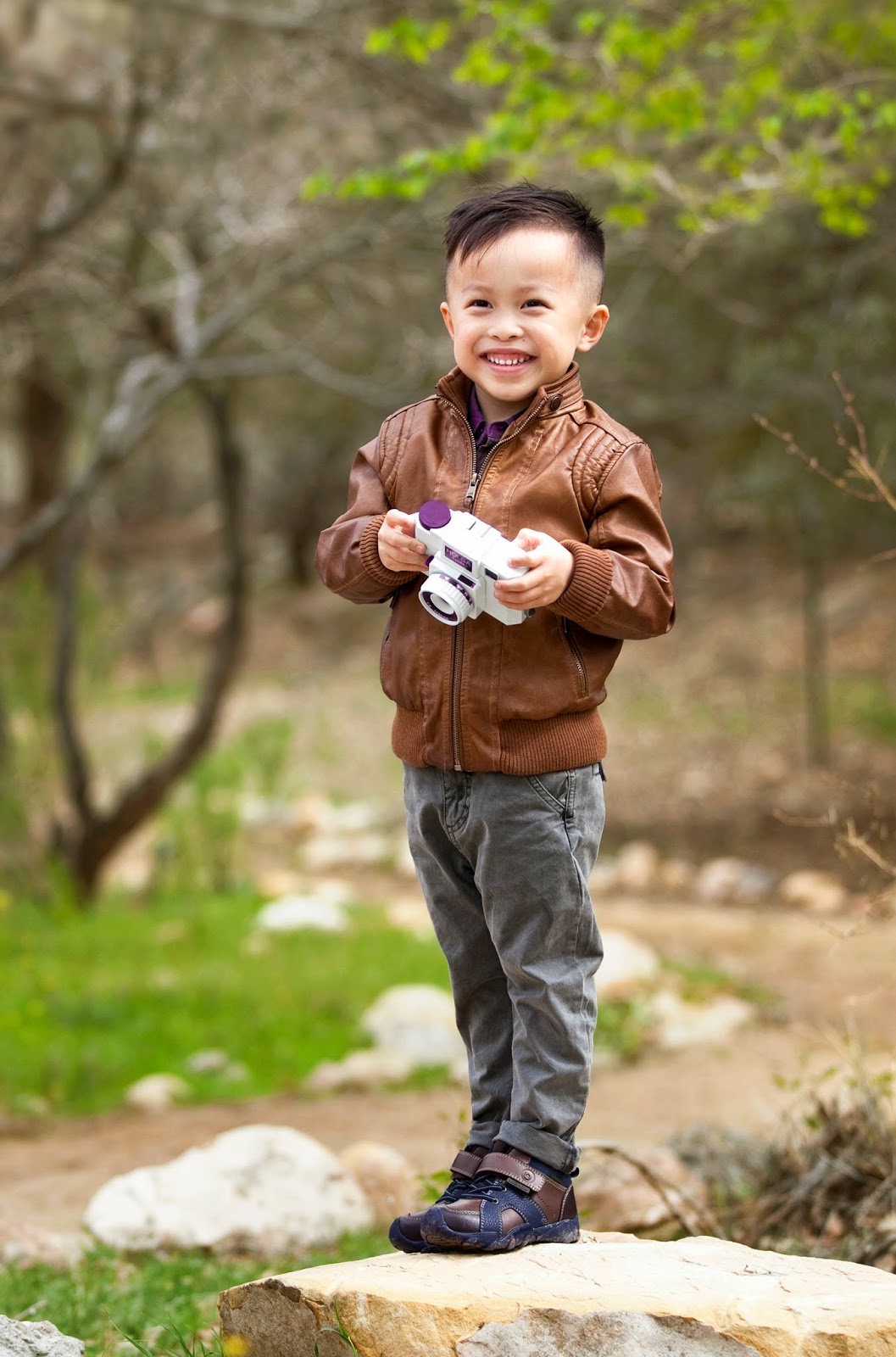 pediped® ♥ schools is currently accepting enrollment for the upcoming year. School officials and leaders of the PTO or PTA are encouraged to enroll their community’s school along with parents and teachers. Upon enrollment, each school receives a unique code and those who purchase pediped® footwear should enter the code at checkout when shopping online at pediped.com or in any pediped owned boutique located in Las Vegas. pediped® tracks the purchases registered to each school’s code to determine the amount of dollars earned. Purchases will be tracked now until May 15, 2015 and schools will receive checks for 10% back in June 2015. 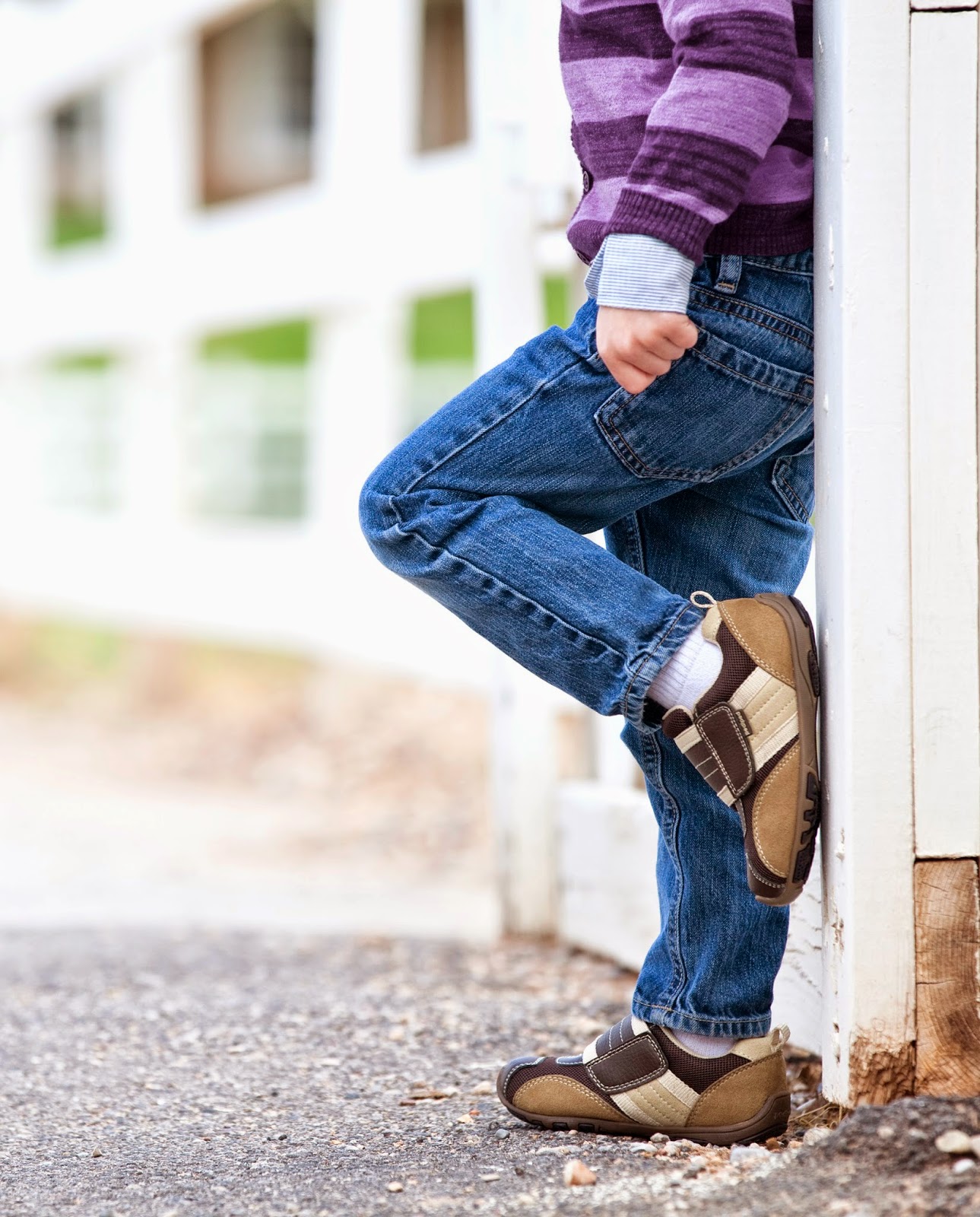 Schools enrolled into the program are encouraged to visit www.pediped.com/schoolsprogram to track their earnings and print promotional aids to pass out to parents and caregivers to help spread the word of the program. pediped® will also provide electronic newsletters that can be shared through the school’s online community as well.

Giving back has and always will be a core value of pediped®. Since its founding in 2005, pediped® has been dedicated to bettering communities and enriching the lives of children. In 2010, the pediped® Foundation was established and since its inception has donated $2.75 million in product and monetary support to charities around the world that are devoted to the health, education, and basic needs of children. pediped® ♥ schools is yet another commitment of the company’s continuing philanthropic efforts.

Please visit www.pediped.com/pedipedschools to enroll your school today. What are you waiting for? 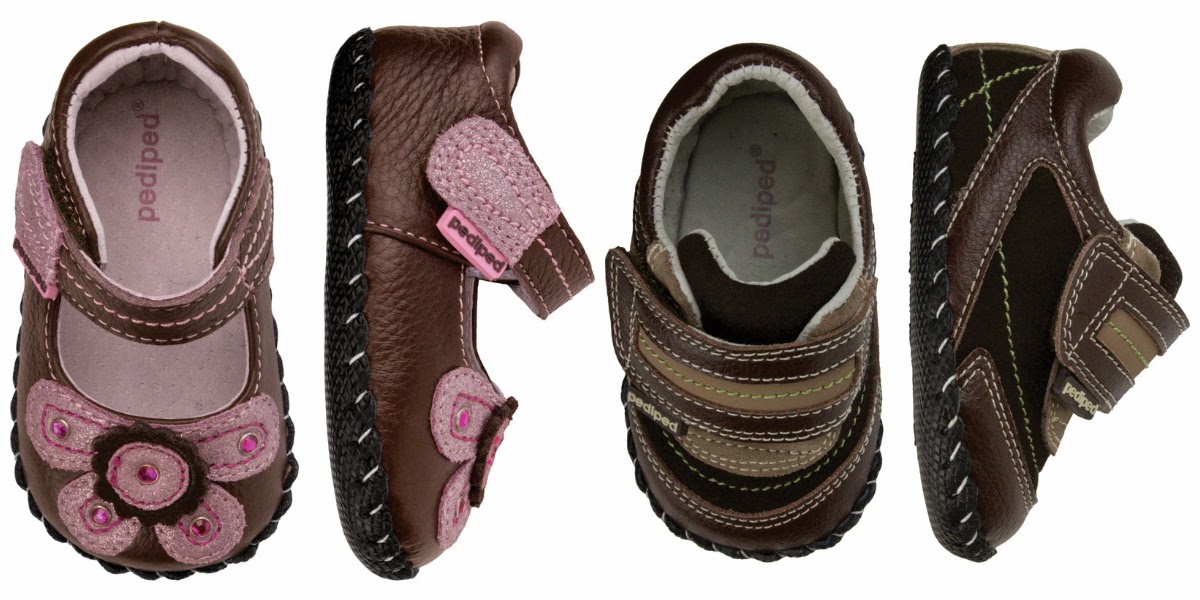 About pediped® Exceptional quality, unsurpassed comfort and distinctive styling have made the award-winning company the fastest growing children’s footwear brand in the United States. pediped® has been awarded the American Podiatric Medical Association Seal of Acceptance for the promotion of healthy foot development, and preeminent orthopedic medical professionals, Dr. Mininder S. Kocher and Dr. Thomas W. Vorderer, deem pediped® shoes an excellent choice for parents/caregivers who want their children’s feet to develop naturally and healthily. In 2011, Earnshaw’s, the premier media resource serving the children’s market, recognized pediped® with an Earnie Award for Company of the Year and Best Footwear. Earnshaw’s also recognized pediped® with an Earnie Award for Company for Good for their philanthropy efforts of nearly $2 million in 2012, and an Earnie Award in 2013 for Best Community Outreach.

pediped® footwear is sold in over 2,500 stores in the United States and 40 countries worldwide with an offering of more than 140 designs for boys and girls between their three lines, Originals®, Grip ‘n’ Go™ and Flex®. Their award winning footwear is available in EU sizes 17 to 36 (US newborn to 4.5 Youth). 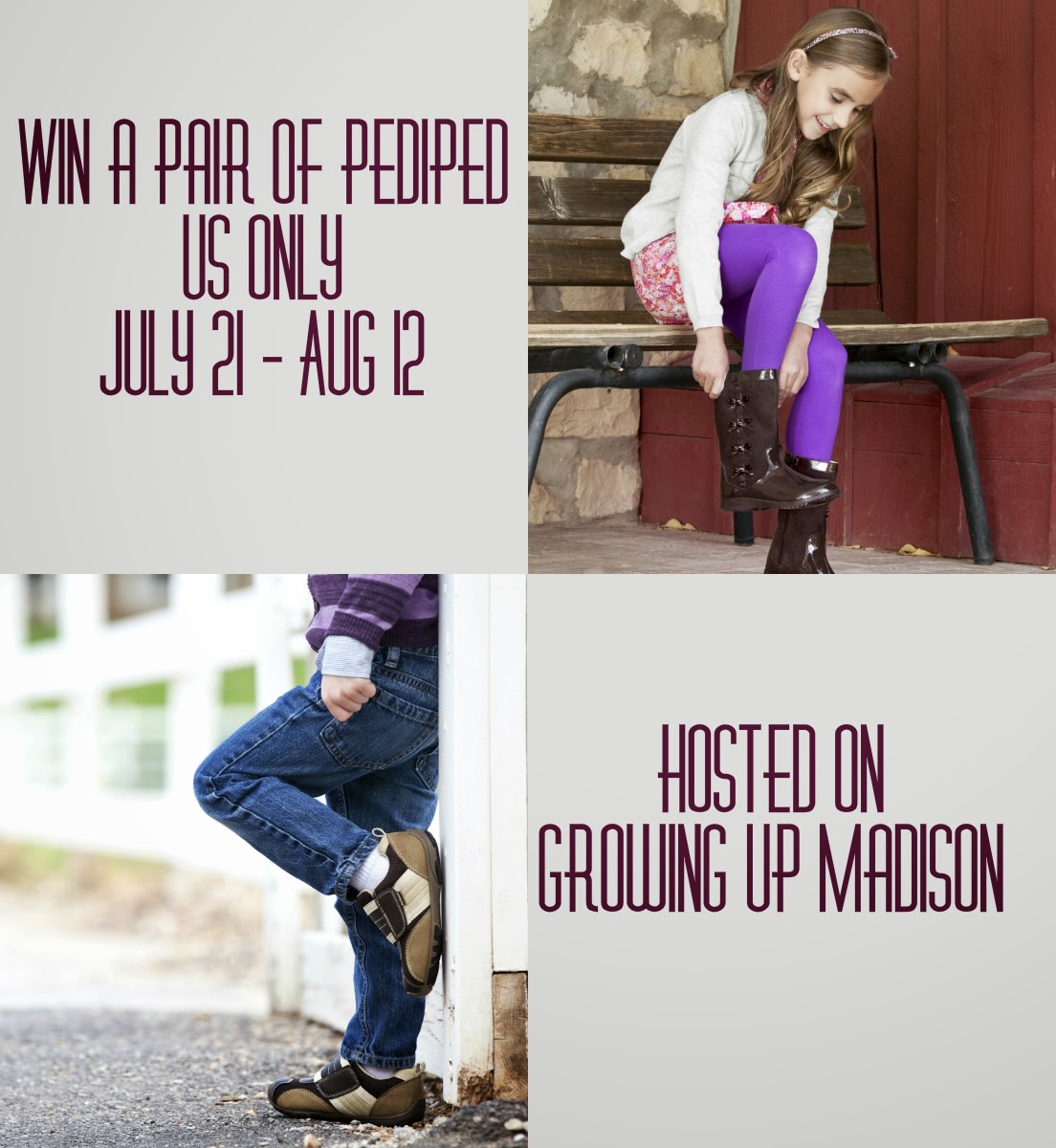 And now pediped® wants to give one of you the chance to win one of their awesome shoes perfect for back to school. Prize is sponsored and will be delivered by pediped® and winner will be randomly selected by PunchTab. Giveaway is open to US Residents only. Winner will have 48 hours to respond to the email sent and failure to respond will mean forfeiting your prize. Good luck!