This shop has been compensated by Collective Bias, Inc. and its advertiser. All opinions are mine alone.

Are you excited to see the new MARVEL’s The Avengers: Age of Ultron as we are? Who says that the Avengers are just for boys. Just this past October my daughter was actually Captain America right along with her big brother Mikael. She loves doing everything the boys like doing and I’m only too happy to allow her to experience the joys of childhood. We are huge Avengers fans and we are anxiously awaiting the movie to come out in theaters on May 1st. So what do you do when you’re waiting? 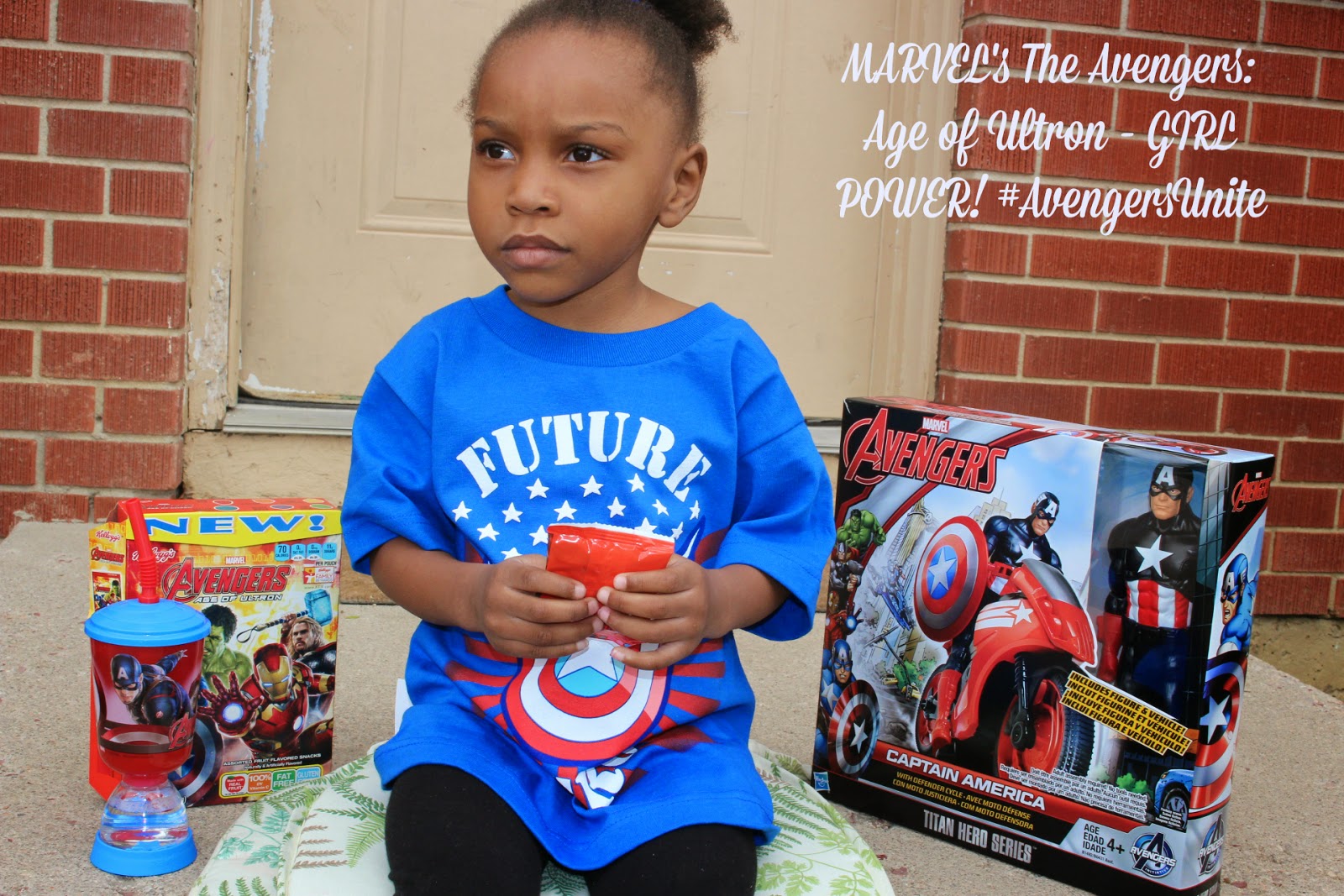 We decided to take a trip to Walmart to get ahead of the game. We were really surprised at all the Avengers merchandise that is available in store. In every aisle there was something for everyone. From the grocery aisle to the toy department. We decided that we were going to make this an all girl trip so I decided that just me and my toddler, Madison, were going to take this trip and boy were we glad that we did. She couldn’t wait to get in the toy department where the MARVEL’s The Avengers: Age of Ultron toys were on display. 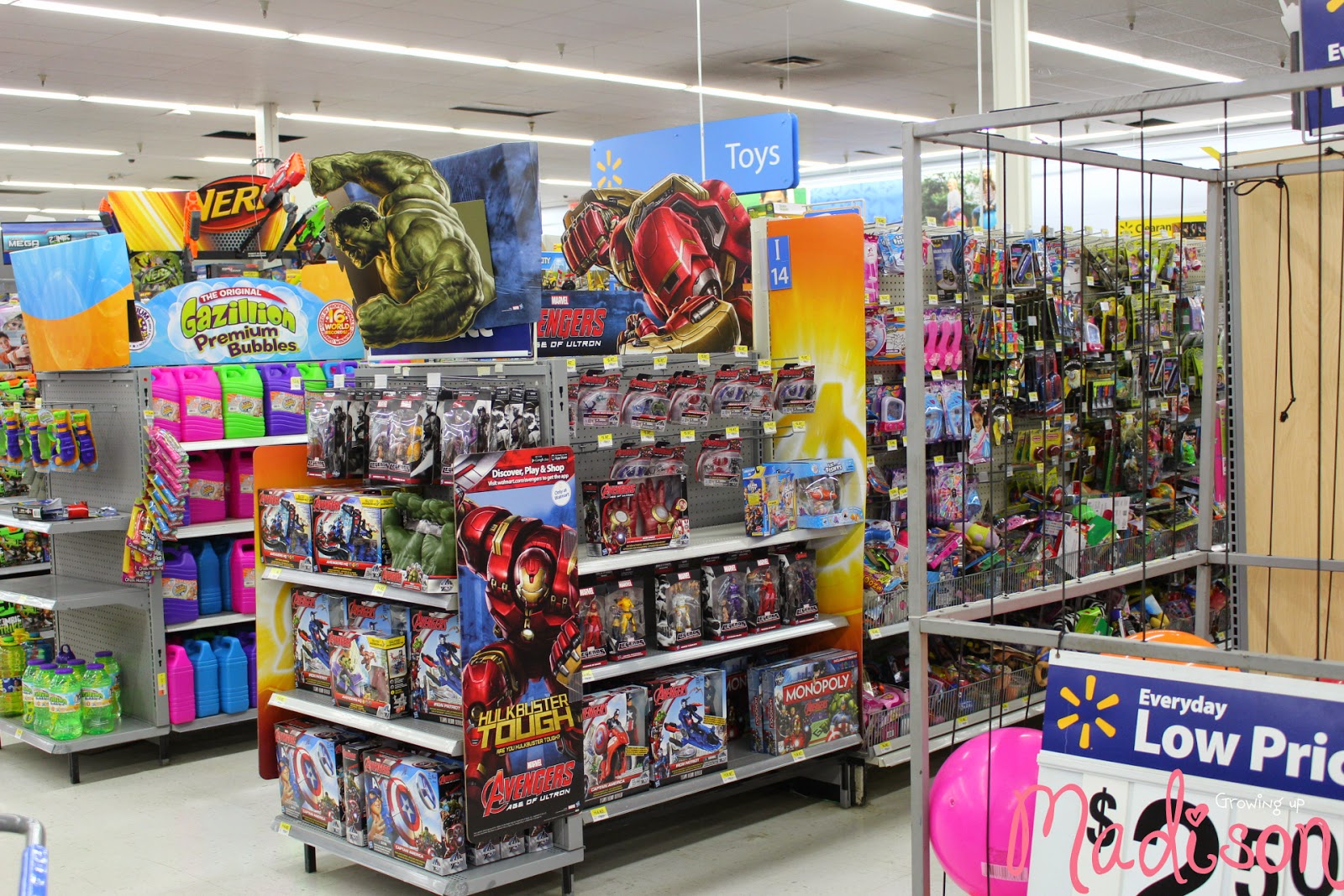 Now while MARVEL’s The Avengers: Age of Ultron movie actually consists of one female super hero Black Widow we were actually surprised to see that there was no toys really featuring her. Madison on the other hand probably wouldn’t have cared just like she’s not interested in the Hulk, Thor or even Iron Man. Her favorite as I mentioned is Captain America and that’s exactly who she ran to. That was her guy! 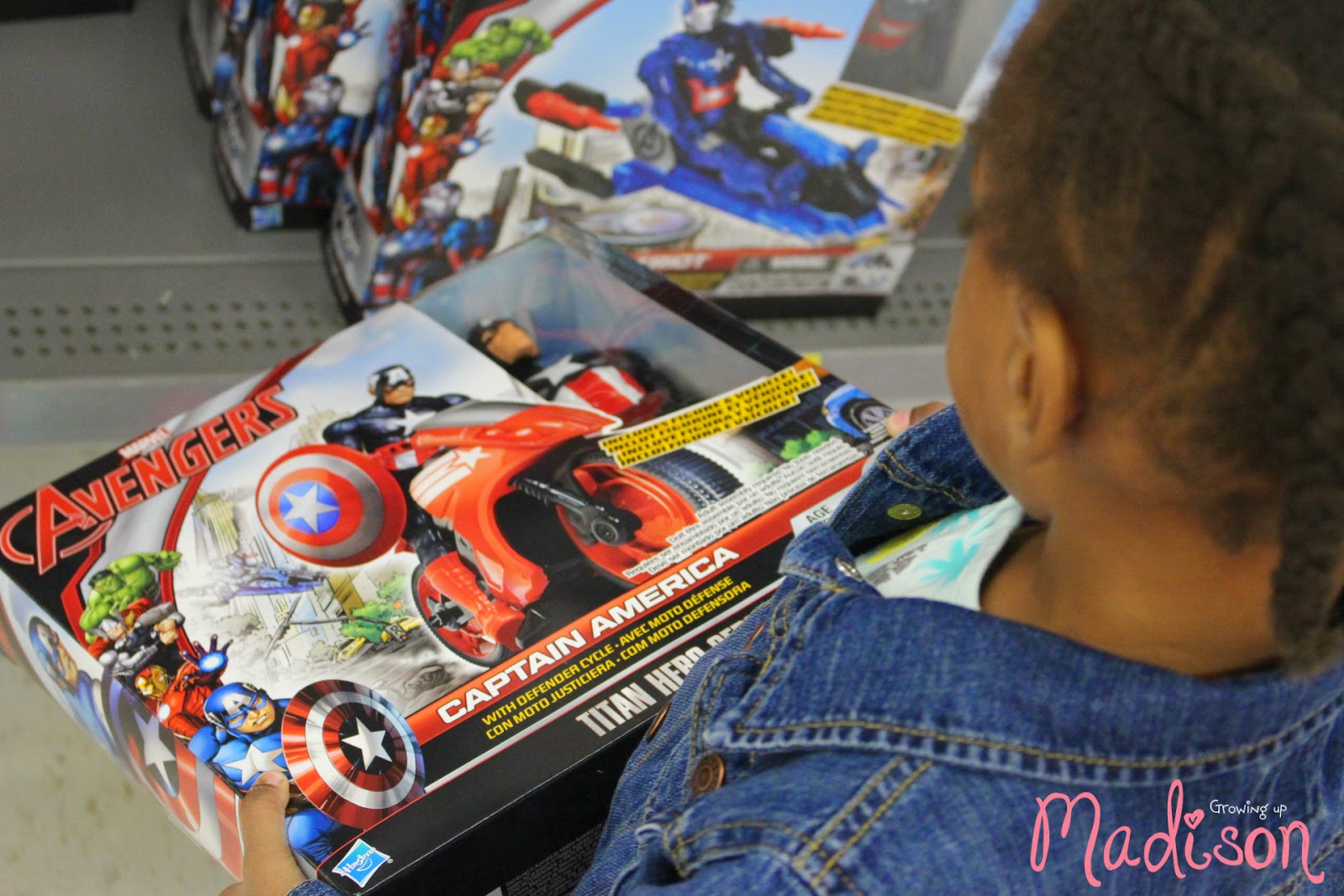 Who doesn’t love Captain America? He’s all man and after all the leader of The Avengers. He’s a take charge kind of guy and displays true leadership skills. He inspires and wouldn’t ask anyone to do something that he wouldn’t do. While most would think that Iron Man might be great as a leader, personally I think that Iron Man is a bit of a show-off and isn’t as cool but we do like his suit. 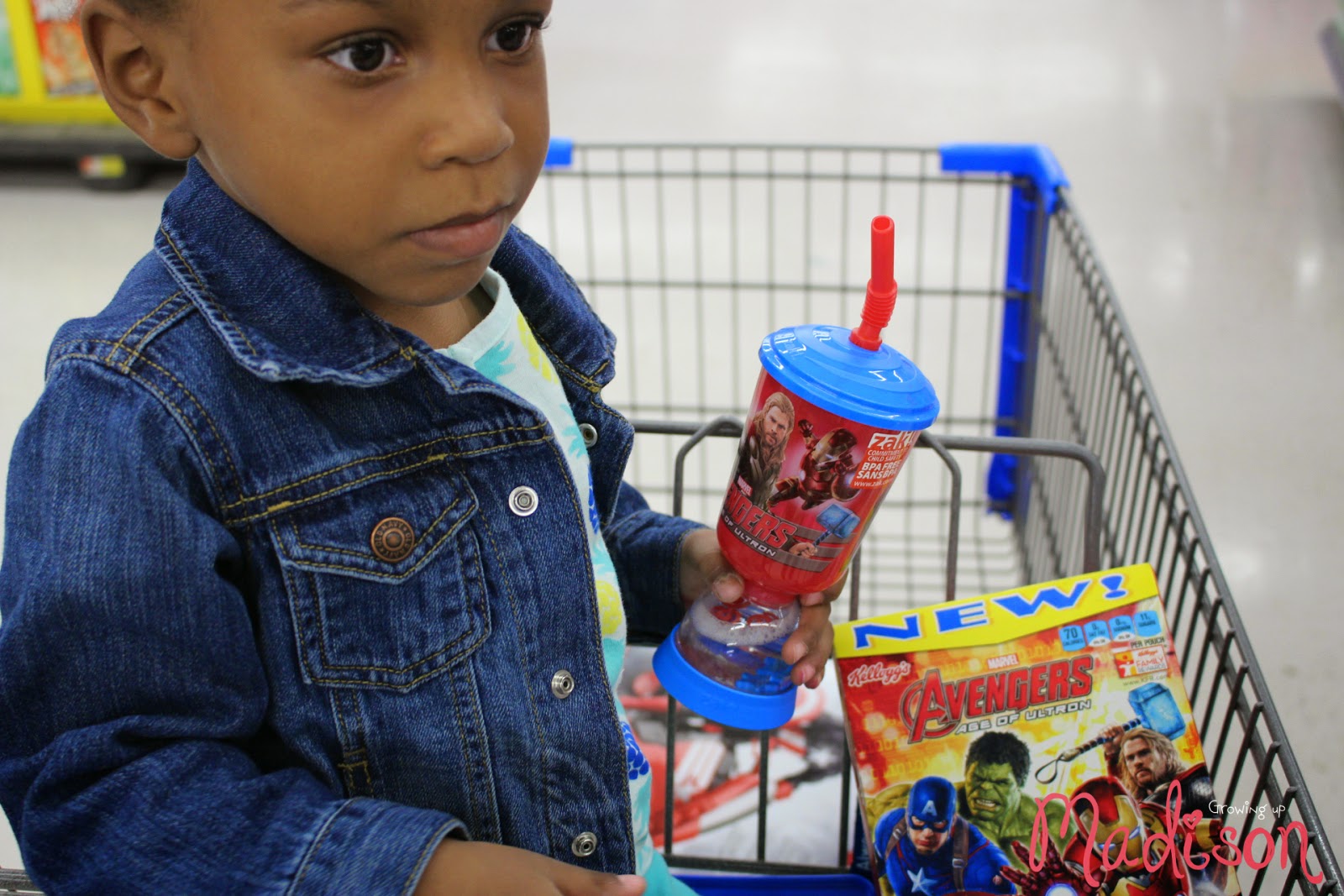 My daughter is very much like Captain America. Fearless and inspiring and thinks that she is most definitely going to be the next future hero. Us girls can be anything we want to be and we can defy adversity just like Captain America did. We’re not weak, we are super strong and just like the Avengers we need to unite! 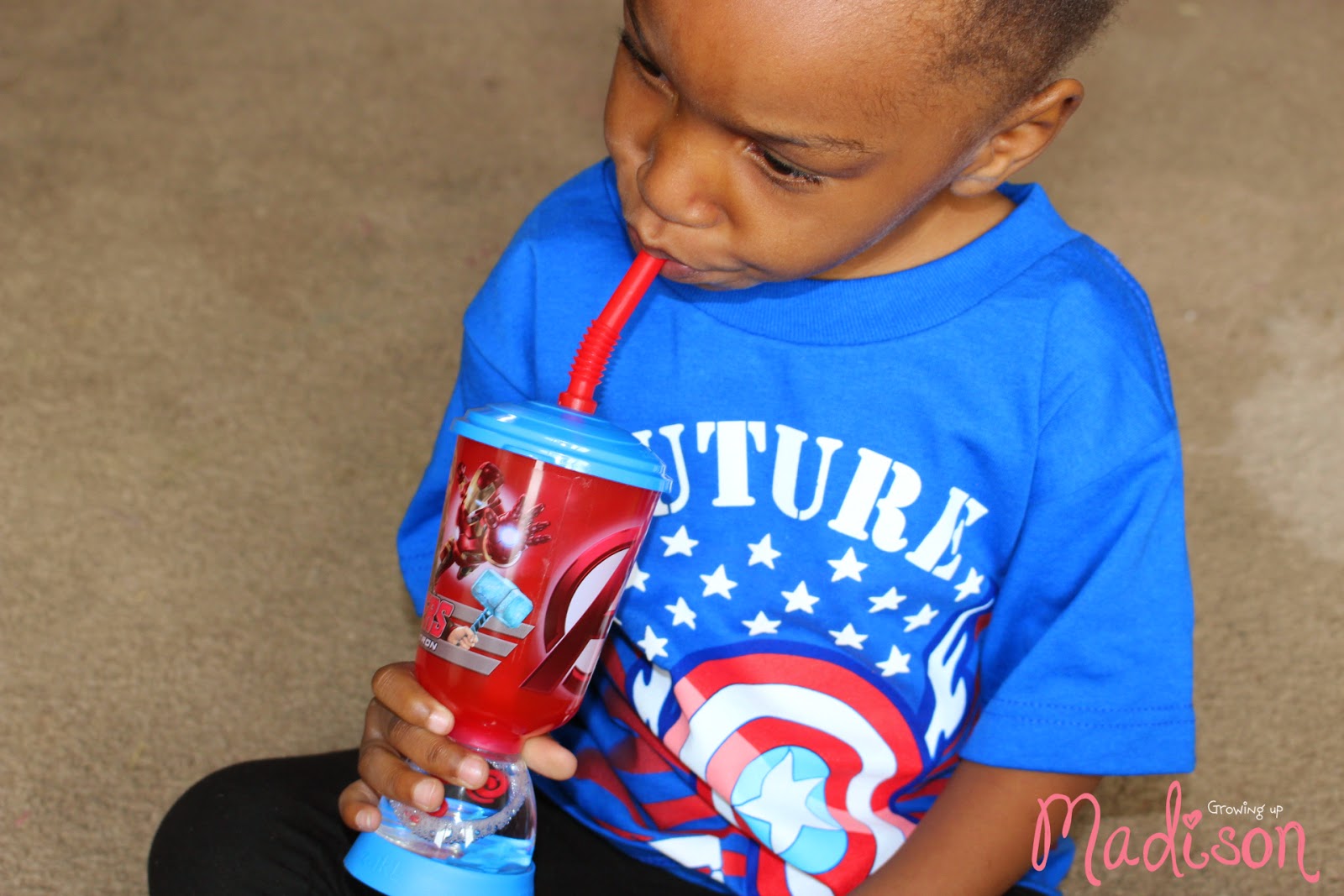 So get ready for MARVEL’s The Avengers: Age of Ultron movie and while you’re waiting, stock upon Avengers merchandise available at Walmart. It’s going to be a hit and I can almost guarantee that you won’t be disappointed. We weren’t disappointed with the others and can’t wait to see this one. The movie comes out May 1st in theaters nationwide so don’t miss it. While you’re waiting you can download the app Super Heroes Assemble which will be available in the iTunes and Google Play store (starting April 15th). GIRL POWER! #AvengersUnite!

Are you looking forward to the movie? Who’s your favorite Avenger Superhero?