My Caribbean Adventures series continue and we are still highlighting my trip to the beautiful island of St. Vincent and the Grenadines. If you’ve read the others in this series then you may know that I spent the last two weeks in December there. That means that I got to enjoy Christmas in the Caribbean. Lots of sunshine and of course a few raindrops here and there but nothing major. Today I want to share with you another tradition that is done in St. Vincent. It’s called Talent Behind the Walls. Well if you’re wondering what it’s all about let me give you a brief rundown of what it is. Every year the prisoners at Her Majesty’s Prison get to highlight their talents, whether it be poetry or singing. After all just because you’re in prison doesn’t mean that your life is over. It’s also something the people of St. Vincent have come to look forward to every year. Entry is via donation to see them perform. One thing to note is that they are separated by bars and police protection so we are totally safe. 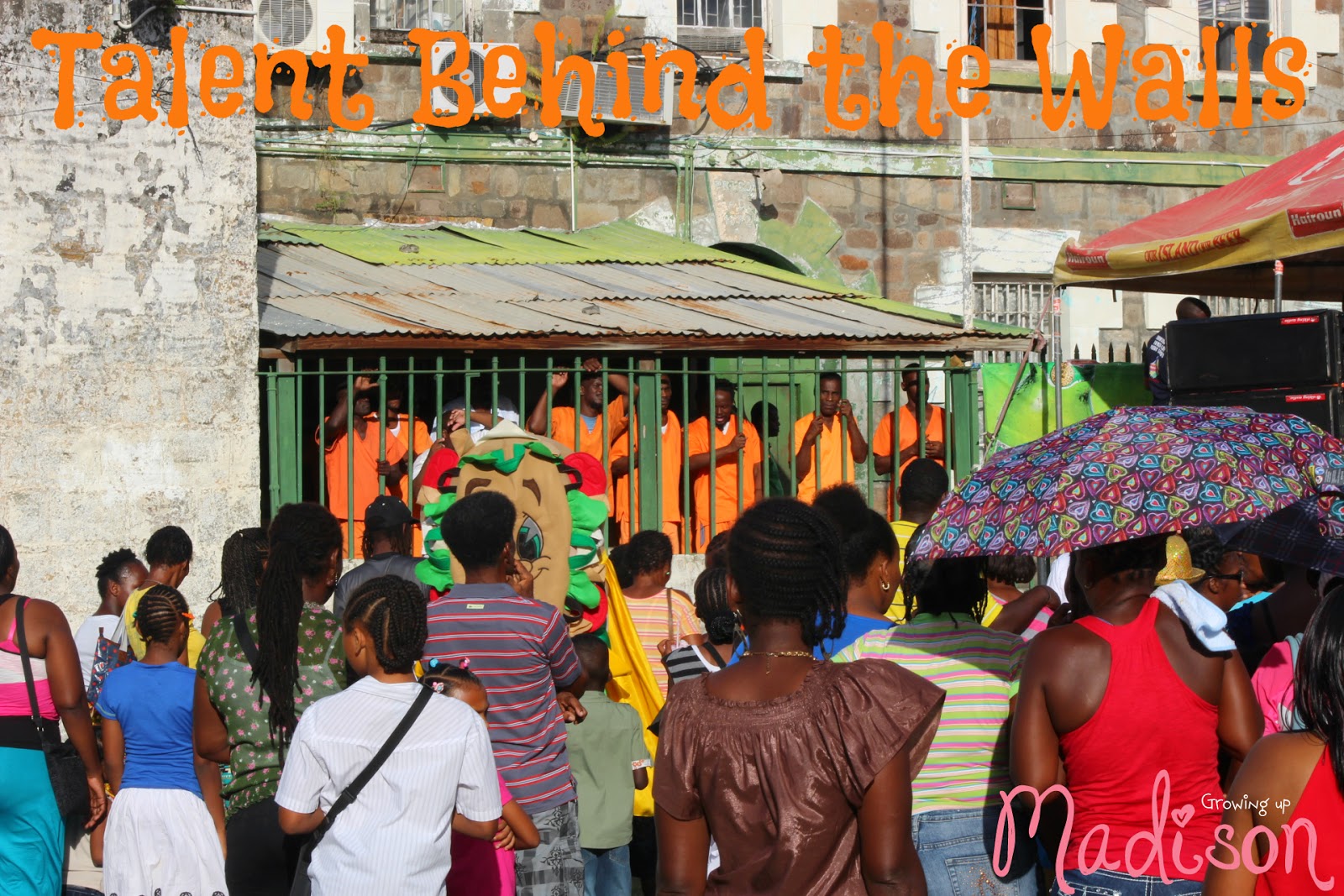 My Sunday started off bright and sunny and mommy got me dressed and ready to go. I had never seen someone in prison before and the fact that they were having a concert was a novelty to me. Then again they are human beings just like me and deserve to have a bit of fun right? I surely think so. 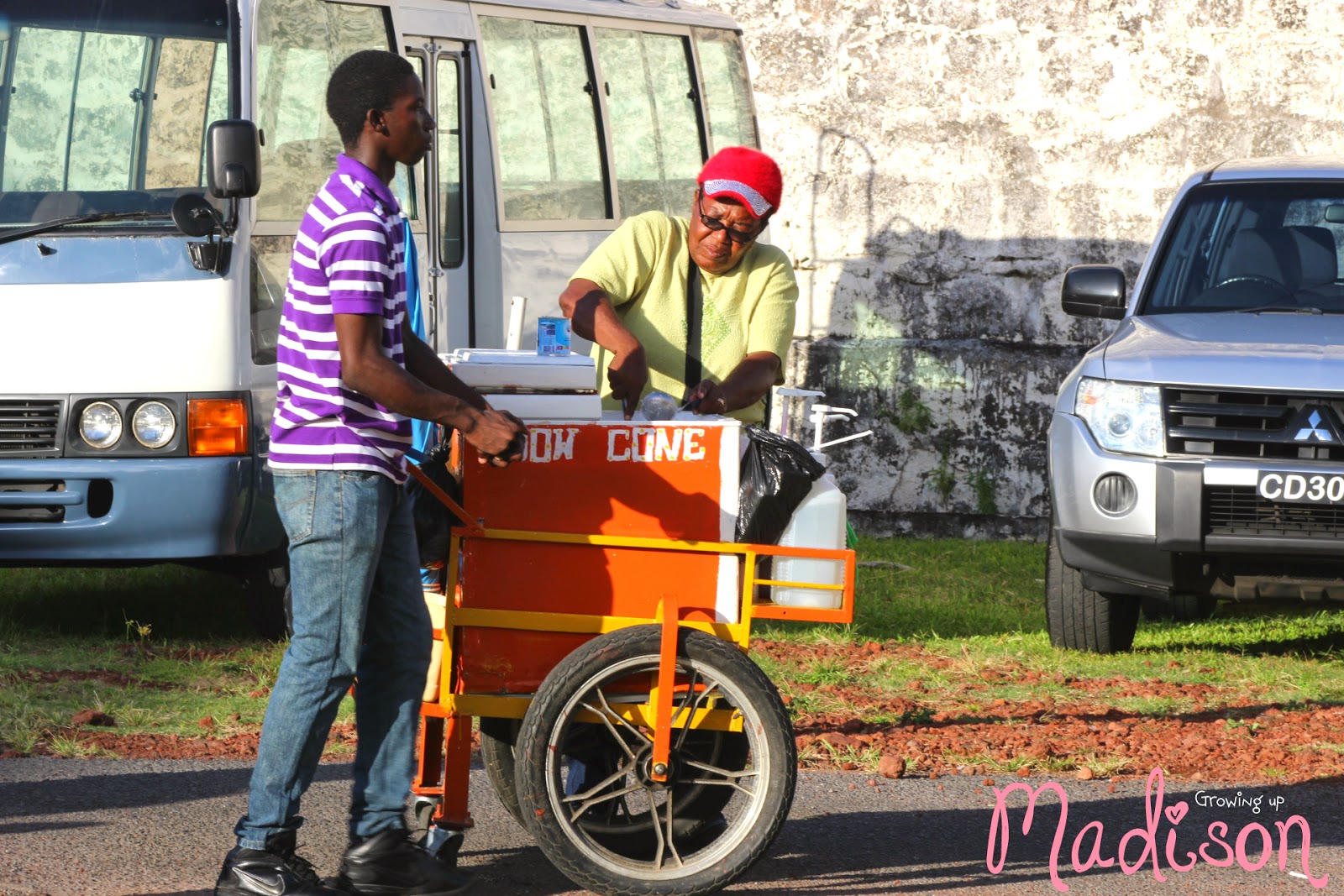 I was very surprised at how much people actually showed up to this concert. I had no idea that there would have been so many people there. There are no seats to sit so we all had to stand up and watch the performance. Being only 2 I couldn’t see much but mommy did lift me up every once in a while so I can take in some of the performances. There were vendors at the concert and I got to enjoy my very first Vincy snow-cone. A Vincy (what Vincentians call themselves) snow-cone consists of shaved ice, syrup and condensed milk and tastes absolutely delicious. I also got some popcorn which I just happen to love. 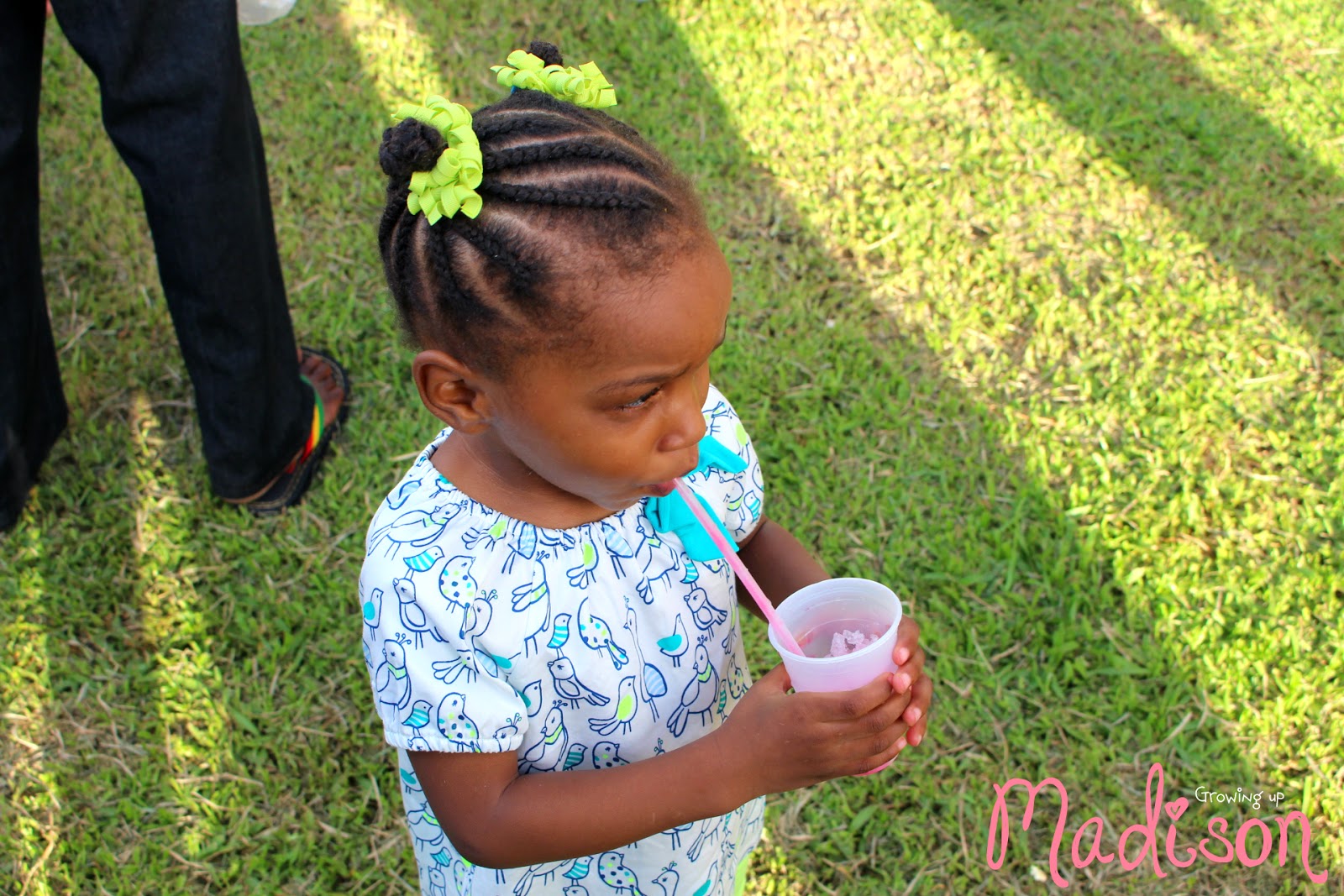 The performances were a lot of fun to listen to although I had a difficult time understanding what they were saying at times. While the country of St. Vincent and the Grenadines is a British territory and the primary language is English, they also have a dialect that only West Indians understand. I do however understand some, not all, of it since mommy speaks it to me. 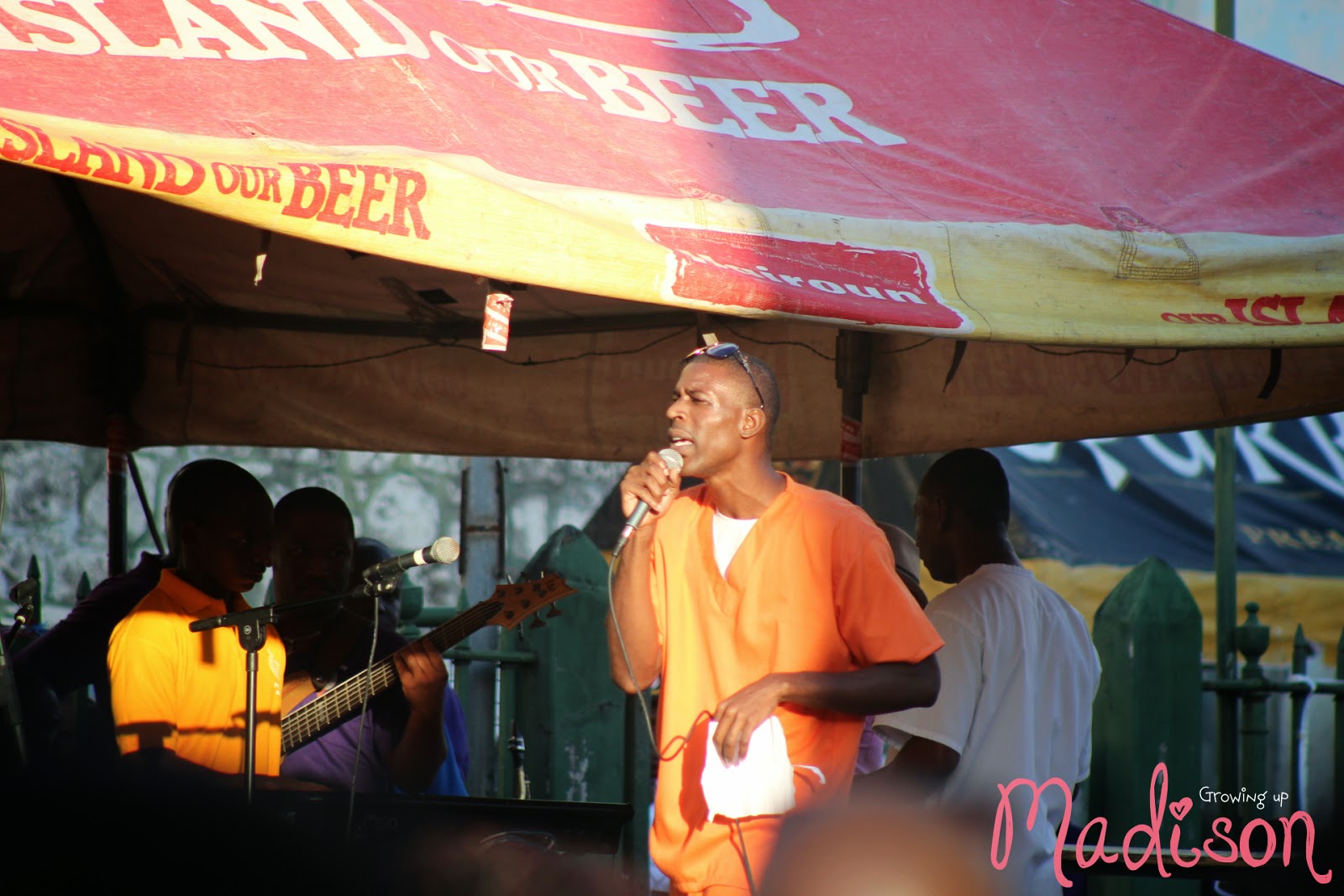 I was able to see performances from not only the male prisoners on the island but also the female prisoners too. Songs included traditional Christmas carols and then songs that the inmates composed themselves. The composed songs were the funniest ones and mommy had so much fun laughing out loud at a few of them. 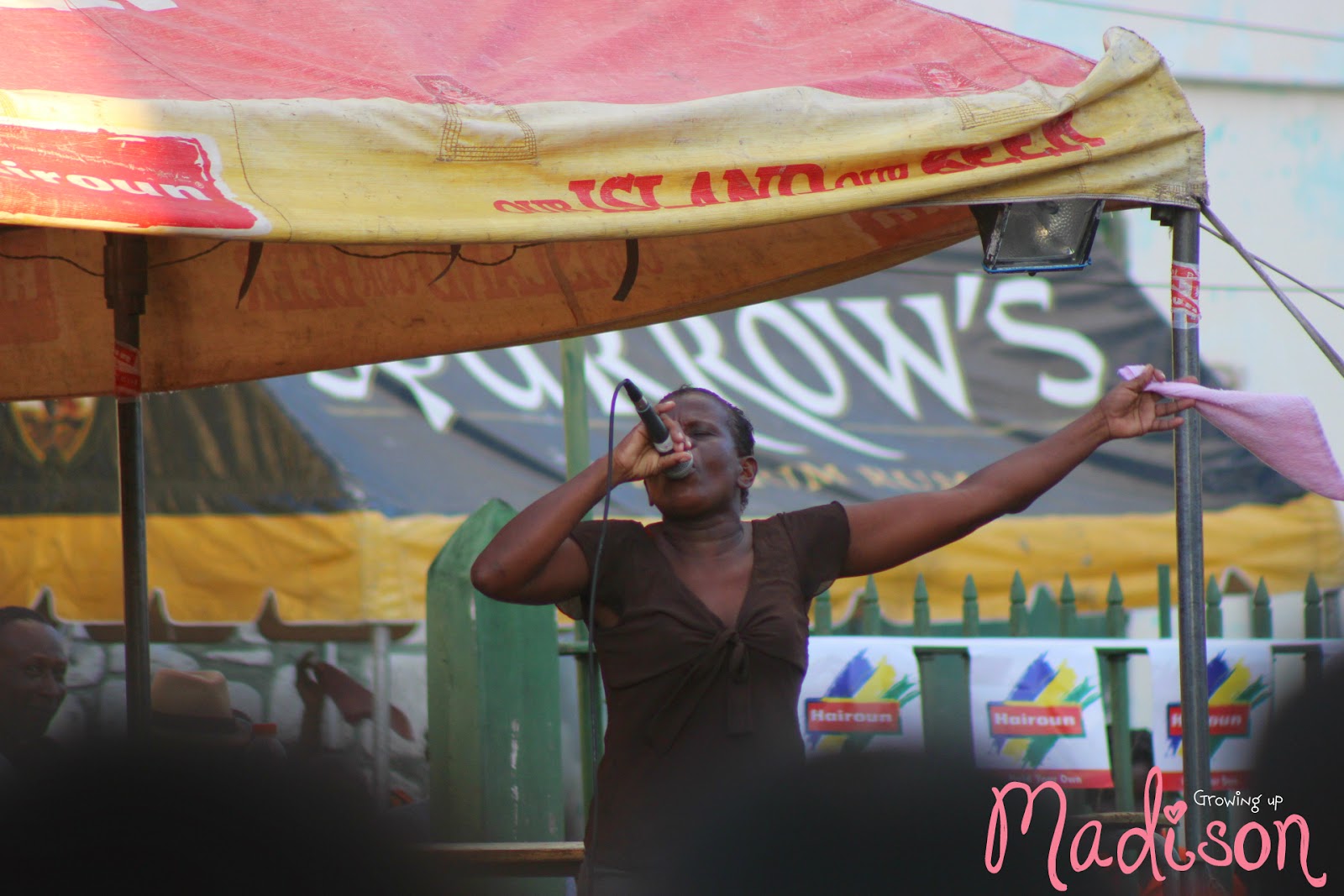 Here is one of the performance that mommy just happened to record while we were there. I hope you’re able to understand the Vincy dialect. It can be fun hearing them speak and trying to understand what they’re saying.

If you’re ever in St. Vincent and the Grenadines around the Christmas holidays, you’ll want to put the Talent Behind the Walls on your schedule of things to do. I’m glad I was able to attend and enjoy it along with mommy and my sister Krxssy. Be sure to try the snow cone and the popcorn. You’ll love it. 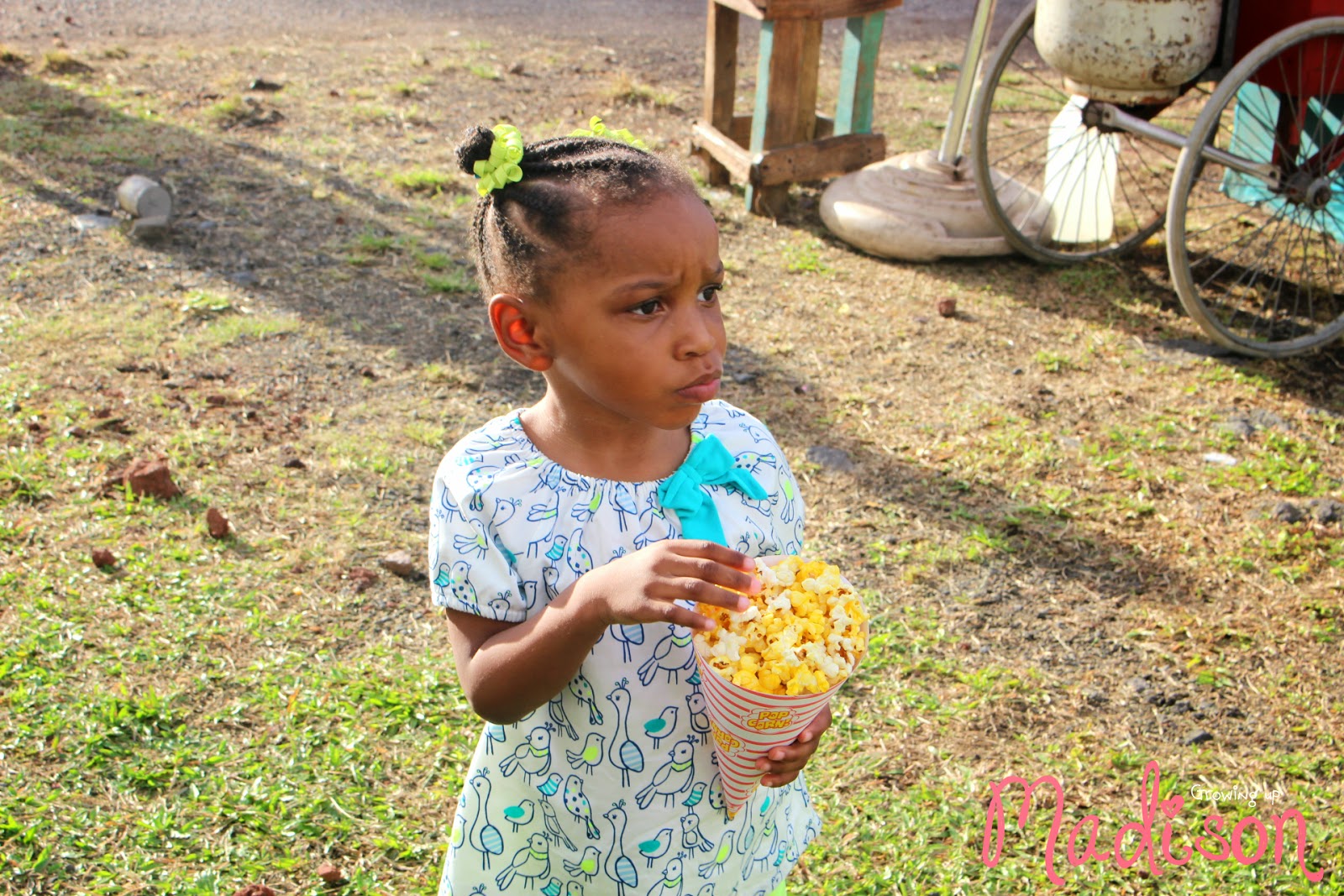