This Halloween season, for just one month Disneyland Park will get a makeover, as a strange and spooky atmosphere creeps over and Disney characters will leave guests amused, spooked and surprised. In all their finery, Disney Villains will meticulously prepare their most spectacular tricks to tease guests, but fear not as Mickey and his friends will still be around, so expect pranks and chuckles from them as well! 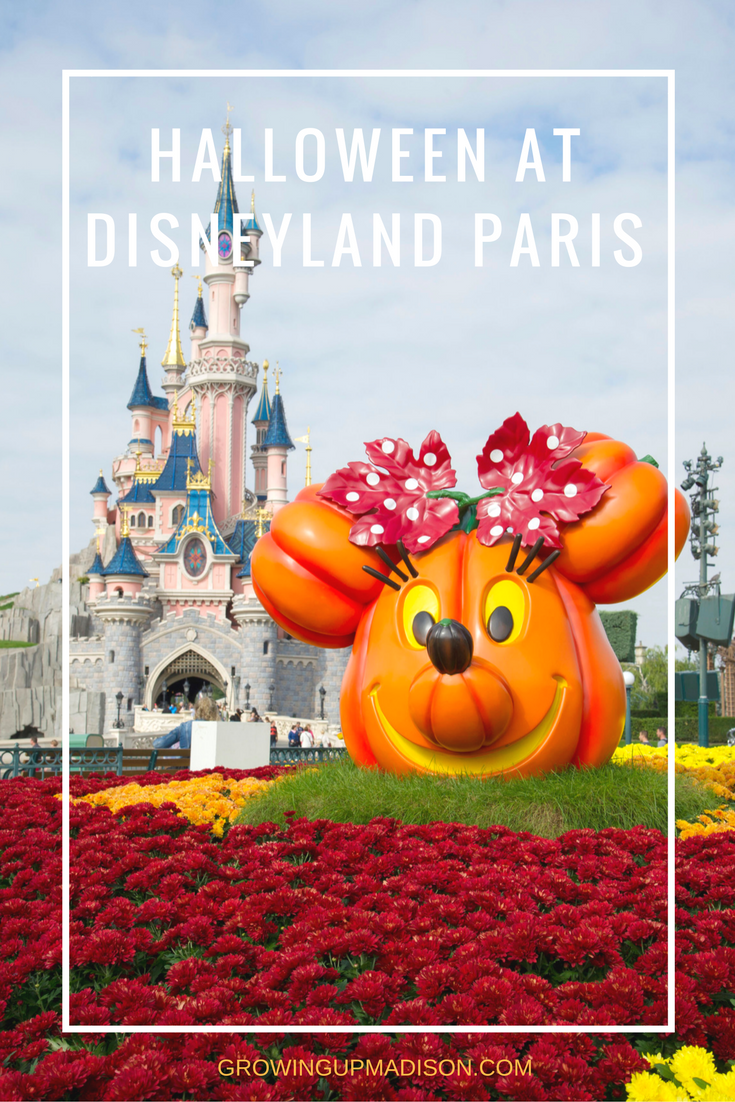 FROM A JOYFULLY FUNNY ATMOSPHERE…

From 1 October to 2 November 2016, Disneyland Park will run on laughter and shivers.

Despite allowing the Disney Villains to plunge guests into a spooky realm, Mickey and friends will also be on hand to make mischief at Disneyland Park. Mickey, along with his fellow adventurers, Minnie, Donald, Daisy, Scrooge McDuck and many more will be celebrating the harvest at Mickey’s Halloween Celebration1. Bursting with color and fun, the parade is the climax of the seasonal celebration, which takes a villainous turn soon enough. 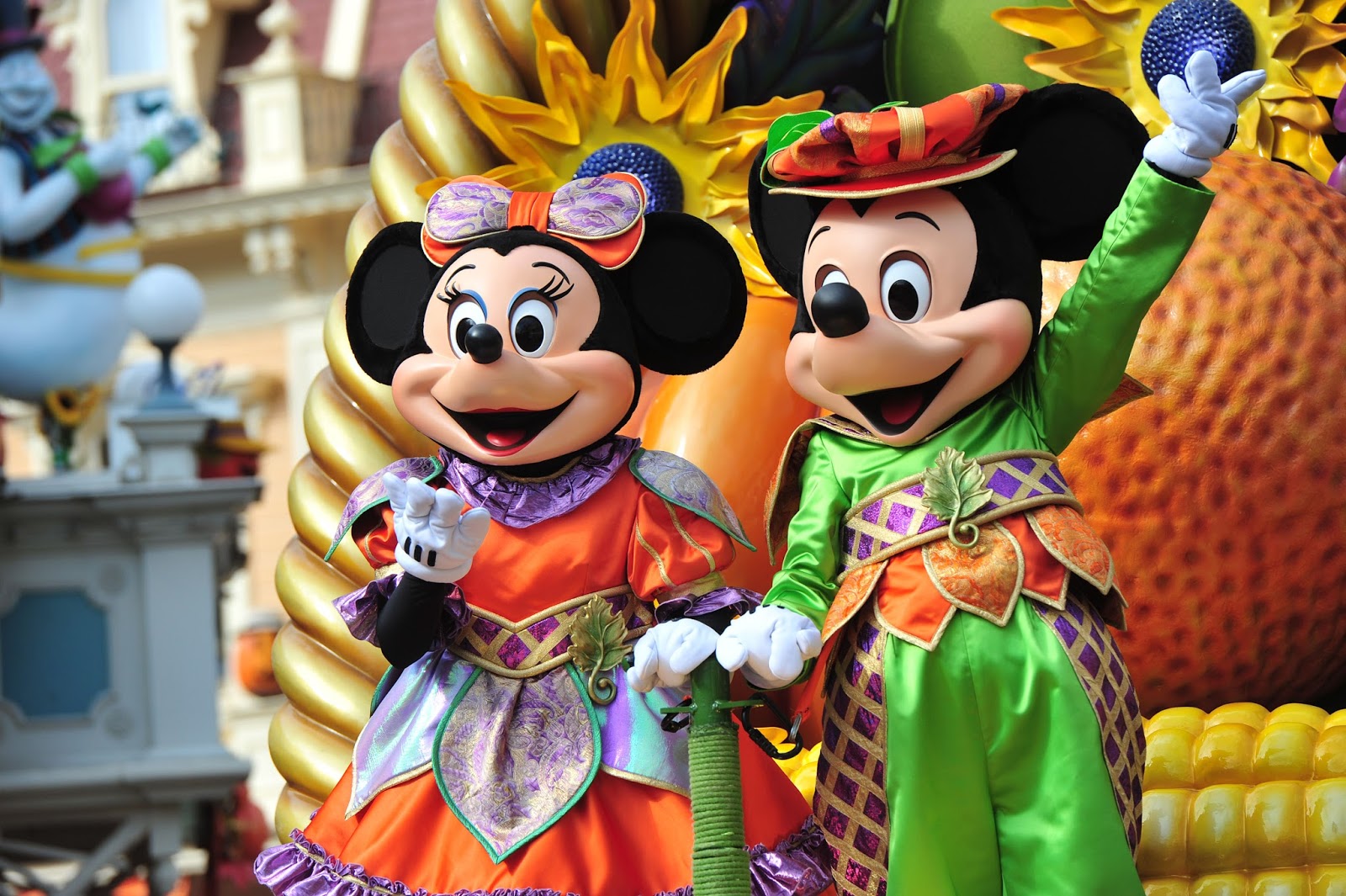 Also, to make the most of the celebration, head to the Halloween Costume Corner1 to discover the costumes Daisy is showcasing for the occasion. Stitch also promises to make a few appearances to create a spectacularly mischievous Halloween for guests. Guests can expect to meet plenty of Disney Characters for monstrously funny souvenir photos.

TO A SIMPLY CHILLING UNIVERSE…

Then it is showtime for the Disney Villains…

Maleficent, queen of the Disney Villains will take control of Castle Courtyard, claiming it as Maleficent’s Court1. A fearsome fairy will pose beside her unnerving bramble bush: a captivating encounter for half-amused, half-frightened guests.

Maleficent’s spell will extend to the Royal Castle Stage where the Disney Villains will challenge the most audacious guests to attend their shows: It’s Good to Be Bad with the Disney Villains!  Jafar (Aladdin), Cruella de Vil (101 Dalmatians), as well as Gaston (Beauty and the Beast), the Queen of Hearts (Alice in Wonderland), and Captain Hook (Peter Pan) will be there. The witch from Snow White, Frollo (The Hunchback of Notre Dame) and even Dr Facilier (The Princess and The Frog) will also be coming along to wreak havoc. 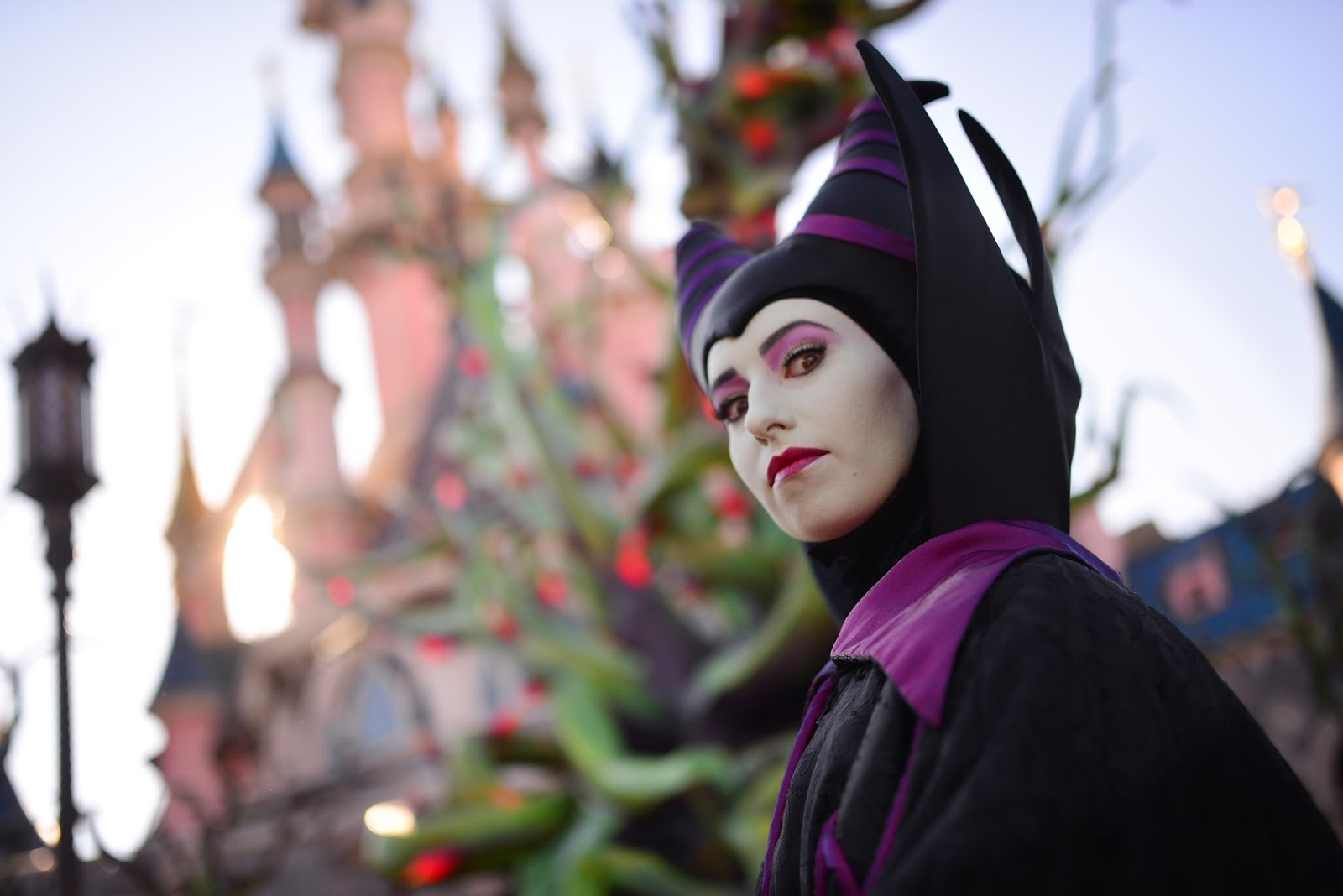 Guests looking for adventure will also love the Park attractions, which provide thrills throughout the year. The loops of Space Mountain: Mission 2, the frightening track of Indiana Jones  and the Temple of Peril and the delirious speeds of Rock ‘n’ Roller Coaster starring Aerosmith will send shivers down the spines of the most seasoned rollercoaster fan. For more unusual thrills, guests will be able to venture off towards The Twilight Zone Tower of Terror. This aptly named attraction will have guests shrieking in terror as the elevator plunges down the abandoned shaft. One thing is certain; the view is worth the detour.

AND JITTERS AMONG THE PUMPKINS…

The Halloween spirit will stretch its ghostly arms throughout Disneyland Park, from Main Street, U.S.A. up to Sleeping Beauty Castle. Sinister and comical, Disney’s Funky Pumpkins (Disney’s unique sculpted and decorated character heads) will oversee this transformation, amusing and intriguing guests. Meanwhile, the smiling phantoms of the former inhabitants of Main Street, U.S.A. will invite guests to pose with them, allowing them to immortalize the moment. 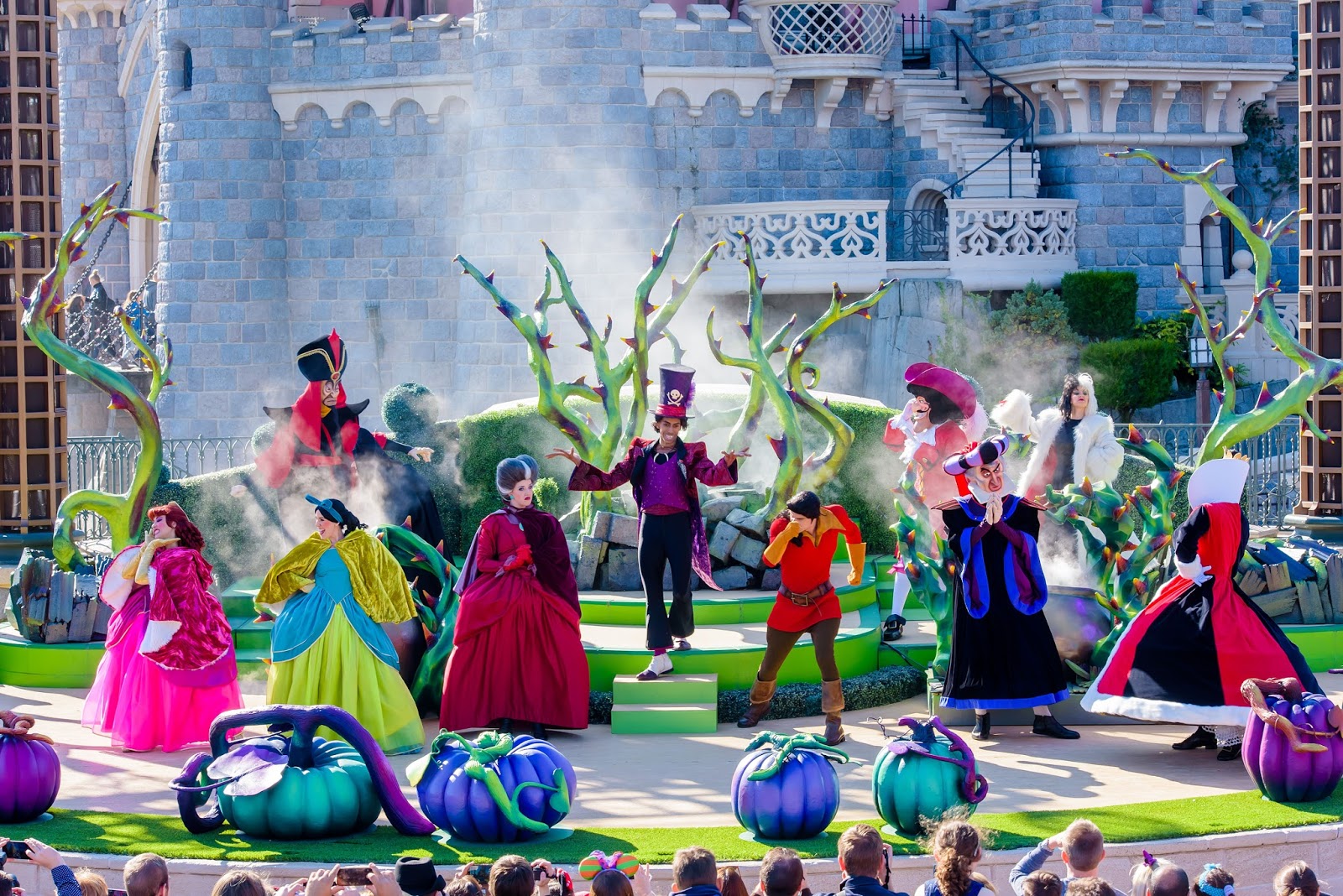 The most daring guests can go to Castle Courtyard, which has been taken over by an impressive bramble bush. Its disturbing form, resembling a strange dragon, will change color when night falls, transporting guests to a mysterious world.

Finally, guests at Disneyland Park can enjoy the culmination of the season, Disney’s Halloween Party2 on 31 October 2016 until 1 am. When night falls, they will be able to continue to relish the atmosphere in the Park with fun, frights and surprises, as part of a unique and original experience at the mercy of Mickey and his friends and the tricks they have in store.

The Disney Villains will be happier than ever, determined to provide thrills and chills.

With humor, frivolity and a healthy dose of mischief, Halloween will make guests laugh and tremble at Disneyland Paris, from 1 October to 2 November 2016. 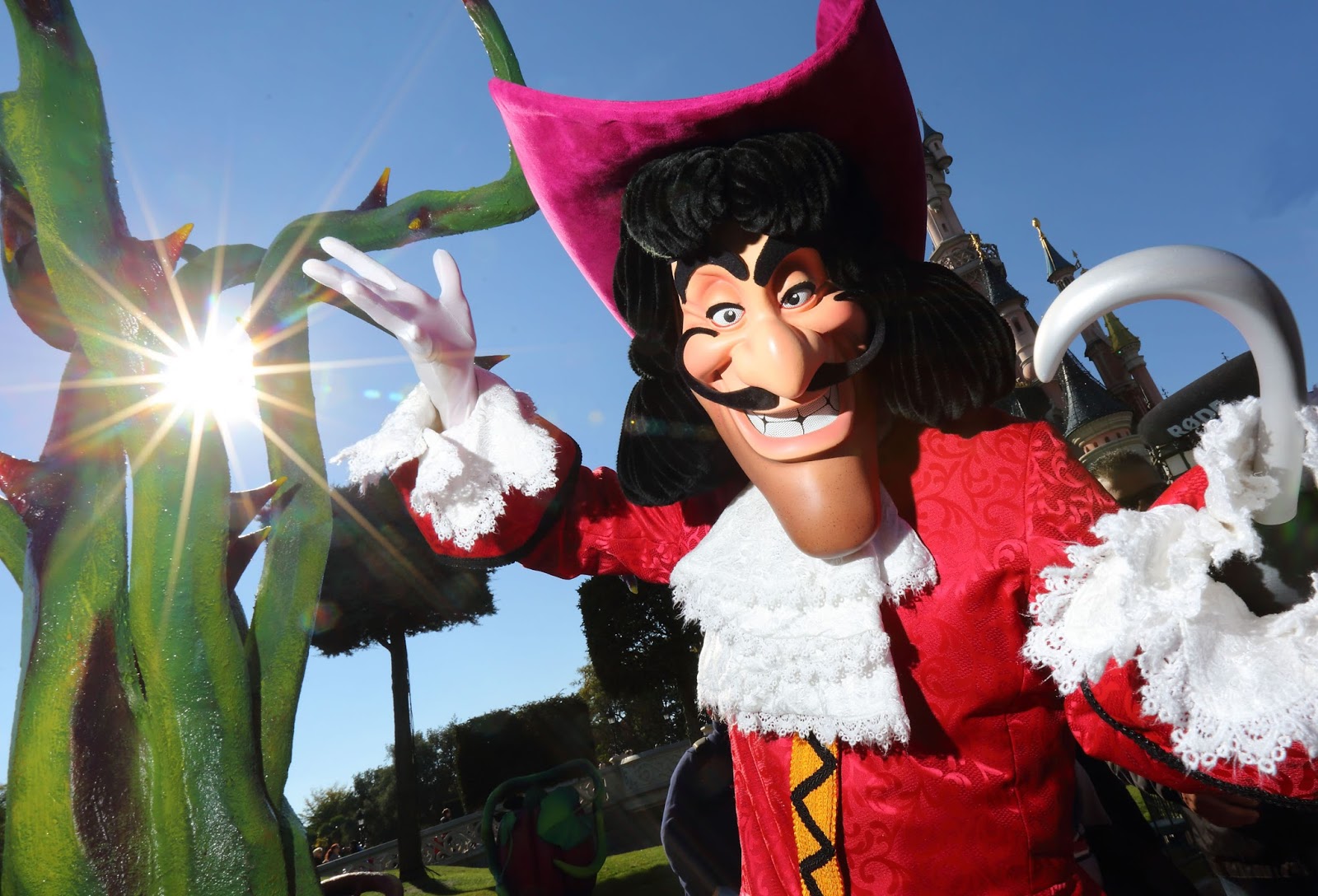 For entry to the party, a wristband is issued upon presentation of a valid evening ticket. The party may be changed, postponed or cancelled without prior notice, particularly in the vent of inclement weather. Parking not included in the price of the entry ticket.

EUR 45 per person, free for children under 3. Entry to Disneyland Park after 5 pm for holders of a valid evening ticket.