The Super Bowl is just days away, and whether you’re rooting for the Patriots or the Rams, it’s the perfect time to get your friends and family who enjoy the game together, after all, it only comes once a year.

This is a sponsored conversation written by me on behalf of Febreze. The opinions and texts are all mines. 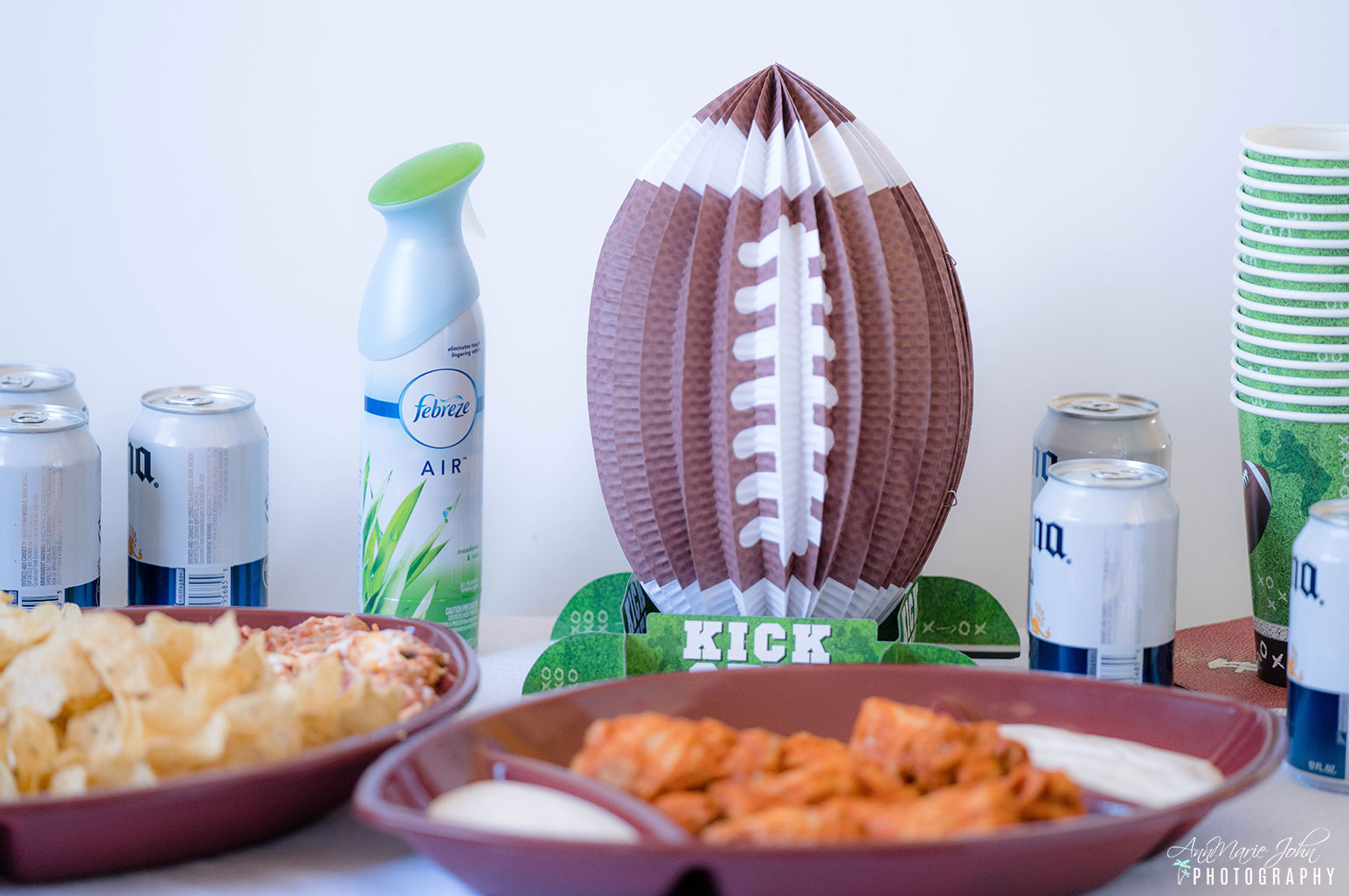 If this isn’t your first time hosting the Super Bowl party, then you know what you need to make it awesome, and chances are that if you’ve been entertaining for quite some time, then you know just what you need. However, if this is your first time hosting, then I’m here to ensure that you won’t foul out with your guest, by sharing these five essentials that will guarantee you’ll have an awesome Super Bowl party at home. 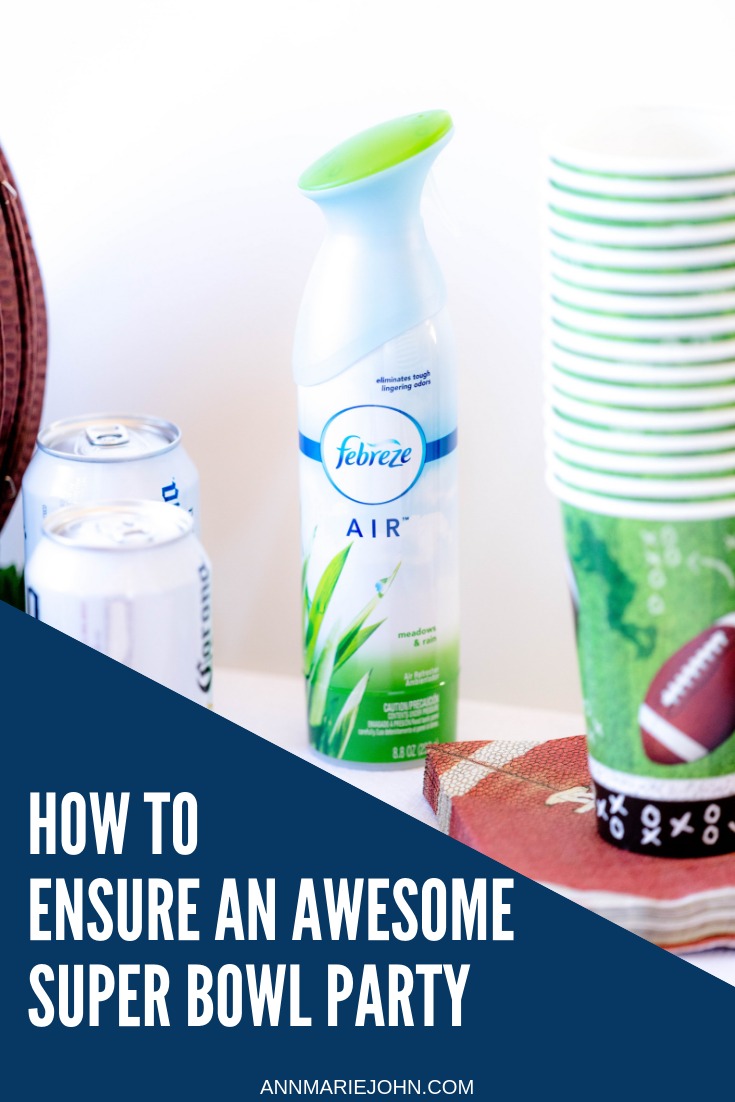 Make sure that you have enough seats for everyone so that they’re able to watch the TV. After all, it’s why they’re there. You can organize your chairs in your living room, den or entertainment area (wherever you’ll be watching the game) so that guests can have the optimal game experience. If you don’t have enough seats, ask friends to bring folding chairs, or you may even consider renting your own.

KEEP IT FUN AND FRESH

While decorations aren’t a necessity, it’s a good idea to have a few Super Bowl decor such as balloons, streamers or even banners. You may even consider having some real or inflatable footballs around the room. You’re also going to want to make sure that your home smells fresh and clean, before guests arrive, during the game, and once the party’s over, so pick up a few cans of Febreze AIR that can be placed wherever you’re watching the game, and don’t forget the bathroom! You don’t want foul odors causing havoc with your party. Febreze’s YouTube page has a hilarious video – starring Terrell Owens – that shows the odor madness that can ensue at your party WITHOUT Febreze, and serves as a reminder for everyone to include it on your Super Bowl party prep shopping list.

A Super Bowl party isn’t fun if you don’t have enough food to feed everyone that will be there. Consider serving a mixture of items to satisfy everyone that will be there. While the standard snacks are a must such as dips and chips, you should also have sandwiches, pizza, wings, etc., that your guests can stock up on while watching the game. While you can have a few snacks in the game area, you can also set up a folding table so that the food is accessible to everyone easily and quickly.

Game Day is not the time to bring out your best china, you don’t want your favorite plate getting broken during the excitement of a touchdown. Stock up on paper plates, cutlery, and napkins for everyone, however, be sure to choose sturdy plates that can stand up to guests’ overloaded nachos and wings.

NEVER RUN OUT OF DRINKS

Speaking of food, you should also have drinks and enough of it as well. Have a variety of non-alcoholic and alcoholic beverages for everyone. Your refrigerator may not be big enough to keep them all, so think about having a cooler where you can store your drinks. Depending on the number of people who will be attending, you may even consider having a mini keg, and make sure that there is enough ice on hand to keep your drinks cold, and don’t forget the can openers.

If you would prefer not to have a lot of dishes to clean up after the party, I suggest investing in disposable cups and having everyone write their names on their cups so that they can keep track of their drinkware. 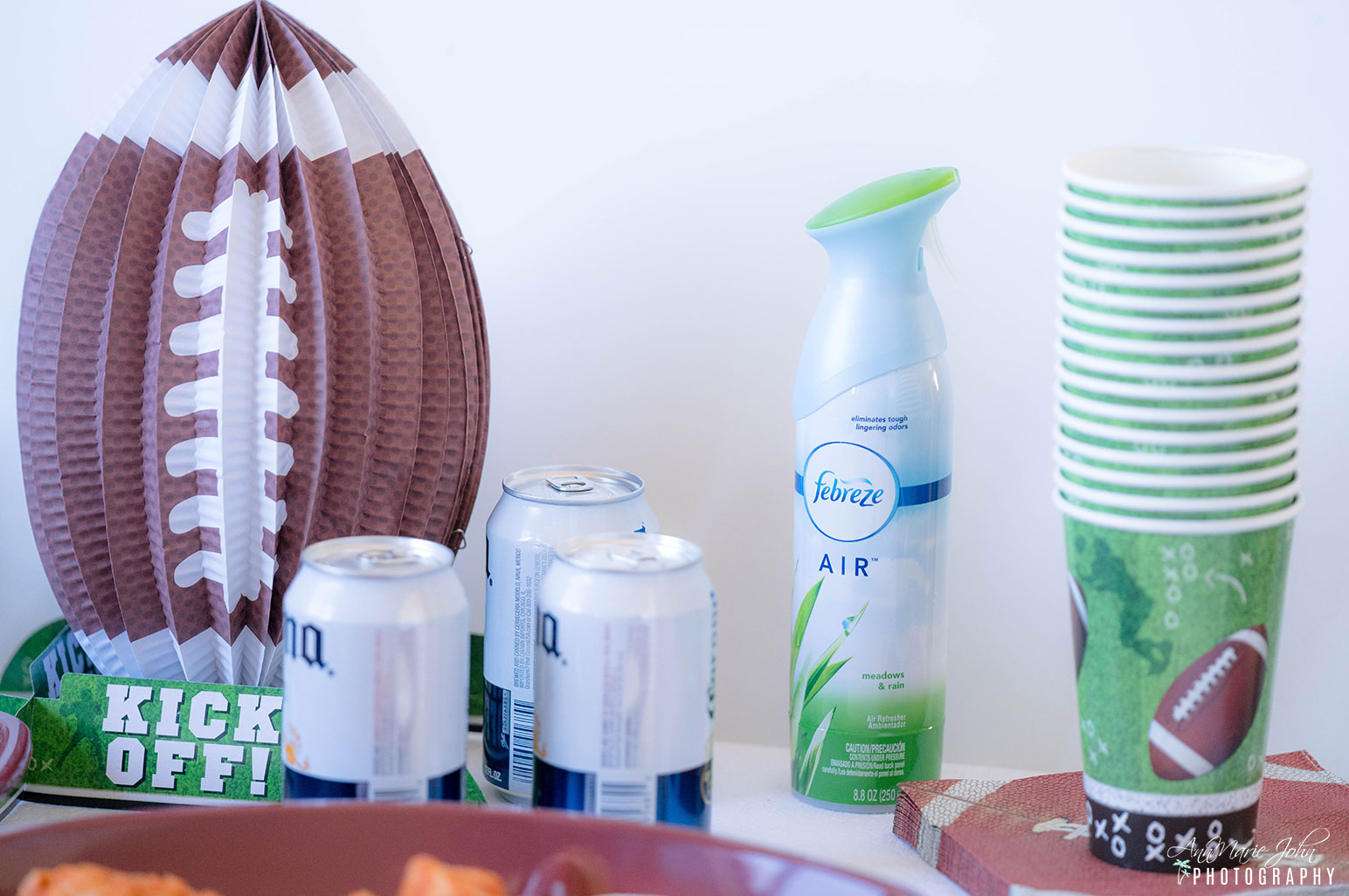 So stock up on your wings, dips and all the drinks your guest can consume, but no matter what you do, don’t forget the Febreze AIR which is the real MVP of the party. It will save you – and your home – from all of those offensive odors, pregame, postgame and all the time in between. Eliminate odors and be the host with the most remarkable Super Bowl party ever!