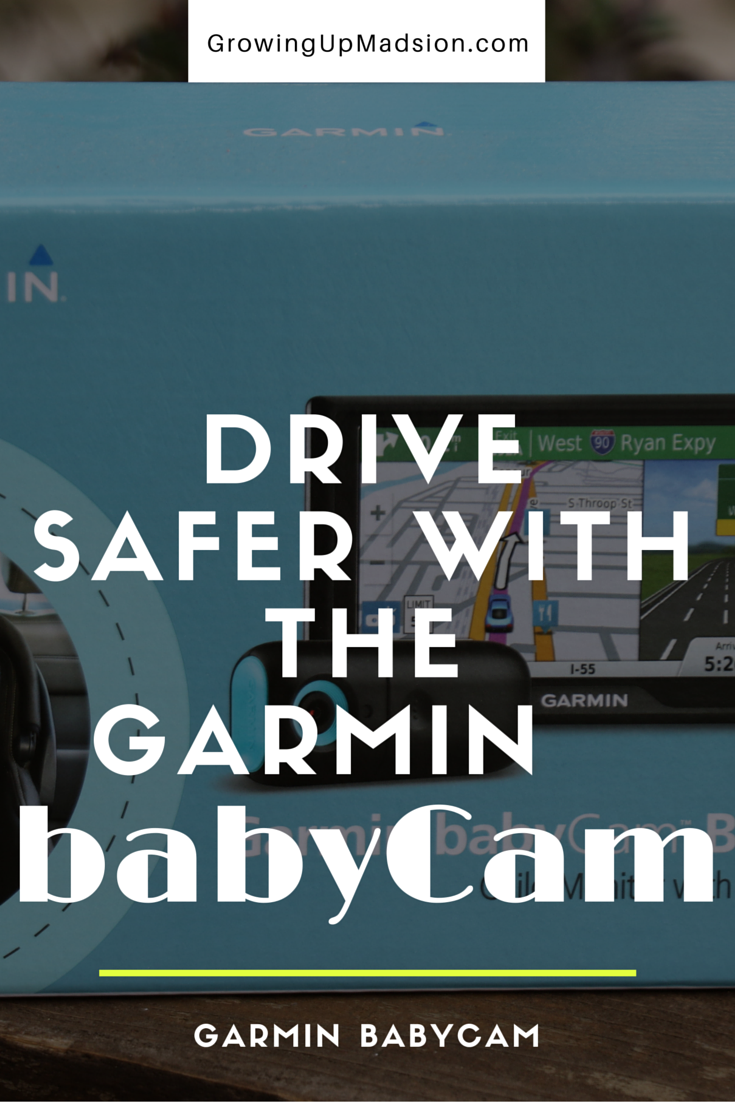 Disclosure: I am part of the Garmin Influencer Program and I receive special perks as part of my affiliation with this group. The opinions on this blog are my own.

As a mother of a little one I’m always trying to be safe, especially when it comes to driving on the highway. Moving to Colorado brought about quite a lot of changes for us. Not only were we in a state where you are required to have a vehicle, due to their lack of public transportation, but I was also in a state where I didn’t know how to get around. I’m originally from Brooklyn, New York and all that I needed was to learn the transit system and I could get from one borough to the other using the train with no problem at all. After all it’s truly the best way to get around New York City. However, here in Colorado, you need to learn how to get from Point A to Point B, and while my phone did the trick for a while, I needed something a bit more reliable so I invested in a GPS navigation system and the only one I thought of getting was a Garmin. I’ve been in Colorado for 4 years and in each of our vehicles, (3 of them), they all contain a Garmin Navigation system. 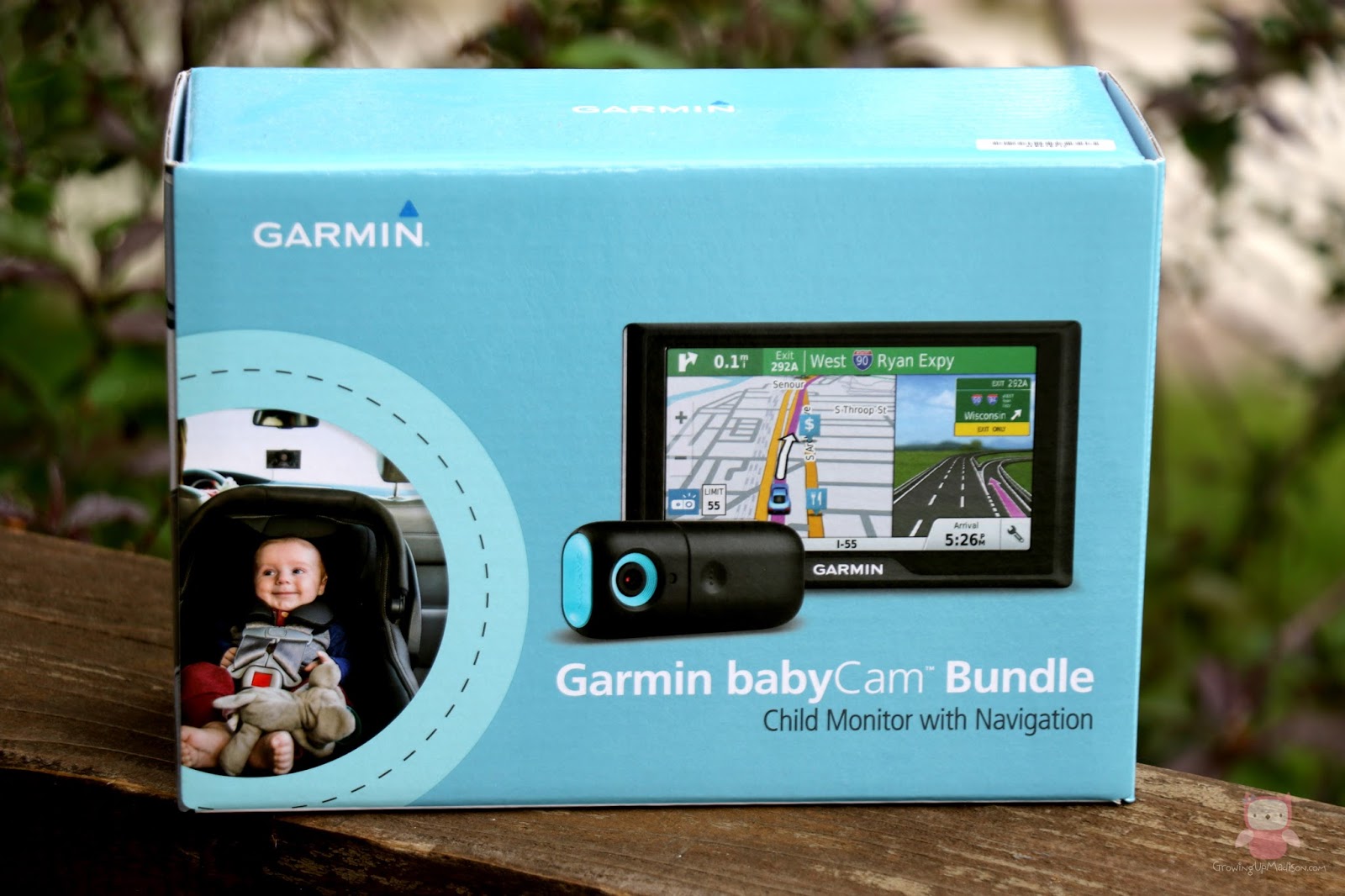 When I was sent the Garmin babyCam Bundle, which is available for purchase on Garmin’s website, I couldn’t wait to test it out. I originally own a Garmin Nuvi 2689LMT which I just loved but this was something different, something new. If you have a baby/toddler/pre-schooler still in a car seat, you know how it can be. My daughter is one of those who would constantly talk to me and try to get me to turn around while I’m driving, either to show me something, to give me something or just to talk. I have found myself turning around on occasions just to see what she needs, and we all know that just taking your eyes off the road for even a second can have disastrous effects. So too is looking at your cell phone, trying to see where you’re going. Cell phones can also go into dead zones and there’s also the chance of having your battery die, leaving you lost. I personally prefer to keep my phone charged and on hand in emergencies for phone calls. The Garmin babyCam bundle comes with the Garmin 50 navigation system and the system comes already activated and ready to go, so it’s just simple as plug and drive. With the Garmin babyCam, this allows me to get to where I’m going with a navigations system that I know and trust, and also allows me to see my daughter in her car seat. The camera was super easy to install and I installed it as instructed, onto the headrest of my front seat, since my car seat is directly behind the passenger front seat. It can however be installed to view your child whether they’re rear-facing or front-facing. Now I no longer have to turn my head around and I get to keep my eyes in front of me, however it does require me to touch the screen. Video can be set for 10, 20 or 30 seconds. I currently have mine set to 10 seconds which is enough time to see what she’s doing or wants to show me. My eyes are still focused on the road but I’m not looking down at a cell phone, or turning my head behind me, taking my eyes completely off the road. The babyCam also seamlessly switch from navigation mode to babyCam view display. The video is also pretty clear (my camera doesn’t do it justice) and it also gives a clear vision at night due to it’s night vision feature. 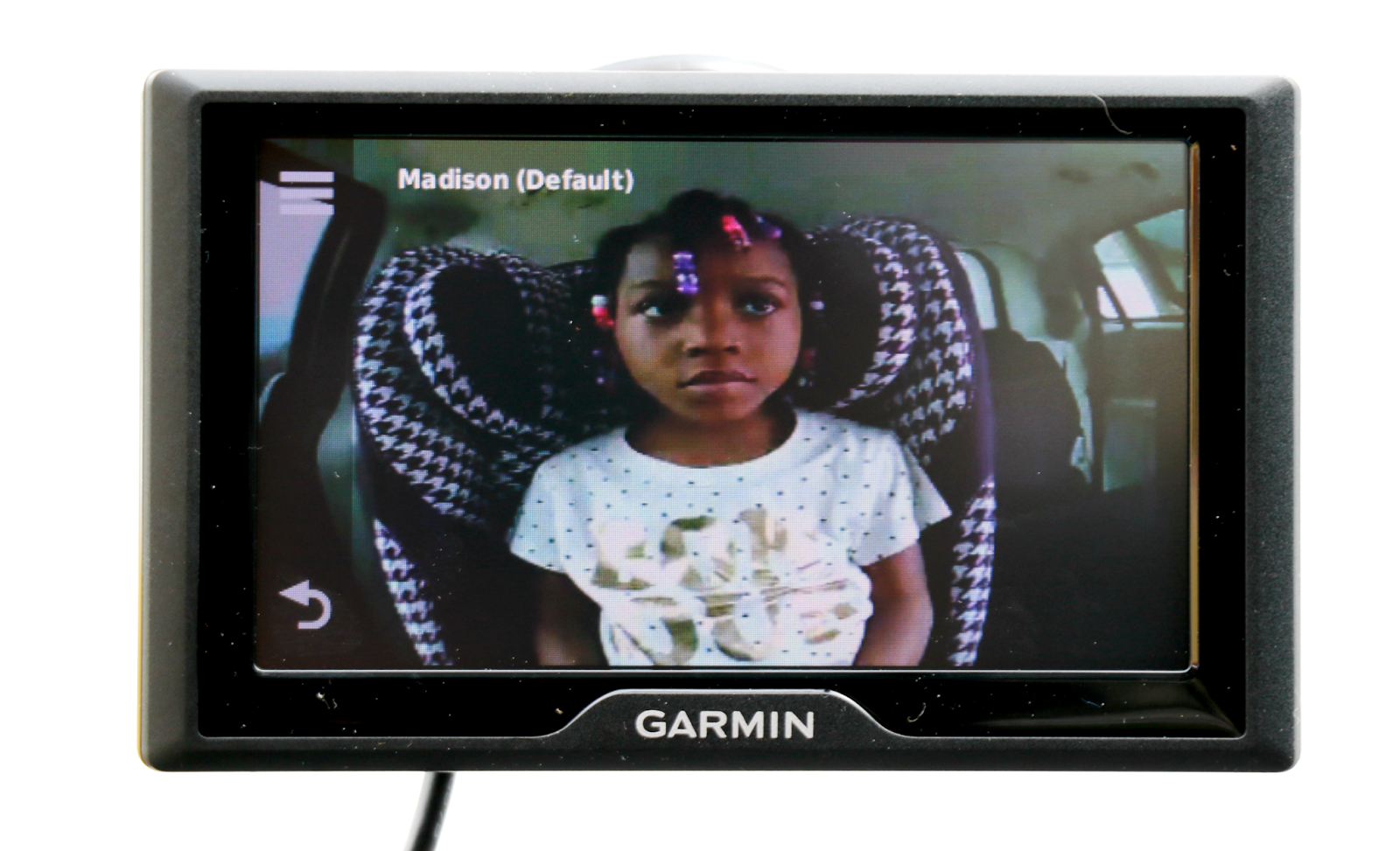 The Garmin babyCam only works with Garmin products, they cannot be used on other branded GPS systems. As I mentioned I already owned the Gamin Nuvi 2689LMT, which has Bluetooth and a bigger screen. I was able to connect the Garmin babyCam to my Nuvi and to be honest, I found that it was a lot easier to use this way. I would just say “show video” and I’m then able to see Madison seated. However, this is by far one of my favorite feature. Whenever you turn off your vehicle and you’re exiting, the GPS reminds you to check for passengers. With the increase of parents leaving their children in locked cars, having something that reminds you is an added bonus. 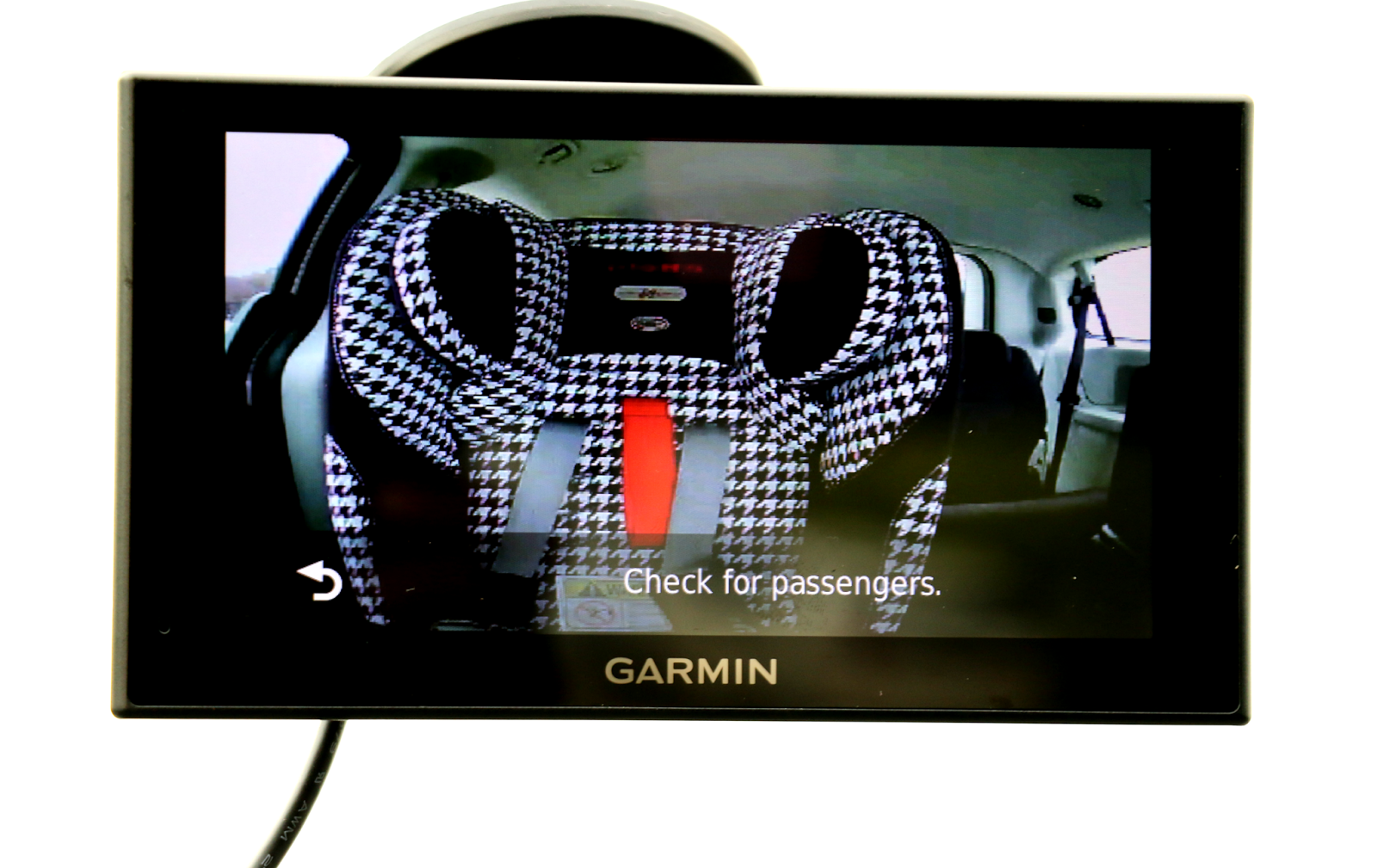 Our kids are our priorities and we want to keep them healthy and safe and while we want them to be in the best car seat possible, from the time we take them home from the hospital, we also want to transport them safely wherever we’re driving to. The Garmin babyCam makes that possible. Not only is your GPS navigation right there in front of you, and trust me, I’ve never gotten lost every with my Garmin, but now I can see what’s going on in the back seat. Just a take a look below at the video at what you can expect.

I am so in love with the Garmin babyCam and I’m happy that they decided to add it to their system. It now takes the stress out of me driving on the road. Whether you’re going on a road trip or just driving to the supermarket, Garmin takes the stress out of driving and will help you get there safer. Driver safer with your little one with the Garmin babyCam today!

Here are the ways you can connect with Garmin:

Let’s discuss: What do you think of the new Garmin babyCam?