Morocco is a sovereign state in the North African region known for its manufacturing of goods, mining, and agriculture. Thus, it is not surprising that these sectors are some of the most significant contributors to the African economy. 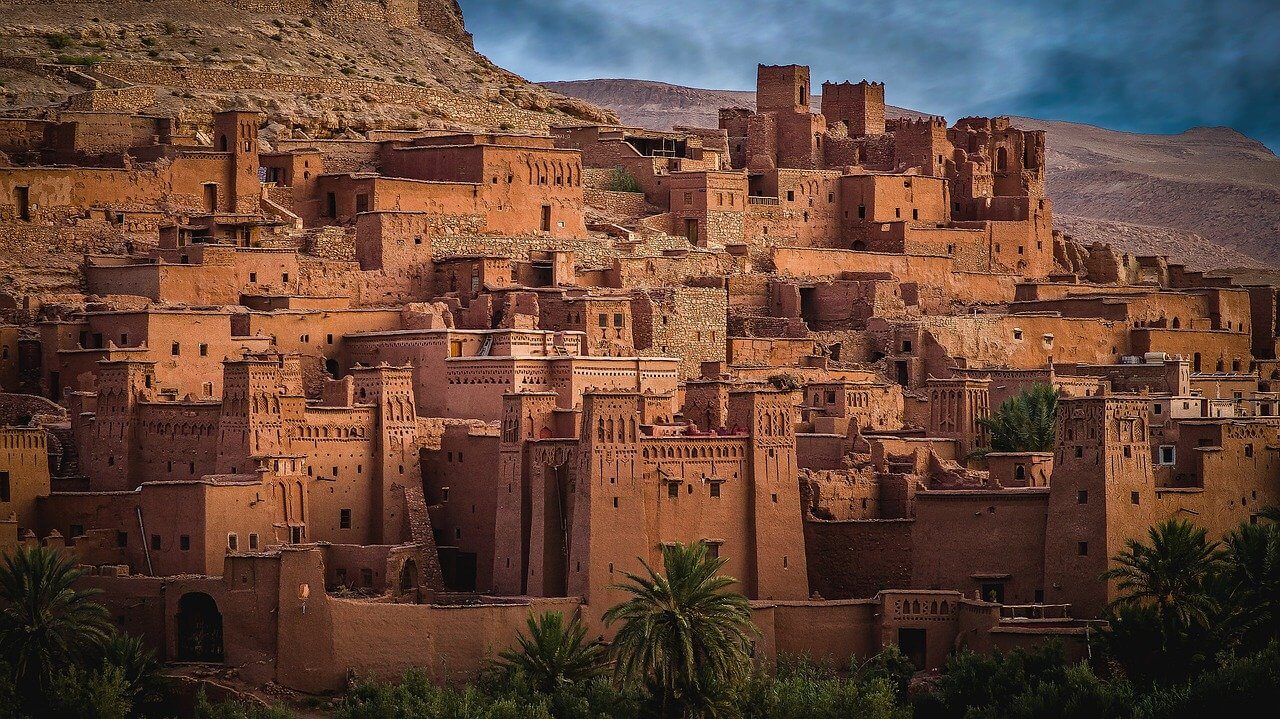 But aside from these, the Moroccan travel industry is seeing a steady rise, as well. The country features four imperial cities that boast breathtaking grandeur, stunning palaces, vibrant and colorful medinas, and pristine beaches.

If you would like to visit Morocco someday, here are ten highly recommended places you should add to your travel bucket list: 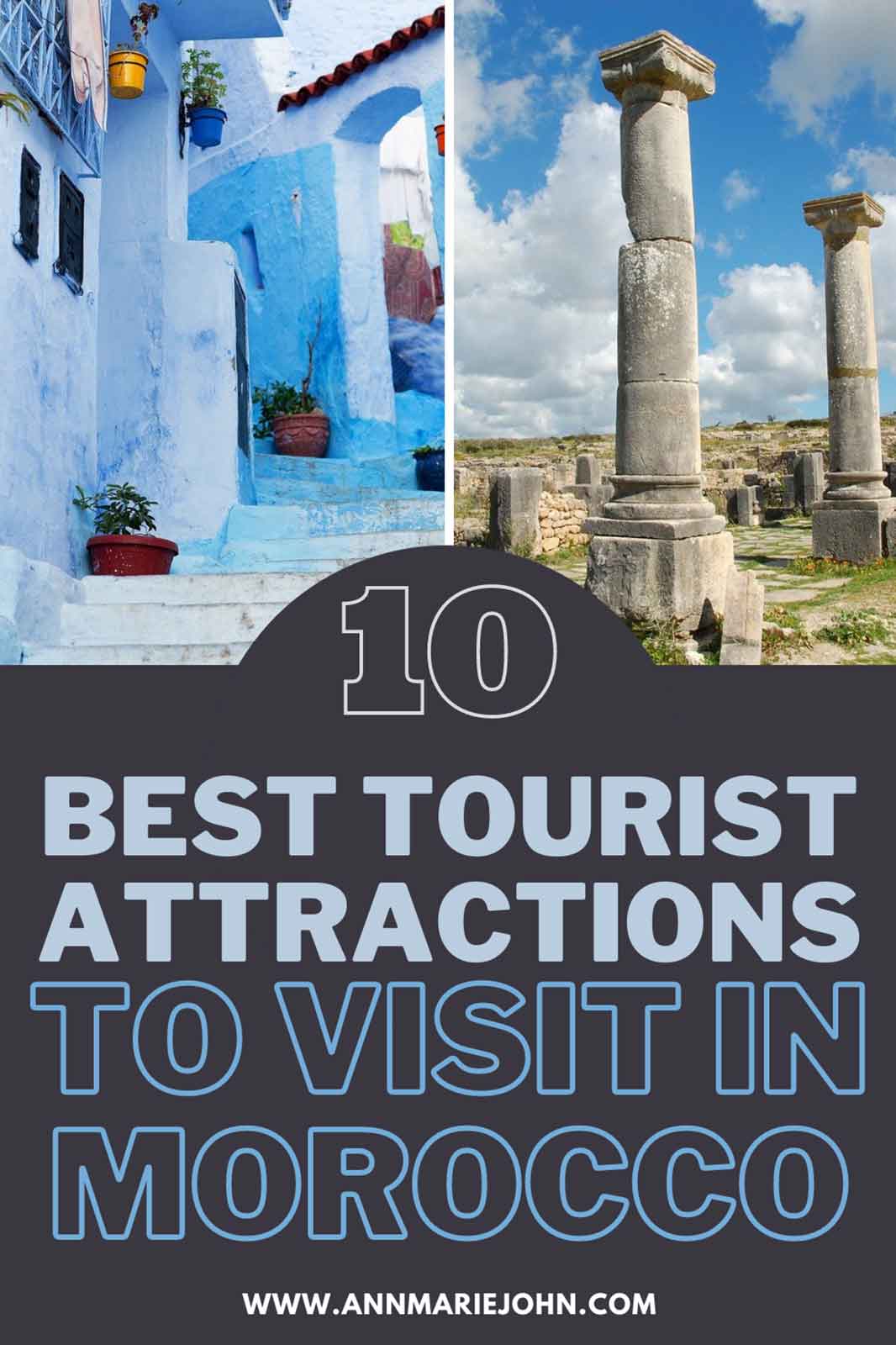 Known to be a significant attraction in Morocco, this old city’s vibrant buzz sums up Morocco for most visitors.

You can enter Marrakesh from the plaza of Djemaa el-Fna Square. This is where most of the city converge during the day. And on evenings, this is where one can hang out with local street vendors, snake charmers, musicians, and even acrobats.

After entering the Medina itself, you’d also come across maze-like alleyways.

Overall, the experience of going to Marrakesh Medina is filled with colorful and vibrant local life. It is one that you shouldn’t miss on your Moroccan sightseeing trips.

Meknes is known to be one of four of Morocco’s Imperial cities. It was Sultan Moulay Ismail who turned this impressive city into a Spanish-Moorish style, filled with great gates and high walls.

This imperial city is also filled with historical monuments and natural sites and near the Roman ruins of Volubilis.

Known to be a breathtaking mountain city in northeastern Morocco, Chefchaouen is set against the Rif Mountain’s beautiful backdrop.

It’s also filled with quaint white-washed homes, along with powder-blue accents. You can wander all day in the medina alleyways and marvel at all the stunning architecture found in the area. It’s a peaceful and quaint town that allows you to recharge and escape the city’s hustle and bustle.

It’s also a great shopping destination that sells unique and interesting handicrafts. These are often available anywhere else in Morocco, like woven blankets and wool garments. Goat cheese, which is also native to the area, is also a hit with tourists.

Finally, it’s also known to be Morocco’s best hiking and tourist destination. It is a great starting point if you want to go on one of those Rif Mountains walks. 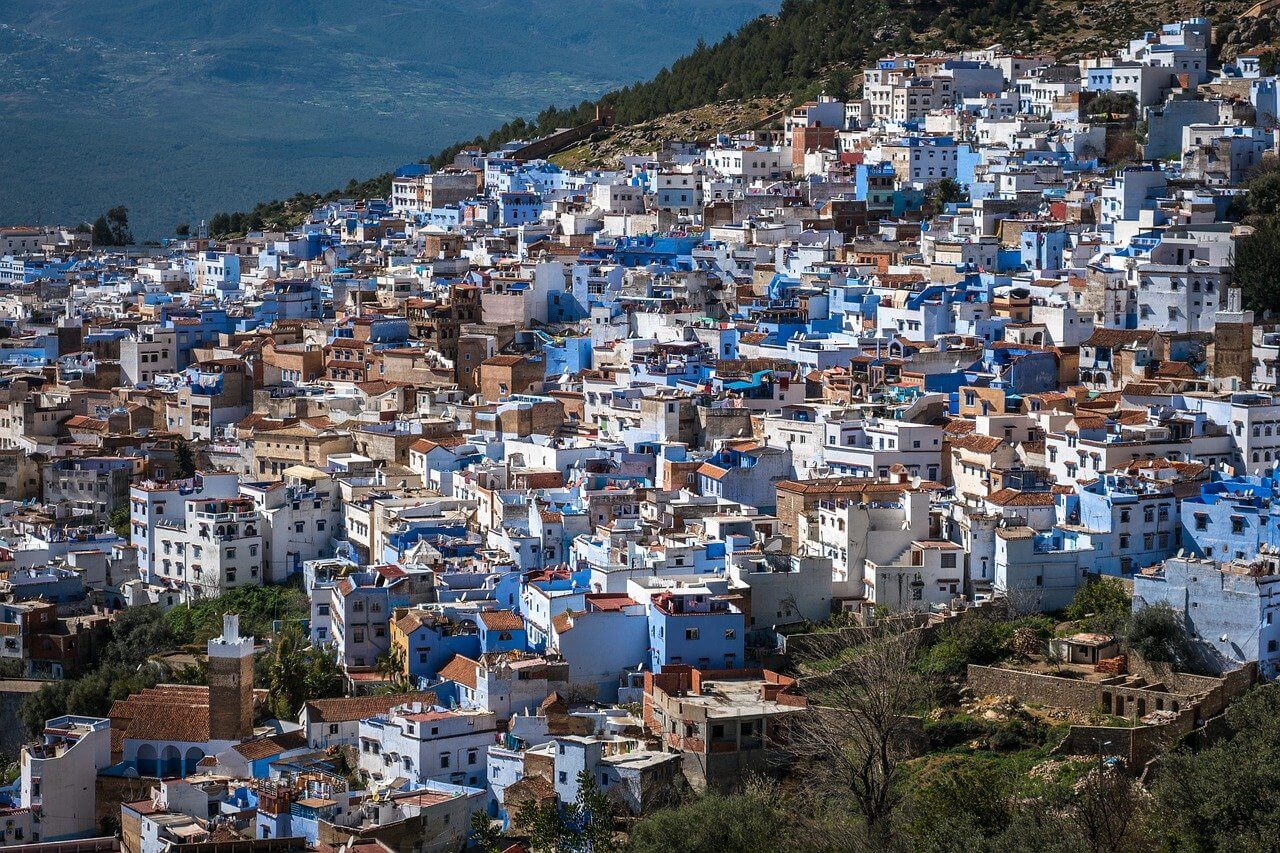 Although this is not technically Marrakesh’s oldest palace, it is undoubtedly one of the city’s most compelling sights.

Built-in the 1860s Grand Vizier Si Moussa, the structure was expanded and embellished later on by his son, Abu ‘Bou’ Ahmed, between 1894 to 1900. Upon the death of Bou Ahmed in 1900, in 1908, it attracted the warlord Pasha Glaoui, who thought it was a great venue to entertain French guests.

As of the present, despite the palace’s vast area, only a portion of this eight-hectare property and 150 rooms remain open to the public. This impressive structure has also served as a venue for the city’s important events.

Known to be one of Morocco’s best tourist attractions, Blue Door Cuisine offers guests something that will give them a remarkable Moroccan trip.

Blue Door Cuisine offers a wide variety of cooking classes. They provide participants with all the knowledge and skills they need to impress their family and friends back home.

Participants can choose something easy, like preparing the iconic mint tea and taking more advanced classes later on. You can also learn how to master how to roll bake Moroccan bread, create authentic Moroccan tagine, etc.

Some of these classes would involve the students going on a guided trip at the local market and being treated to a traditional couscous dinner afterward.

Volubilis is a vital Roman town located on the northwest border of the Roman conquests in present-day Morocco. It also used to be the administrative center of the province Mauretania Tingitana.

The province’s fertile lands also produce vital commodities like grain and olive oil exported to Rome. This contributes to the province’s wealth back then.

Although the Romans left Morocco by the end of the 3rd century AD, people still lived in Volubilis for many centuries.

Today, those toppled structures and crumbling ruins still stand there, serving as a reminder to the rest of the world. You can enjoy the ruins’ panoramic views reflecting all the glory that was lost in this place. 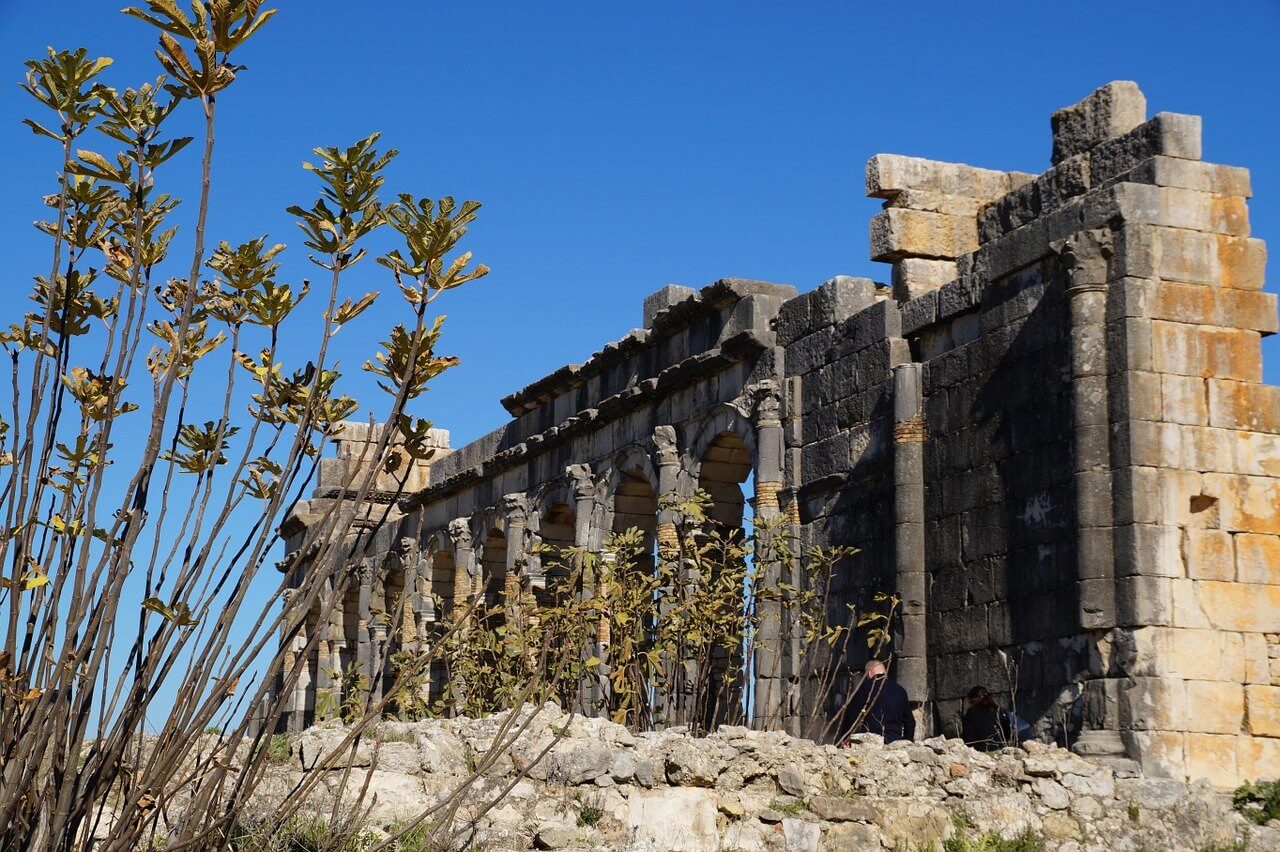 This area is found in Morocco’s westernmost region. Essaouira is famous for its breathtaking beaches and exciting water activities like wind and kite surfing.

Visiting this place, you’d also get a chance to ride a camel by the beach. You can also explore the Medina more or barter at their traditional market, where you can buy local souvenirs.

Located in the Saharan Desert, the place features awe-inspiring dunes that are as tall as 150 meters.

One of the most remarkable features of this destination is its orange-colored sand. One of the popular options to explore this place is camel trekking, although not the most comfortable.

Located on the North Atlantic coast of Morocco, Asilah is another popular destination that locals and tourists can visit during the summer.

The city walls are filled with breathtaking, colorful murals, making it one of the places in Morocco that you should visit. It’s also one of the romantic places to go to for couples who are on their honeymoon.

Fes-al-Bali, the bigger of Fes’ two medinas, is an almost intact medieval city.

High walls and several city gates surround the whole Medina itself. There are several shops and restaurants here that boasts relaxing rooftop terraces.

This is often a great escape in the city’s bustling streets. The views here are especially spectacular during sunset and in the evenings. 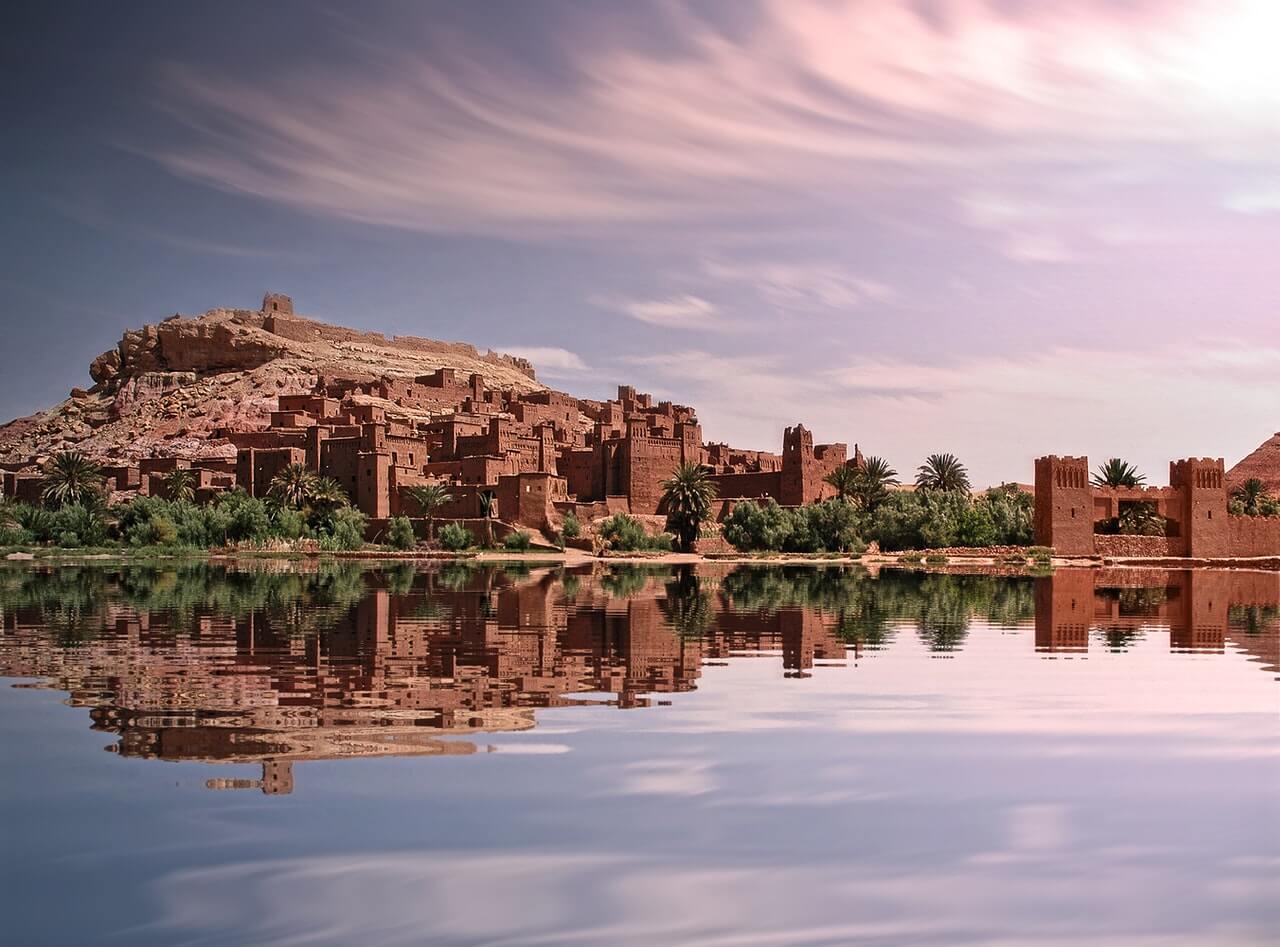 Morocco is a country that is blessed with breathtaking beaches, lush oases, stunning architecture, and vibrant culture. Therefore, there is no denying that Morocco is a unique travel destination that should be on your bucket list.