We recently returned from a 7-day Western Caribbean cruise aboard the Norwegian Getaway and it was incredible. One of the islands that we visited was Roatán, Honduras, and generally when our ship docked, we had approximately 8 hours to become a tourist.

Today I want to share with you a few stuff you can do within those 8 hours while on a Norwegian Cruise. A few of the items that are listed can be done as soon as you disembark from the ship, allowing you the option to add several more to your itinerary. 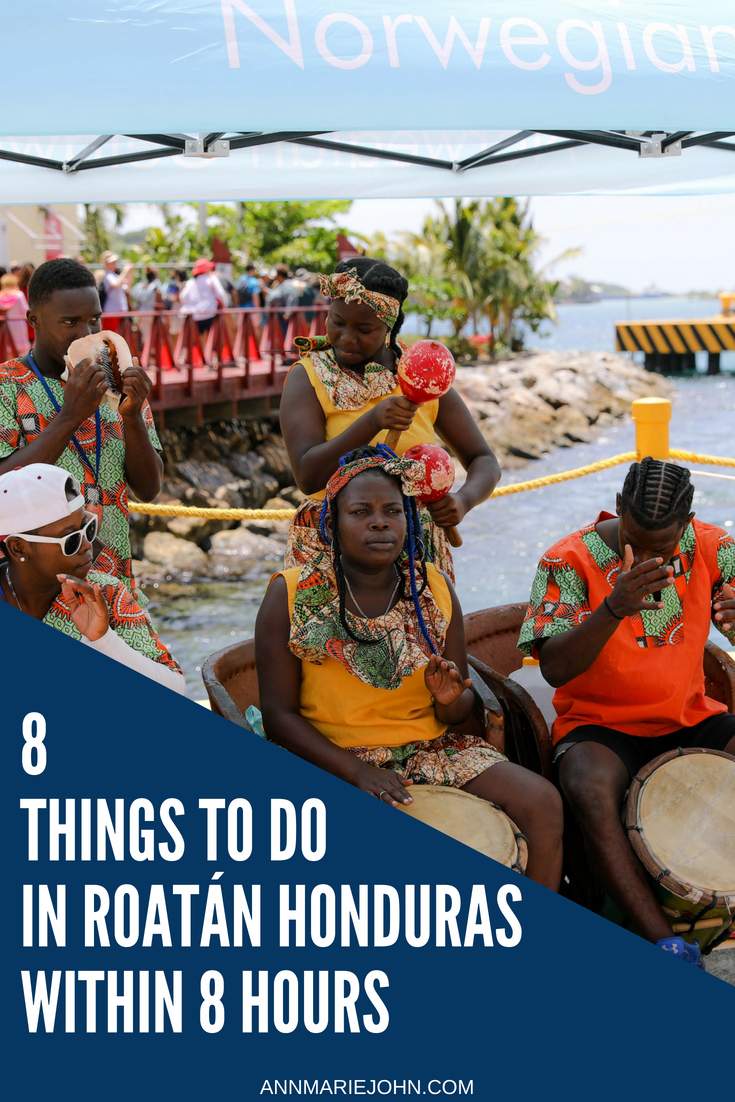 Once you leave the comfort of your cabin and disembark into Port Roatán, Honduras this is actually one of the very first things that you can do. There is the option to go ziplining from one side of the port to the other, so you’re suspended above the water, and this can be seen from the deck of the ship. There are other ziplining stations around the island with another a stone’s throw away that suspends you over land. Even with the lines, this may ordinarily take you less than an hour. You’ll have to sign a waiver for children under 18.

This is another event that can be completed as soon as you disembark, and one that all four kids participated in. You’ll need to once again sign a waiver, of course, and everyone will be given a life jacket and given a safety briefing before beginning their kayaking journey. Madison age 6, shown in the photo with her sister Krxssy, kayaked for the very first time and had a blast. You can organize a ½ hour or an hour kayak experience, whichever floats your boat.

You can book your island tour excursion through your cruise line or on land. The native language of Honduras is Spanish, however, the tour guides all have an excellent handle on the English language and are quite willing to show you around and give you a little history on the island. Our guide took us to the highest point in Roatán where we were able to observe our ship and score an excellent view of the island.

DRINK FROM A COCONUT

OK, you can’t go to the Caribbean and not drink from a coconut. Growing up on an island myself, it was the only way to drink a coconut, as I grew up surrounded by coconut trees. There was no such thing as coconut in a bottle or container; it was straight from the nut. Prices vary by location and you can obtain either a virgin coconut or take it up a notch by adding some alcohol. No matter which way you decide to drink it, drink up!

While on your tour of the island, you may ask your tour guide to make a pit stop to the island’s chocolate factory, if it’s not already included (ours was). There you’ll attain a first-hand tour of how chocolate is made. There are even samplings of each chocolate, from white to dark, and even flavored (all organic), after which you’ll have the option to purchase. Madison walked away with a bar of milk chocolate, which she devoured.

DRINK FROM A PINEAPPLE

OK, so you drank from a coconut, but how about a pineapple? Just as with the coconut, there are two versions of the pineapple drink, a virgin, and an alcoholic option. Once again, the choice is all up to you, however, they’re all delicious!

Did you know that the Iguana is a delicacy in Honduras? When in Rome, do as the Romans do, and when in Honduras give their food a try. I decided on the Iguana meal and I must admit that it was absolutely tasty. Who knew? Does it taste like chicken? Not really. While it was prepared rather flavorful, the meat itself is a little chewy but still rather enjoyable.

DIP YOUR TOES (OR BODY) INTO THE CARIBBEAN OCEAN

You CANNOT visit the Caribbean and not dip your toes or entire body into the Caribbean Sea. While you may not have enough time for a swim, it doesn’t hurt to dip your toes into the water. The waters are extremely clear, clear enough to see your toes, and during the summertime, it’s exceptionally warm. Or you can “do the Madison” and play in the sand while collecting seashells from the seashore.

No matter what you decide on partaking in while on the island, remember to have fun. The people are friendly, the food is scrumptious and the sites are spectacular. And don’t forget to pick up a souvenir or two to remind you of your trip to beautiful Honduras, and take loads of photos!

Stay tuned for Part Two of 8 things to do while in Belize!