This shop has been compensated by Collective Bias® inc and it’s advertisers. All opinions are mine alone. #Thankful4Savings #CollectiveBias #shop

You might have remembered a few weeks ago I mentioned that my brother Mikael who’s autistic will be celebrating a birthday very soon. His birthday is less than a week away and I think I’m more excited than he is. Mikael is a beautiful soul if you get to know him but he’s been having a tough time of it at school and also on the school bus. Since he is “different” from most kids with a speech disability, it can be very difficult to understand him sometimes and he has been teased and made fun of because of it. While it bothers him at times he still has quite a few friends that he truly cares about. There are even some that come by to the house to get him to ride their bike with and mommy truly appreciate those that take the time out to play with him. Mikael currently attends self defense classes twice a week as a way to keep him busy and occupied and we also want him to be able to take care of himself. One of the things that Mikael has been asking for, for quite some time now is a cell phone but mommy was always worried that he wasn’t old enough, wasn’t responsible enough and that the price was going to be too expensive to justify him having one. With a birthday coming up Mommy thought that this would be the best time to get him a phone. After asking around mommy heard that there a company that offered the lowest price unlimited plans available. One that offered unlimited talk, tex and data/web. Mommy currently has a family plan with another provider and granted to say that it is not cheap at all and mommy did not want to extend for another two years. 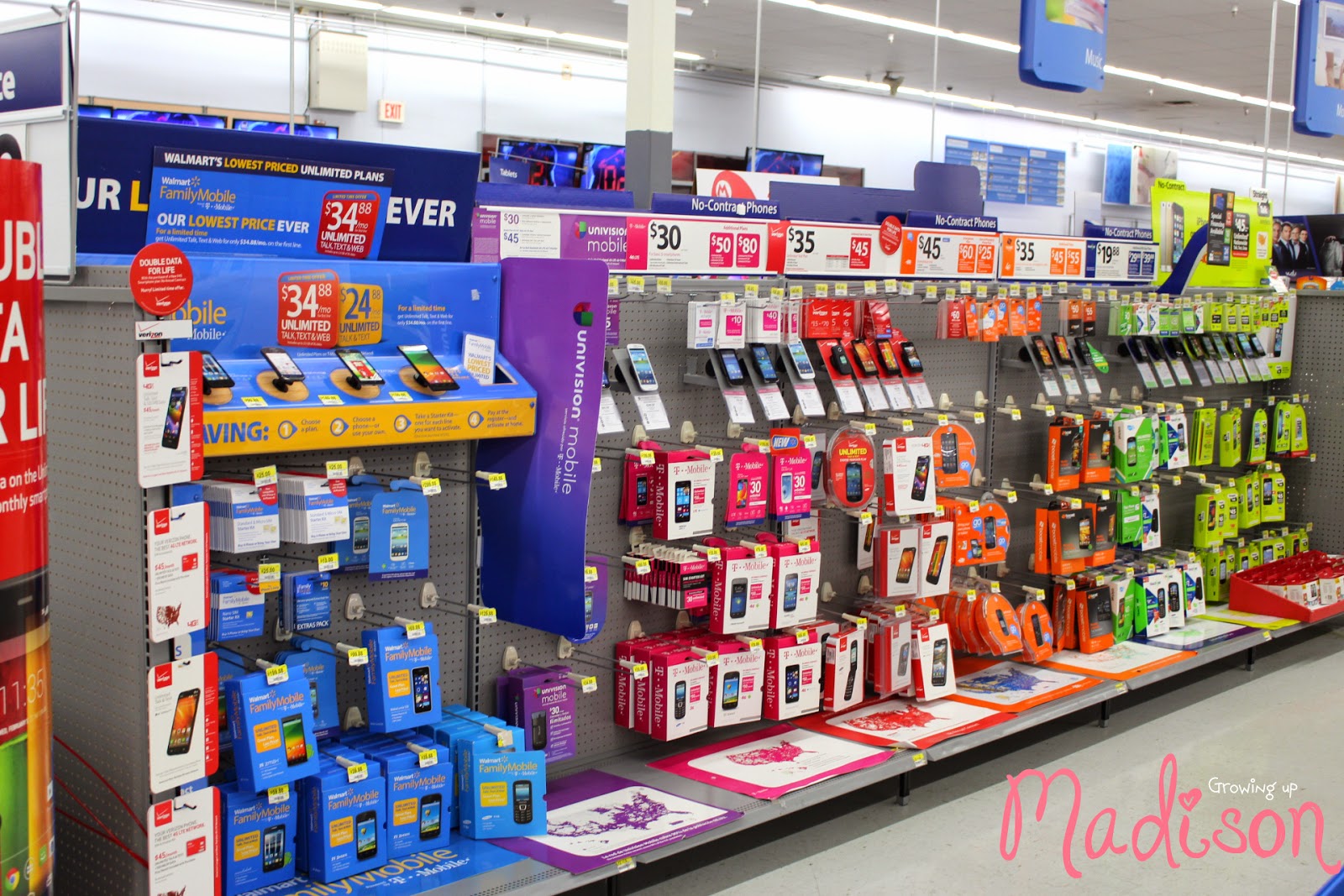 Yes Walmart has the best plans, so a trip to Walmart was what we needed to do and that’s what we did. Finding the cellphone section was super easy since it’s located in the electronic department. I think the hardest thing to do was actually choosing the cell phone that she wanted to give to Mikael. Mommy has been with the same cell phone provider for over 10 years and has had the same phone number for just as long. 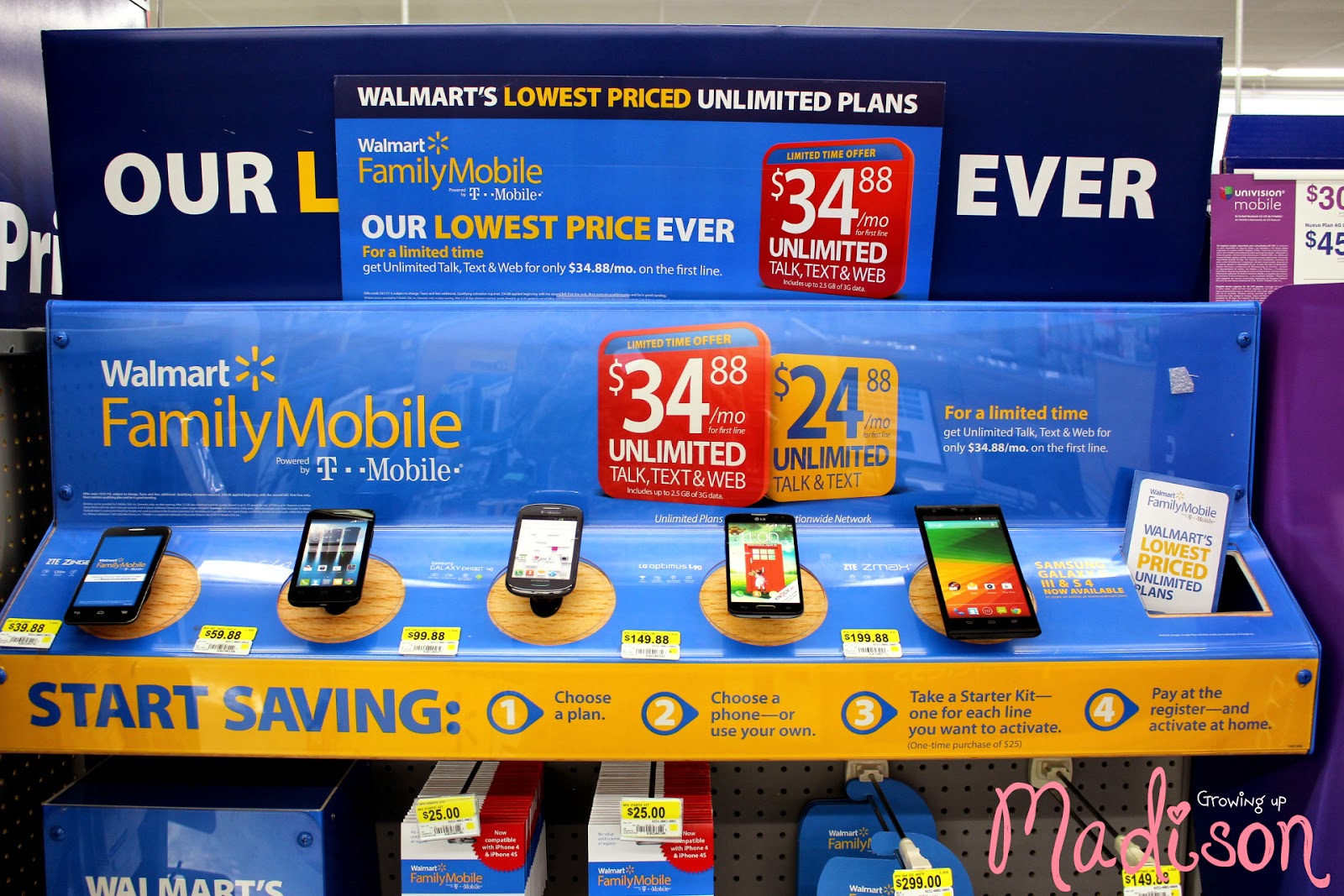 I am going to be honest with you. The first thing we saw when we went in store was a sign saying “Limited Time Offer” $34.99/month for UNLIMITED Talk, Text & Web. What?!! Are you for real? You can get unlimited everything for that low price? What’s even more surprising is the selection of phones that are available as well. All smartphones that can browse the internet and do all these things. At first mommy thought that they were going to be really cheap phones that does nothing but she was pleasantly surprised. Since Mikael is only going to be 10 years of age mommy decided that she was going to get something that she wouldn’t mind him losing if he did lose it. She ended up getting the ZTE Zinger which only costs $39.98 and has some great features. Here are just a few of them:

Now if the ZTE Zinger isn’t for you, starting November 4th Walmart is doing rollbacks on two of the Walmart Family Mobile phones: 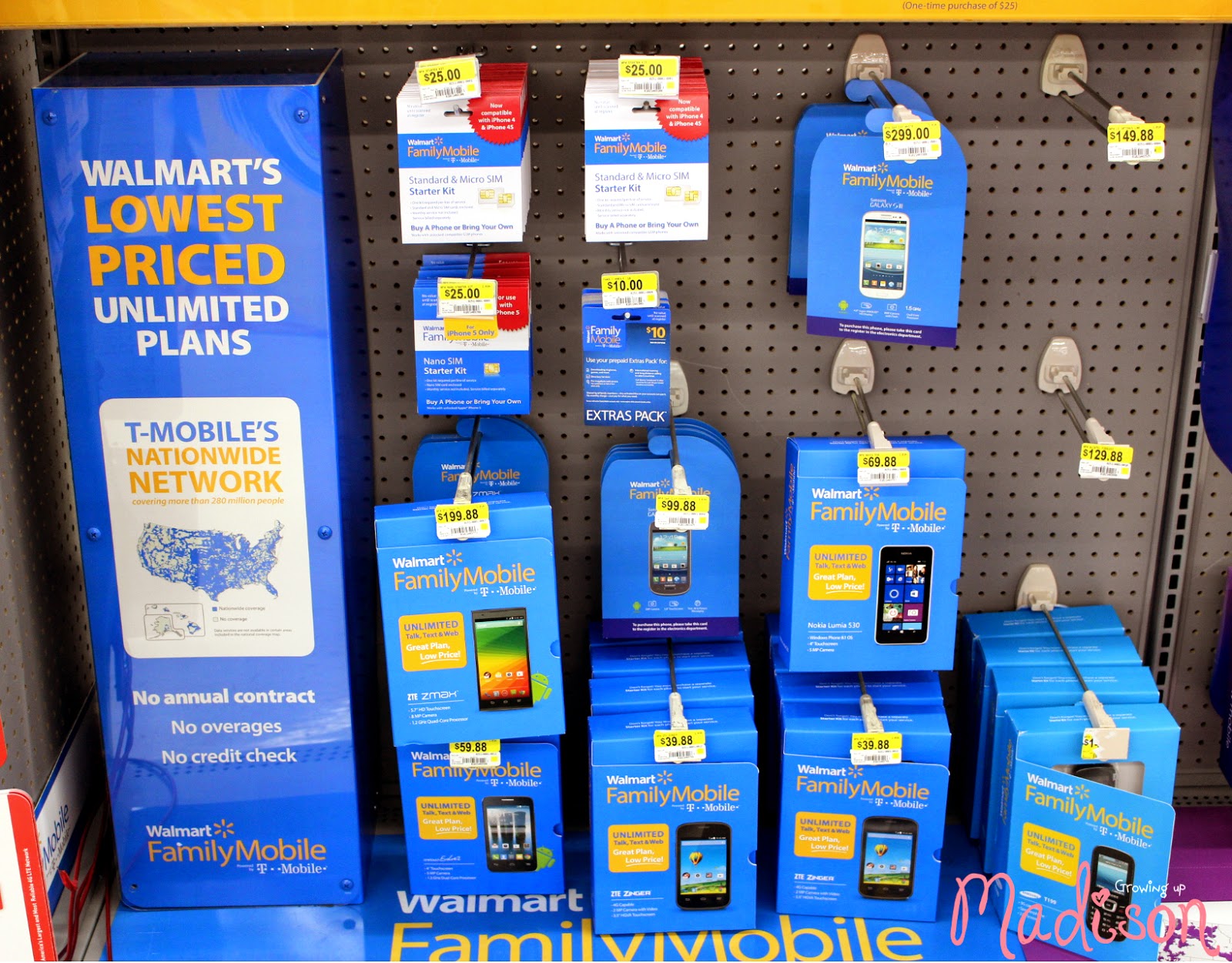 Now getting started with the service is super easy. You pick out the phone you want, buy an activation starter kit which costs $25 for a Standard and Micro SIM card depending on what you need, take it to the register and you’re almost done. Once you’ve paid for your cell phone and SIM card you can either activate it in store or you can activate online. Mommy decided to activate in store where she was given a phone number and explained how everything worked. 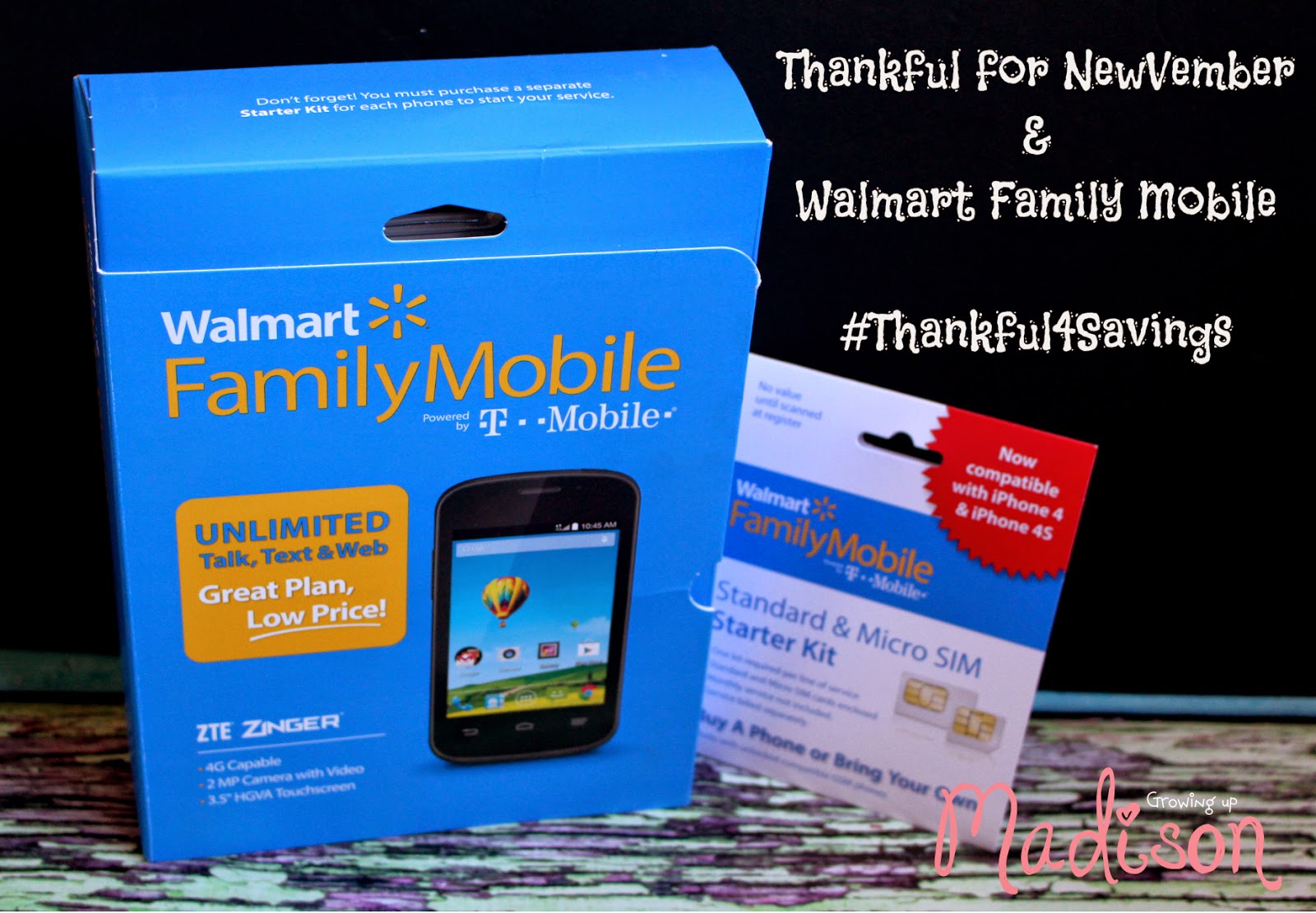 Since this is a post paid plan you will get a bill every month at the end of the month but you also don’t need to worry about being stuck in a contract so no cancellation fee worries. Mommy is surely #Thankful4Savings because without Walmart Family Mobile she was looking at paying a whole lot more with her current provider. She can’t wait to ditch them and convert the other family phones. Yes you can port your phone number. 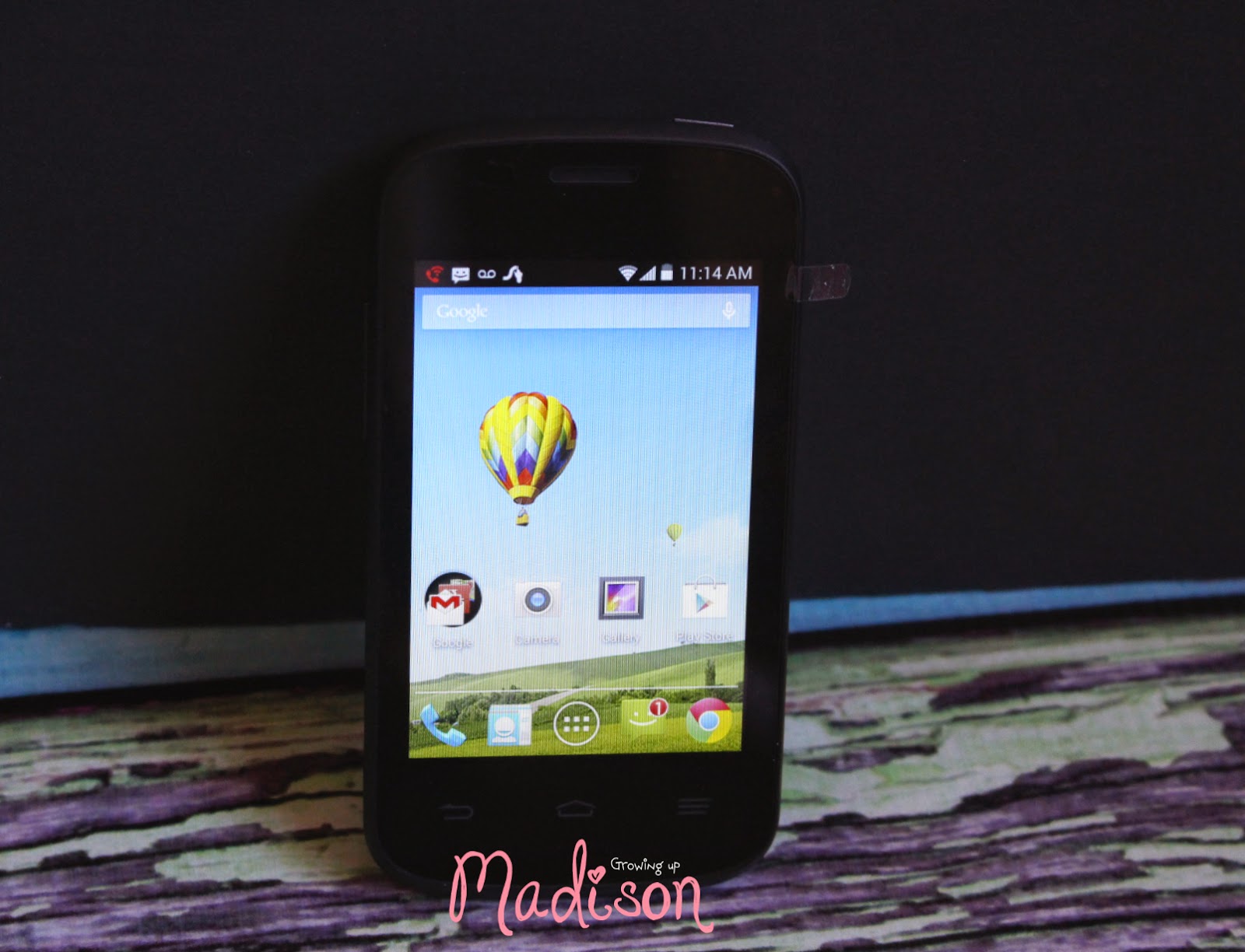 Now one thing to note is that the Walmart Family Mobile is powered by TMobile one of the nation’s largest mobile carrier. We live in an area where we have 4G coverage so we know that the service will be good. If you live in a TMobile coverage area and you’re looking for a very inexpensive cell phone and plan may we recommend the Walmart Family Mobile plan and the ZTE Zinger? 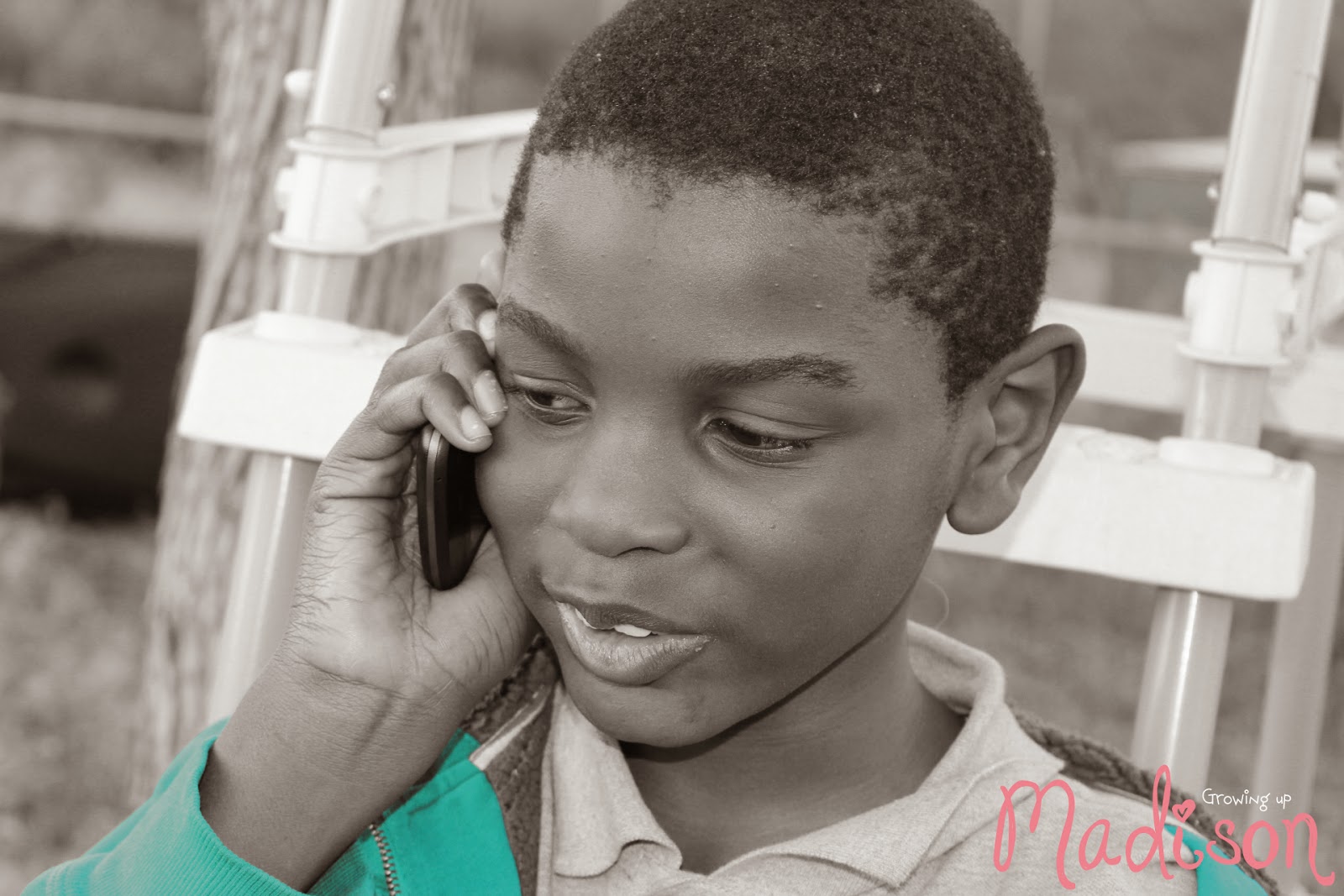 Mikael is super happy that he now has a cell phone. Mommy also feels a lot better now that he owns one as well. Now he can call if there’s a problem. Mommy can also call him when she’s running late to pick him up from self defense classes. It’s also a great way to keep in touch with his grandma during the holidays. Since we no longer live in New York City where grandma lives she can now keep in constant contact with him and vice versa.  They can share texts, pictures and chat without having to worry about receiving a huge bill. We thank you Walmart Family Mobile. We are so thankful for NewVember! New phone, New service and a New Year.

What are you thankful for?

Disclosure: This is a “sponsored post”. The company who sponsored this post did compensate me with a gift, or something else of value to write it. Regardless, I only recommend products or services I personally believe will be good for my readers. I am disclosing this in accordance with the Federal Trade Commission’s 16 CFR, Part 255: “Guides Concerning the Use of Endorsements and Testimonials in Advertising.”