This shop has been compensated by Collective Bias, Inc.  its advertiser. All opinions are mine alone. #MyCatMyMuse #CollectiveBias

Growing up I have always had a pet, whether it was a dog or a cat there was always an animal in my household. When I had my own kids and lived in Brooklyn, NY we adopted a Persian whose name was Snowflake. She was the snootiest cat that I’ve ever had and I’m not joking. She was very attached to my oldest daughter and refused to sleep anywhere else but on her bed. She also had to sleep on her pillow whether my daughter liked it or not. When Snowflake passed away a few years ago shortly after Madison my youngest was born we decided that we were going to get another cat. We checked out the pet store and online and happened to find our Kitty – a Himalayan. Now Kitty grew up with Madison and been her partner in crime, or her muse as we like to call her, from the time Madison could crawl around. Now if we thought that Snowflake was snooty, then I have to tell you that Kitty has gotten her beat. She absolutely HATES wet food. I’m not joking. I have tried numerous wet food brands with no results. She sniffs it and walks away as if to say “are you really going to feed me this?”. It’s been a struggle trying to find her something that she loves. My friend’s cat on the other hand would eat anything and knowing my struggle with Kitty she called me recently while on a trip at PetSmart saying “hey have you seen or tried Purina’s new wet food Purina Muse®? I think Kitty might like it because it’s natural and actually smells pretty good.” 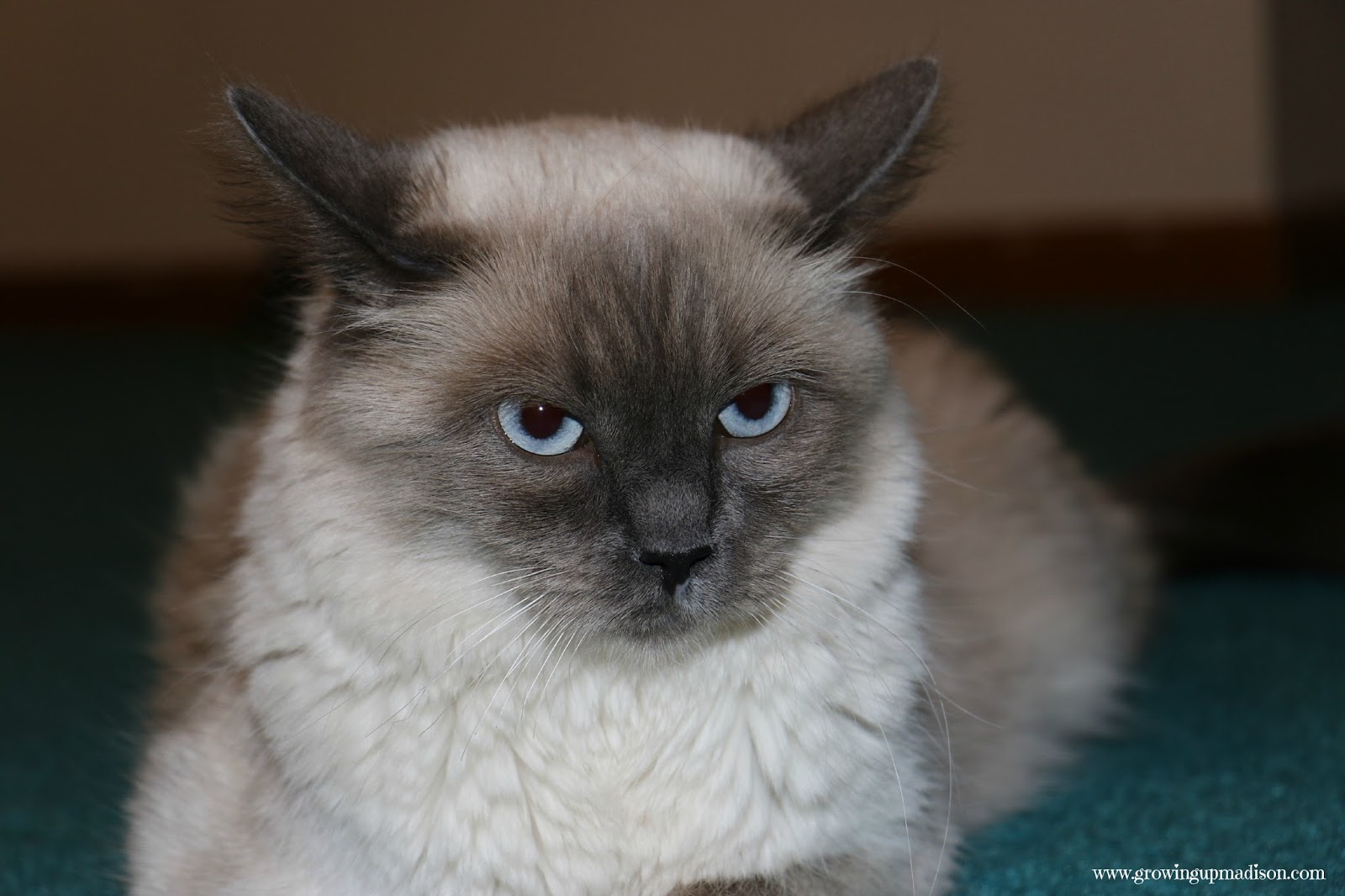 So obviously I asked, how natural?After all I want nothing but the best for my Kitty. She’s part of my family and she’s treated just like the rest of the family. She relaxes on the beds and loves going for car rides. So she said “well all their recipes are made with real fish or poultry. There are no artificial flavors or preservatives and there are lots of different varieties.” So naturally my curiosity was aroused. After all maybe this might be just what I was looking for so I called my local PetSmart to find out if it was in stock and was told, “Yes we currently have about 20 of the 30 recipes in stock” and I said “I’ll be there shortly!”. 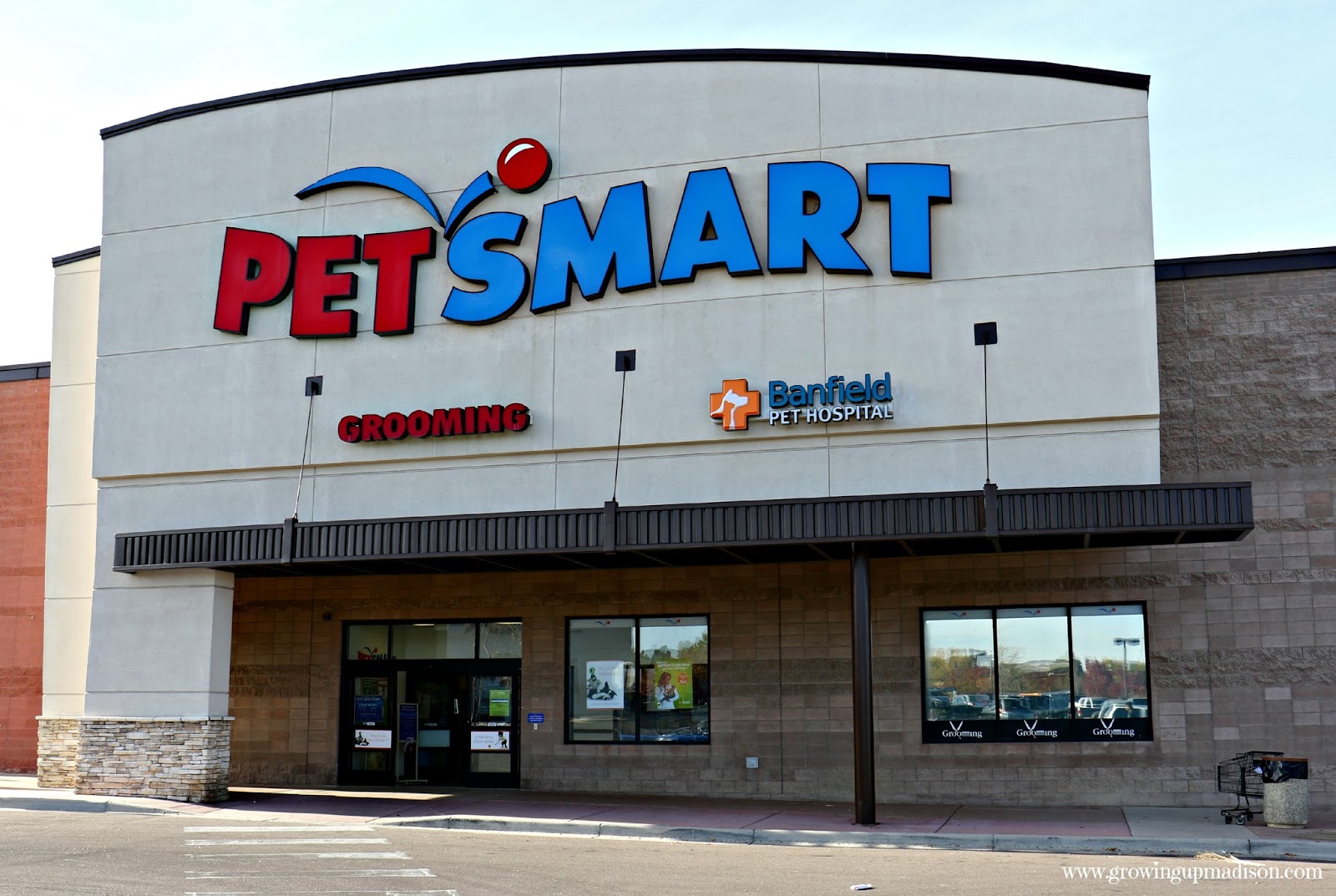 My local PetSmart is amazing and she wasn’t joking when she said that they had quite a few variety in stock. All I had to do was head to the Cat department and there they were in the pet food aisle. There were varieties such Paté, in Broth, with Toppers, in Chowder and in Gravy. I picked up a few of each because I wanted to give Kitty a choice, after all we all love choices. I figured if she didn’t like one, she would like the other. 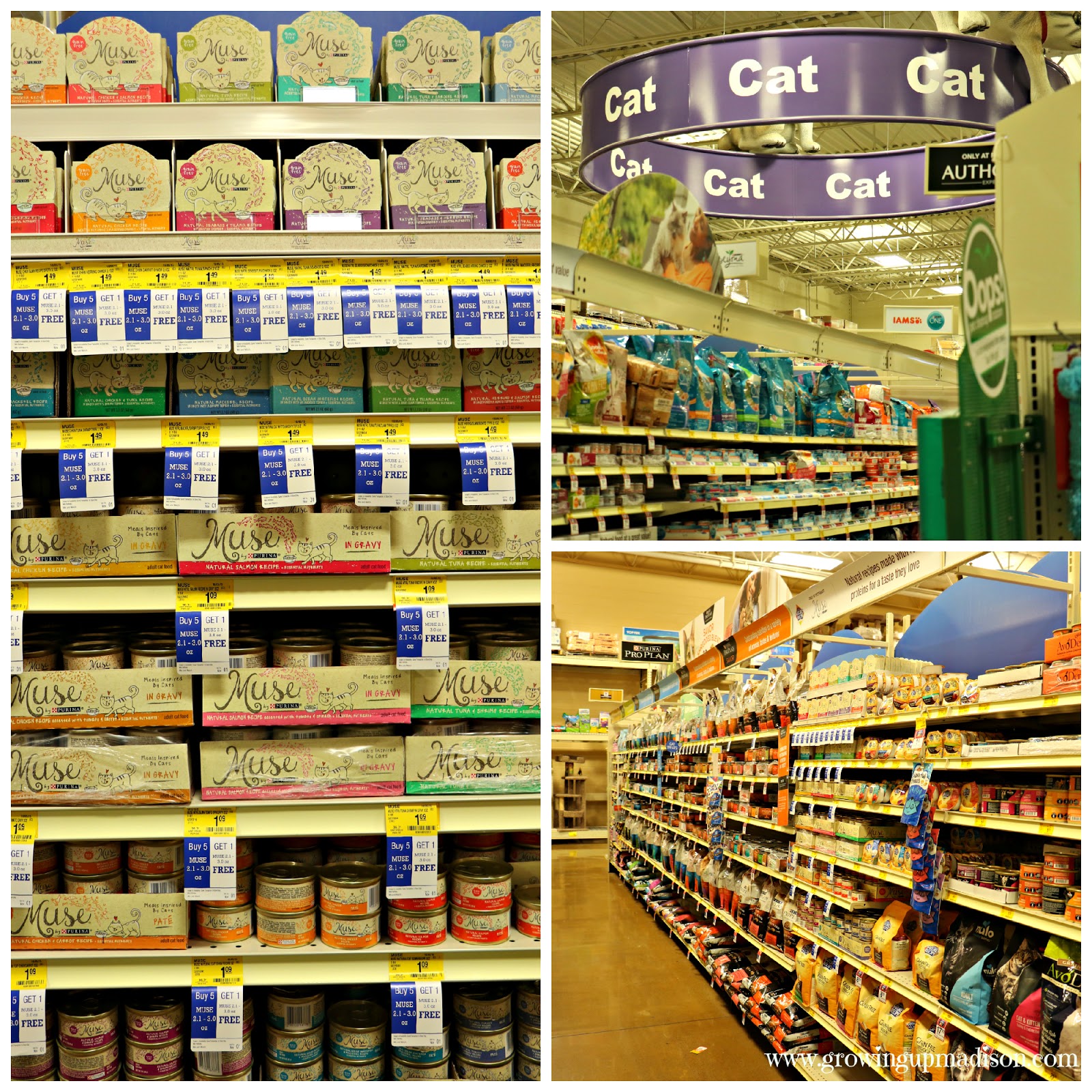 So I went home and decided to give one a try. I opened the Natural Seabass and Tilapia Recipe in Chowder. I figured she’s a cat and cats just love fish so why not start her off on a fish meal. I opened the container and according to my daughter who said “that smells like tuna” found out that this wet cat food actually did smell pretty good. If I didn’t know it was cat food I might have been tempted to eat it. It really did almost look like tuna and it sure did smell that way. 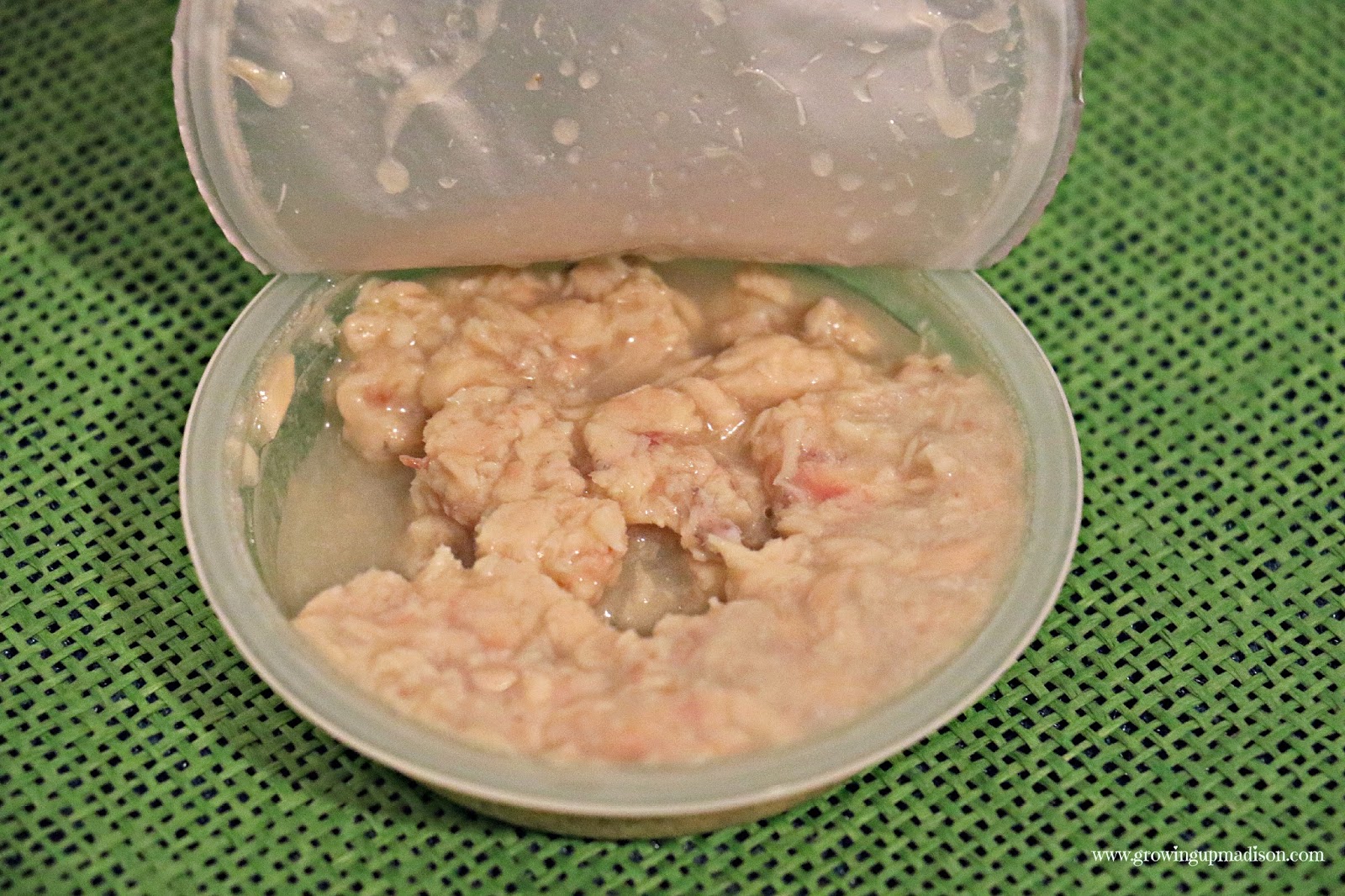 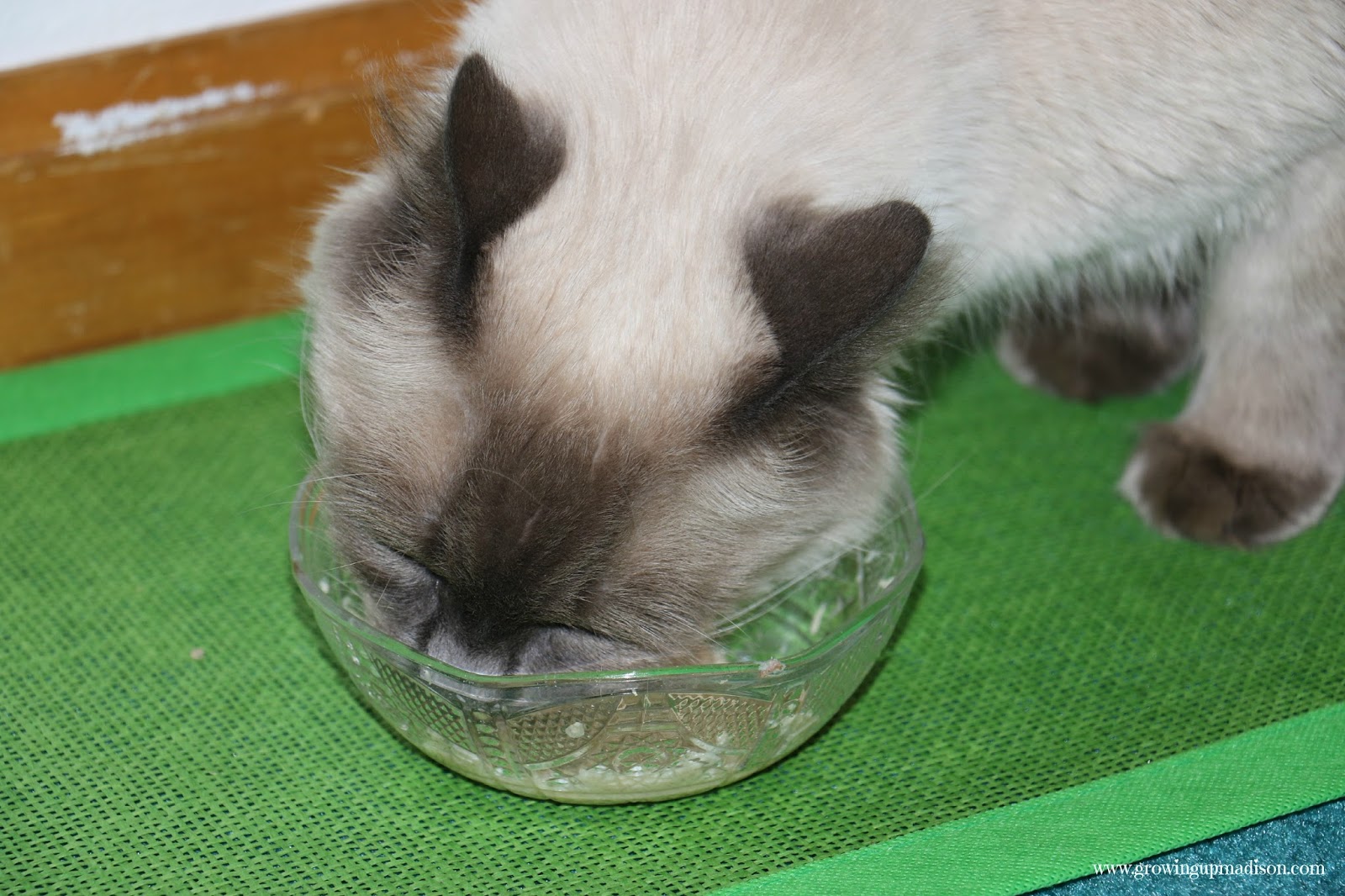 Now our very picky Kitty who I’ve been struggling with to eat wet food went right to it like she was starving. I have to admit that I was shocked. I was prepared to write a review saying how much Kitty disliked this new Purina Muse® Natural Cat Food but in all honesty I can’t. Kitty has made me out to be a liar. Now the cat that once hated wet food absolutely loves Purina Muse® and can’t get enough of it. Here’s something that you may not know. Kitty recently had her own fur babies and they’ve started eating food as well. It can be tough keeping them away from Kitty’s food since her food is an adult food such as the Purina Muse®. 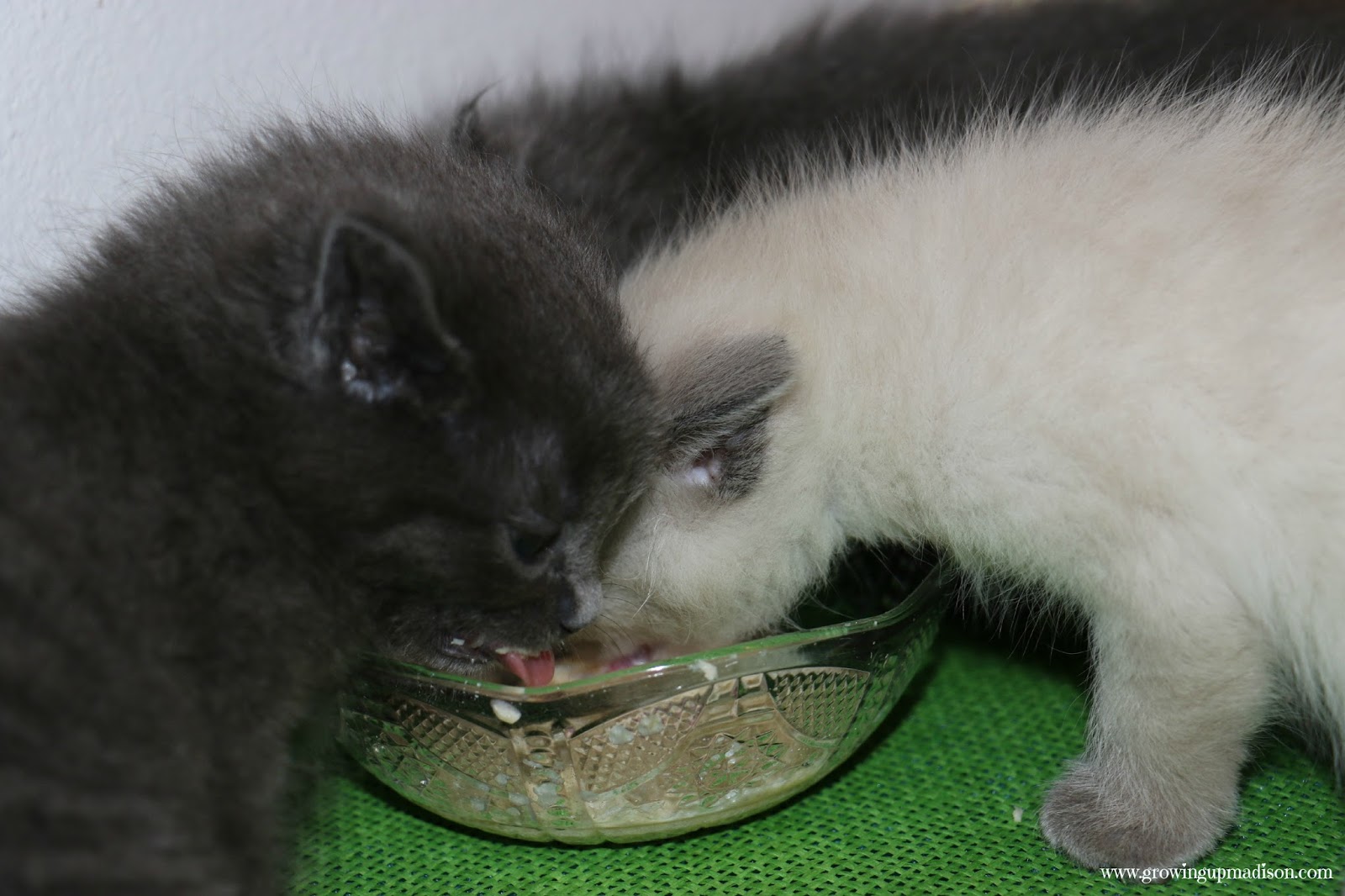 Purina Muse® is recommended for adult cats. I was a bit concerned after seeing them eating her food. She allows them to eat from her bowl so I contacted Purina. According to Purina, the kittens can eat the food but it’s not nutritionally recommended because it doesn’t have all the nutrients needed for their growing bodies. However no harm will come from them eating it since the ingredients are naturally good. Whew! Now I can feel safe leaving Kitty with her bowl and not having to worry that the kitten will take over. 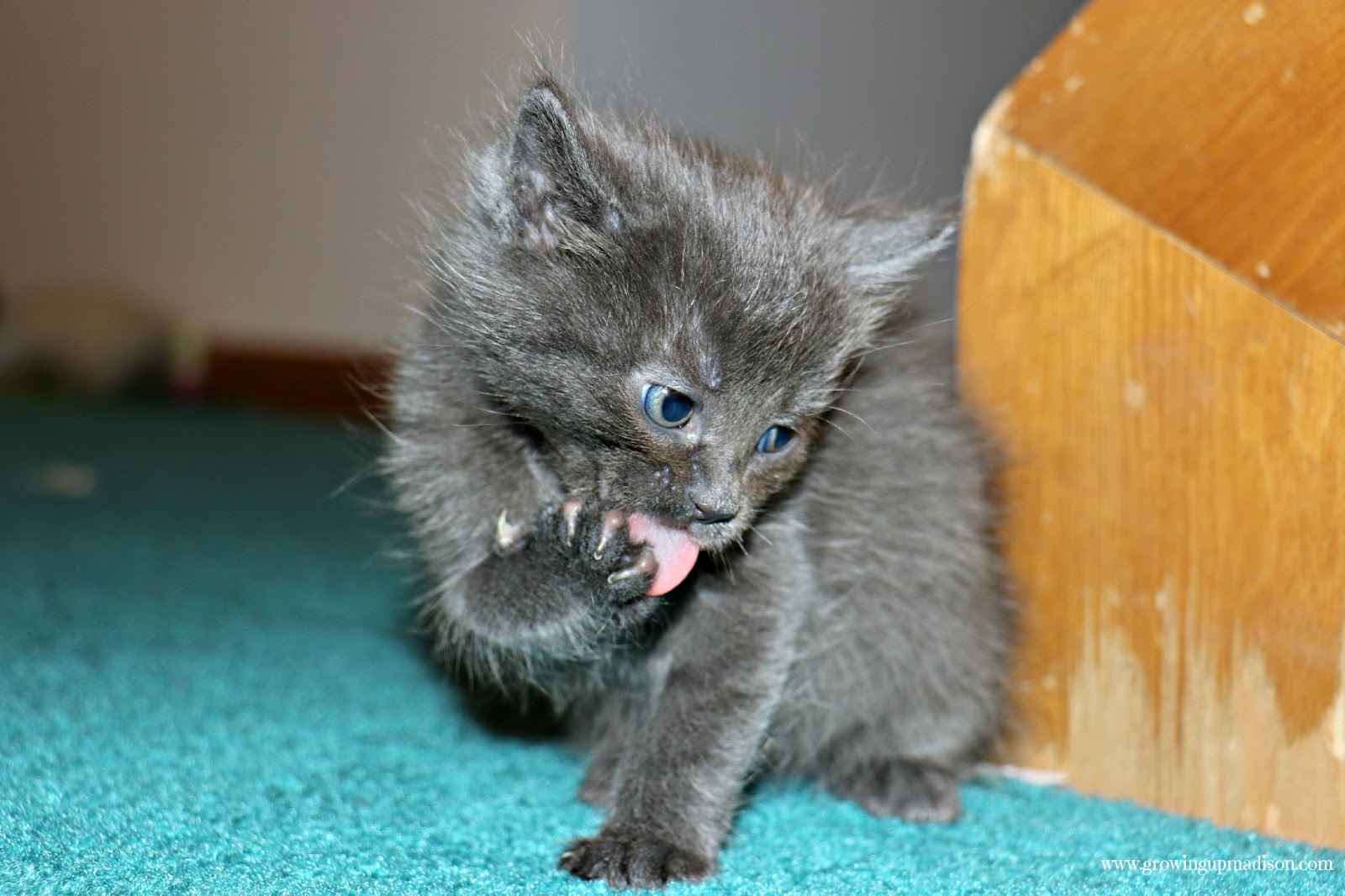 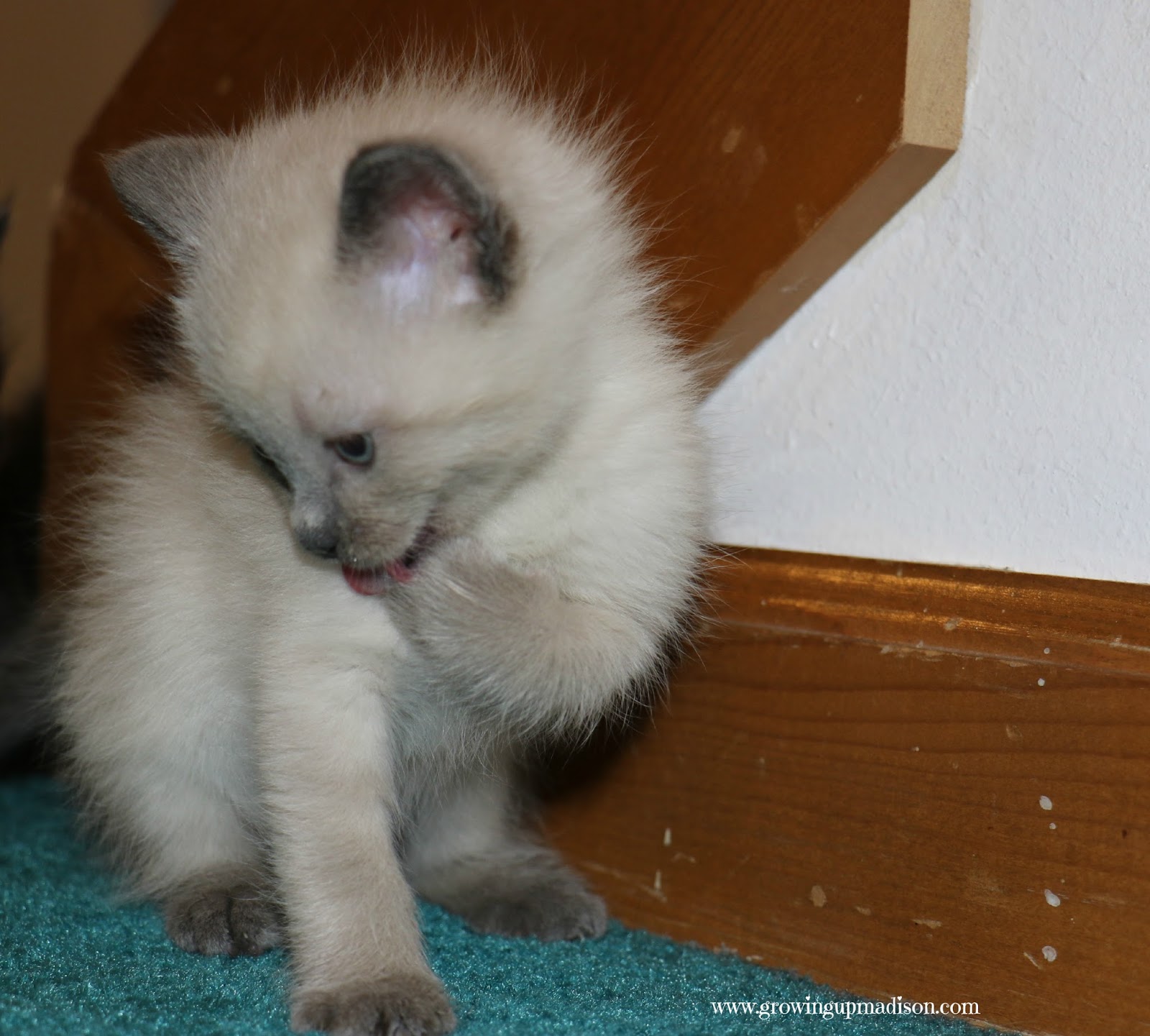 And if I thought that Kitty loved the food, well her kittens proved that it was paw licking good. They don’t lick their paws the way they did for the Purina Muse® that they ate. I couldn’t resist and had to take a few photos. 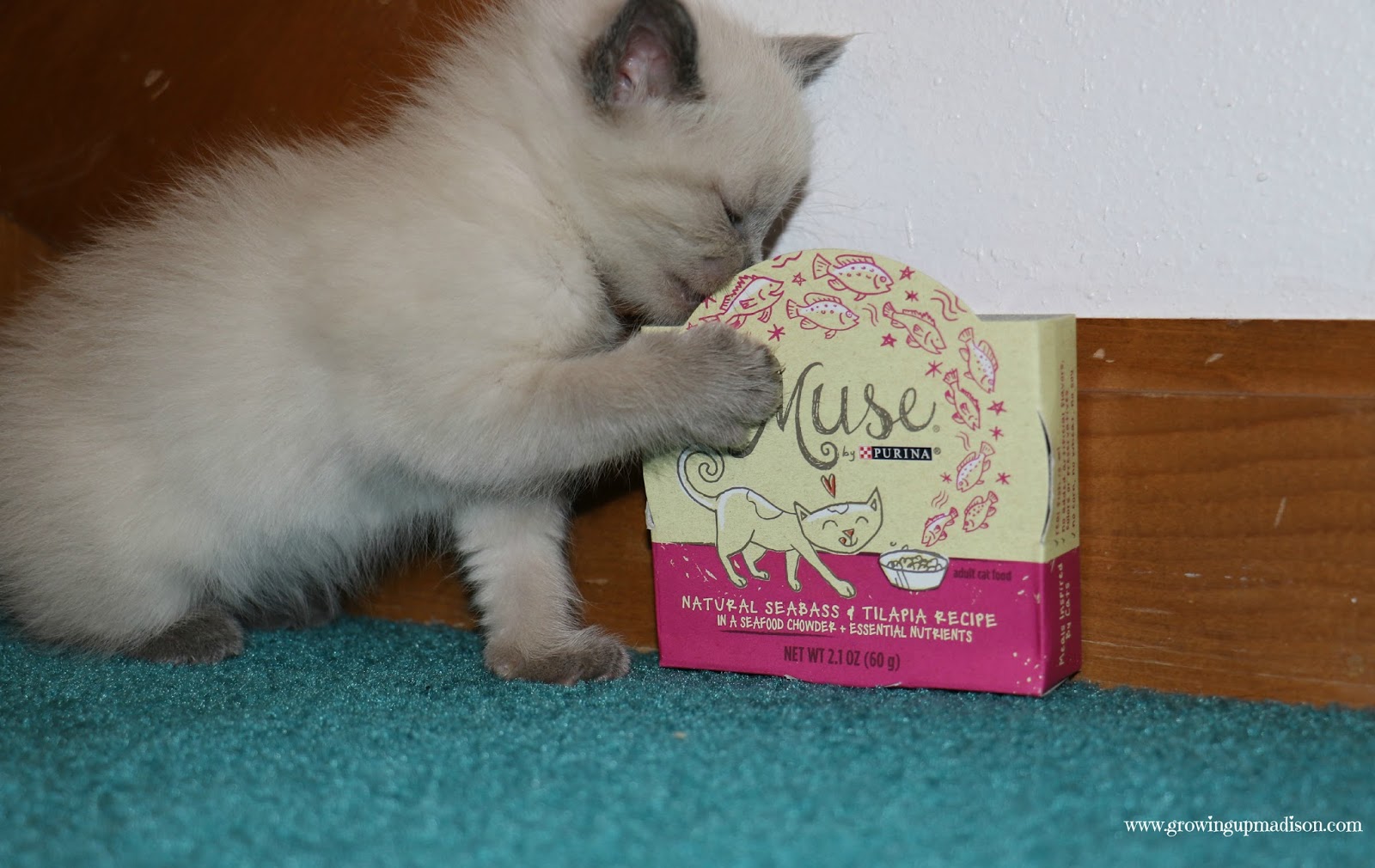 So what’s the verdict? Well I have to say that this is one of the best smelling wet food I have smelled in a very long time. I love the ingredients but most of all Kitty loved the food. This is all about her and she has given it her TWO PAWS UP. Don’t just take our word for it though. With Muse you don’t have to choose between natural nutrition and food that tastes great. Your cat can have both when you choose Muse. Natural has never been so delicious. Put Muse to the test with their clean plate guarantee. However before you run to the store be sure to print out THIS COUPON. You get 3 packages of Muse for FREE when  you buy 3. Now run, run, run to the store and get yours before they’re gone.

Let’s discuss:  When it comes to your pets how do they inspire and motivate you? Are they your muses as well?

Here are the ways you can connect with Muse by Purina:

Here are the ways you can connect with PetSmart: