Deciding that we were going to Australia for Spring Break was a decision I made while in Canada. One of the reasons being that the weather was perfect around that time of the year since they were just heading into Autumn while we are still dealing with winter weather in Spring. 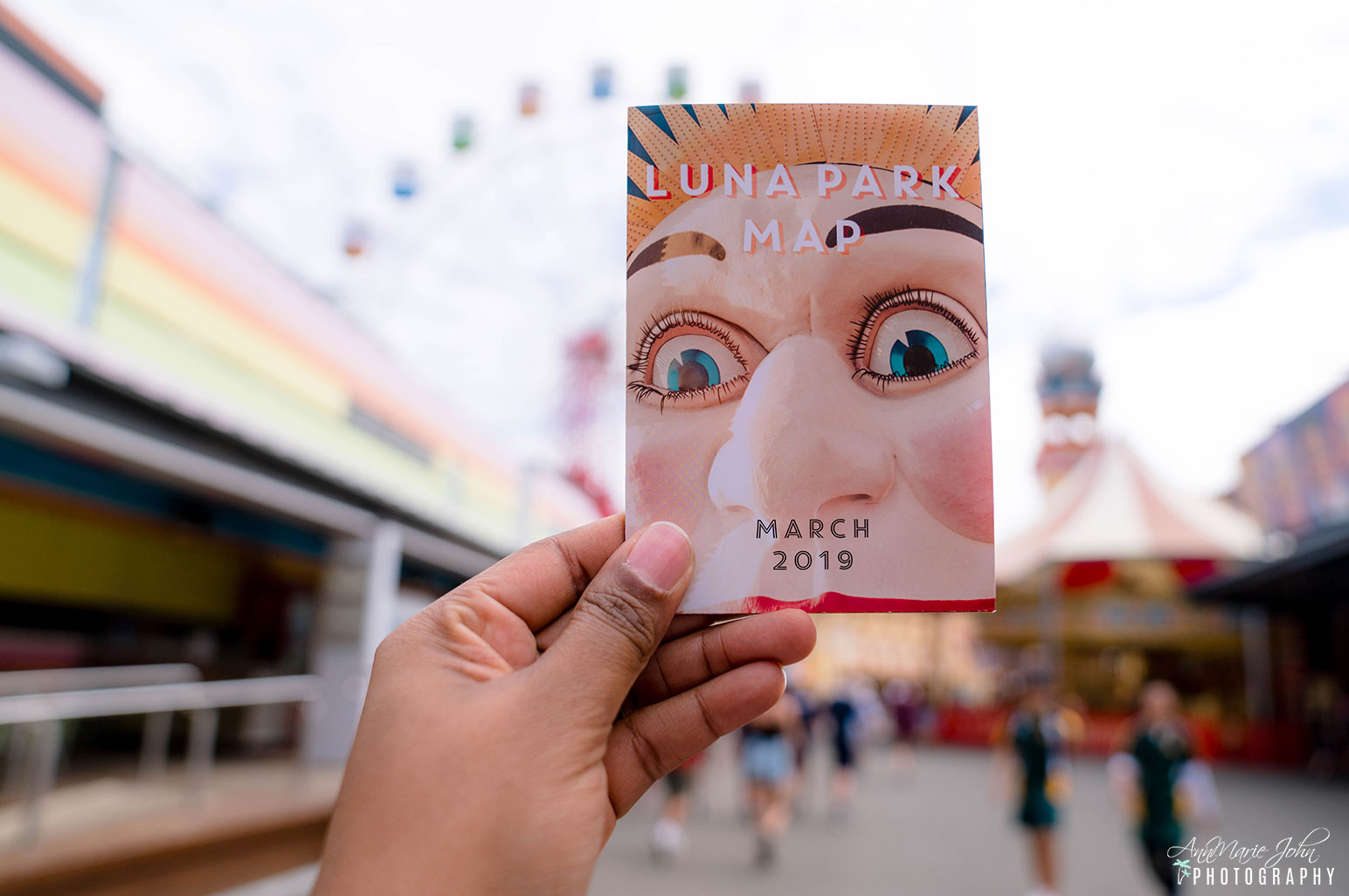 I had no idea what we were going to do once we got there. Something that usually happens whenever I travel. I usually book flights first then worry about the hotel and activities later. It’s all about being spontaneous, and something I’ve been doing more lately.

Upon arrival at our hotel the Sheraton on the Park, directly adjacent to Hyde Park, I asked concierge what to do with kids, and one of his suggestion was to pay a visit to Luna Park Sydney. Apparently, it’s Sydney’s version of Brooklyn’s Luna Park aka Coney Island.

HOW TO GET THERE?

Well, there are a few options with one of them being public transportation such as the buses. You can also take a cab or the very popular Uber, or you can do what I did if you’re staying close to Hyde Park or the Darling Harbour area and you’re up for a stroll.

Take a walk through the Royal Botanic Gardens, it’s totally worth it, trust me. Then glide by the Sydney Opera House and make your way to Circular Quay where you can take the ferry from wharf number 5 to Milsons Point. What I can say is that it gave us an excuse to ride the ferry as we saved Luna Park for our final day in Sydney, aka Madison’s fun day. 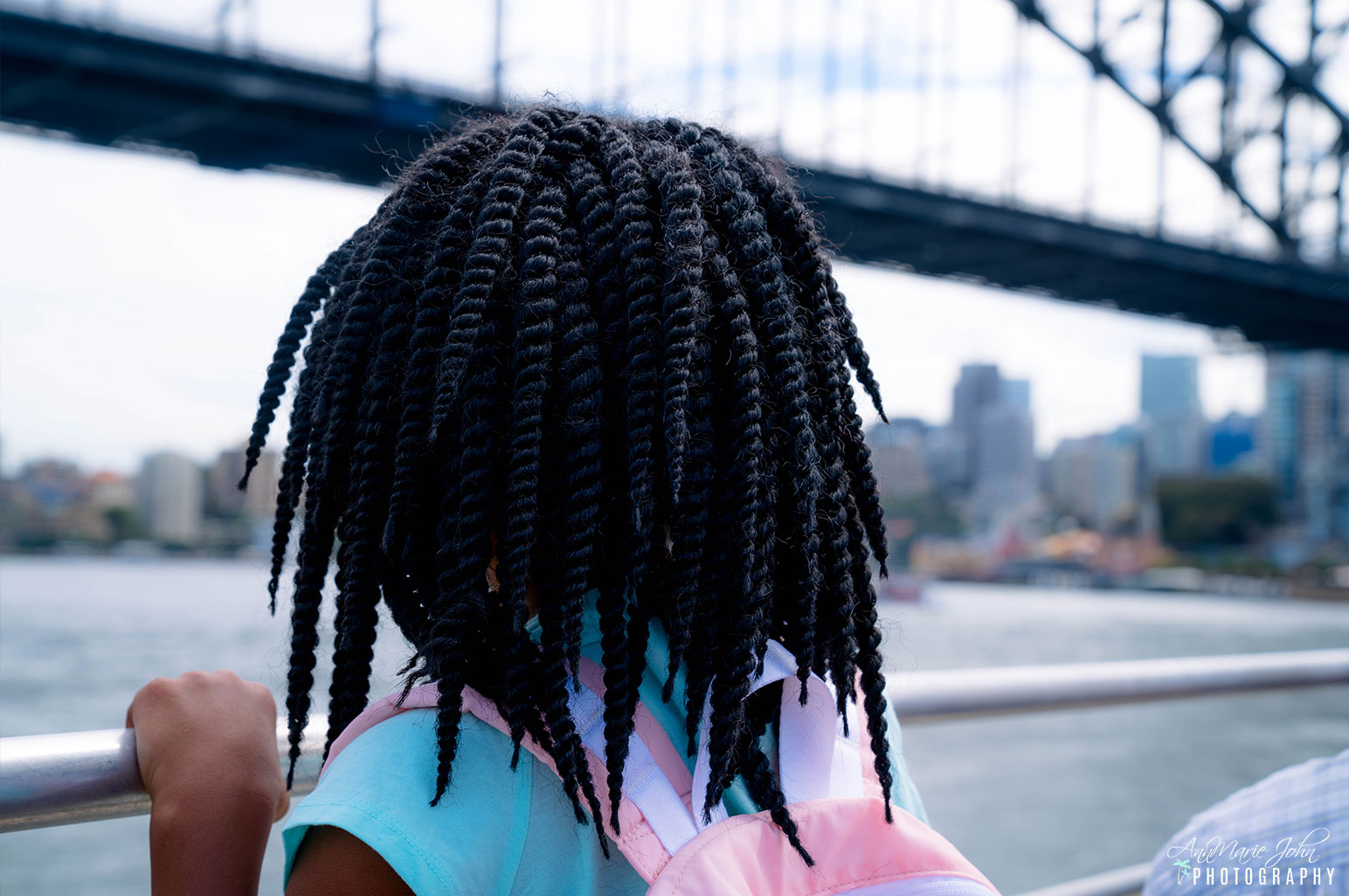 So was Luna Park worth the $100 we spent on the tickets and game pass? For the novelty, I would say yes. If you’re going for the rides and hoping to have an experience such as you would at Six Flags or Universal, then you may be disappointed. Luckily for me, Madison is very laid back and enjoys going with the flow.

Tickets are available online for a small discount compared to getting your tickets at the park’s ticketing booth. The process was relatively simple, and I was able to show the PDF version of my ticket on my mobile device and issued colored bands for our visit. If you’d like to store your bags, then lockers are available. 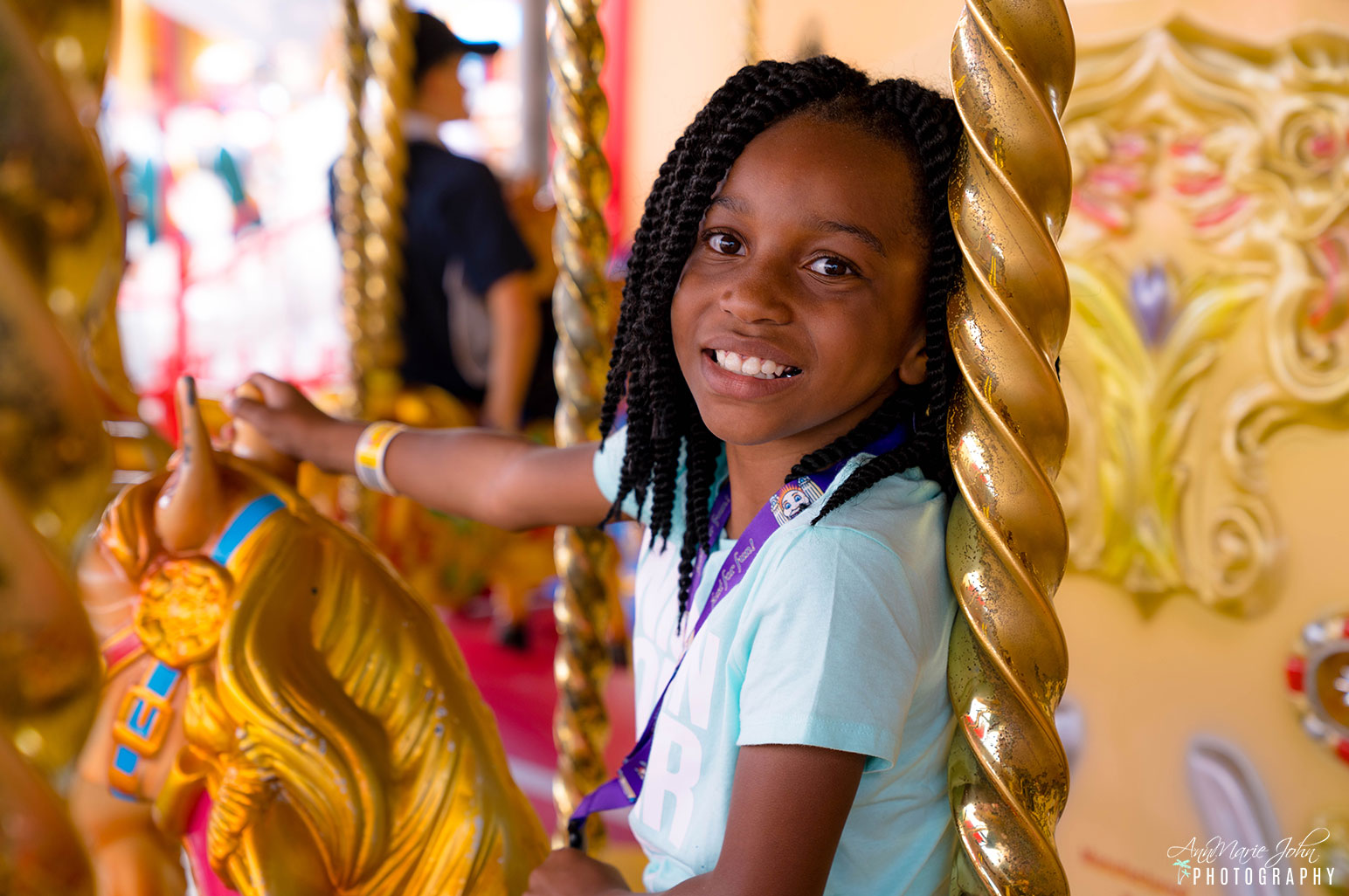 Rides and tickets are determined by your height, cm instead of inches, so brush up on the metric system before visiting Australia. Quite a few rides were “being worked on” when we visited, but the ones that were operable were fun enough for Madison. There weren’t many available for very small kids; however, there were a bit more for the older children. Madison apparently grew over the holidays so was able to get on the rides all by herself which she enjoyed. If your child is too short for a particular ride, they may be able to get on with a paying adult.

As someone who has always stated that she was afraid of heights, I was surprised to see Madison get on the Hair Raiser, step off and explain that it was “fun,” but however, she did not want to do it again. I guess once was good enough. She then did the bumper cars followed by the Spider which she also enjoyed. There also weren’t many games open during our visit, but once again maybe a weekend might have been different. 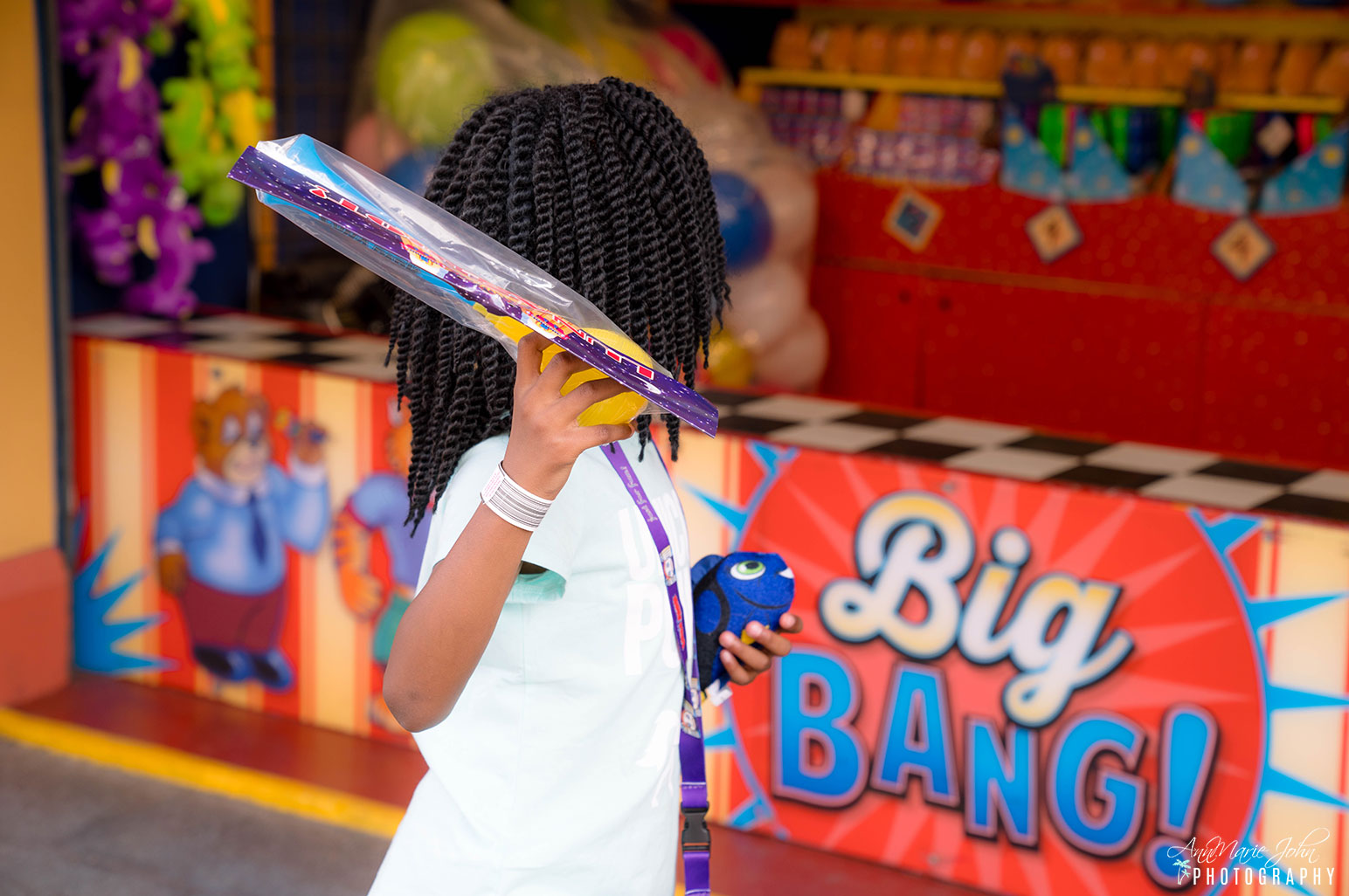 There were also quite a significant number of school children on the day that we visited, and without them being there I would say that the park might have been empty as they made up about 80% of the occupants of the park that day. However, schools were still in session in Australia, so I imagine the weekends would be busier compared to a weekday.

What Luna Park lacked on games and rides, they made up for it with their charm. There’s a picnic area for those who just want to relax and have a chill day after getting on the rides, and you also have a lovely view of the Harbour Bridge and Sydney Opera House in the distance. However, their Ferris Wheel is definitely a must-do. You get a fantastic view from up high, compared to the eye level view you would get from the picnic area. 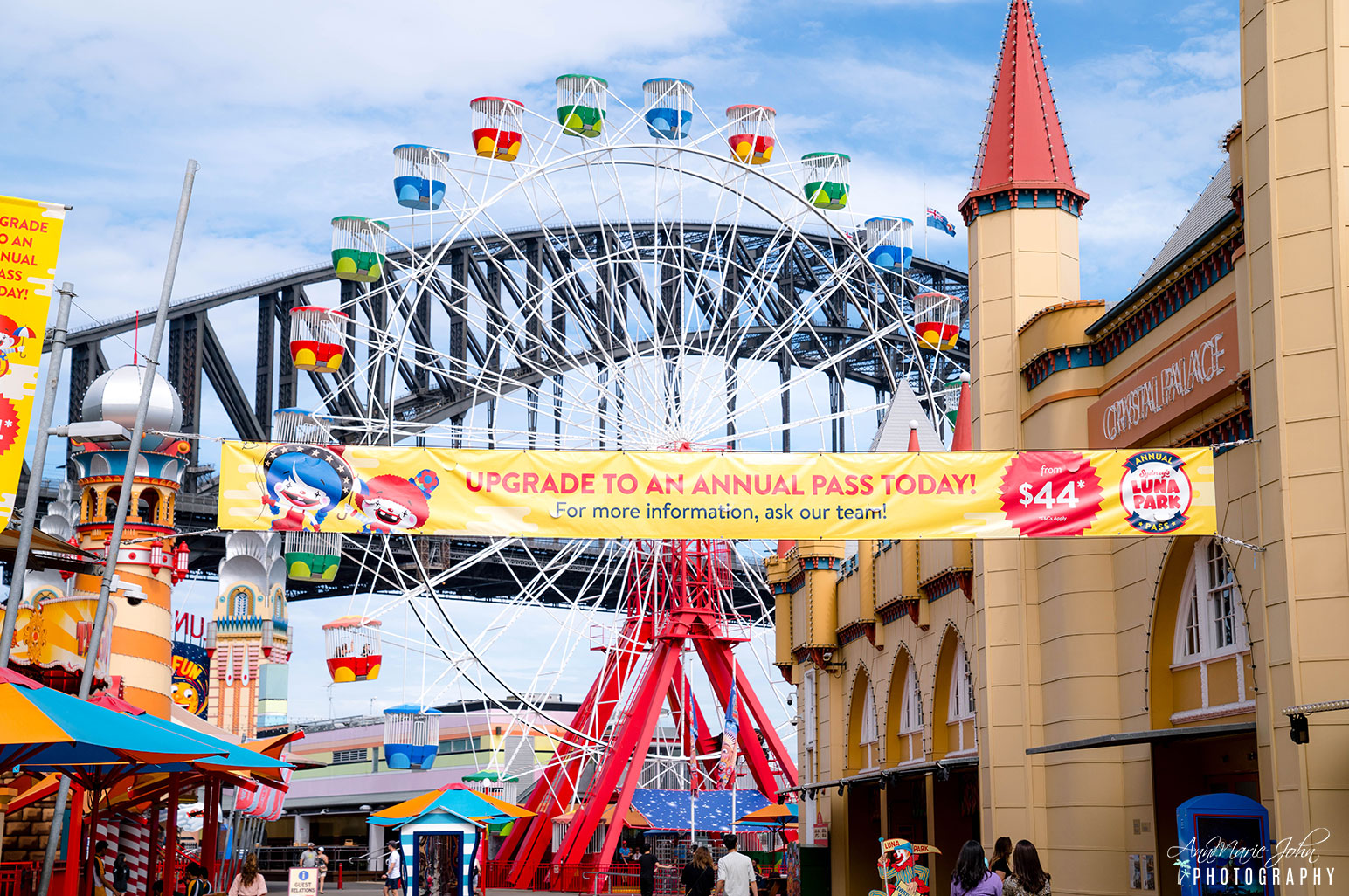 So is Luna Park Sydney actually worth visiting? I would say yes. They’re a historical piece of Sydney and have been in operation since 1935, so if you’re visiting Sydney Australia for the very first time, then a visit is definitely a must. However be sure to pay attention to the park calendar and weather.